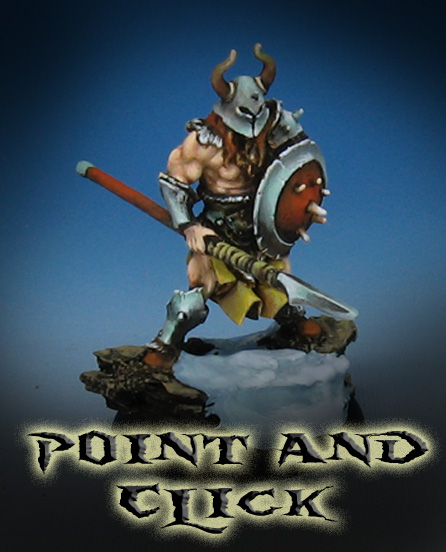 I haven't done any kind of conversions with the Red Box Games figures yet, so I thought you might like to see some of these spearmen.  The figure was originally a swordsman, but it was quite easy to place the hand with the spear in that spot.

I only had to cut off the rest of the arm at the wrist near the spear, drill a small hole for a pin, and presto... instant spear!

The entire unit worked out well in this fashion.

Lots more of these guys to come! 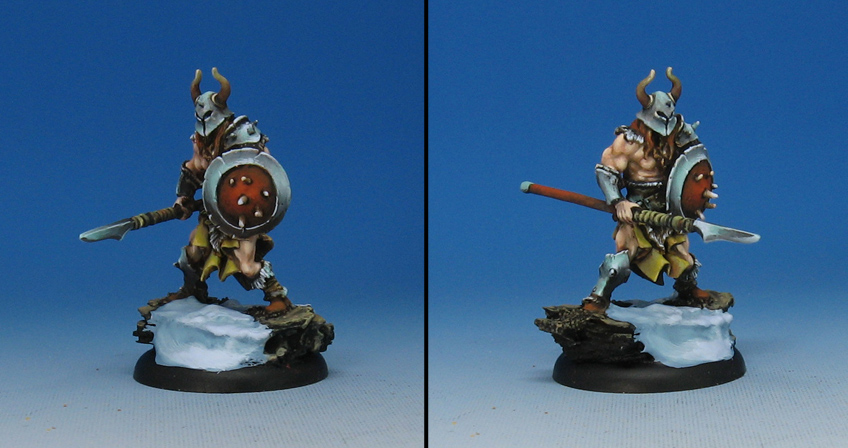 Posted by wappellious at 3:28 PM 4 comments: 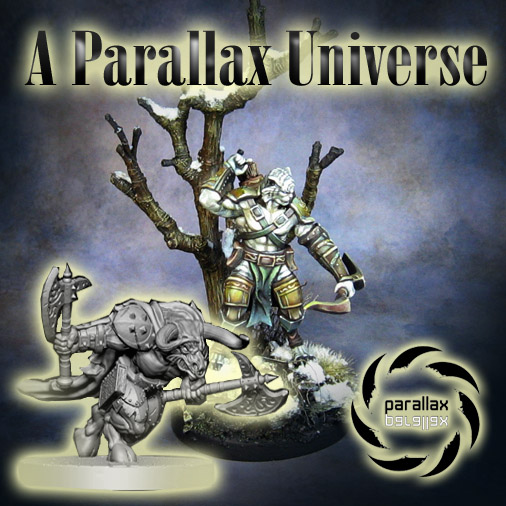 Under way at this moment is an interesting miniatures game kickstarter campaign, brought to you by Parallax.  If you are looking for some very unique and interesting mid-range monsters, you certainly have some here!

There are a number of Minotaur characters in the game, each of which is full of character and movement.  A great example in this image. 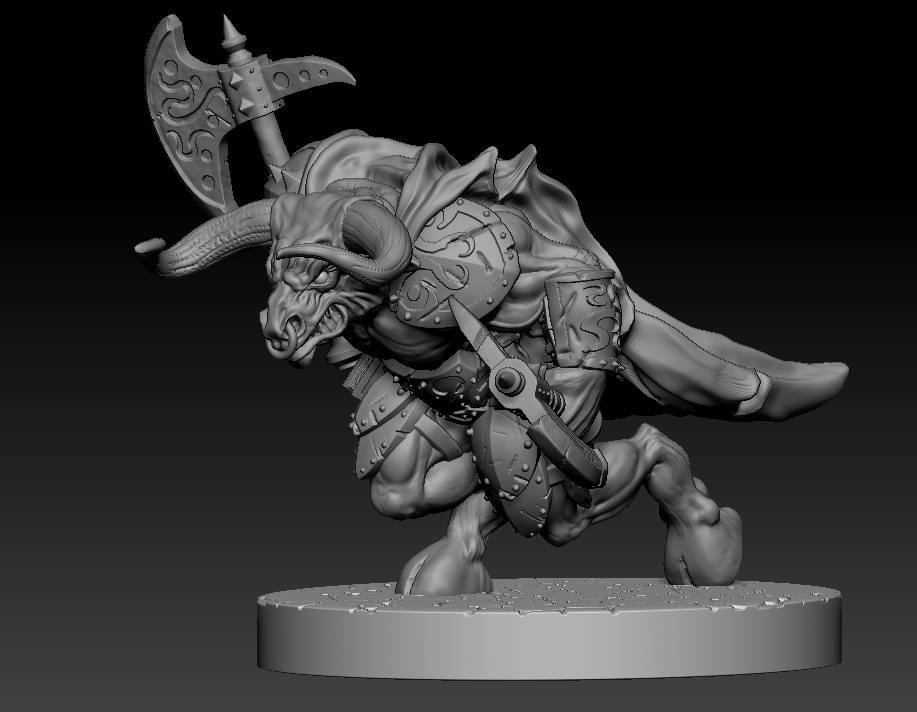 Did I mention movement and character?  Yes... try out this one!  Every time I look at this picture, I think of more and more painting effects that I can try.  Definitely a new favorite. :-) 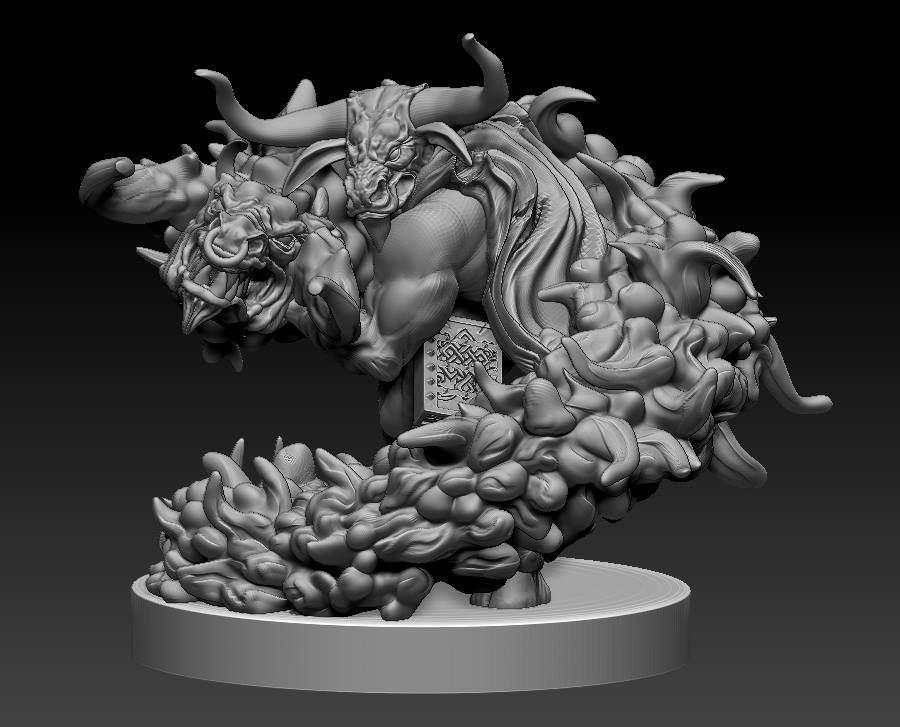 What first drew me to the Parallax line was the Cat-Man figures.  Long ago, we had done a few sketches of possible sculpts of this type of race.  I never got a chance to do any sculpting of those designs, but now I have some to choose from!  Yay! 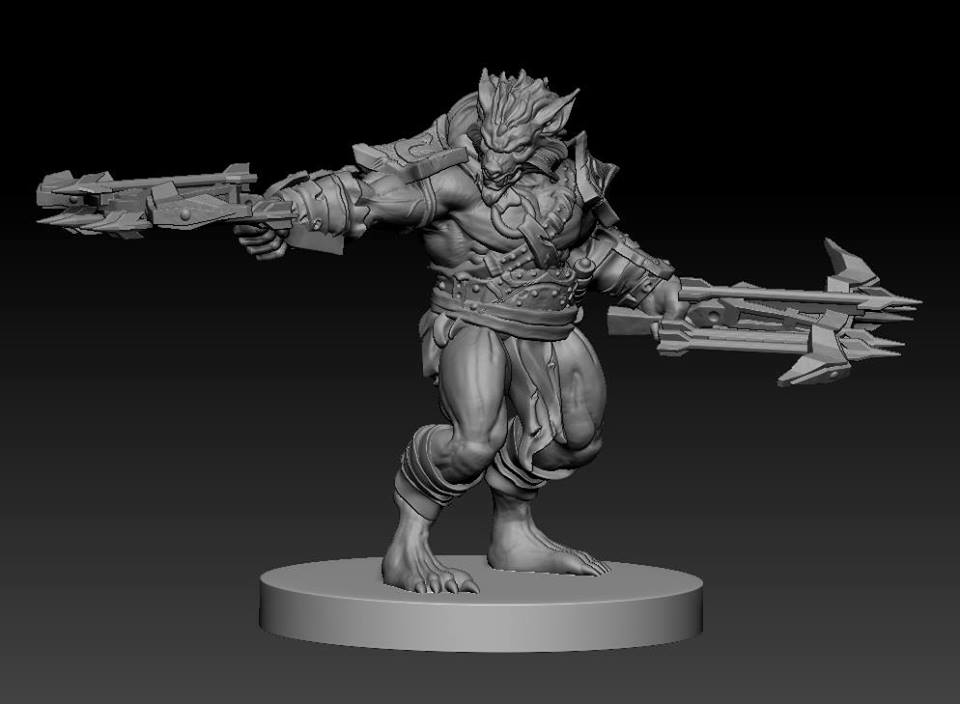 This is a figure that I am finishing up now, so you will see him at some point late next week. 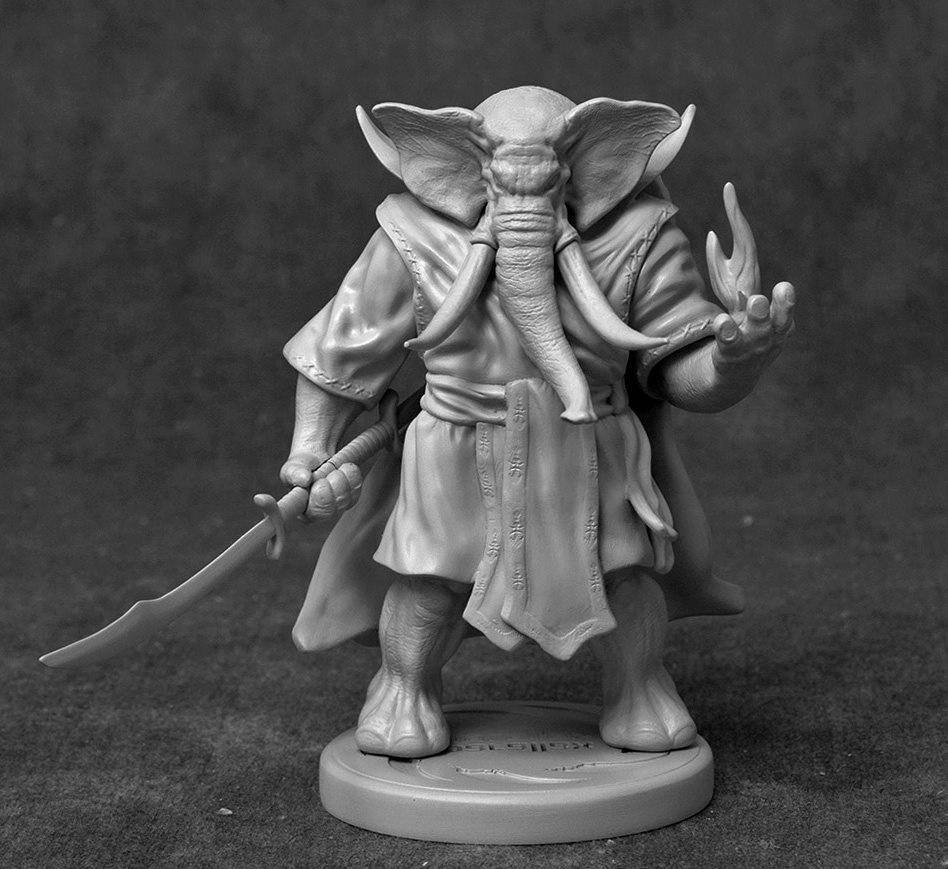 I didn't think that it was possible to get this much movement in an elephant type of figure, but that was accomplished here quite expertly.  It would be amazing to paint! 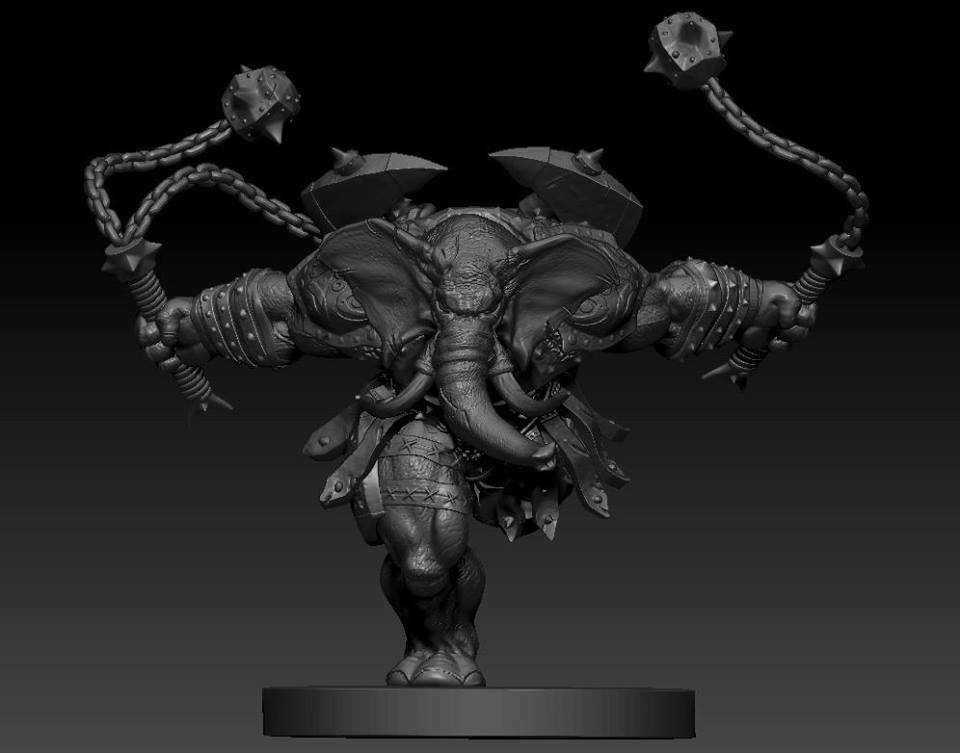 This is another new render which I had not seen previously.  I love the shield on the back, which is one of a few figures which did not ignore a potential area for fun additional details! 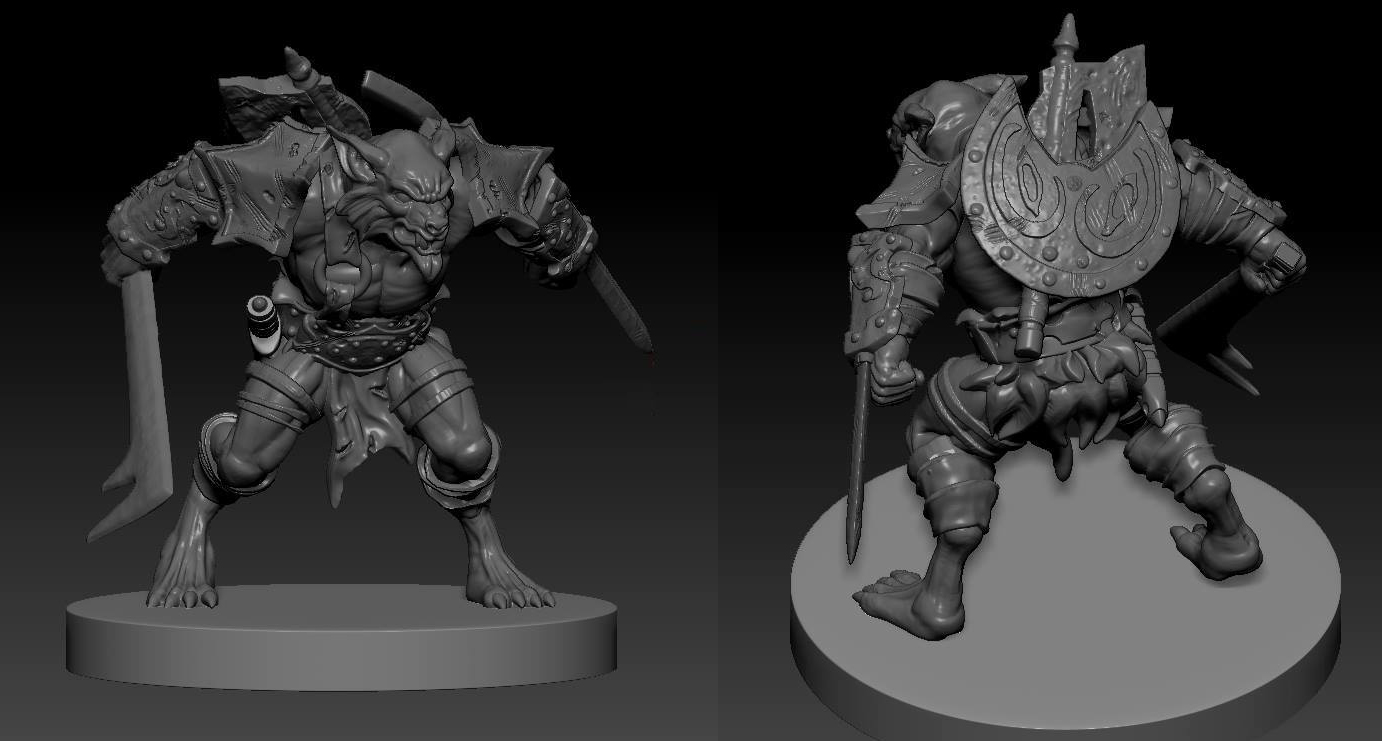 This is an example of the character cards... 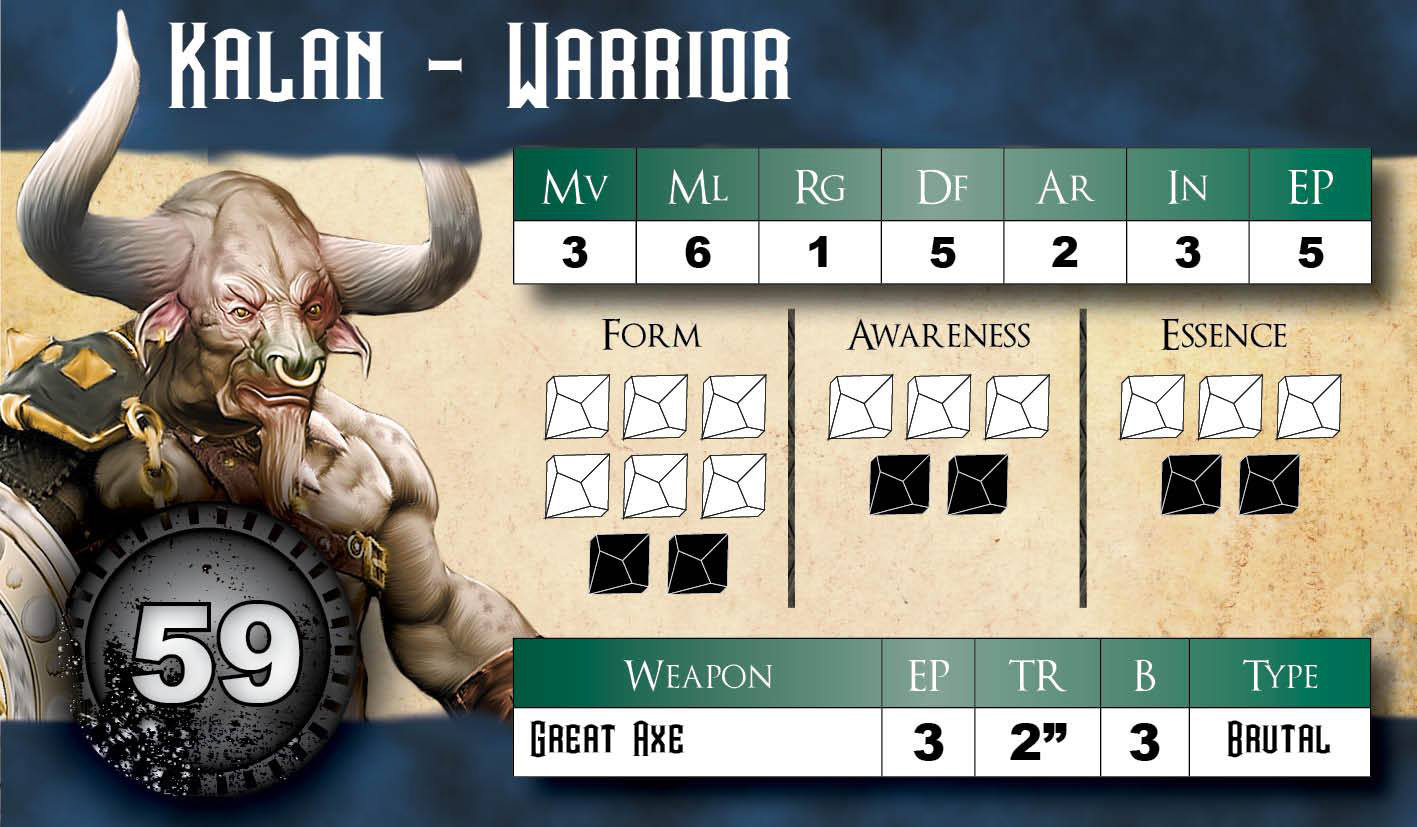 Not all characters are monsters.  Here is a human sized figure. 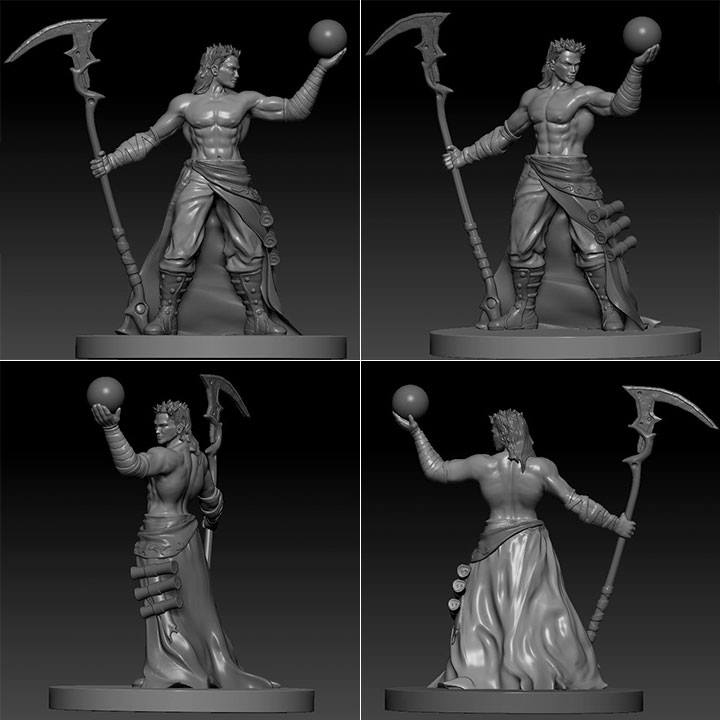 Now for a look at a painted mini!  I loved painting this guy, and creating the base for him.  I believe that he's on a 50mm base.

One last image, and a link to the campaign... just 11 days left!

Posted by wappellious at 3:43 AM No comments: