Colonel Klink... you are a dumkoff! 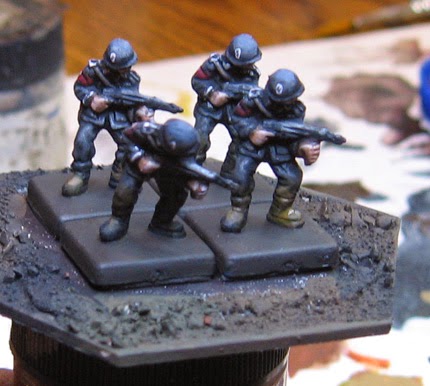 All right, some pictures of the other Germal special units... this time some Gestapo.

This is what they looked like right before the glazes. 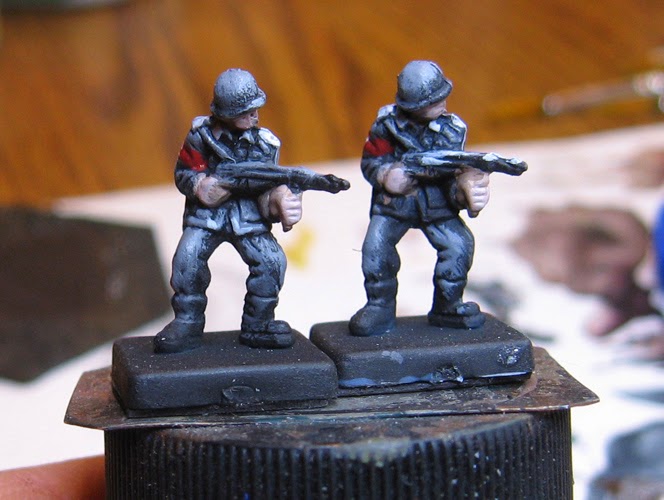 Just after the glazing, using the Black Shade from Vallejo, and the various Reaper liner paints. 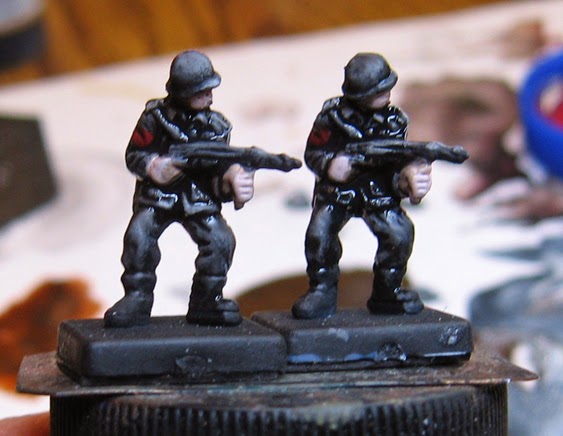 Details are added, as well as a bit of mud and dirt. 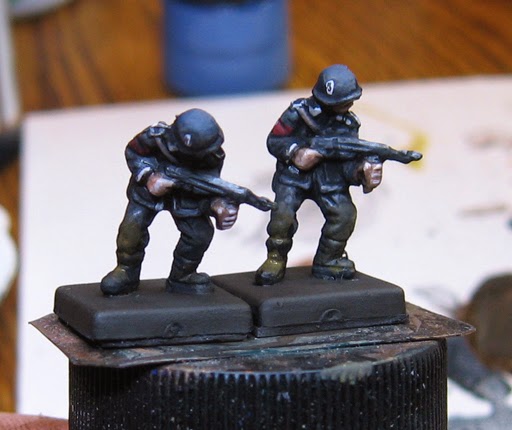 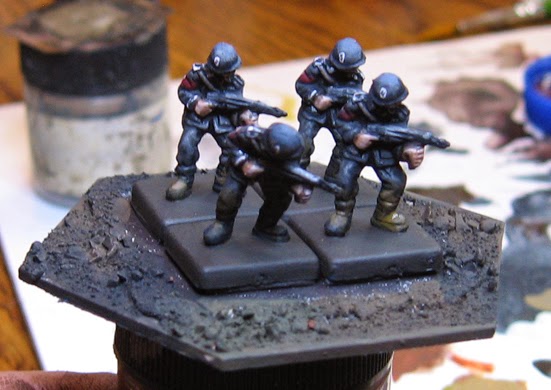 To make the initial layers of paint on the hexes, I had a green, a brown and a black.  I used a beat up craft brush to apply the colors, changing the locations and allowing them to blend together. 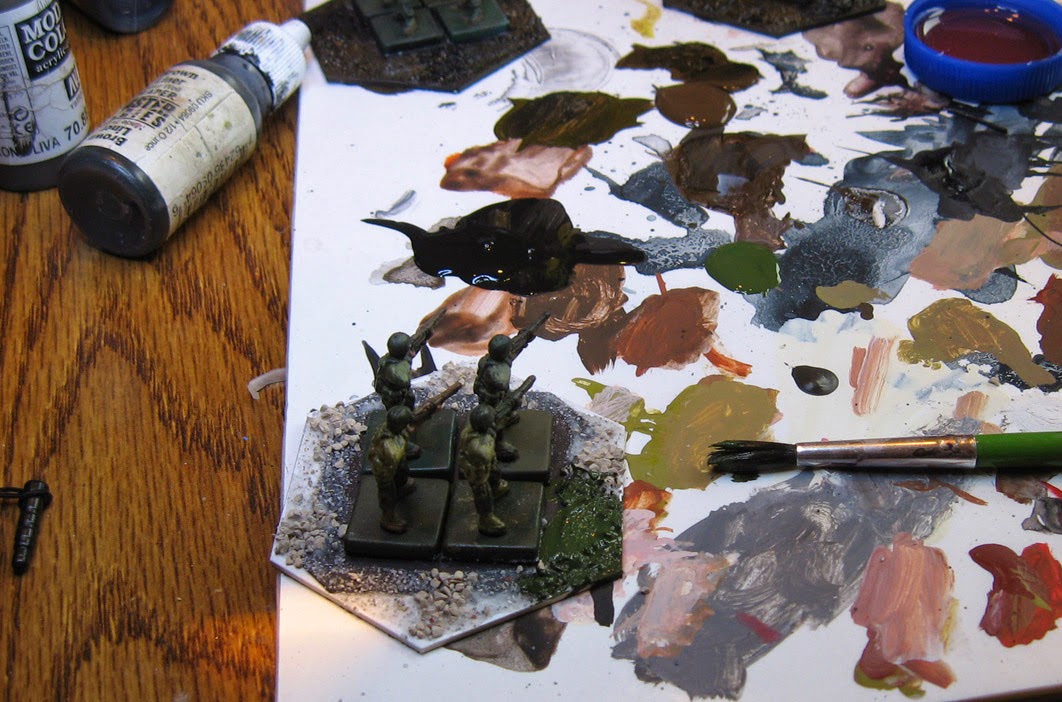 OK!  We have the Italian unit, the Waffen SS, and now the Gestapo. 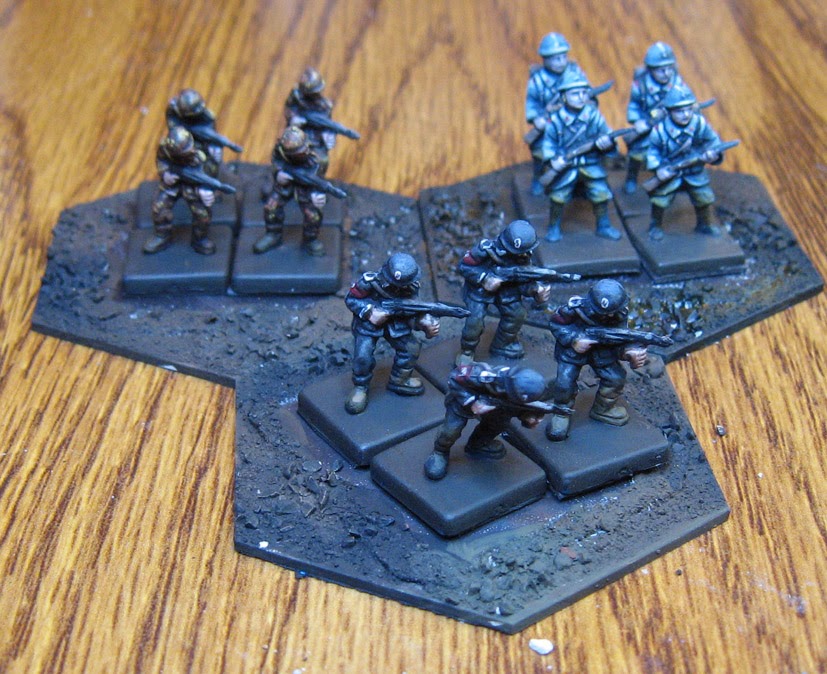 This image has the Gestapo, the unpainted, and a unit of regulars that Rich painted. 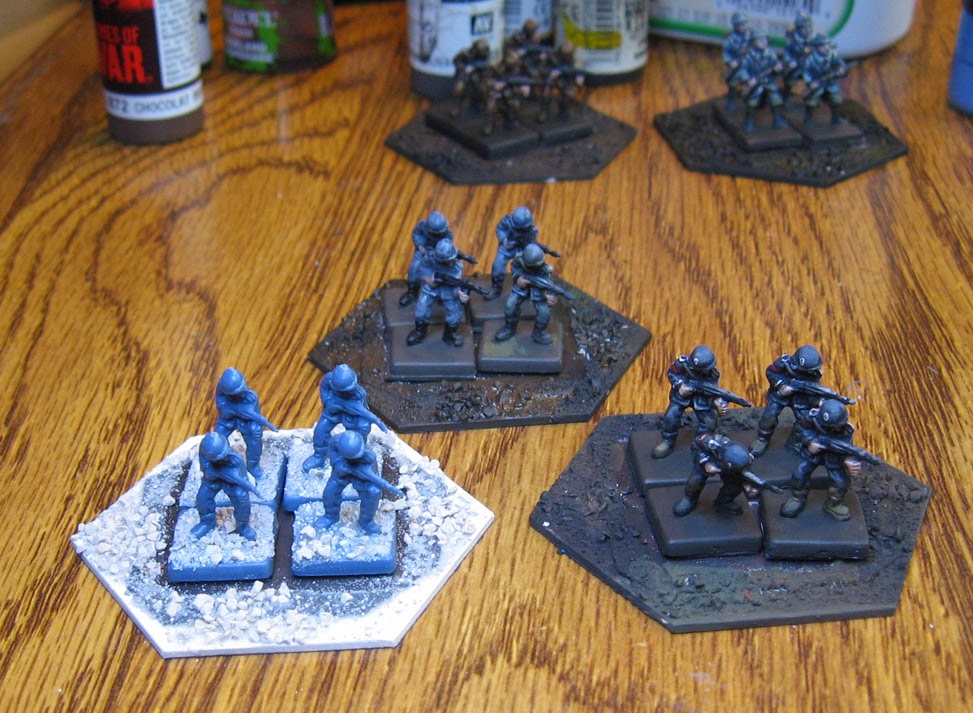 Another shot with a comparison of the regular next to the specials. 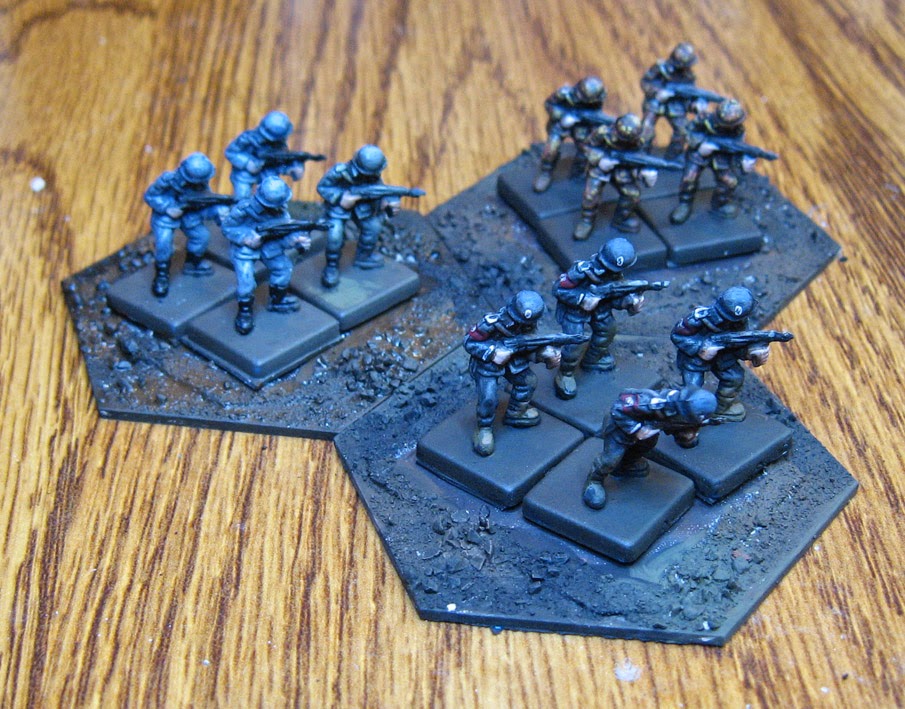 Lots of infantry here!  The Americans are on the right. 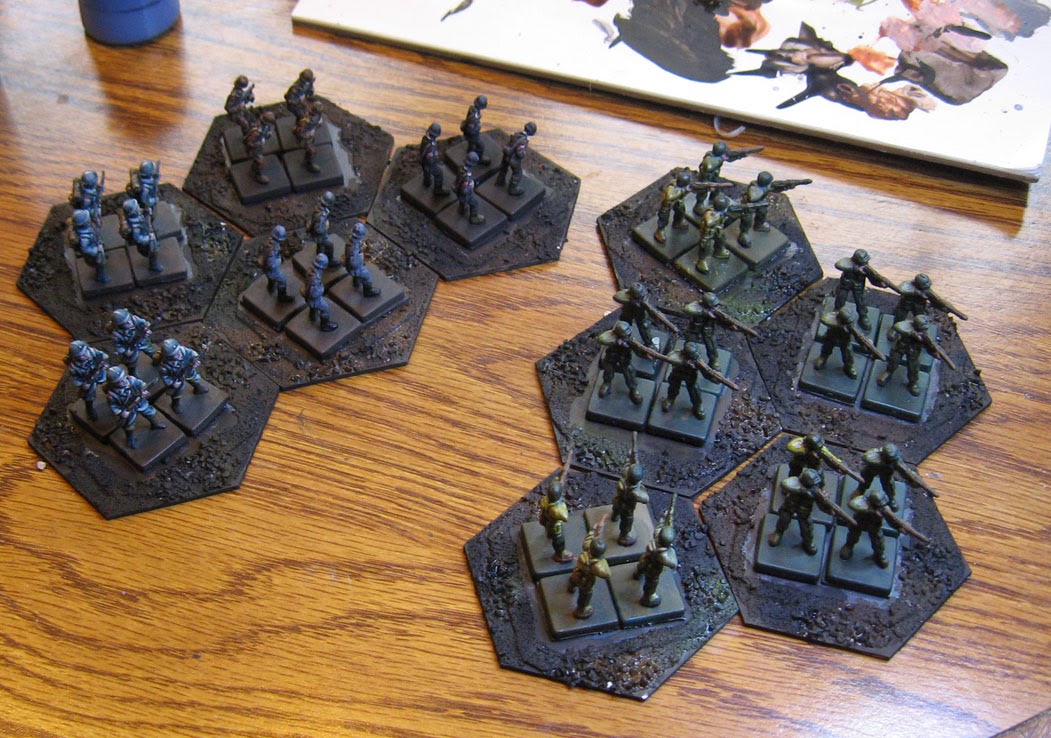 Posted by wappellious at 2:47 PM 2 comments: 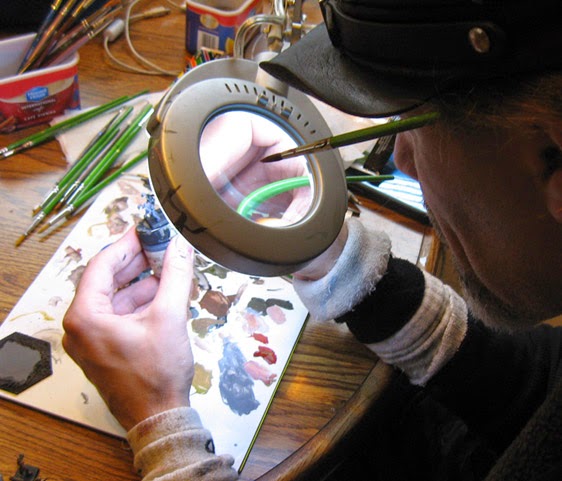 The last "Paint and Play" session saw us painting some specialized Axis units.

The original box of Memoir '44 comes with a huge amount of infantry for both sides, but I believe all of the sculpts are the same for each one.  The Germans, for instance, have one pose/uniform.

Since a number of the scenarios call for specialized units (which are normally marked with a counter), we thought that a few of the squads could be painted in different color schemes.

We chose a few, including the Waffen SS, which had some very unique camouflage uniforms.

The colors I would use were quite similar to the set used on the Tiger tanks (see previous post). After starting out with the tan/brown color, I set out a darker olive green, and a terracotta color.

The green went down first, using a more worn out craft brush.  This would go along way towards establishing the 'pea pattern' so well known for the Waffen SS.

The terracotta shade was painted over the green and tan, just in lesser amounts, using the same craft brush. 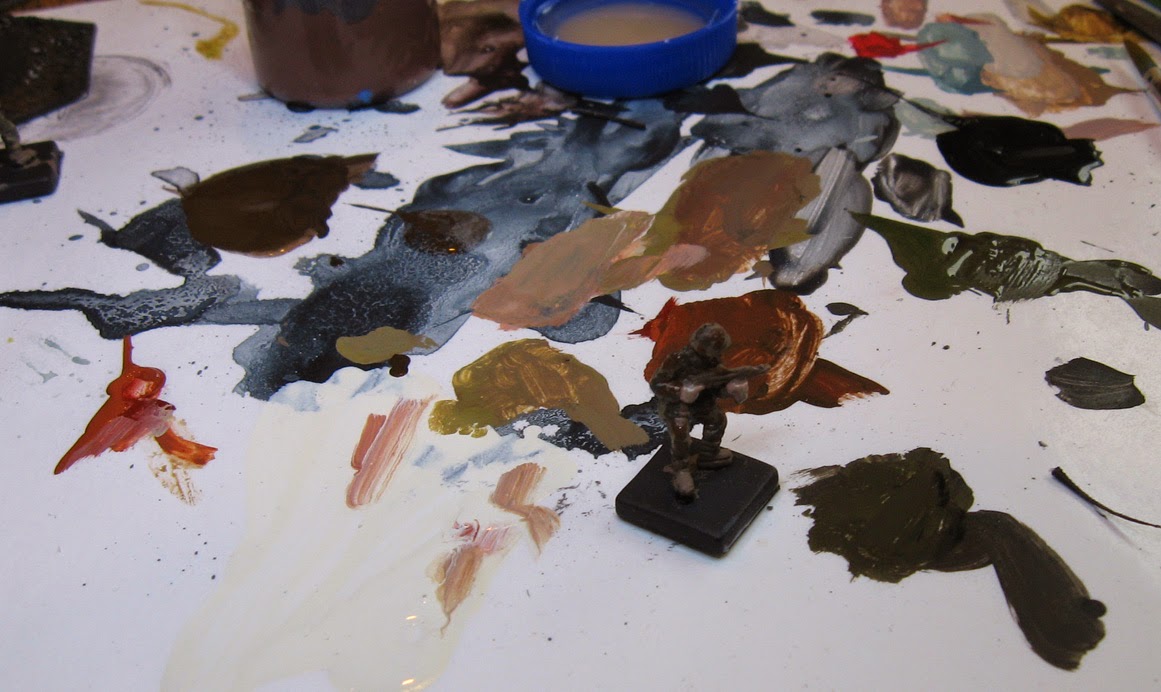 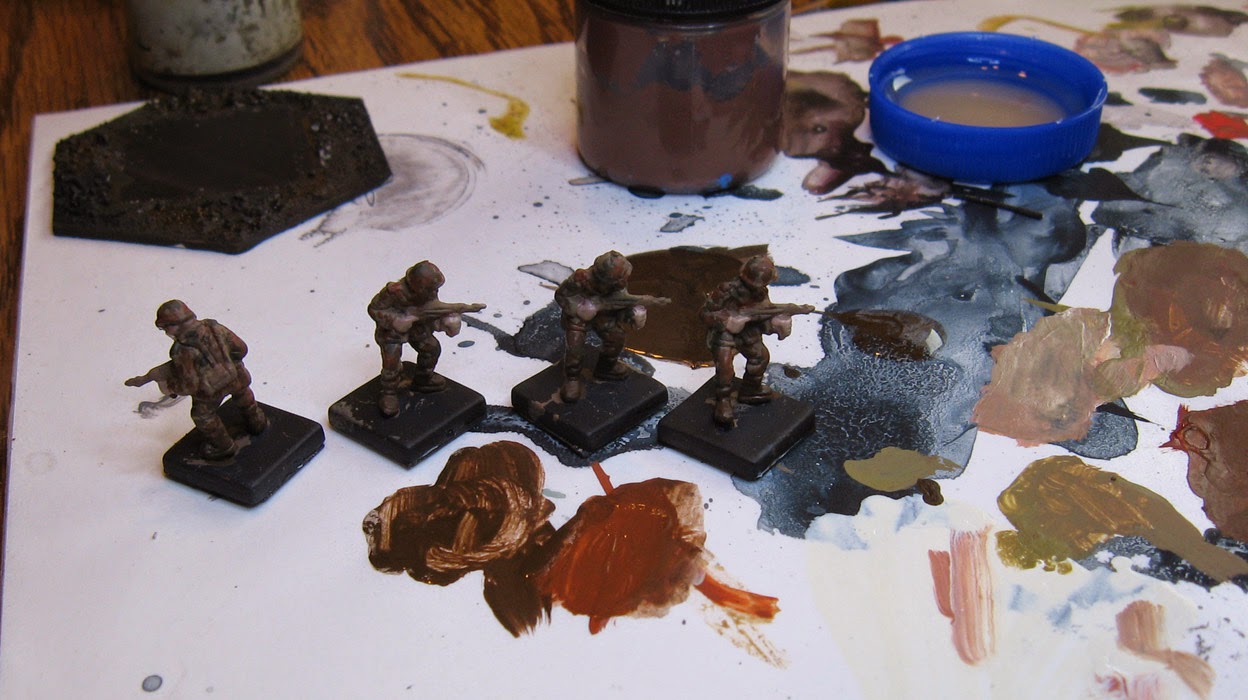 Here's what they looked like before some darker glazing and shading. 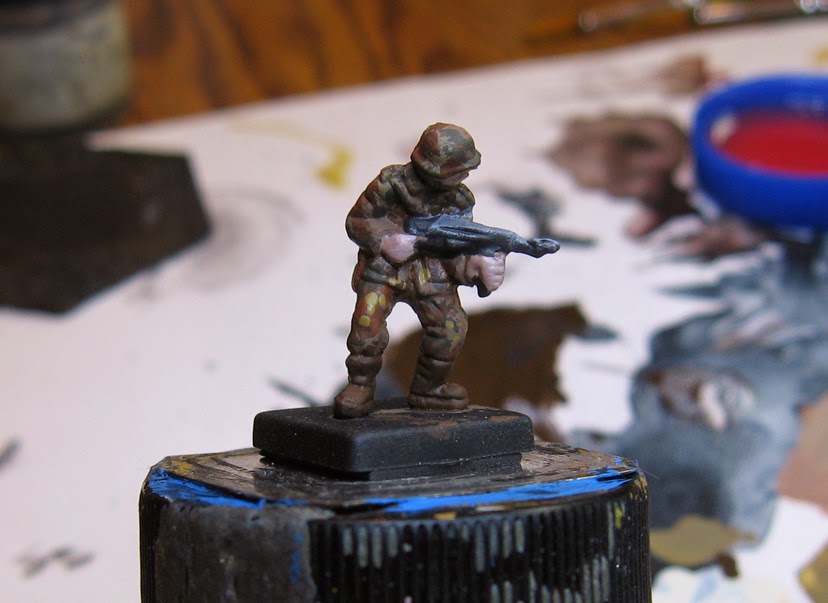 I had the Vallejo Black Shade, along with a number of Reaper liner paints.  Those make some very effective glazes, particularly on scale as tiny as this.  They offer a lot of control with incredible pigment integrity, no mater how much water you toss in.

They also combine very well with the Black Shade. 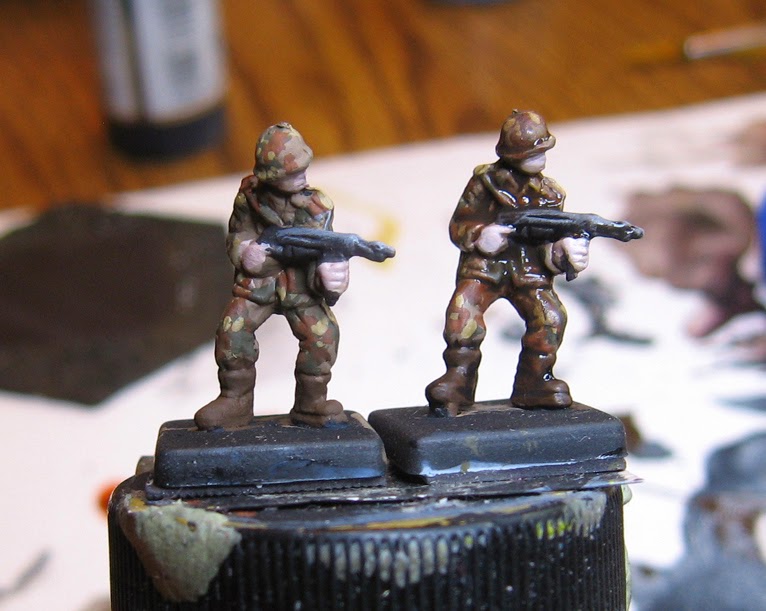 Once the darker shading was complete, I went back in to pull out some details on the skin, weapon, and enhance the camo pattern.  For the most part, I painted some smaller light dots of tan and terracotta. 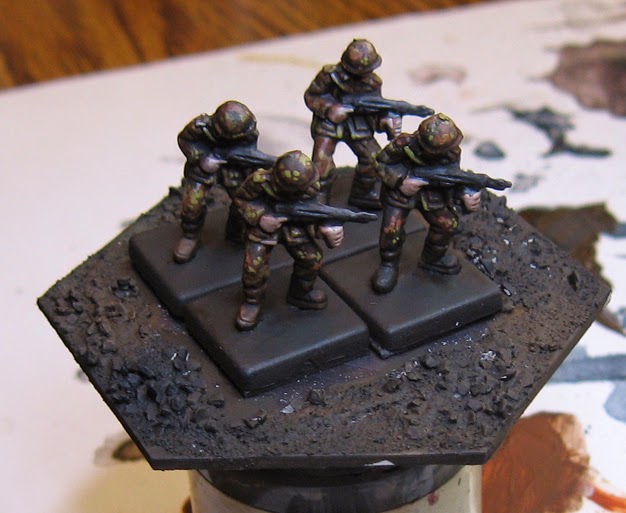 Another look.  I will be adding gravel and flock to these to create more of a setting. 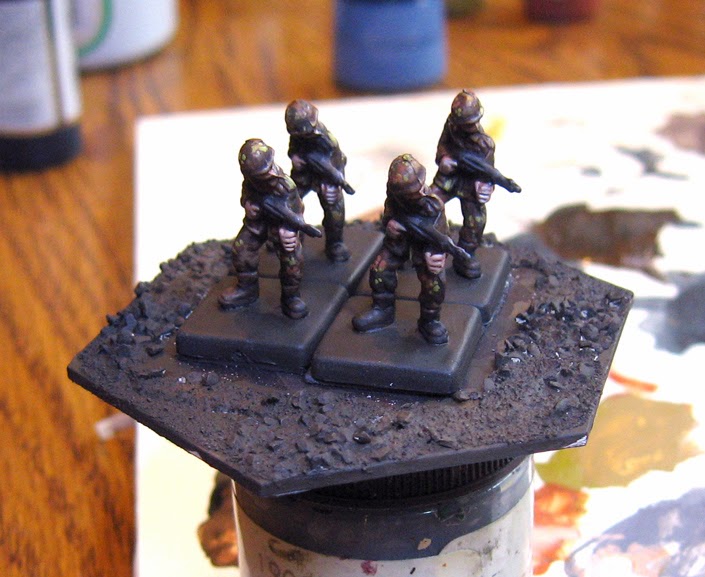 And a preview of what's coming next.  As I was working on these guys, a Gestapo squad was also under way!  Stay tuned for that.

Rich snapped a few images as I was painting.  I use my LED magnifier light for everything, but it REALLY comes in handy when the figure is only 30% the size of my 'normal' figures!!! 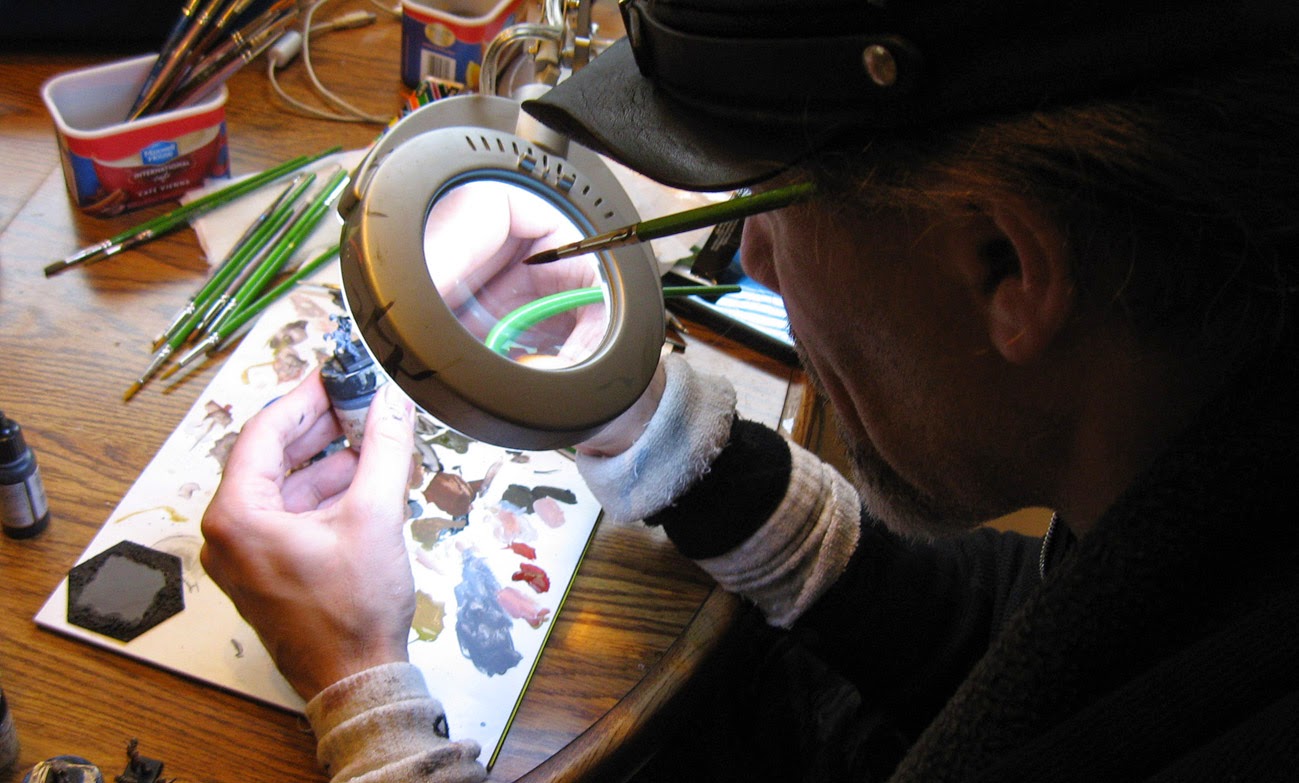 Posted by wappellious at 2:43 AM 5 comments: