As promised, here is Theo on foot.  It was fun to be able to paint a non-helmeted version of him as well, and get to do a bit more with the armor and sword.  I also have some images next to his big buddy! 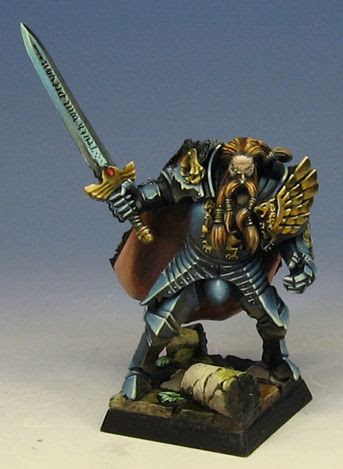 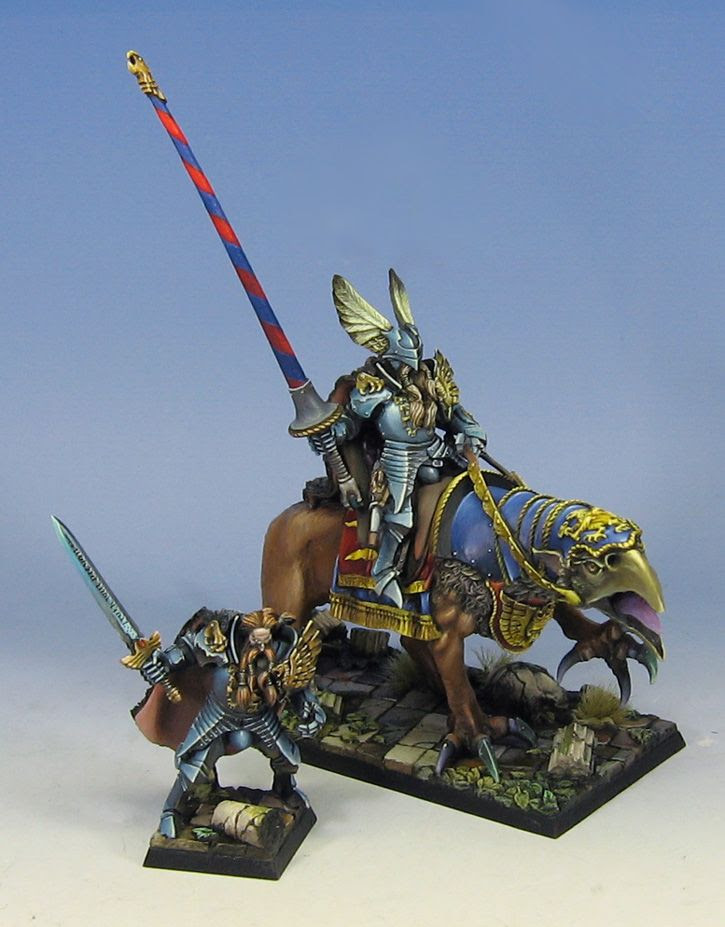 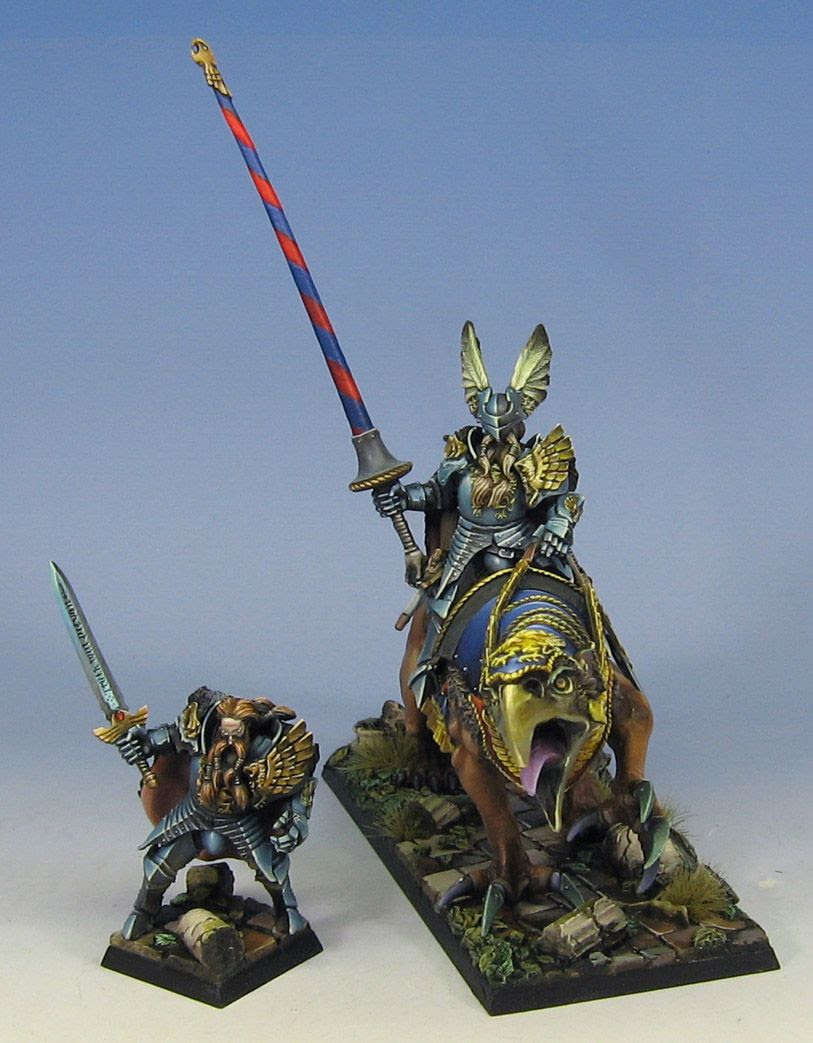 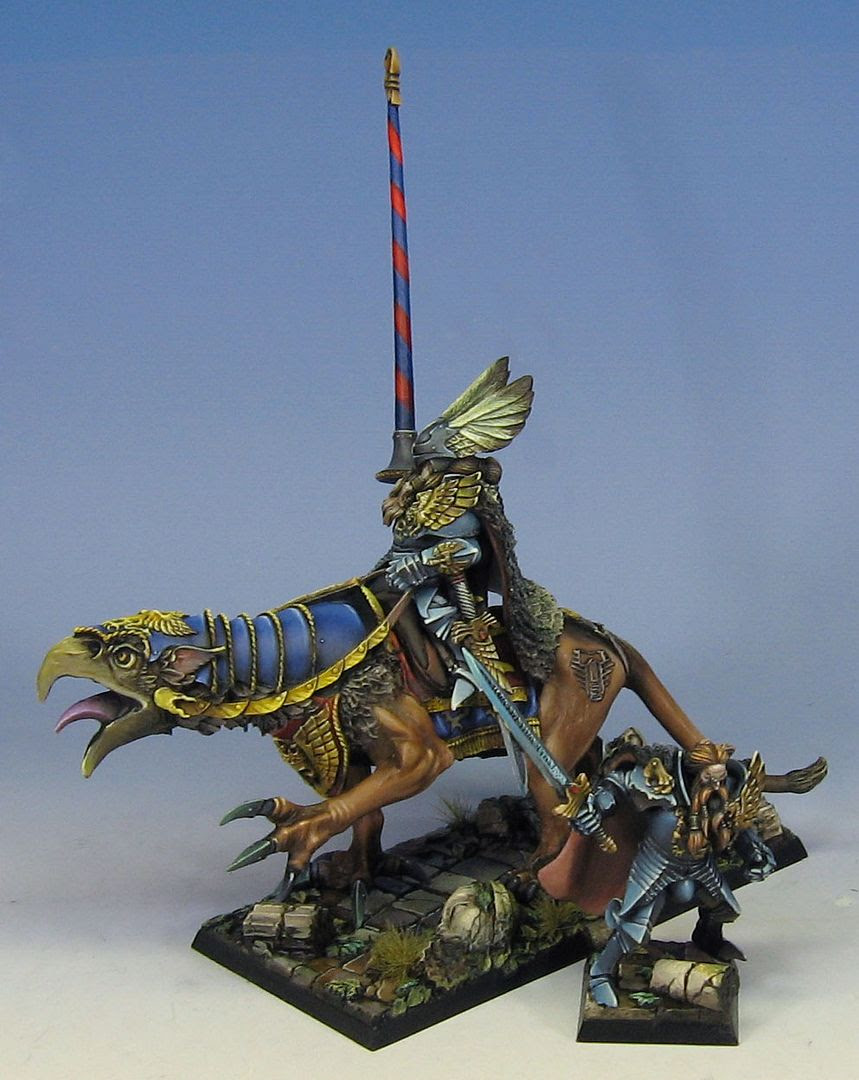 This set gives you the rest of the squad.

At the time, this was the first space marine unit on which I tried out the new shaded bascoat technique.  I began with a mix of scab red and rotting flesh, gradually increasing the amount of rotting flesh until my highlight layer, which involved some ivory added to the mix.  The whole idea behind this technique is to start out light and go lighter, rapidly covering every surface, quickly establishing where all your lights and darks will be as soon as possible.

All of the tinting and shading from that point was layer after transparent layer of very controlled glazes.  These were done with small liner brushes, again with as much control as possible.  The initial layers were ogryn flesh and baal red watered down.  The mix became more pure, until I started to add some asurmen blue to the mix.  The final layers saw me add a bit of badab black to that glaze mix.

Whe I realized that you canmix the glazes together to create some very nice combos, that made the new technique quite handy.  The idea is that I can start out with very simple, easy to remember colors (a middle tone and a light color), and shade darker using the same glazes.  It makes it a lot easier to match colors long after your initial painting!  I did abut 25 of these guys, and it was great not to have to write down any formulas  or hopelessly try to keep a color "alive" over the course of 20+ marines!  The task here was to create a deeper red, one that was not so "Blood Red".  The tinting really helped with that! 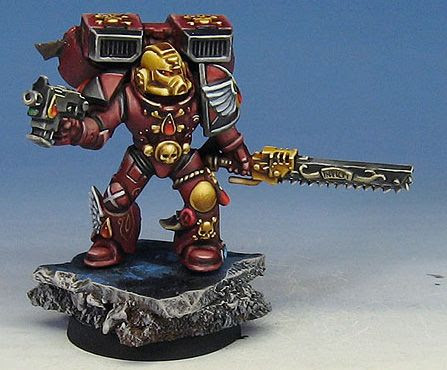 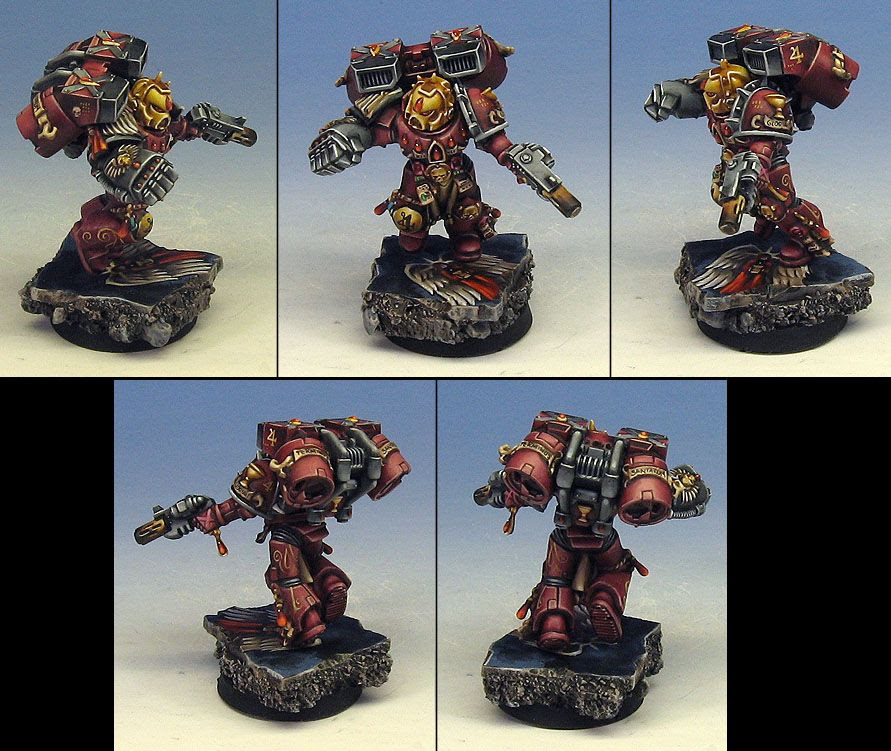 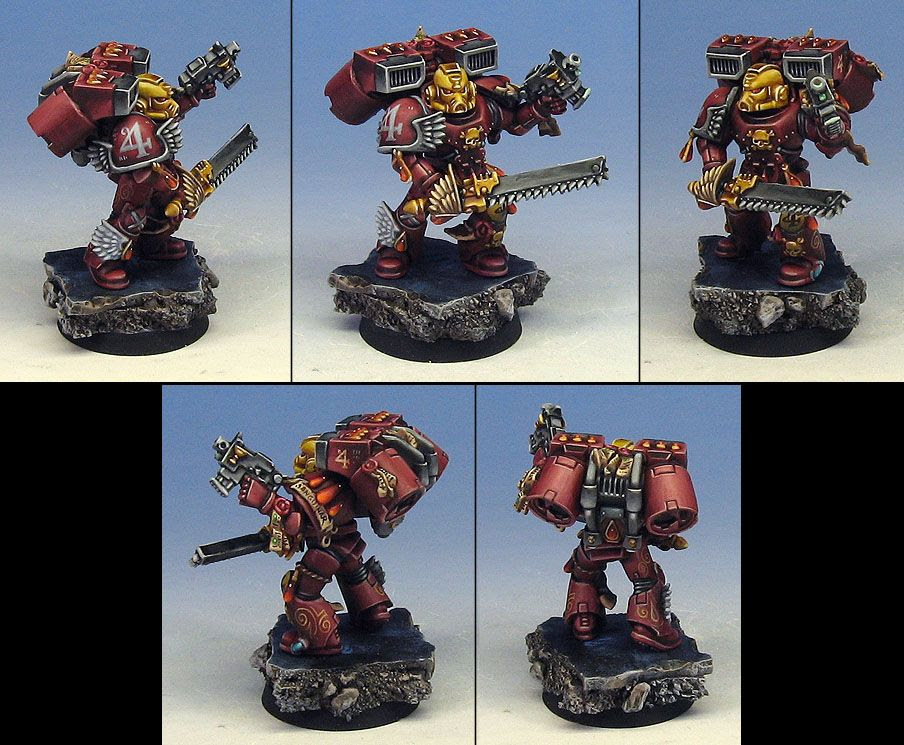 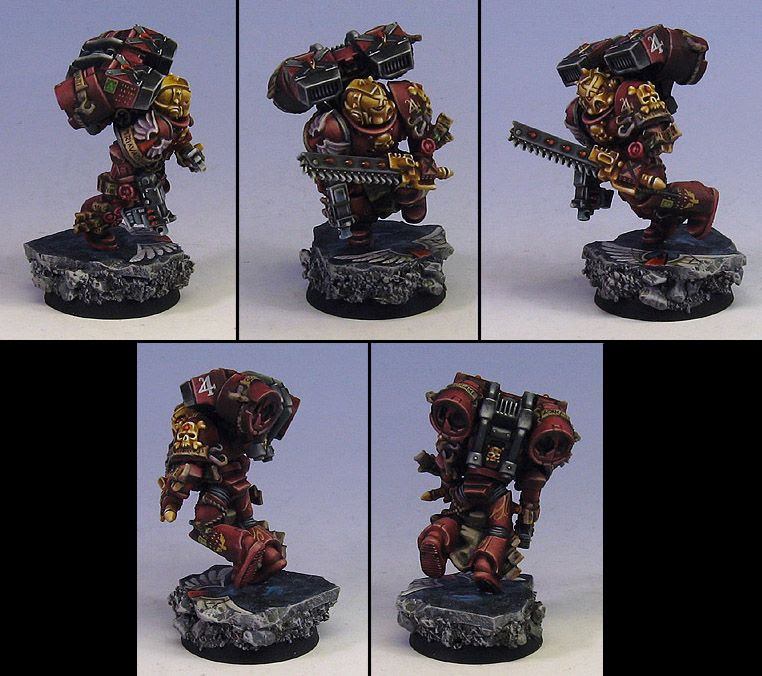 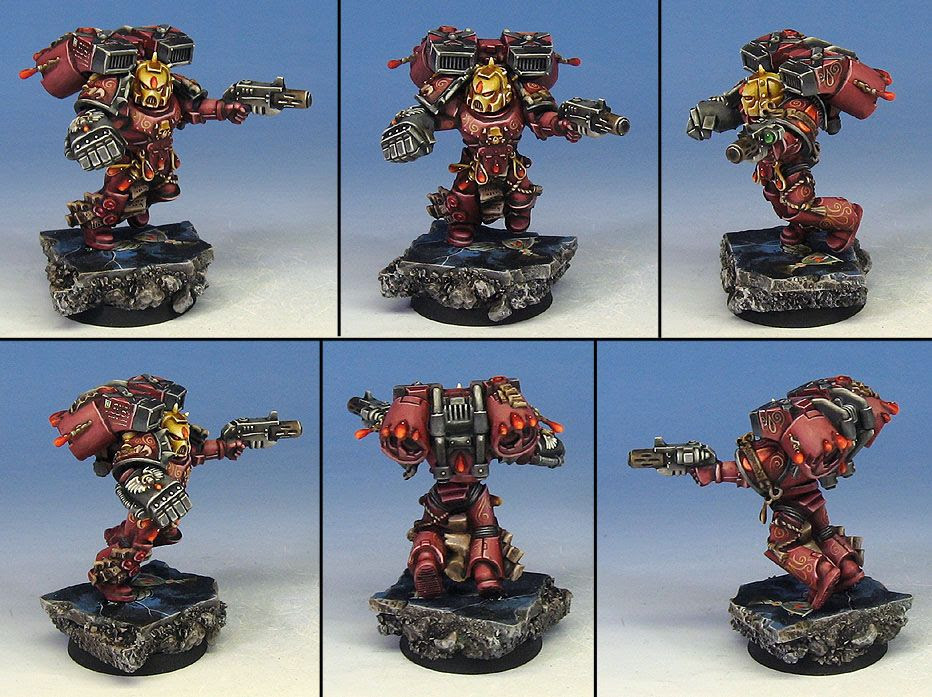 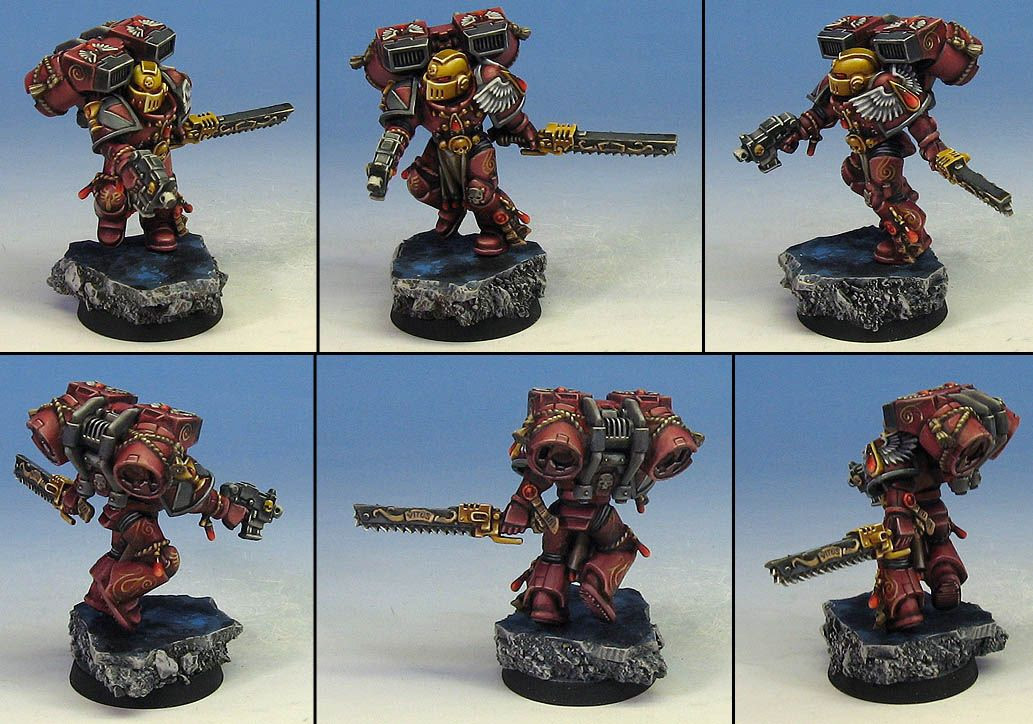 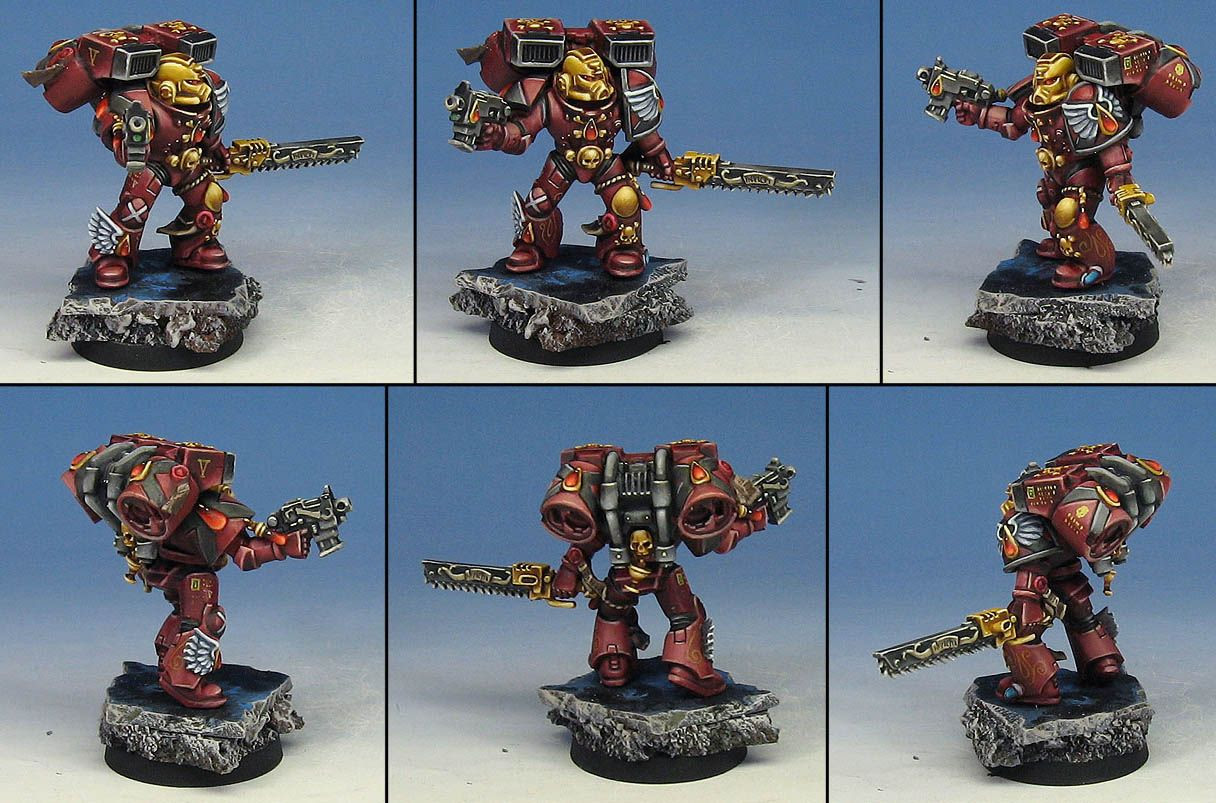 This is the initial color test piece:

This particular group of Blood Angels is notable to me, in that these units were the first time I used my new "shaded basecoat" technique on miniatures which were not my own!  If you scroll around through past posts here on the blog, you will see lots of references to the shaded basecoat method.

It has developed much more since this squad, and it looks like it will develop some more.

My wife and I tried out the new "dry" paints from GW, and I did some experiments mixing them with other regular paints and mediums.  I was able to do some significant damage to some test figures, which was really encouraging!  We hope to get the whole range of the "dry" paints next week to continue testing. 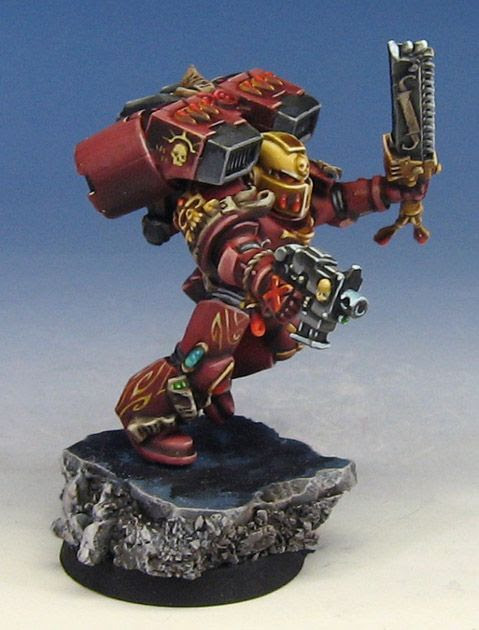 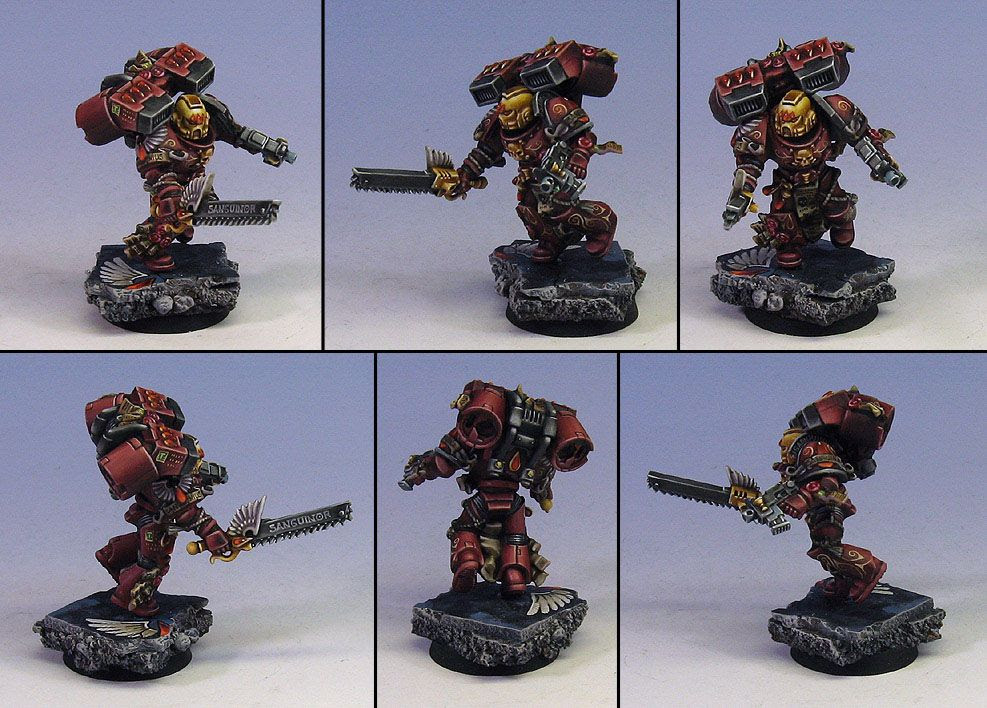 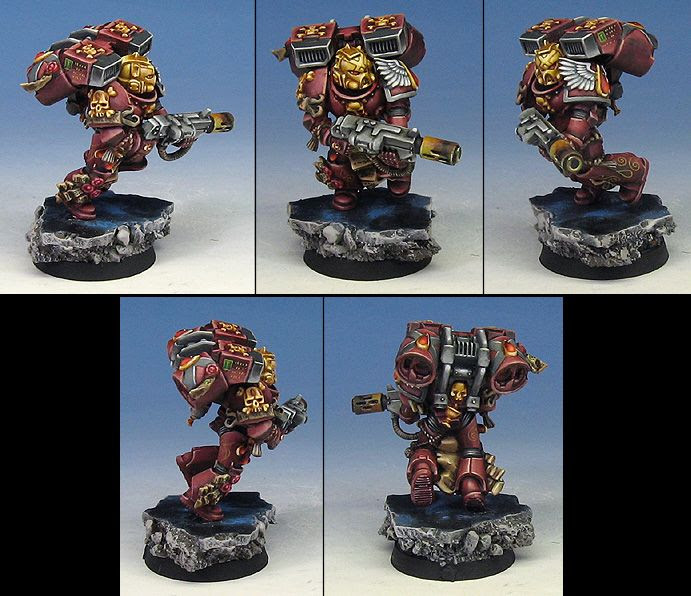 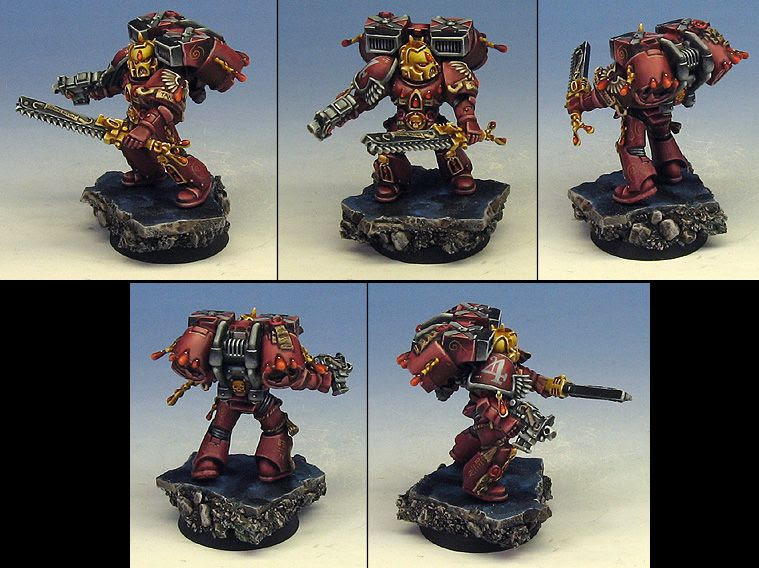 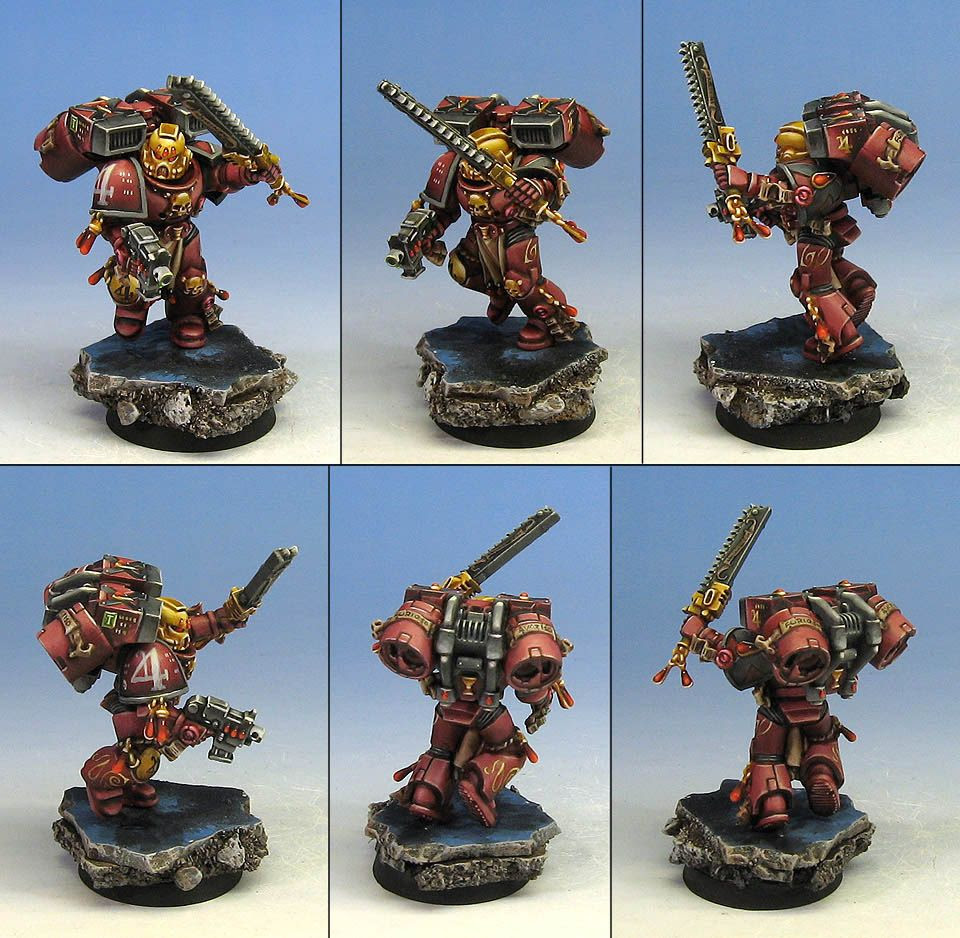 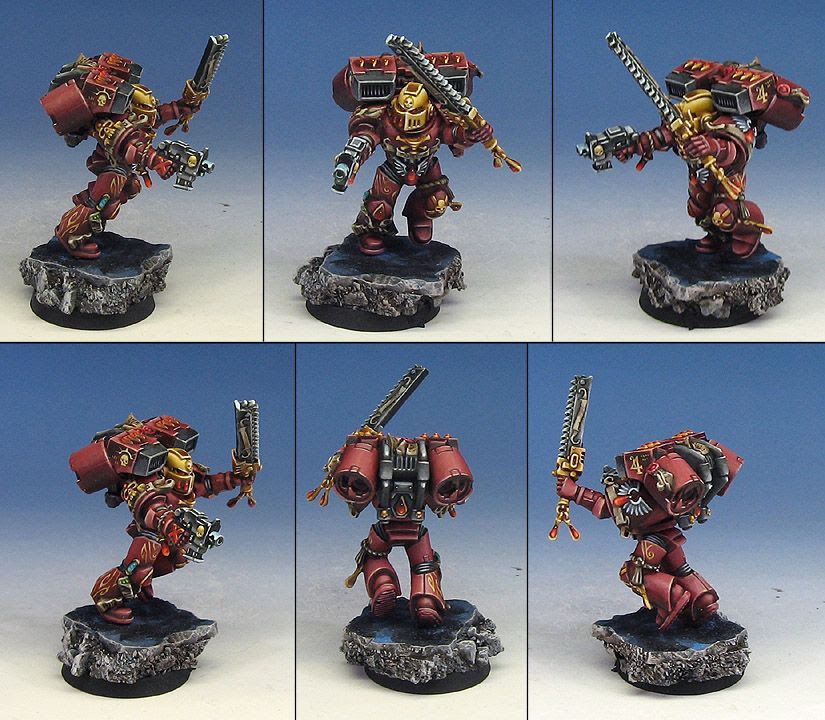 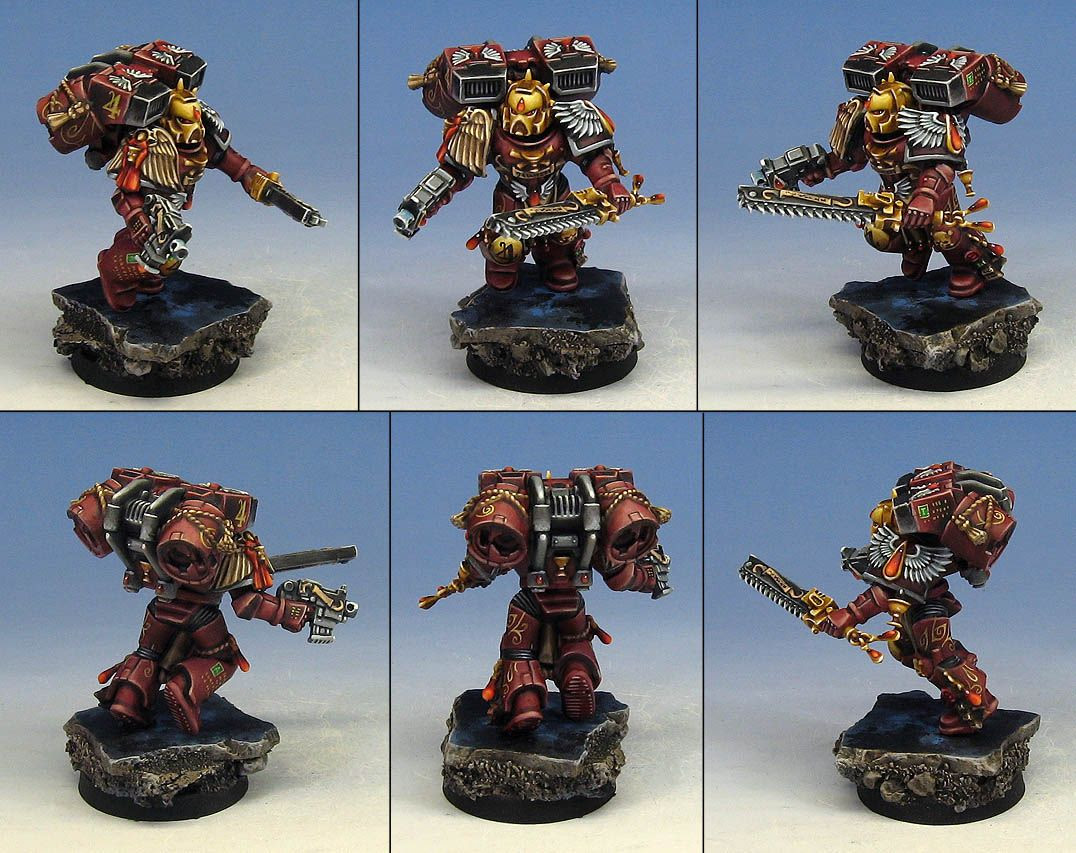