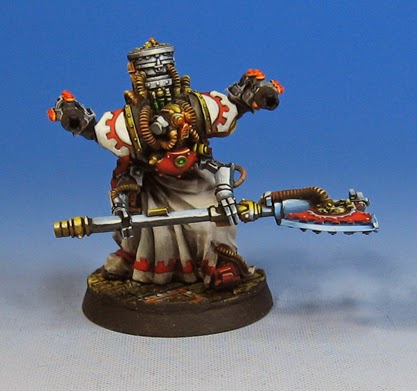 My, what big red eyes you have!  One more Myrmidon for you!

This guy is eight of nine... one more to show you!

Then it's going to be a nice family shot of all nine together!

Posted by wappellious at 2:38 PM 3 comments:

A Union with the Law 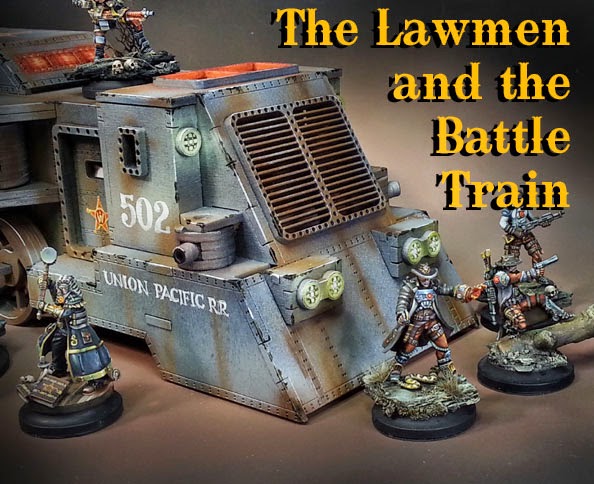 Things have been too crazy for weeks for me to have the chance to take any studio style images of the Battle Train from Burn In Designs.

Here's a few quick images for you!

These should provide a nice sense of scale in terms of how the figures relate to the train.  In this case, the engine. As you can see, there's plenty of room to mess around on the roof! 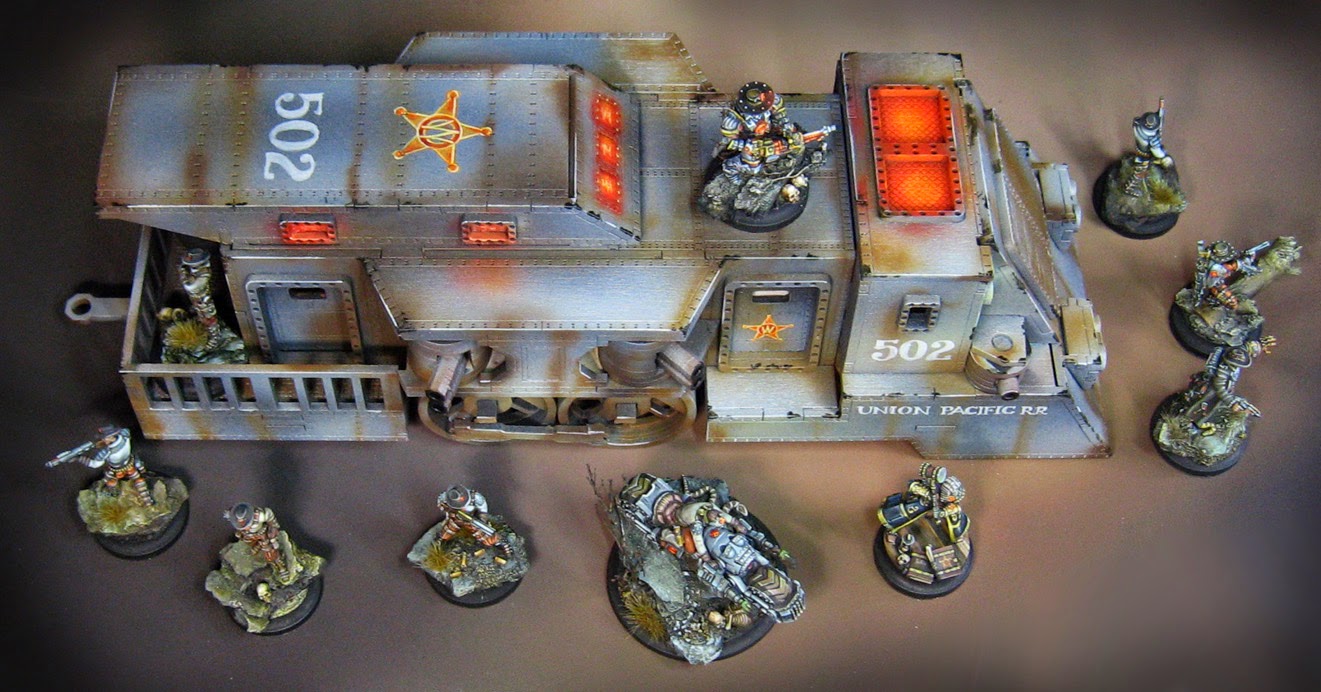 The interior of the train also allows figures to get inside, but that's not finished yet... soon it will be!

In the meantime, the Judge has declared this supply train will replenish the loss of heavy weapons in the recent struggles against the Outlaws.

While he detests reliance on the Federals to provide these weapons, he views it as another path to statehood for Wappellia. 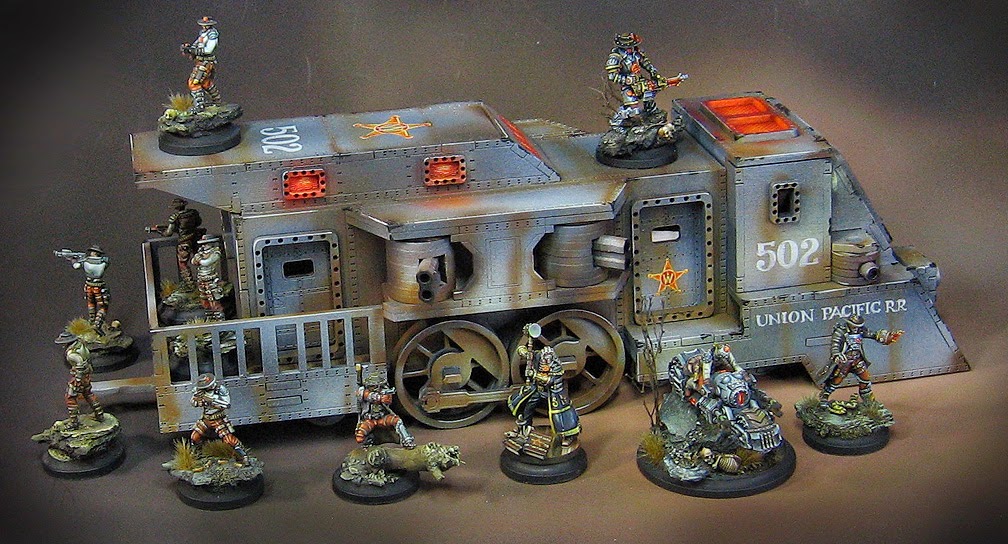 To stake his claim to this train, the dreaded markings of the Wappelville Law Enforcement have emblazoned this Battle Train. 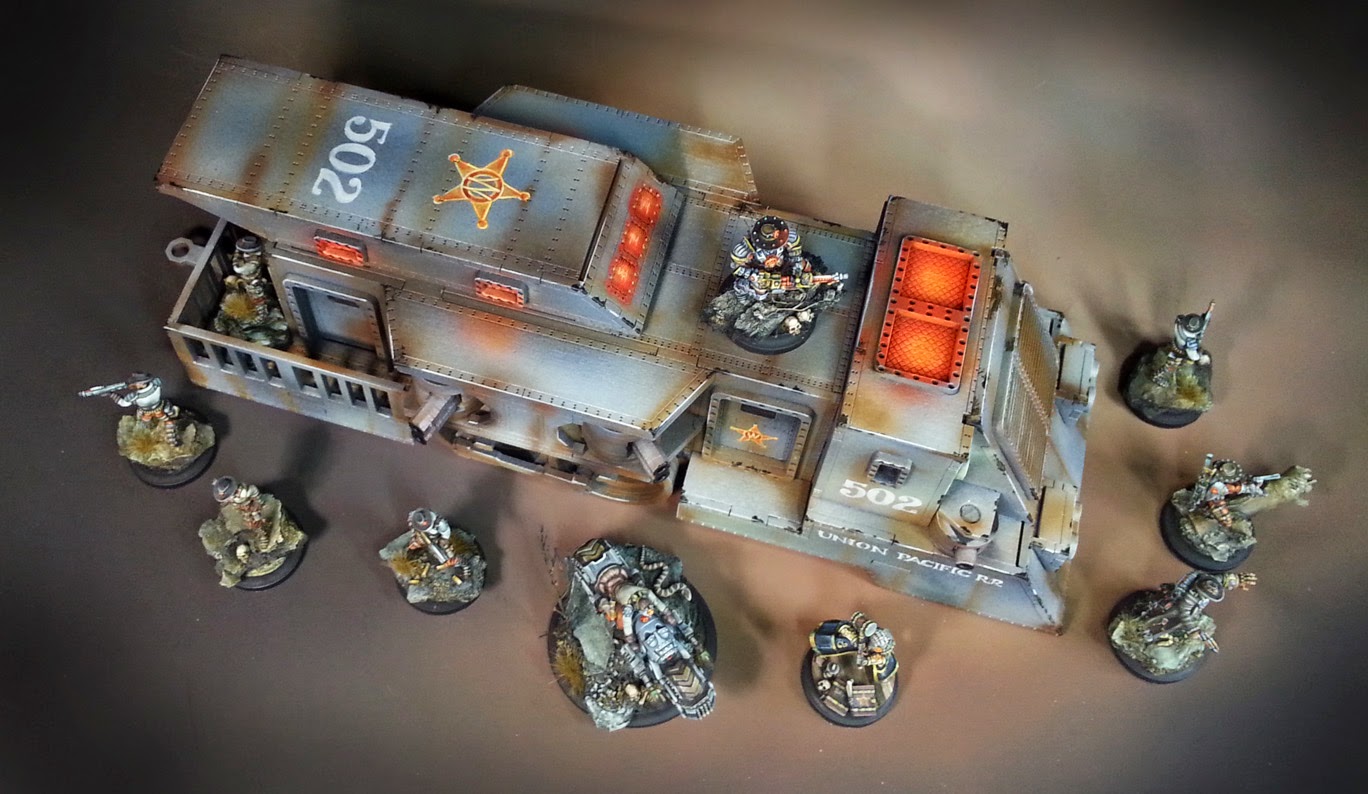 Lathan has made sure to allow enough space for Wild West Exodus figures to fit into the balcony on the aft of the engine. 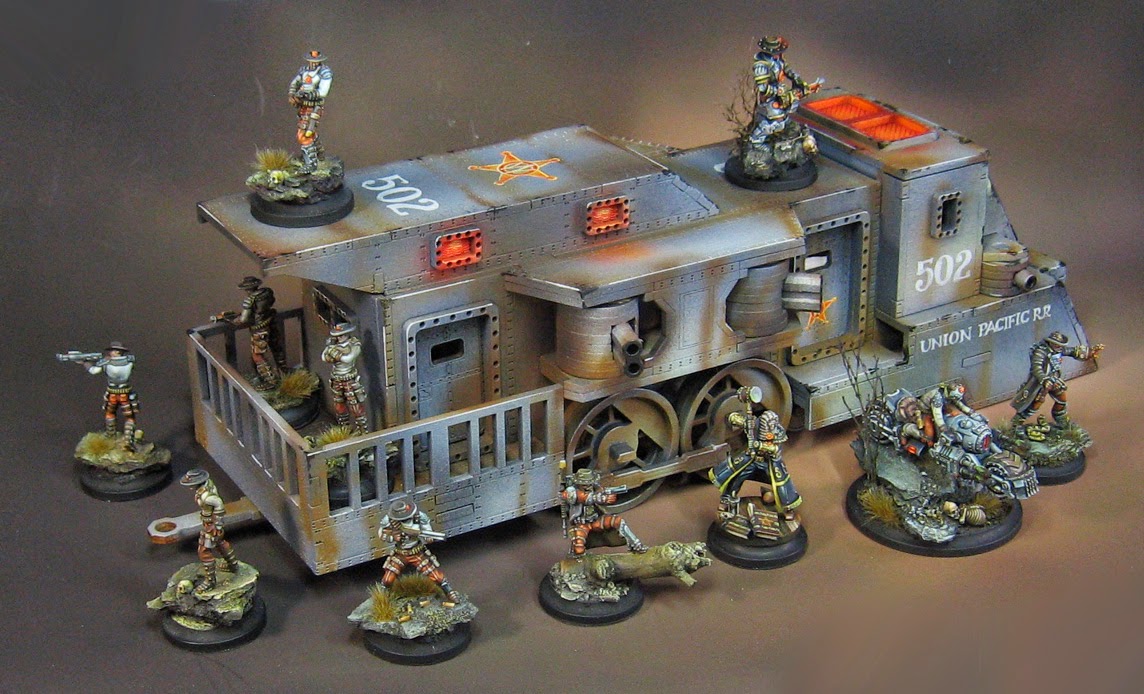 In addition, figures can seek cover inside the engine and provide additional fields of fire. 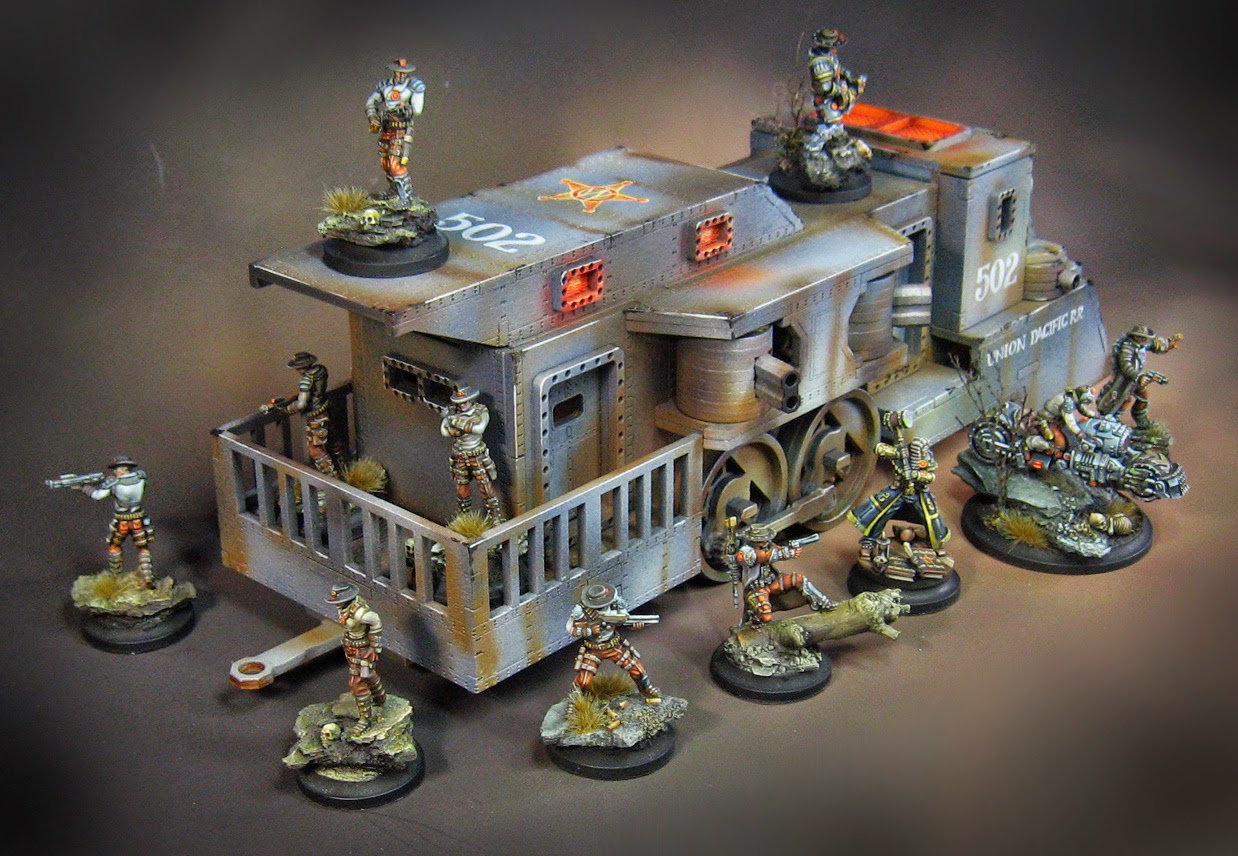 Outlaws and Enlightened alike shall both come to fear the sound of this massive rail tank approaching! 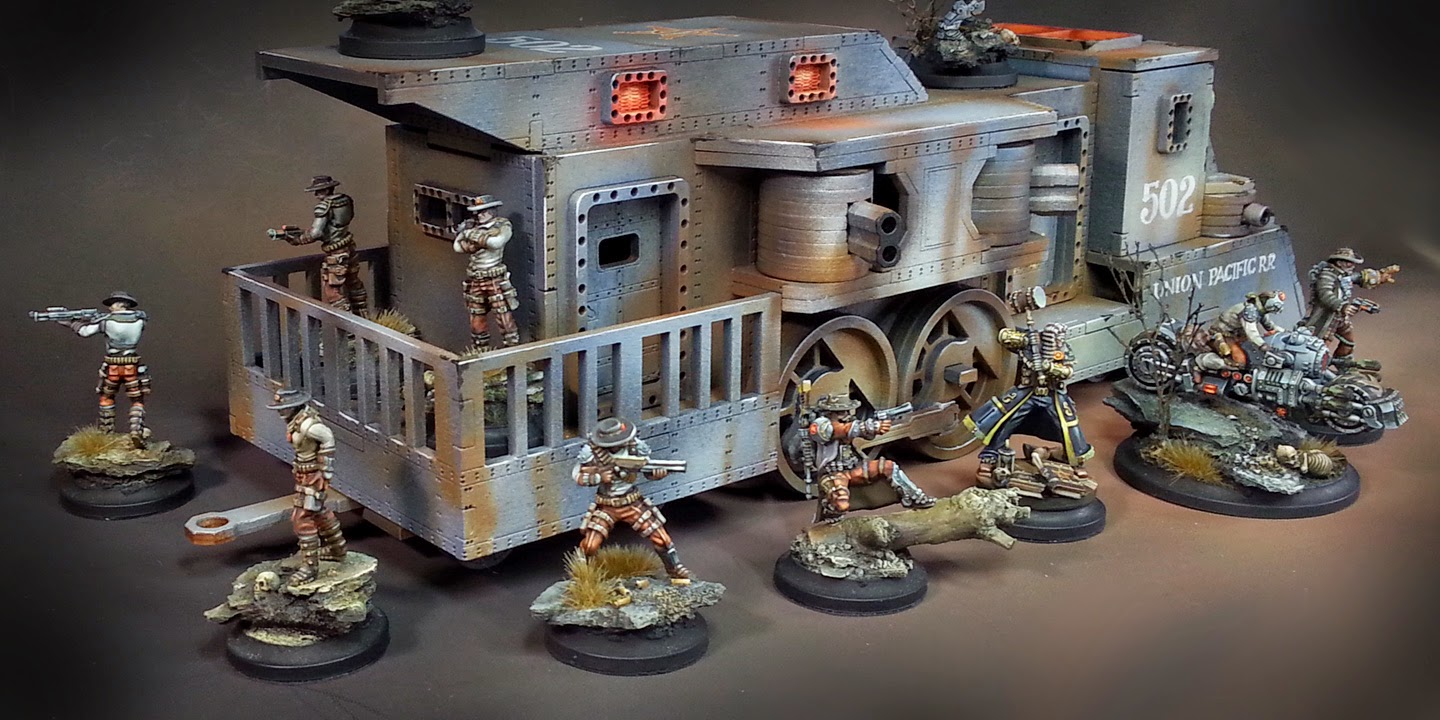 It is rumored that many more Interceptors are slated to be sent to Wappelville.  The losses have been shocking, but all for a worthy cause. 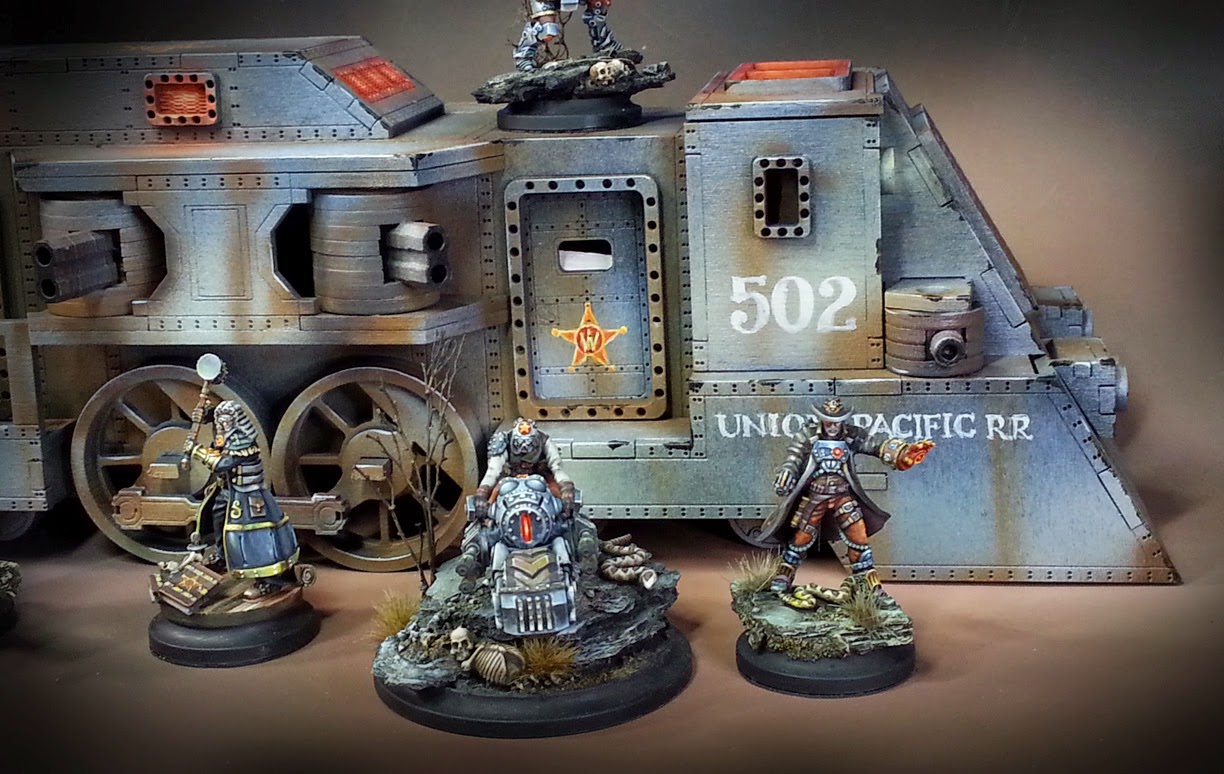 Stay tuned for much more of the Battle Train from Burn in Designs.