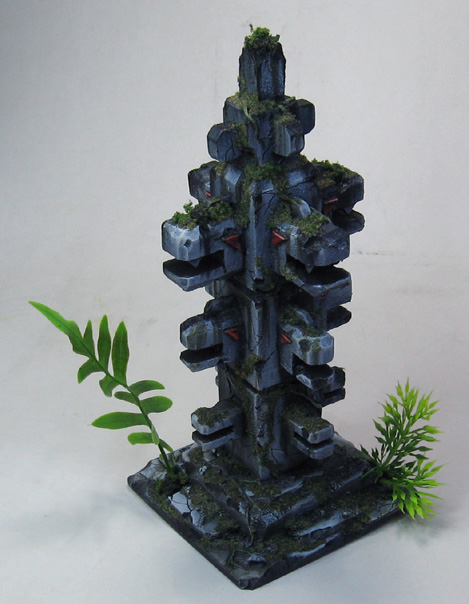 I was finally able to get the totem painted for the box art of the DVD! 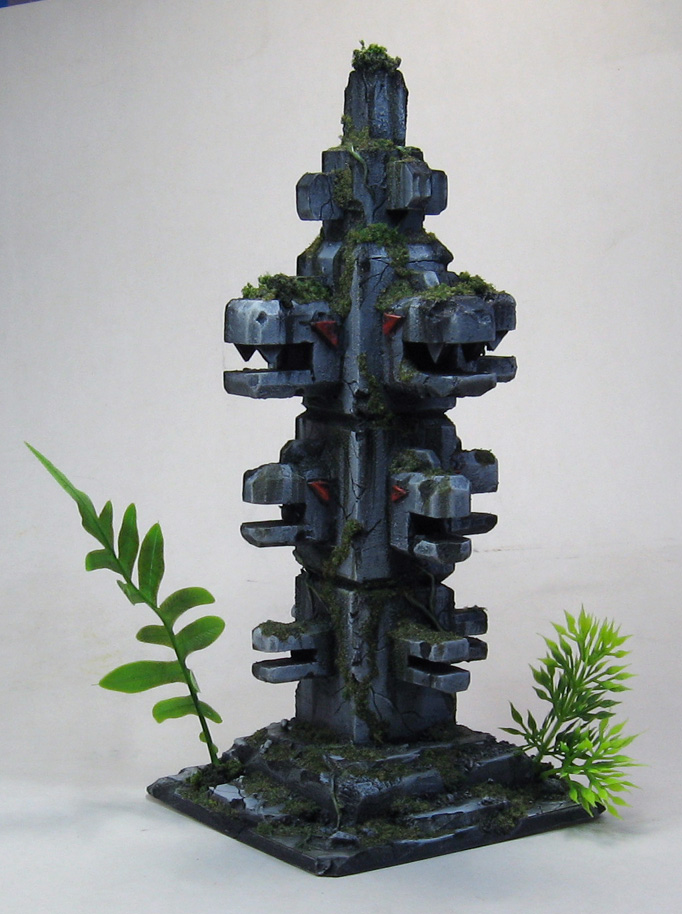 I attached some of the same vegetation that I used on my Lizardman army. 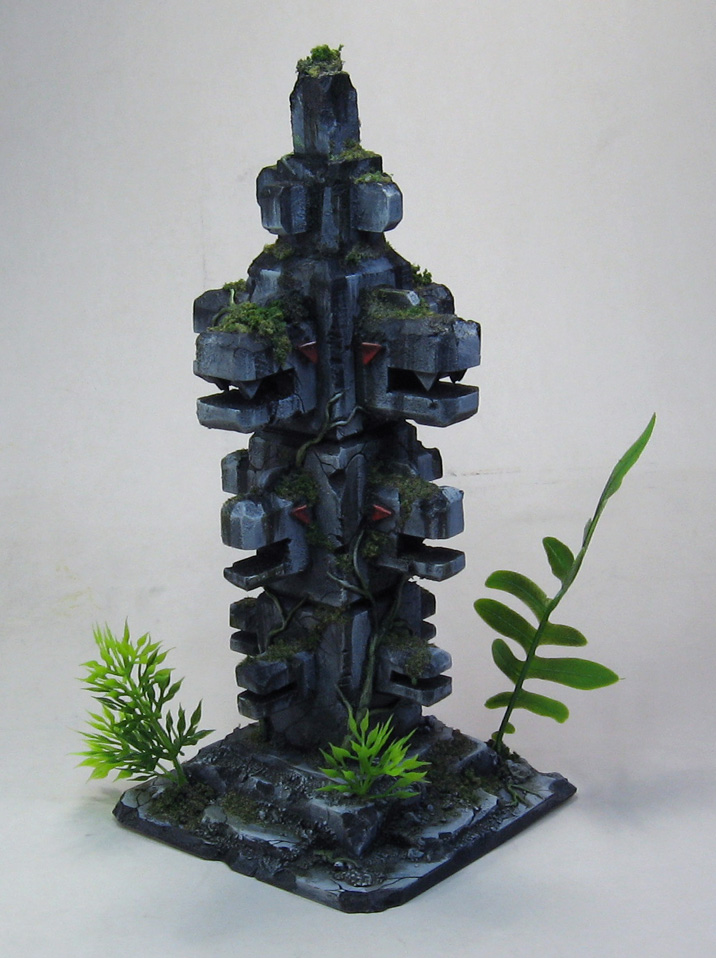 I would still like to make one or more of these a terradon aerie.  When I finish off the other one, I will try to put some nests on it! 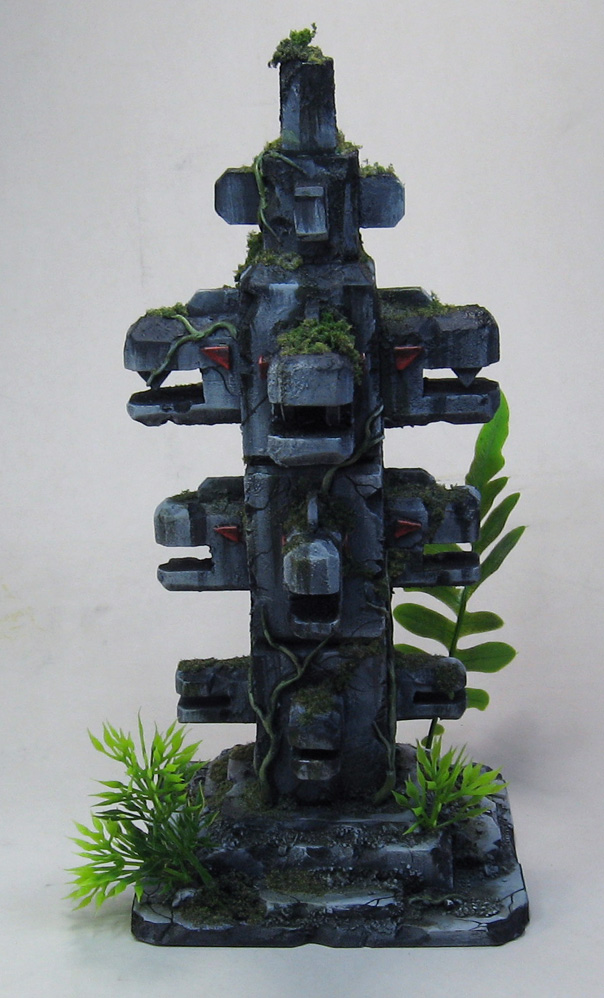 I might still add some snakes to this, just to get a wee bit more color. 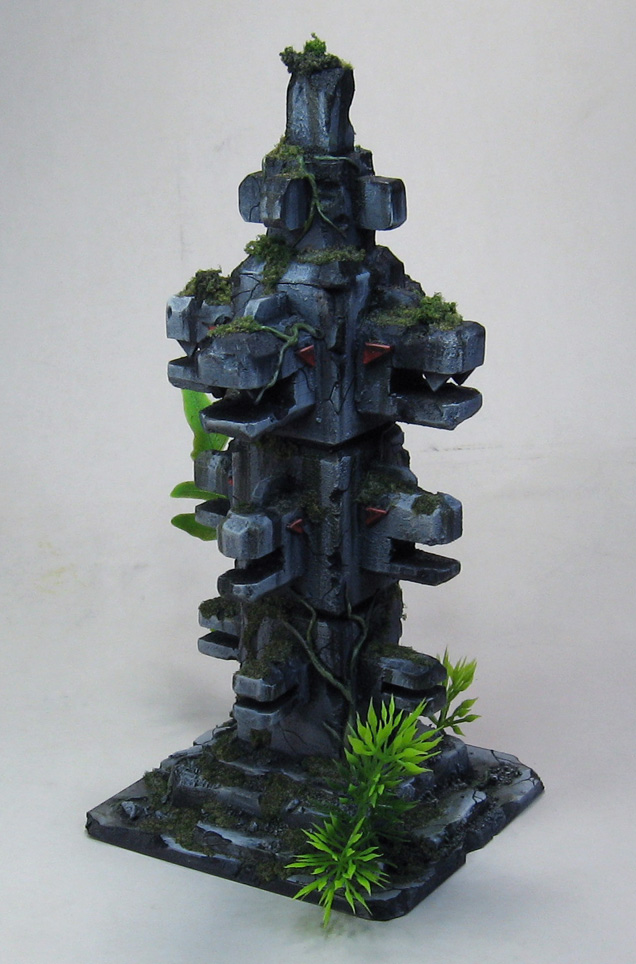 Still, it was nice to see it with the flock! 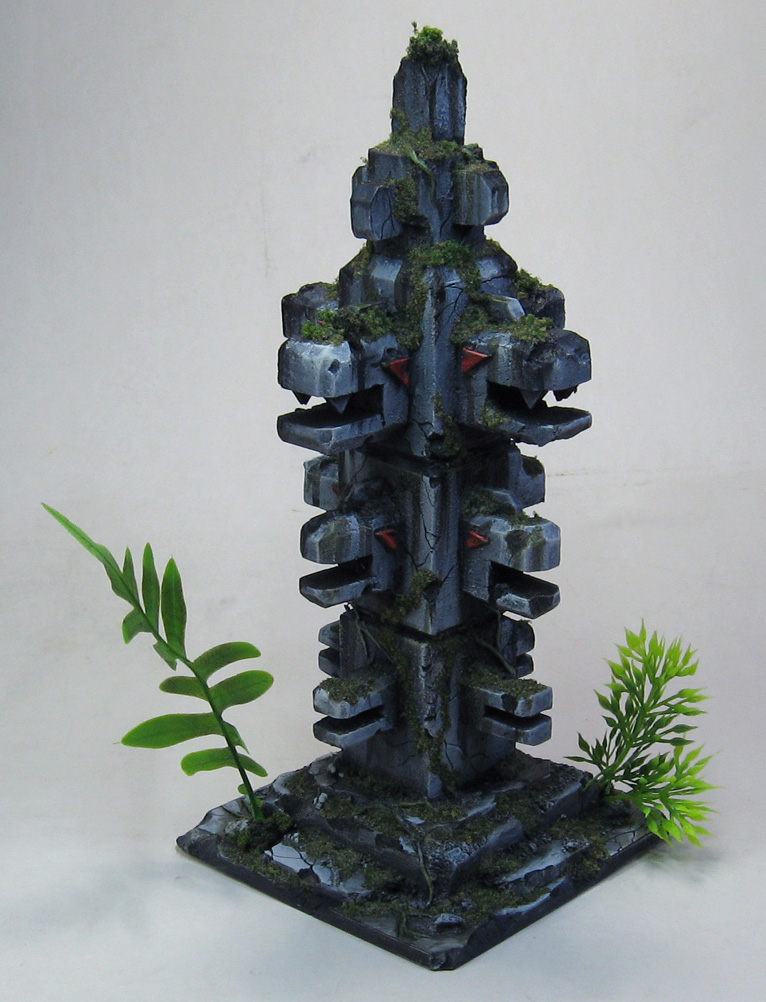 I have some static grass that I will probably add as well. 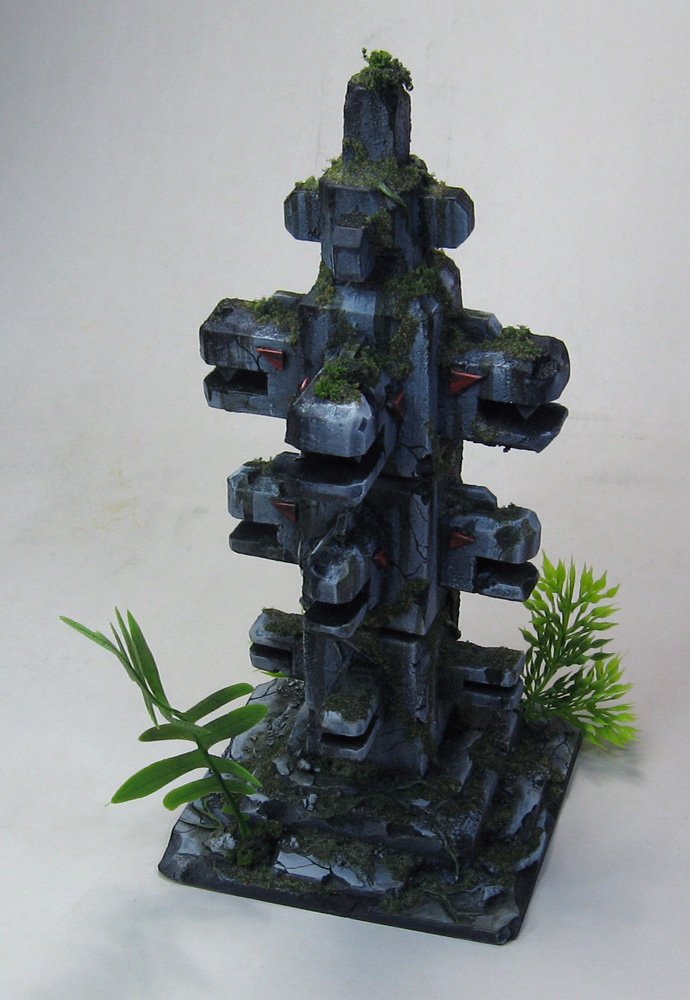 It's always fun to make terrain! 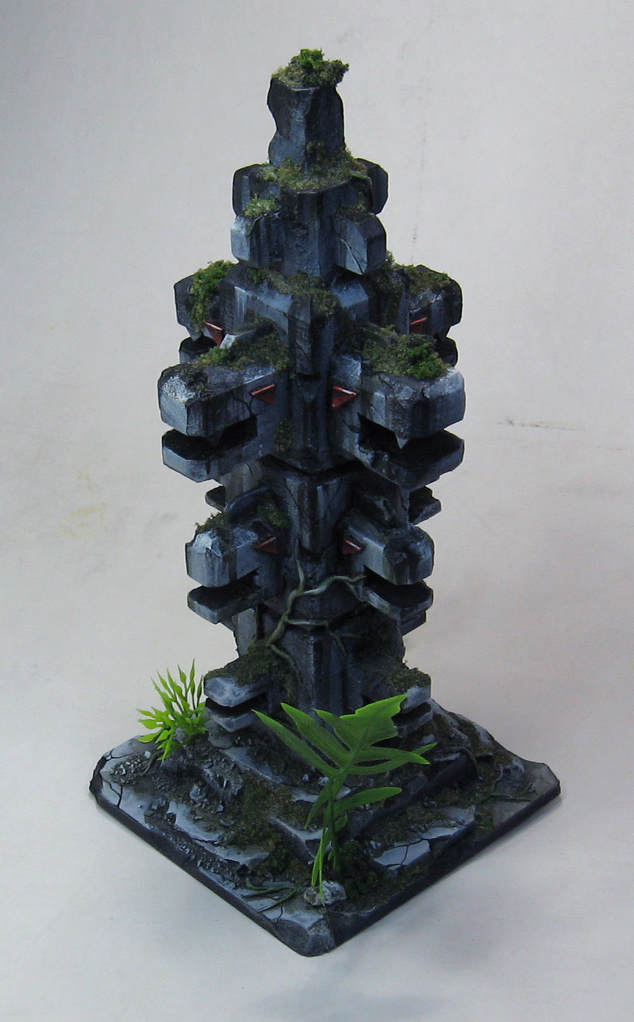 It should be a blast to play some games with these. :-) 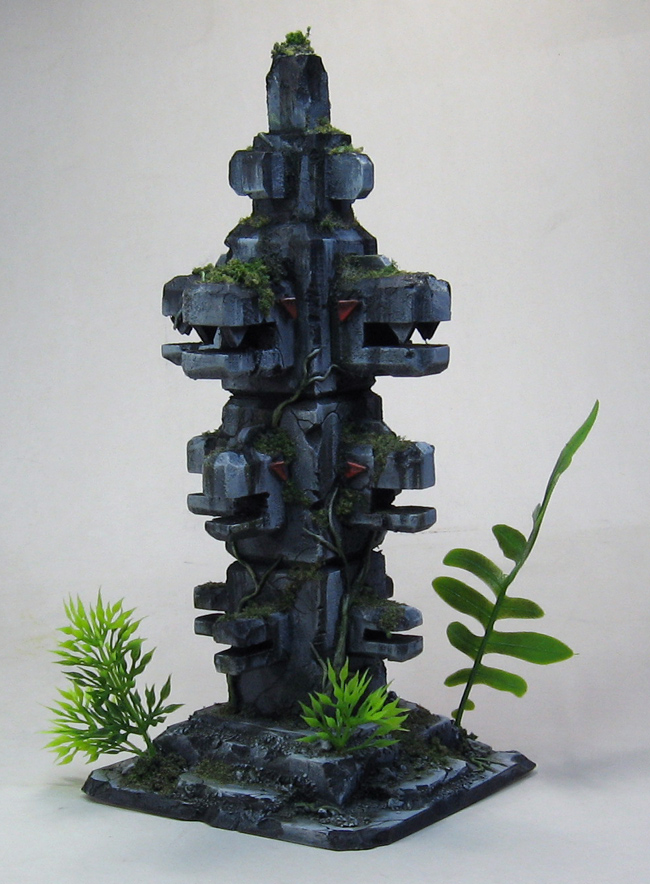 Posted by wappellious at 5:46 PM No comments:

Playing in the mud 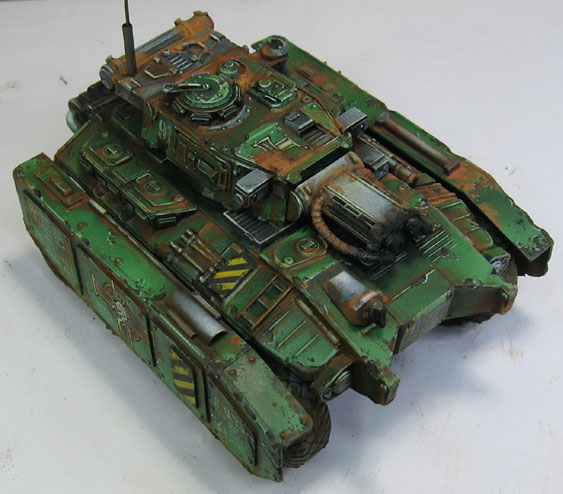 Here are the rest of the Weathering and Battle Damage video images. 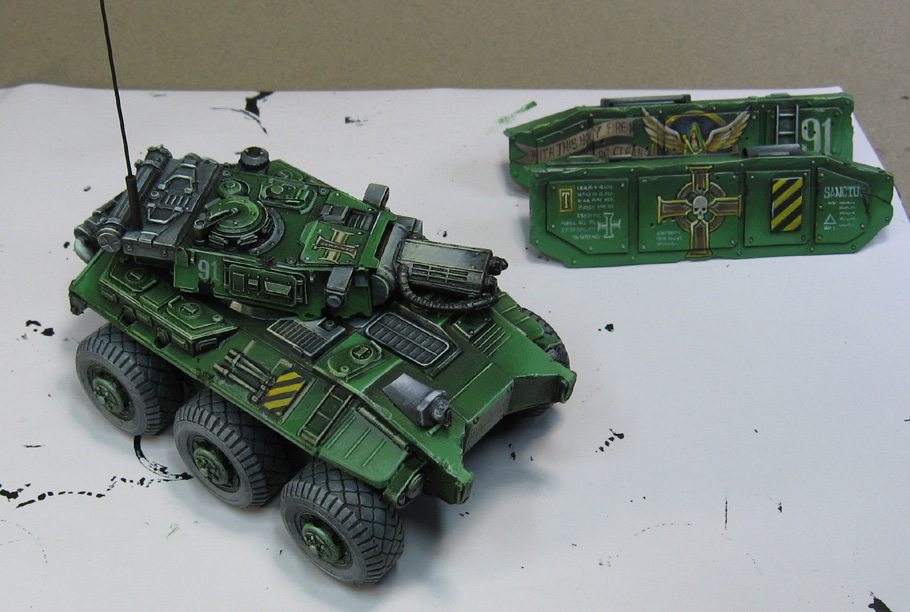 I had to get all the painting finished in advance, so that as much time as possible could be spent on doing the various effects. 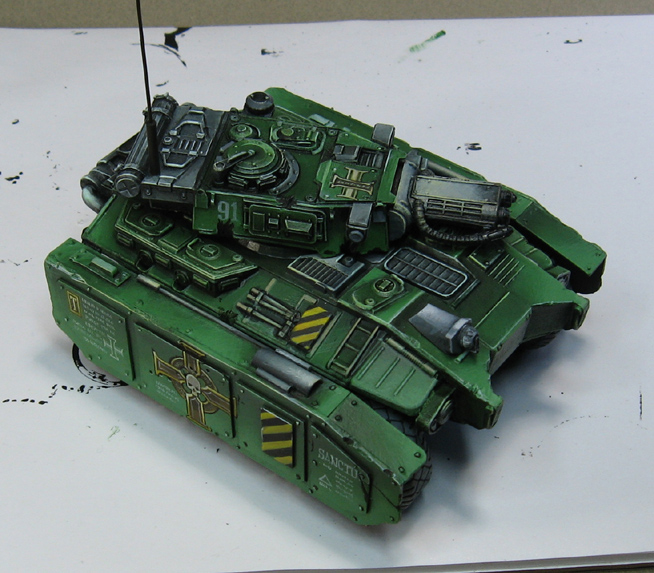 So, the shading and freehand work is all in place... 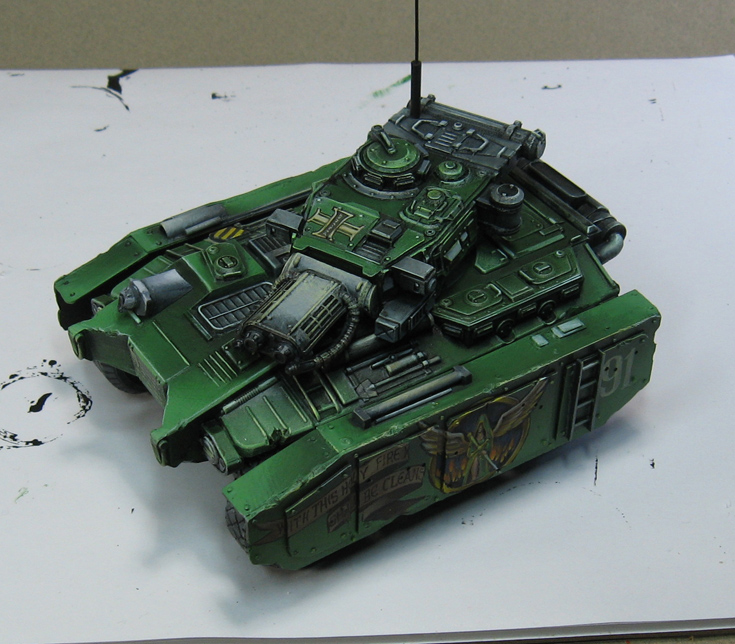 Then it was time for some sample effects on a piece of board. 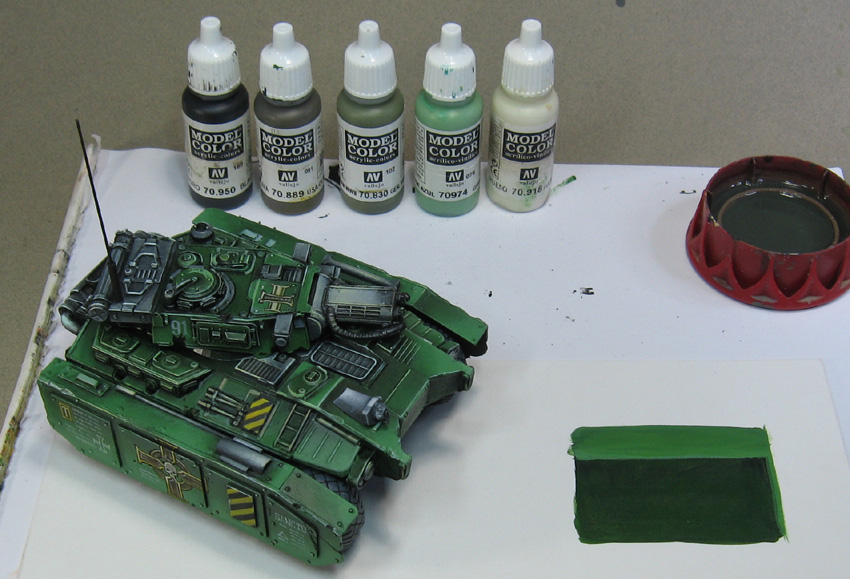 Using the sample vehicle, I did the same paint chipping and cracks that had been done on a slightly larger scale. 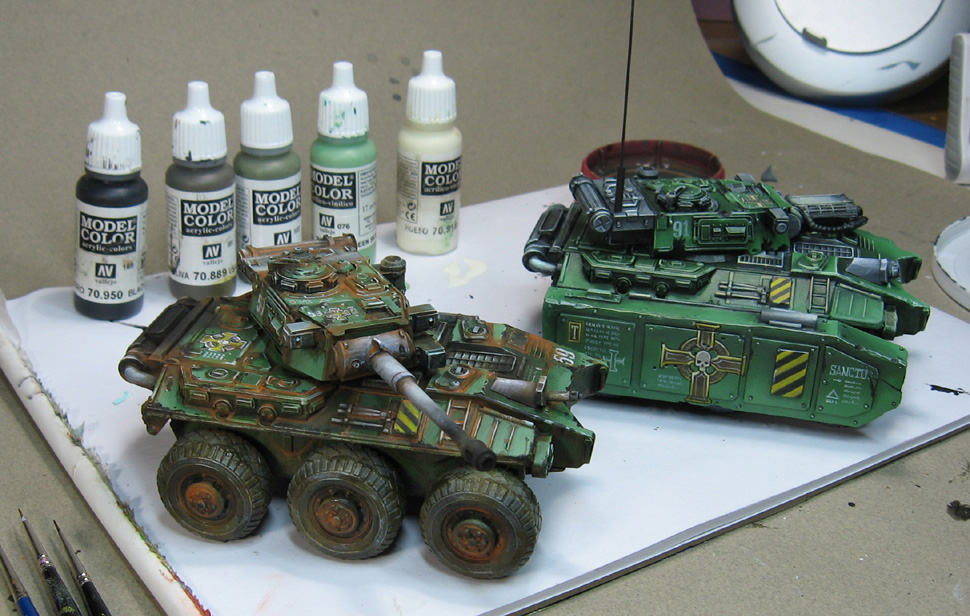 Armed with another painting guide, I went to work on the second vehicle.

Time to add some rust! 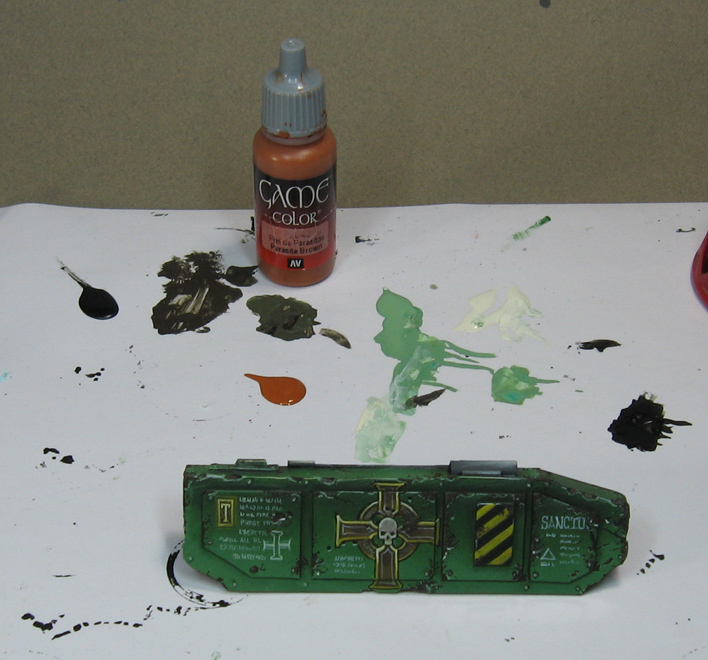 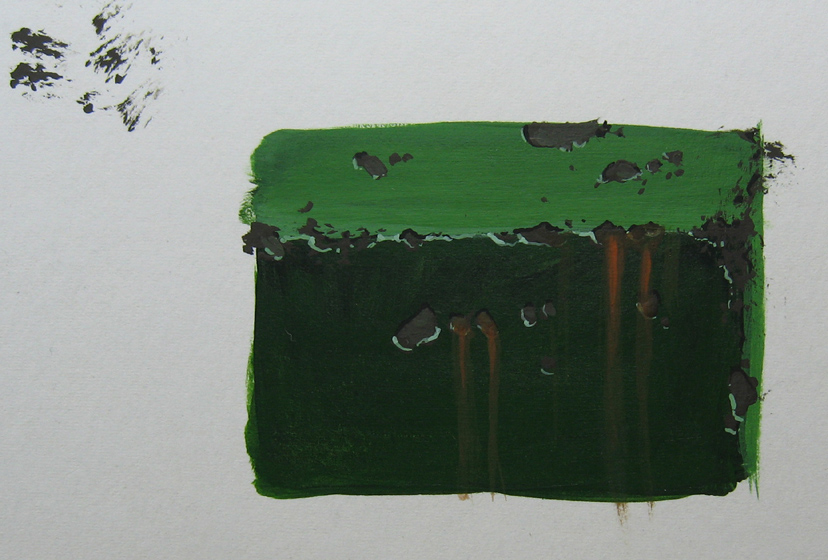 As I mentioned before, I did half of the vehicle in paint...

And the other half with Secret Weapon weathering powders. 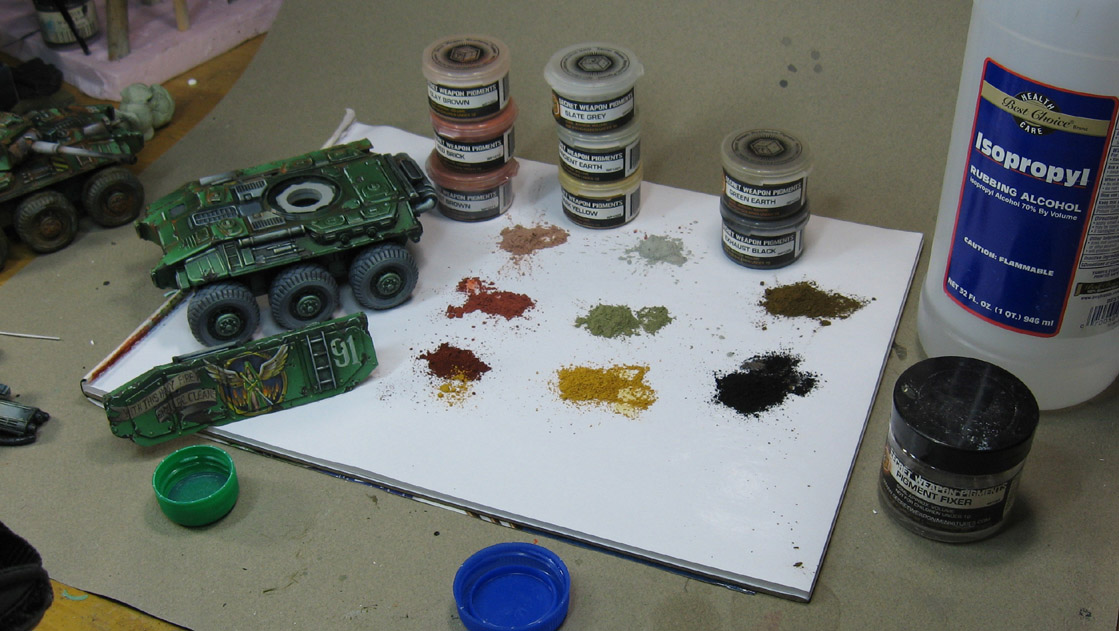 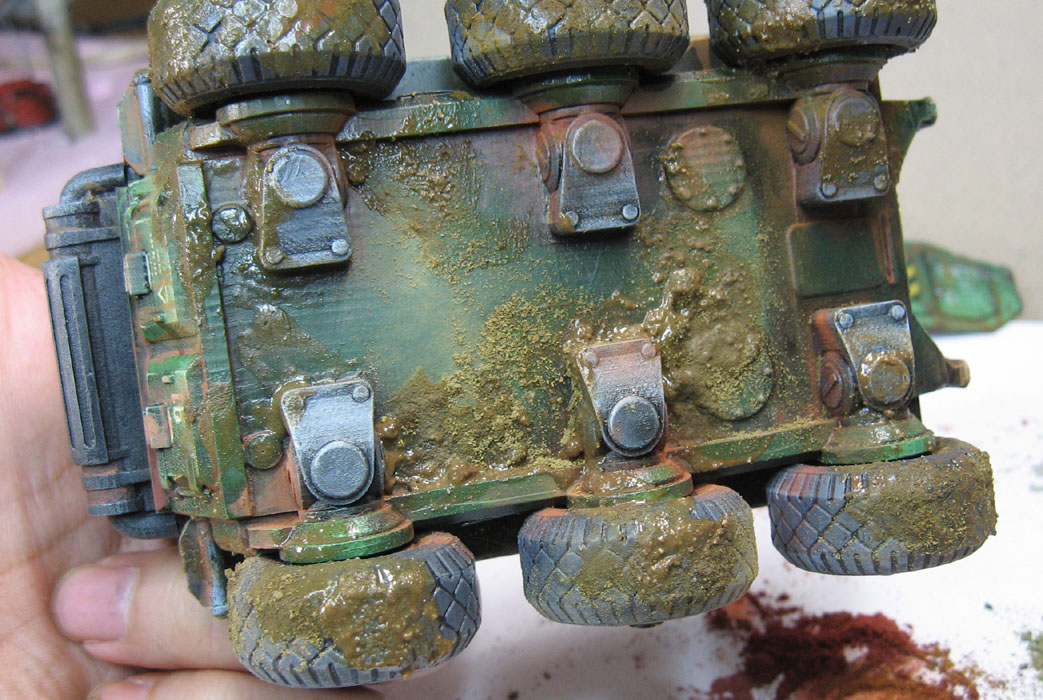 Time for a car wash! 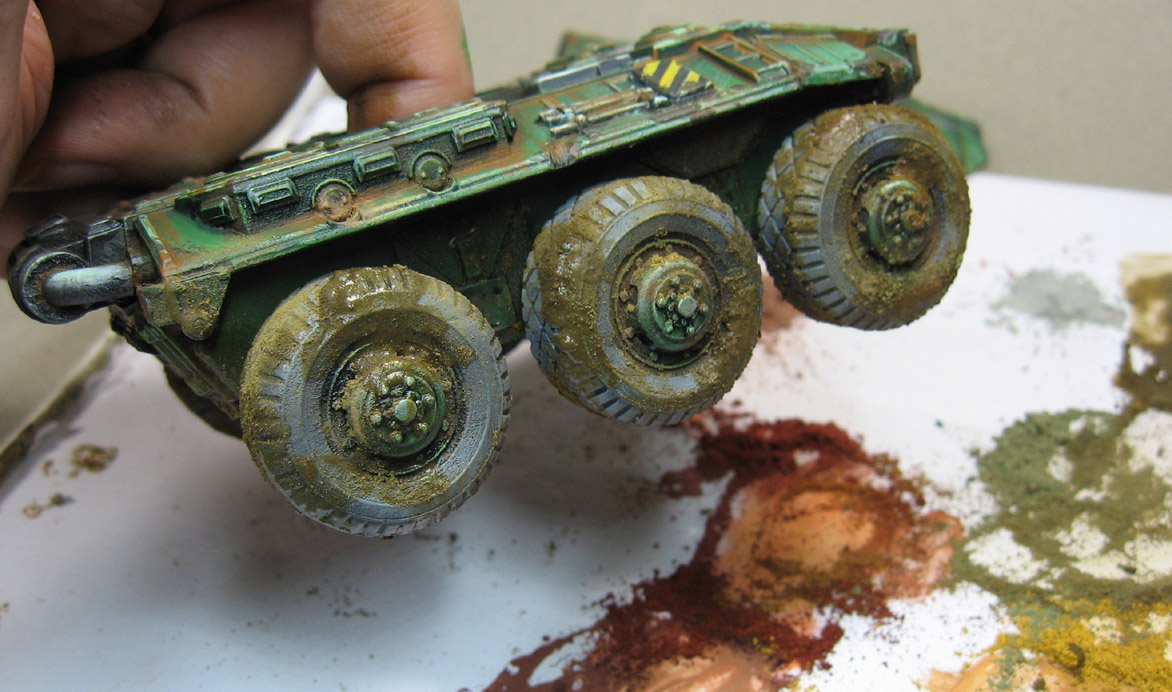 And a completed vehicle!!! 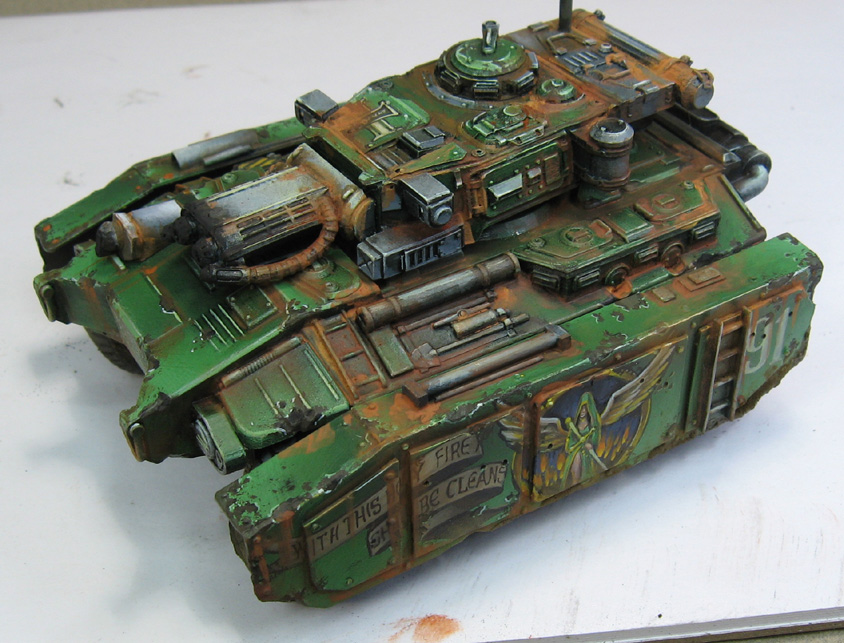 I was very glad that I had as many freehand designs as possible, since that enhances the effect so greatly.  Making the additional armor skirts was a great success. 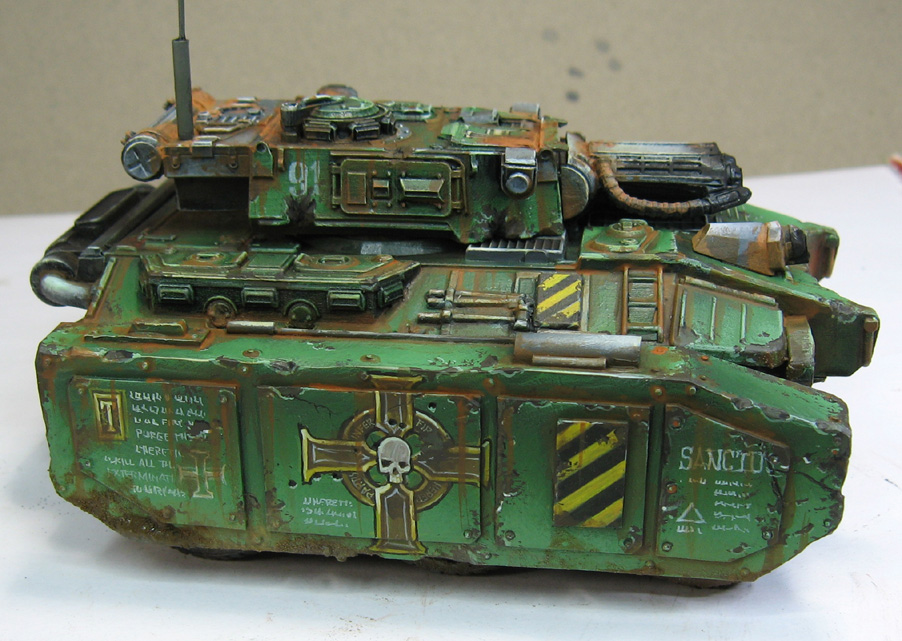 And they look nifty as well. 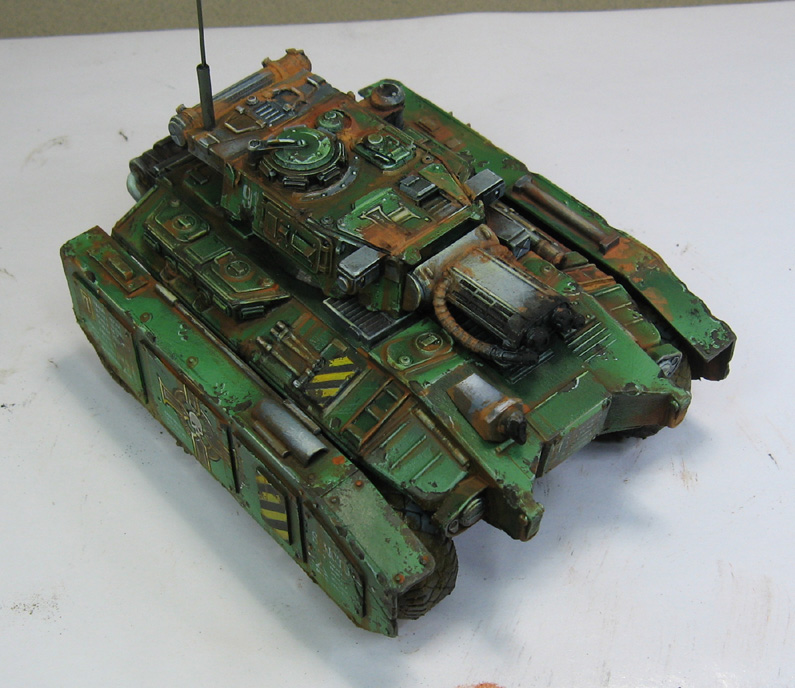 Posted by wappellious at 5:15 AM No comments: