A Town in Ruins 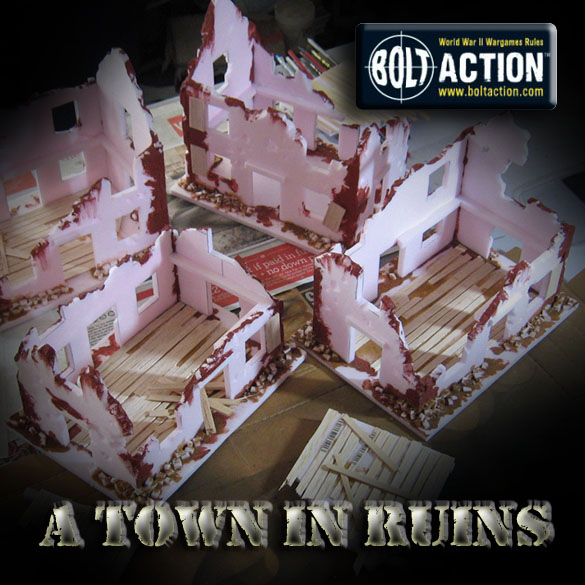 Phase two of the ruined buildings continues with the addition of sand and gravel to the piles of bricks around the outer edges of each structure.  Once again, this is as much about adding some strength as it is visual. 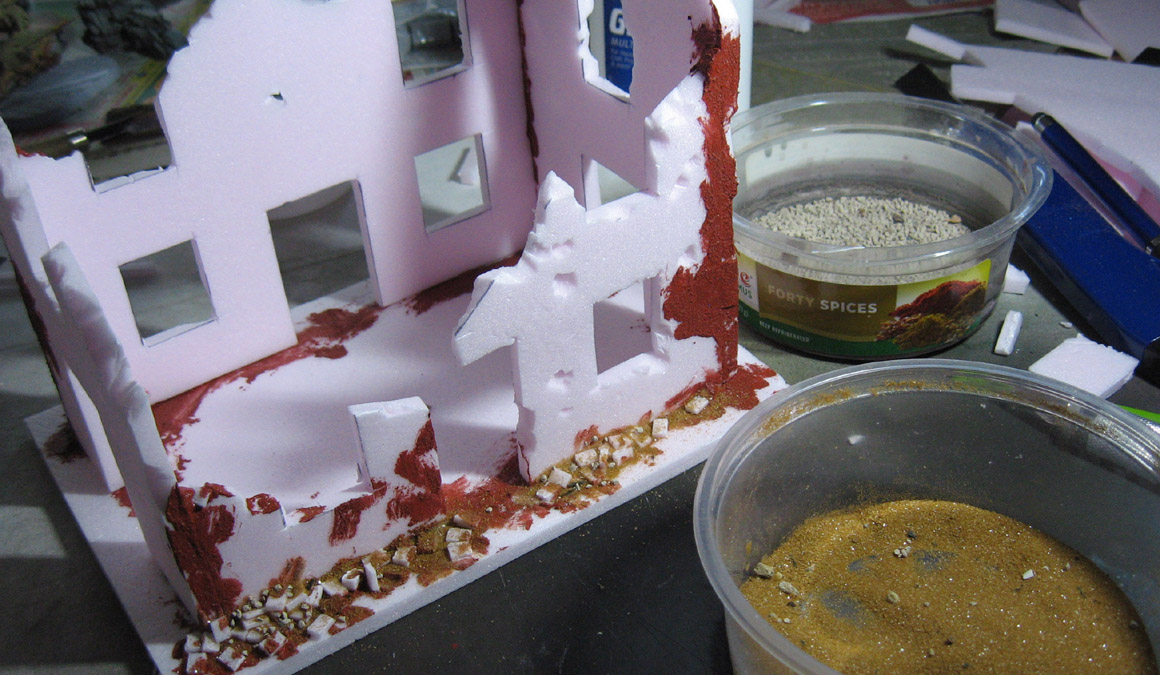 I worked my way all around each building.  Another extra touch could be a larger pile of brick/debris in a doorway, blocking the path of troops.  This would give even more character to the building, making it tougher to get inside, but also a touch easier to defend! 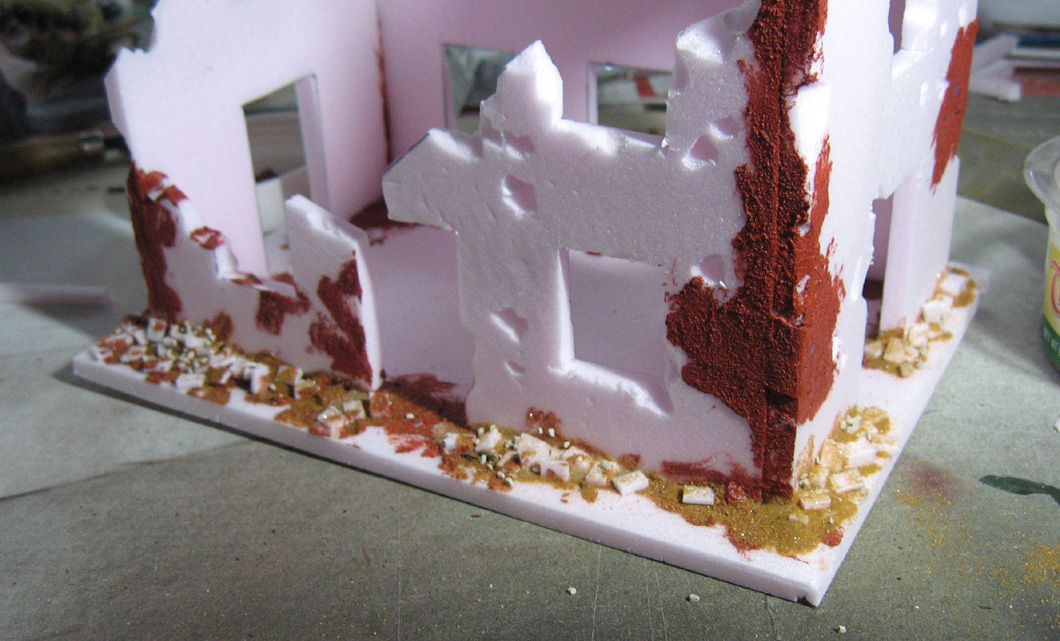 To make the partial upper floors, I cut some pieces of the thin foam to size, which would then be covered with wood texture. 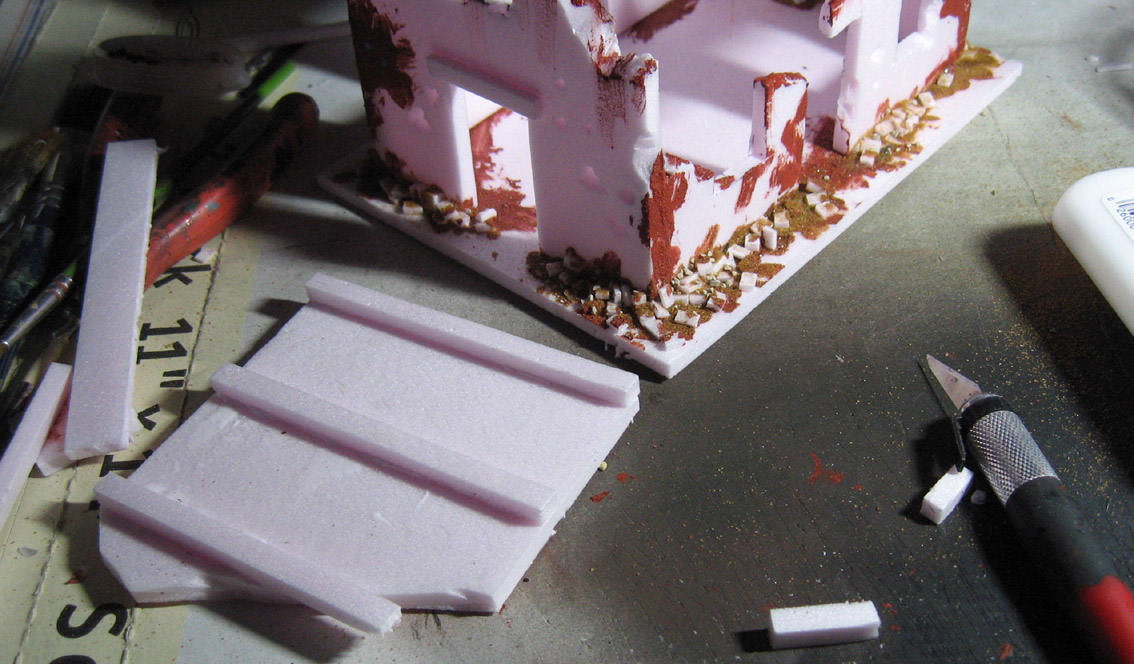 I had some balsa wood, which was cut into strips of various widths.

While I worked on the individual floors, the buildings themselves could dry and cure.  You can see that I have positioned the first floor section on one of them. 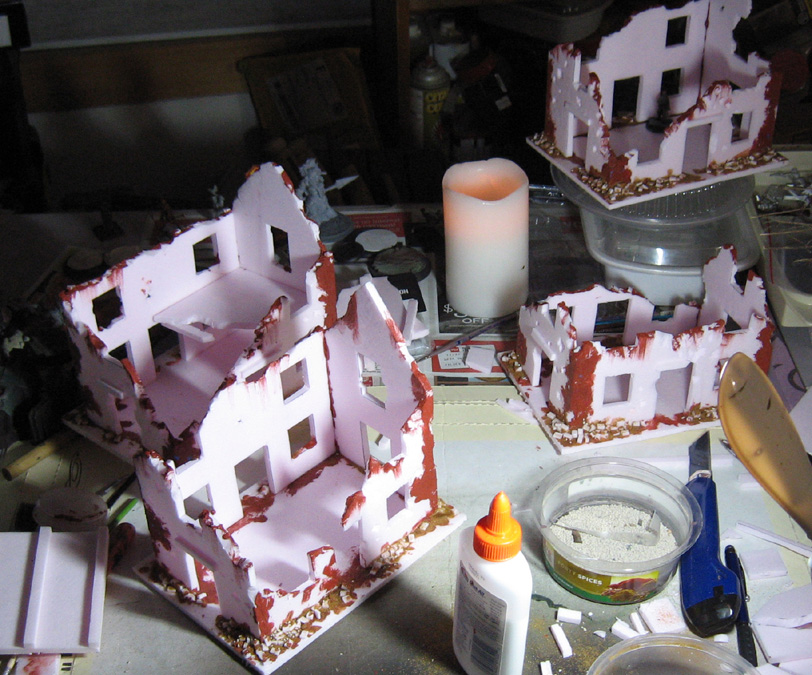 I didn't get too crazy with the placement of the floor boards.  Yes, I could have gotten more fancy, but they are supposed to be more rural structures, which have also been pretty well blasted apart! :-) 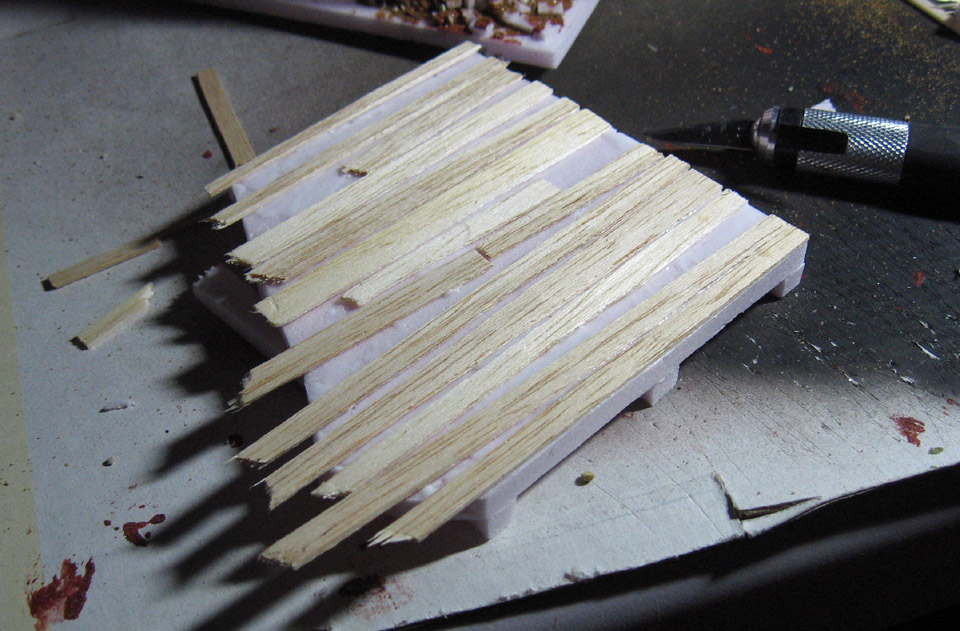 Also, I took some broken boards (probably the remains of roof joists), and placed those on the floor.  I tried to make interesting piles, but kept them as low profile as possible so that miniatures would not have a hard time standing on them. 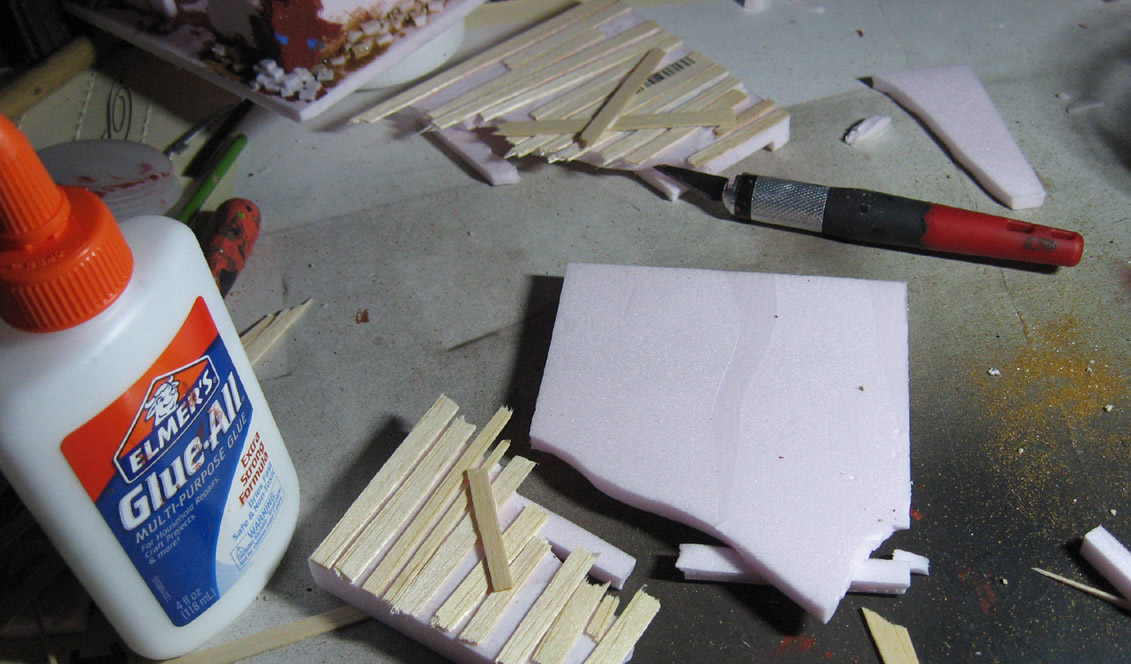 I repeated this process on the ground floor as well.  Since this covered more area, you can see that I tried to make more board sections.  However, this part of the building is going to be far less visible, so I had to remember not to spend too much time putting in small details which might never be seen. 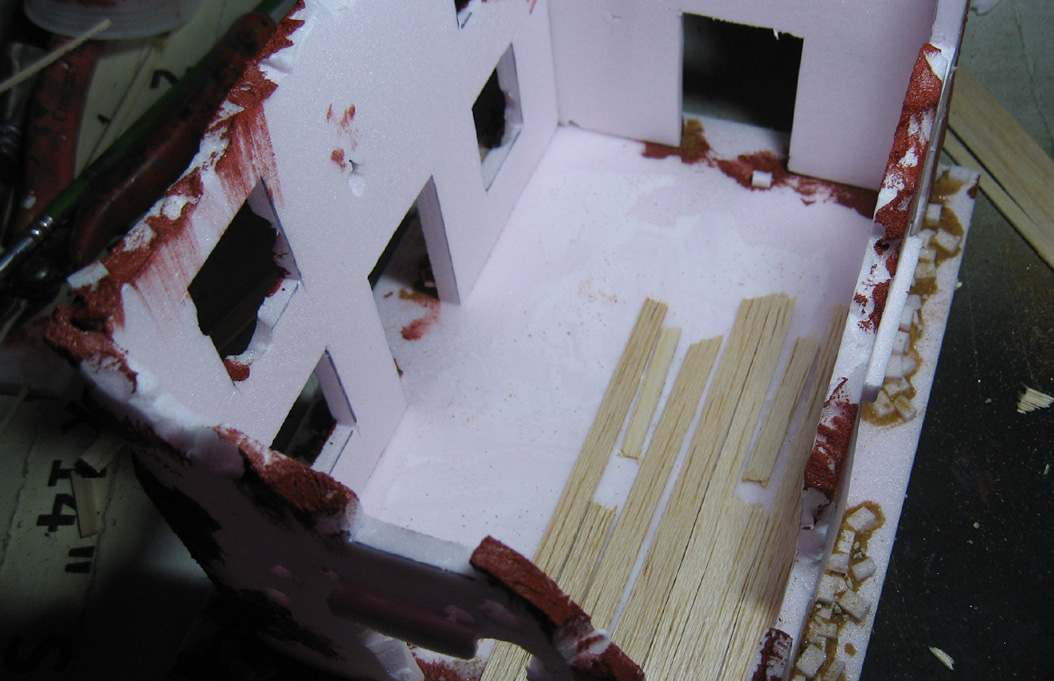 If you recall from the earlier images, I had wanted to make a blocked entrance.  A pile of boards was a very fast, very effective way to do just that! 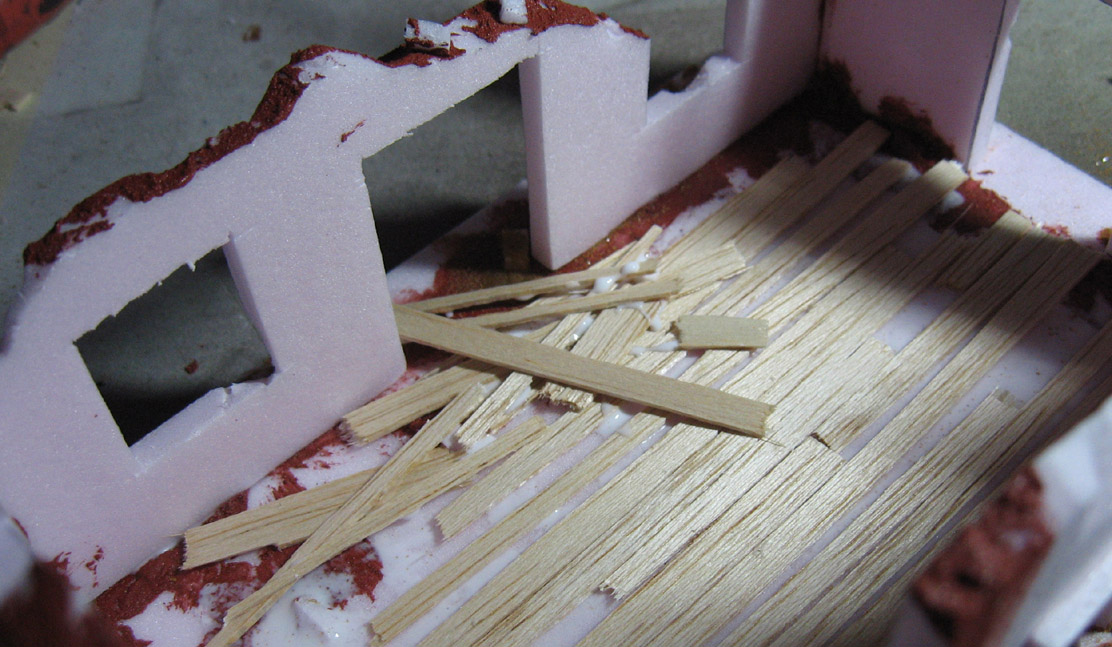 Here's a scene with all the buildings and the floor sections.  I modified them slightly once I realized that it would be wise to make them removeable.  Once we tried them out in a test game, that decision proved to be exactly right!

I have a series of images showing them with a touch of paint, together with some road sections which were made at the same time.  Hopefully these articles will prove to be handy for you! 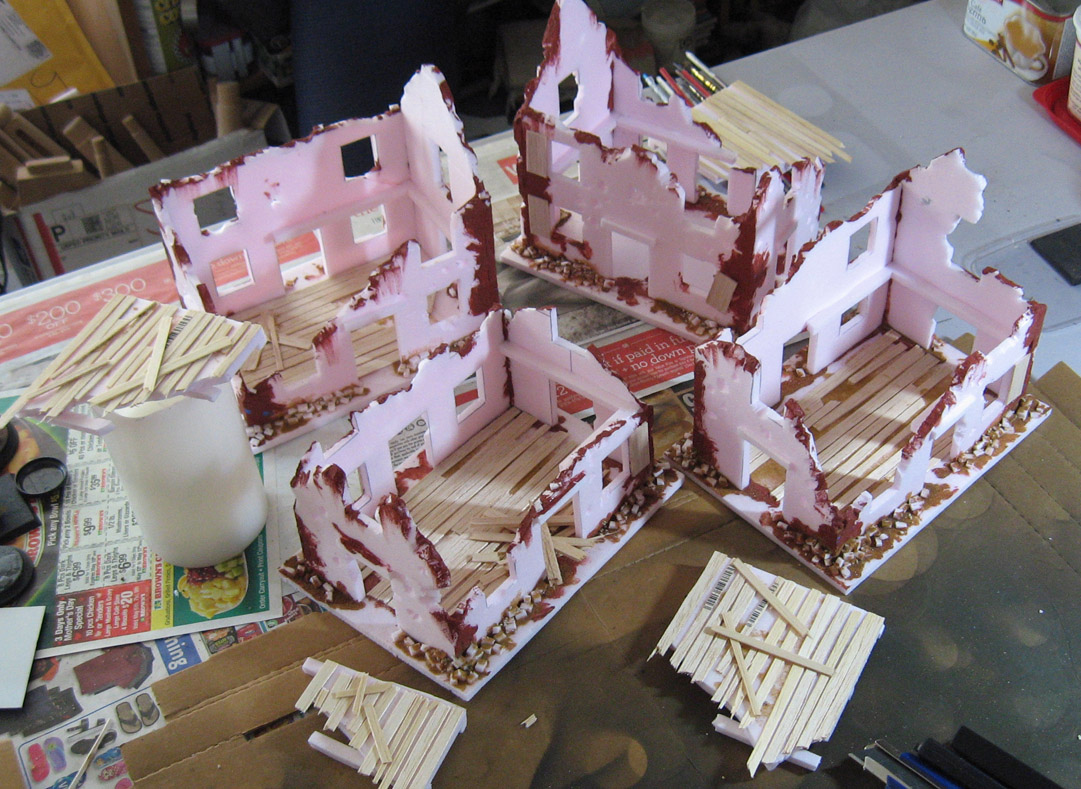