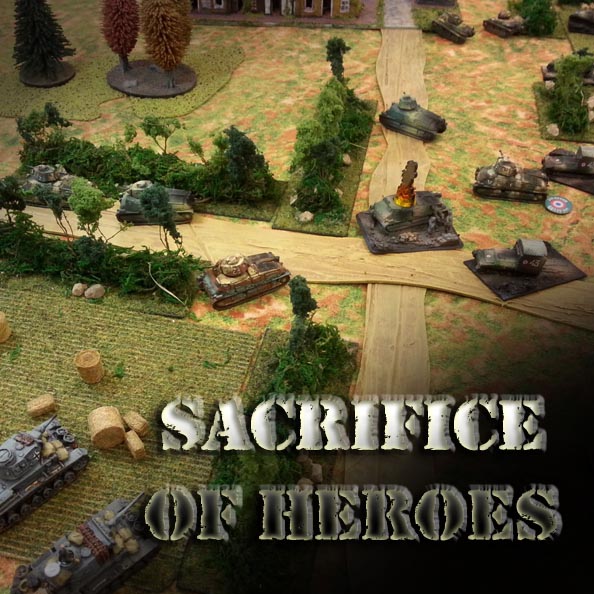 As you saw in the previous episode of this battle report, the German reinforcements had come in earlier than I thought, and in the worst spot.  Still, the commitment had been made, and the advance would have to press on no matter what. 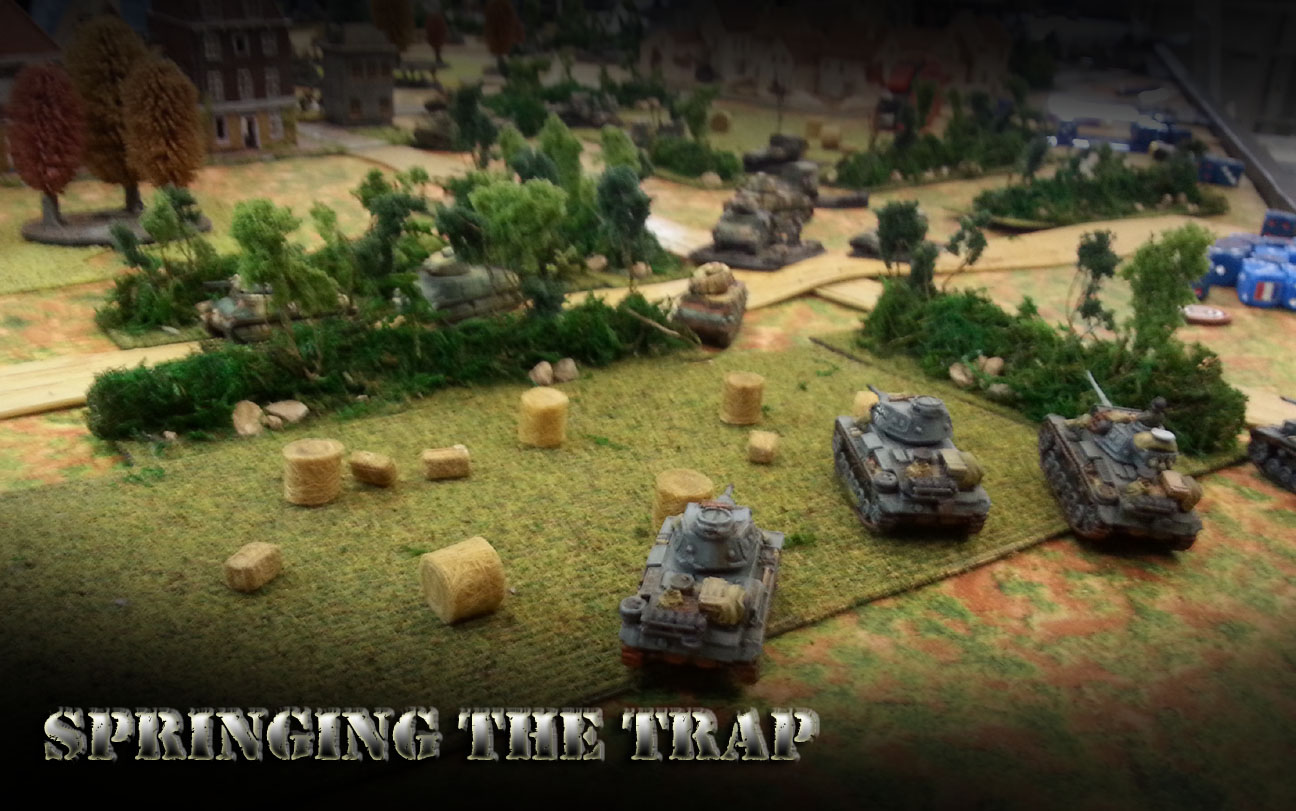 At the same time, attacking aircraft pounced on the artillery battery.  While I had kept one Lorraine behind for anti-aircraft cover, there were not enough, and repeated attacks continued to grind down the battery.

In the future, even more AA support will be left behind! 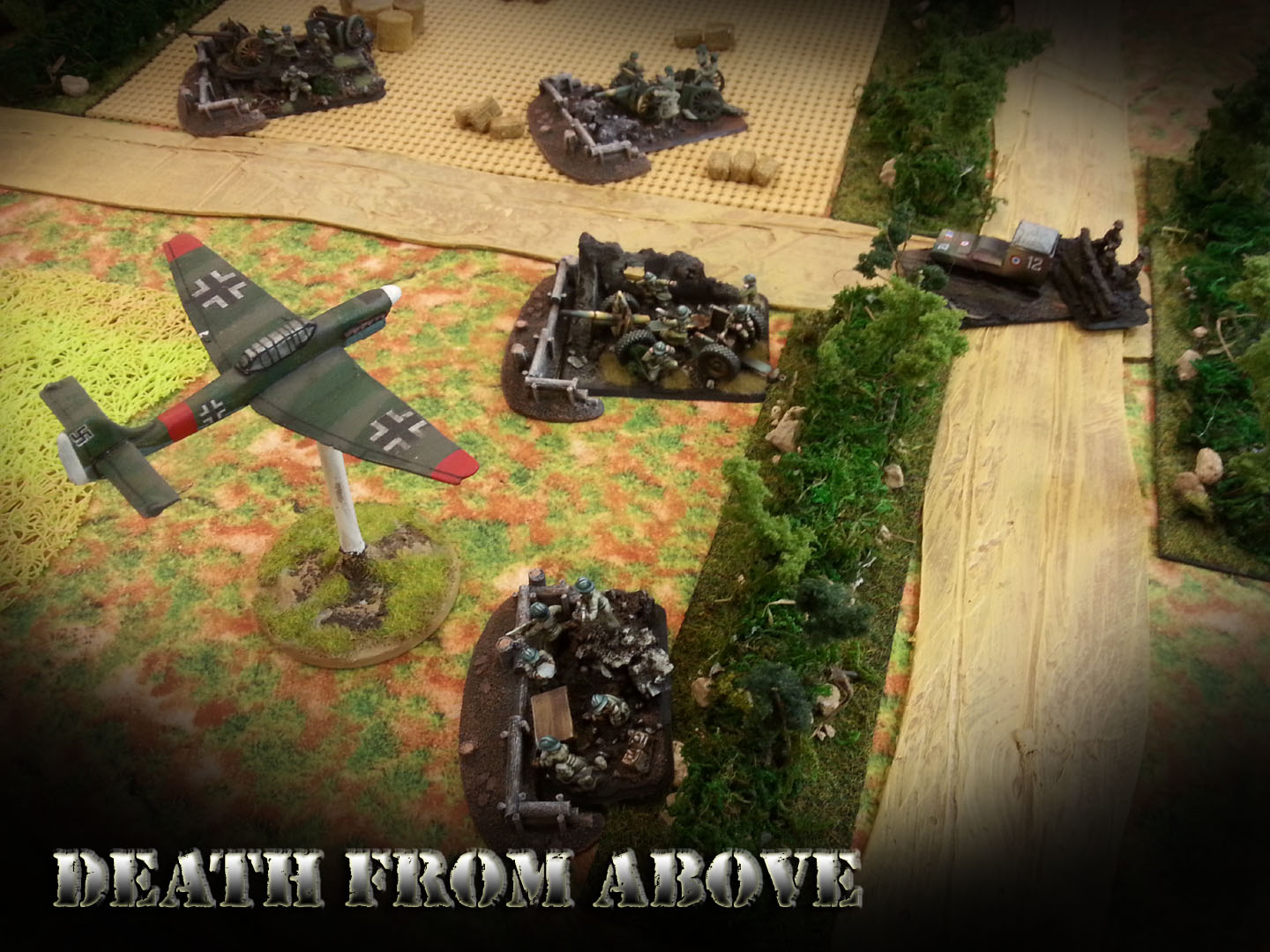 Sadly, the flanking maneuver pulled off by the Panzers would claim a prominent victim.  Charles himself!  Alas, he was caught out in the open, and no amount of evasive actions would prevent his Somua from being destroyed. 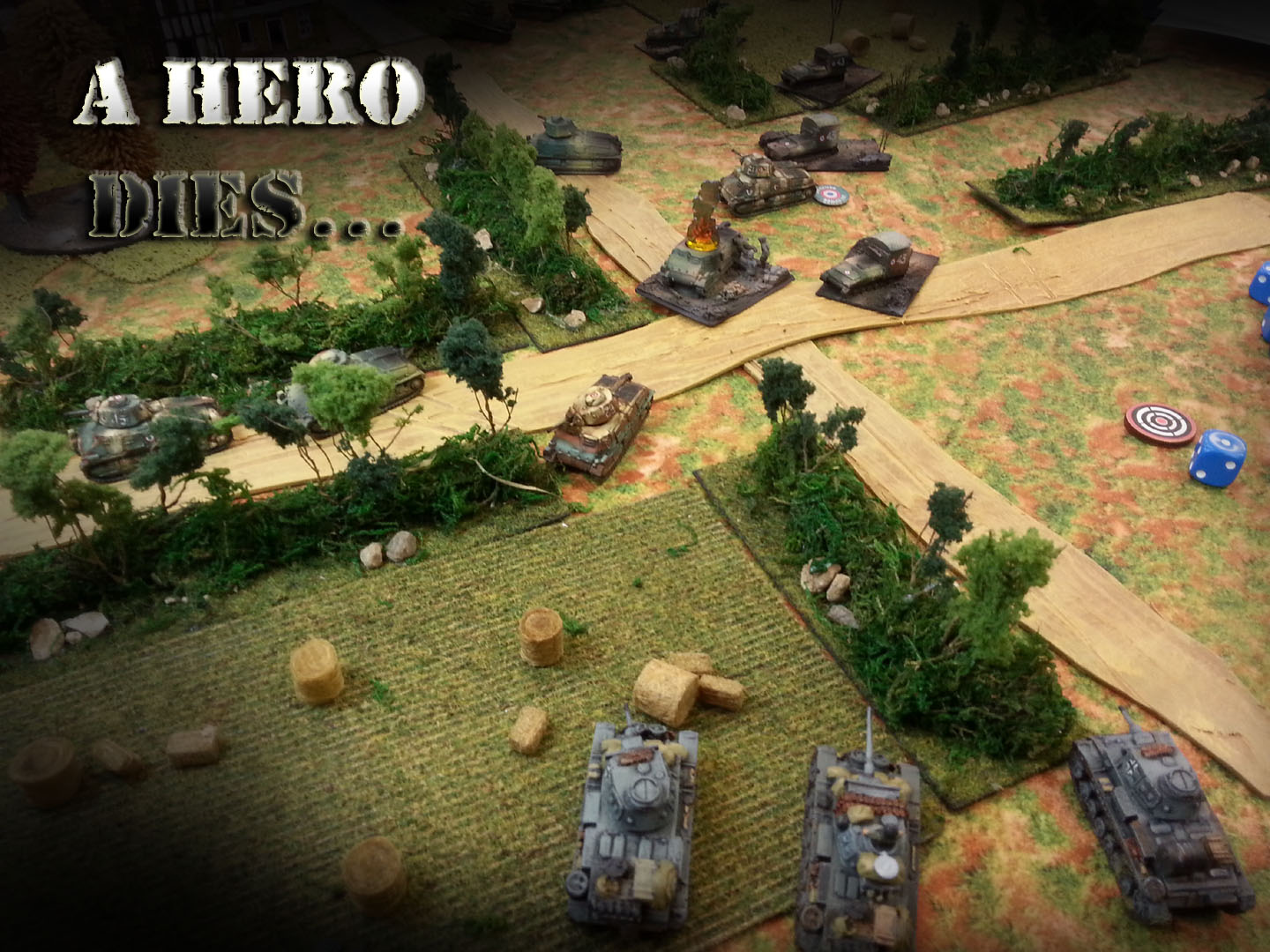 There could be no time to dwell on such a loss, with the far objective just one turn away!  The Somuas and the Hotchkiss units were sent forward. 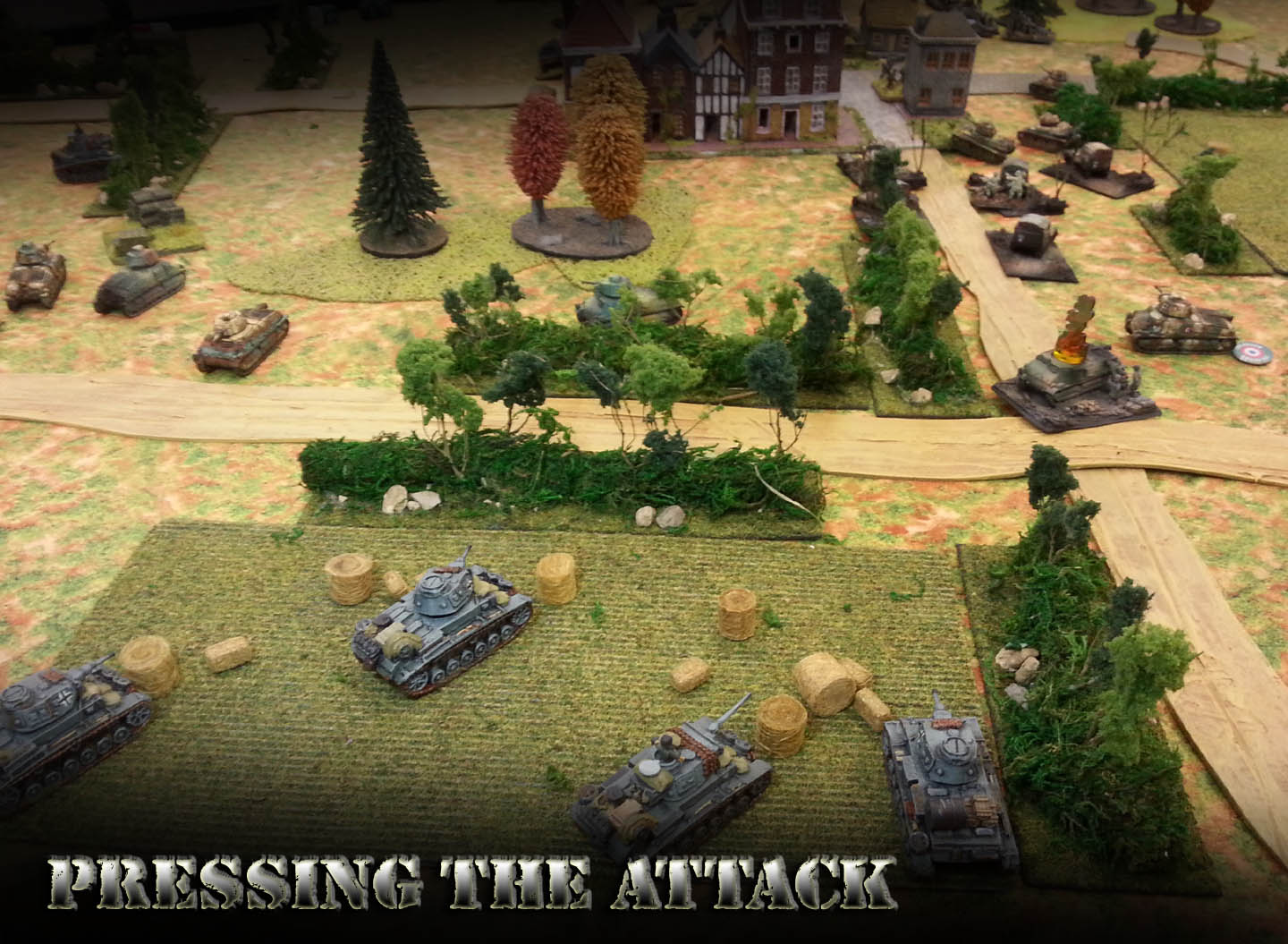 At last, one of the objectives was in sight.  It was being guarded by just one Panzer T-38.  If that could be taken out, the sudden death factor might be enough to secure a French victory! 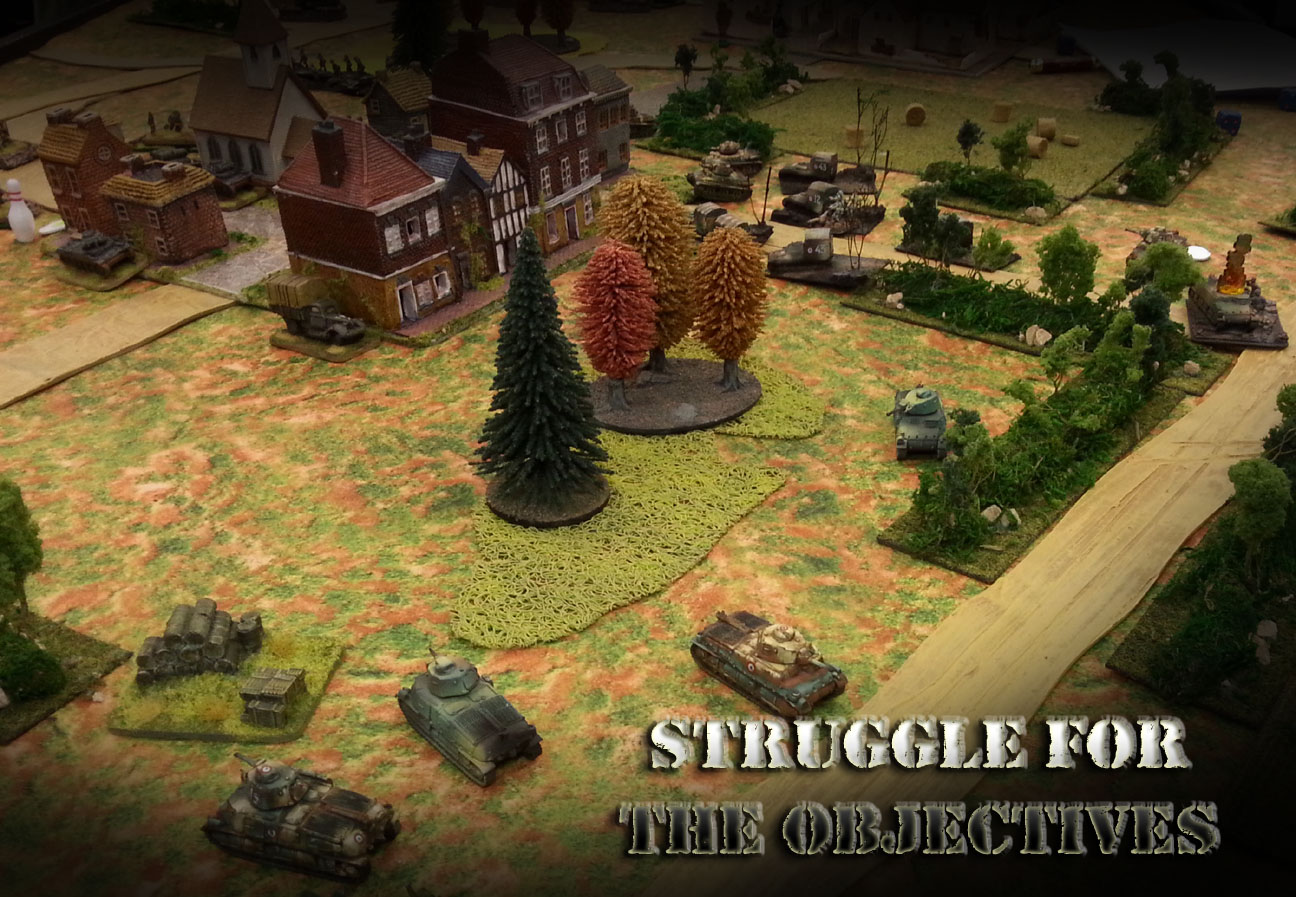 But just as hope was beginning to dawn for the French tankers, multiple units of German light tanks speed onto the battlefield.  While they had little hope of destroying the heavier Somuas, the Lorraine transports would prove an inviting target. 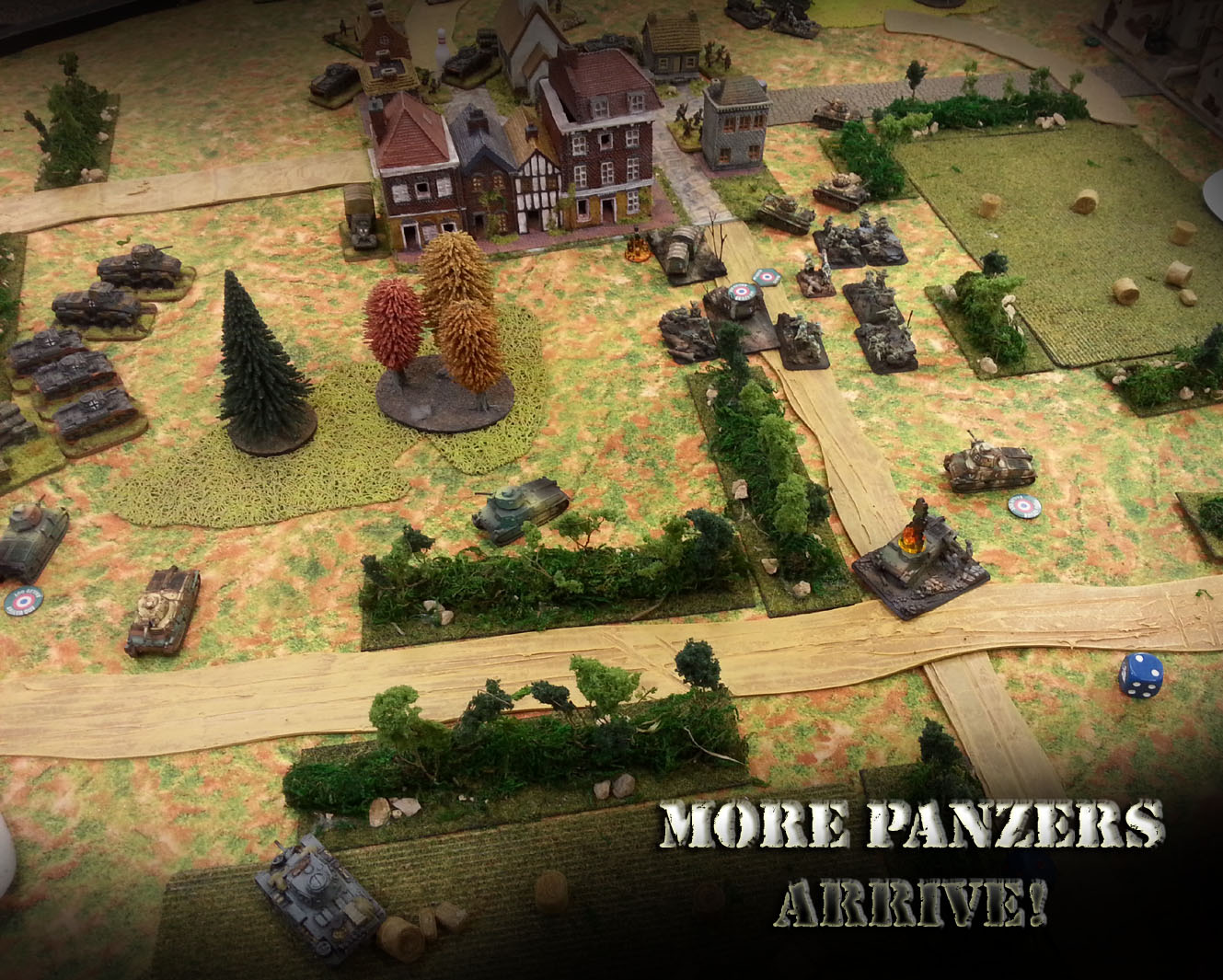 Try as they might, the Somuas were not able to take out these lighter vehicles, despite point blank firing! 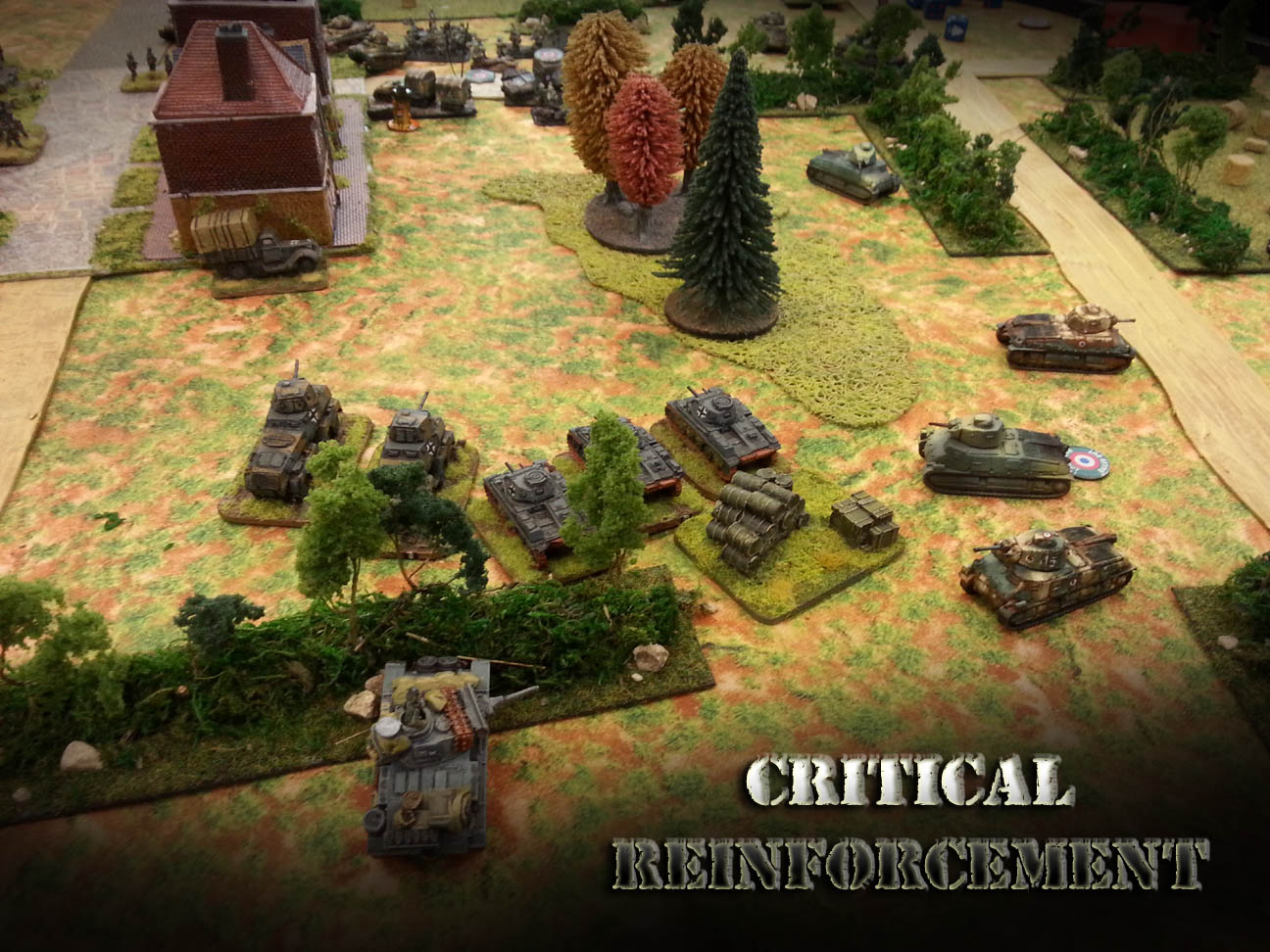 The German guns struck home on the unit of infantry in their transports.  Several were destroyed, forcing the occupants out into the open. 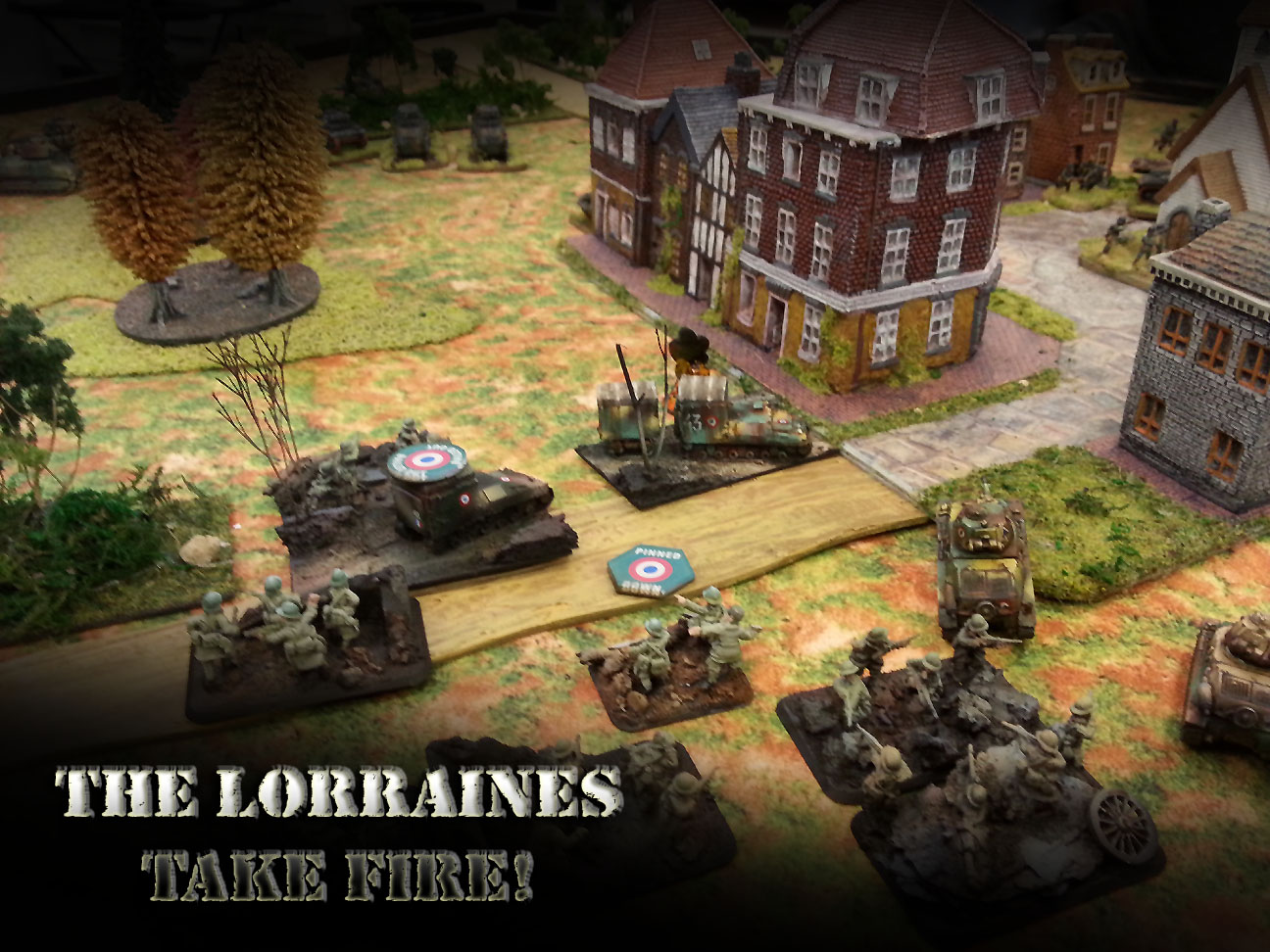 This seemed to be a disaster, but the intrepid machine gun toting infantry were undeterred. They promptly rallied, and immediately launched an assault into the town!

As it happened, they had approached from a lightly defended part of the town, which meant they could overwhelm the few defenders in the area, and claim control over the western half. 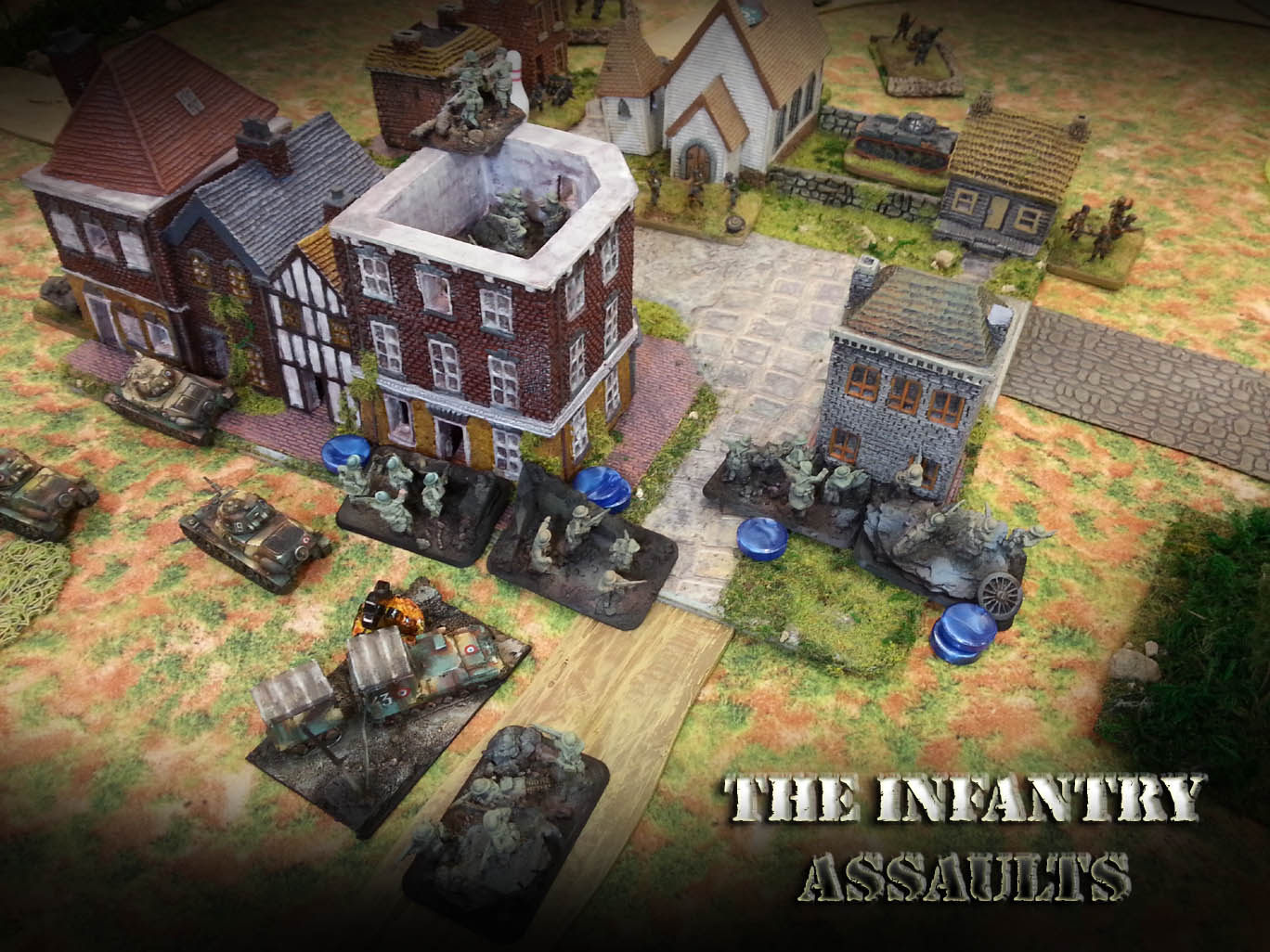 Suddenly, the forward objective was now threatened by a pincer advance from infantry. 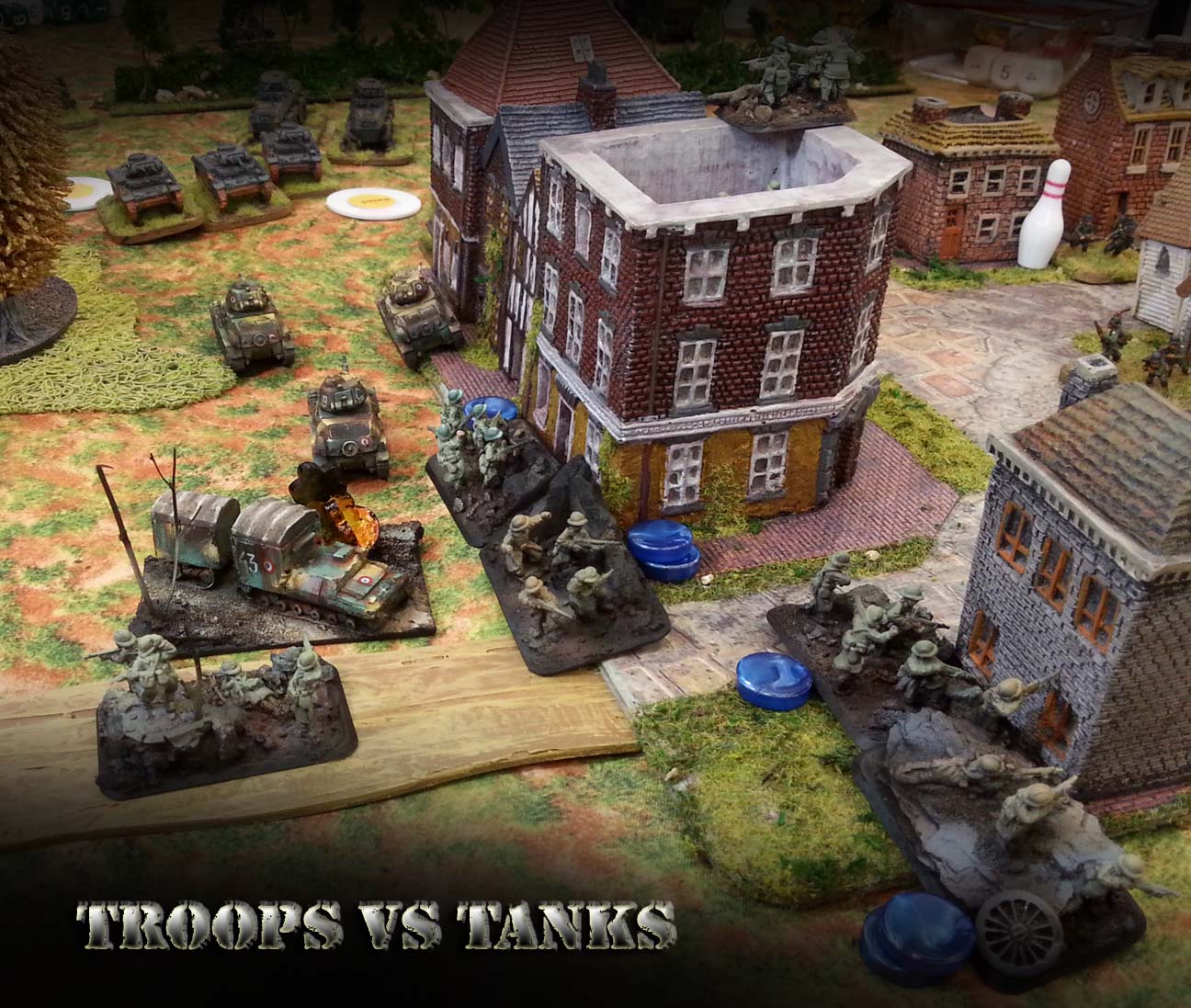 The contest of act and react continued as the light German tanks bypassed the town to take on the exposed MG unit which was approaching the pinned down German infantry holding the second objective! 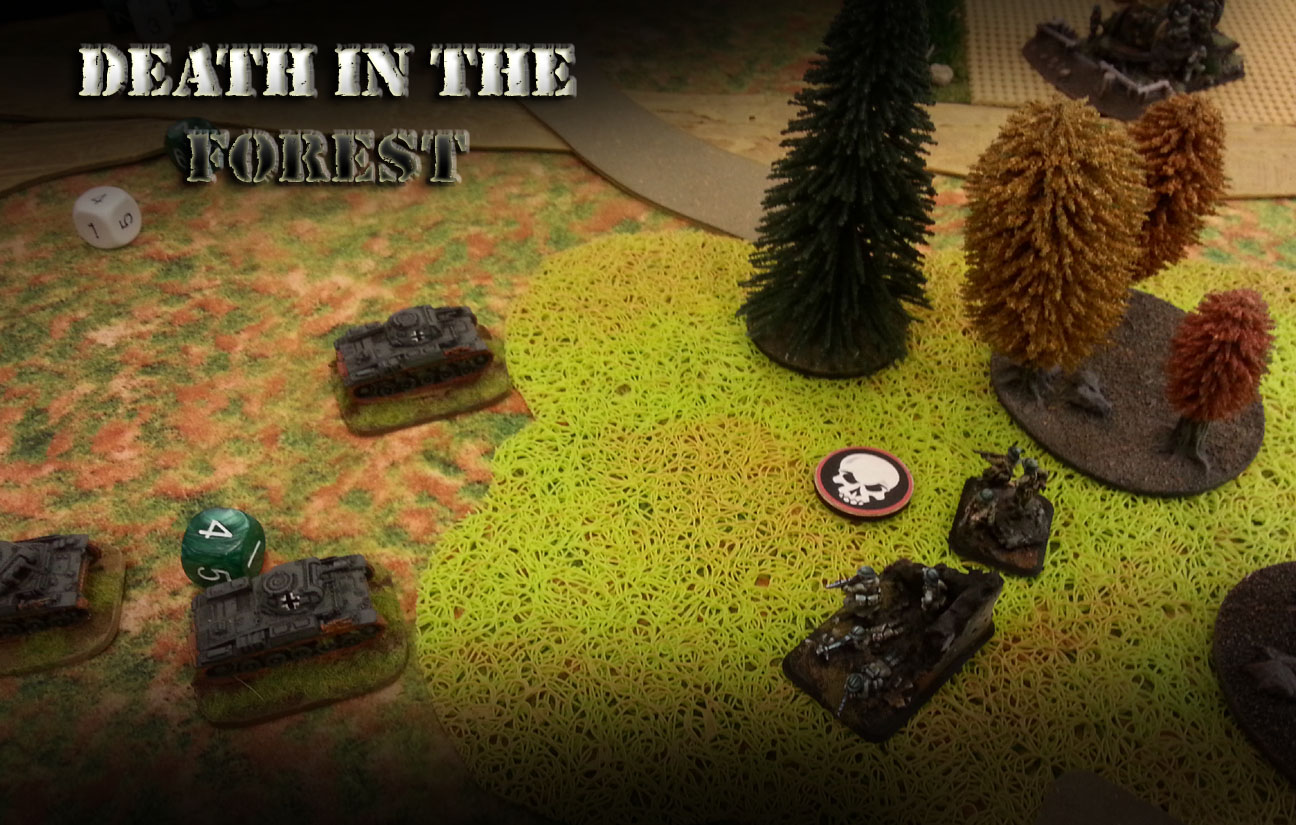 The battlefield was now a swirling maelstrom of destruction and confusion.  What was a front line was now the rear, and flanks seemed to have no consequence.  A deadly merry go round! 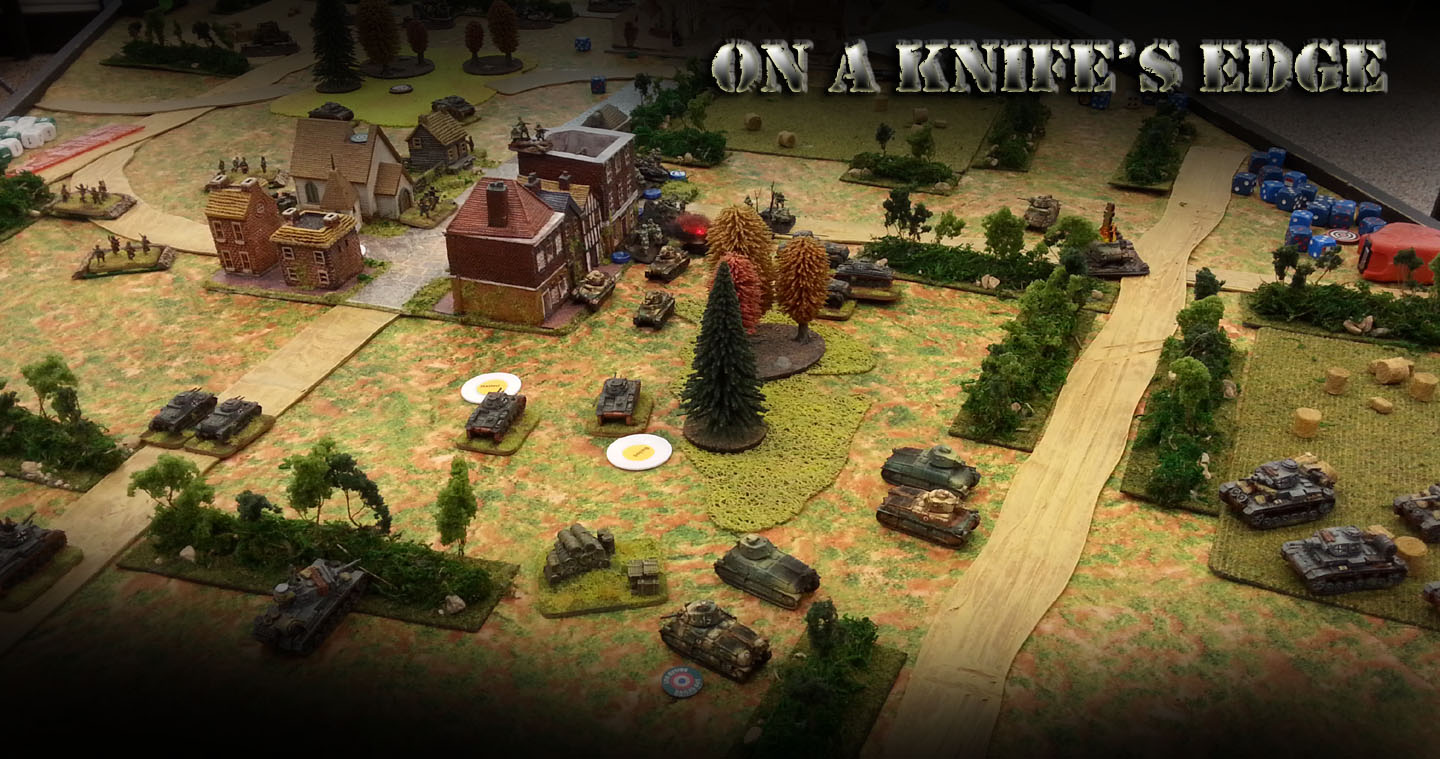 With all of their timely reinforcements on the board, the Germans could now attempt to isolate certain units and grind them down.  While it had been a relative stalemate to this point, these later moves would prove to be too much for the overstretched French units to handle. 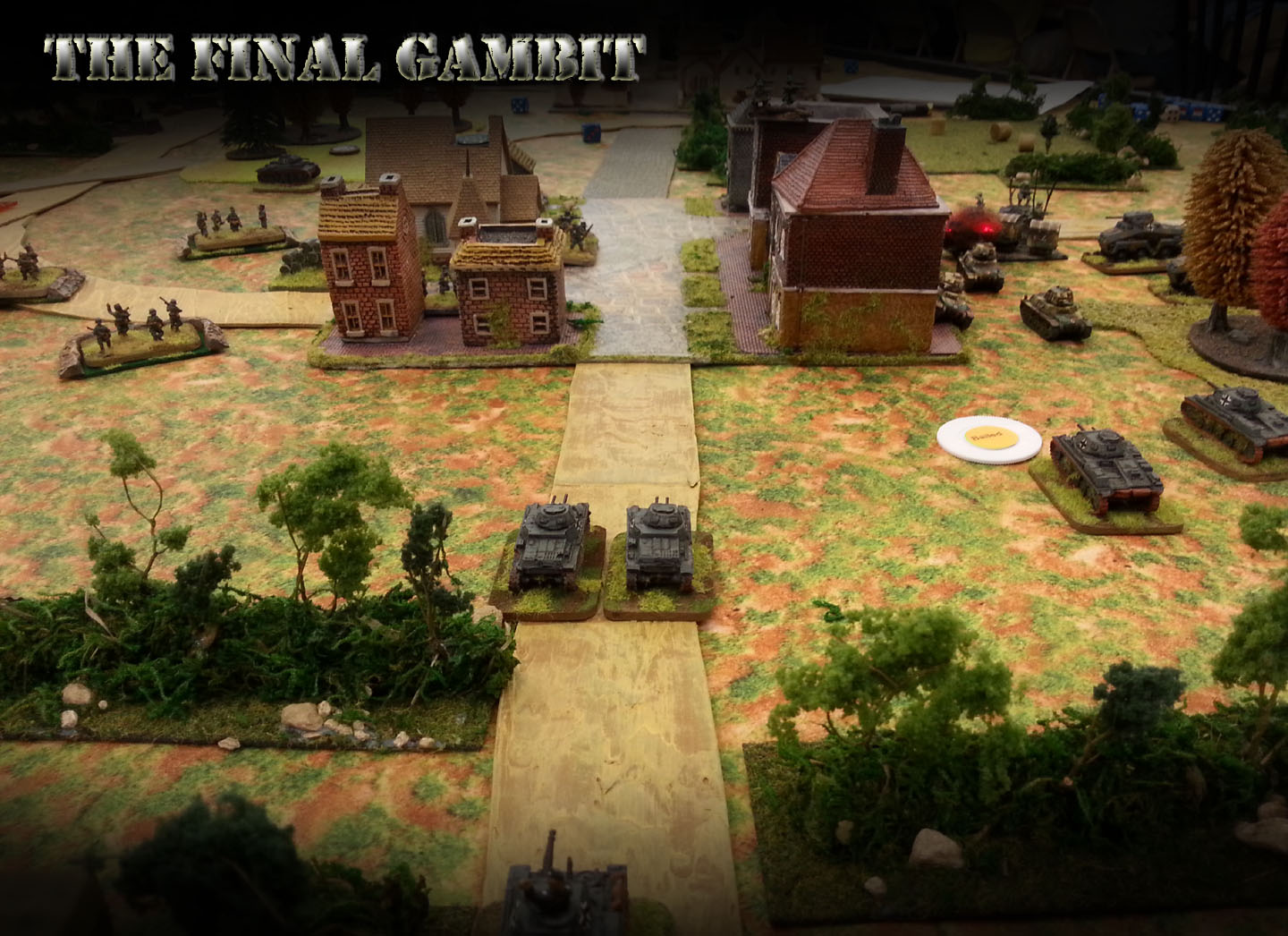 Eventually the impact of all those reinforcements was felt in a devastating way.  With the troops out of the Lorraines, the threat of ant-aircraft fire was gone, leaving the skies open for one last air assault.

This, in combination with the fast moving scout vehicles and tanks meant that the vital objectives could not be taken.  Valiant sacrifices were made... perhaps precious time was gained by this action.

One can be sure that more attempts shall be made to stave off complete disaster!  Stay tuned. 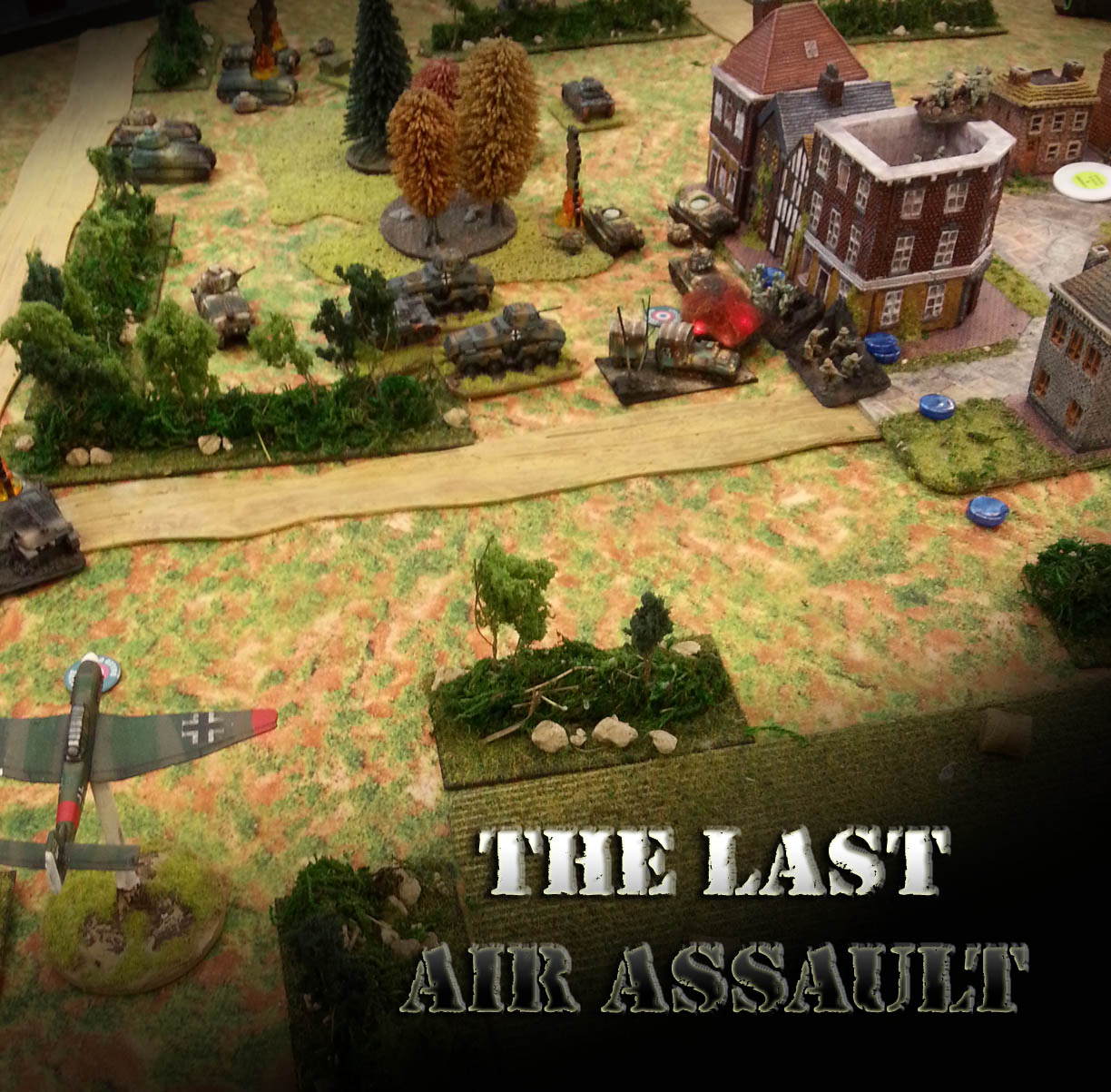