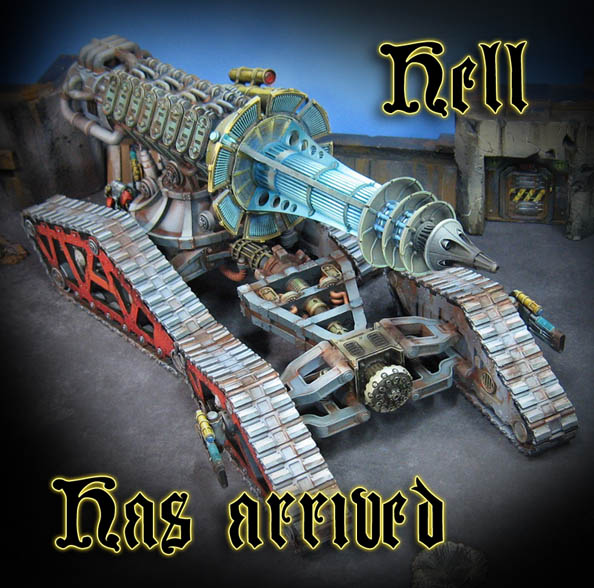 Now for the moment you have all been waiting for!  Apparently I took a number of photos of the completed vehicle, so I will be making at least one more post... perhaps two. :-) 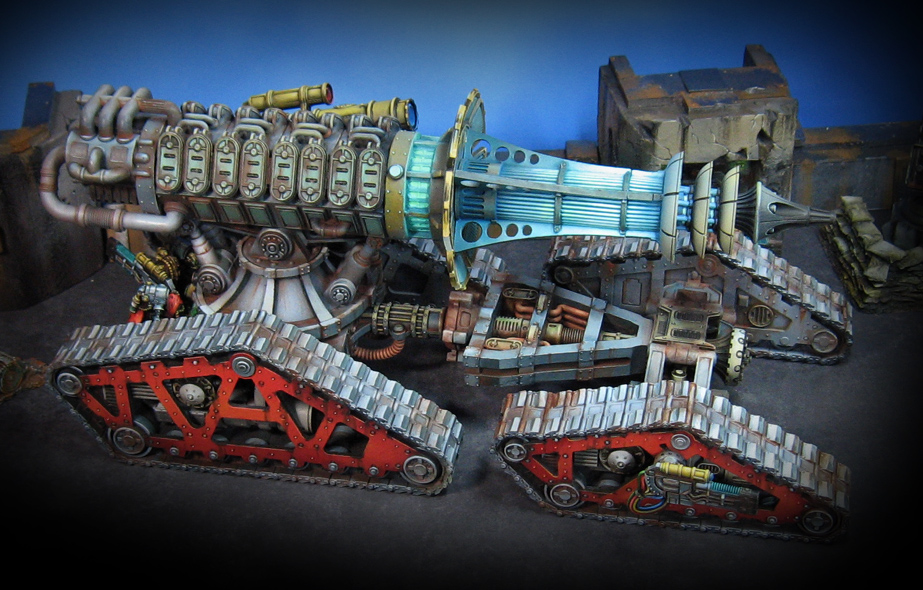 I did forget to have a miniature or two around this to show you how enormous it really is, but I think the surrounding 28mm terrain is adequate. 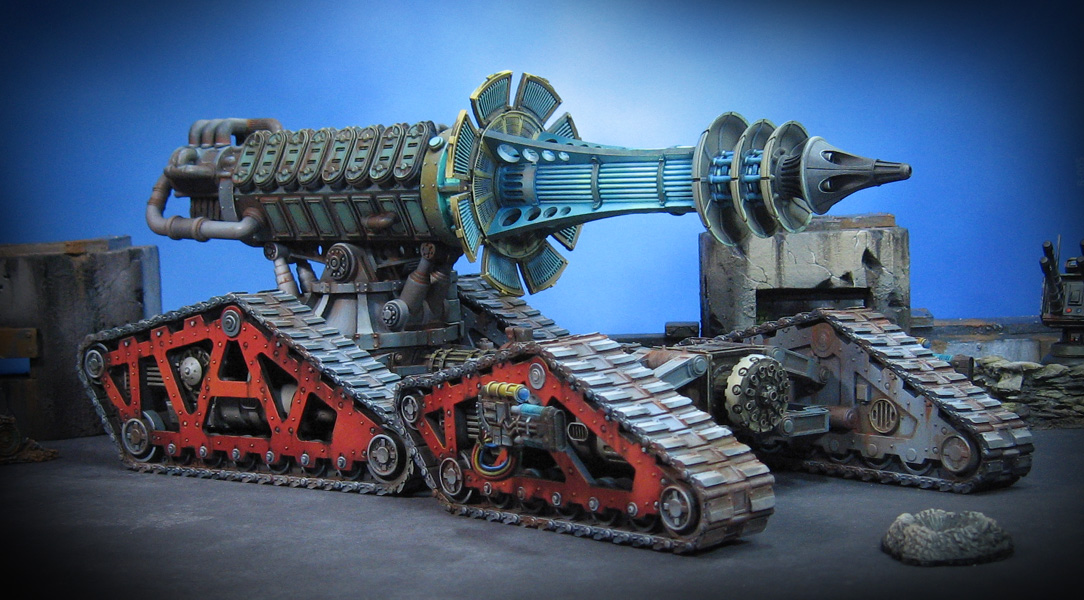 Those tiny plasma cannons that you see are full sized plasma cannons!  The rear tracks are easily bigger than those of a Land Raider. 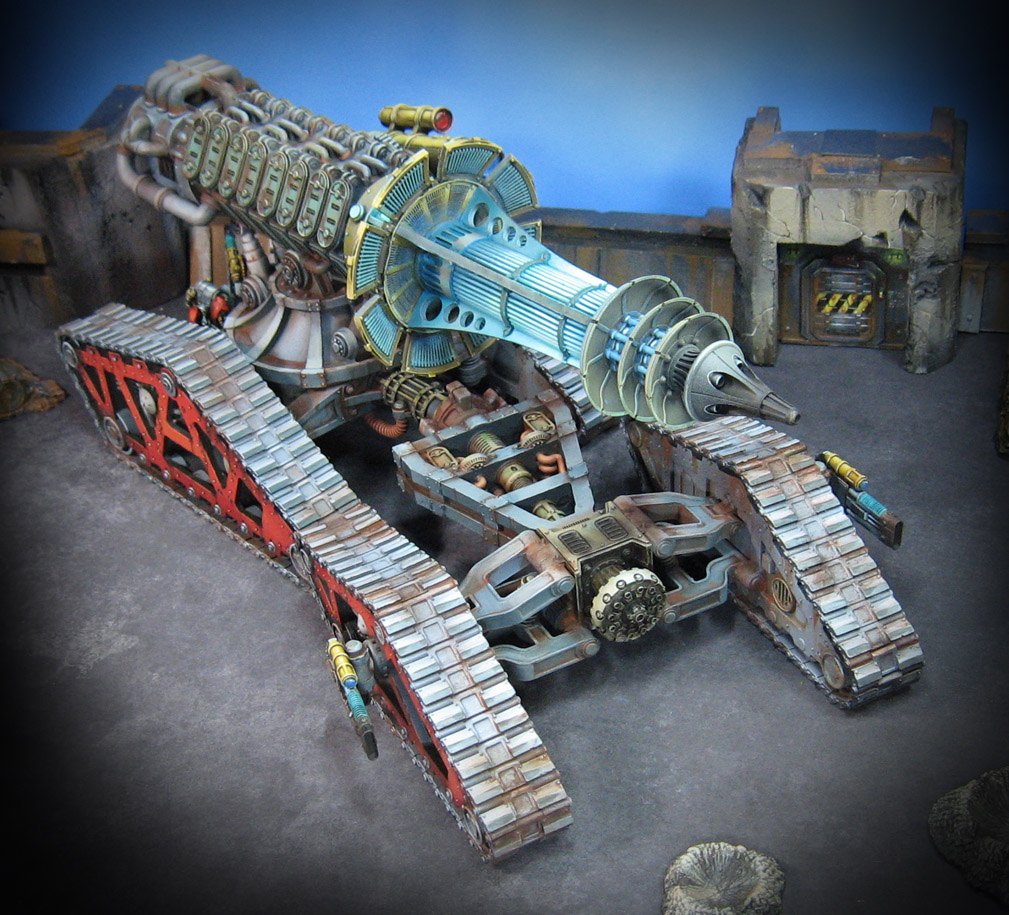 The main gun mount is not glued in place.  It is actually possible for it to rest in the designated slot, while the four hydraulic pistons hold it in place. 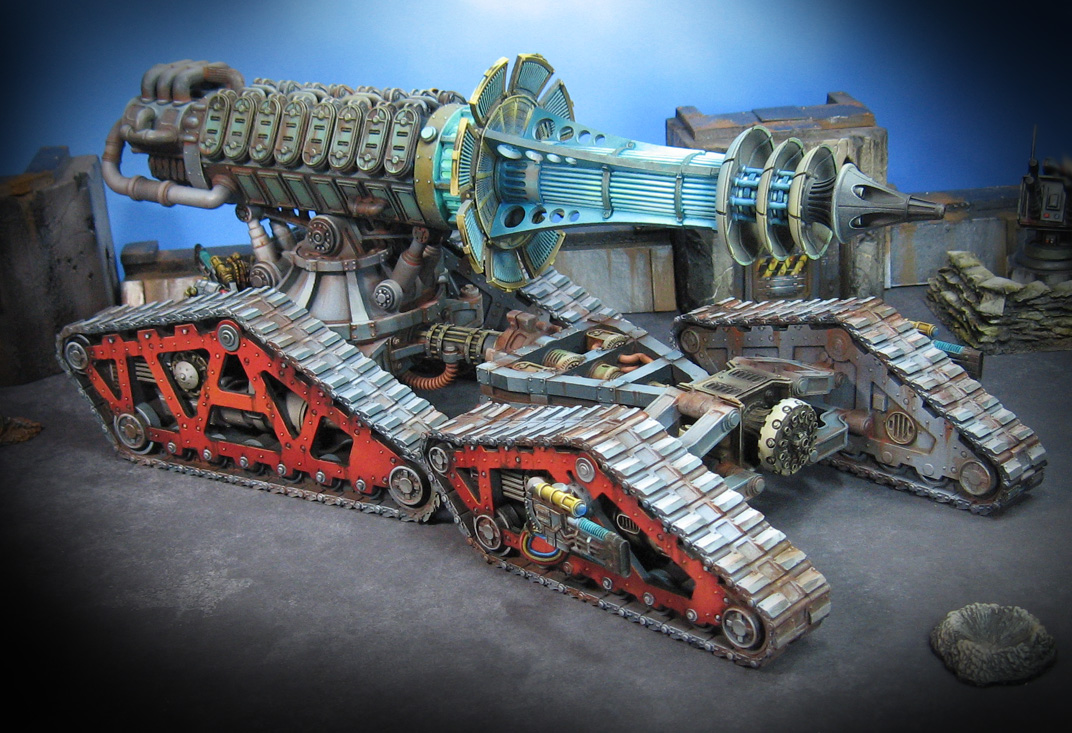 From ground level, it gets even bigger! 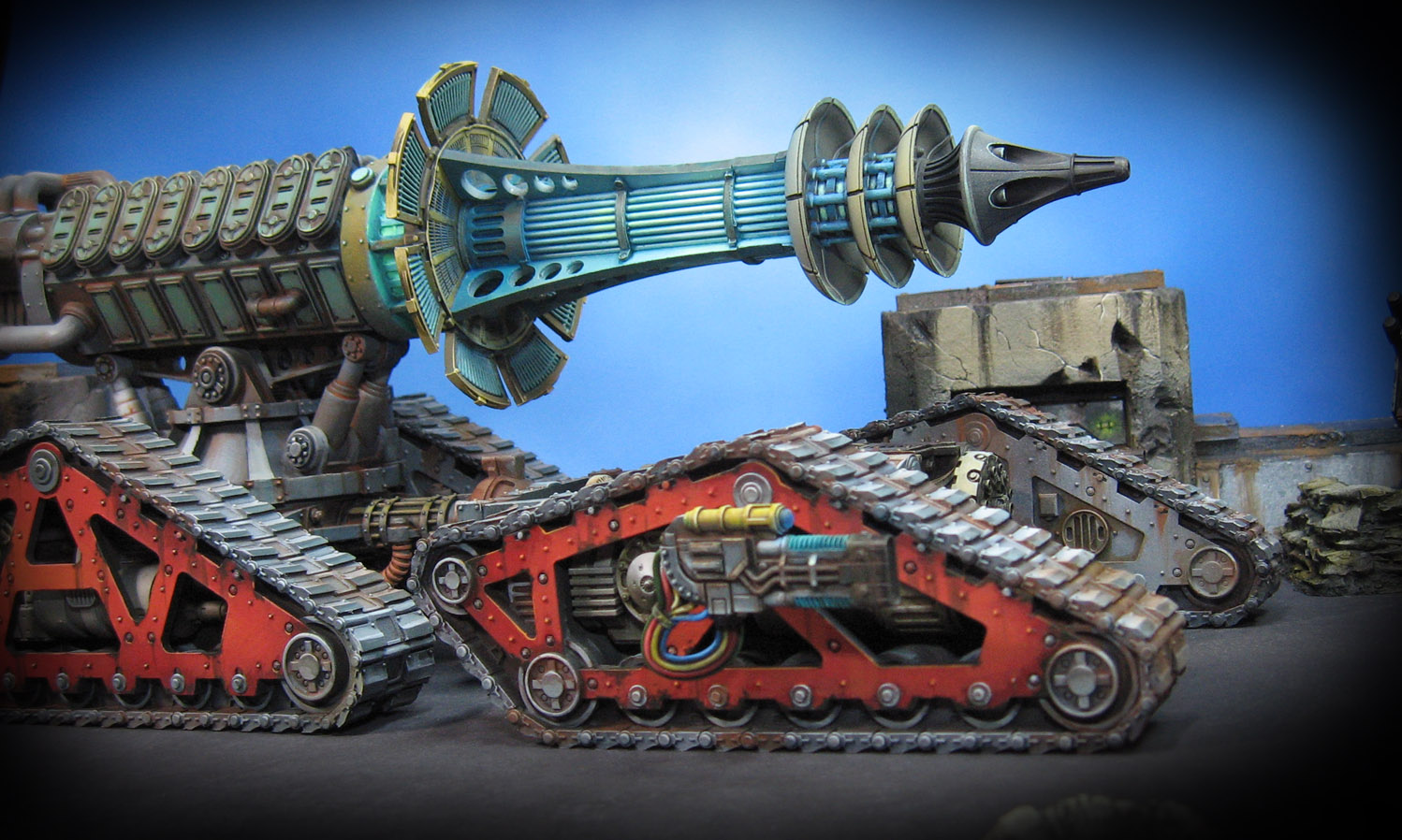 I suppose that I should mention the gun itself does not rotate.  It looked like it might when I first saw the pieces, and the circular mount. 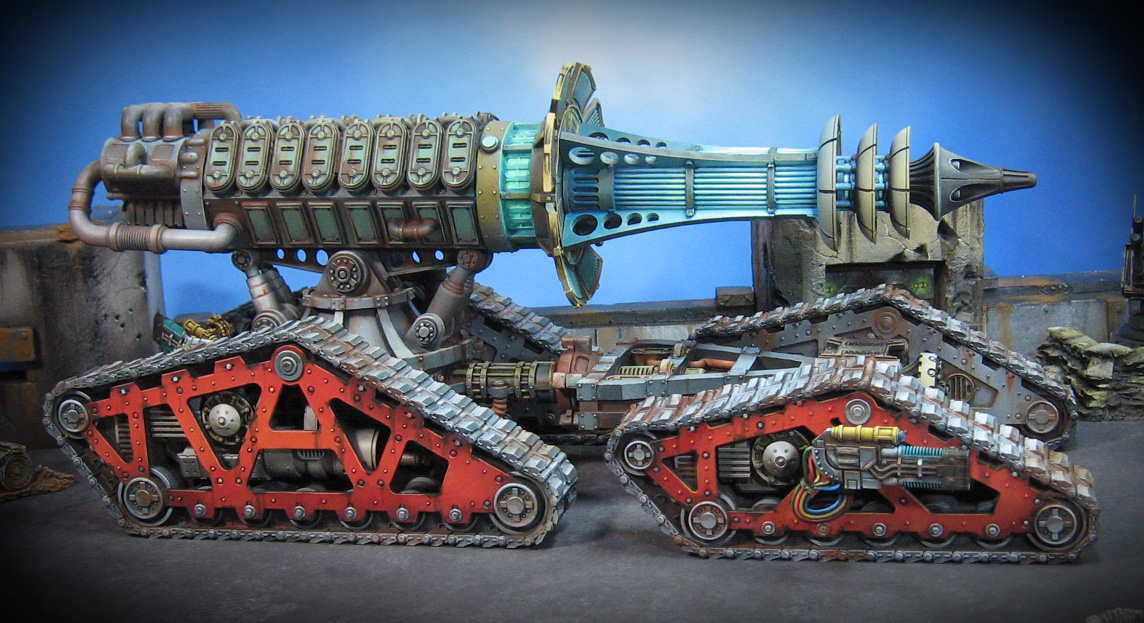 The sandbags in the right hand corner can easily hide a 28mm human sized mini, if you want a size reference. 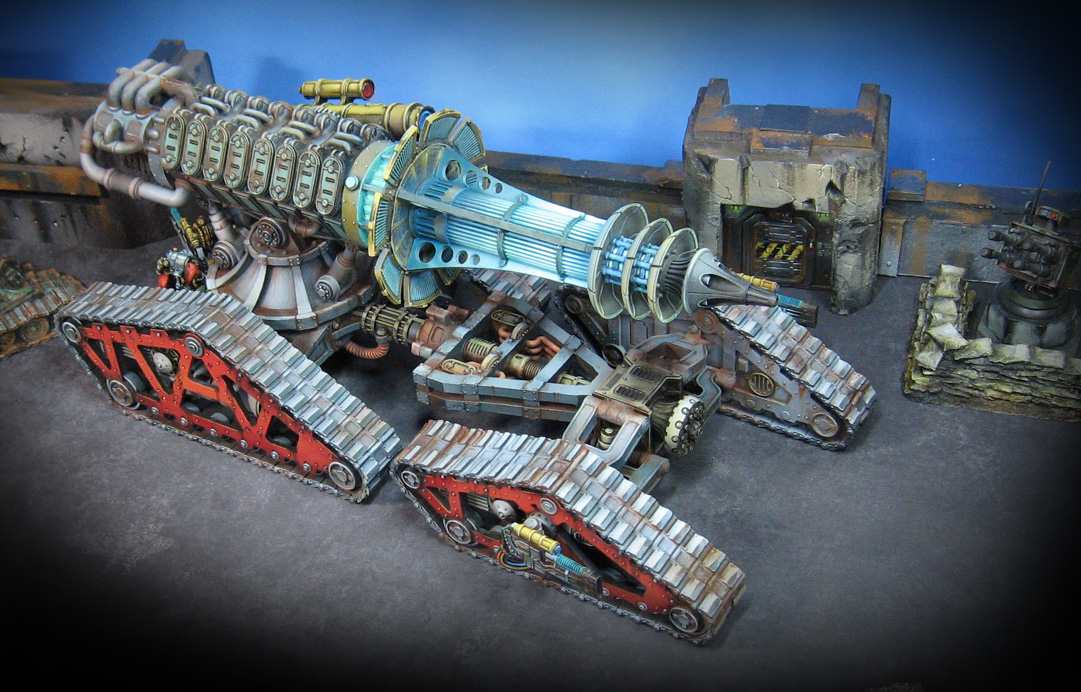 These overhead views probably give you a better sense at how open and exposed all the parts are, creating a lot of extra work. 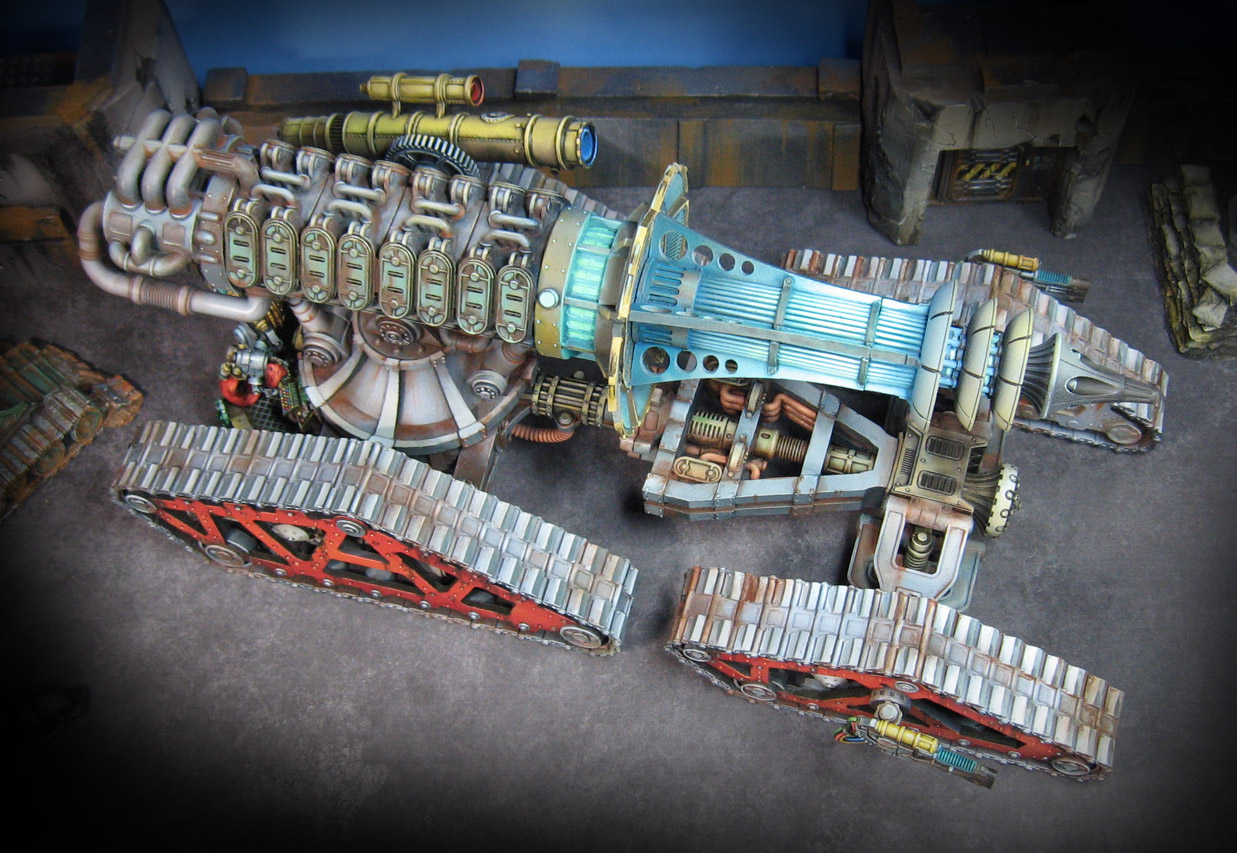 What's more, it is a lot of work that is likely to never be seen, unless you are unpacking it!

However, you might be able to detect some of the blue powders that I used on the forward wheel assembly just under the glowing gun.  It's just a tiny hint, and I feel that not even an airbrush could have done that subtle of an effect.

I scrubbed that dusty pigment deep into the existing paint, so that it did not look as if it were simply "dusted" on. 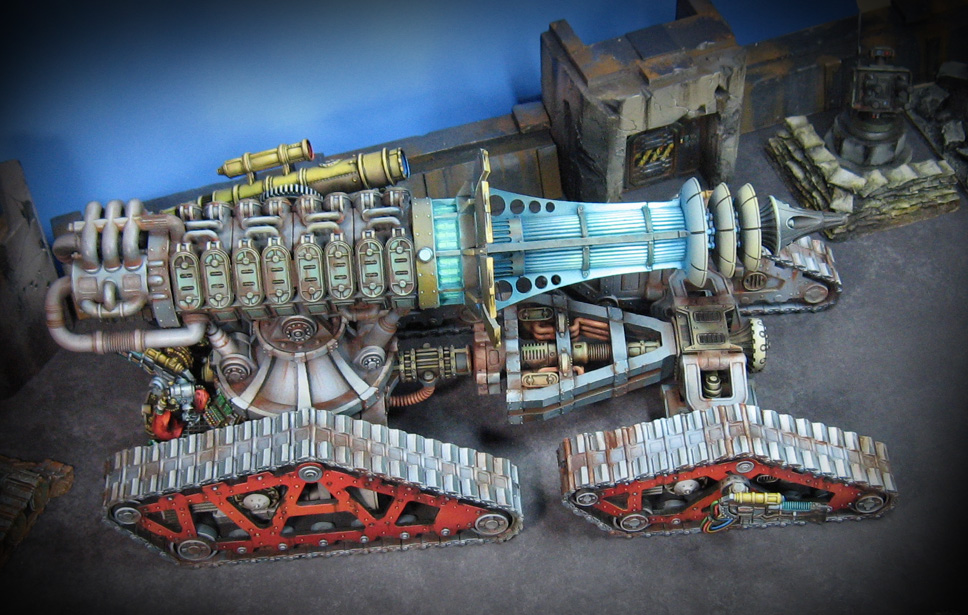 This is why I wanted to have those areas of minimal weathering effects, to break up those endless spaces of gray.

Many more images to come, showing how this articulated, a few close ups of hard to see areas, as well as some front and rear views.  Stay tuned!! 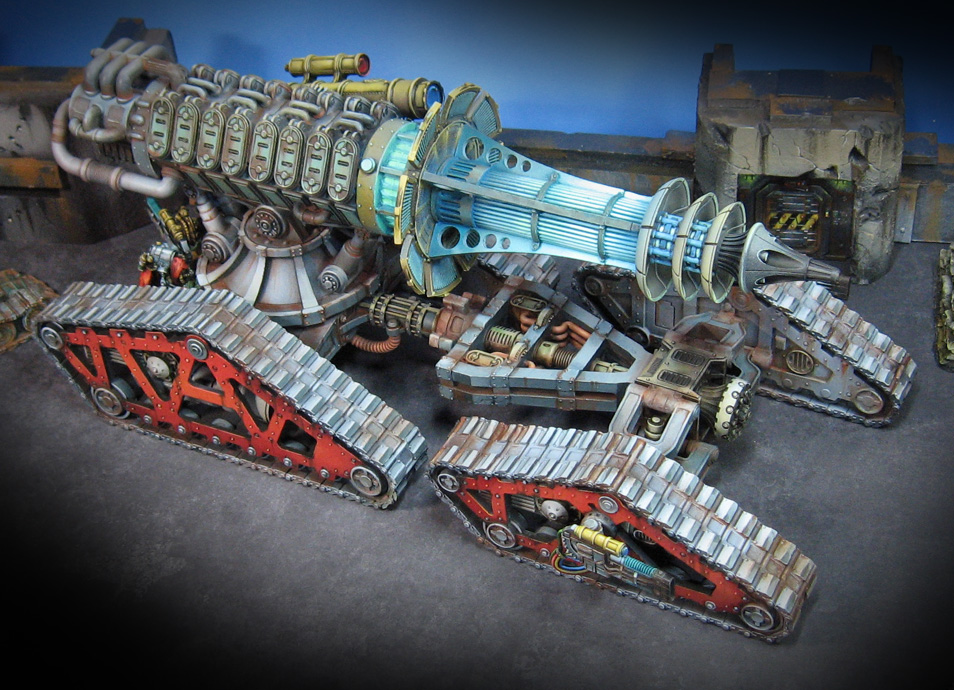