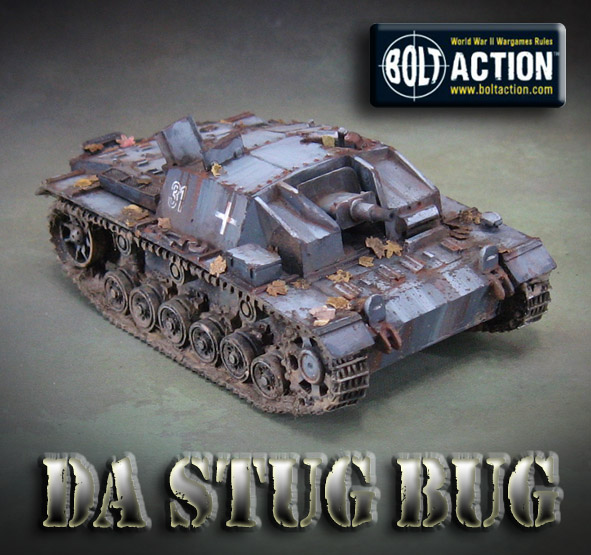 The very early version StuG D should be interesting in our upcoming Barbarossa games.  Compared to later war versions, this faces some interesting challenges.  Having just a single weapon, it's use will have to be very strategic.

As we have seen, vehicle mounted machine guns tend to do very well in Bolt Action, and I will have to re train myself on this one!  Of course, It's really meant for bunker busting, and that will certainly take place in a variety of the Barbarossa scenarios.

I did my usual "primer painting" with the Badger Stynlrez primers, followed by glazes and layers of the Secret Weapon weathering paints.  This had to be completed in a hurry for GenCon, so I had to make sure that the vehicle would be dry enough so that I could put mud and dust effects on as well!

I have a number of facebook live sessions that show how I used the Secret Weapon paints:

The mud and dirt effects were done with the Mig AMMO oils, adding some of the weathering powders into the wet paints.  Not only does this create a variety in the textures, but it helps to dry out the oils a little faster!

The leaves are actual leaves that were cut using the Green Stuff World leaf cutters,  I really love adding these, since it brings one more dimension to the vehicle.  Stay tuned for images of the Panzer 3 from early war! 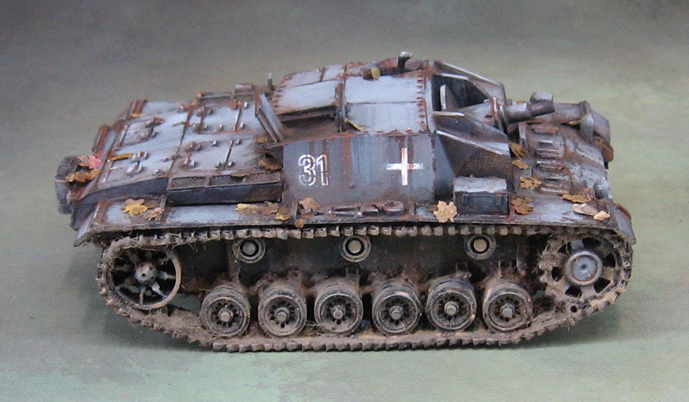