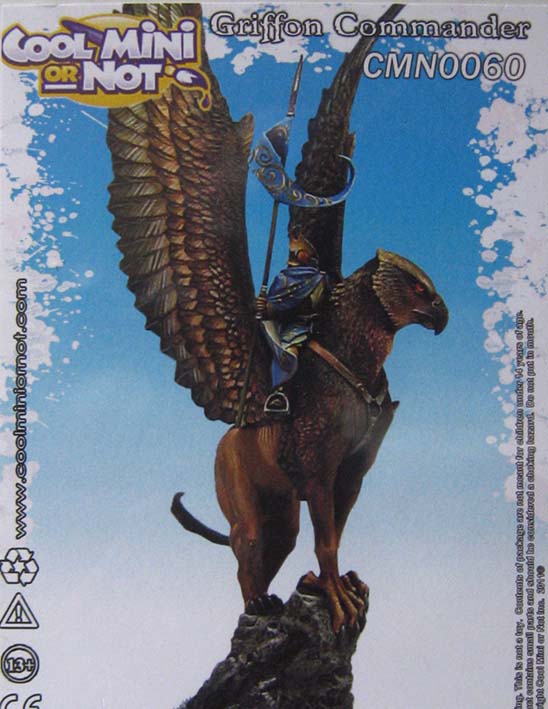 While I was at Adepticon, I stopped by the CMON booth and picked up some of the Big Birds for the painting videos.  That's when I found out that one of the eagles has been discontinued.  This was the first Great Eagle that was produced.

So, the Osprey video will become the eagle video.  Many of you saw my Great eagle which I painted for my  LOTR Bilbo's Bash army.  That will be very nice.  As a substitute for the original eagle, I am doing my favorite of all, the Griffon.

I really like this guy!  Here are some images of the preparation. 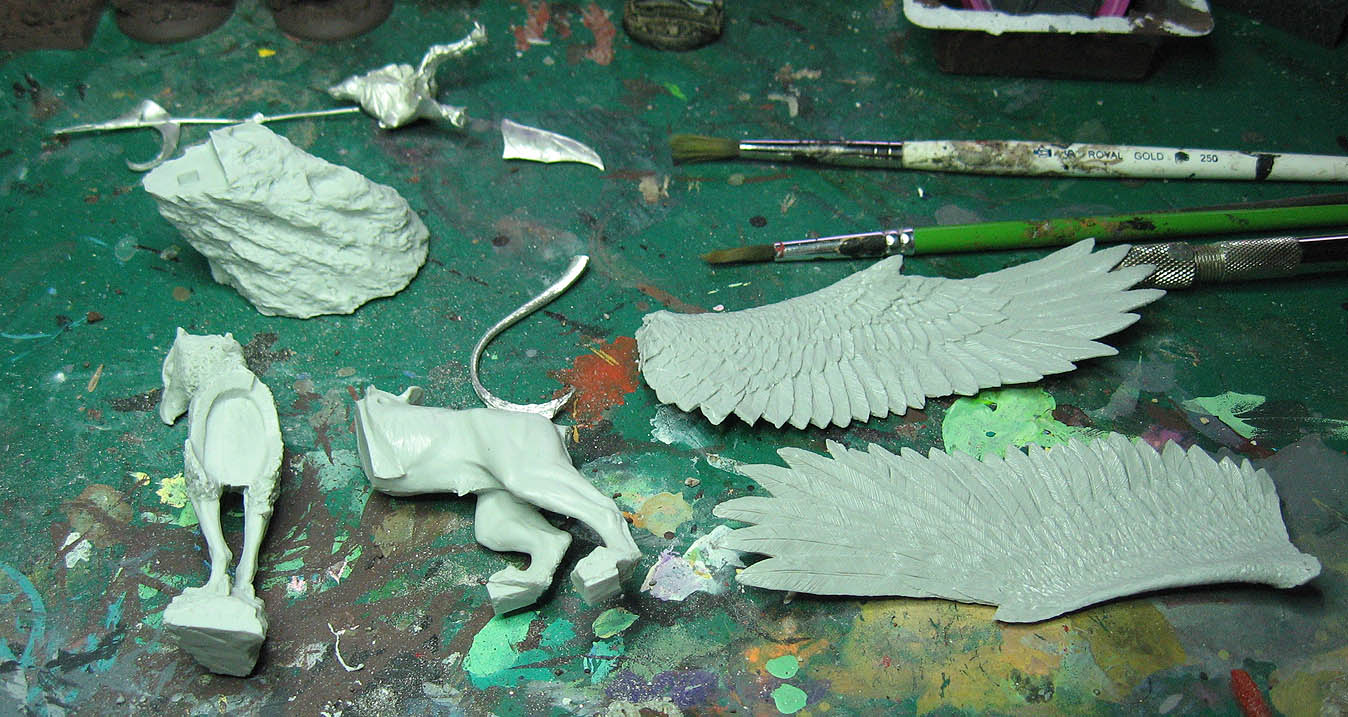 Using my usual glue / green stuff / glue technique, I put the body together 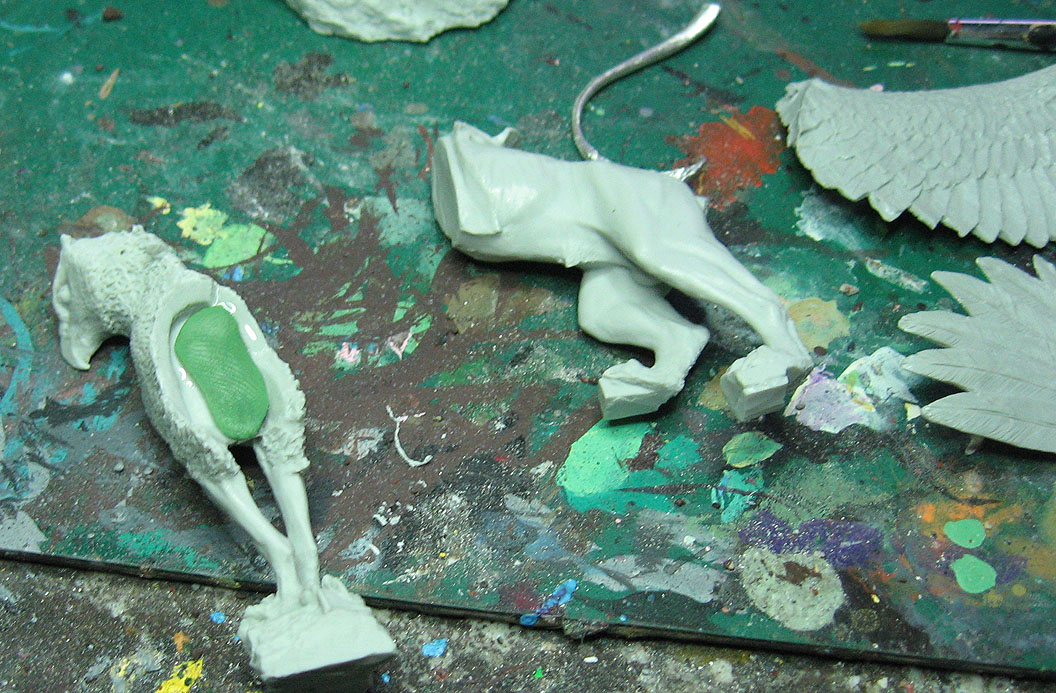 I used the same idea to glue the paws to the base. 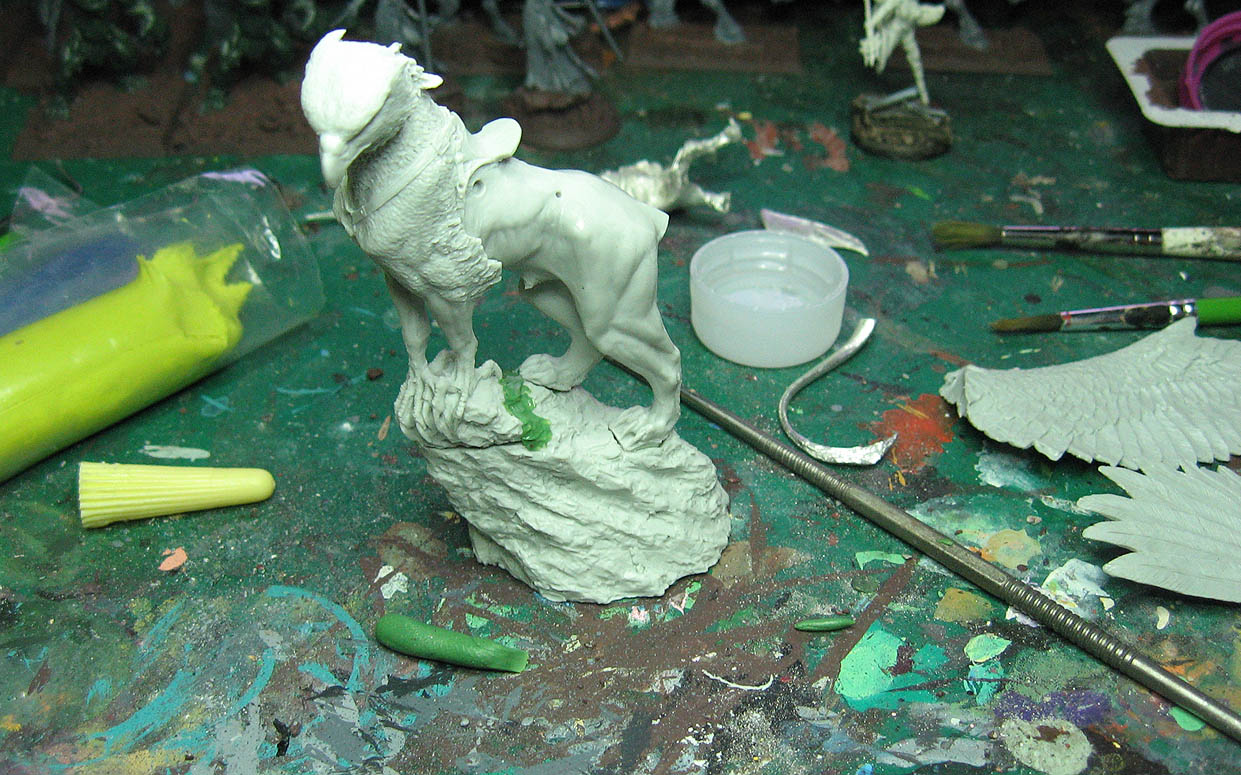 I did a little green stuff work to clean up those joints. 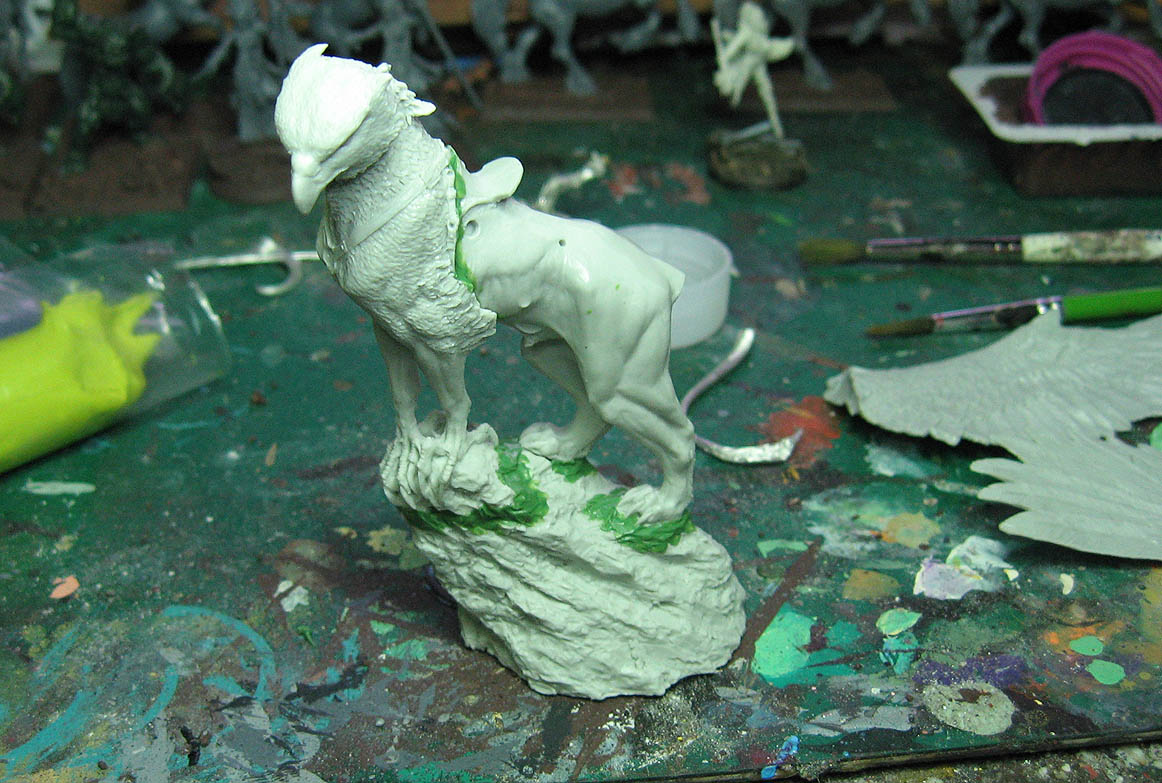 Now for the wings.  Once again, glue /gs/ glue.  First wing in position. 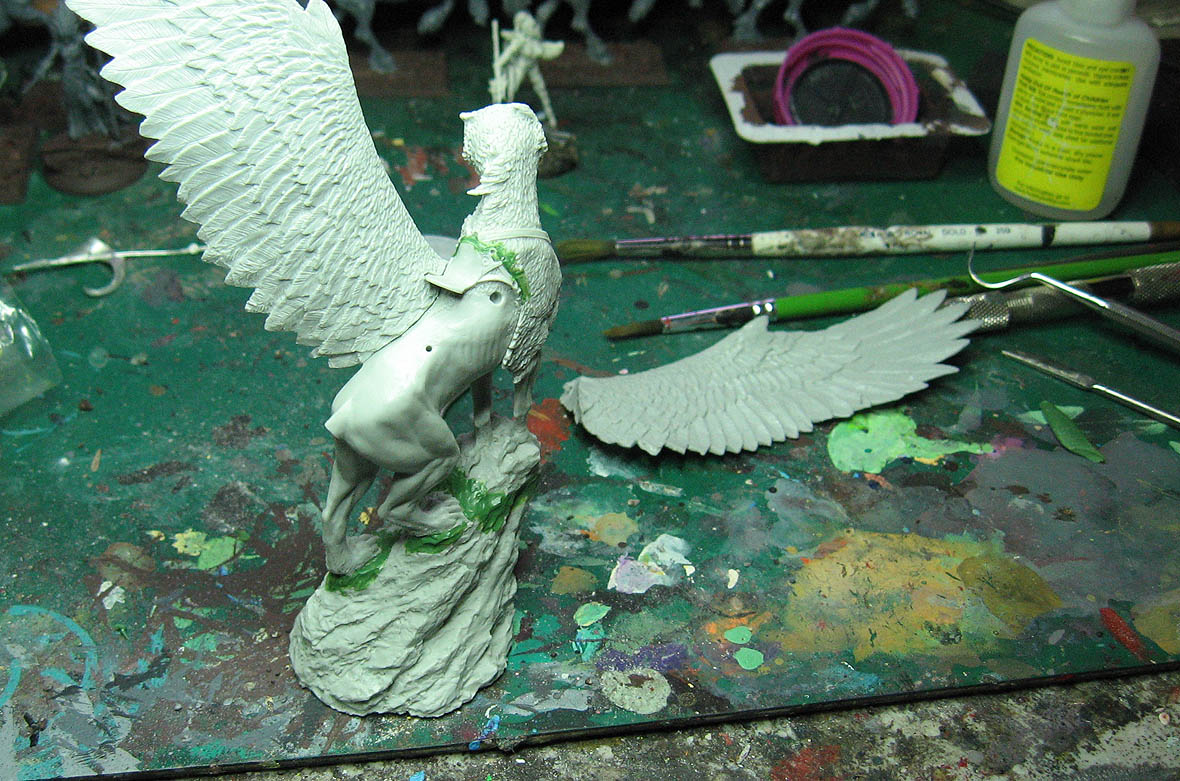 The idea behind this technique is twofold.  First, it fills in some of the gaps that can happen in these kids of joints where pins are not always the best idea.  It also means that I don't have to sit there holding it in place as the glue sets!  You can see the bead of glue in this image, with the green stuff on the inner wing surface. 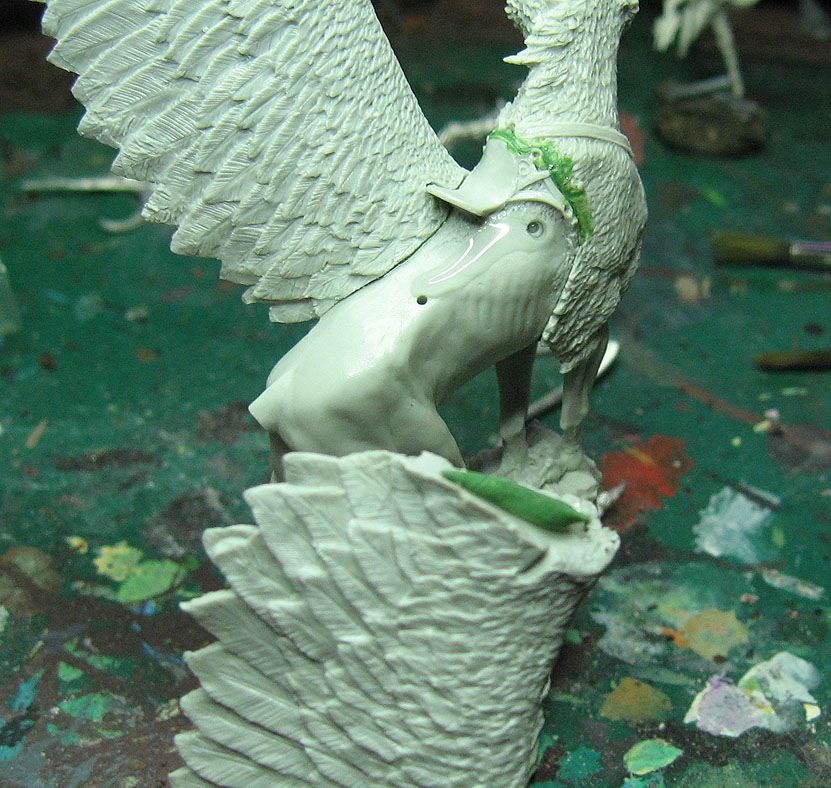 Wings attached, I did some more clean up work on the feather joint. 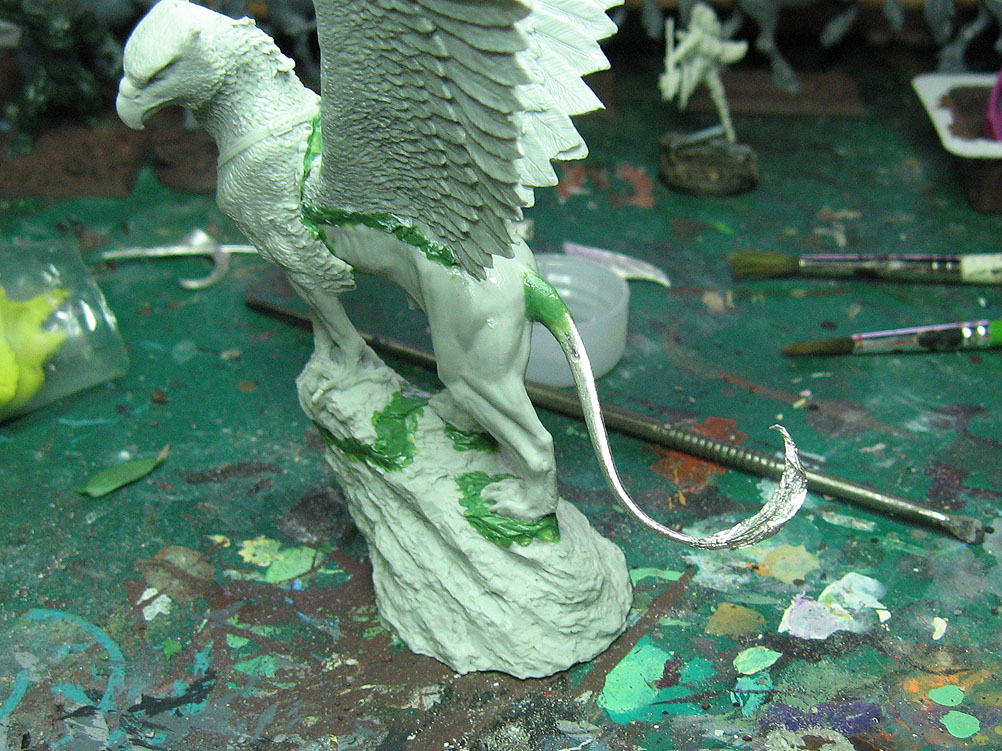 I needed a few 50mm square bases for these CMON birds, which meant I dug out some super thick plasticard which I got from Back 2 Base-ix.  I used the razor saw to slice through it... 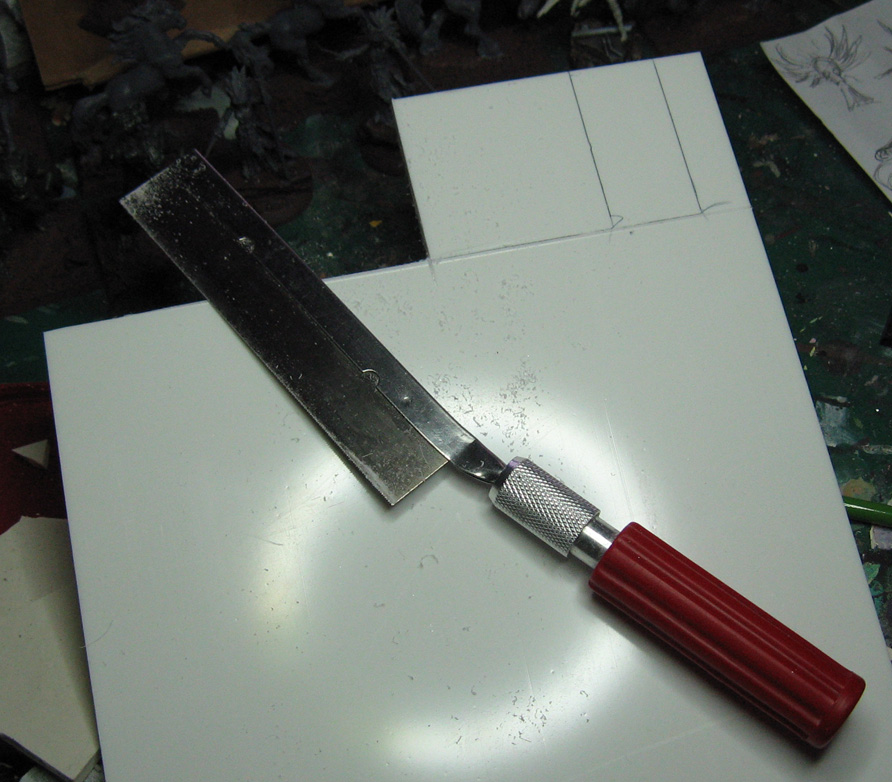 And glued the base of the griffon to it once the burrs on the edges had been filed away.  I also used some Apoxy sculpt to increase the amount of base and be a little more decorative... 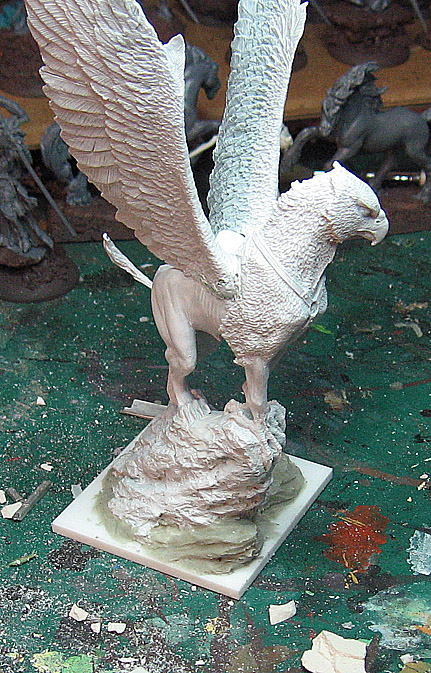 Another view of the extra material which I sculpted.  I added some fine and coarse gravel as well. 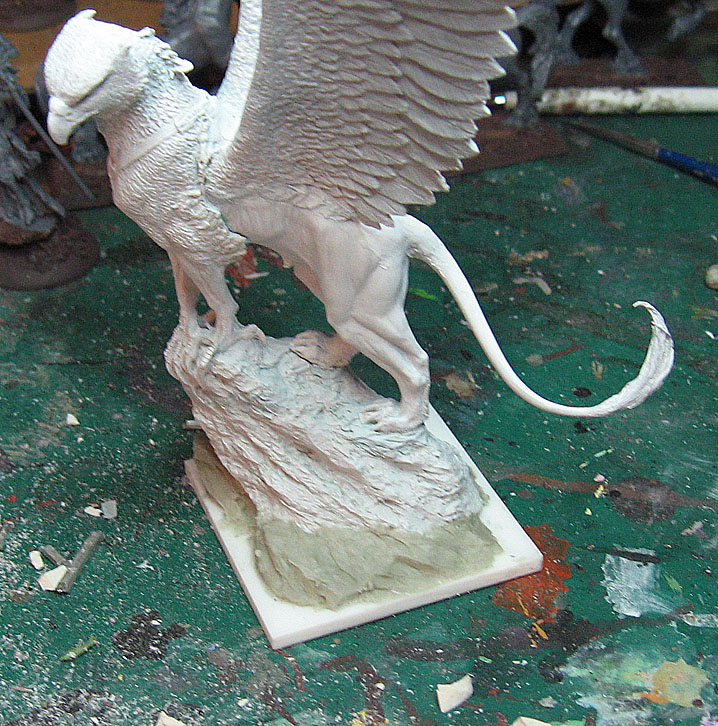 I had some of the brown craft paint mixed with black primer out on the palette, so I thought I would put a layer on the base when all the gravel and rocks dried.

I will do additional posts on the rider, and the painting of this beast!  Stay tuned!!! 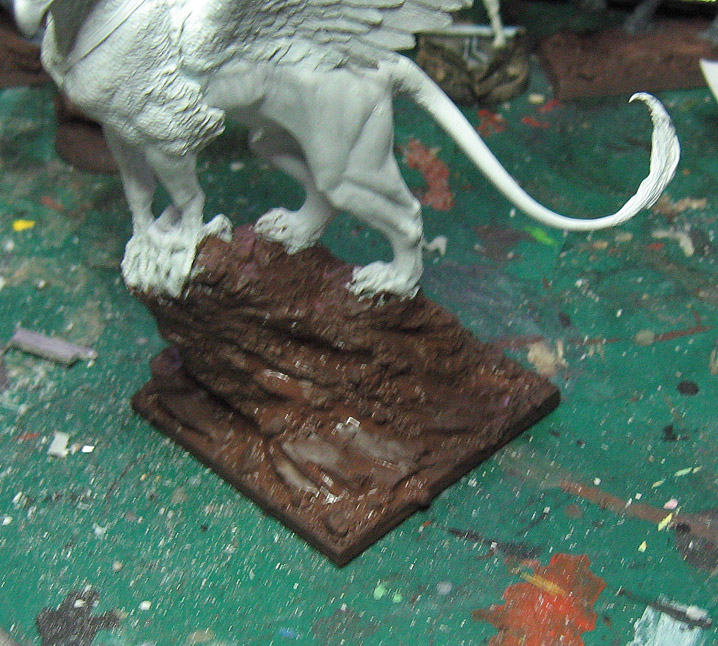 Posted by wappellious at 8:15 PM No comments: 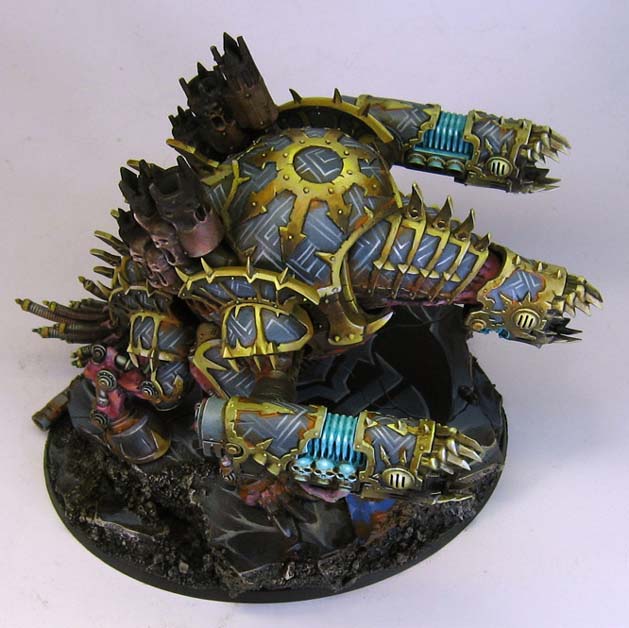 Now for some top views to show the freehand a little better :-) 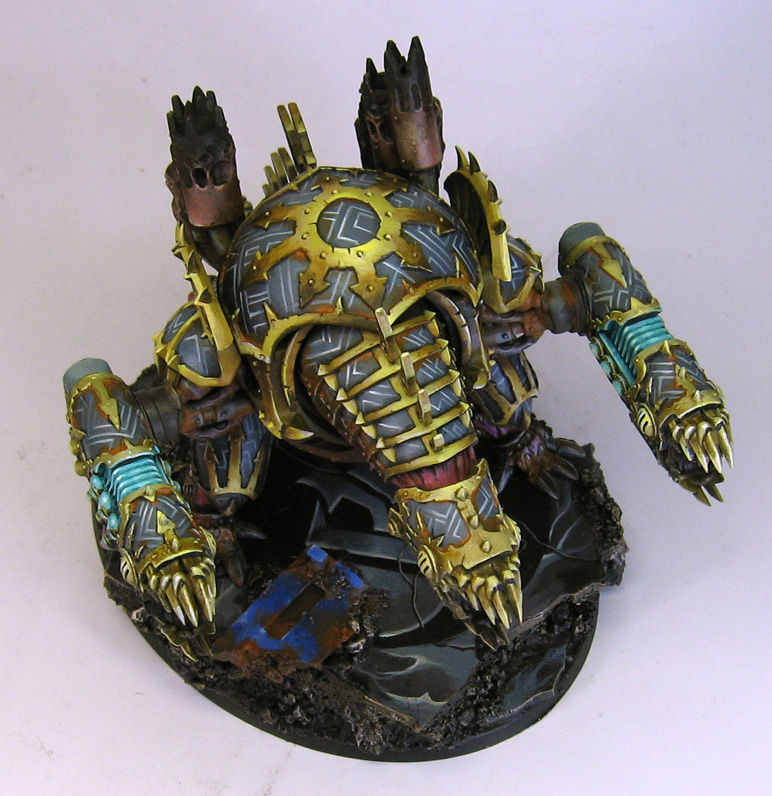 Just like the first Fiend, putting all these straight lines on such a curved surface was a challenge.  Somewhat easier the second time around, however. 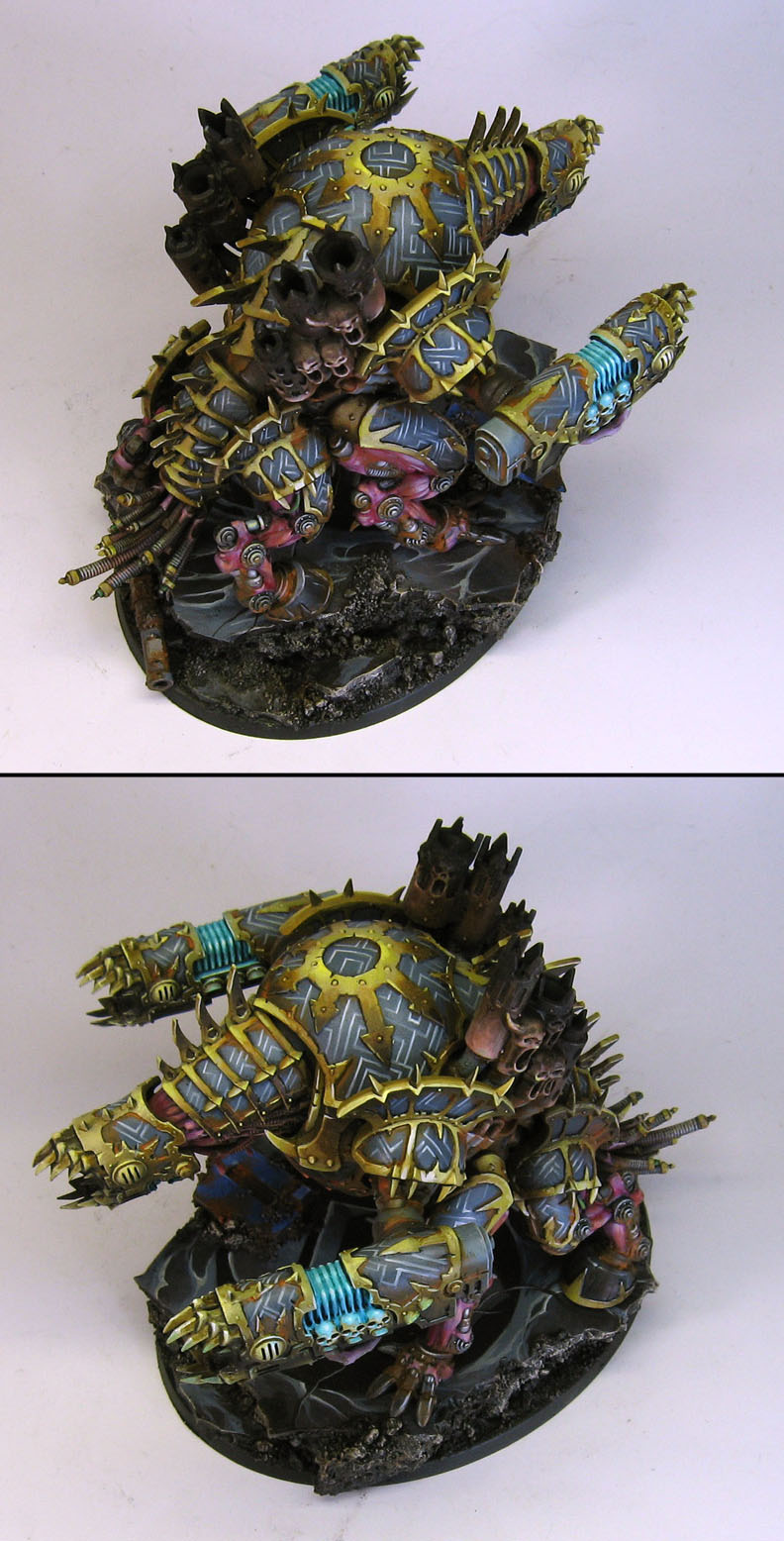 If you wanted to see the bases, I suggest checking out the two posts that show how they were created.  Lots of images there! :-) 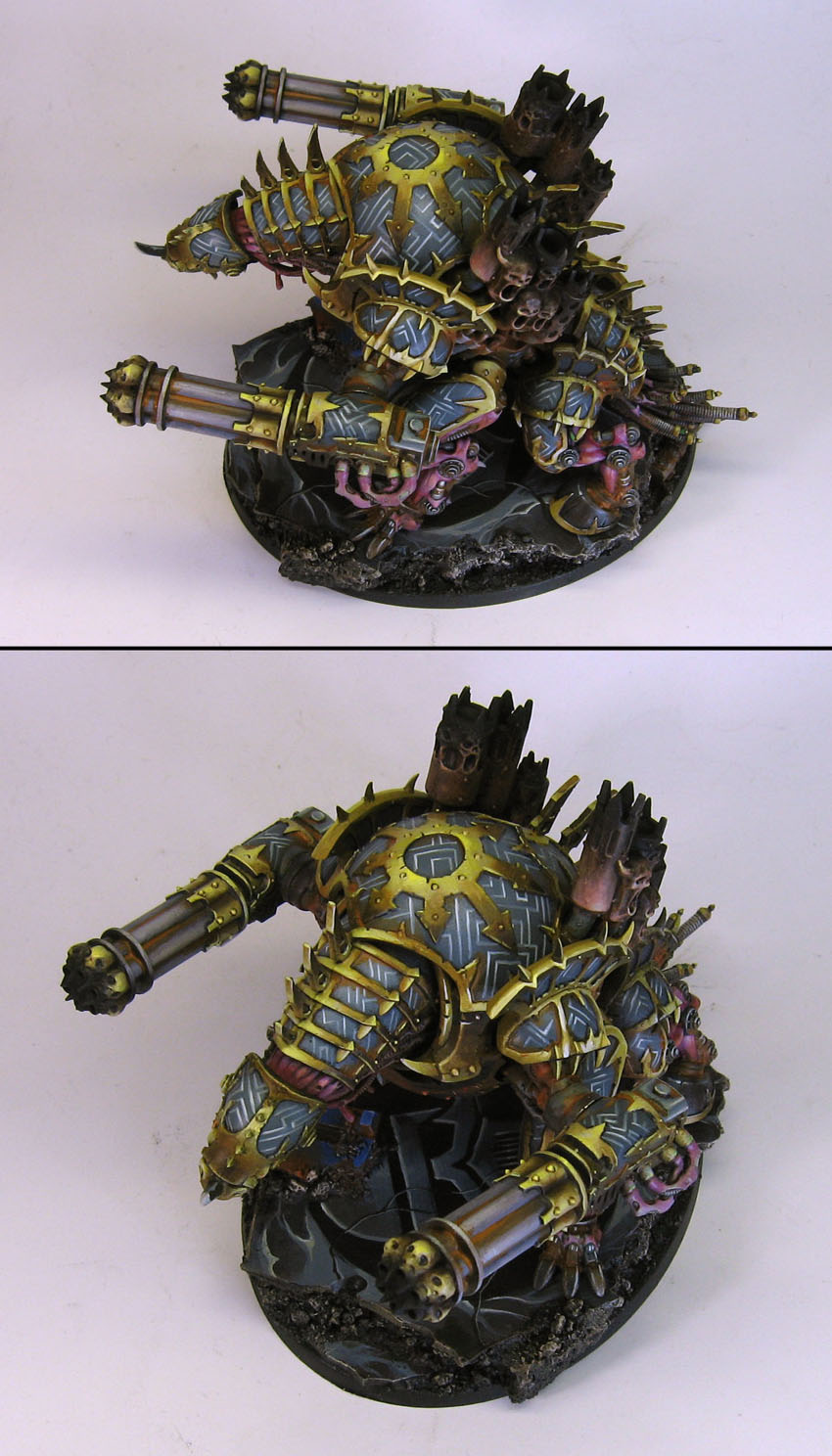 There could be some fun uses for the rest of the unused parts... especially all those giant metal tentacles! 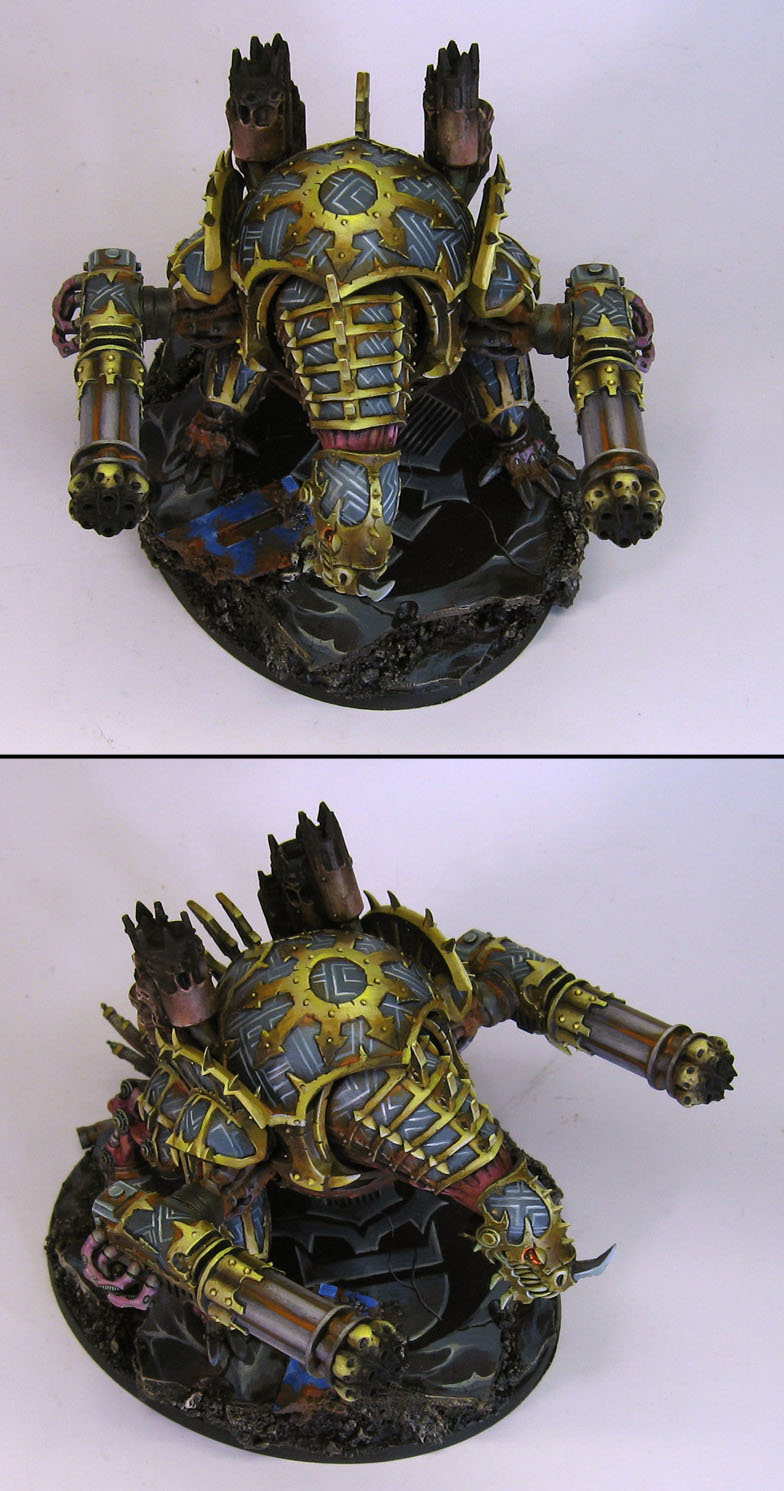 Posted by wappellious at 10:12 AM No comments: