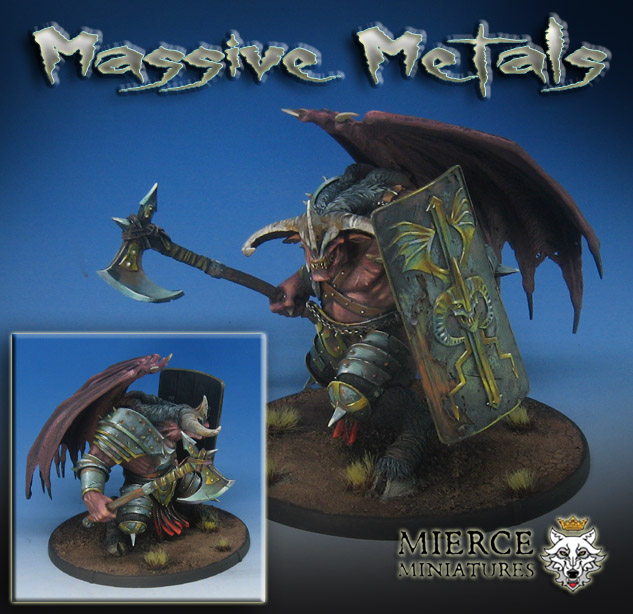 This was one of the more interesting tasks that I have had to take on... essentially a "reclamation project" where I had to fix a number of things that had gone sideways with a set of Mierce Miniatures painted by someone else.

Aside from mould lines and seams being ignored, there were other issues as well.  The most obvious of these was that the requested NMM had not been done, but instead those areas had been painted with metallics and a simple black wash.

The largest of all the figures was this guy, with a base of about 120mm.  He also had more metal surfaces than all the other monstrous infantry combined, so I tackled him first! 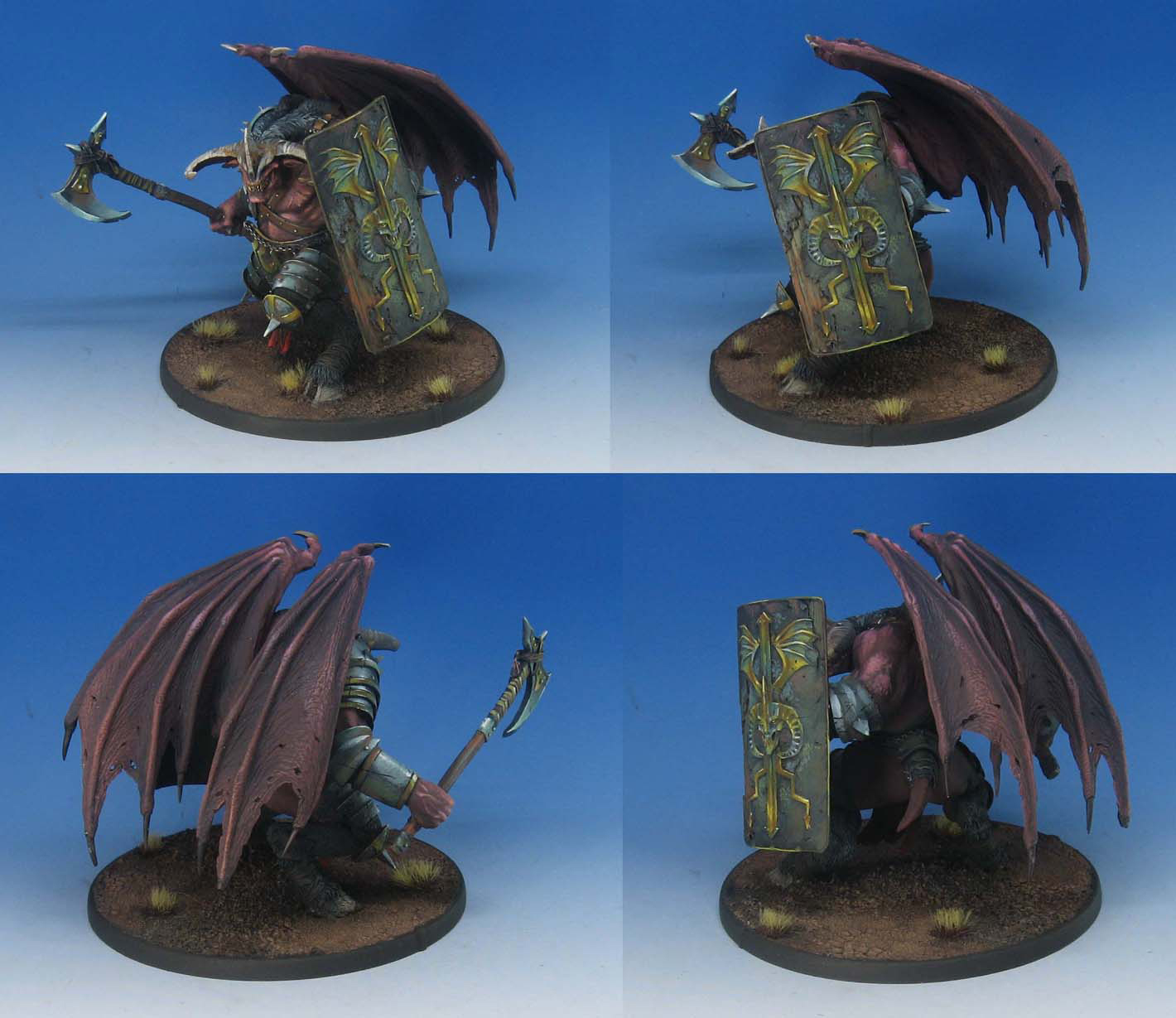 Also, he is one of my favorite Mierce Miniatures monsters, so I really wanted to see what I could do with him!  The armor was supposed to be blackened steel with a hint of rusting.

As you can see, I did my usual metals that not only reflect the surrounding surfaces, but the entire environment.  When you see this guy close up, you will notice seafoam green, pinks, purples, and all other bits of color.  This helps to make the metals look more like a hard, reflective surface... but in the end they register to the eye as "gray". 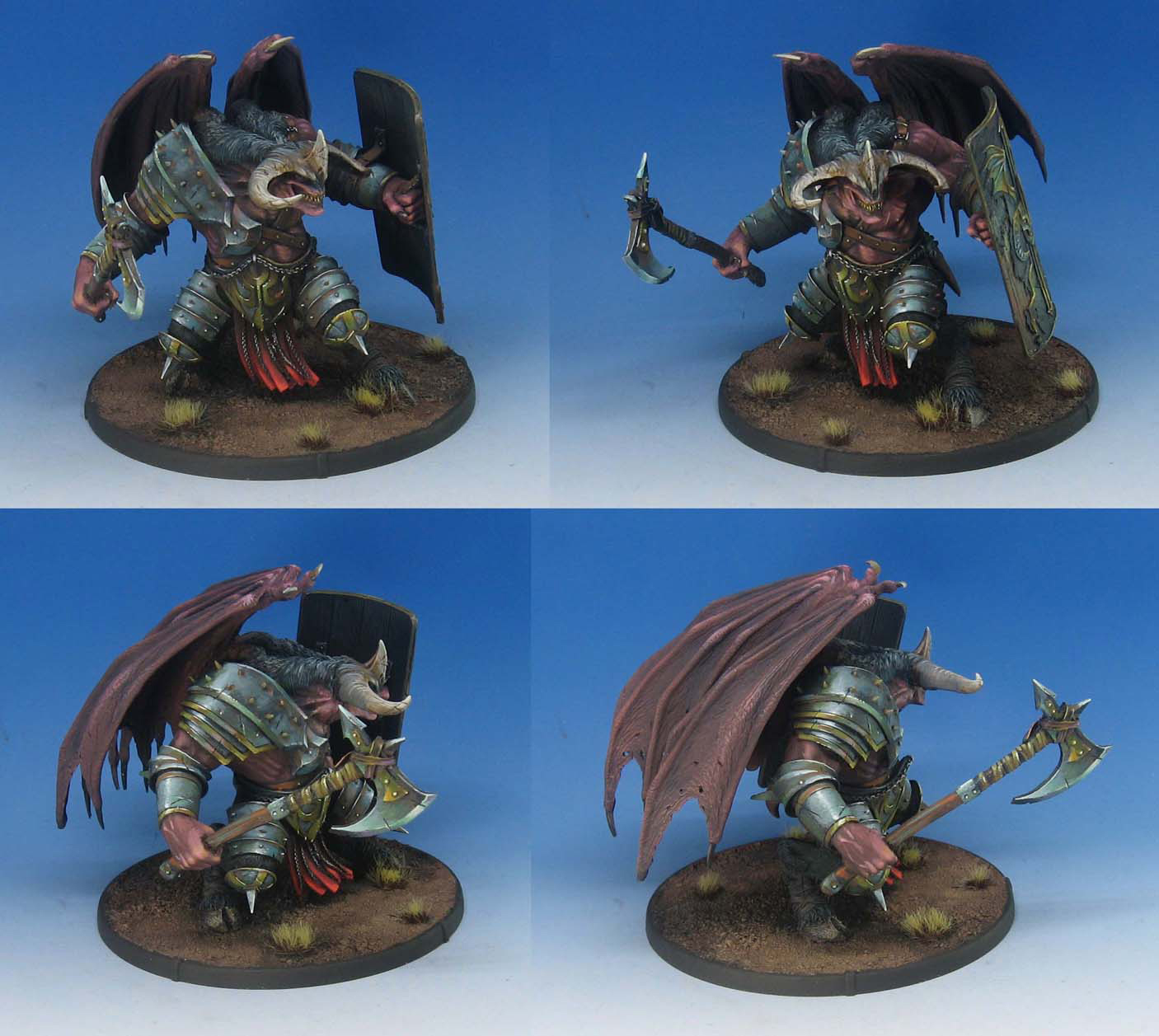 I have done a number of tutorials on this idea, both in acrylics and in oils.  It seems to be extremely complex and difficult, but keeping just a few simple principles in mind can really guide you through the process!

First, observing the figure and what surfaces are nearby the metal areas will guide you as to what colors should be reflected there.  In terms of the overall colors that need to be reflected, that is where the "environment" comes in.  That is, what color the "sky" might be, and the ground.  In this case, it is a fairly common shade of brown, so that worked its way into any metals that faced towards it.

Keeping in mind that green and purple together make gray, they are the ideal "accent" colors in your metals.  In effect, you separate those from each other, and place pinkish colors right next to that seafoam green.  This is almost like a prism, and how it breaks up one beam of light into separate colors. 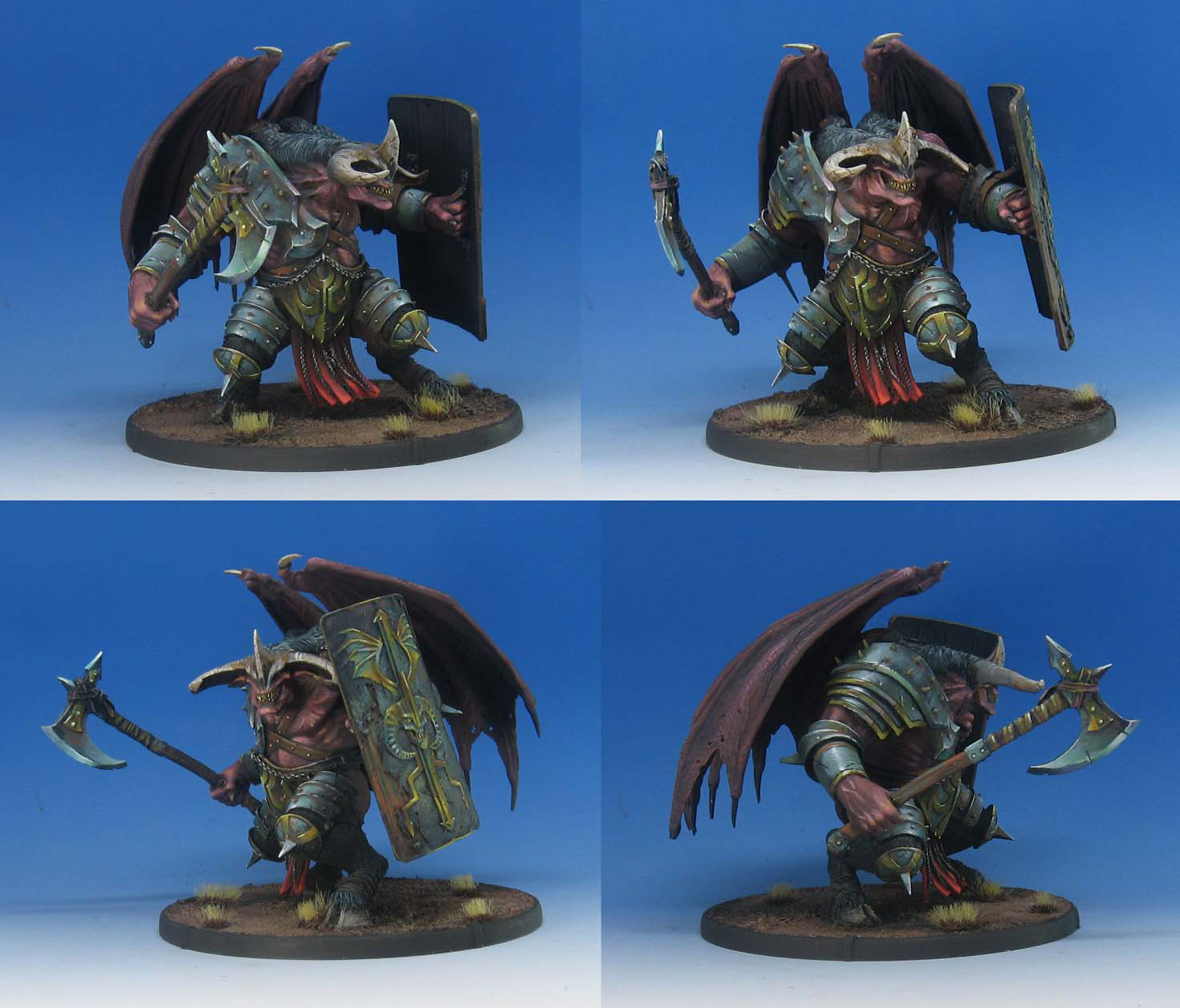 Another part of the repair job included the basing.  A blasted/wasteland earth had been requested, with the sort of cracked effect you see here.  There are a host of crackle paints out there, but I gave the GW Agrellan Earth a try.  That worked quite well, and thinning it out with water around the edges of a much heavier application made a great transition between smaller and larger cracks.

I will try to include this in a video where possible, because I have also been using it on my Bolt Action bases!

The task of creating a new filming station for such large creatures as this is still ongoing.  I try to add bits and pieces where I can, but now the most costly elements need to be acquired.   These tutorial videos will be a part of the Patreon Page, as always!  As I mentioned, I already have several hours of NMM, SE-NMM and even TMM tutorials available!  Here's a link: www.patreon.com/JamesWappel 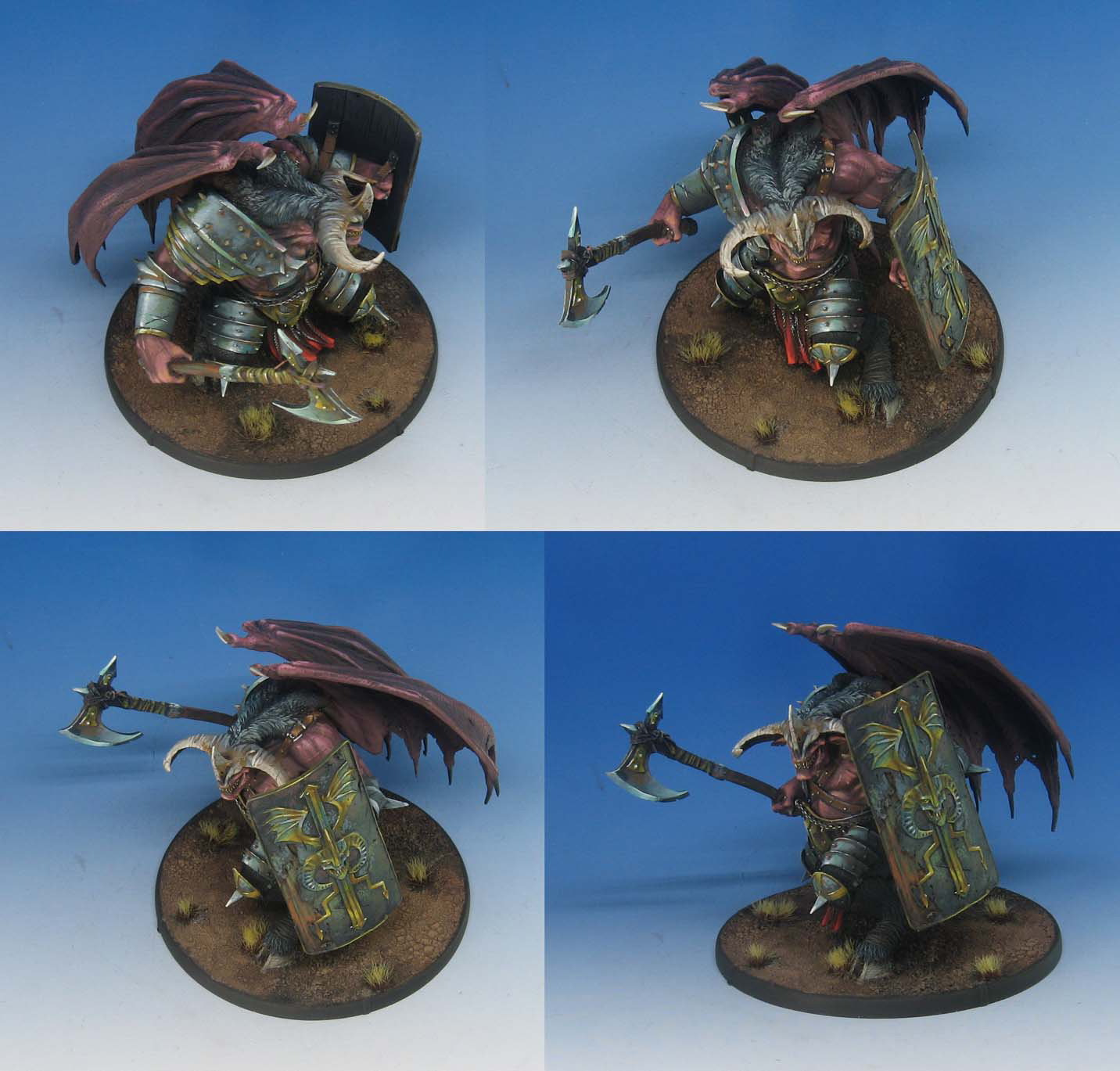 Posted by wappellious at 11:51 AM No comments: