Bending nature to your will 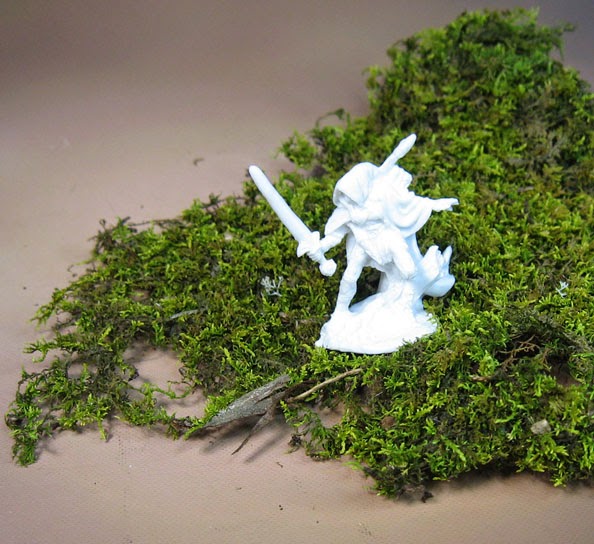 Thanks to the resourceful mind and generosity of Mr. Harber, there is a new building material in Wappelville.

He had a smorgasbord of mosses and bark.  Each one more unique and curious than the next! 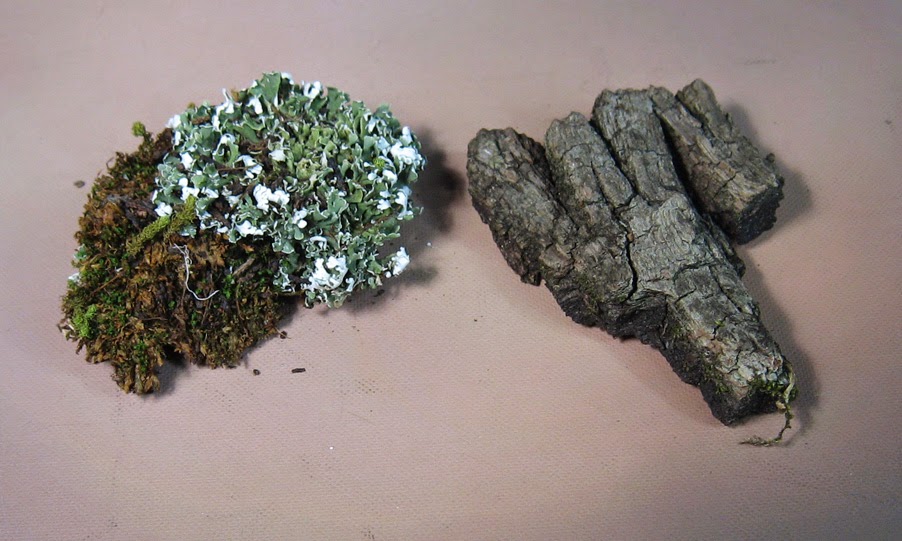 I have no idea what I will do with most of these, or how I might have to treat them, etc.  As you know however, the fun is in the experimentation! 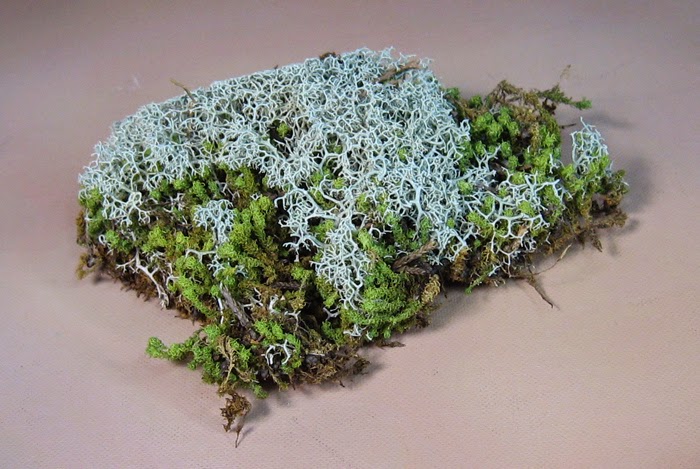 The moment I set eyes on this, I thought of placing an entire adventuring party marching across it.  I have been looking through my Reaper minis, as well as my collection of bark and tree branches.

I might also paint a backdrop for this as well.  Leaving it as close to this original form is my goal, but one never knows how these things will turn out!

I may have to seal these somehow.  That might be through some form of spray sealer.  Again, I will try out a few things, and let you know how that works. 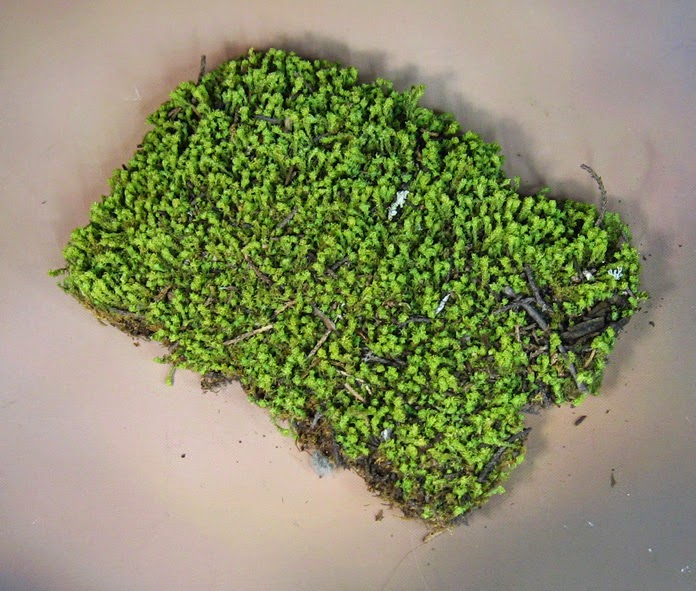 It is possible for natural things such as these to disintegrate over time.  At te very least, they may discolor, or even fade.

That will be a challenge to prevent, but I am not even sure that is so important.  I would only use this material early on for my own terrain pieces, or for my own miniature projects. 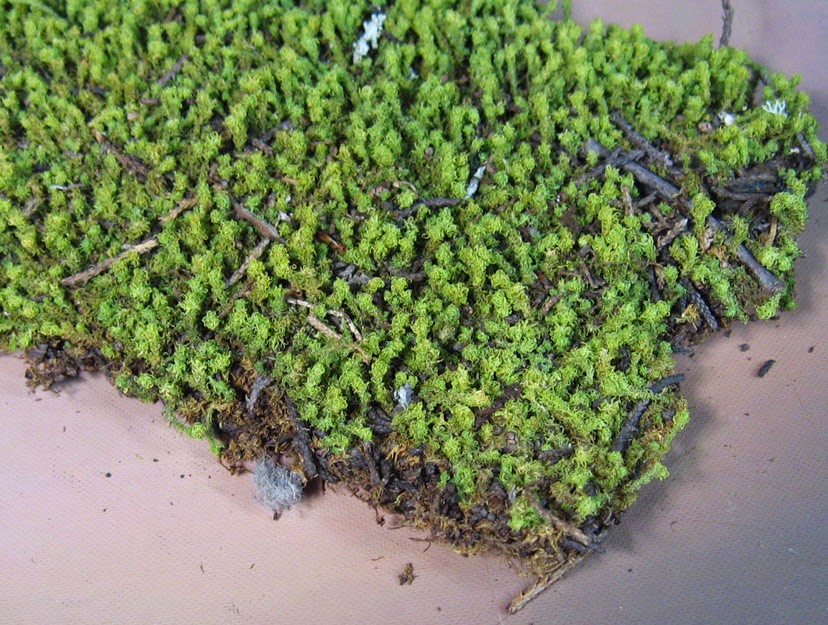 I'm still amazed that each of these moss mats could be pried from whatever surface they had been growing on without completely destroying them.

I can say that each of these items suffered some very rough treatment, and survived very much intact.

They had been shoved in plastic bags, into boxes, and shipped across the country and yet they stand before you.

So, go check out some rocks and such by you house, and see what's growing there! 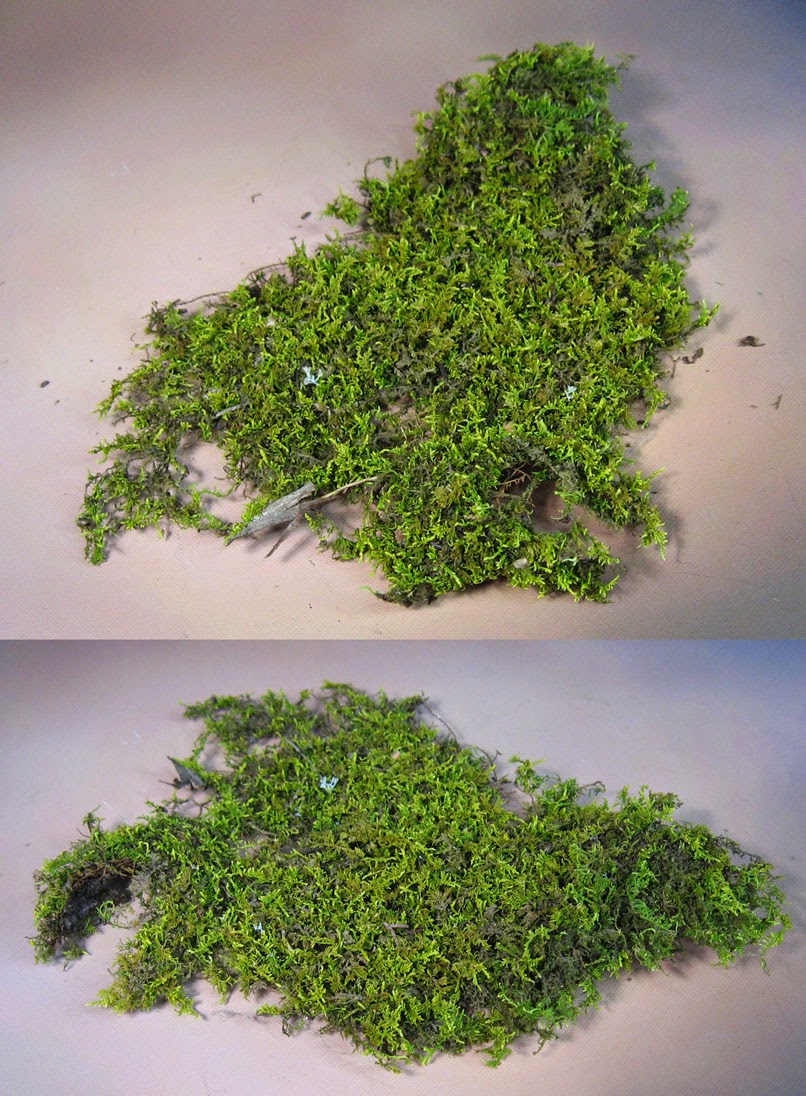 Posted by wappellious at 1:43 PM 4 comments: 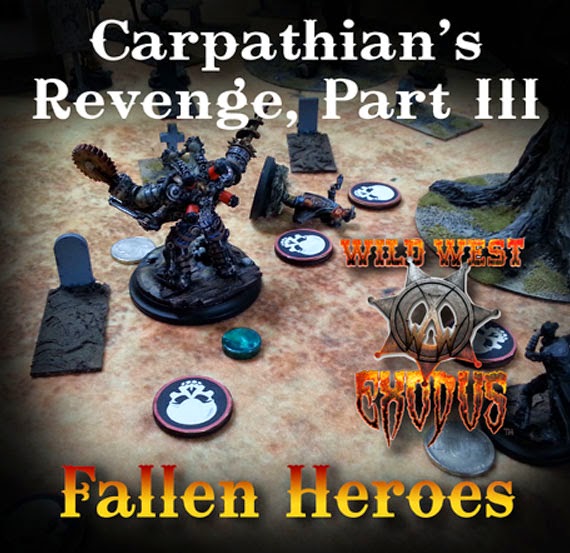 The fiercest battle yet to be fought rose to a bloody crescendo, as one brave hero after another was brought down.

Archimedes was the first to meet his end.  Mortally wounded in his fight against the Wraith, one of the Kaufmann brothers finished him off with a weapon that only the evil mind of Carpathian could conceive. 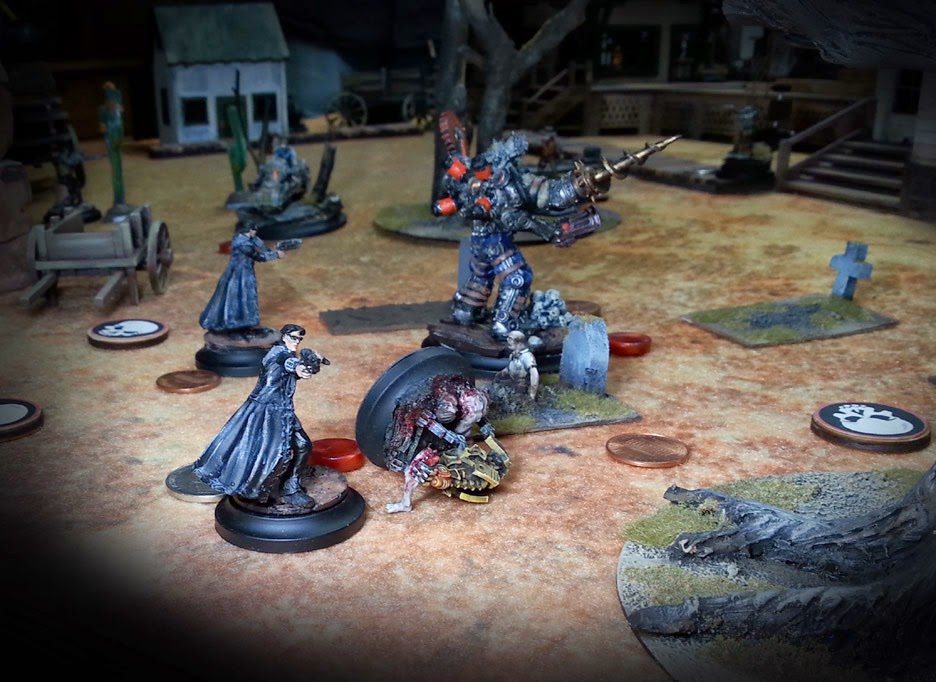 Vladd had exited the speeding Mercenary buggy in an effort to climb the water tower.  That vantage point proved to be very ineffective, so he decided to leap onto the roof of the train station.  Little did he know that Rebecca Copelie was waiting for him inside...

Hearing his footfalls on the roof, she alerted the Rangers who were patrolling the graveyard. 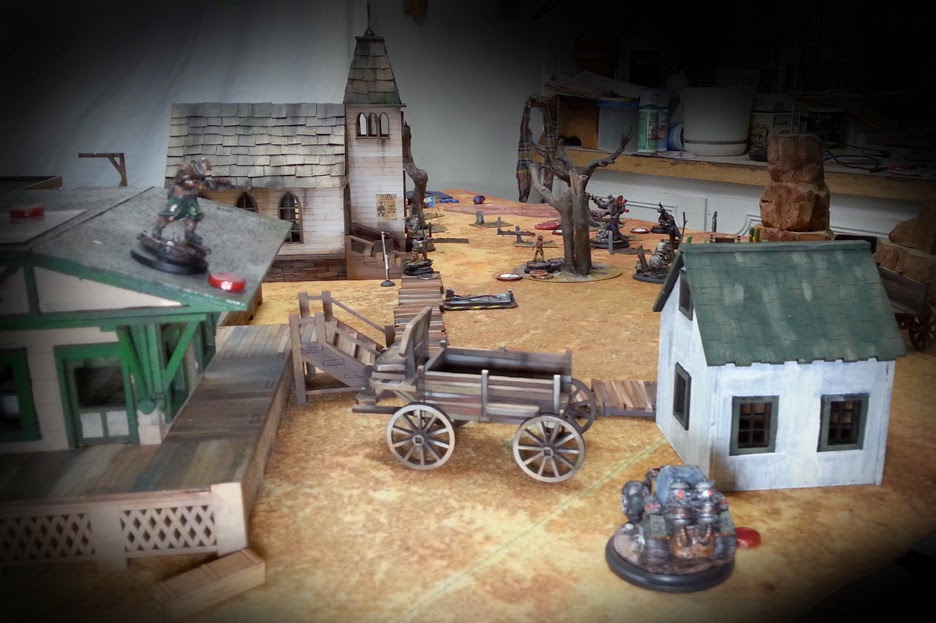 Archimedes avenged!!!  The first of the Kauffman brothers goes down from the withering fire of several Rangers.  These new members of the Wappelville Law Enforcement Agency were proving their worth by the moment. 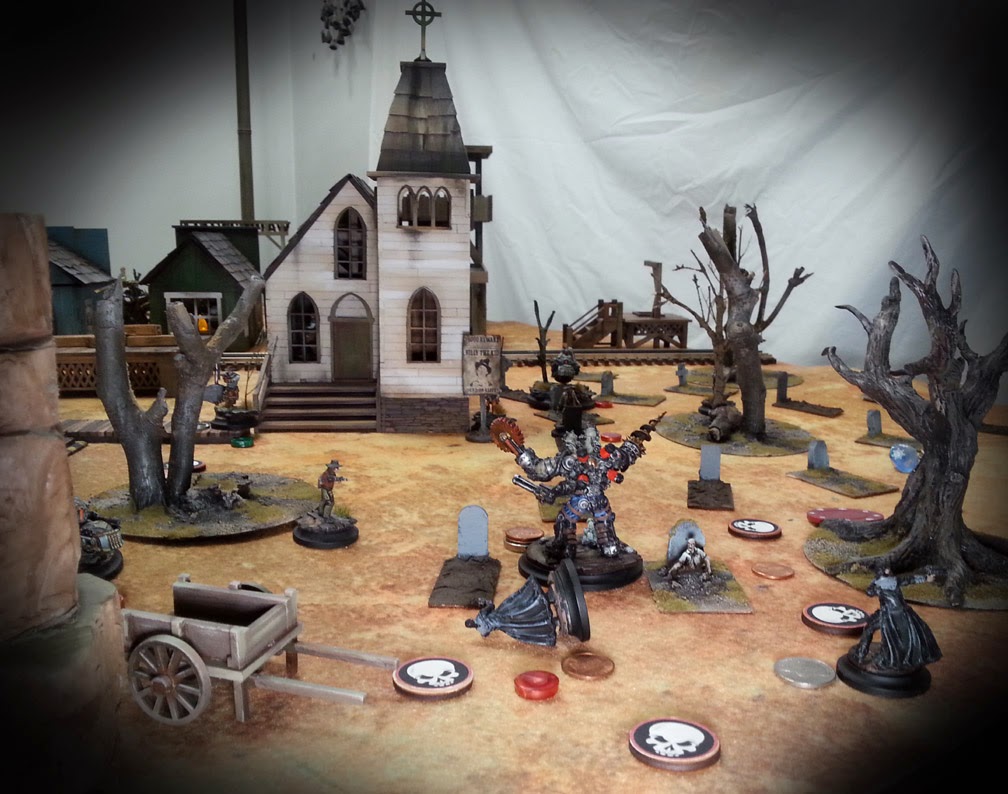 Curses!!!  The sole living member of the cemetery contingent had managed to raise one of the corpses from it's 'final' resting place!  This spelled disaster for the Lawmen, as getting him off the board would ensure a minor victory for the so called Enlightened. 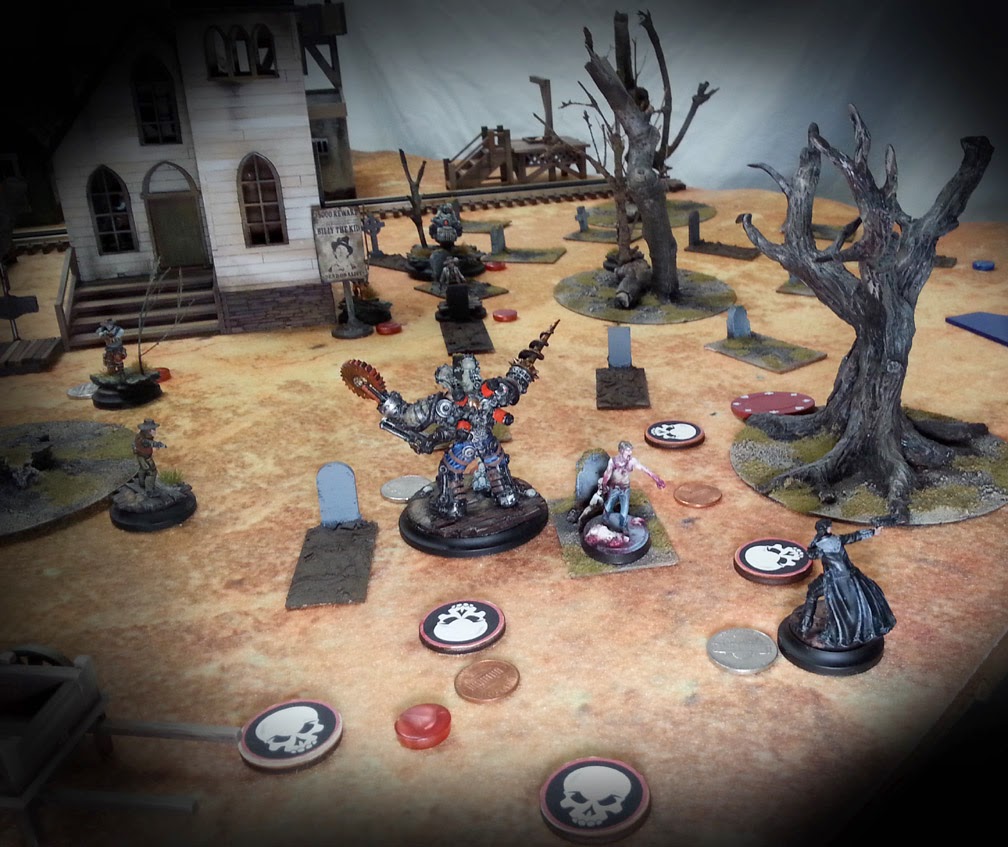 Thomas Tate Tobin took careful aim at the dirt and maggot covered thing, but was not able to bring it down completely!  Some strange influence seemed to place the massive Creation 13 directly in the path of the shots.

This left but one chance to save the day.  Carl Fredrickson, the Hero of Wappelville, activated his portal weapon.  He disappeared from the inside of the church, hoping to intercept this lone abomination.

However, instead of standing directly in its path, he ended up behind it, well within reach of the enormous mechanized zombie. 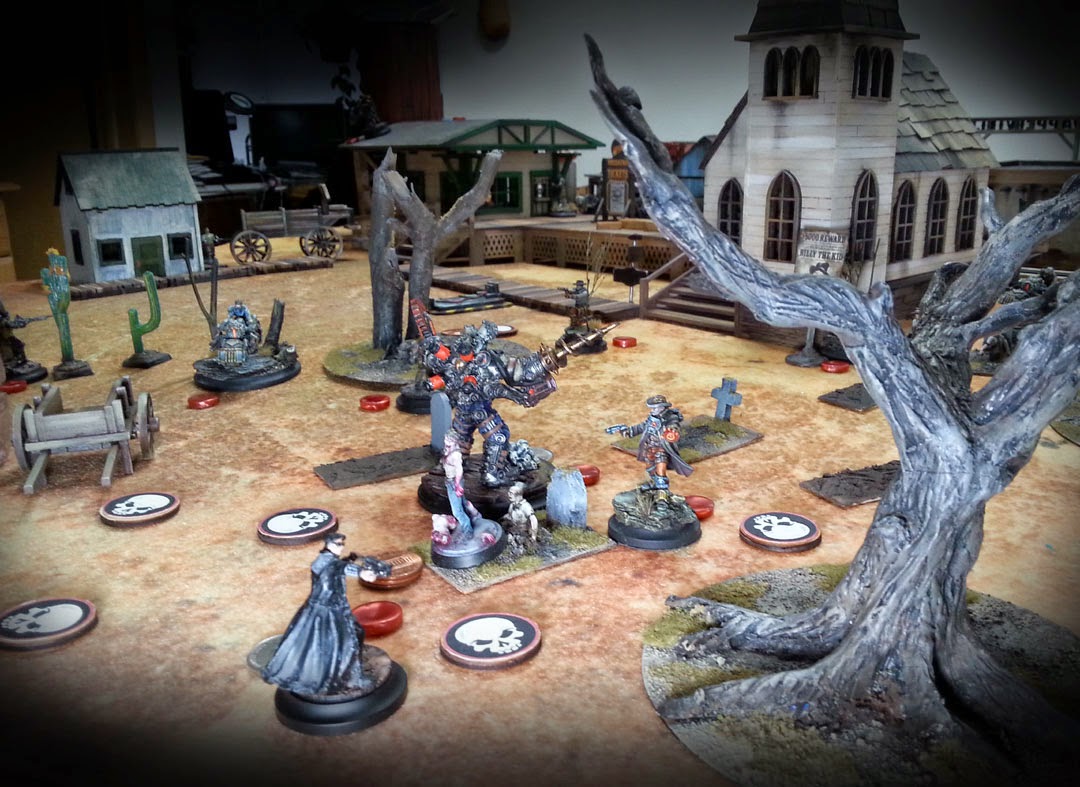 The struggle was no less intense on the other side of town.  Hercules II and the Rangers fought running battles in the streets, pulling down one shambling atrocity after another.

This proved to be a mere distraction, however, so that young Edison could pull Wyatt from his strong position in the Funeral Parlor using some kind of sonic weapon.

With brutal precision, the inventor dragged Wyatt out into the street, and on top of a mine!  The resulting blast knocked him down, allowing Carpathian to drop one template after another onto the hapless Lawman boss. 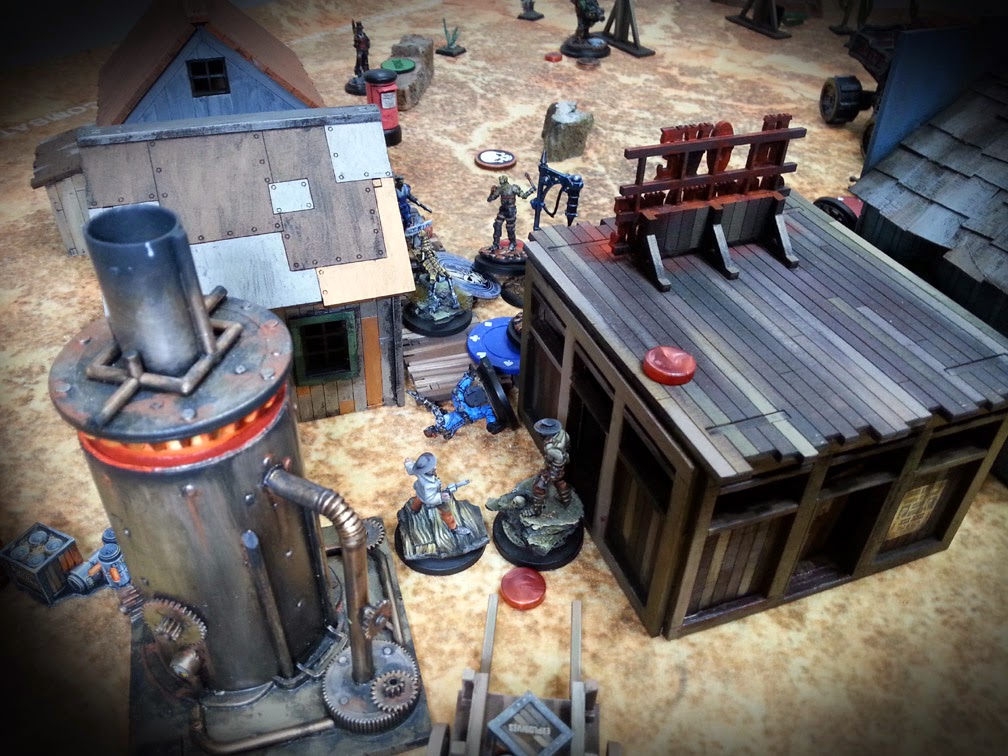 And then Wyatt, brave warrior that he was, became still and lifeless, a broken shield at his side.

This only proved to enrage the rest of the Lawmen, whose greater numbers were beginning to tell.  In fact, most of the Enlightened forces that had been brought into the town had been destroyed. 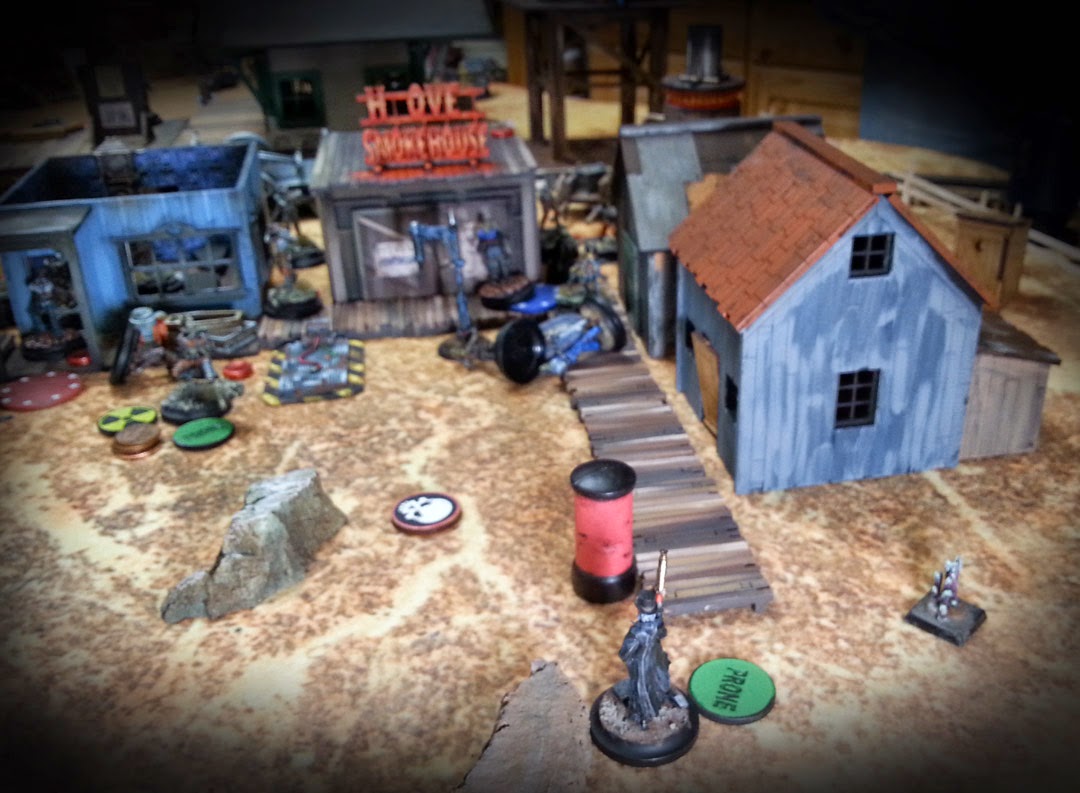 Missy Copelie instructed brave Hercules II to complete his elimination of the zombified corpses, so that he might be set upon Carpathian himself.  The cowardly genius was ensconced in a rock formation, and she could not draw a bead on him, even from her high post on the watchtower. 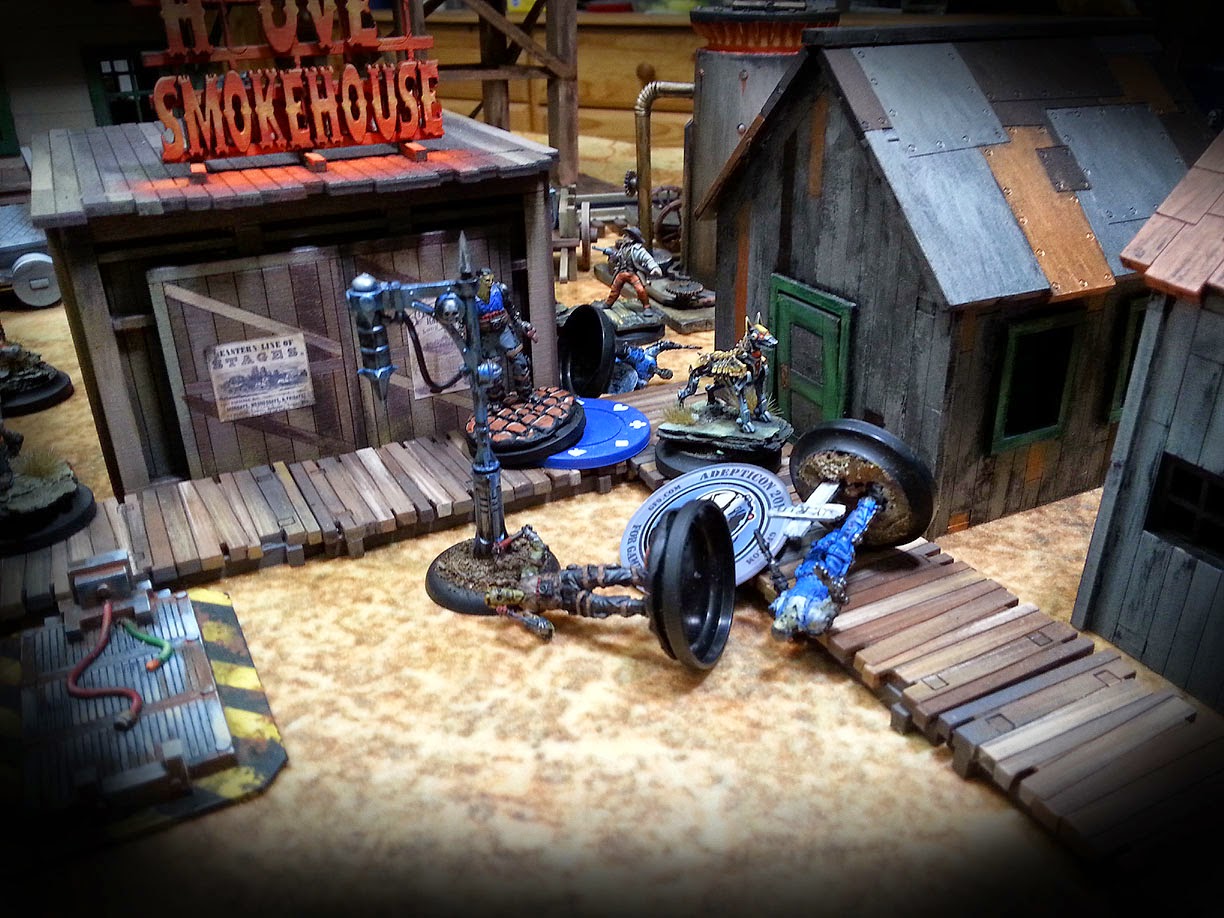 If Carl Fredrickson could just get one more activation before the lone zombie moved... 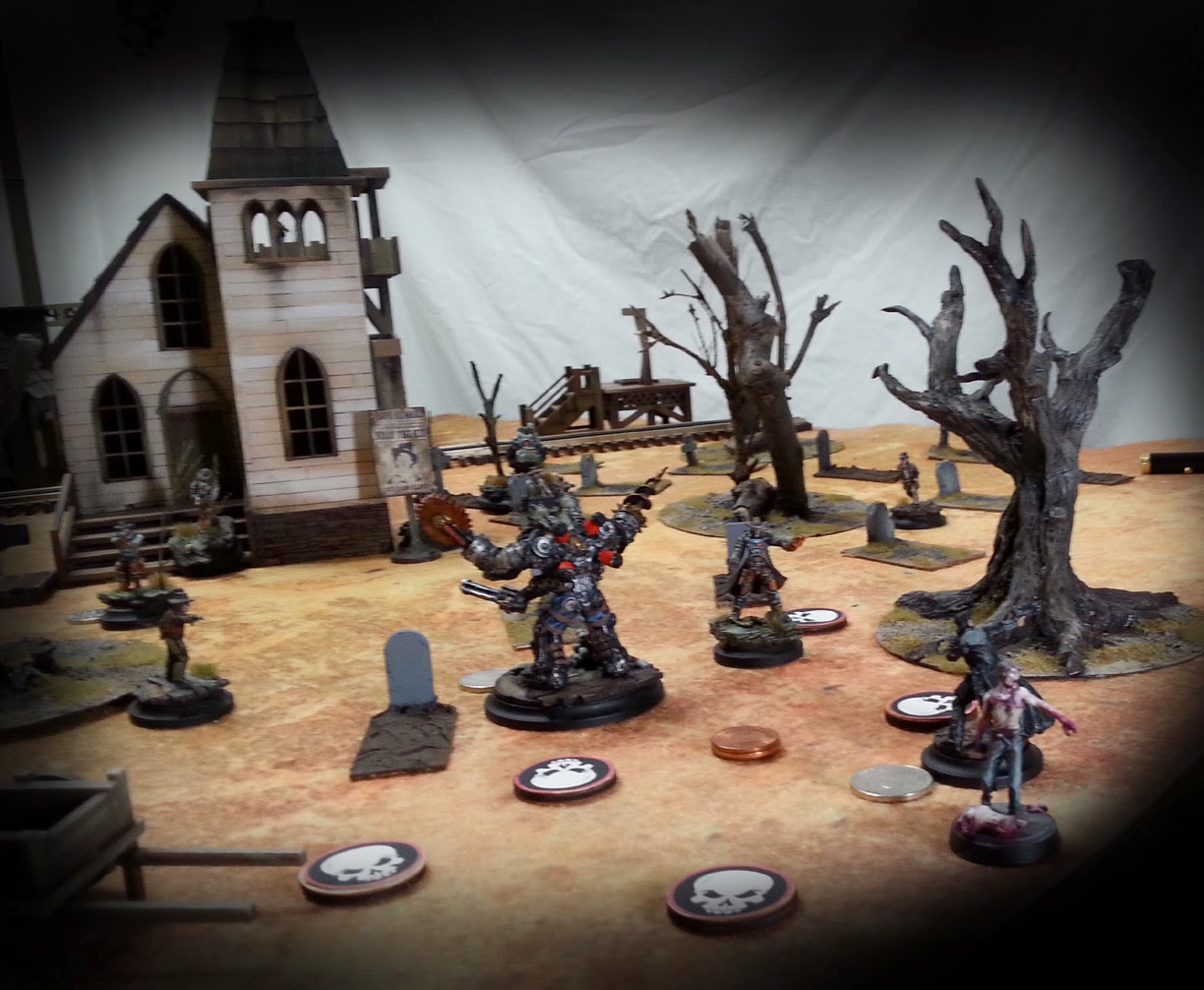 Much to his dismay, the beast dragged itself from the edge of the Cemetary.  Would all be lost now? 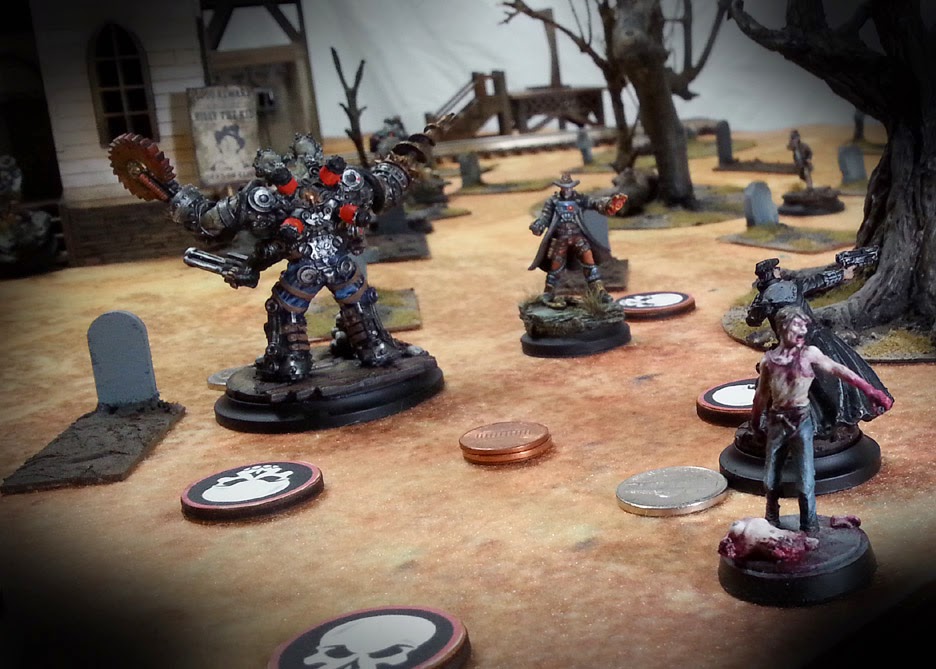 As shocking as the Cemetary raid was to the citizens of the town, the sight of Carl brought prone before the blasphemous Creation 13 was too horrible to watch... 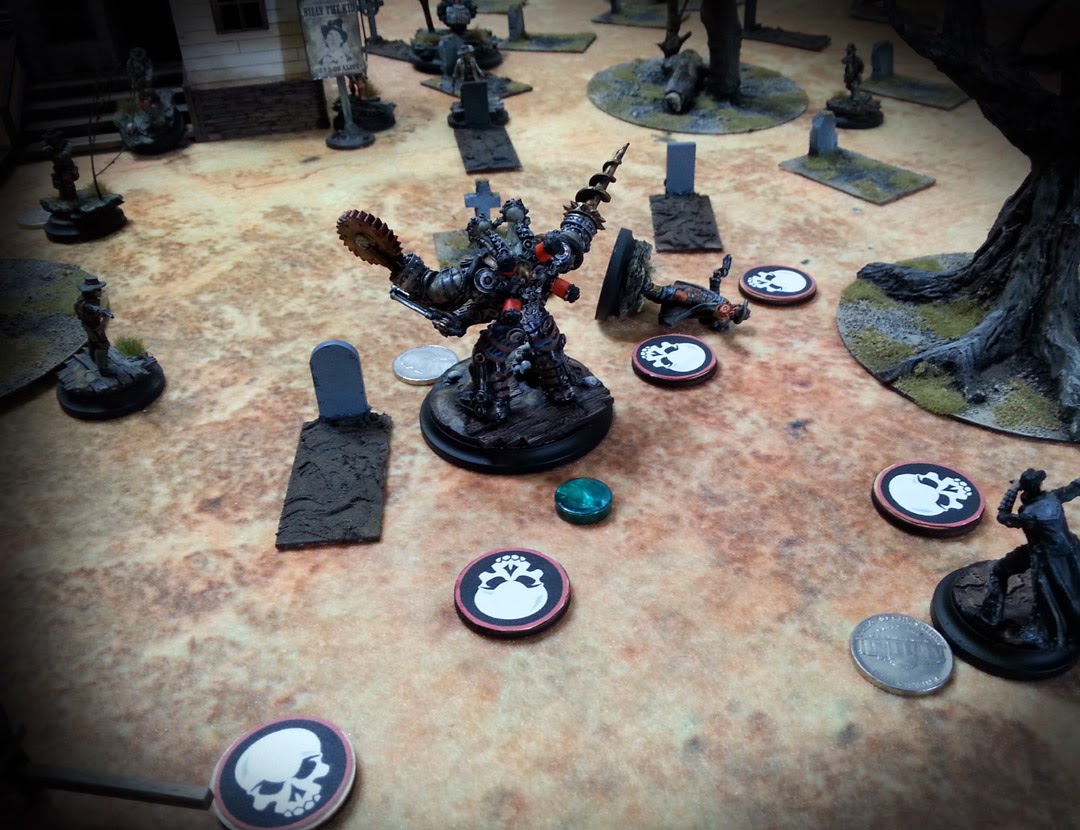 While Missy could not reach Carpathian, she did work in concert with the Gyrocopter to take down the Ironhide, and an attempt to kill young Edison.  The death of Wyatt had to be avenged. 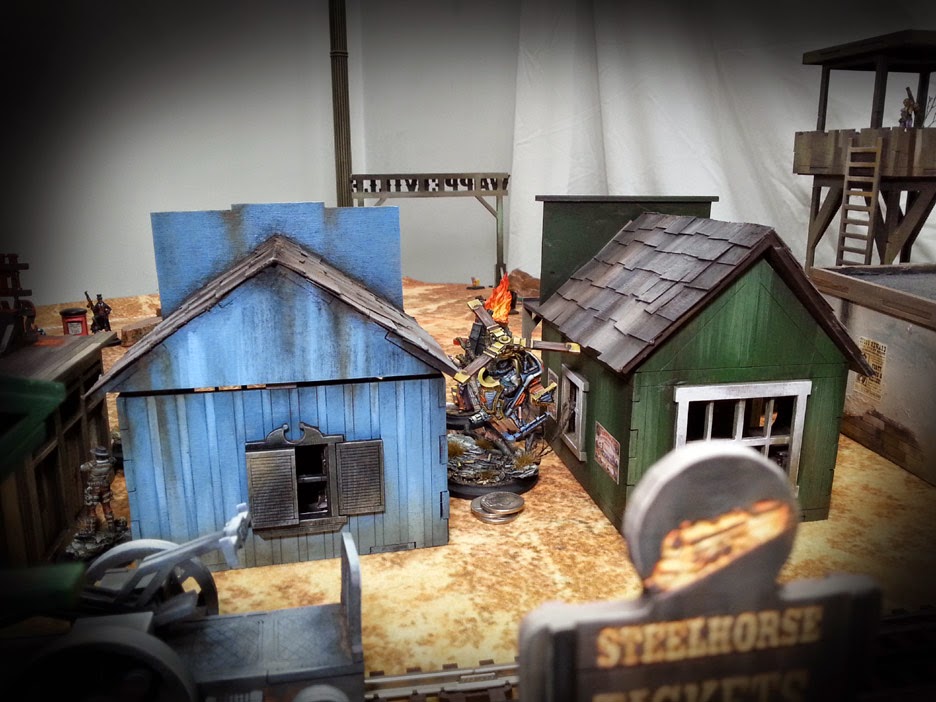 More vengeance was dealt upon the rest of the remaining Enlightened.  A Ranger took steady aim with his pistols and filled the lone Kaufmann brother with RJ-infused lead. 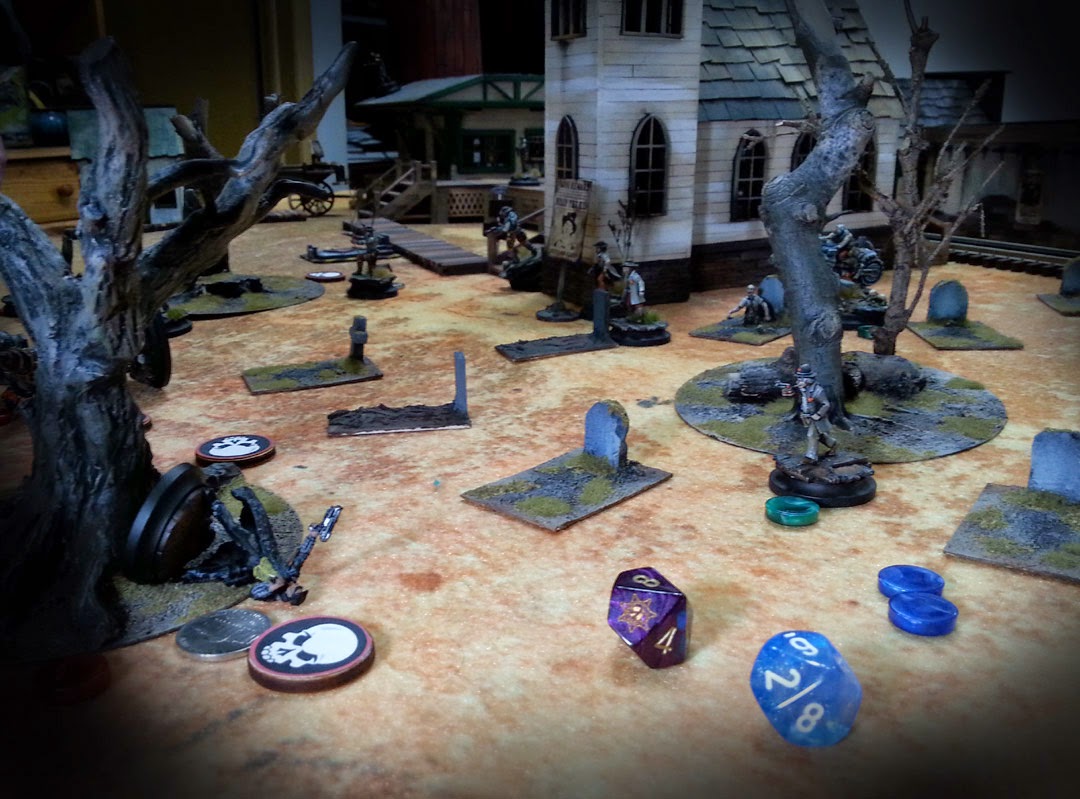 Both Interceptors closed on the Creation 13, and one more of Carpathian's terrible inventions was shattered. 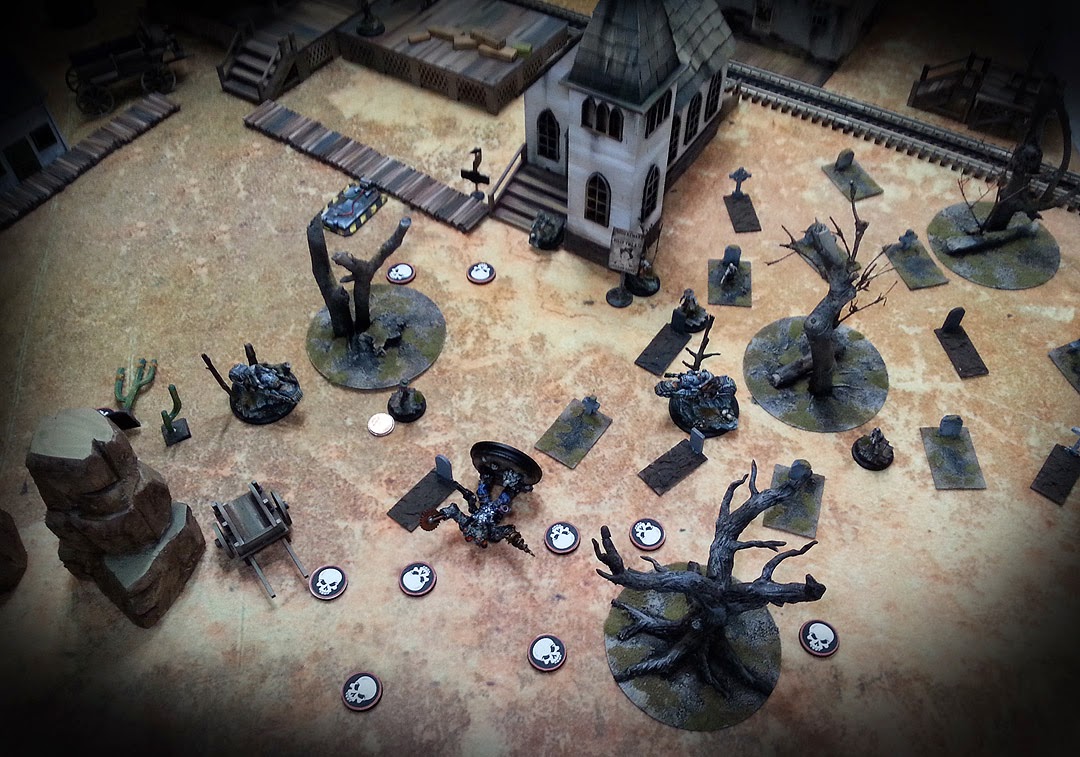 Carpathian actually rose from his hiding place, and appeared to make some kind of signal.  Soon after, the last remains of his strike force moved off into the darkness.

What the shocked defenders could not see was the return signal that was sent to Carpathian from inside the Undertaker's... given by an impeccably dressed man in all his finery.

The man looked at his own portrait on the wall, and the campaign posters which by now had been emblazoned on every building in town. 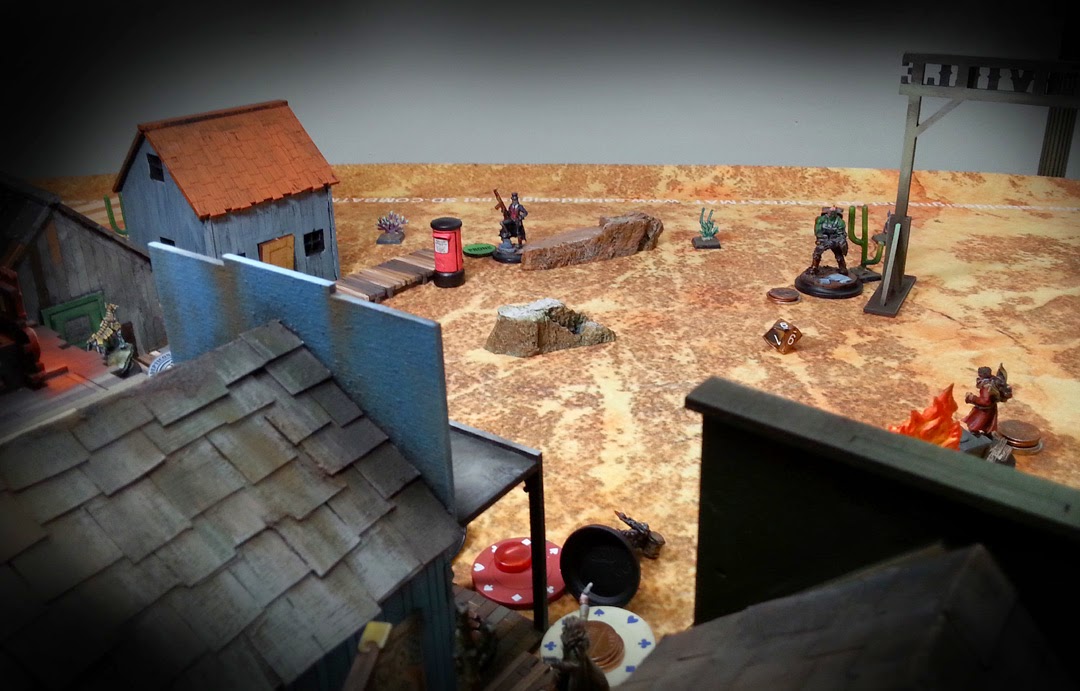 The fact that so many of the foul Enlightened were destroyed, but one corpse still escaped, confounded the creator of Wappelville. 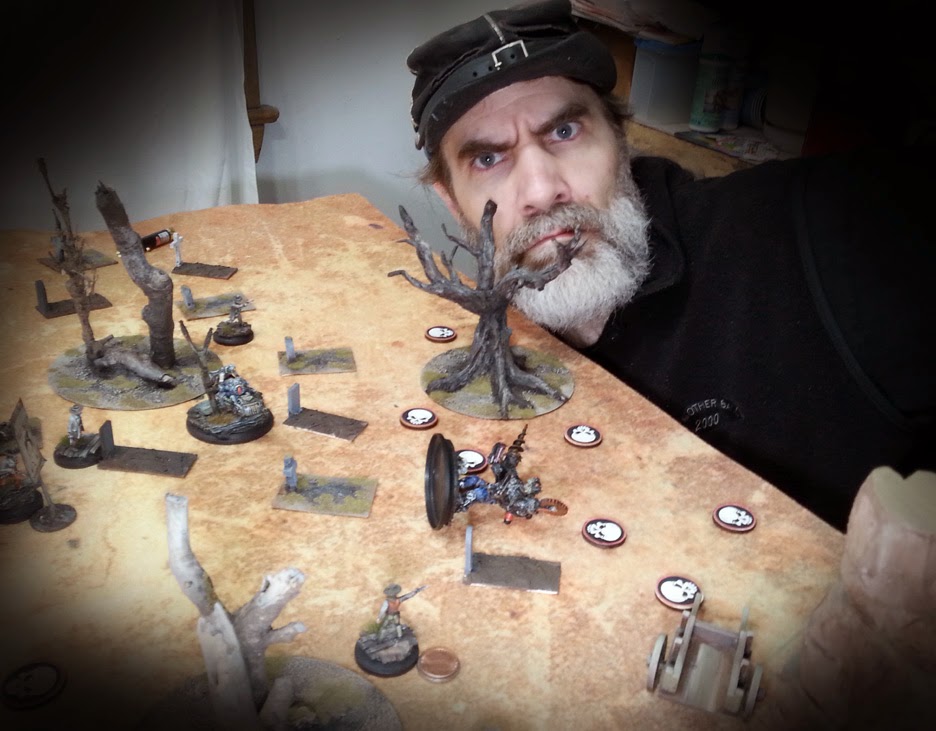 The Archmagus of Evil seemed quite pleased with his result, however.

What he does not know is that the Free Peoples and their erstwhile allies from the Sunset Lands stand ready to continue this epic struggle to the last man!!! 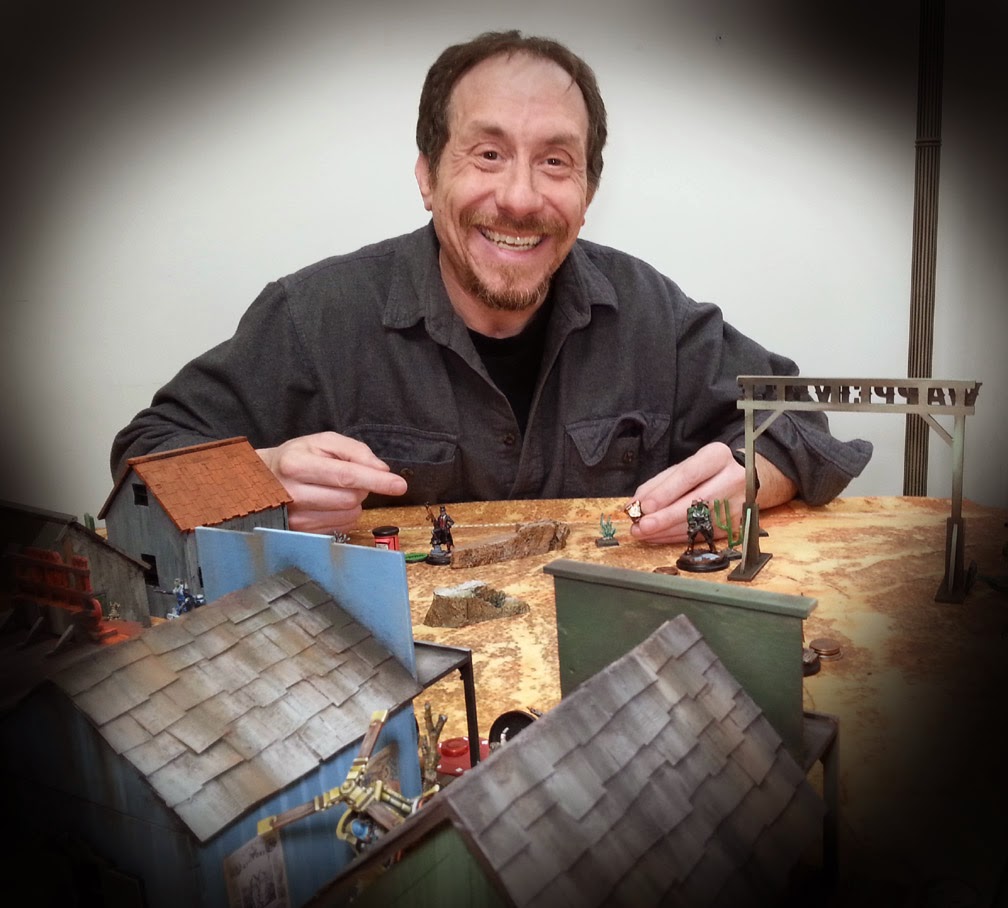 Posted by wappellious at 1:52 AM 2 comments: