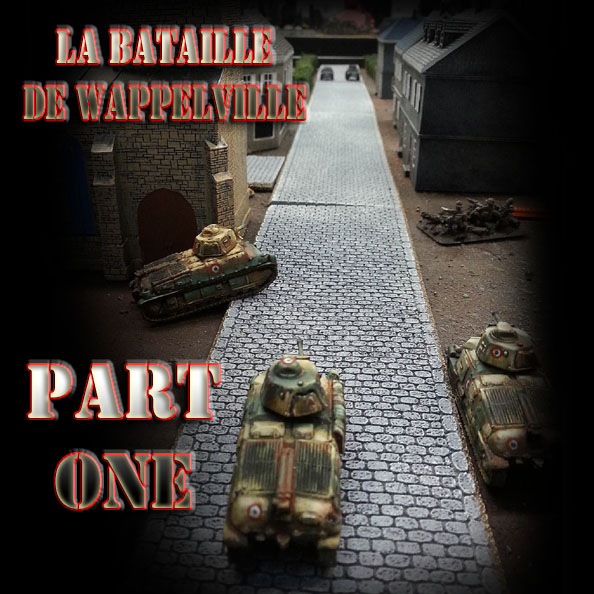 So, there's a first time for everything, and last week was the time to play my first real game of Flames of War!

We tried to simplify things as much as possible at 1500 points.  I took what I could with what I had, and also tried to take "a little of everything", or balanced between armor and infantry and some artillery support.

I forget what the scenario was called, but it would be a basic fight over some objective markers. 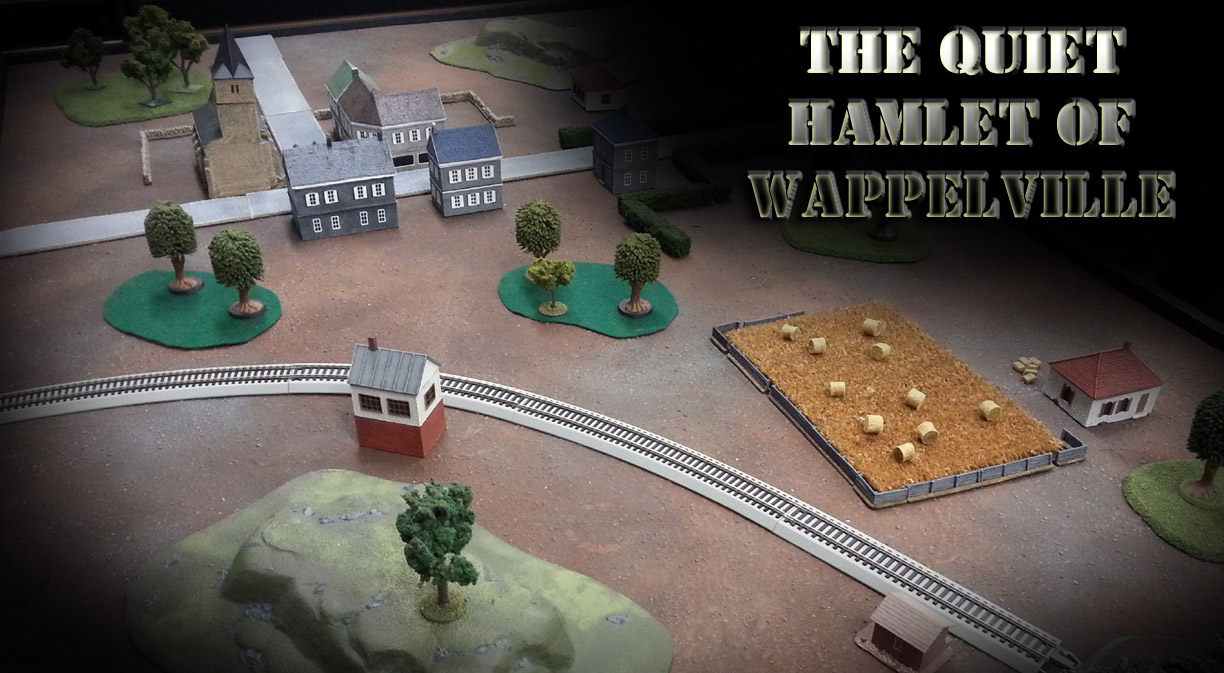 Each deployment zone had a pair of them.  However, one in particular would become quite the focus of the fracas! 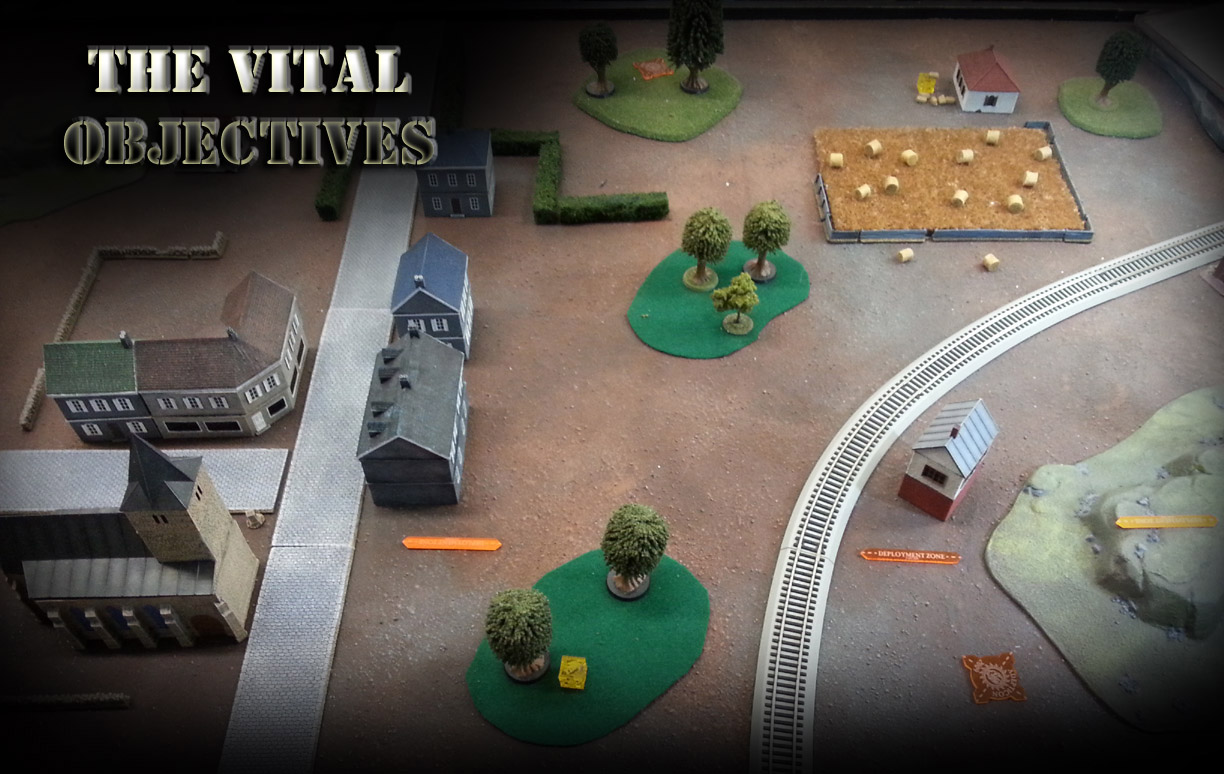 My options were somewhat limited, as I have no specific anti tank figures as yet... no Laffly 15Wcc, no gun emplacements, etc.  I only have the large self-propelled 75mm AA guns, so this would mean no anti air whatsoever.

The infantry was all on foot, which would be so excruciating, it made me scratch build ten Lorraine Carriers for the game this week!

The medium and light tank platoons had Soumas and Hotchkiss vehicles, etc.

Having played Bolt Action, I knew that there would be all kinds of pain from one man turret... and slow tanks. :-) 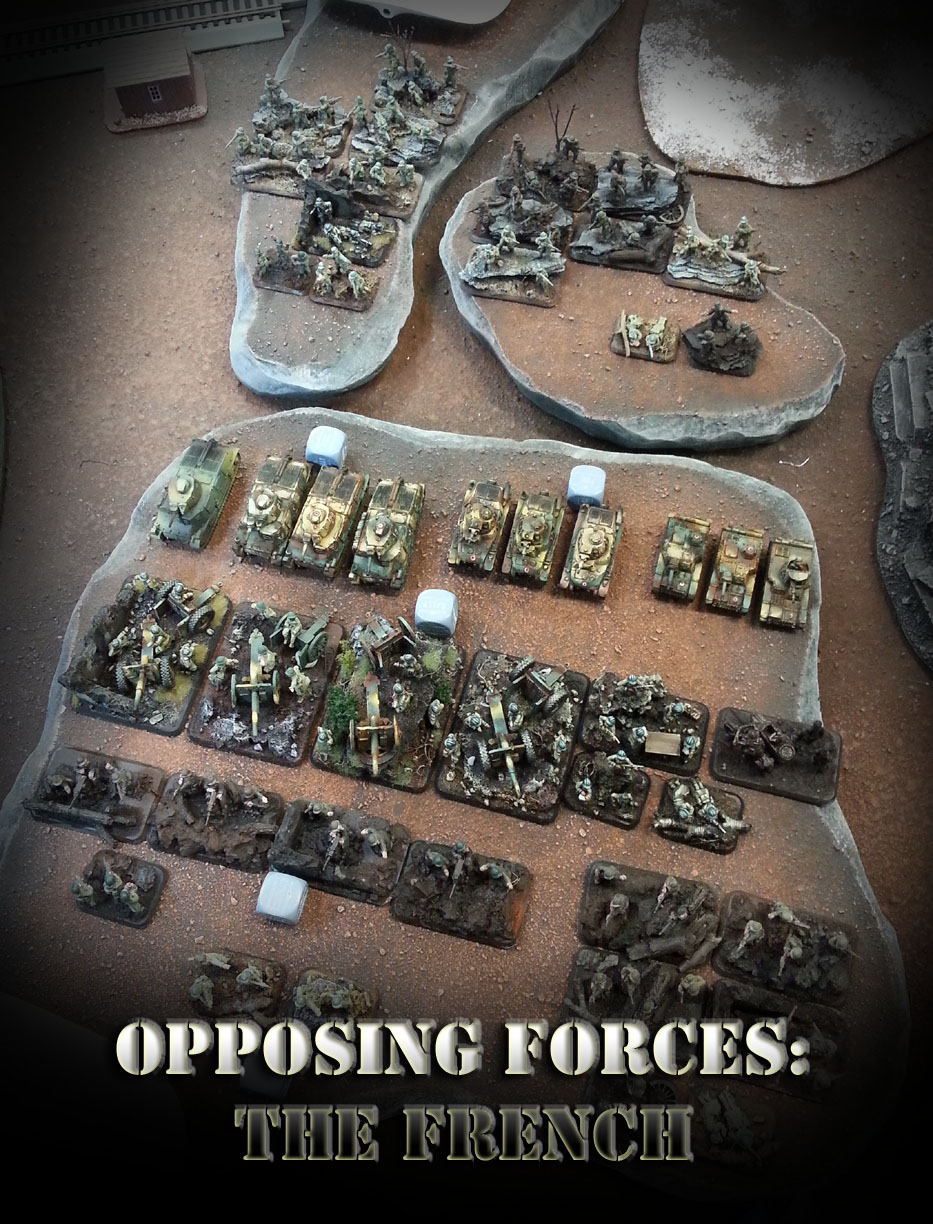 The Germans were coming into town with quite the head of steam!  While the transports didn't play a huge role in this particular game, I was taught an immediate lesson in why they are a must have... even when you are completely on the defensive.

The air power would be particularly devastating in this game as well.  Apologies for the blurry image! 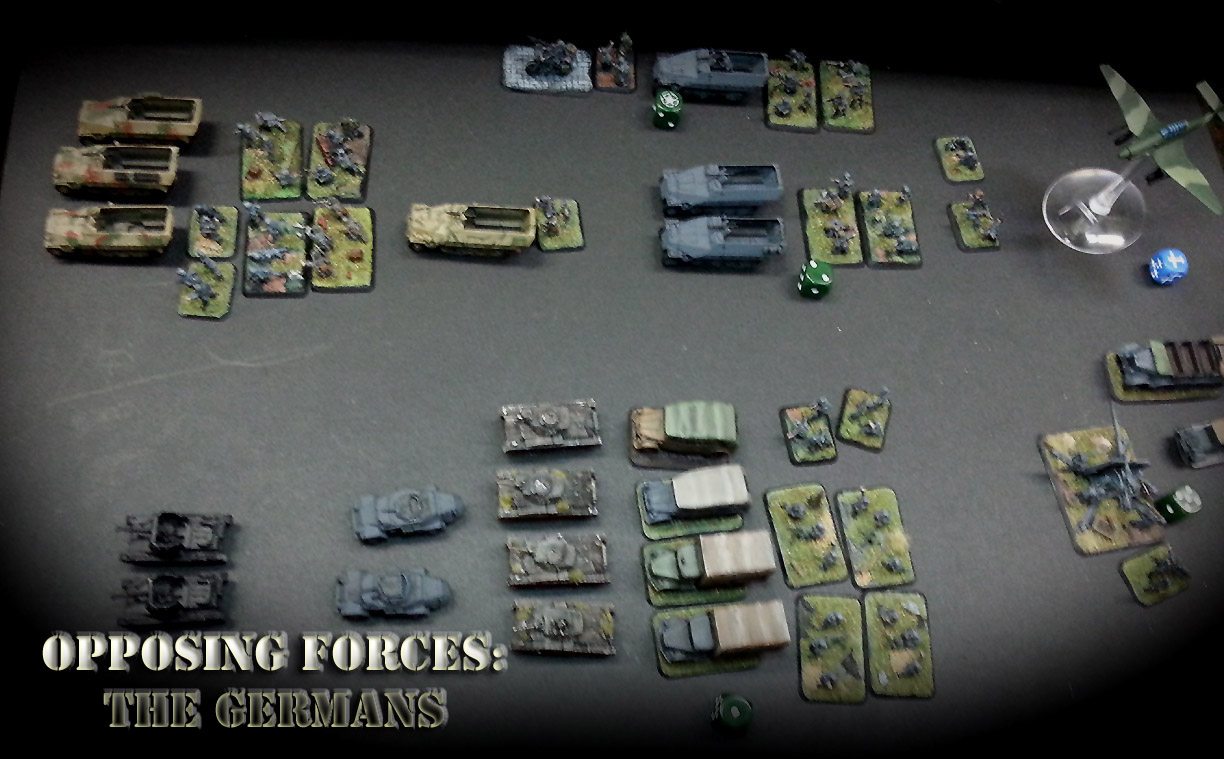 We had to take our forces, divide the in half, and deploy the starting batch on the table.  I chose the Machine Gun and artillery batteries, along with the Souma and Hotchkiss units and the command stands.

I still think that I got too worried about artillery templates, leaving me very spread out.  Also, I didn't know that the game was not a six turn limit!  This would affect a great meany choices... 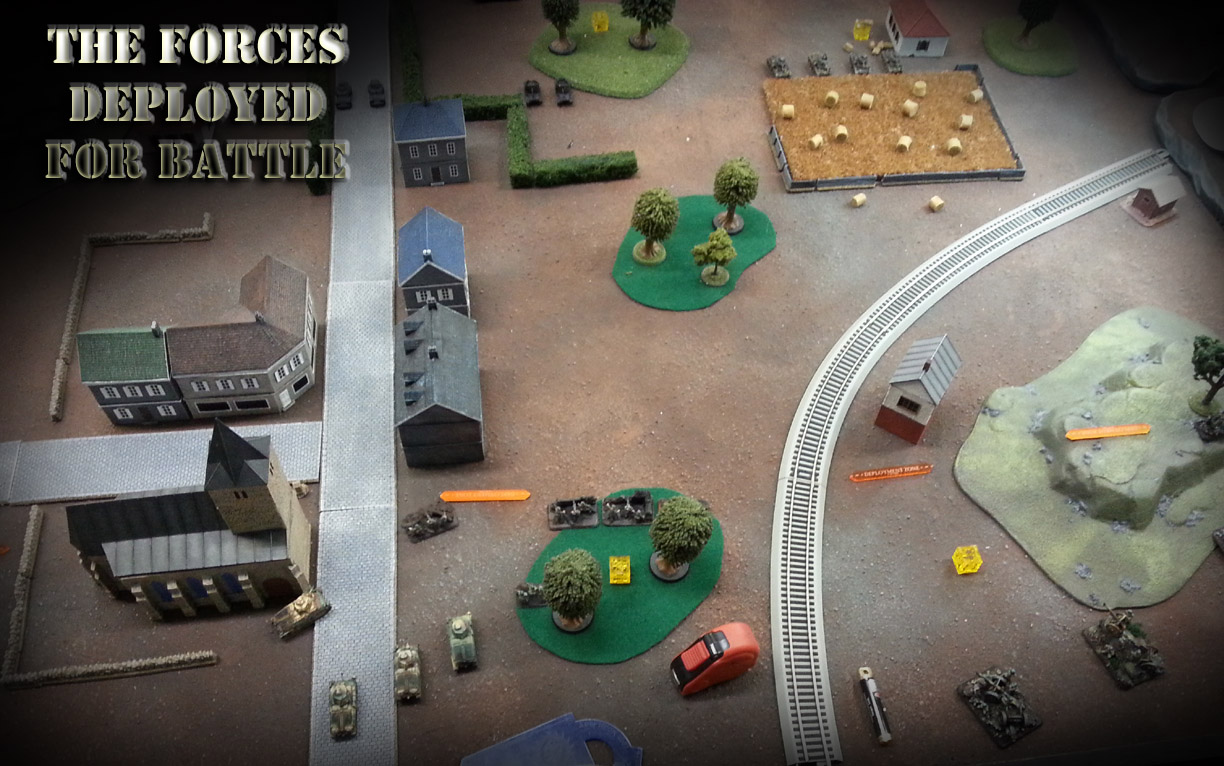 Seeing all the transports of the Germans, I figured that many of them would be coming down the road, trying to deploy into the town before the French defenders.  The heavier Soumas were placed there, where they could react to such a move. 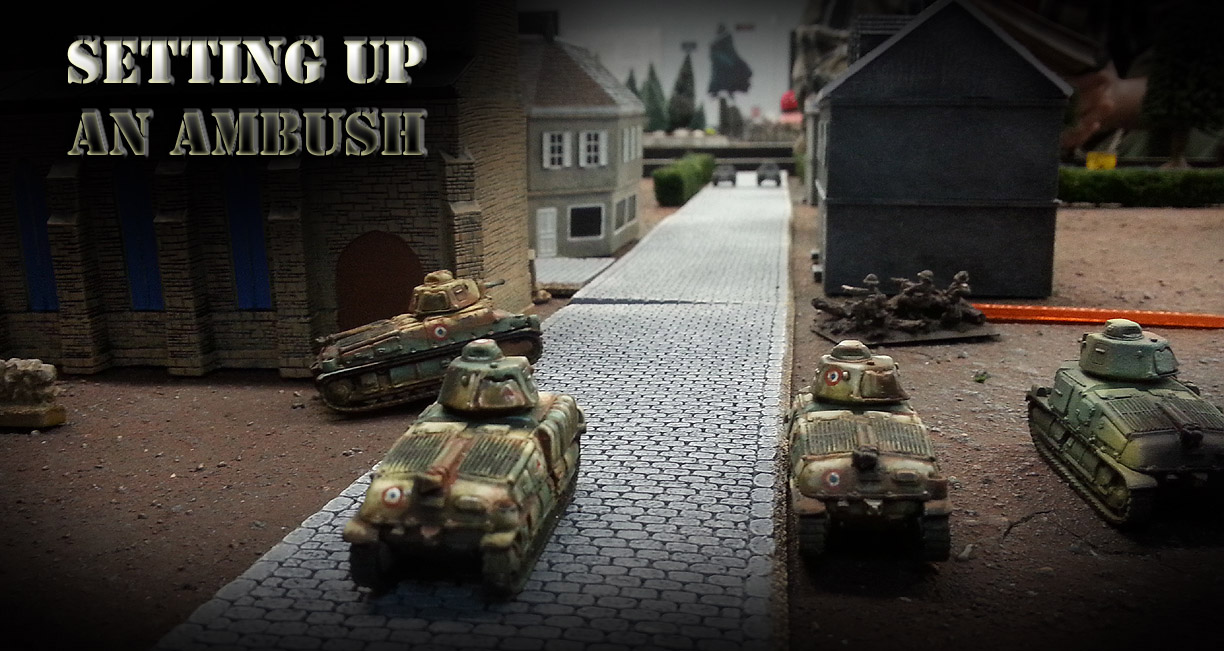 The Artillery battery had some eyes on the horizon, searching out the enemy tanks.  They could hear the distant rumble of armor advancing...

Sure enough!  The looted "Panzers" blasted trough the train yards, heading straight for the ridge that partially hid the guns!

Sadly, the brave observers sacrificed themselves to alert the gun teams of the impending steel advance. 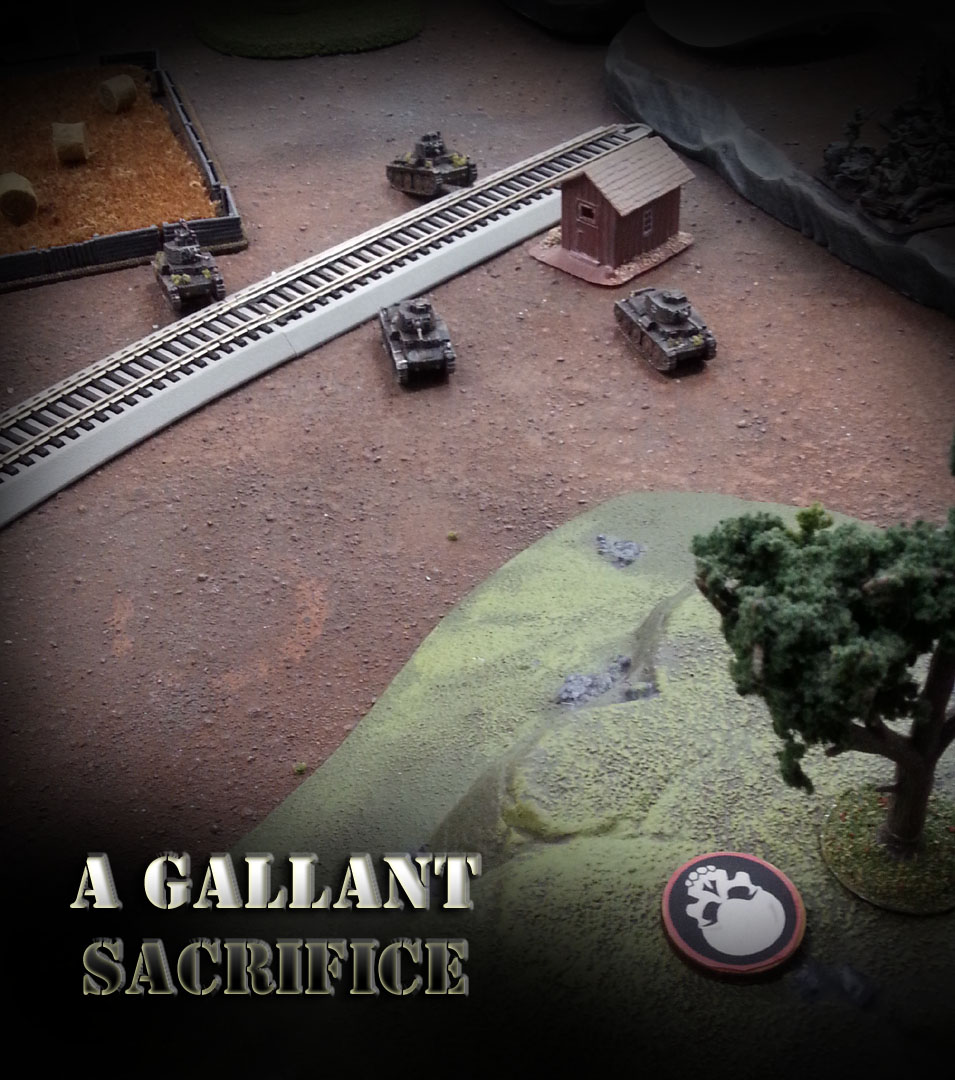 The drivers of the German anti-tank vehicles must need a little more training in rough terrain, as one of their number found himself bogged down in the woods for a number of turns. 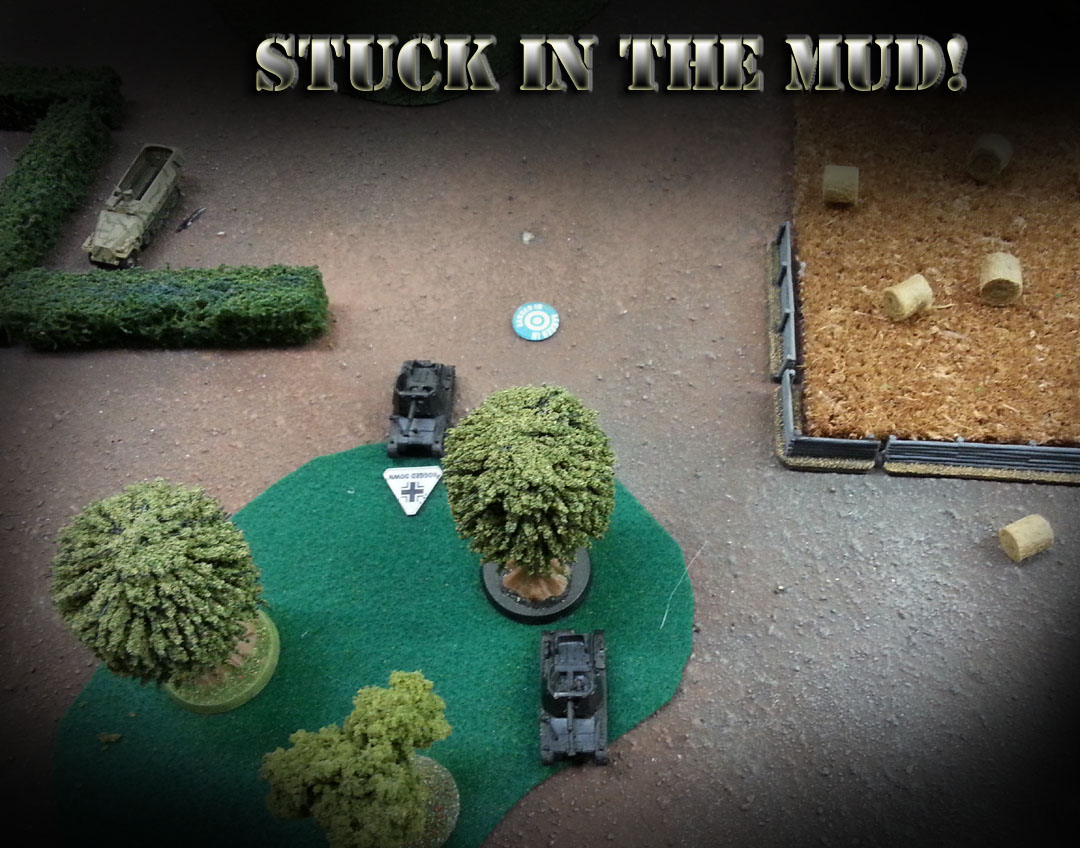 The Stuka pilots, on the other hand, pounced on their targets with deadly accuracy.  Again and again they would strafe the hopelessly exposed artillery crews. 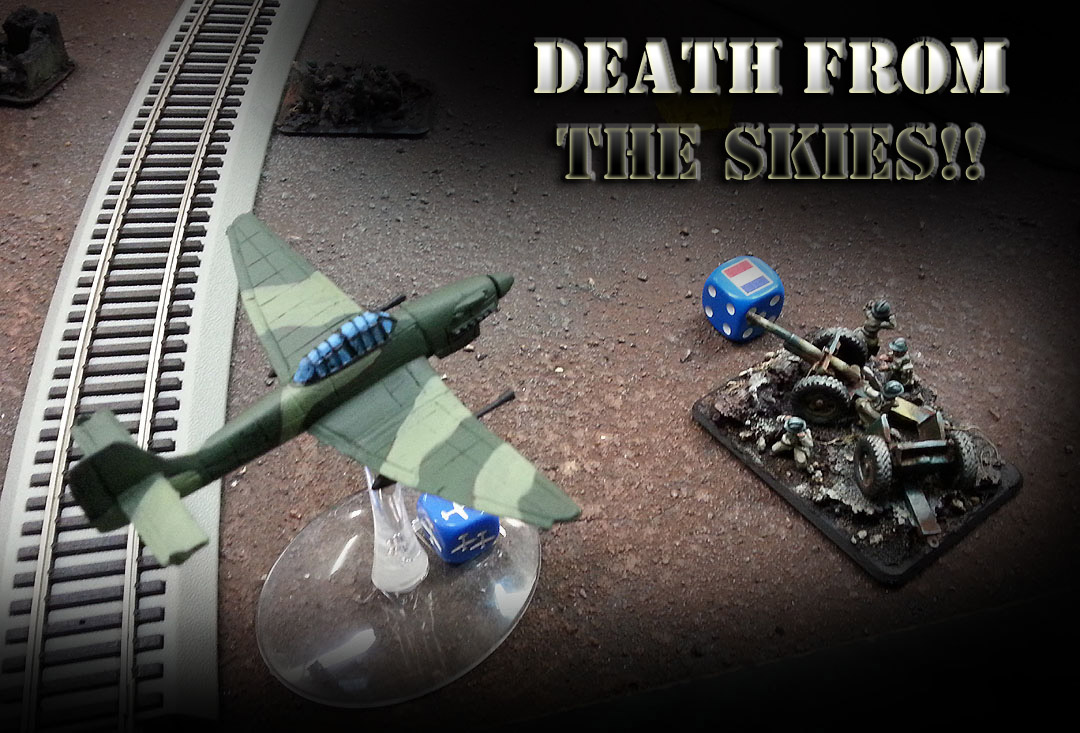 This prompted the French to effect a change in the trajectory of the battle... sending the Souma unit down the road out of town as rapidly as possible.  The enemy had been focusing more and more effort on the French right, so this was supposed to be a flanking maneuver.

If anything, it would limit what the anti-armor vehicles of the Germans could do... and possibly threaten their base which had been established just out of town. 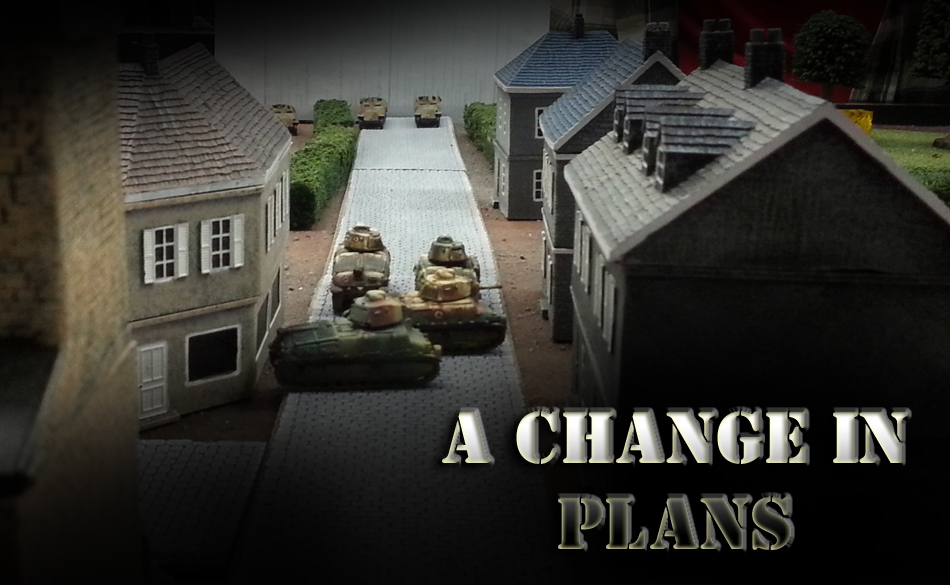 The pesky German armored cars had been a huge thorn in the side of the French, seemingly ignorant of the danger that faced them with so much nearby firepower!  The drivers were either very brave, or really nuts!  One of them would pay the price for his rashness, however, at the hands of the advancing Soumas.

Can the French hold off the great tide of the enemy?  Will the flanking maneuver work?  Or will death from the skies prove too much for the forces of the Republic?

Stay tuned for the next episode! 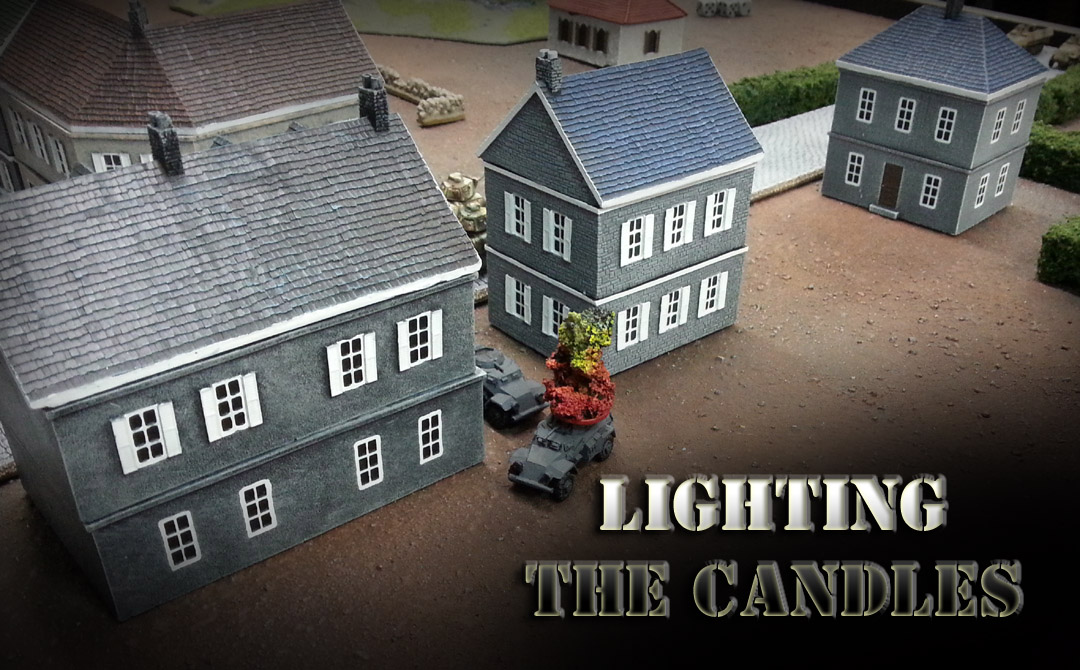 Posted by wappellious at 3:51 PM 4 comments: 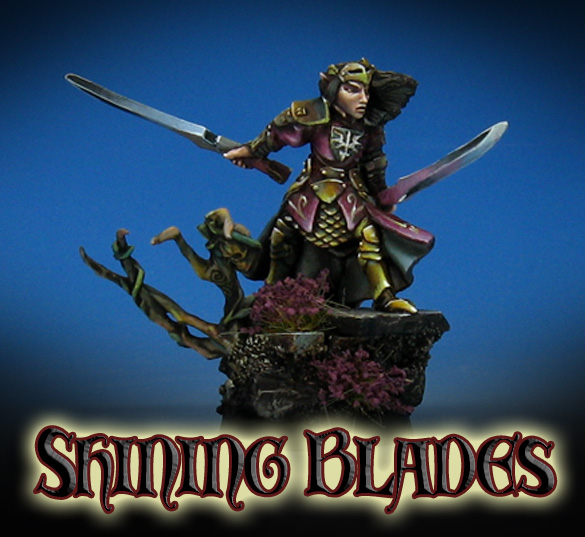 This was originally painted for my Galadhrim Elf army, serving as my overall Captain.

I had a lot of fun painting the various muted tones on the face, and seeing how many colors I could reflect onto the shiny swords!

These types of flowing, curved weapons present many options, but also challenges.  The blades were held at such an angle that they picked up the cloak, the ground, sky, and more.  Add in the curved surfaces, and there was a lot to work out!!

Posted by wappellious at 2:49 AM 2 comments: