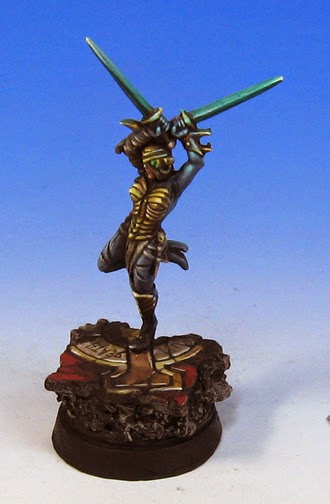 The Death Cult Assassins were always a favorite of mine.  I used them very differently in the old 4th edition version.  Now in 7th, I guess you could toss these into just about any army.

This gal got a few touches of paint after being a tournament veteran for a while. 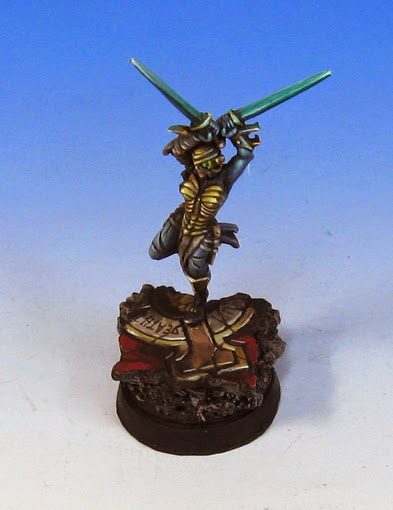 The Lady in Blue 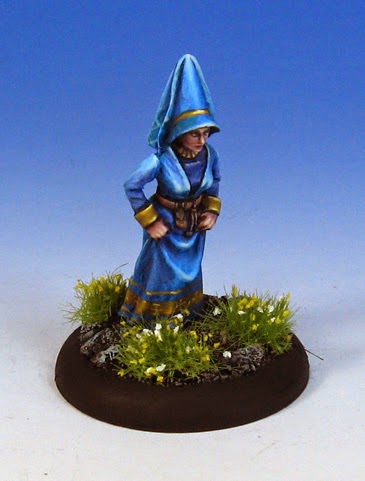 Here's another one of those minis that we used to have as NPC's with our old D & D group.  This fair maiden was part of my Bard's traveling fan club.  I think there were three of them total.  Graygar the Glorious wowed the ladies with his dulcet tones.

He was also the Bard of 1000 Disguises.  He would grab a few tree branches so that he could 'disguise' himself as an Ent, and then walk around calling for birds to land on him.

Anyway, it was fun to ad a few ore touches to this grand old Ral Partha mini!

Posted by wappellious at 12:32 AM No comments: