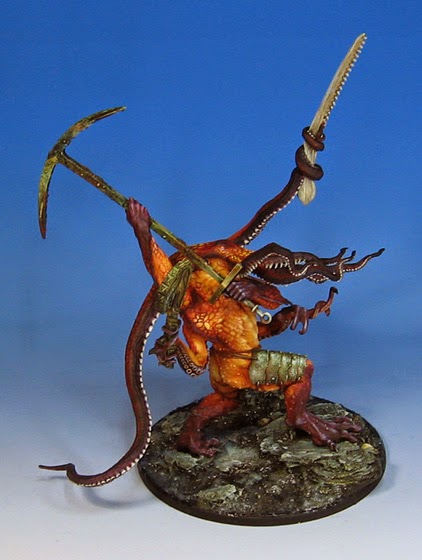 All right, there is absolutely no doubt that this particular figure from Mierce Miniatures is one of the most unique (or unusual, bizarre, whatever you want to call it!) figures that has ever made onto the painting table.

It is HUGE!  It stands on one of those giant bases which you saw me making.  Those bases are the size of a DVD, by the way! 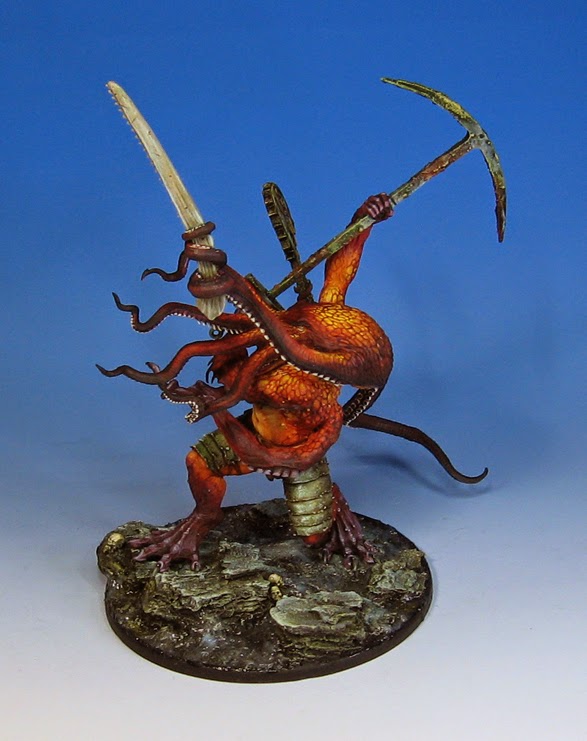 Once I found these images in a quick Google search, I knew that it's what I wanted to paint on him. 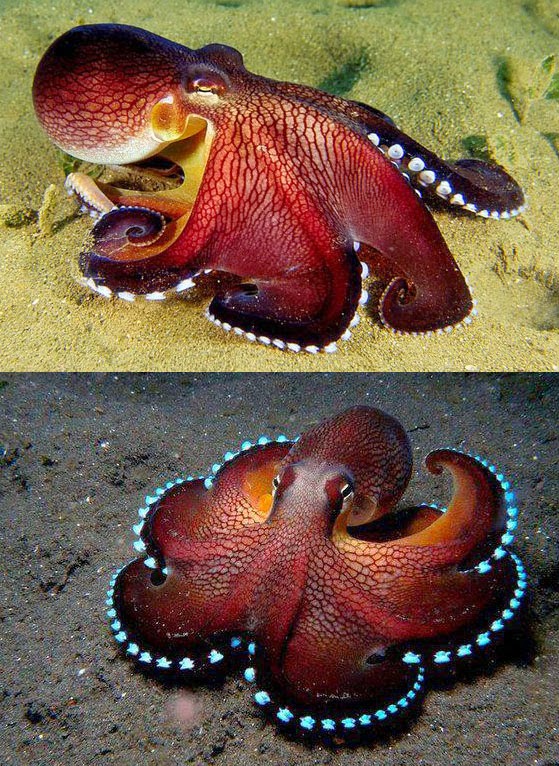 Just assembling this beast was wild.  The head is almost 9 inches across with the tentacles, and each of those was an individual piece. 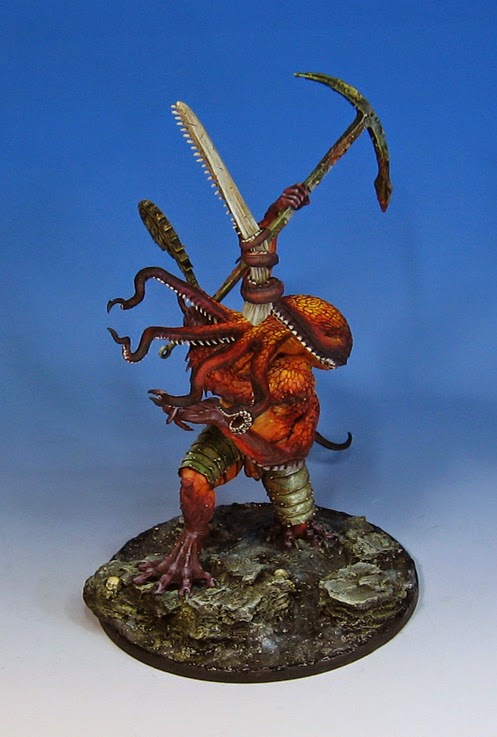 The head had to be painted (along with the body) before I could ever hope to put that all together. 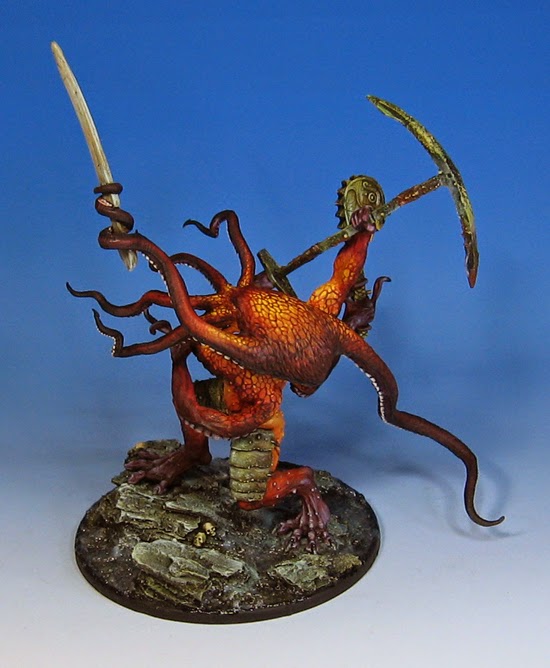 I definitely needed the water effects to fill in all the gaps, as they were in super confined spaces.  There's no way I could have gotten the sculpting tool in there, so that water effects technique was fantastic! 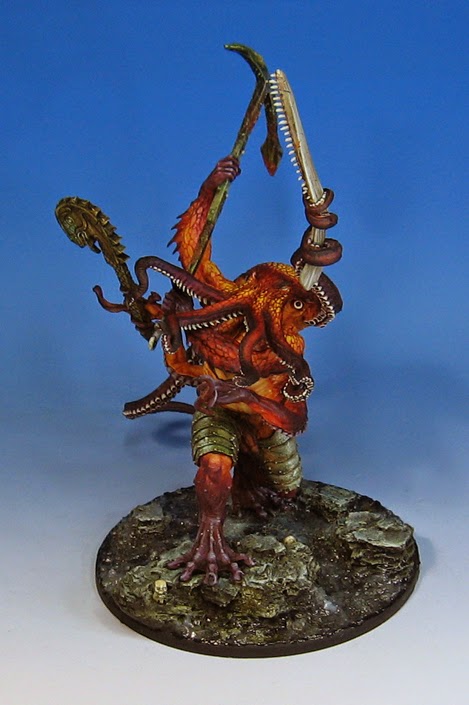 Speaking of water effects, the base has about a dozen layers of the water effects to have some moving water.  I will probably do one more layer with some water in it to create the foaming effect! 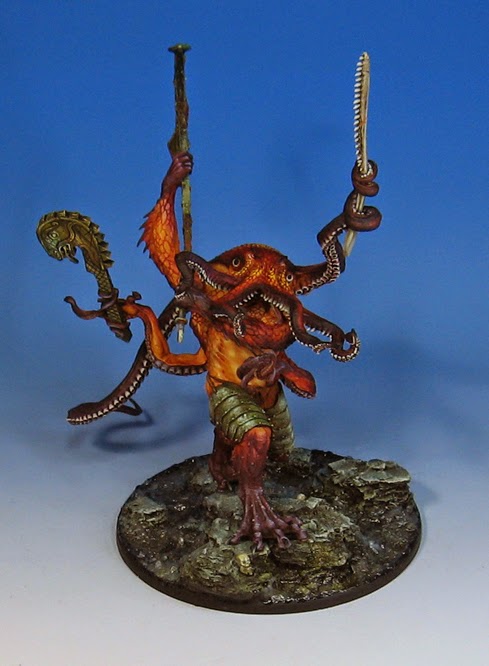 This view shows you some of the freehand effects to get that pattern.  I really enjoyed that one, so it will probably show up on a cloak or two :-) 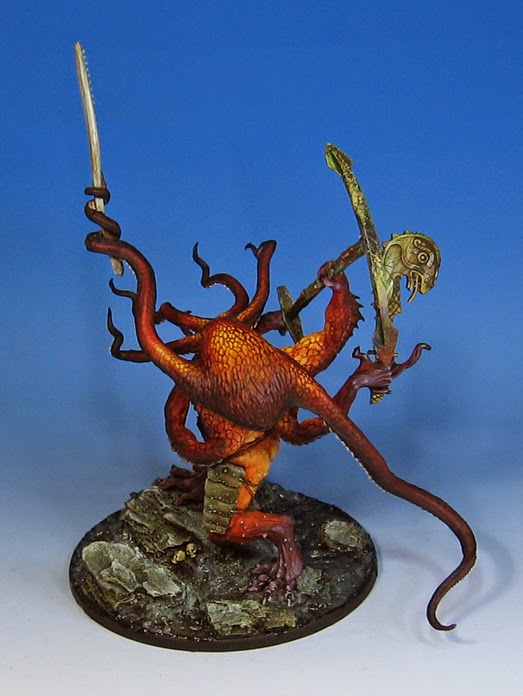 The 'weapons' he is holding in his hands are massive as well.  I added extra corrosion with some Oxide Paste. 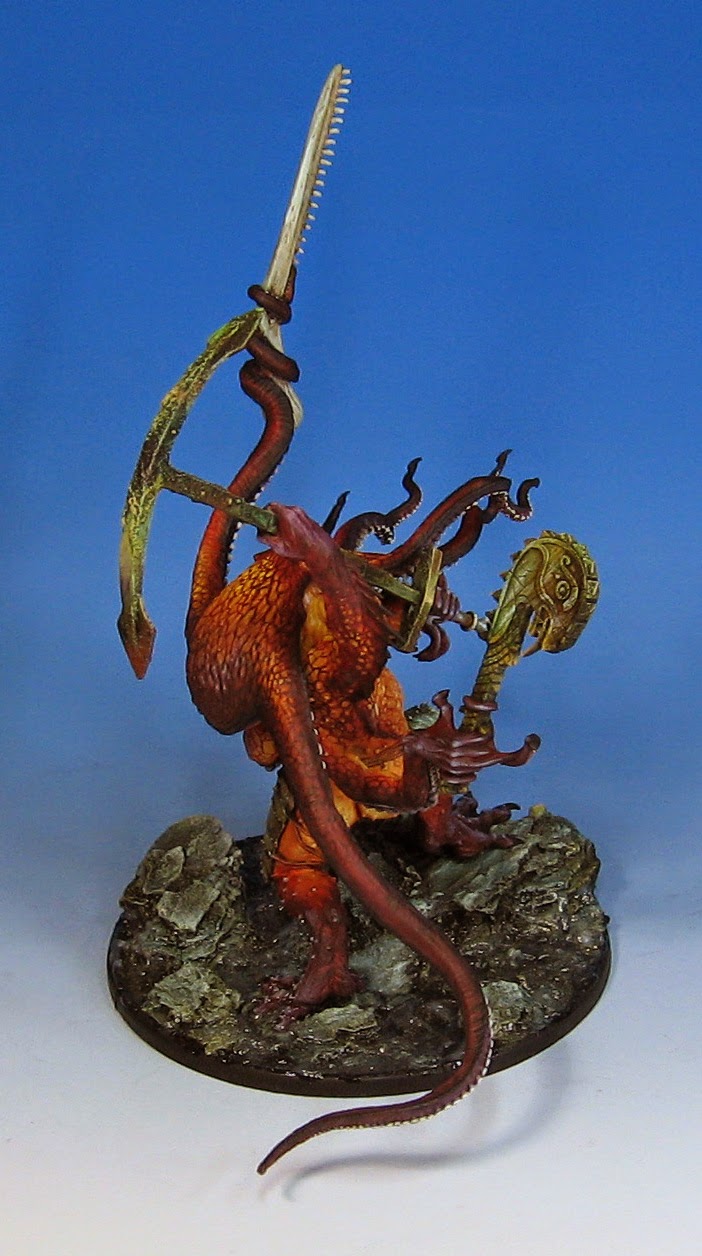 Carrying the color patterns through the tentacles and the rest of the body meant a lot of going back and forth with those colors.  Fortunately, that's something that the Shaded Basecoat technique is specifically designed for. 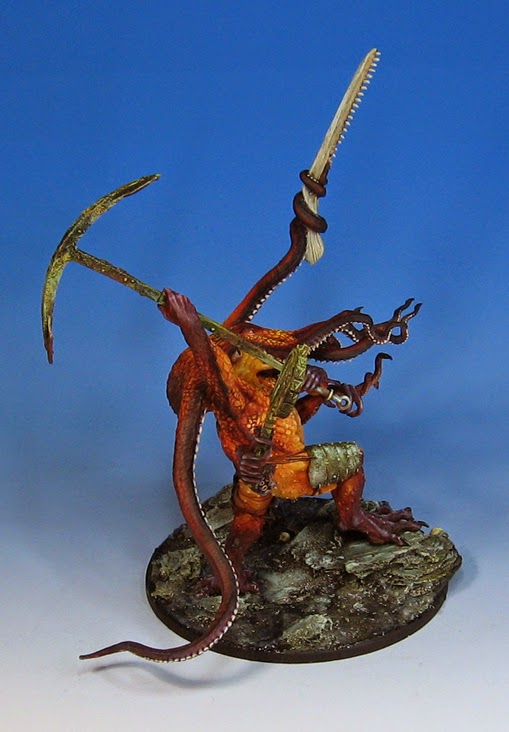 It allows me to add and subtract, shift and change color patterns to a large degree, since I am not committing fully to completing one tiny area.  This is important, as I started to lean more and more towards a blueish purple in the darker areas, as opposed to a reddish black.

That was to offer some contrast to the oranges, but also compliment the reds.  It would make those appear warmer as well, whereas the more brownish color made the red very dim and dull. 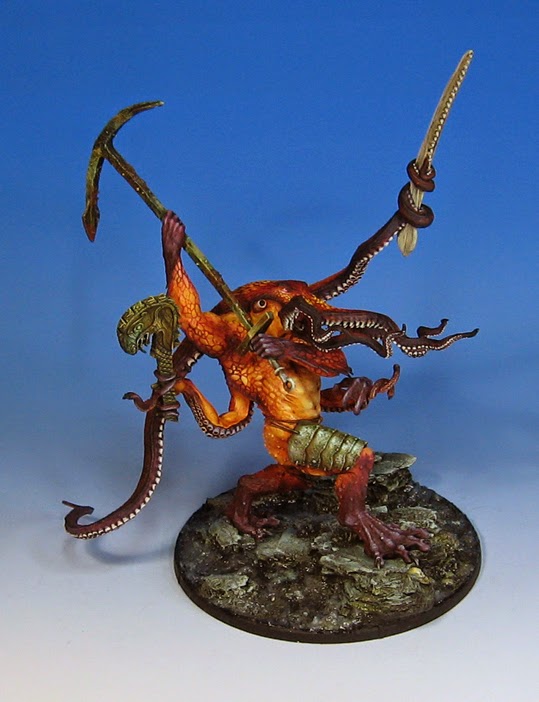 The whole body of this guy was pretty much an exercise in reds, and it made me think of the Raging Reds video that I did for the Pyramid series.

I also tried to use some greenish grey in the 'armor' and anchor to offer a little more contrast to those reds, but also mimic the stones on which he's standing.  This meant the colors would not be isolated to just the base.  I used them in the jawbone, and the ship prow as well.

I have many more images of this beast which I will be posting, including a set of size comparison images with other monsters from the Mierce range. 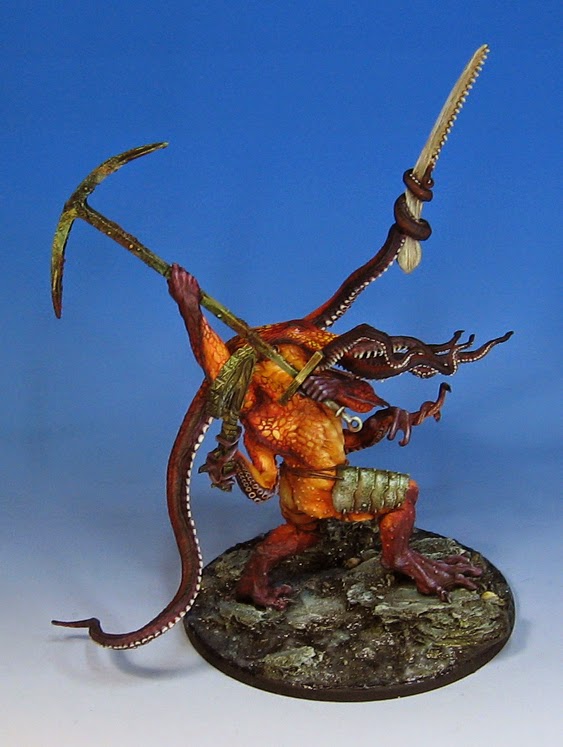 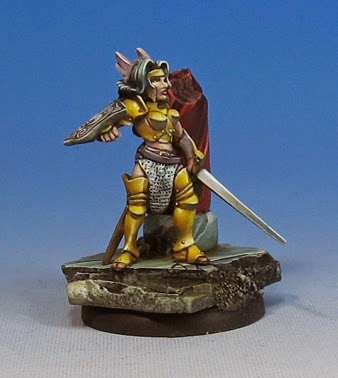 Or, that would simply be an opportunity to paint gold NMM.

Gold is particularly fun, since it has many of the same elements as sky-earth NMM, as it is incredibly 'shiny' and reflective.

It meant that I could play around with adding greens and purples into the mix to echo some of the environment surrounding the figure, such as the base.  I also like to include a few of the Vallejo fluorescent colors in my gold mixes, to heighten that intensity of color.

Playing around with the warmer vs cooler yellow shades is a great exploration into subtle color balances.  All of these principles went into the videos for Painting Gold NMM and the Yellow Alert color theory video.

Posted by wappellious at 1:15 AM No comments: