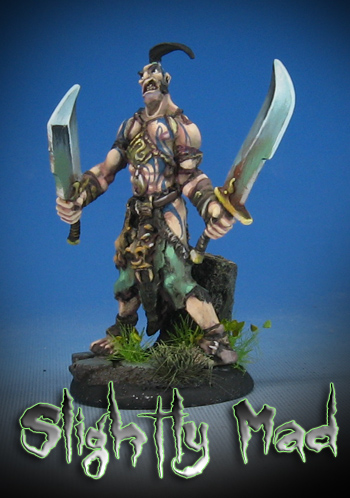 Back to the old Confrontation figures and some reminiscing about how different the sculpts and even the poses were at the time.

13-15 years ago, you didn't see the kinds of whimsical poses which became one of the trademarks of the line.

Even things that were supposed to be more aggressive or brutish (including goblins and orcs) were given this kind of pose.  Until then, most of the poses were very hulking and static.  This figure is actually ogre sized, on a 30mm base.