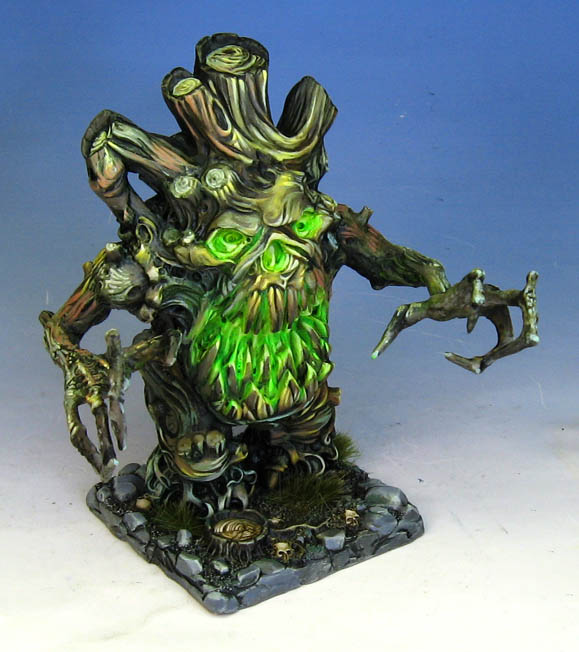 Here was something that I would work on to practice some of the glazing, and test out the new washes from Secret Weapon.  He is an Ultraforge miniature, cast in resin, on a 50mm base.

Ultraforge make a lot of large creatures and demons... you can see them here:
http://www.ultraforgeminiatures.com/?page_id=74 I have already done a WIP post on this guy, which showed some of that glazing and tinting process.  Not only did I test out some of the more 'traditional' washes from Secret Weapon, I also broke out a few of the very bright washes, such as the Fallout wash. 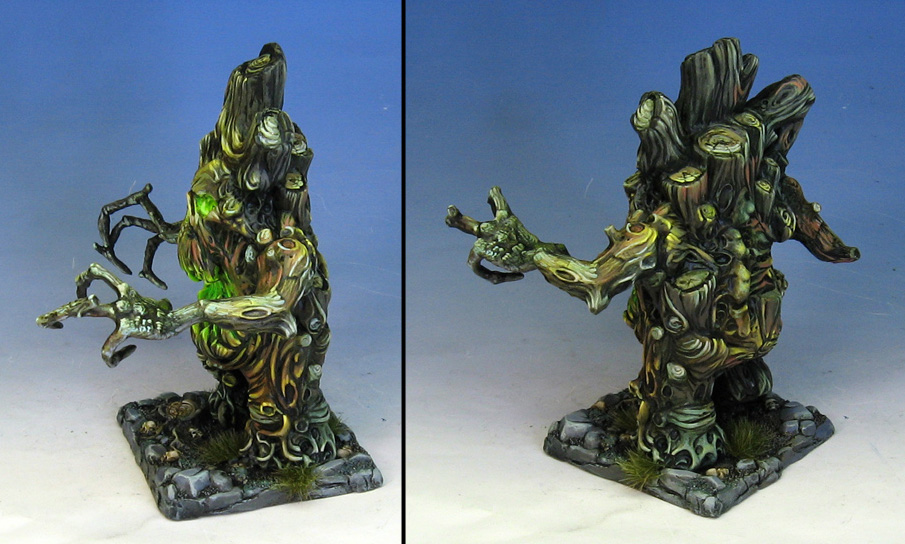 I mixed a lot of those washes in with my opaque paints when I went back in to the middle tones.  That is something that I am trying to bring up as often as possible... not just in the specific glazing video. 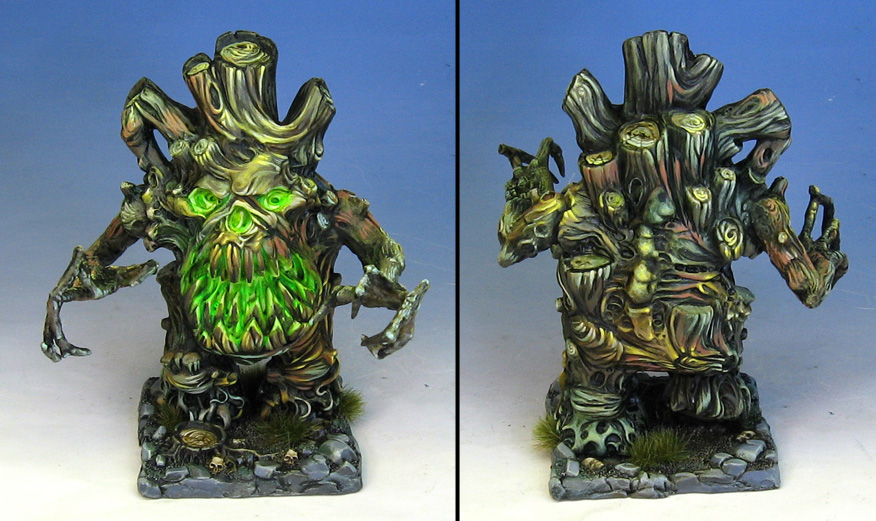 Some of the benefits of using the wash to mix with your paints is that the color becomes tinted to what shadow colors are already there.  I am essentially creating colored water to mix with my paint, instead of regular water.

I also mix glaze medium with my colors, but that tends to be used more to keep a paint color active instead of tinting it, since glaze medium extends the drying time of your paint.. 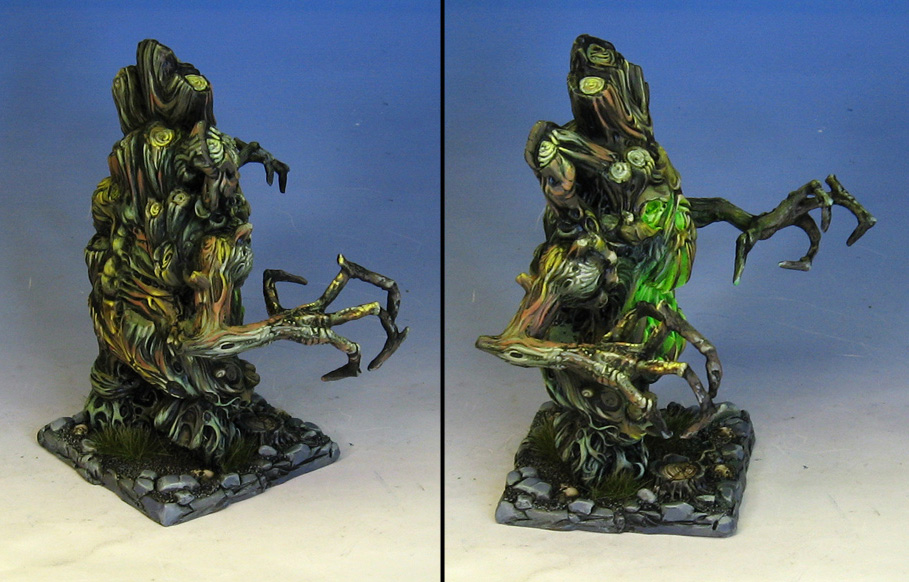 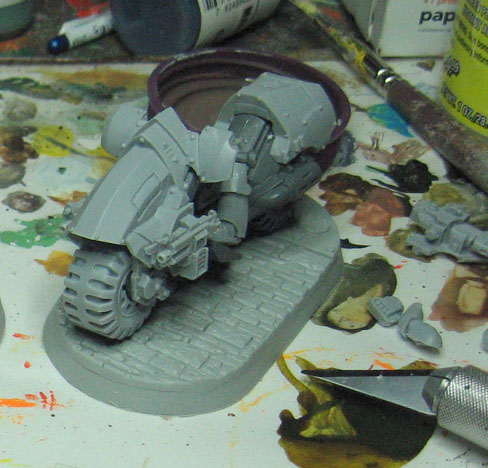 I don't know how helpful this might be, but here are a few things that I learned working with those new Forgeworld bikes.

Since they don't come with any real instructions, that always complicates things a bit.  In addition, I had never assembled regular bike kits before, and was doing that a little in the dark.  While we were away, I worked on prepping these.  First I had washed all the resin parts and scraped off mould lines, etc. 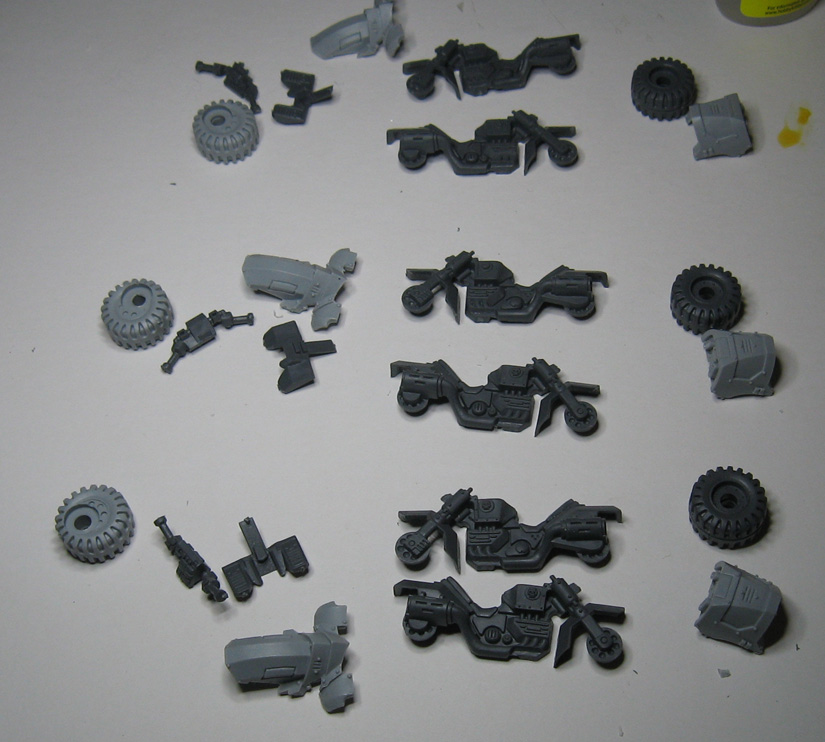 It took me a while to figure out just which parts belonged where... but even more importantly, which ones should you glue first!  Over the years, there has been more than one occasion where I glue something that should have waited a step or two.

Plus, there are also times where you attach something that would have been far easier to paint and then assemble later.  Lessons such as these are usually learned the hard way. 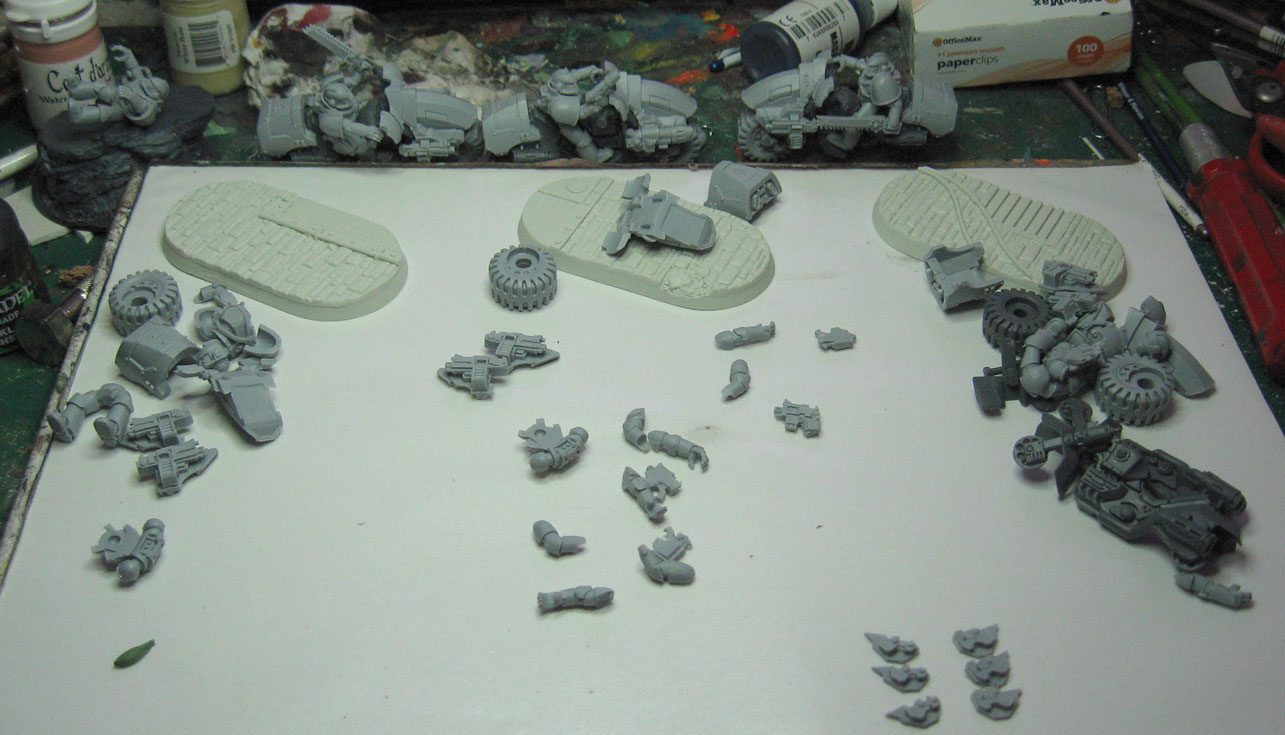 I learned that the FW front wheels of the bikes are a little harder to get into place.  I almost had to let them move around once the 2 halves of the bike were glued together. 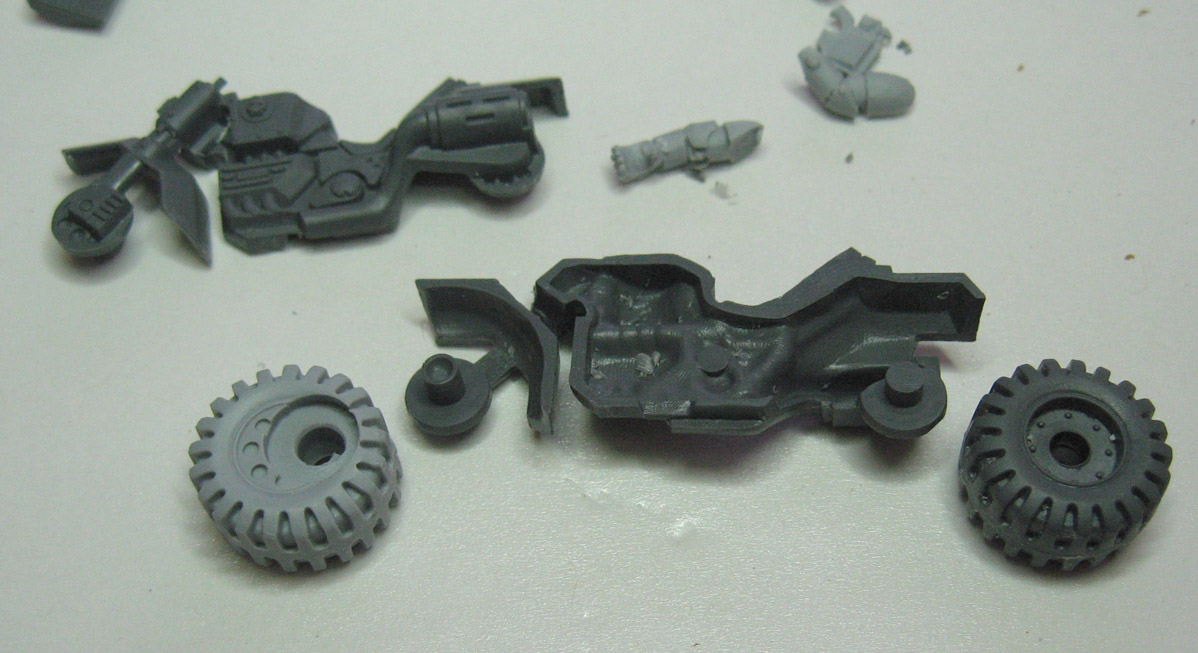 Once they were glued in place, I set the bike upright, and let the front wheel work its way into position.  The glue is allowed to set as I move onto the next one. 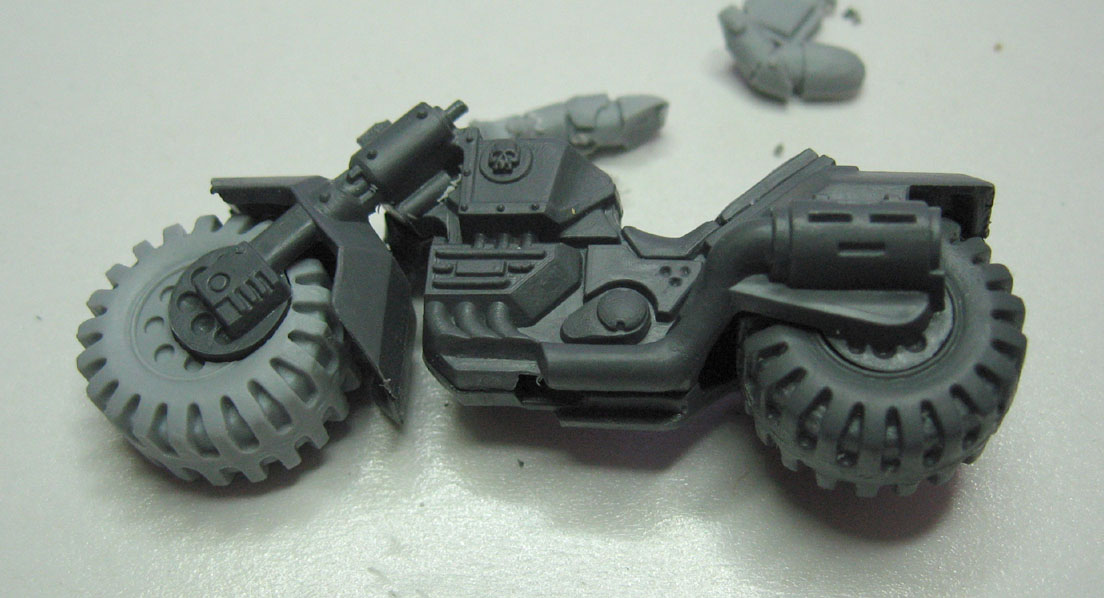 Once those have set. I put the rest of the FW pieces on to the bike.  Those two pieces you see under the bike were a bit of a mystery at first.  They are two different sizes, as the end of the forks on the right and left sides are also different sizes. 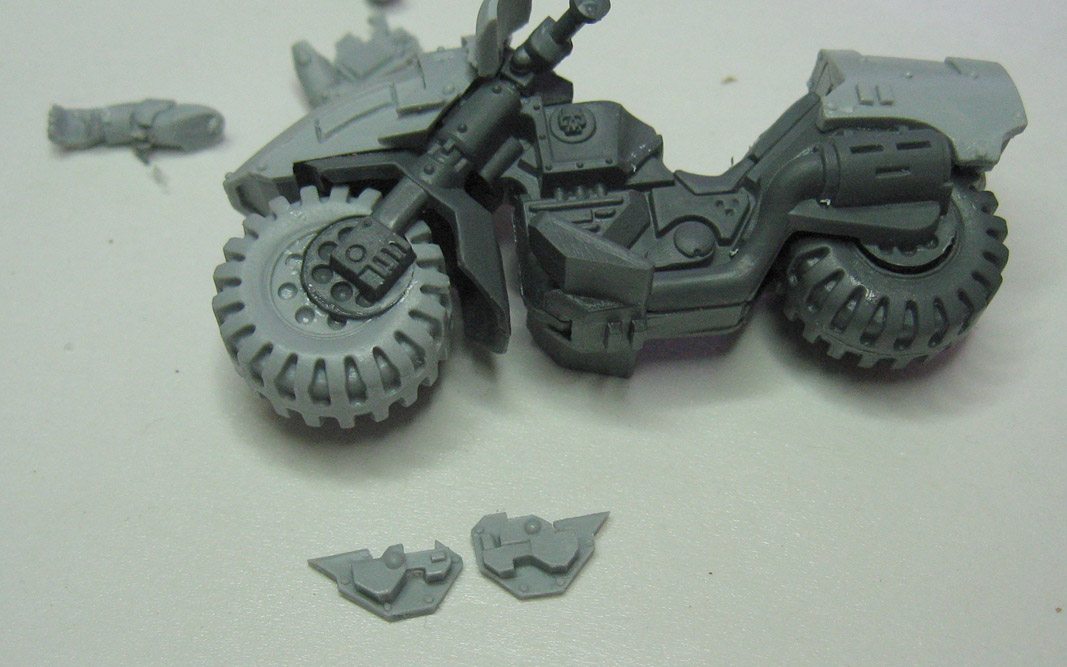 After those are in place, I had to attach the front mounted bolters.  Fortunately, there was not much distortion in these pieces.  I was very relieved!! 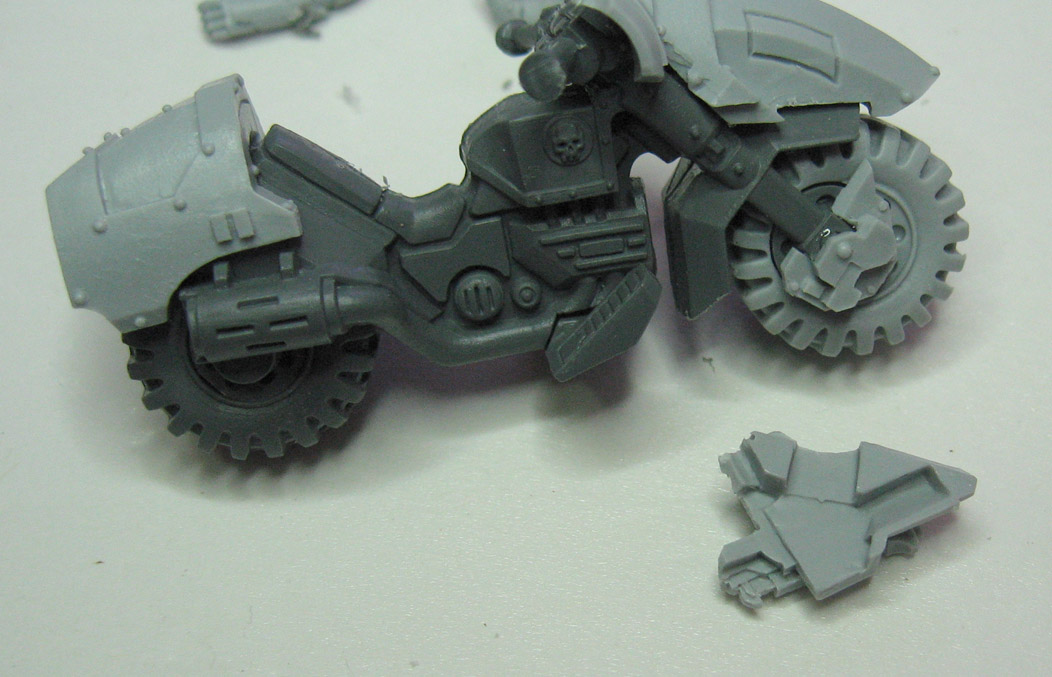 As all those pieces set, I put the legs in place without gluing.  There is no way to get at everything I need to on the bike with the rider in the way! This let me get the torso and other upper body pieces attached, using the glue/green stuff/glue method.  The handlebars make positioning weapon arms more difficult than I anticipated. 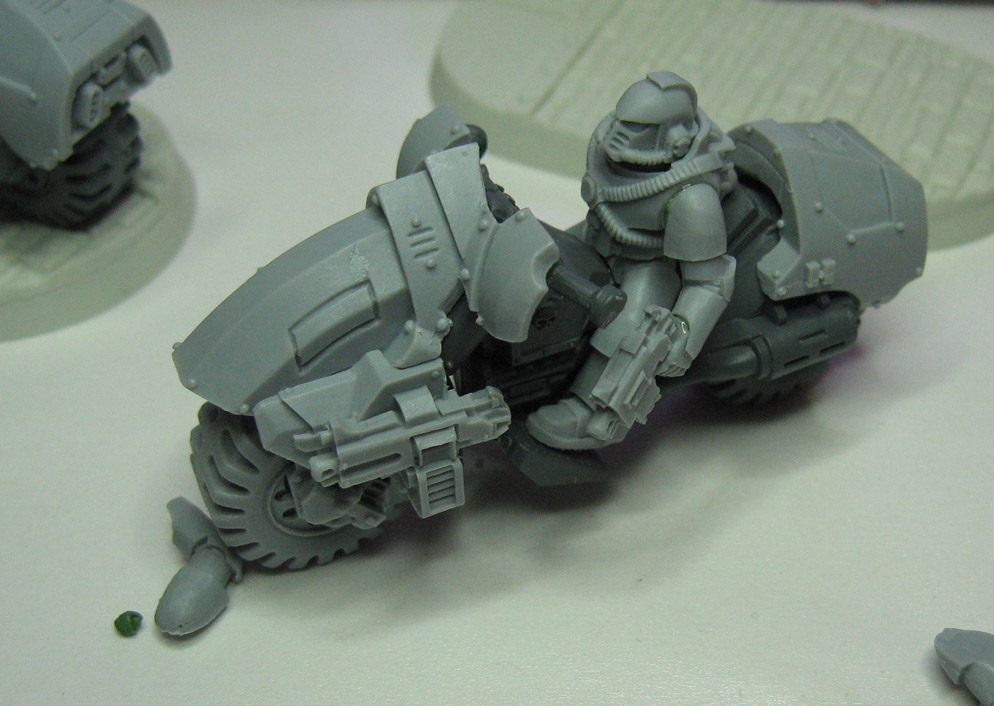 The legs have to be pulled a bit closer to the handlebars to make the arms reach, which might be part of the slight shrinkage that can happen when casting resin parts... 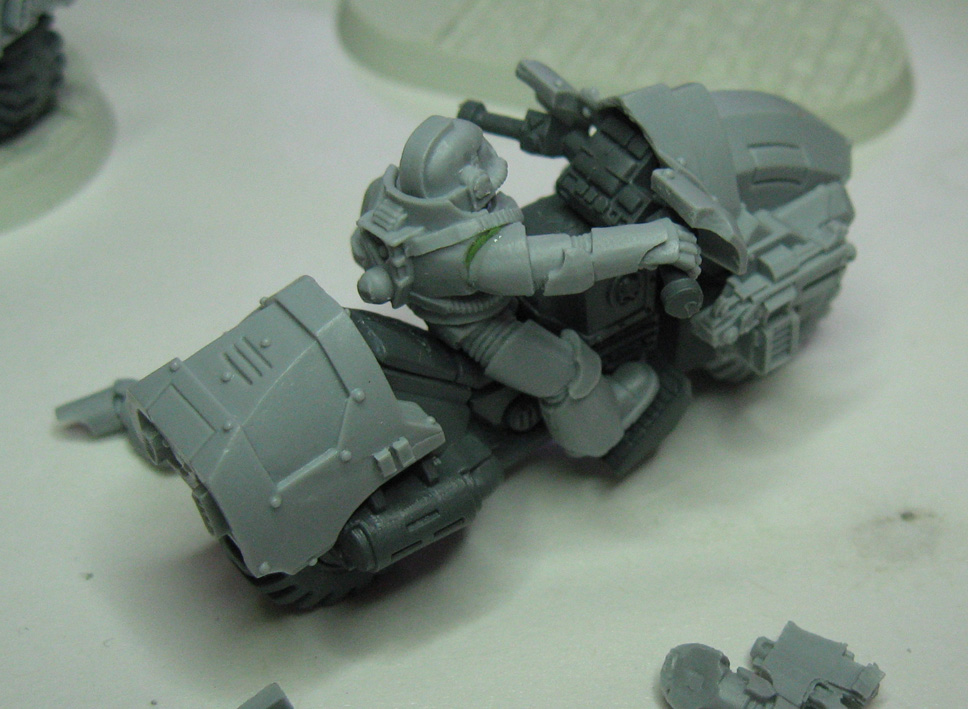 Be sure to leave plenty of room for the power pack when positioning that rear panel!  Again, another hard lesson learned.  I had only done 2 of the bikes at that time, and I was able to move the pieces. 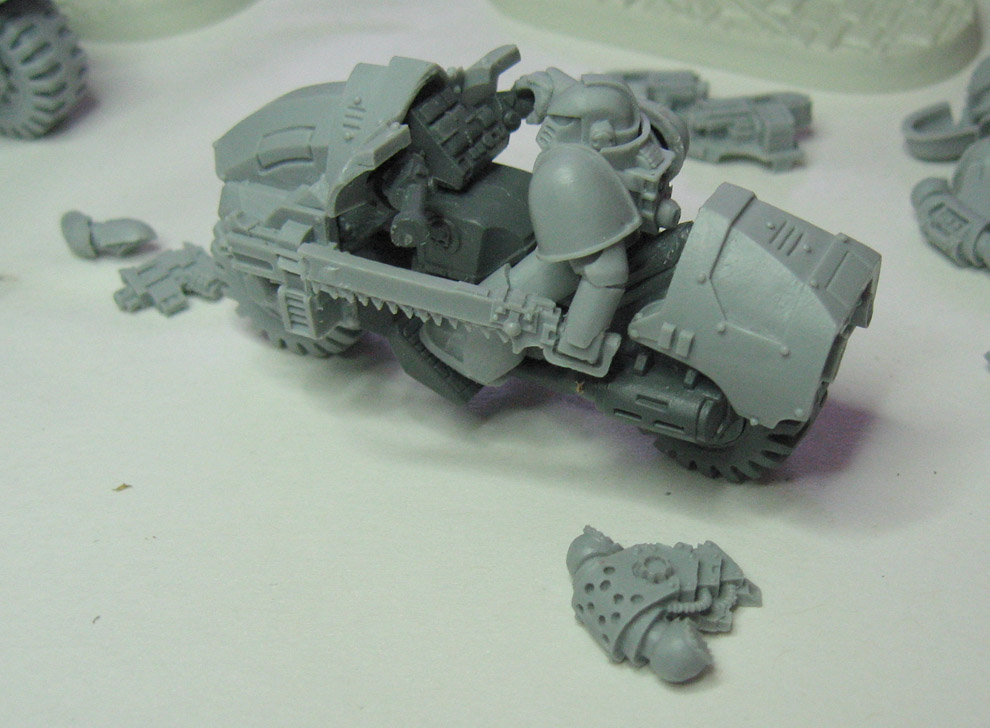 So, from this mass of various grey parts, a squad of White Scar bikes shall emerge!  I know this was not the fanciest post, but I hope that it might save someone a bit of annoyance when they take on these bikes. 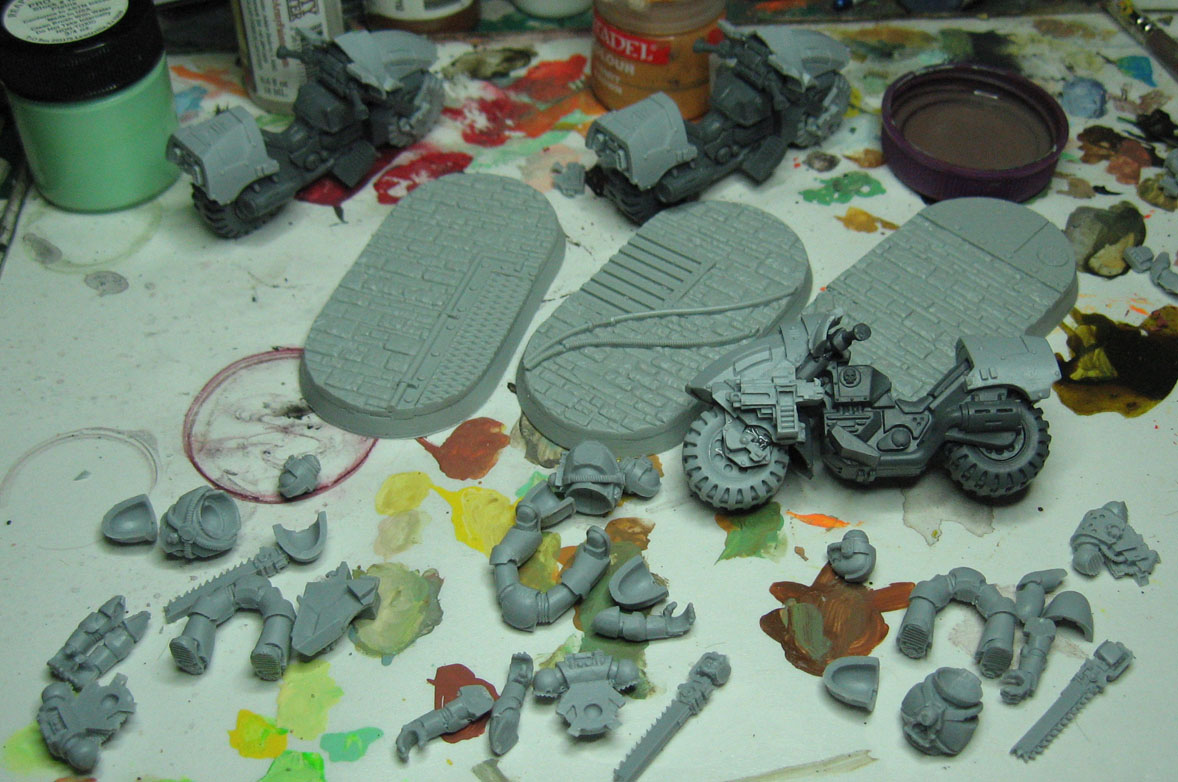 Posted by wappellious at 3:55 AM 4 comments: