A Haemonculus among us 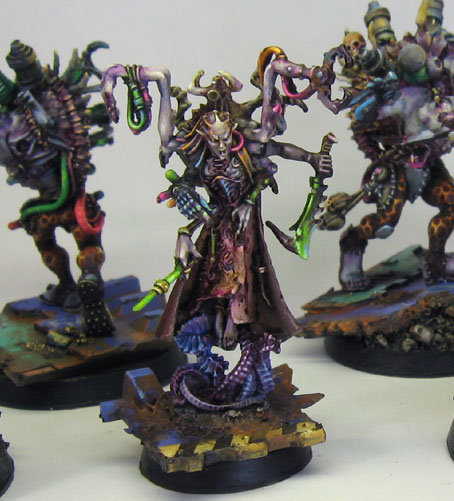 Realizing that my unit of Grotesques needed a baby sitter, I figured I would give them a Haemonculus.  I now realize that this is a special character figure. but at the time, I didn't realize that there was a 'regular' Haemonculus figure.  So, I just went ahead and painted this guy.

I used all the same techniques that I had used in painting the Grotesques, in terms of the blood and glowing vials. 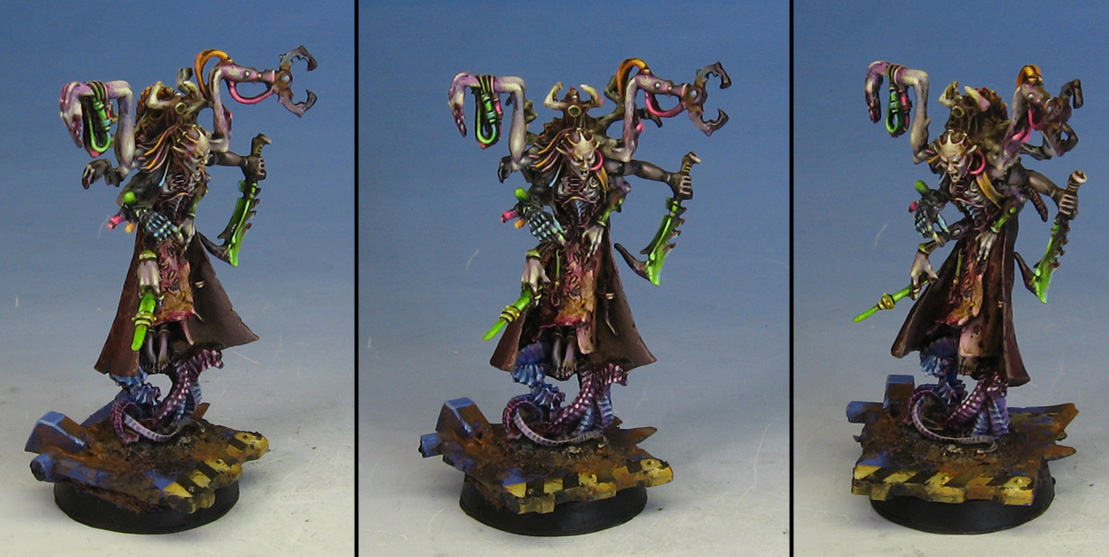 It was a little tricky, as those guys were pretty huge, and he was so small by comparison!  I also repeated the same hot lava pattern on his cloak, and the basing as well. 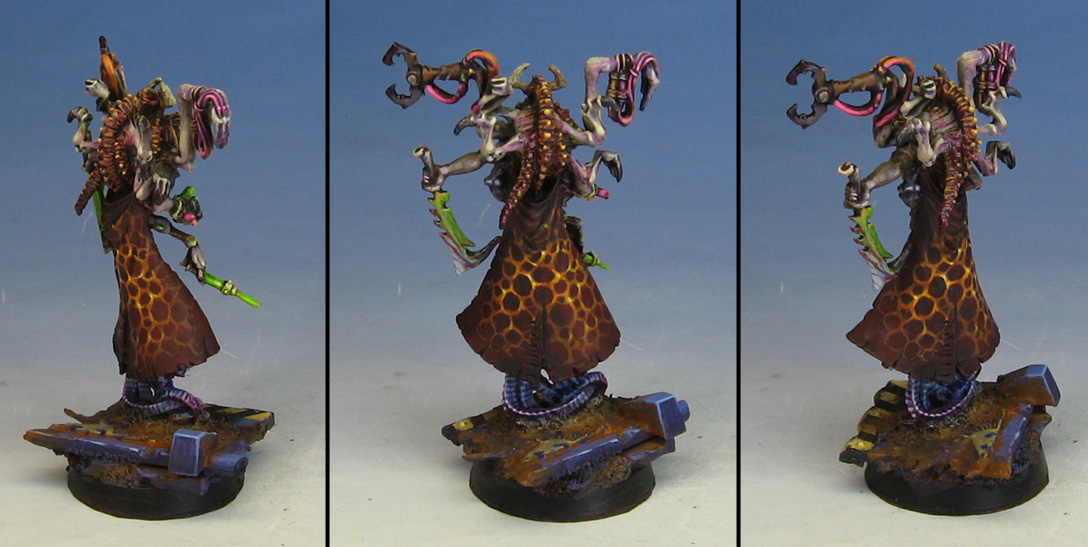 Here he is with the entire unit!

At least I have one unit finished for Adepticon! 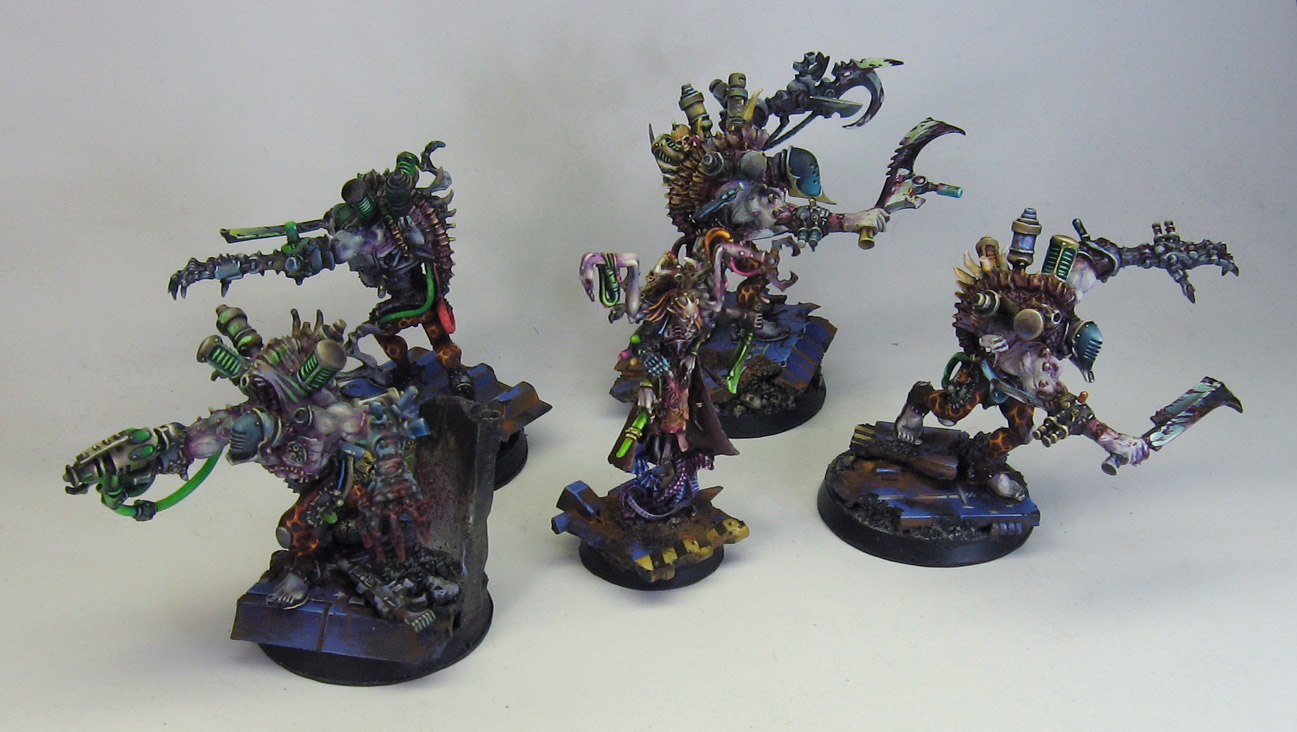 The next unit I will try to tackle will probably be the Incubi, and the Archon. 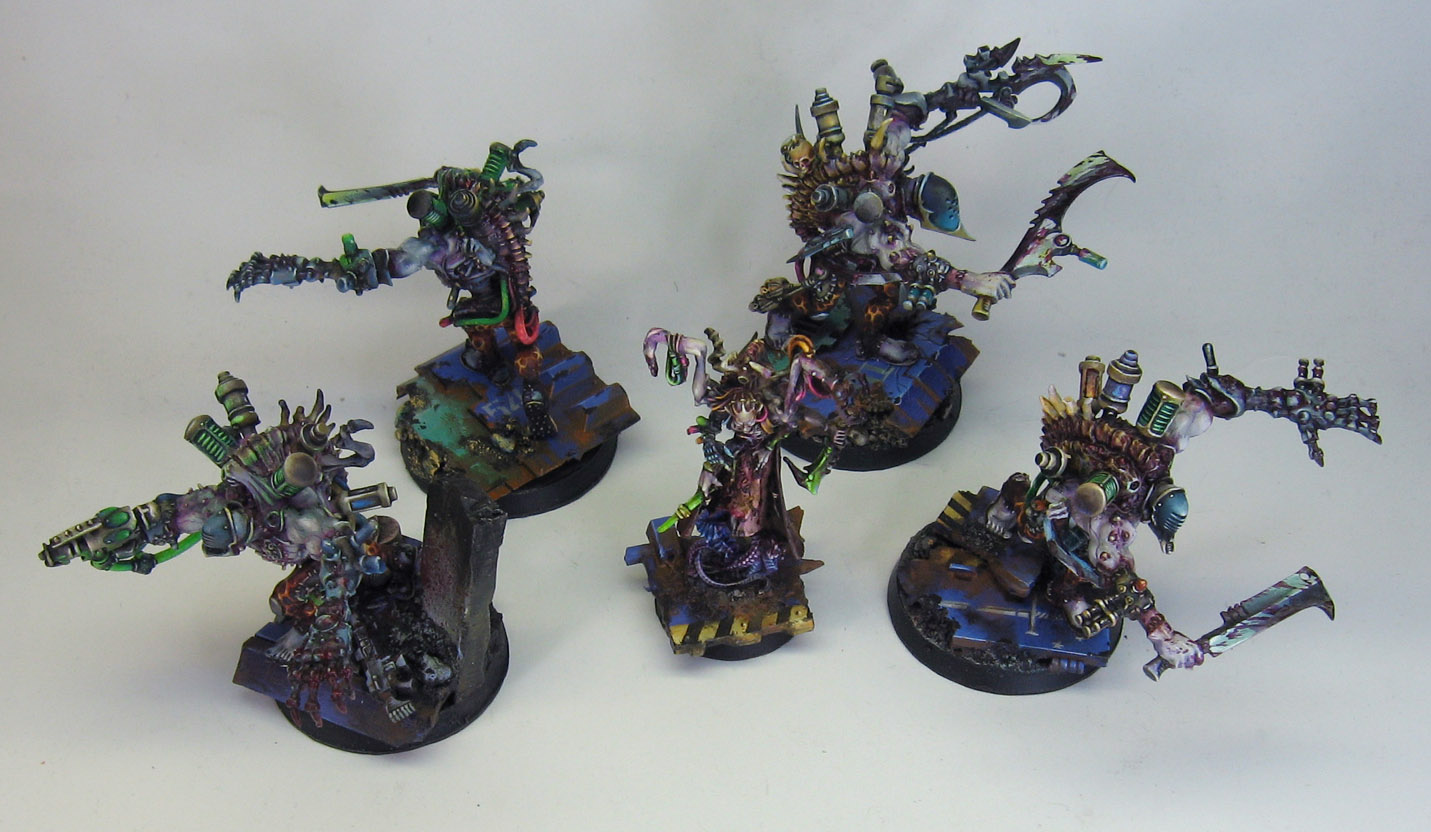 I guess you have to start somewhere.  The vast majority of the army is assembled, based, and waiting for paint!  You will be seeing all kinds of new techniques being developed on this army, which is really the point of painting these things!

At least 80% of the painting videos have techniques and topics that were developed in the process of painting my own armies.  As I have mentioned many times, my own armies are laboratories, where experimentation is the rule.  New materials, new color combos, new techniques, etc., abound with my armies. 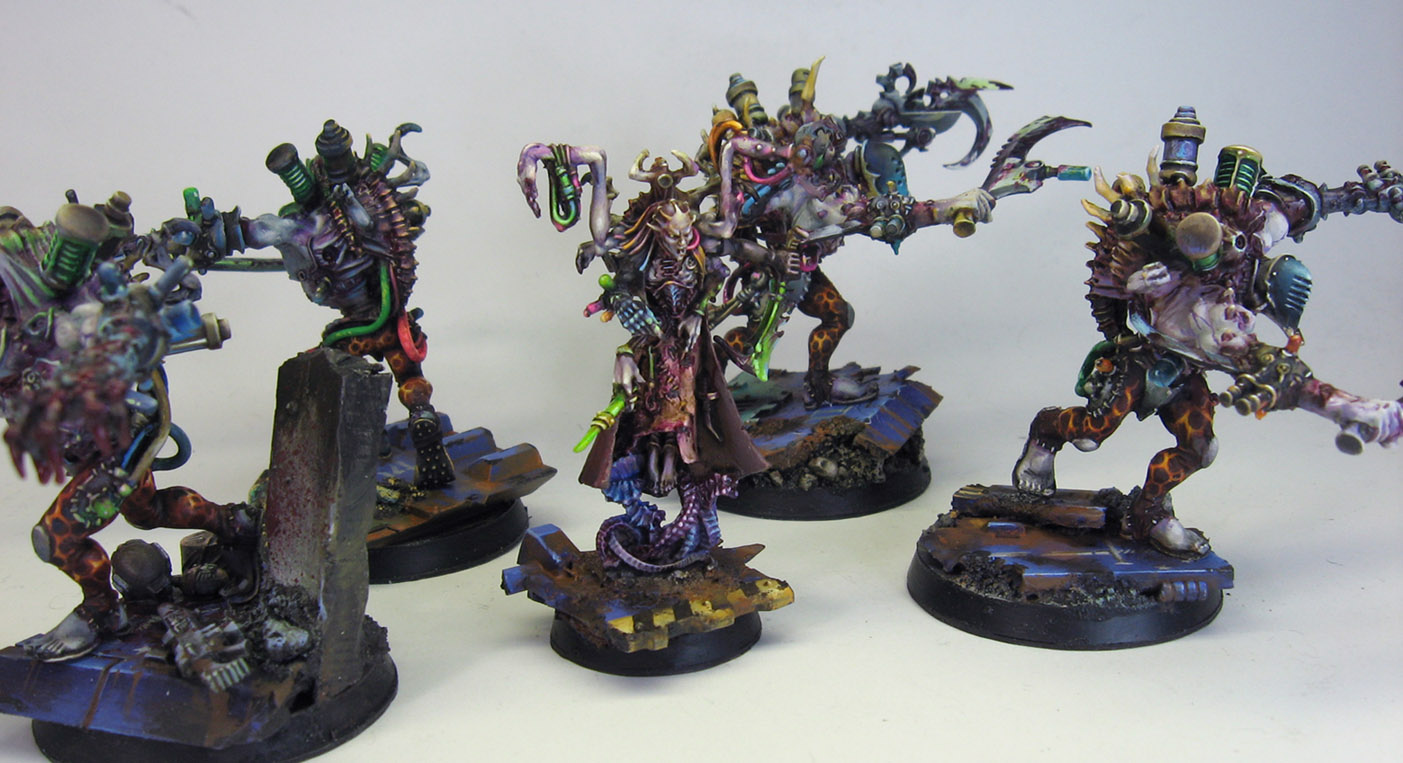 Posted by wappellious at 7:35 PM 2 comments: 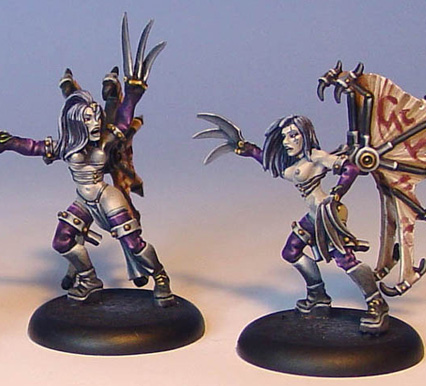 Today we have a fun unit from Dark Age Games.  This is from the Skarrd faction, and they are Harpies.

The Harpy was the first successful strain of modified creature that the Grafters ever created.  Based on Female subjects, they are modified to become terrifying shock troops for the Skarrd.

First, the fingers of each woman are removed, down to the last knuckle.  In their place are implanted razor sharp steel talons that will become their only weapons.  In addition, their backs are carved open and upon them are mounted wings... powerful but limited in function.

The collateral damage done to the nervous system, coupled with the agony of the process, turns all Harpies into raving lunatics.  However intelligent they may have been before the surgery, their minds are vastly reduced to subhuman levels, capable of only the simplest and most vicious of thoughts. 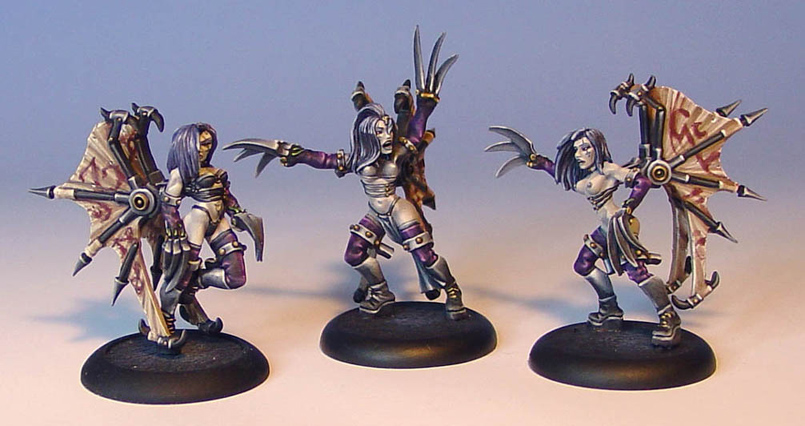 The Harpies were sculpted by Werner Klocke. 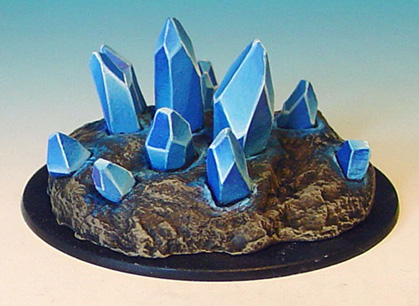 This was a fun objective marker/terrain piece that I made using sculpey.  The base is 60mm round. 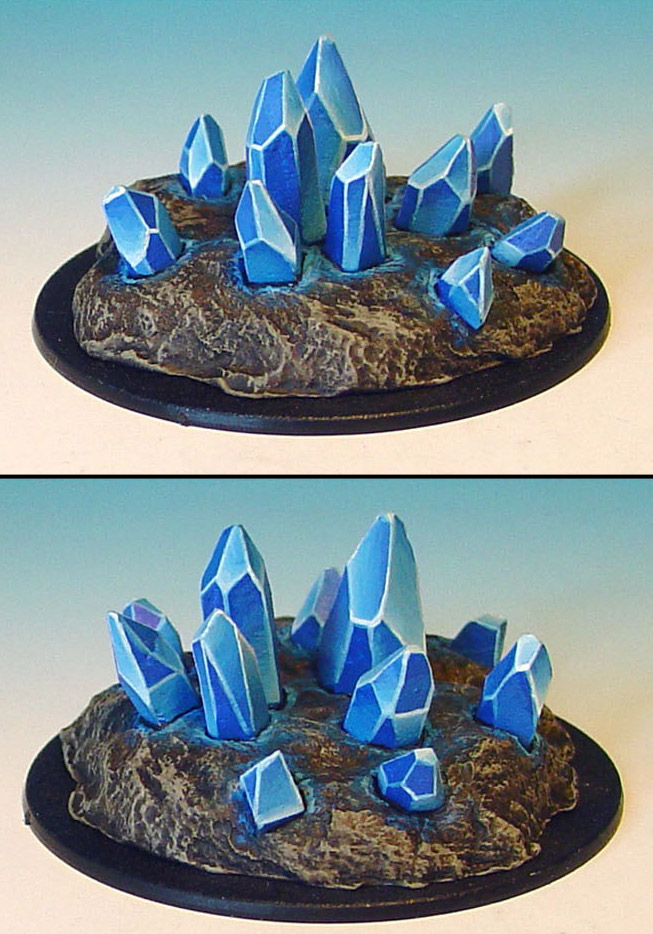 The crystals were carved from baked sculpey (using the regular white sculpey, of course!). 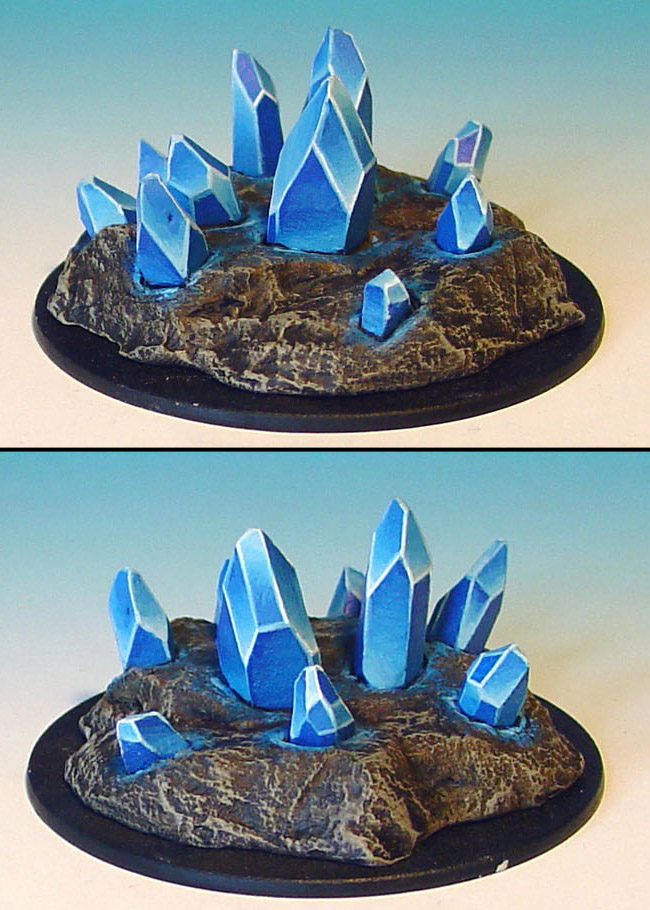 I have a previous 'how to' blog post on how to make one of these here:
http://wappellious.blogspot.com/2012/11/looking-into-crystal-ball-conclusion.html 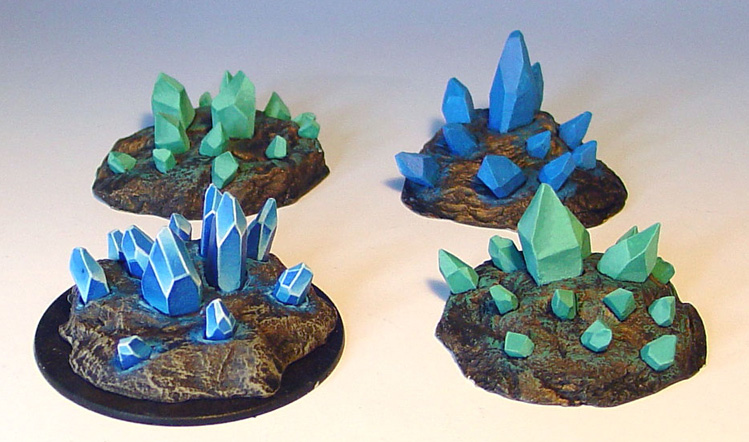 The Torn World Kickstarter has just gone live!  You can check it out here: