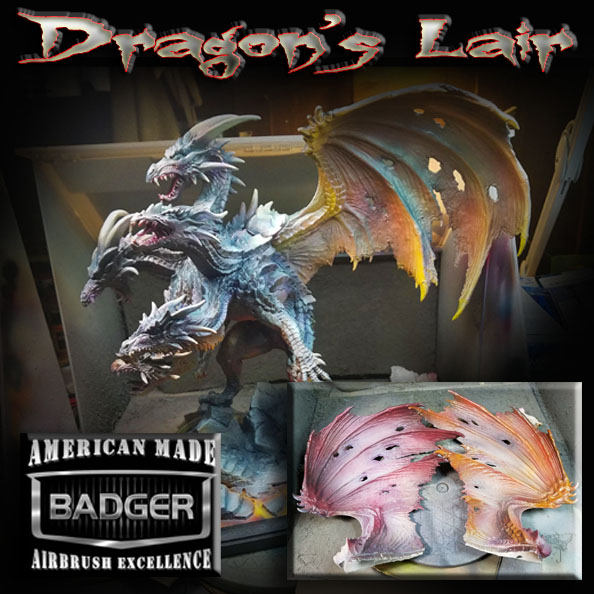 Over the last several weeks, I have been working on the big 5-headed dragon from Reaper.  It is made from BONES material of course, which thankfully makes it very rugged!

Here's a link to one of the original posts on this beast, which started at Gencon last year: 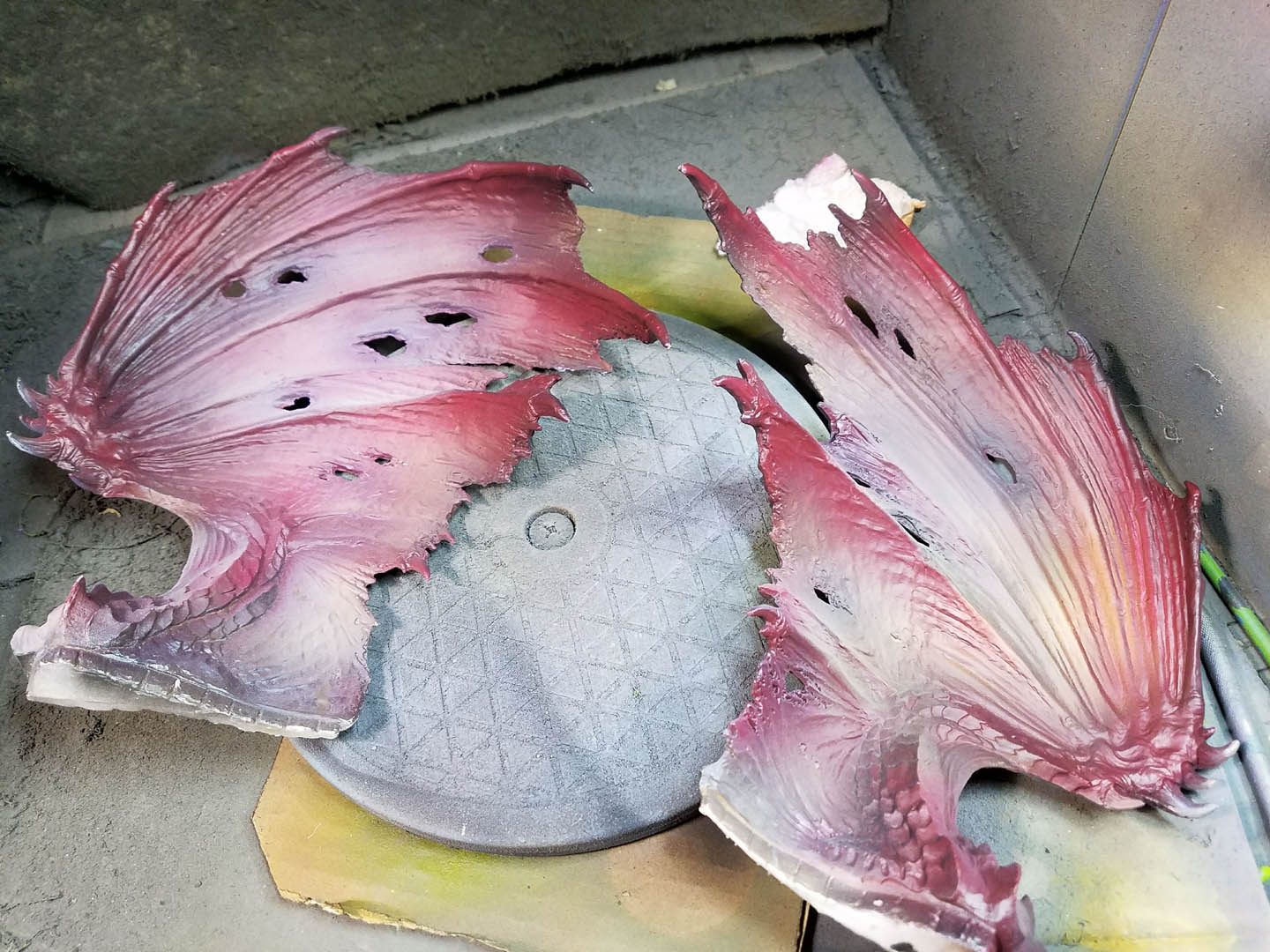 This will ultimately be finished off with oil paints, but I wanted to experiment with doing some follow up painting with the airbrush first.  Once I decided to do a lava style base, it meant that I could do a bit of light reflection on the wings! 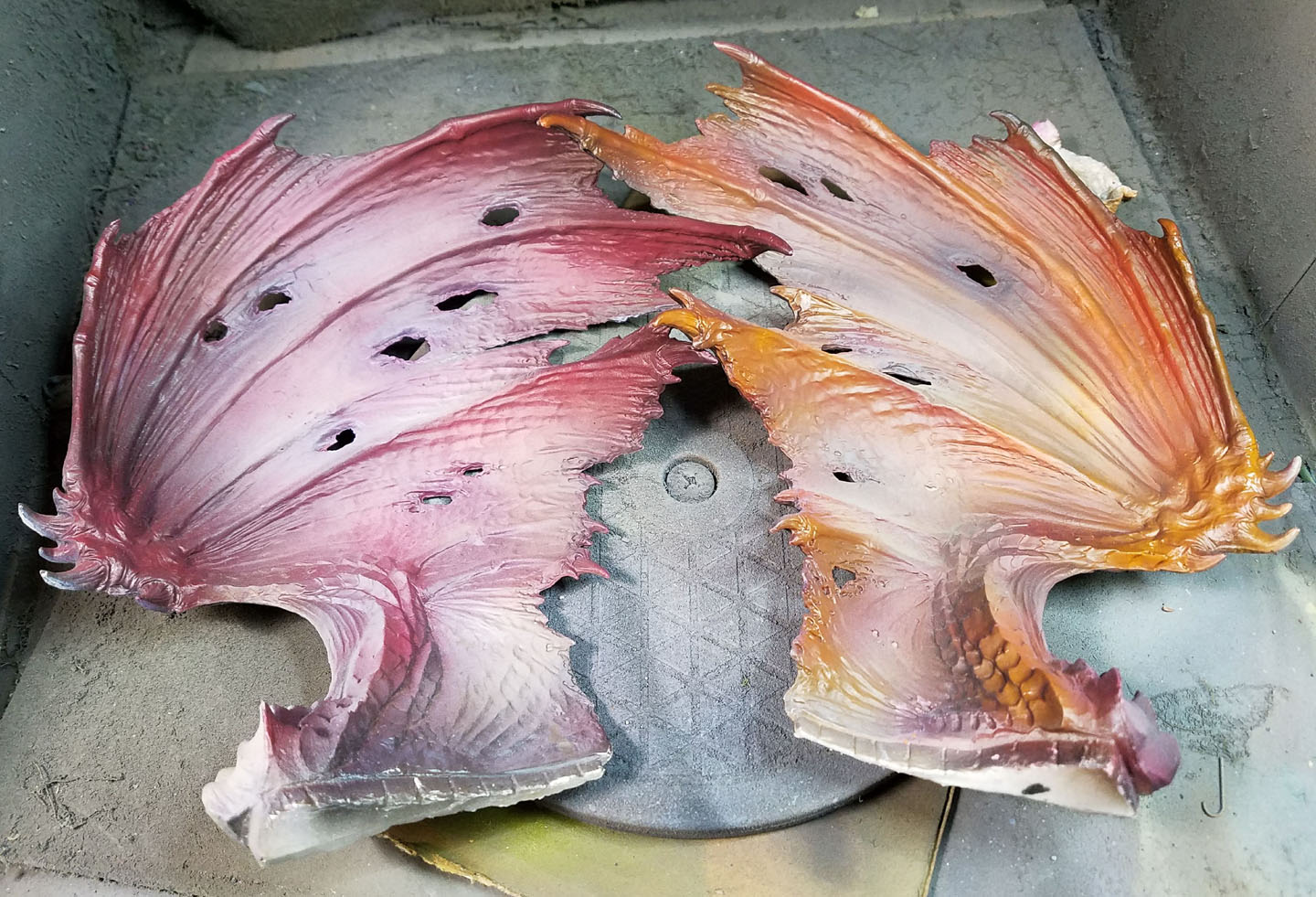 On the flip side, I added more greens and dark blues, so that the orange tones would have even more contrast. 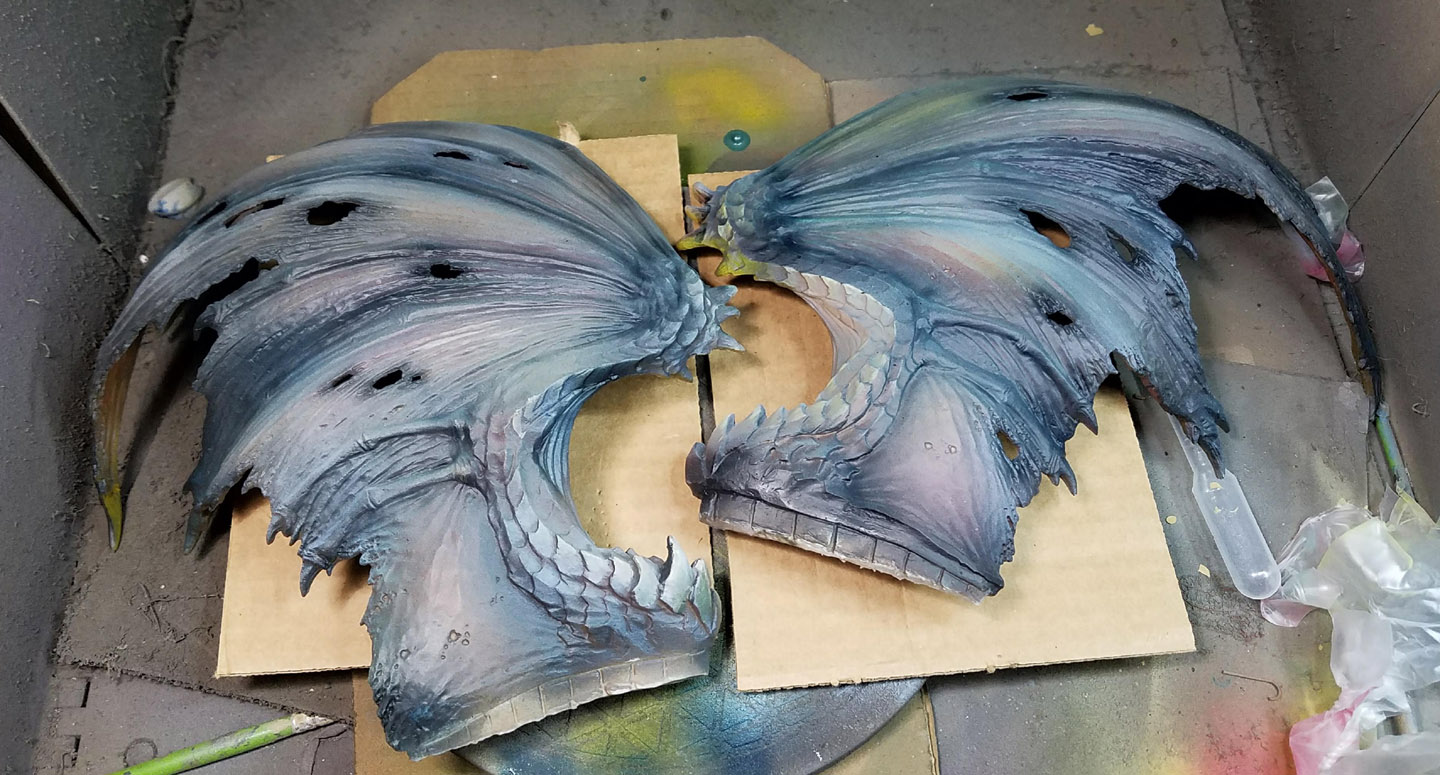 The same was done with the dragon body itself.  You can see a bit of the base too, which was made with chunks of pink foam carved and textured to match the original stones. 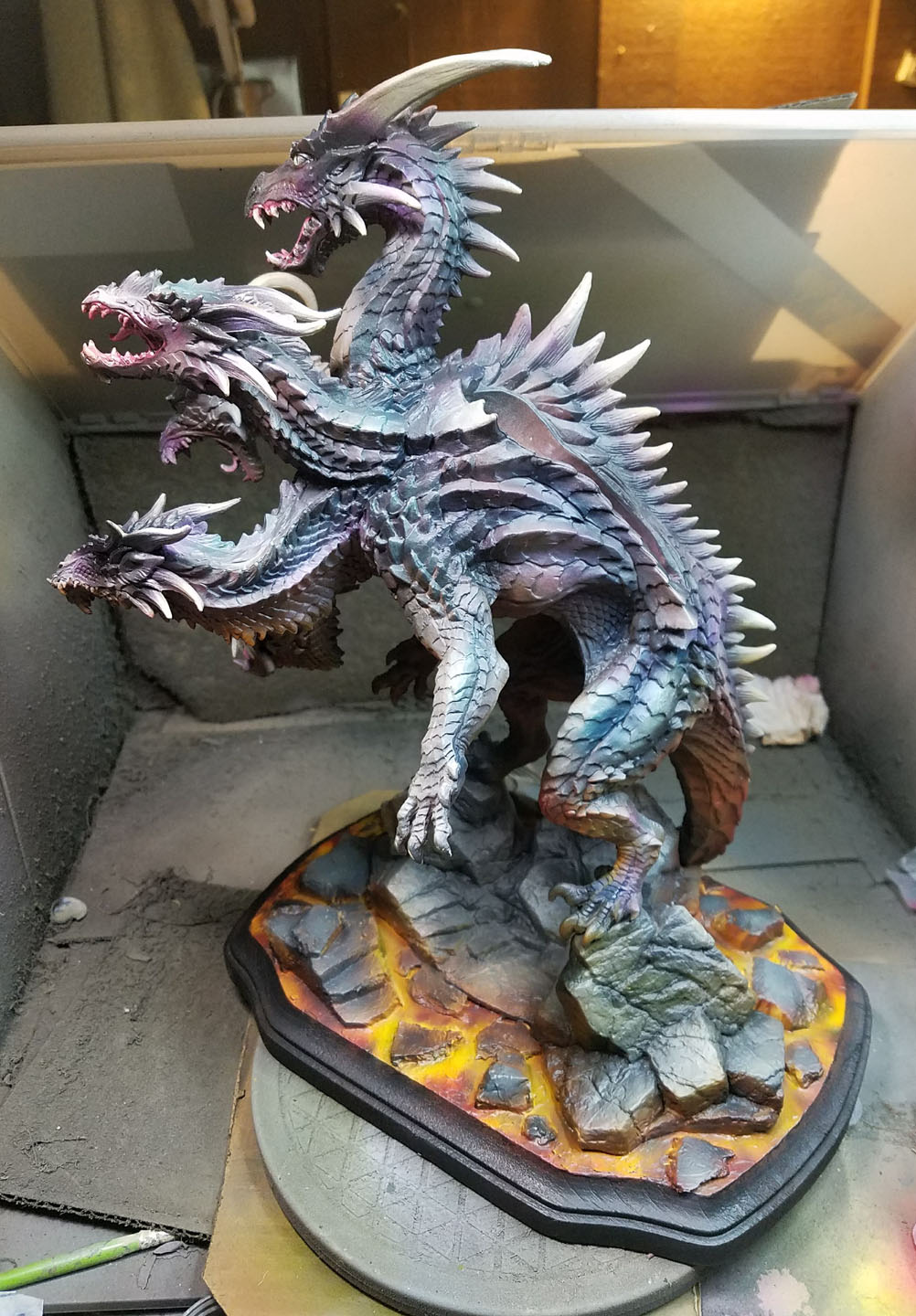 I don't have any fluorescent airbrush paints at the moment, but I know that I can do some very intense colors with the oils.  Again, the idea here was to indicate where I wanted some of these lighter areas to be, and get a sense of "how much is too much" etc.

This had been toned down quite a bit since by those subsequent layers of oils. 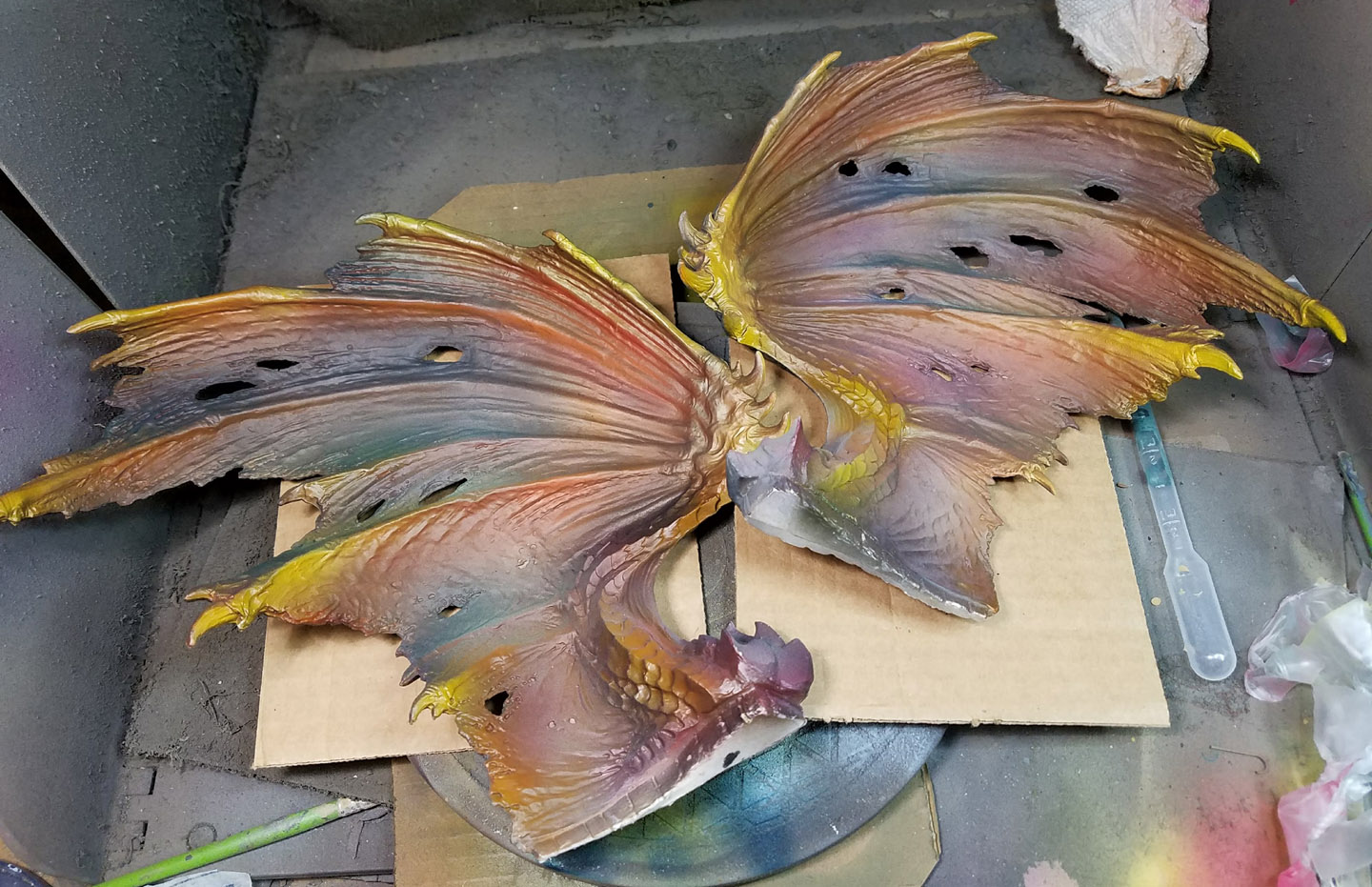 I stuck in the wings to get a quick peek at what they looked like on the body, which led to more course corrections prior to working with those oil paints.  I tried to film a few sessions where I did that oil painting, and I will try to get those edited and posted as soon as I can to the YouTube channel! 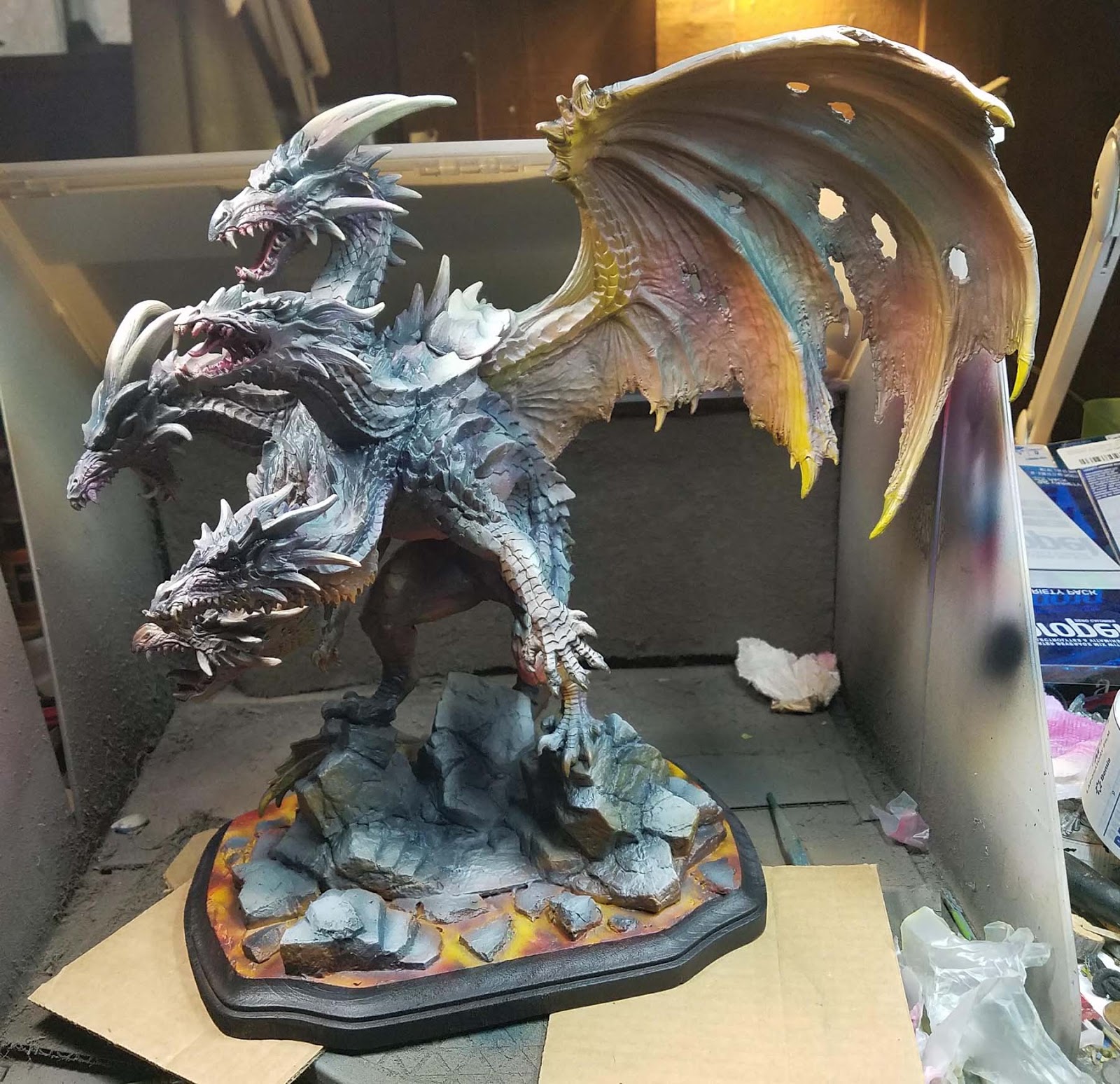 Posted by wappellious at 4:35 PM 2 comments: