Cruel Seas: All ahead full 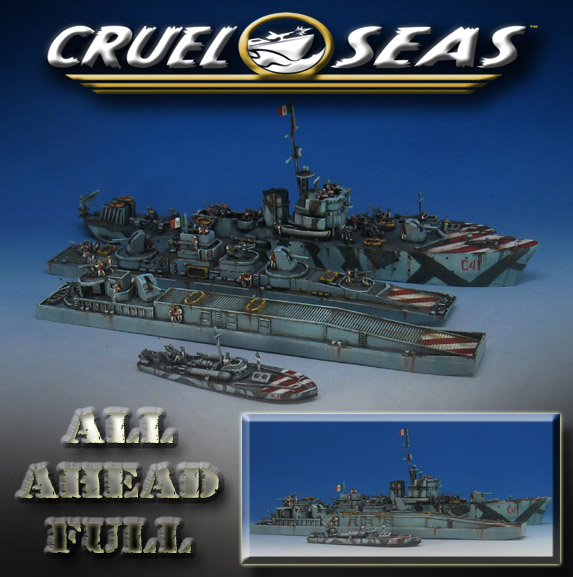 As I get the next few fleets ready for painting, I thought I would show some images of the Regia Marina from Cruel Seas!  This has been a lot of fun, since painting 1/300 scale ships is something I have wanted to do for a very long time.

I recently published a tutorial on the Gabbiano Class corvette of the Italian navy, and here's the link: https://youtu.be/gEnCenN6fjA 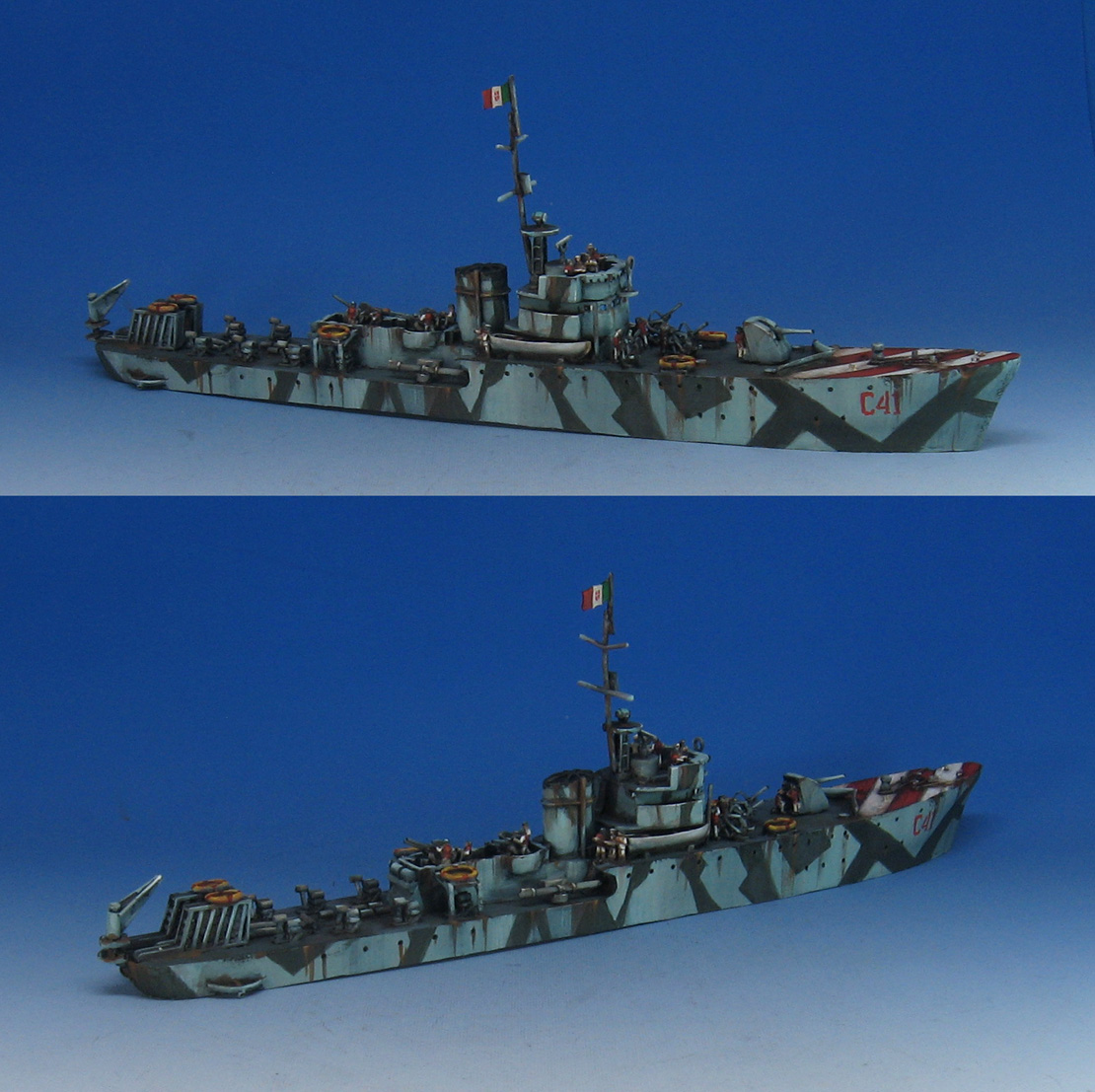 Painting the Dazzle camo and the weathering is a blast! 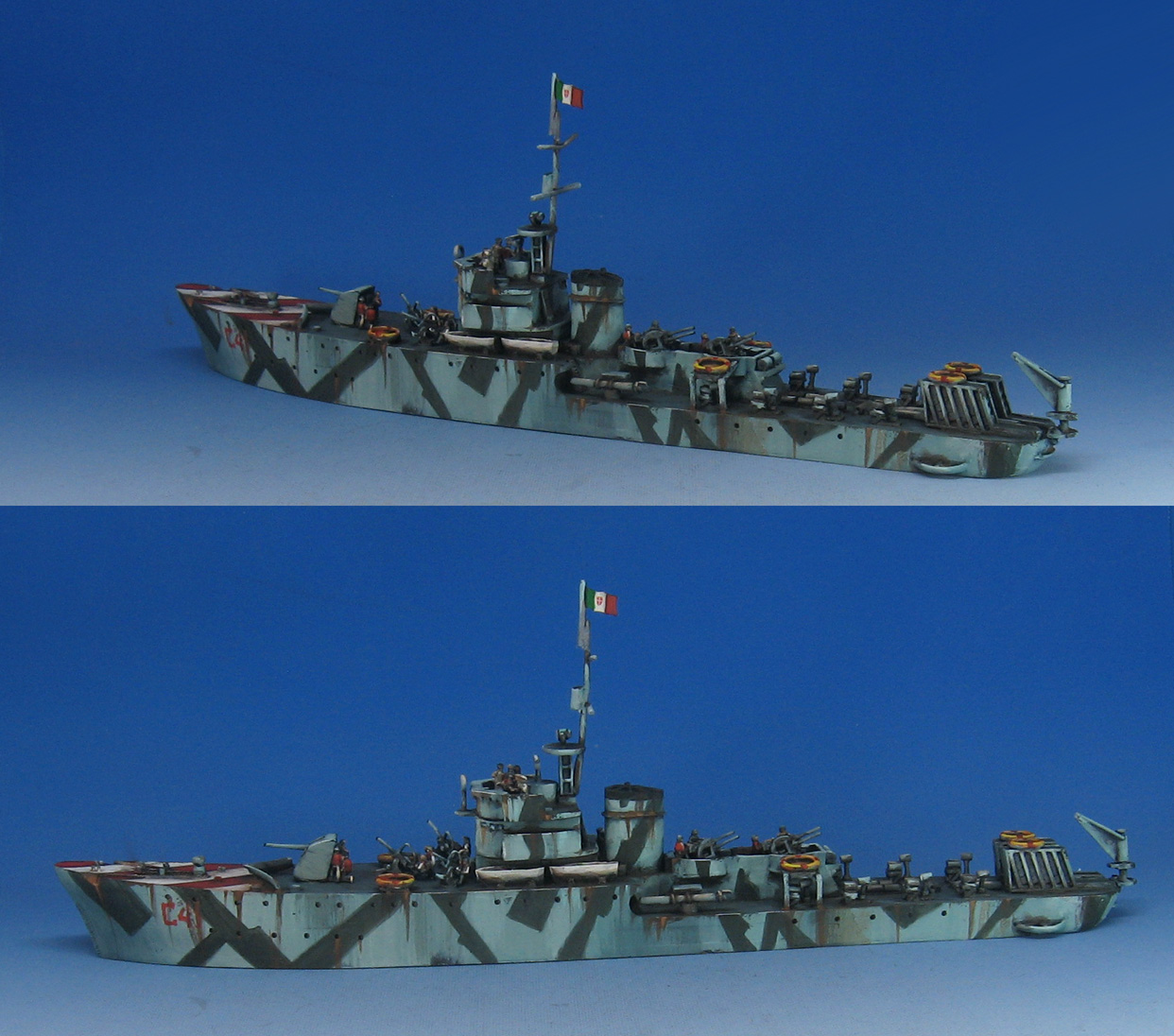 I just had to begin with the Italian fleet, because the Air Recognition markings are so much fun. 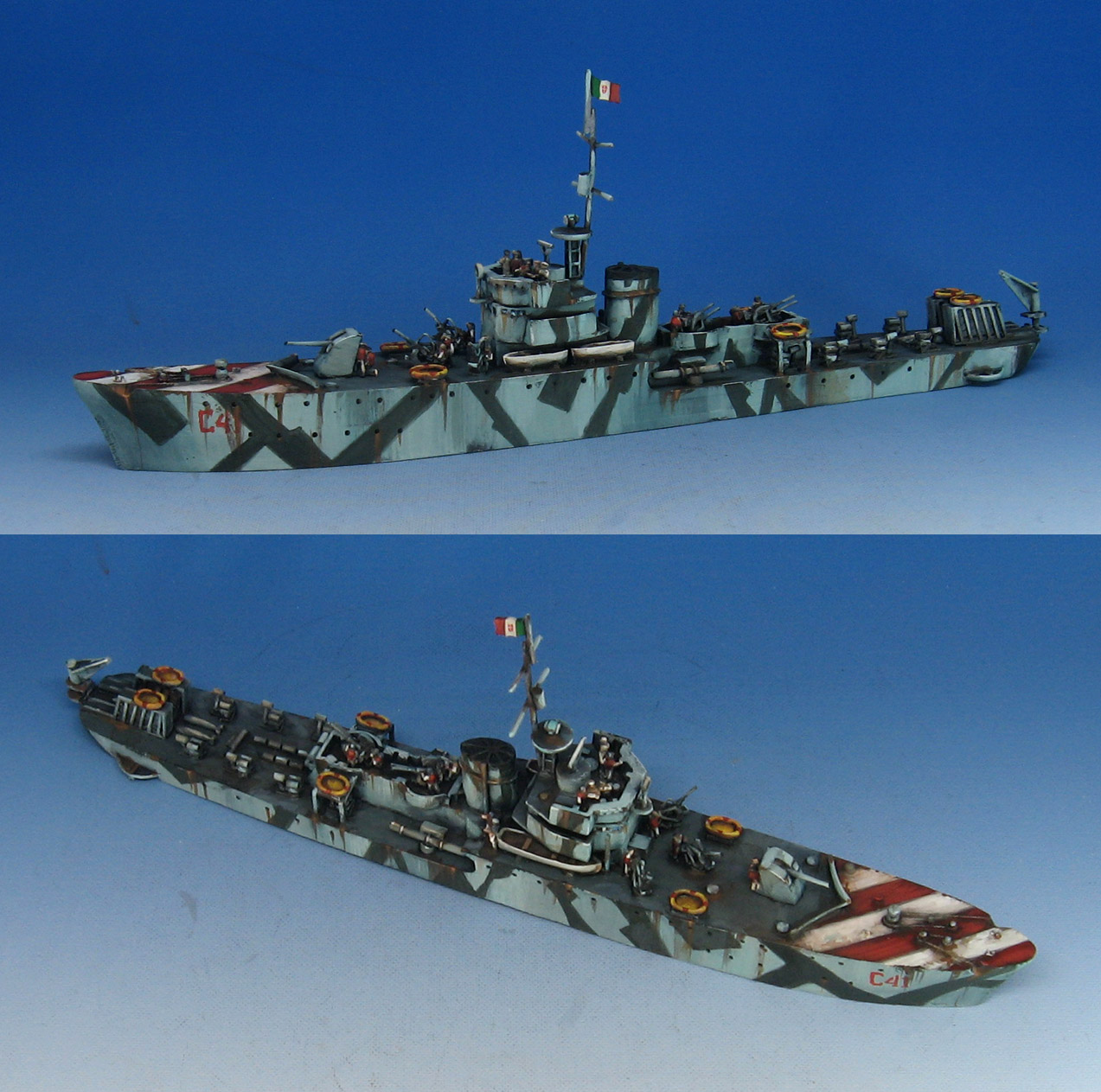 Here's some more of the fleet, much of which was painted at Little Wars in April. 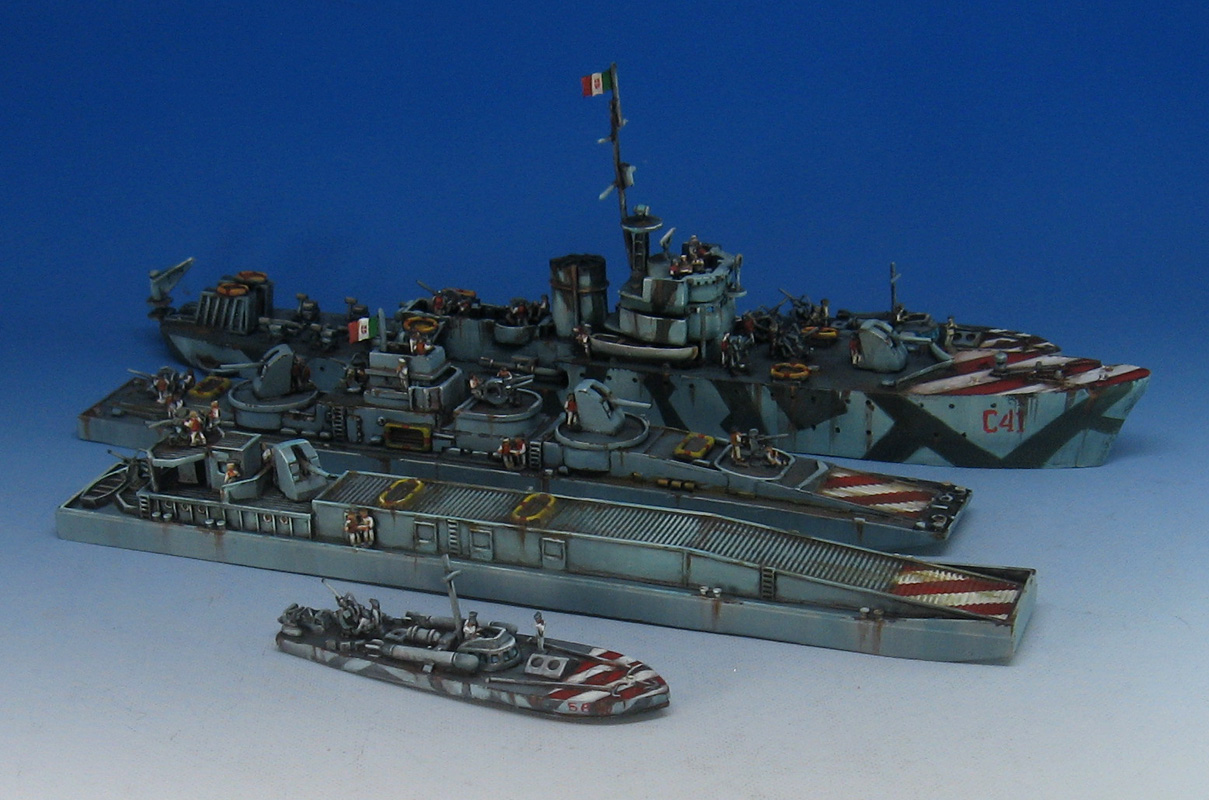 I will be doing more tutorials on all the other fleets, as well as terrain demos and battle reports!

Each fleet has a very different look and personality to it, so I look forward to painting all of them.  The Kreigsmarine is being prepped right now... 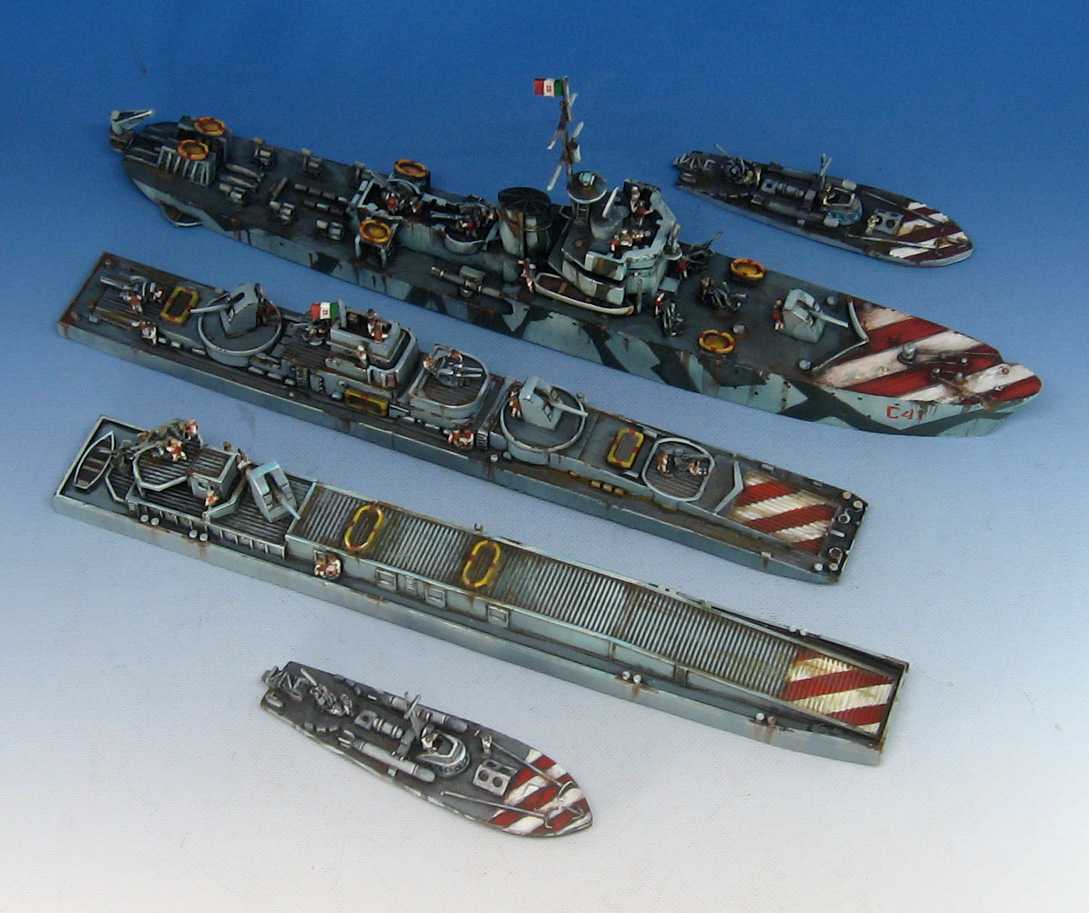 I will also be doing some patron only videos, such as my series on the Winter Soviets.  That was part of my Army Painting pledge level, where I take on an entire unit, and show the complete process from basing to the final details of painting!  You can find that here: www.patreon.com/JamesWappel 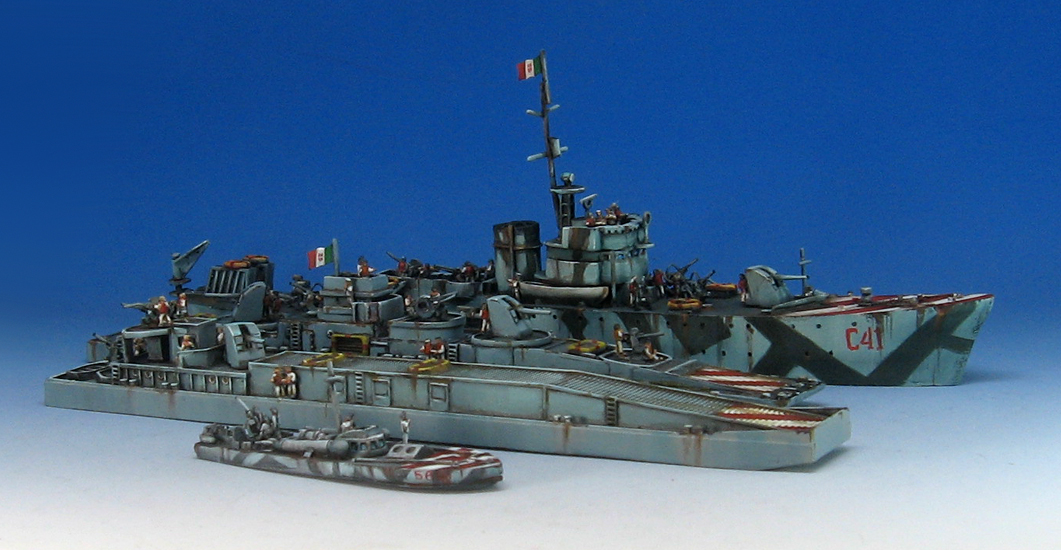 Posted by wappellious at 2:55 PM 4 comments: