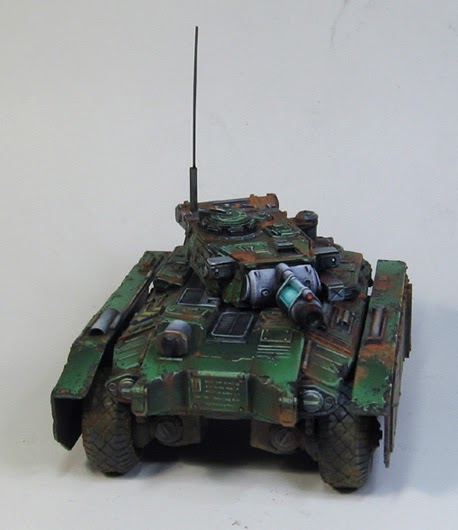 Well, it is always good to have plenty of options!  Secret Weapon provides that with their RAV 6 x 6 vehicle.  There are a ton of weapon options, right down to the hull mounted Heavy Bolter or Flamer.

Here is a plasma cannon option, in case you might want to use it as a Leman Russ... 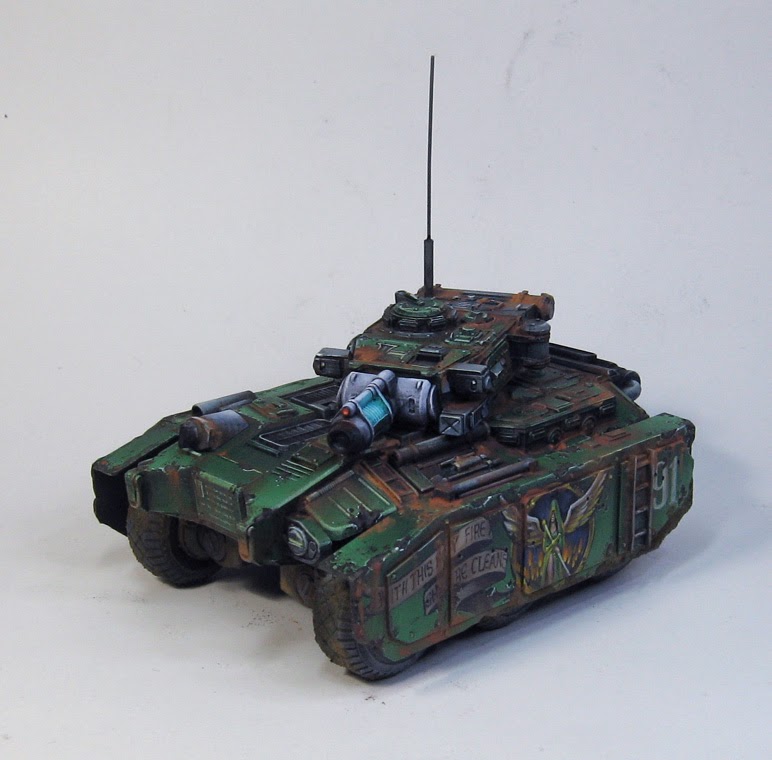 I will also be creating some side sponsons to go on these armor skirts to complete the Leman Russ possibilities. 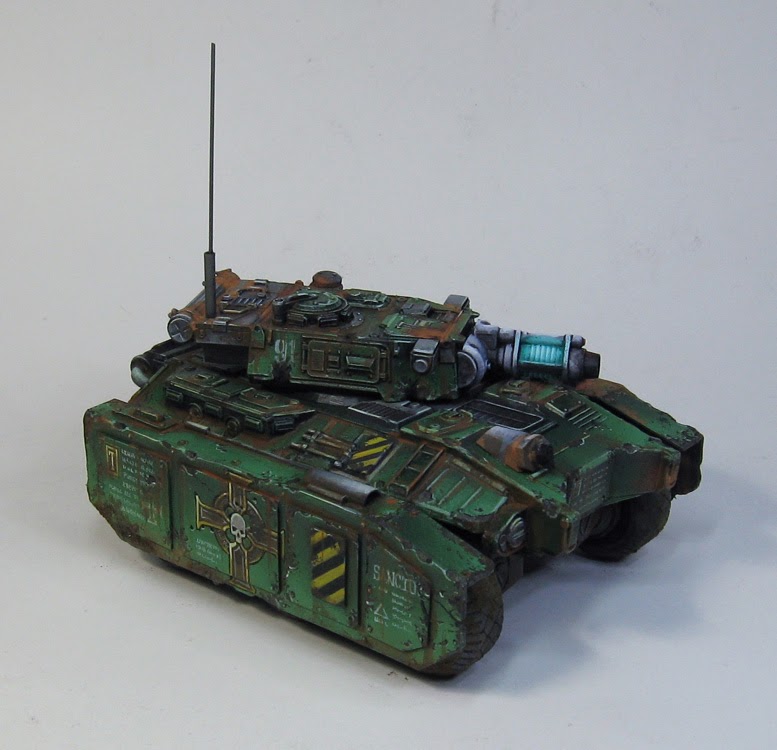 As you look through the images of the next few galleries, you will see just how many there are, and how easy it is to interchange them. 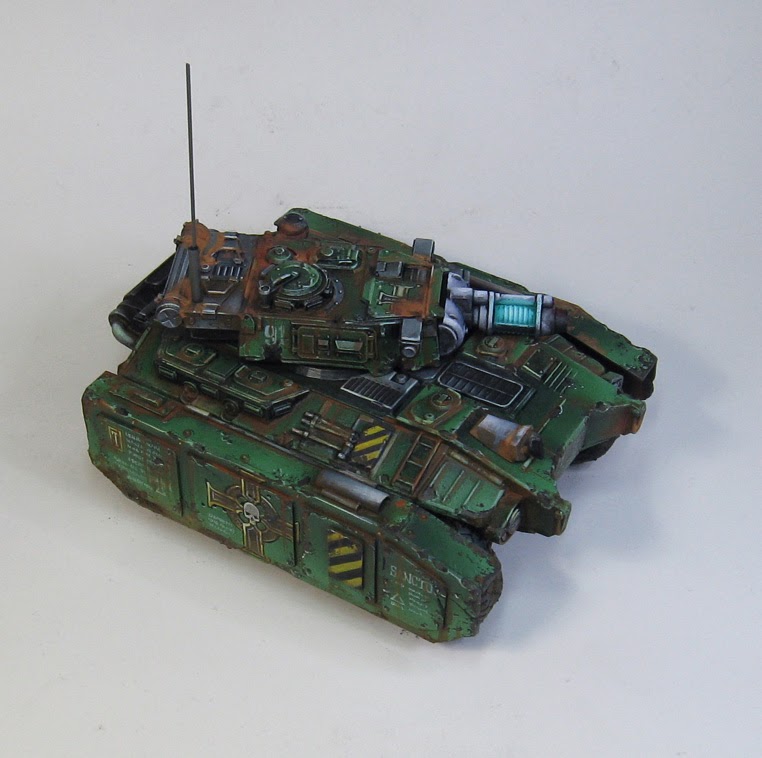 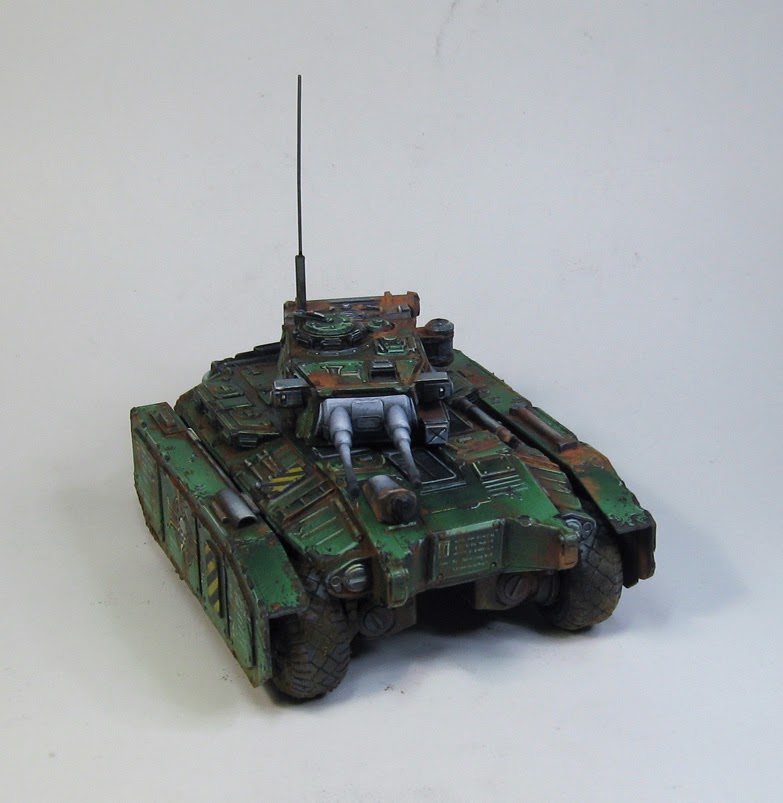 Each weapon is distinct from the other, and it makes it pretty easy to tell what is what... 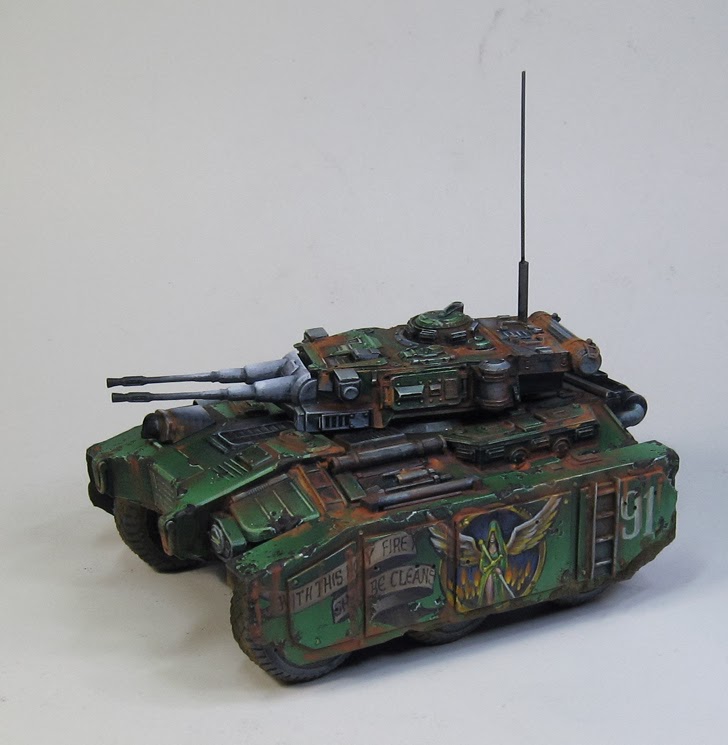 More pictures on the way! 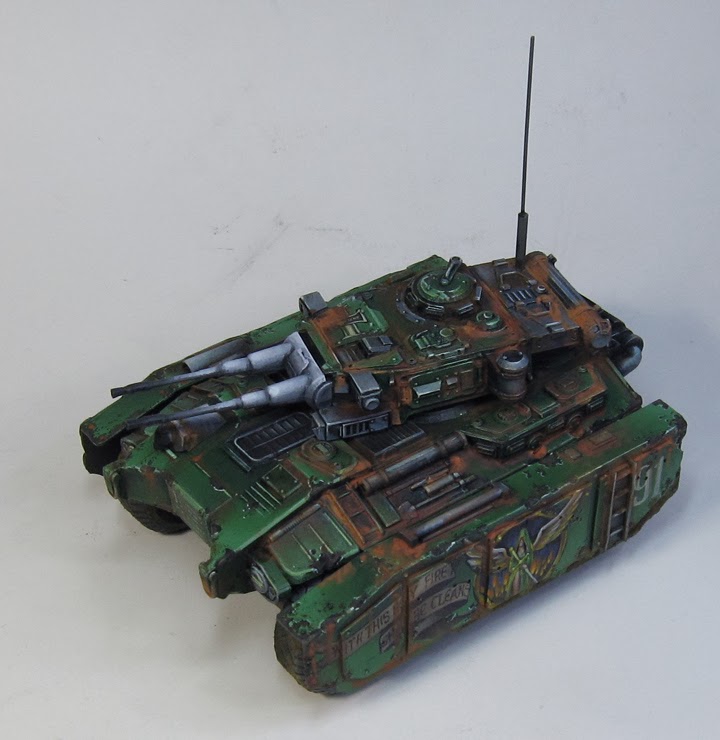 Posted by wappellious at 12:10 PM No comments:

When the lights go out... again. 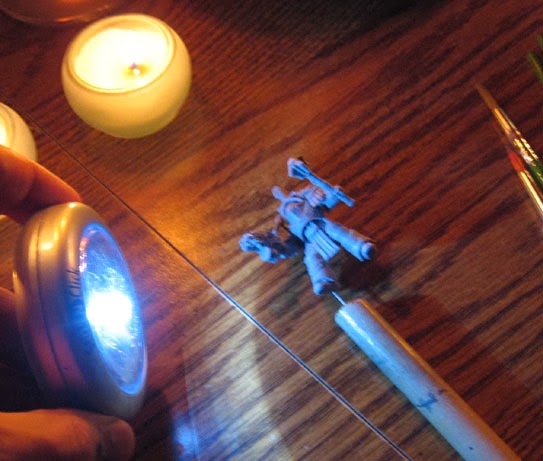 Well, the last thing I was expecting tonight was a neighborhood wide power outage.  It certainly messed up the work plans for the evening.

It did play out the very scenario that made me use laptops for the rendering instead of tower units, that's for sure.  At least I had enough time on the batteries to turn everything off!  So much for rendering.

Of course, any painting that required magnifier lights was a no go as well.  That meant creaking out the trusty candles yet again.  There is even another post on the blog here showing me painting by candle light...

I had a few terminators to prime, some bases to finish, and a few other ones that got some layers of yellow. 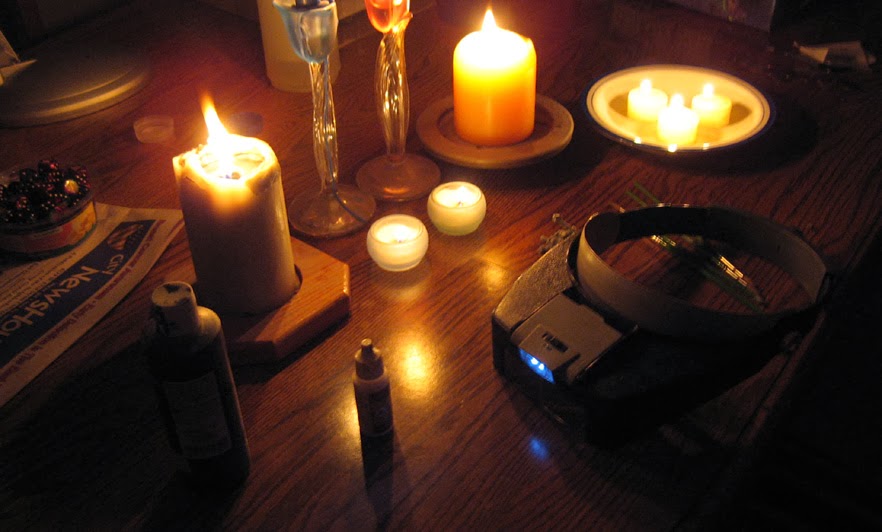 The light on the magnifier head gear was finally useful!  I had been very disappointed with it when I tried to use it for the videos.  But, when it's this dark, it really helped.

I have to say, it got nice and toasty in this little set up.  That was not so bad, since the heater wasn't going to be on either.  However, I had to keep the resin far away! 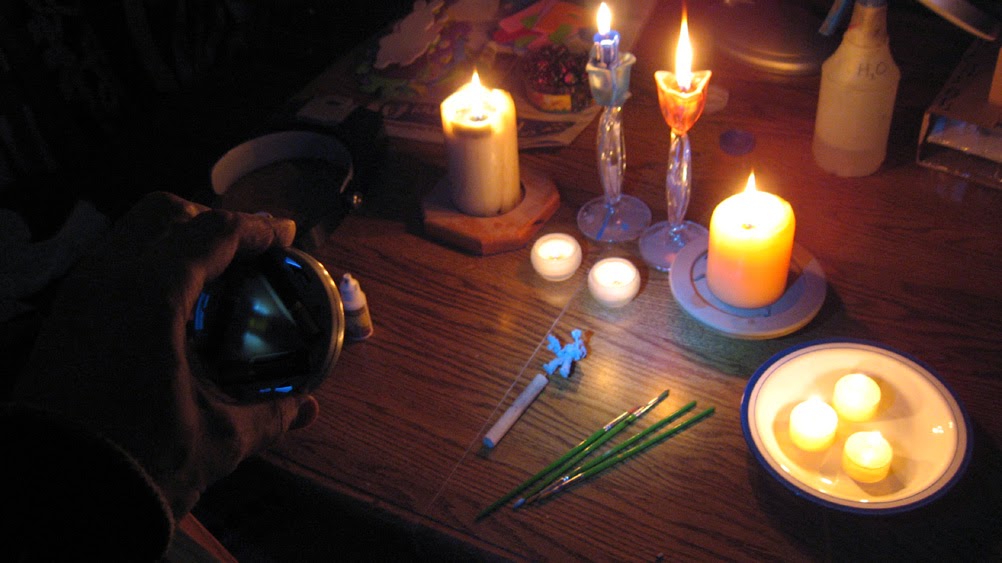 And, just in case there were looters...

I also tried to wash off some Zombies.  At least the water would be nearby to put out the inferno caused by the candles! 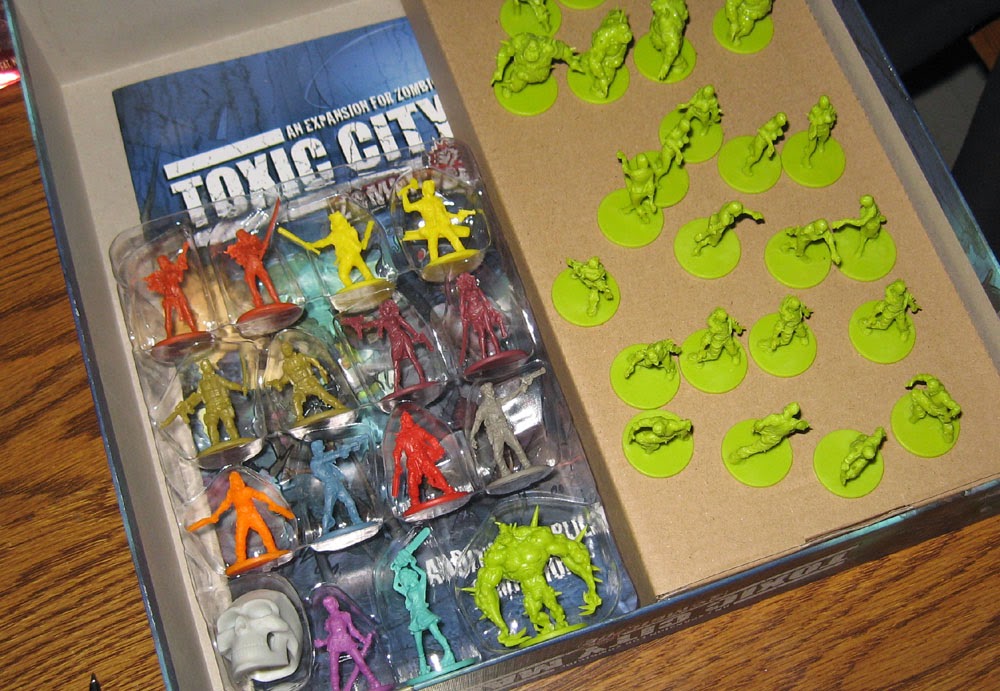 Posted by wappellious at 12:18 AM No comments: