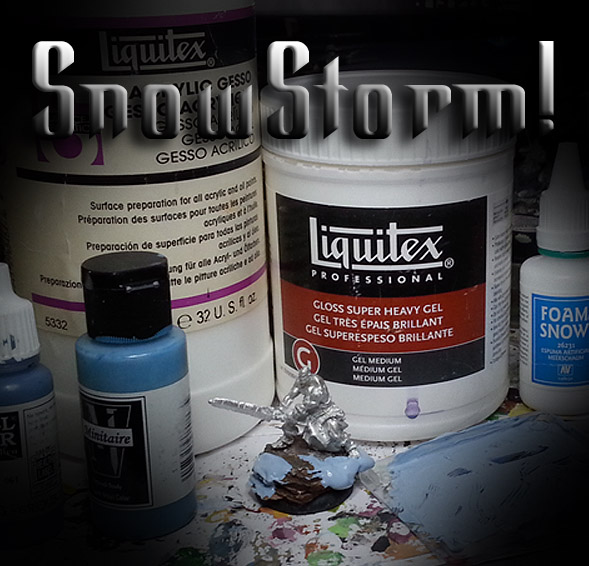 For a while, you have been seeing the vast horde of snow base figures.  Nearly all of those have been on pre made bases, in order to match figures that were painted previously by someone else.

However, this latest batch of figures had a footprint that required large, wider bases.  This time around, I would need to make them myself... to the tune of several dozen.

I was already making a bunch of bark and branch bases for Wild West Exodus figures, so I knew I could maximize the effort by including these as well.

The rock texture of the previous bases matched the bark, so I knew this would work, customizing each base to fit the footprint of each mini.  They were made in the usual fashion, and there are a lot of articles on how to make the bark and branch bases in this section of the blog :-)

The more difficult part would be creating the same kind of snow effect from the original bases, doing that quickly and effectively!

I grabbed a variety of materials, all of which I hoped would create nice mounds of snow on all these bark bases.

Each of them on their own would not have enough 'body' to hold up, or would not create the 'pillow' effect that I also needed.  The Liquitex gel is supposed to provide the body, but the various gessos will make it more fluffly, with no sharp edges or brush marks.

The paint is going to be mixed in to pre-prime the surface. 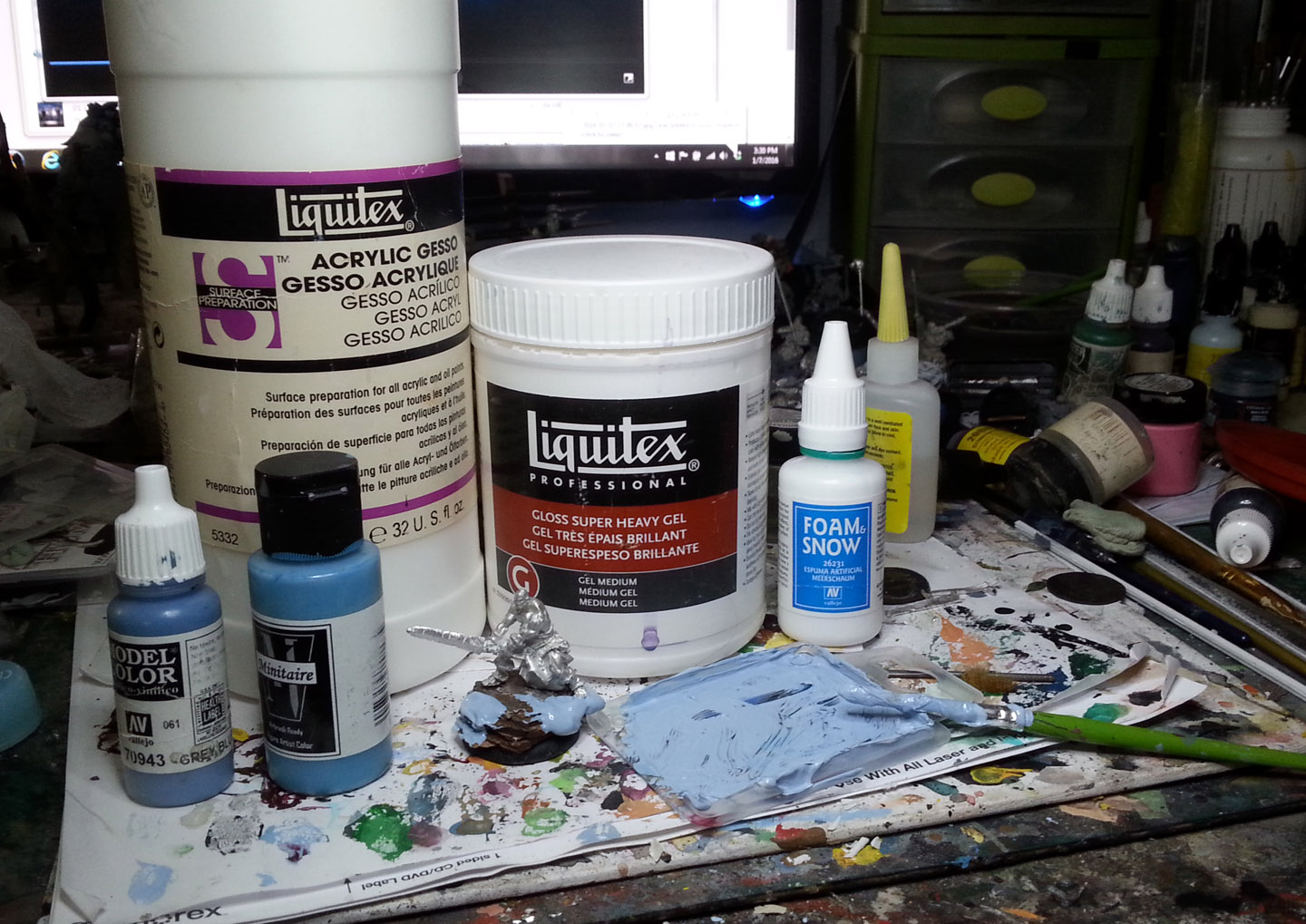 Which leads to a very interesting blueberry sundae!  It looks crazy, but it just might work... 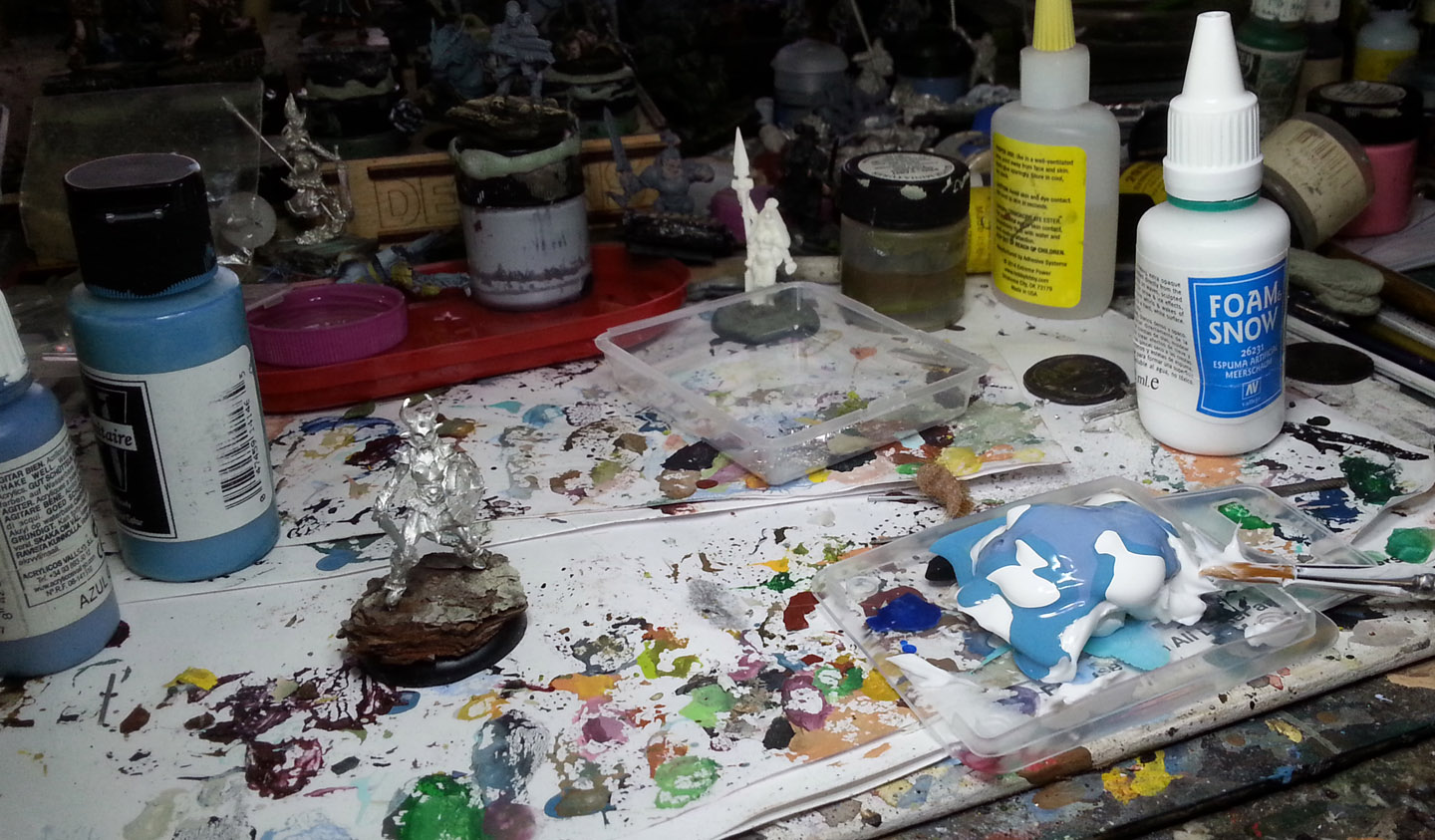 All mixed, and ready to go.  I was really happy with the consistency, and it was coming off the brush exactly as I had hoped. 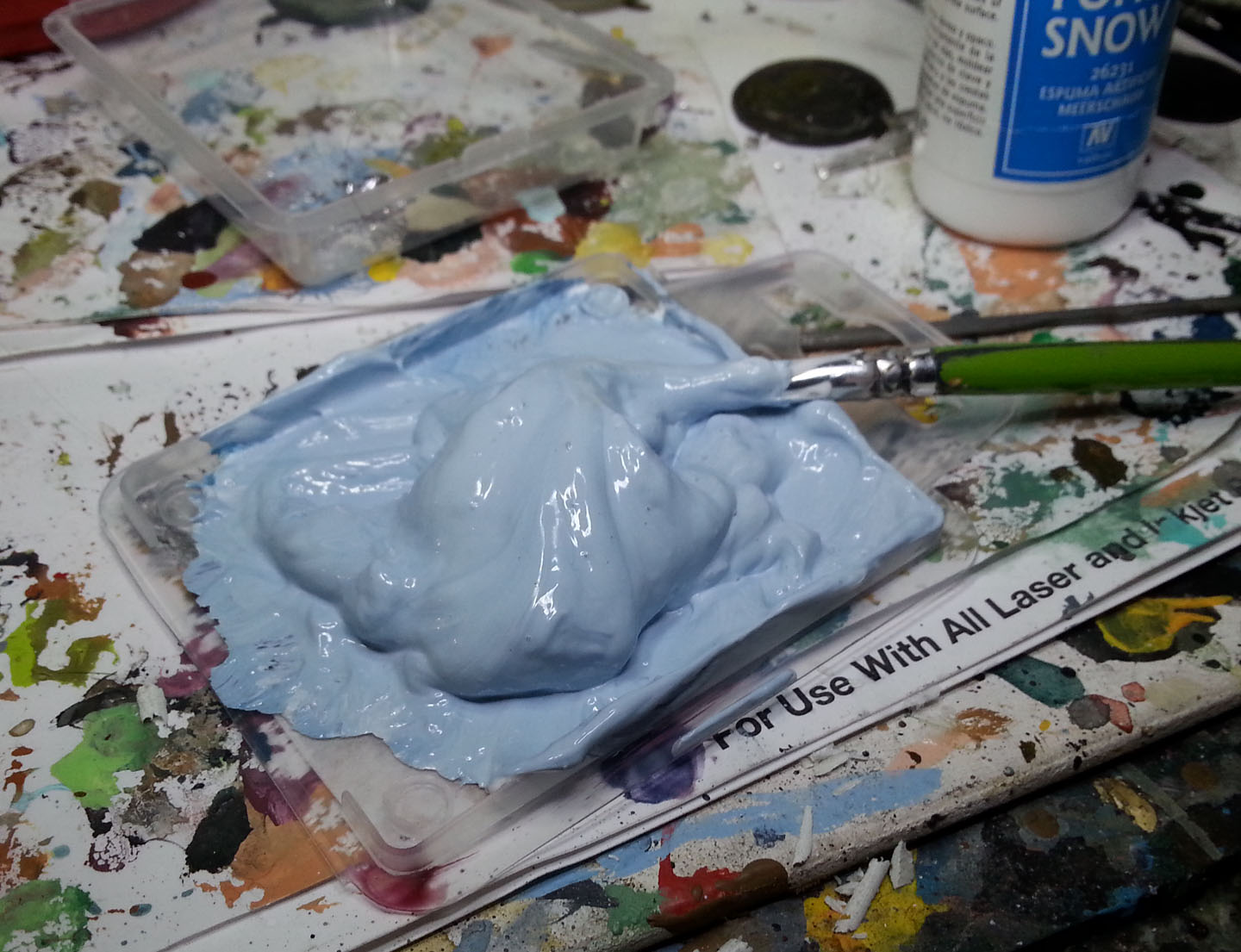 It turned out to be even easier to use than I could have imagined!  You can see by the big pile how it was holding up very nice, but it also had the 'pillow' effect. 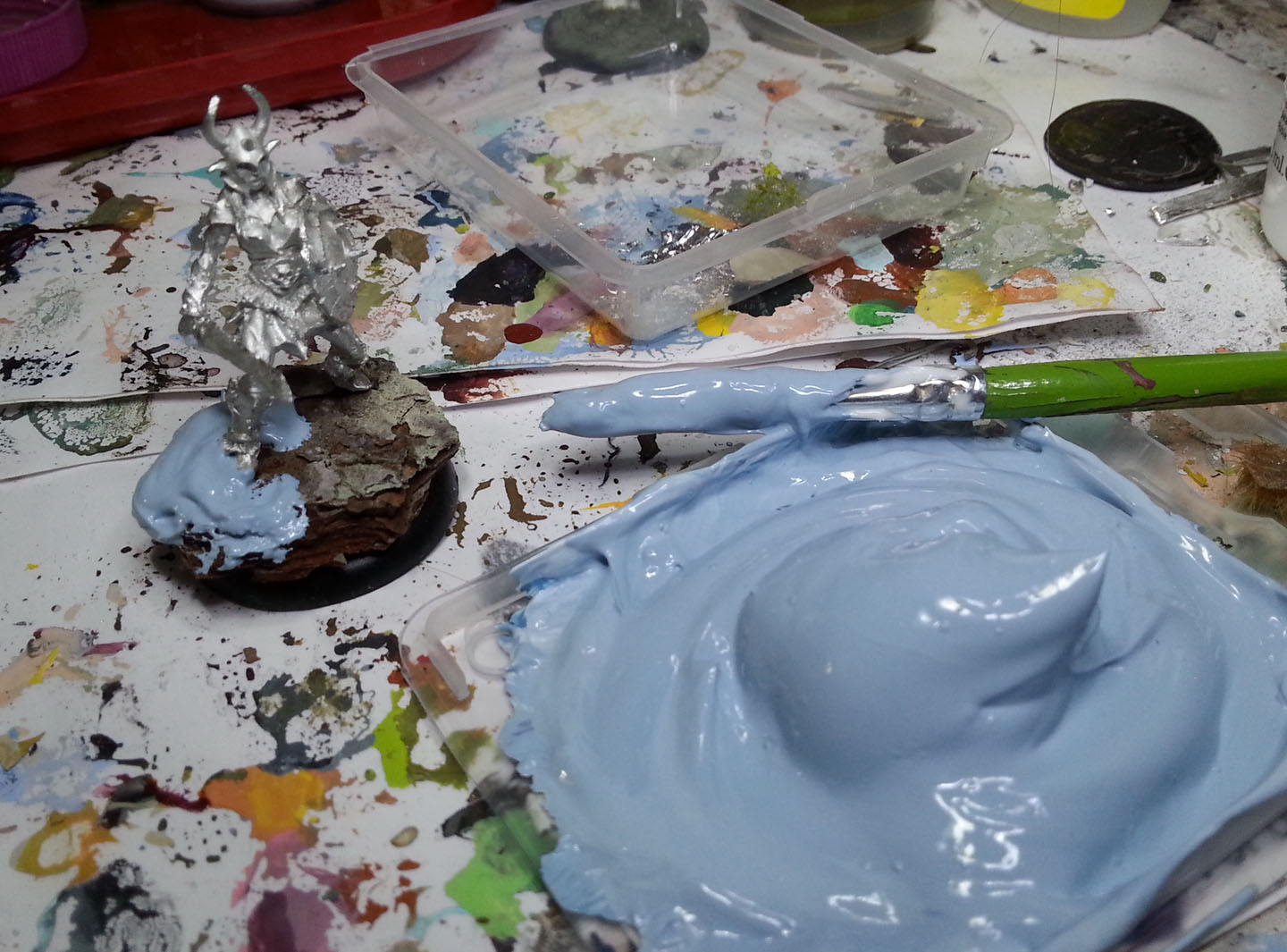 There were certain ways that I had to hold the brush, usually at a steep angle to the base... using the side of the brush more than the tip. 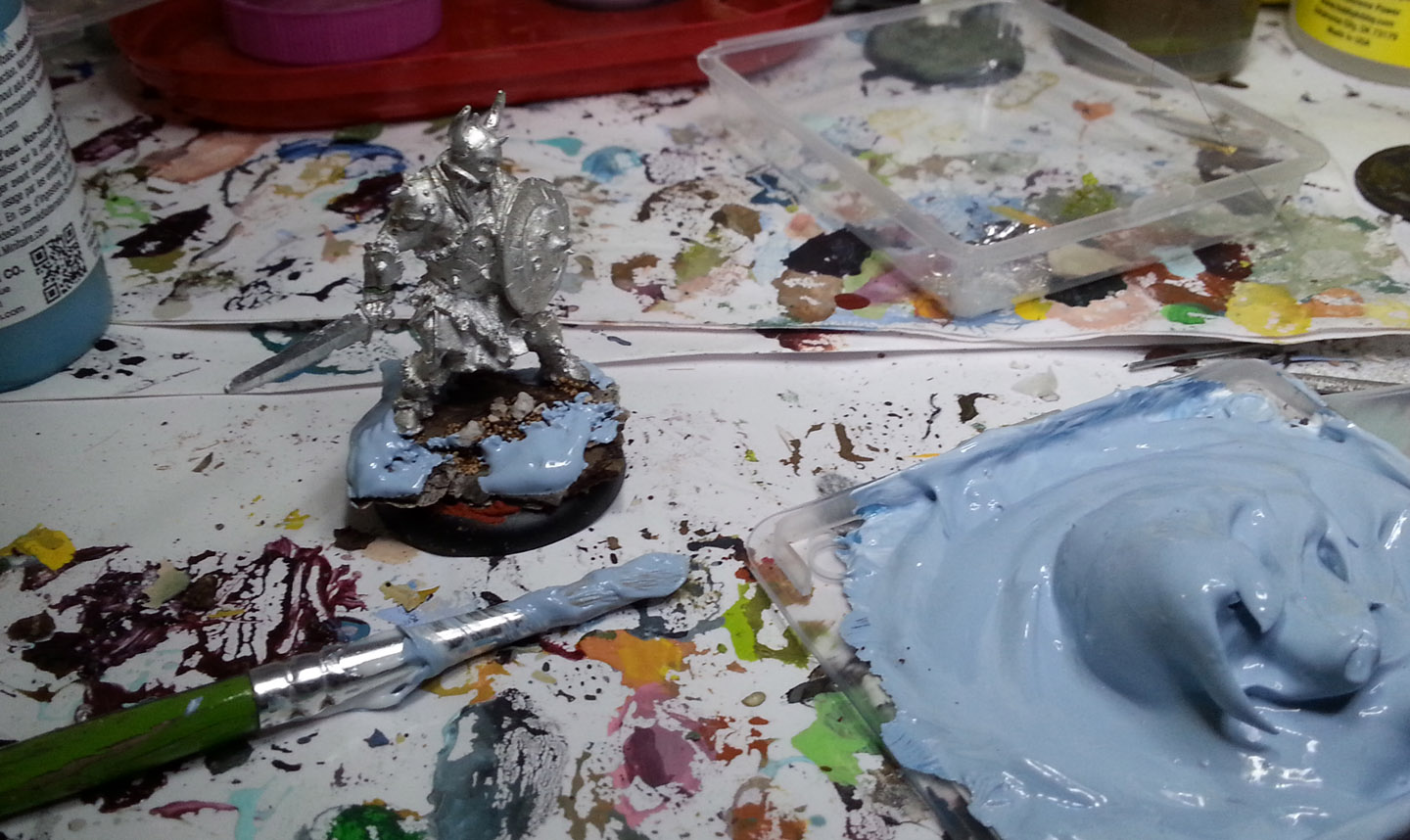 I was able to get a few of the bark 'layers' covered by piles of pillowy snow! 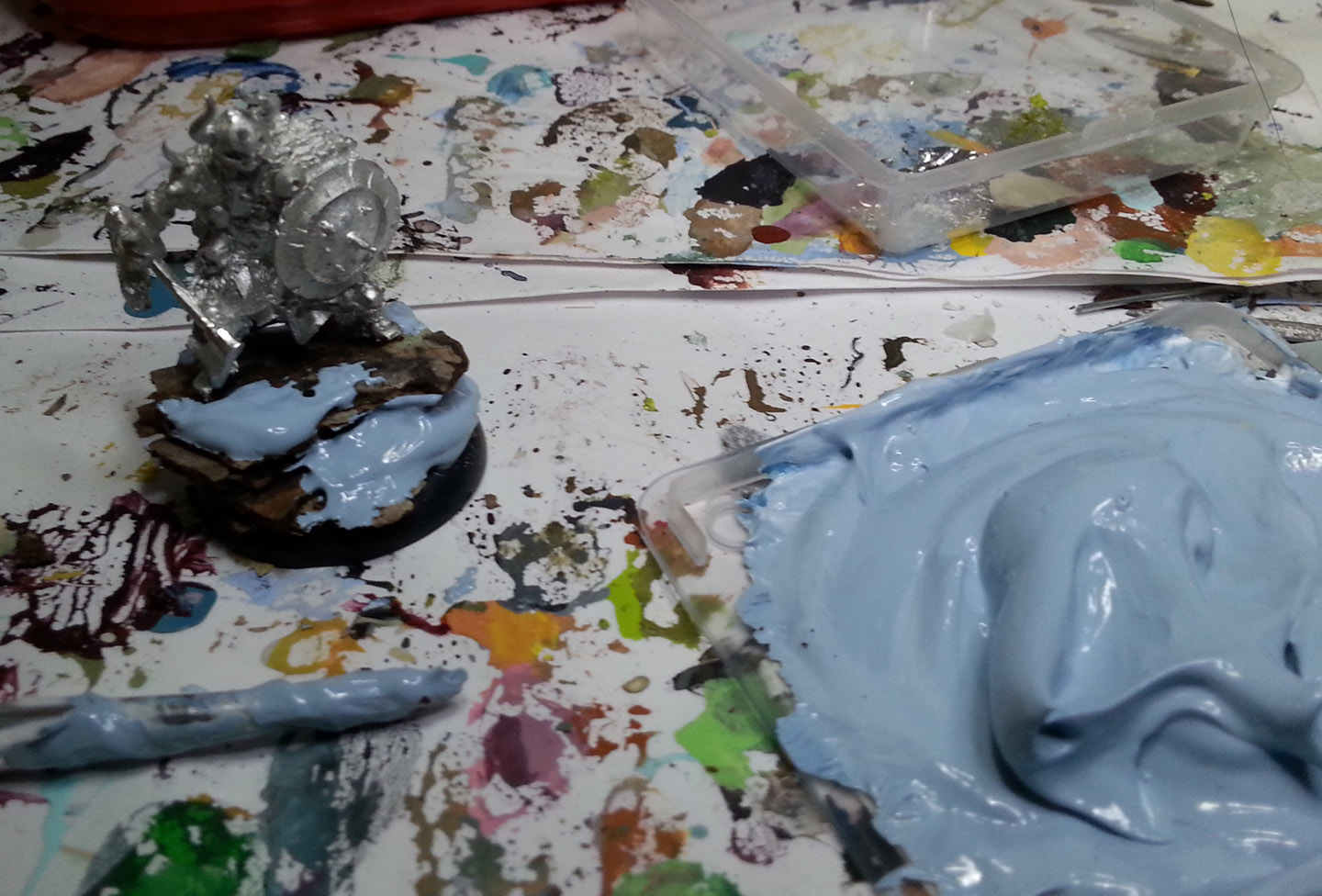 If I made a bigger pile and put it near the edge, I could get a nice fall off effect with just a single stroke of the brush! 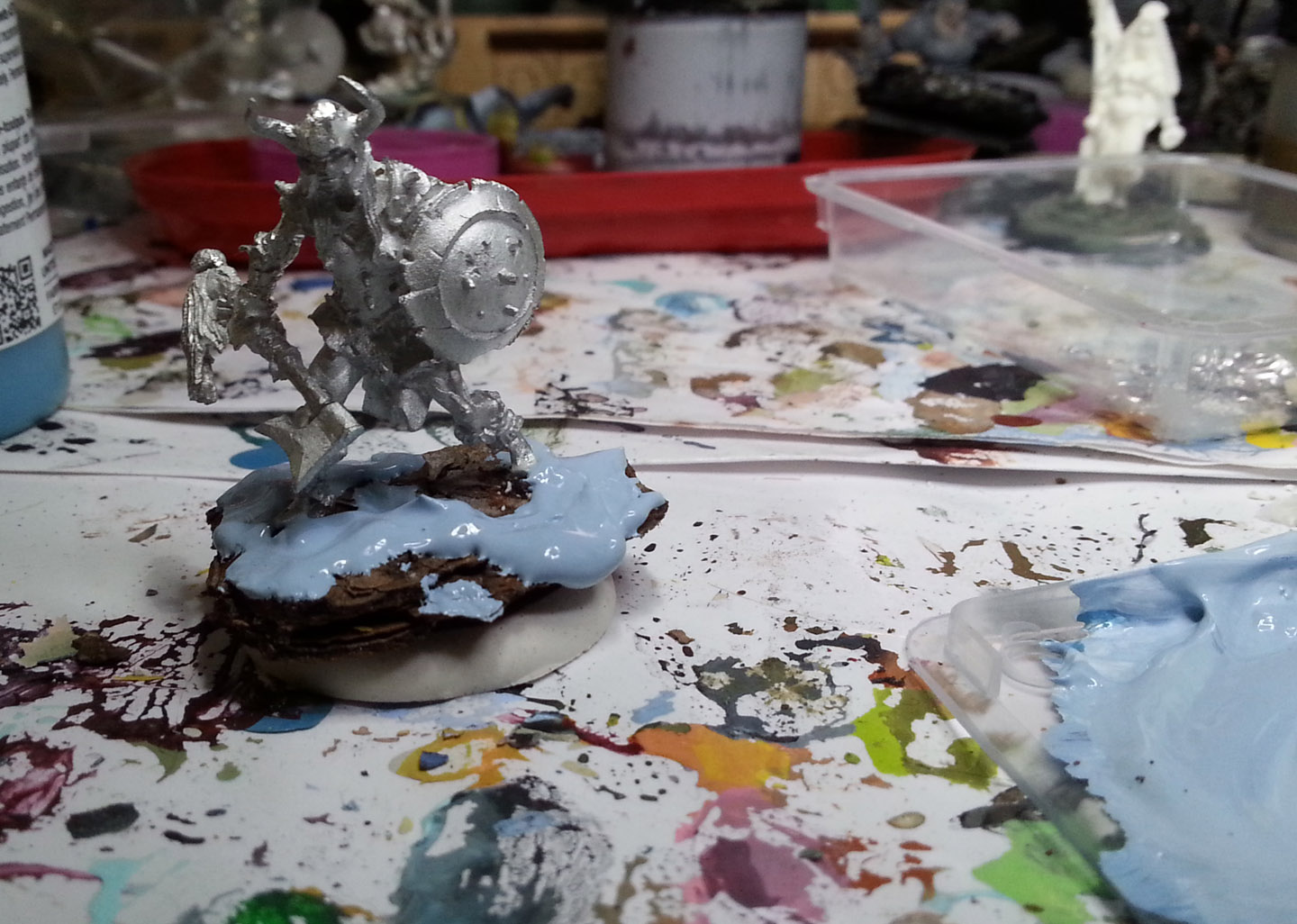 Again, this is not really what I would do on most of my bases... the whole idea was to match something that was done previously, and do that rapidly.

This idea would work very well on terrain pieces as well.  I hope that some of you could utilize this concept on your own minis, movement trays or dioramas! 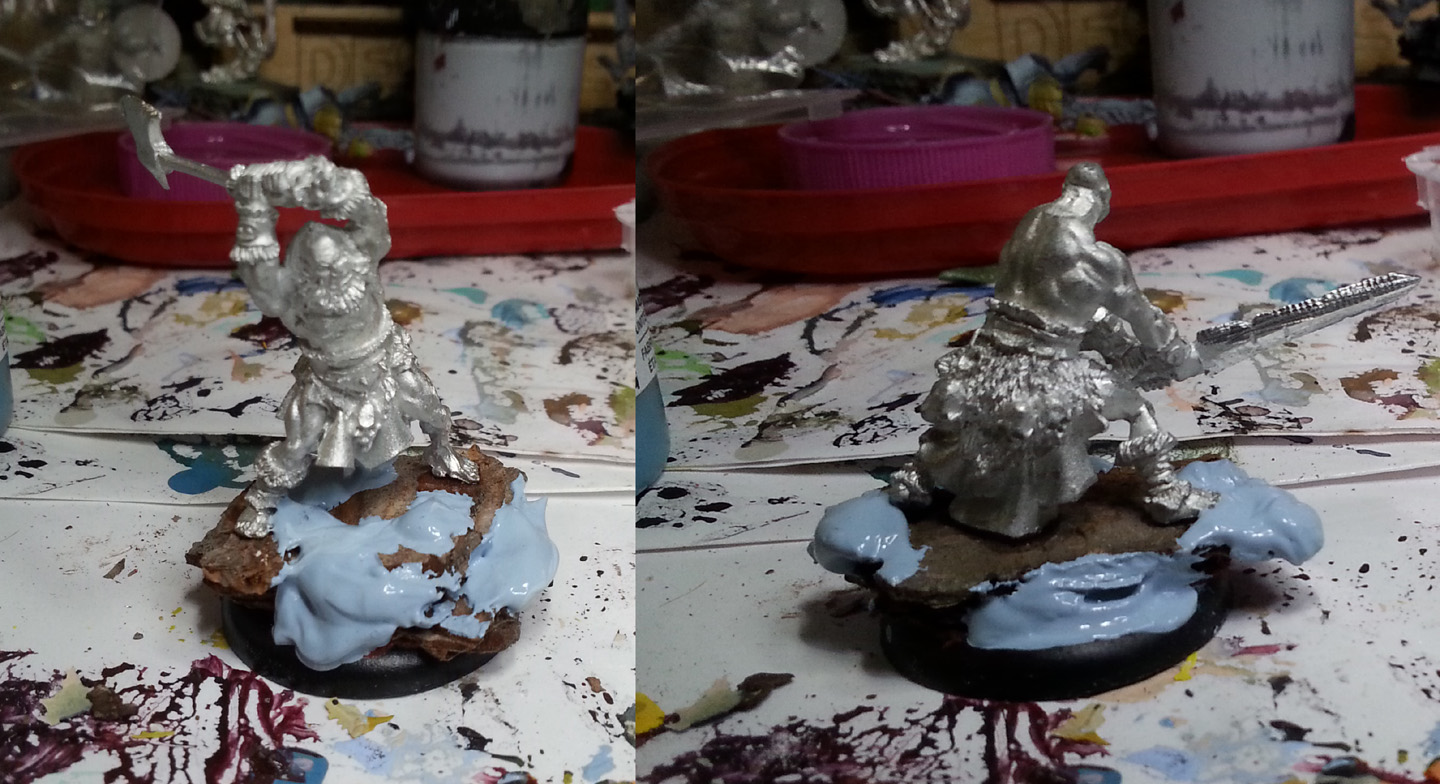 Posted by wappellious at 2:17 PM No comments: 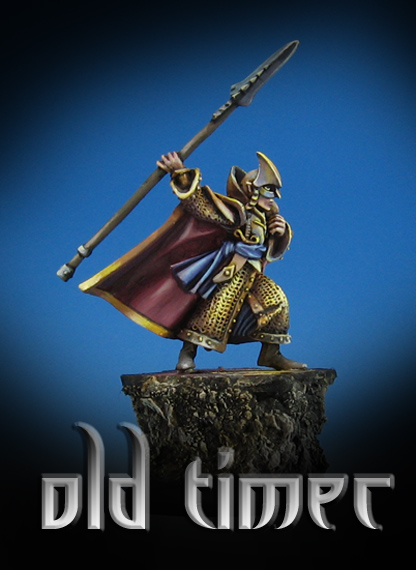 Yes, another old timey Ral Partha figure for ya!!

Interestingly enough, these older minis tend to have cloaks with broader folds, making it a little easier to squeeze in some freehand like this...

I thought he might also look pretty neat on this marble base.  The reds and golds seemed to play off the cooler purples very nicely!