More from the Deep 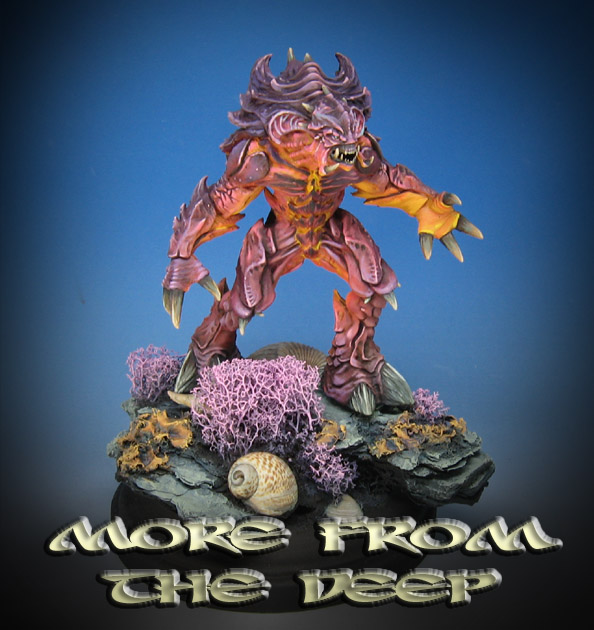 We return to the unusual combination sea creatures once more!  This was also the first figure that I tried to use much more saturated oil colors. Up until this point, most of what I had done with the oil paints had been earth tones and more muted colors.

That turned out to be very helpful on a much larger creature such as this, where there were so many color transitions to carry across the entire figure.  The extended drying time meant that I could work my way around the figure, blending along the way.

It was particularly important to have that ability here, since those transitions between very light colors (which are normally considered opposites!) would have been much more difficult.

Here's a review on the basing:

This blog post has some links to the original kickstarter where this series of figures was released, and to a live session where I painted another these large creatures using oils:

Posted by wappellious at 12:18 PM No comments: