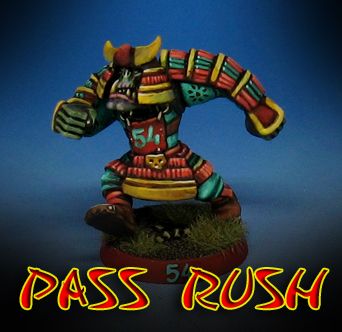 We return to the Blood Bowl pitch with another member of the Samurai Orc team.  This time, a Blitzer!

The new method of sculpting the armor was even more helpful on figures with this kind of positioning of their arms.  When I first converted figures for another version of this team, I did the sections of armor one bit at a time, and that led to some odd angles.  Instead, I was able to make one long strip and work my way across all in one shot.

That created a much more consistent texture, which was ultimately a lot easier to paint than the first team! 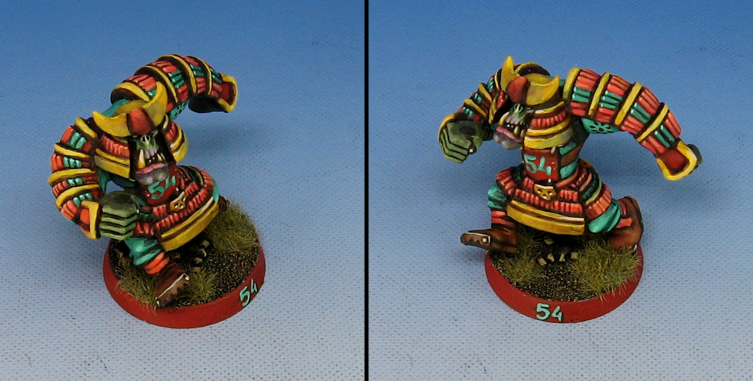