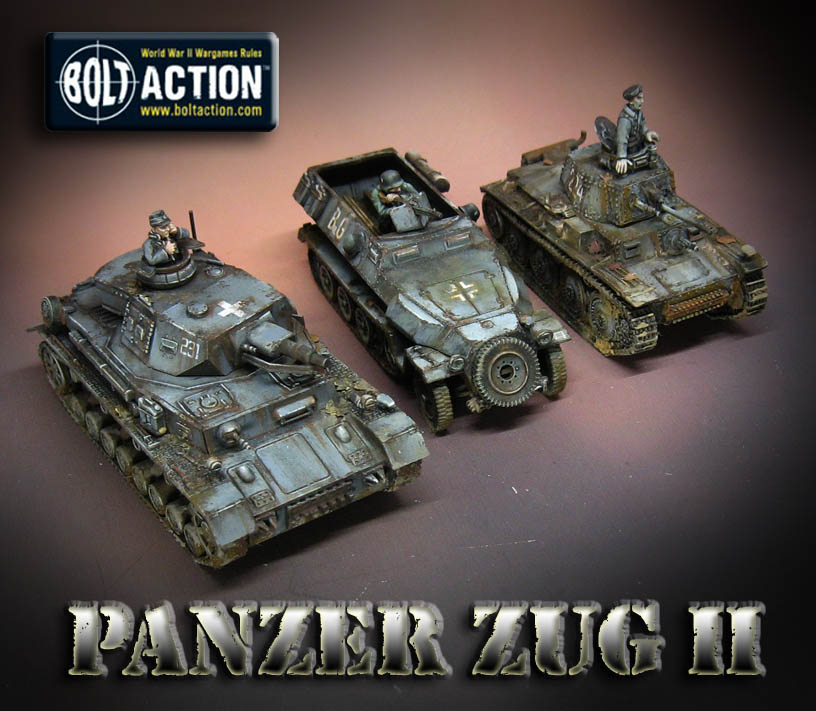 The tank forces are building for the push through the Ardennes as a PZ 38t joins the Early War PZ 4 and Hanomag.  These experiments in Dunklegrau have taken place a few months apart, which means that the materials used have changed quite a bit.

These vehicle kits are all from the Warlord Games line. 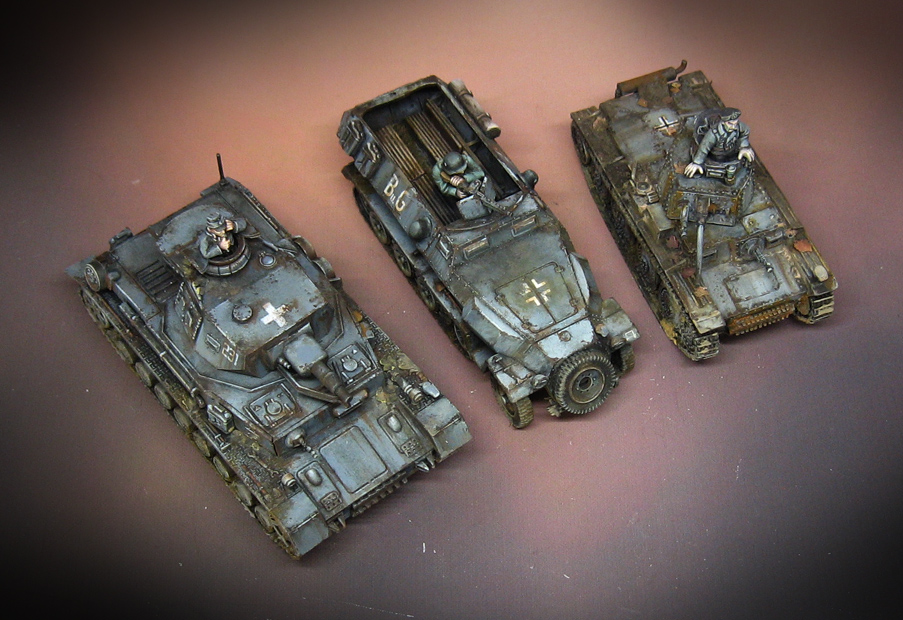 I had only just started using the Mig AMMO oil products when I painted the PZ4 and the transport.  It's interesting to see how much that has evolved in such a short period of time! 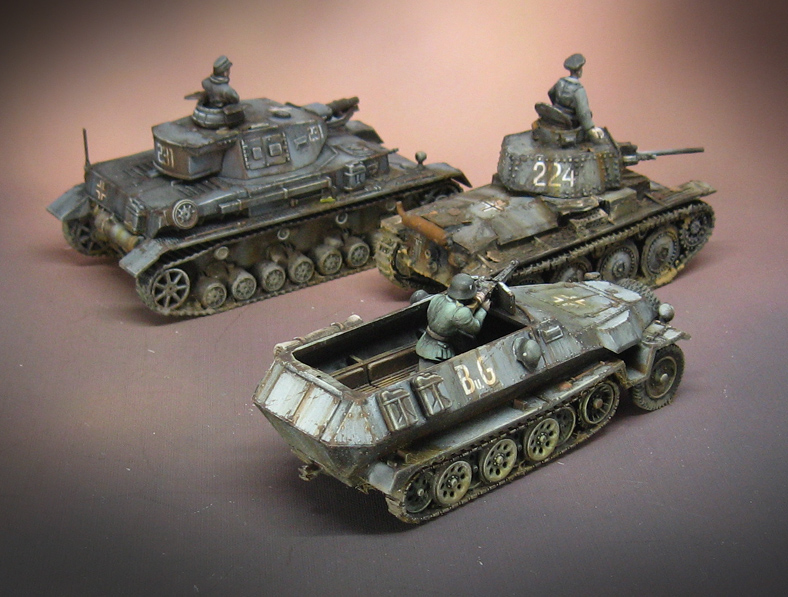 The Czech tank leads the charge.  Another is coming too, a PZ 35t.  It's interesting to think that such vehicles were the majority of the German medium armor at that time, with just a handful of Panzer Fours available. 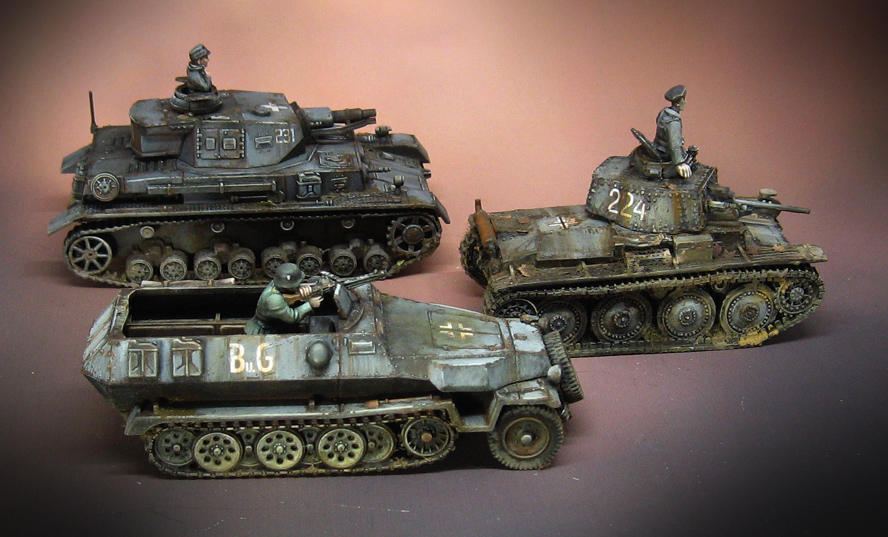 An early war Panzer 3 is also in the works, which will probably be painted in a Facebook live broadcast.  There's also a few Opel Blitzes to go with these heavier vehicles. 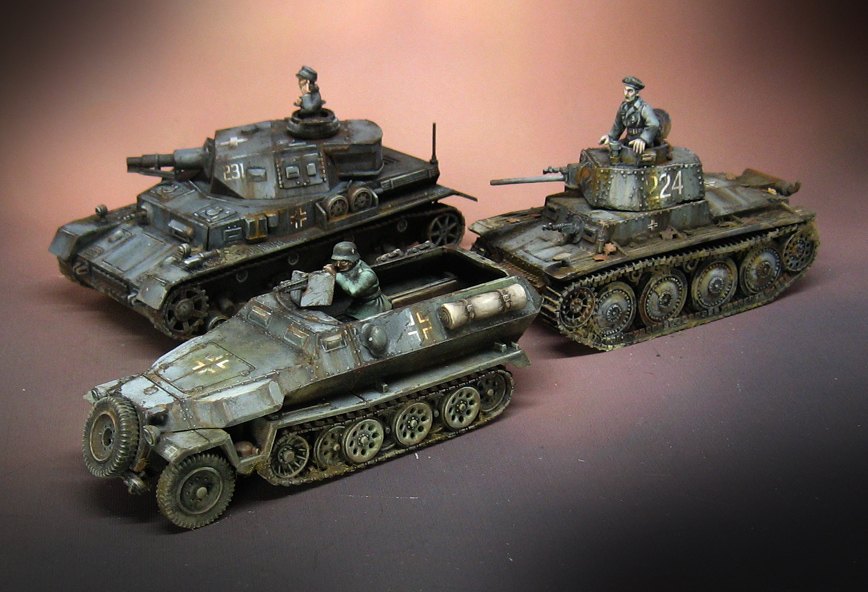 The PZ 38t is the most recent of the group, painted in one of those Facebook live sessions: 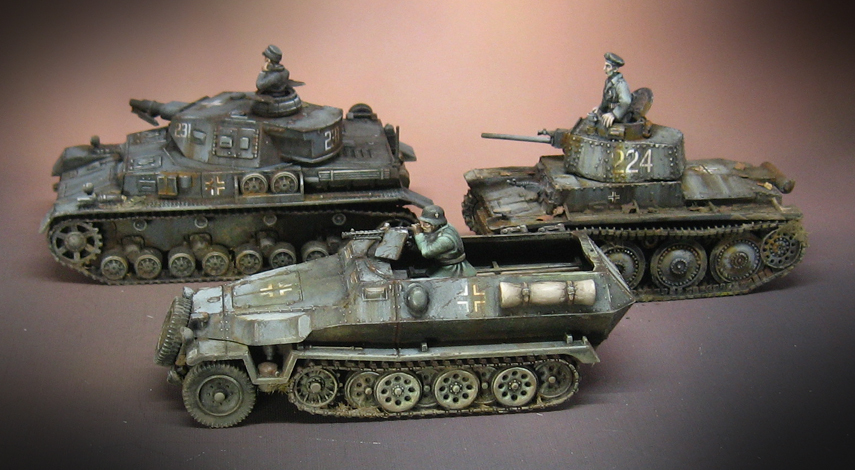 On that vehicle, I did some experiments painting with weathering powders mixed with rubbing alcohol.  The idea is to turn the powders into a wash to apply it, but then remove most of the pigments once it is dry. I just discovered some interesting brushes that would make this process a lot easier, so I look forward to experimenting with that! 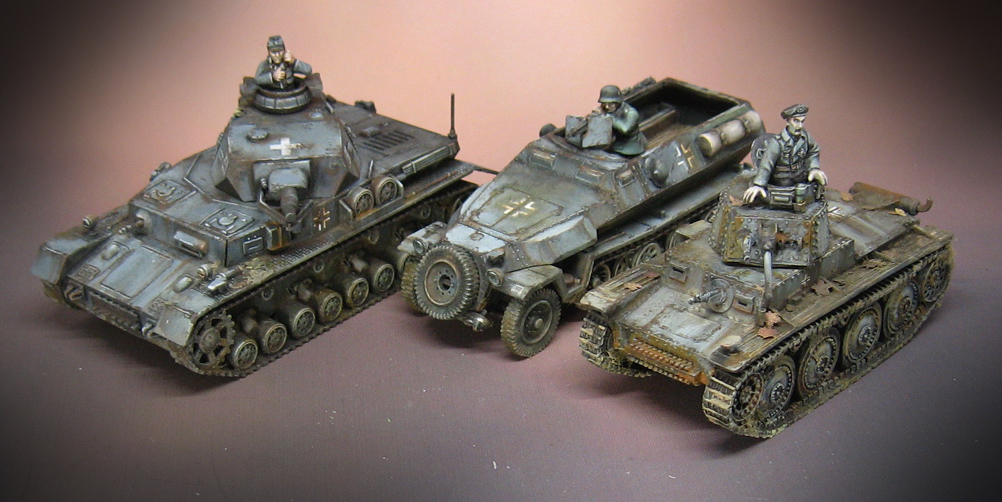 My plan is to paint one of each type of vehicle and artillery piece that was involved in the France '40 campaign, so go along with all the troops that have been painted, so that I can build the rest of the terrain and begin doing battle reports!

I didn't think that I would have quite this much fun with the Dunklegrau color scheme, but once I read about how that paint job was supposed to work, I thought it would be interesting.  Apparently that concept was that the vehicles would "self camouflage", or literally pick up bits of their environment such as dust, mud, etc.

This would make the tanks blend in to their surroundings, since the tank itself was neutral grey.

The idea was not terribly successful, especially in the desert or in winter!  Plus, the "camo" had a tendency to wash off in heavy rains!

Stay tuned for much more, including those facebook live painting sessions! 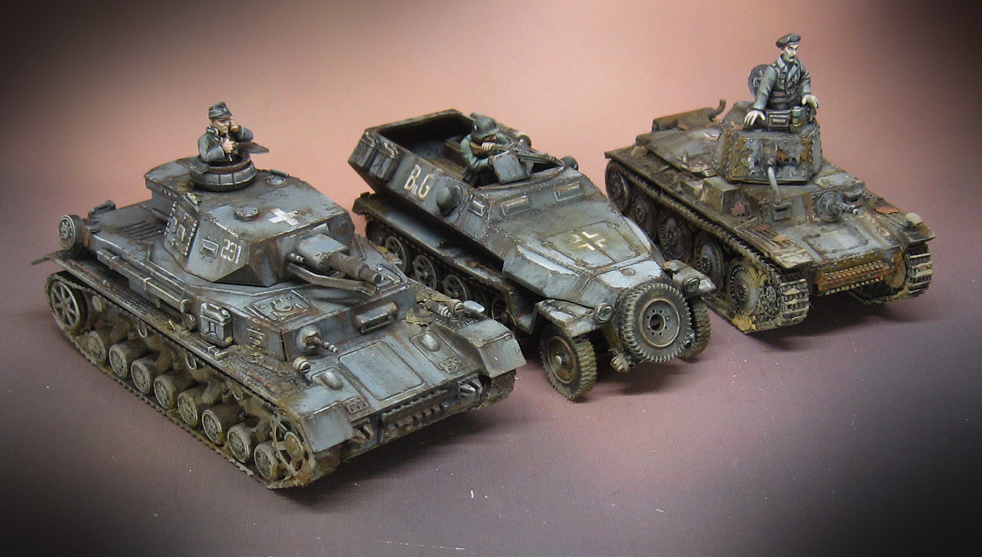