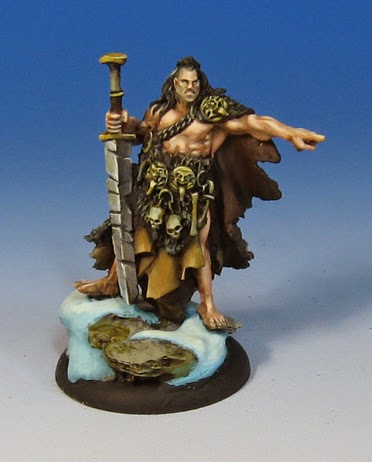 Here are some closer shots of the barbarians.  These were resin figures. 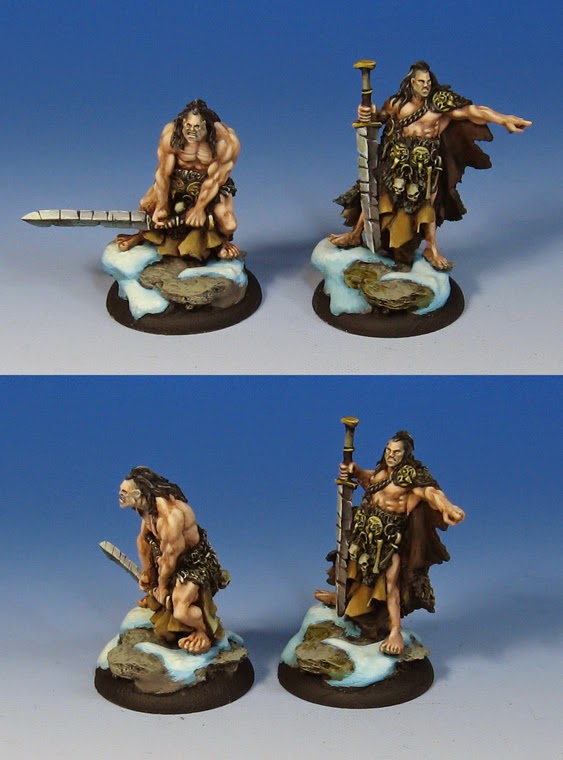 As I mentioned yesterday, it involved retrofitting some older painting styles for me. 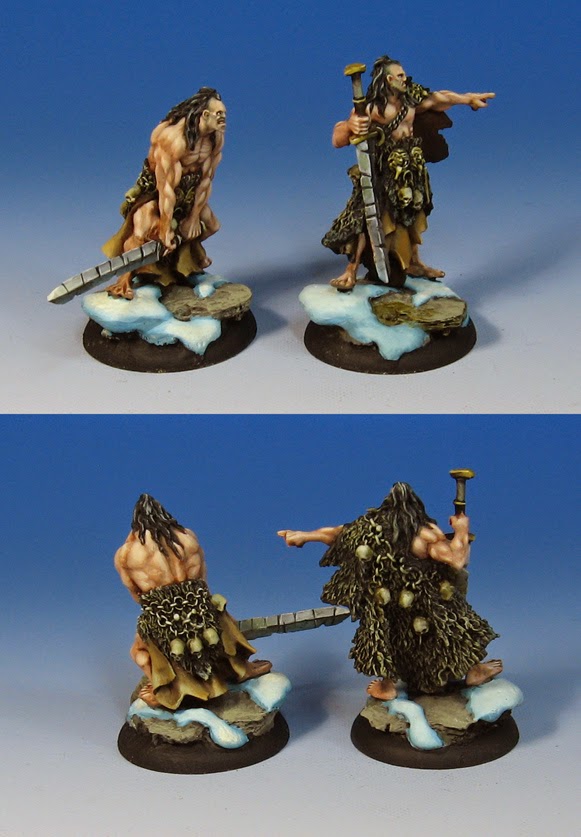 I had to limit the amount of flesh tone variations from what I do now, as I had to match what was done before :-) 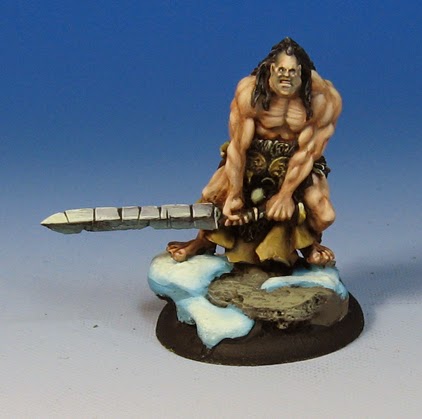 Posted by wappellious at 2:17 PM 4 comments: 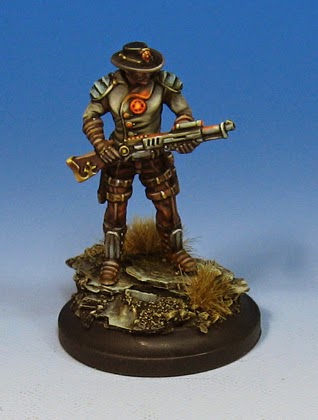 New army.  New color scheme to choose!  For me, it is the most fun portion of any army project.

As I am selecting colors, several factors are involved.  First and foremost, I want it to look as different as possible from all the other forces I have seen.  This typically means doing some research, checking out as many sites as I can to see what other folks have done.

Story is HUGE for me, so the color scheme also has to come with at least a basic framework for a story.

As I was playing around with colors, I experimented with a scheme of white shirts, black hats, and glowing red stars.

Since I usually like to play my "good guys" as bad guys, or at least somewhat scary, I thought the glowing red stars and the black hats would be more imposing.  The idea here is that the townspeople fear them... and they dread the sight of the glowing stars.

At first I thought that I might need to make the shirts a much darker color to have those stars pop out, but the fluorescent paint is very helpful in this case! :-)

Just because they are feared, it doesn't mean my Lawmen can't be a hit with the ladies! 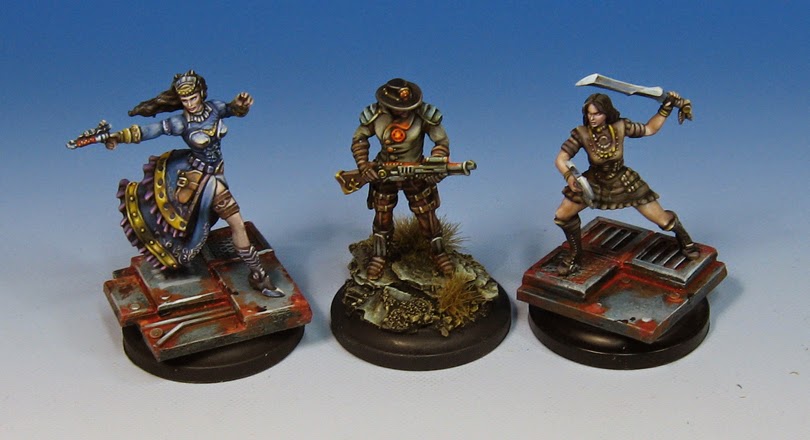 With the color choices solid, I can proceed with the mass production!  Yay! 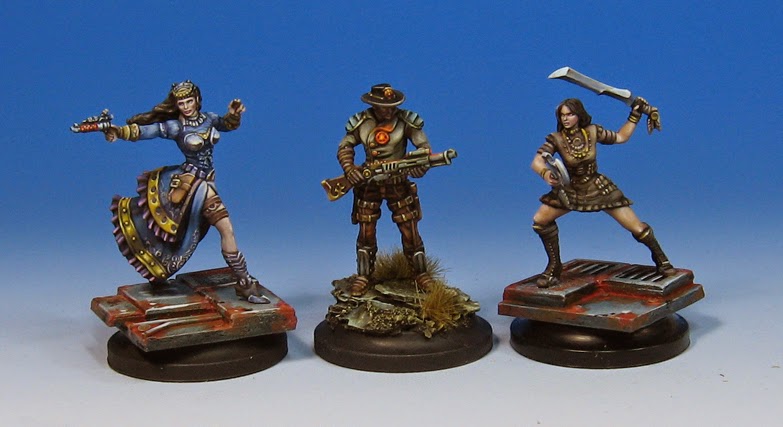