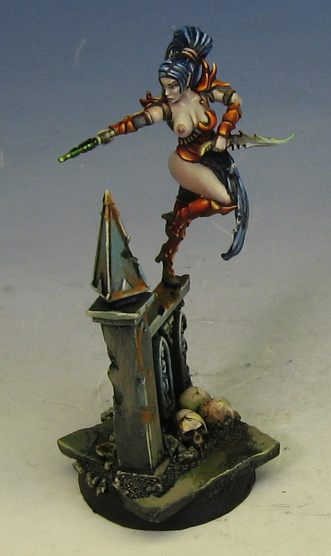 As the Raging Heroes Kickstarter draws ever closer, here is something to whet your appetite.

I have a few squads of these Sci-fi Vestals from Raging Heroes for my Wyches.  They are very highly detailed minis, which is why I am using a number of them for my painting videos. 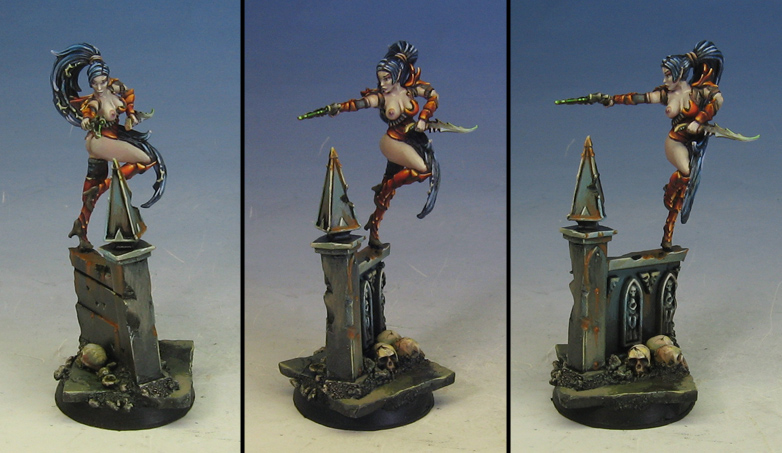 The faces and hair are very cleanly sculpted and cast, which is not always the case with other companies for whatever reason. 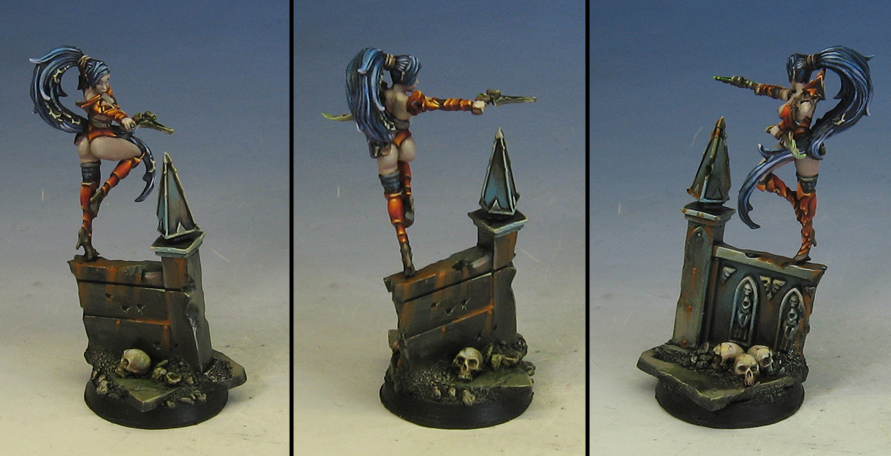 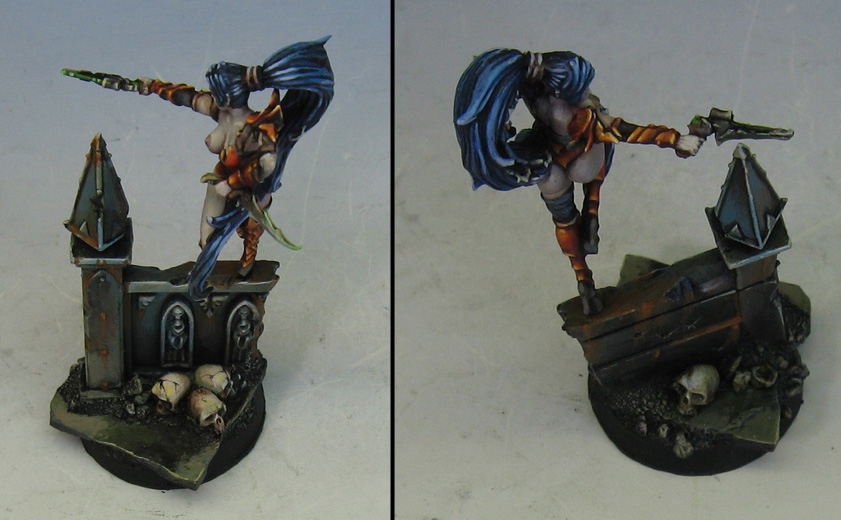 Here she is with the first color test of the squad... 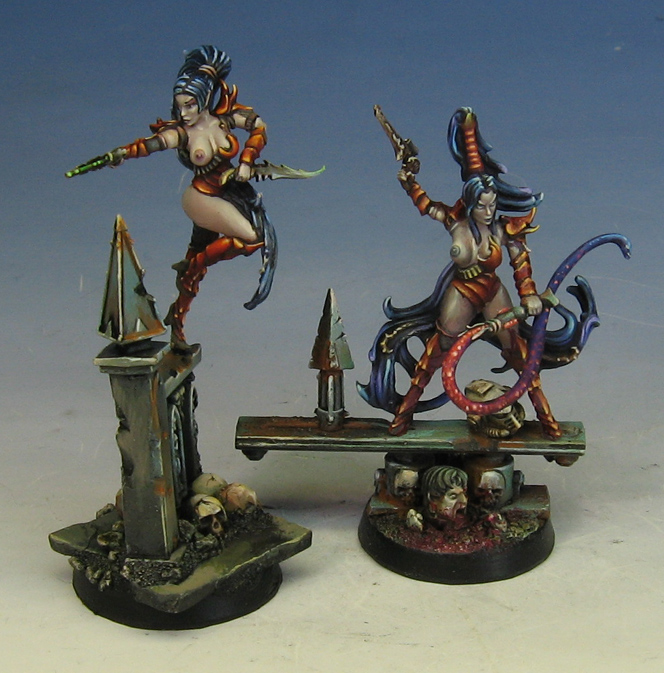 These are really amazing minis, so I will keep posting them as I get more painted!  Stay tuned! 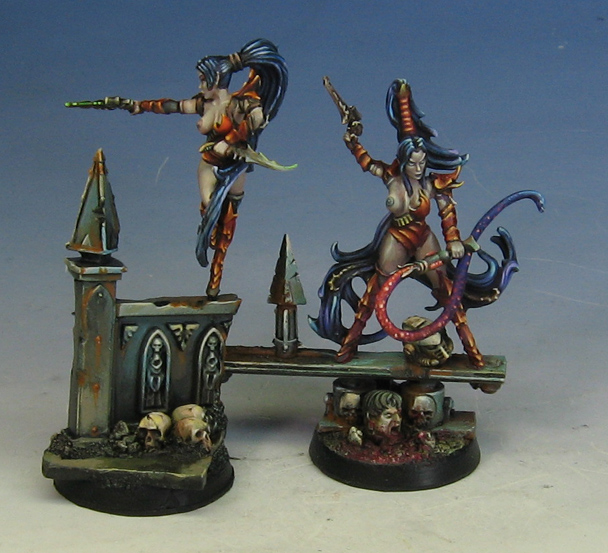 Posted by wappellious at 1:32 PM 4 comments: 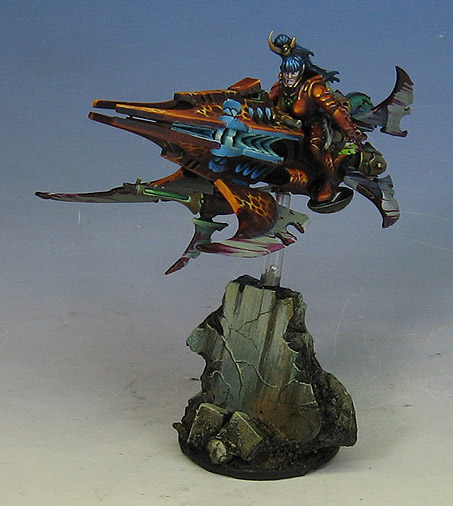 As Adepticon nears, it's time to race to the finish!  This is the first color test for the Reaver jetbikes.  As I have mentioned before, I had to change a lot of my original plans for the various units. 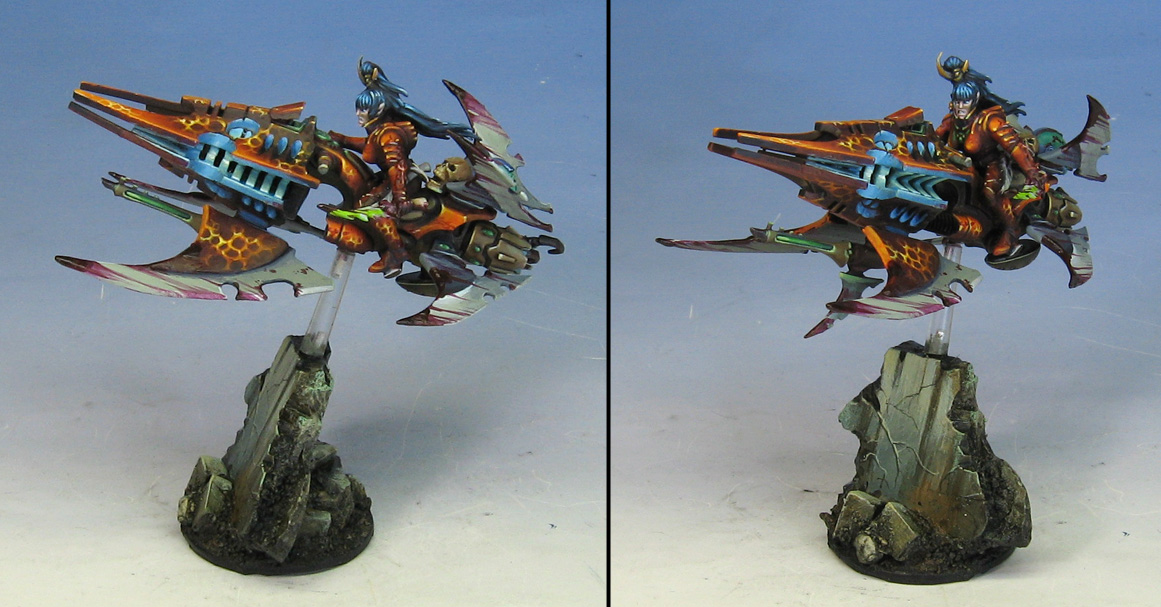 My first thought was that each unit would be a different color, to represent the various racing teams.  However, there is just not enough time for 8-9 different color test minis!  So, I had to go for a unifying  color scheme.

Initially, I thought this would get boring, but as I do each unit type, I see that the variations in the units dramatically changes how the color scheme and freehand work from one piece to the next, which is very cool!

As you can see, I have been continuing the freehand that first started with the Grotesques. 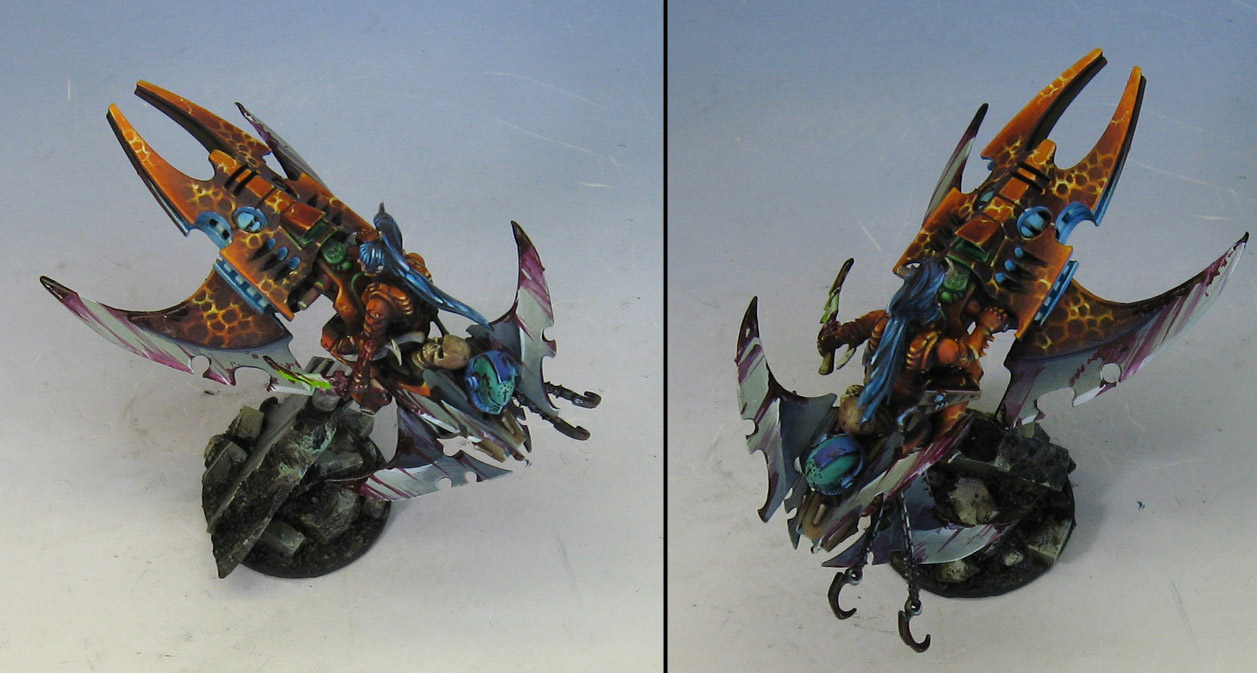 I will be doing this same set of colors and freehand on the Venoms and the Raider. 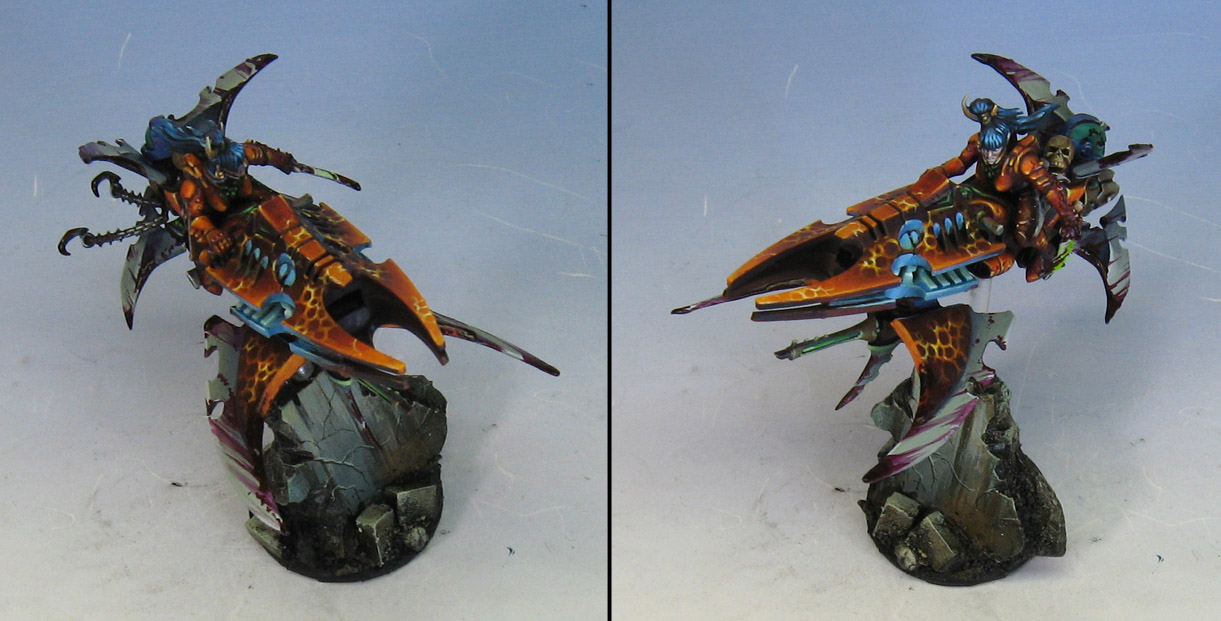 The blood effects on the bladevanes were a lot of fun, and something new for me.  All of my previous efforts involved splatter and other patterns that were created by gravity.

This time around, the blood would defy gravity a bit as it was pulled along the surface of the bladevanes.  There were many things I hoped to achieve with this part of the painting, but the appearance of motion and speed was not somthing that I had in mind! :-)

I don't know why it did not come to mind sooner, as the soot and scorch mark effects I have done on other flying vehicles certainly did something quite similar.

Just as it was with the first Grotesque, this first piece had a few areas that were painted more than once as I tried to figure out what would be the most feasible, and easiest to replicate many times. 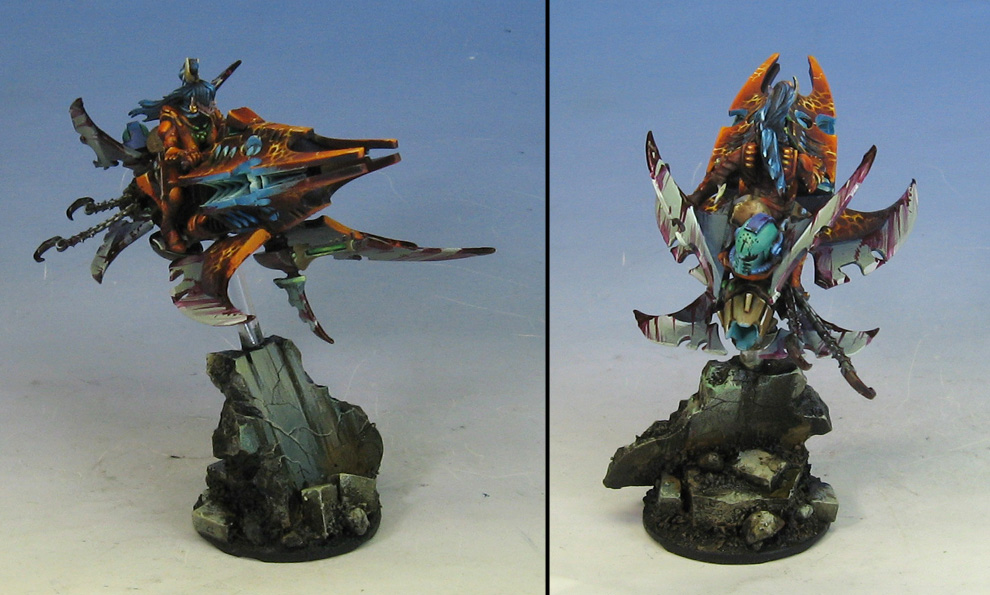 As I was working on this, the game was on!  The only thing Baseball likes more than watching baseball (even a spring training affair) is the Sox beating a certain other Chicago team 15-3. 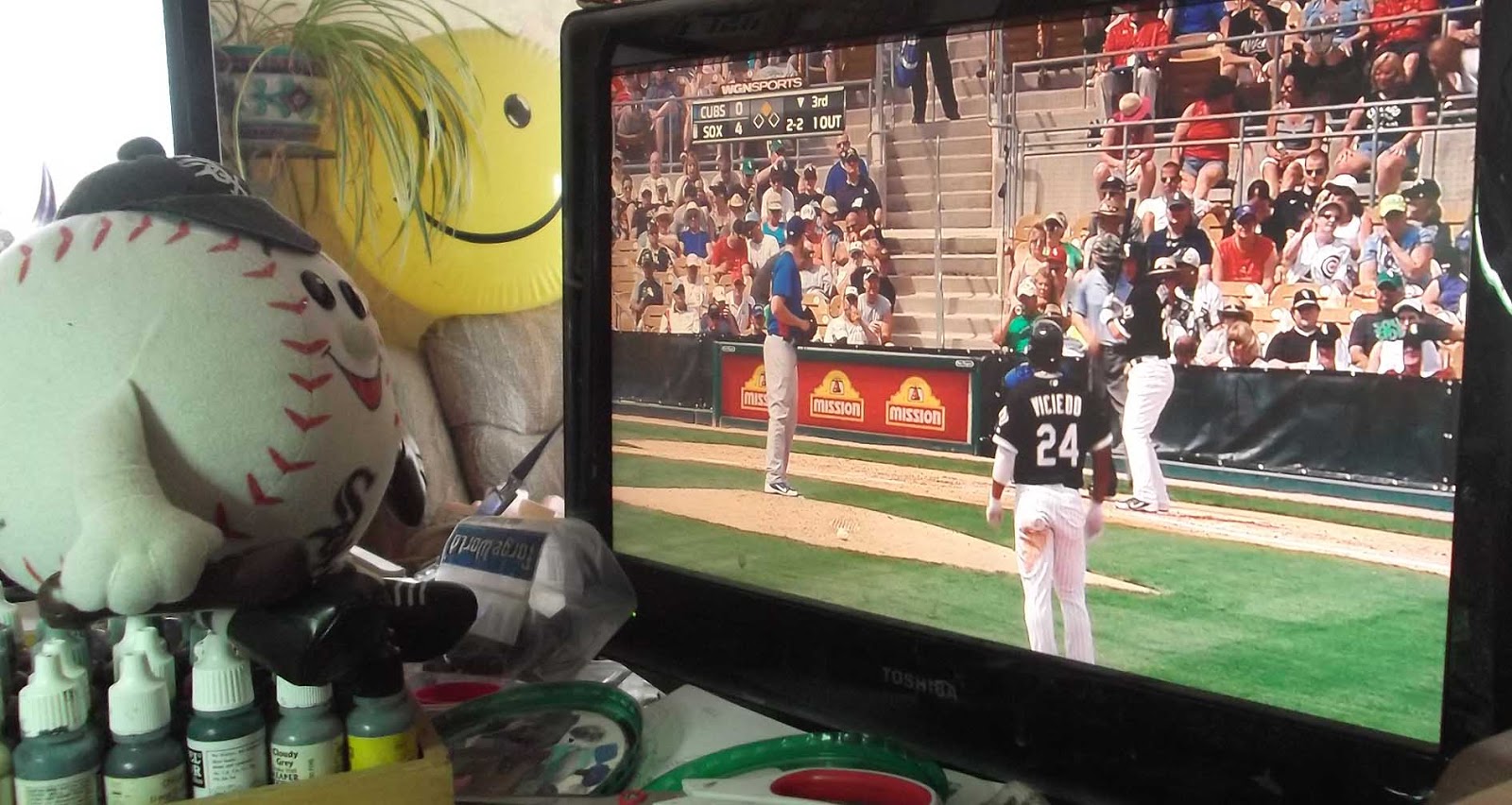 Posted by wappellious at 3:57 AM No comments: