From Pearl to Surigao 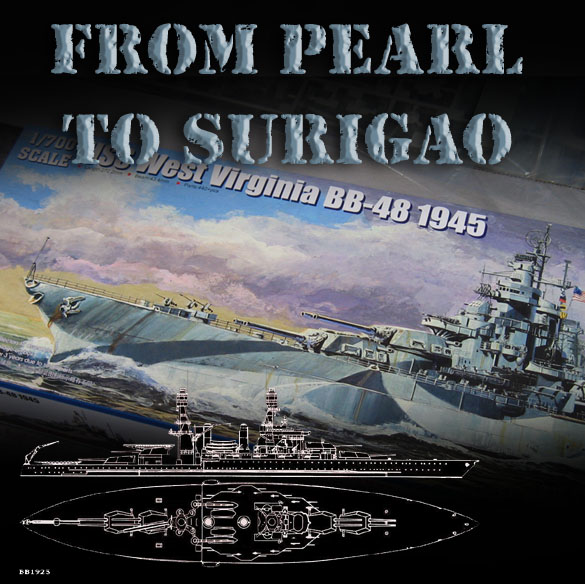 Some of you might remember a dream project that I conjured up almost a year ago at this time.

The basic concept was to show two very different time periods in the life of the USS West Virginia, which was one of the ships heavily damaged on December 7, 1941.

I want to have a rotating display which will show two different versions of the West Virginia.  One of these will illustrate the immediate aftermath of the attack: 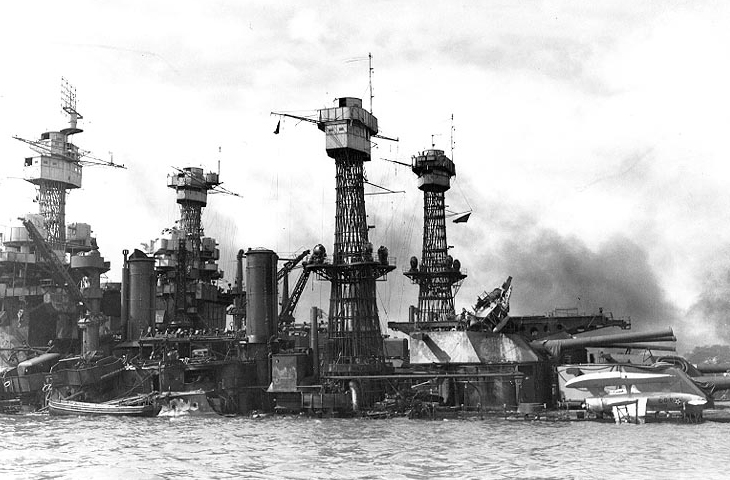 I want to show the transformation of the burned out hulk of this wounded warship into something entirely new.

This is the reconstructed West Virginia. 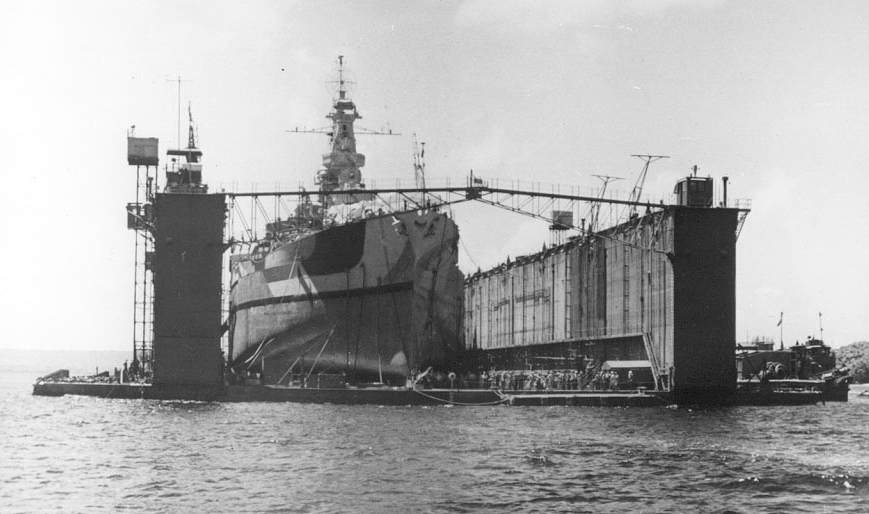 A stunning difference... from an antiquated "Dreadnought" warship with open mount and casemated 5 inch guns to a vessel which participated in many significant late war actions.

These elevation drawings also show the dramatic transformation that I look forward to rendering in 1/700 scale!!   You can really see the layout of the secondary armament, the lack of AA, the ancient masts and funnels.

I cannot wait to see the two kits side by side.

That moment is here!!  I was finally able to secure both the pre war and reconstructed versions.

As my extreme good fortune would have it, both kits are from the same company, Trumpeter Models.

Better yet, these are of very high quality (more so than many kits I have seen), but not so incredibly expensive.  I had been seeing some prices as high as $120 for a single kit.

This is the late war version of the West Virginia which I will show participating in the Battle of Surigao Straight.

The size of the box was the first indication that I had scored something quite nice.  It was HUGE, with each of the parts organized into various sections, all wrapped so carefully. 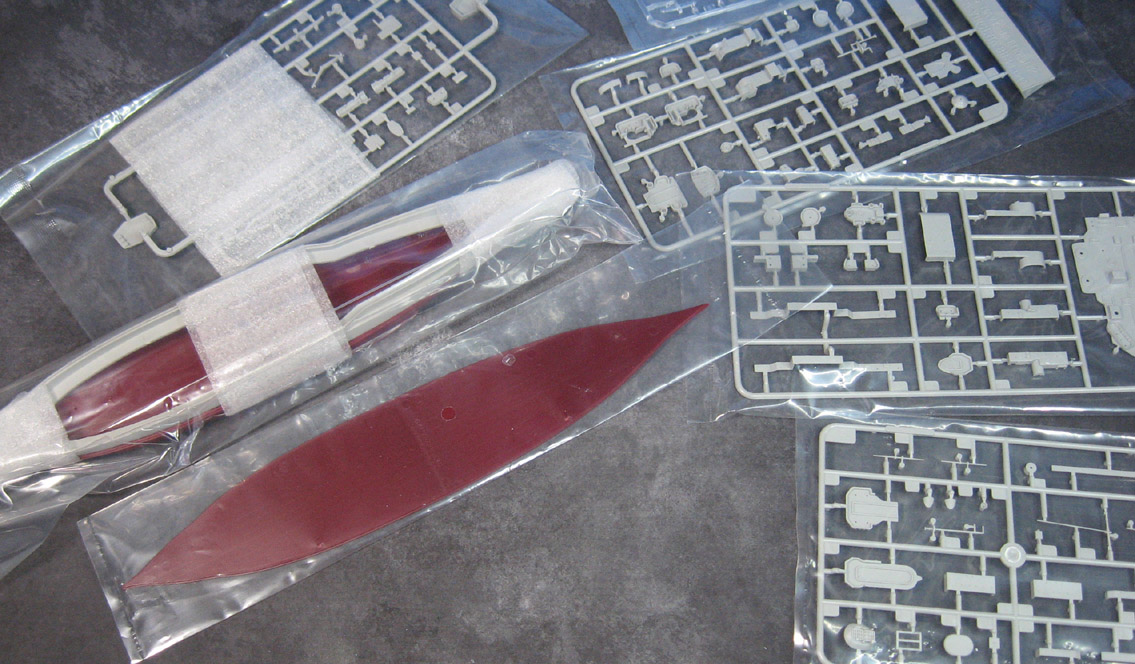 The excellent instruction booklet suggested something I assumed that would be necessary, and that is assembling and painting this in many smaller sections at a time. 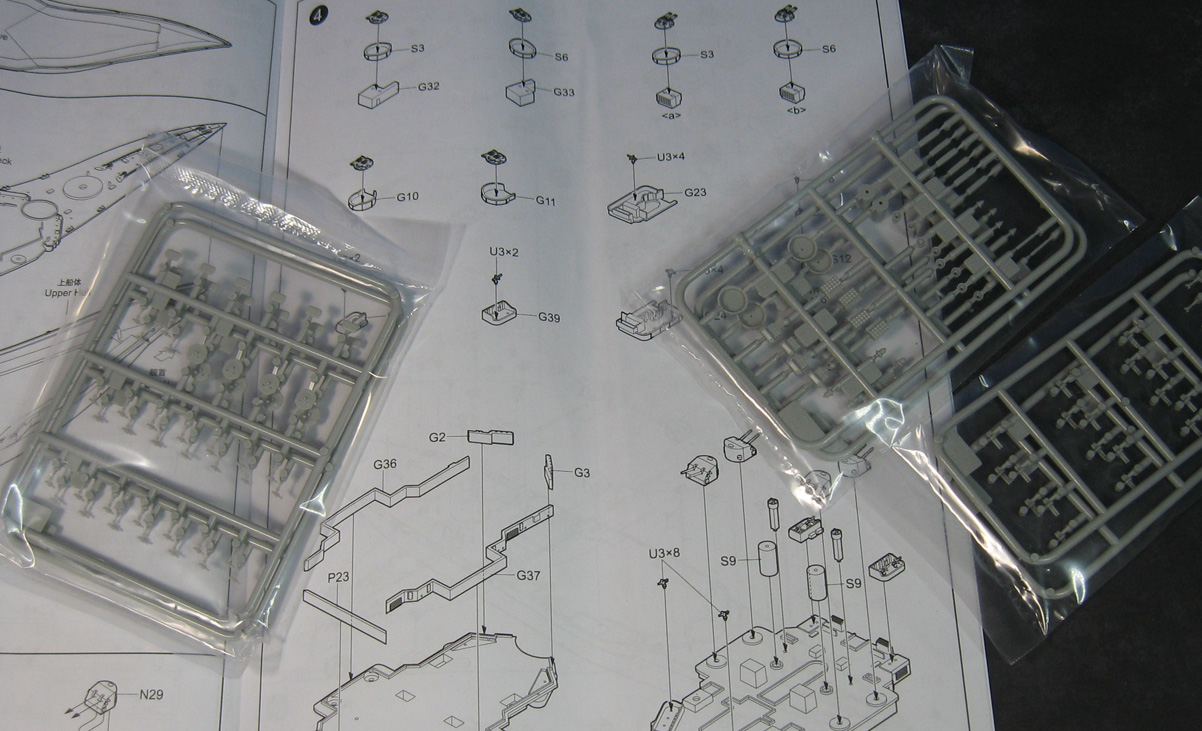 This is probably going to present even more of a challenge than the water effects.  Since the camo patterns will have to cross over all of these surfaces, I will probably have to map out everything very carefully in advance, and do a lot of touching up after assembly. 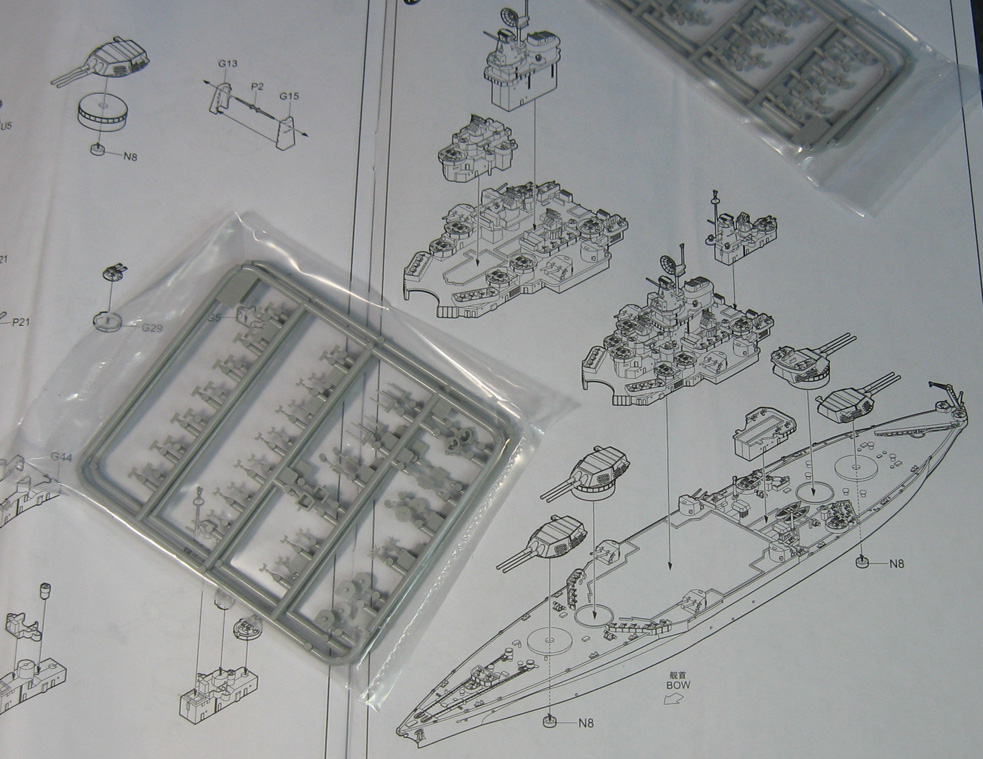 This is another element which is not in any of the previous 1/700 scale kits.  These brass etched parts are another major improvement.  I believe the really expensive kits contained a huge amount of these brass etched pieces. 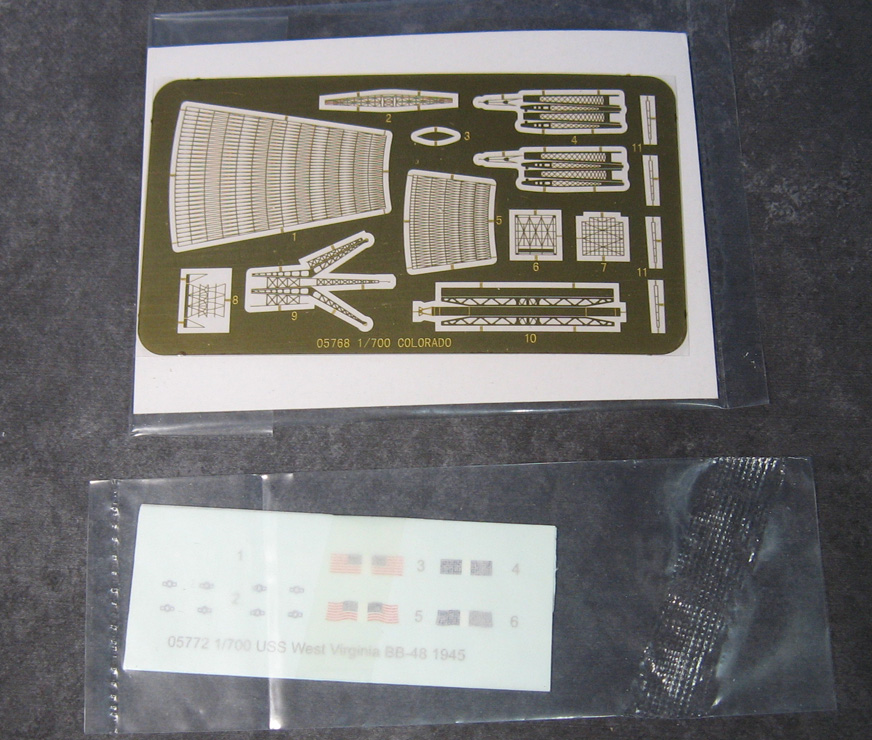 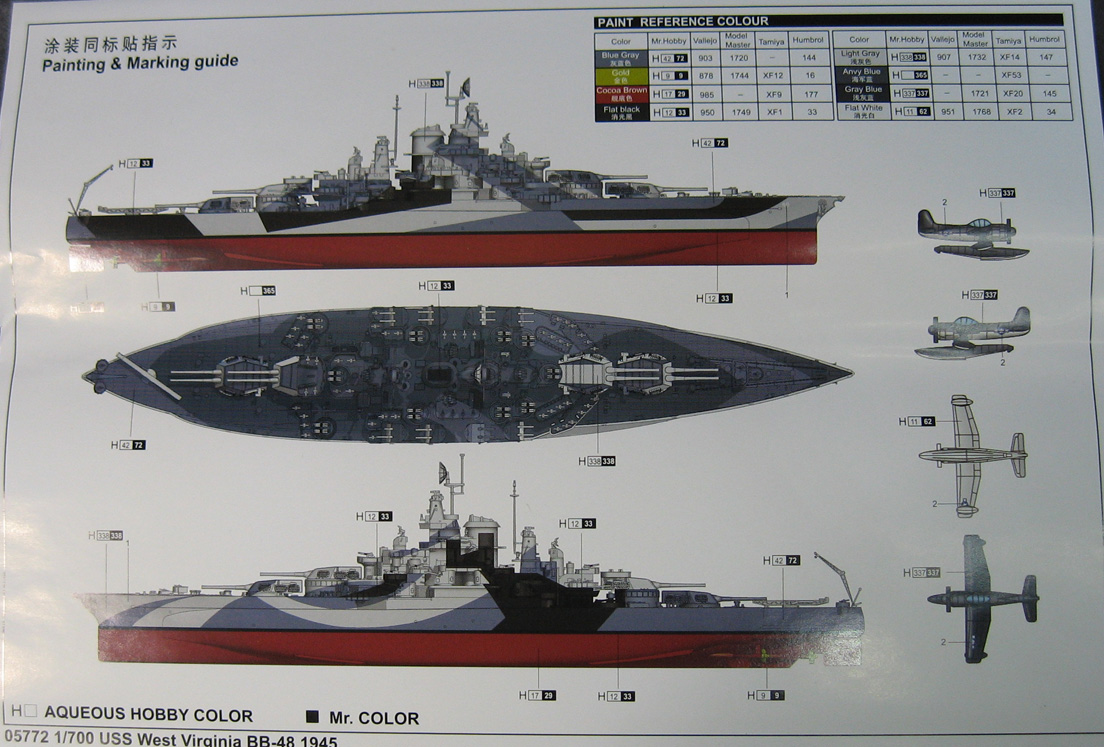 A hidden challenge will be forcing myself to chop up the 1941 kit so that it looks like this.  While it is not technically very difficult, it will likely pain me to start cutting away at a nice new shiny kit! :-)

Hopefully my finished October of '44 version will look like this.  It will let me create two very different water effects.  For the sunken version, I want to have oil leaking out of the gashed hull. 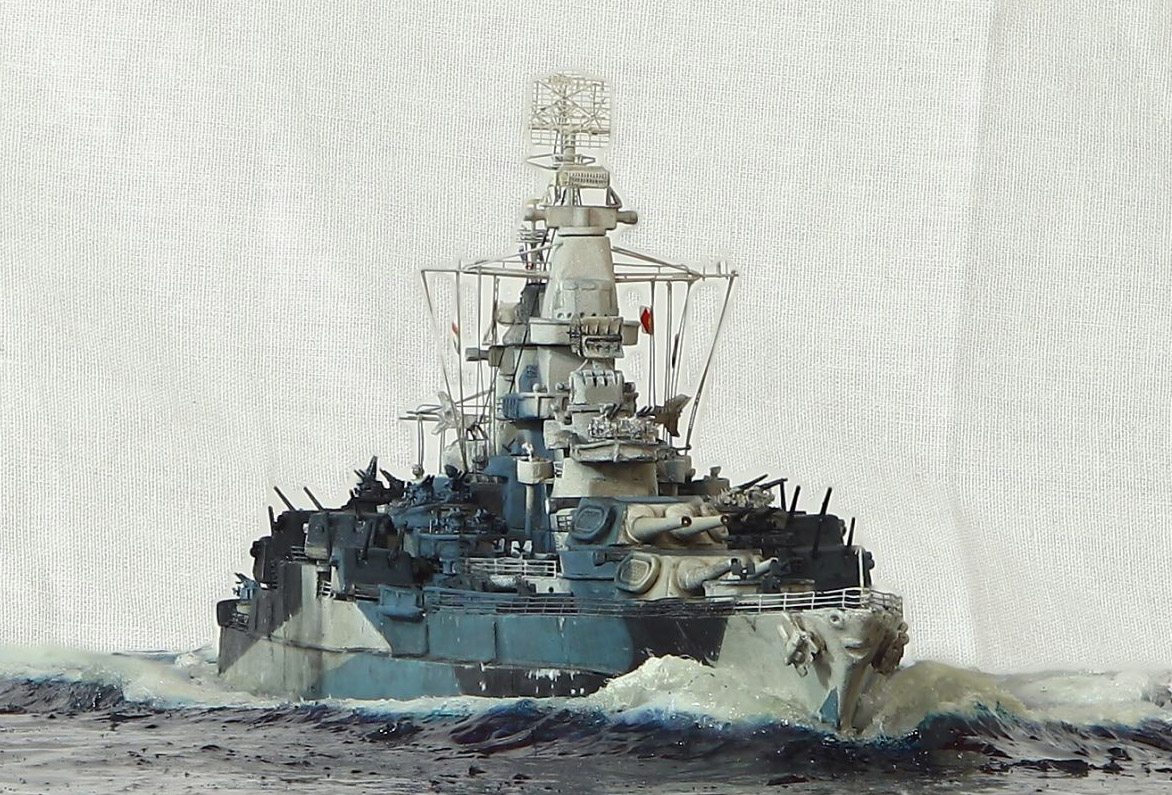 These Tamyia kits will be my "practice" trials.  Hopefully I will learn enough working on these ships to make my dream project come alive in the way I envision!! 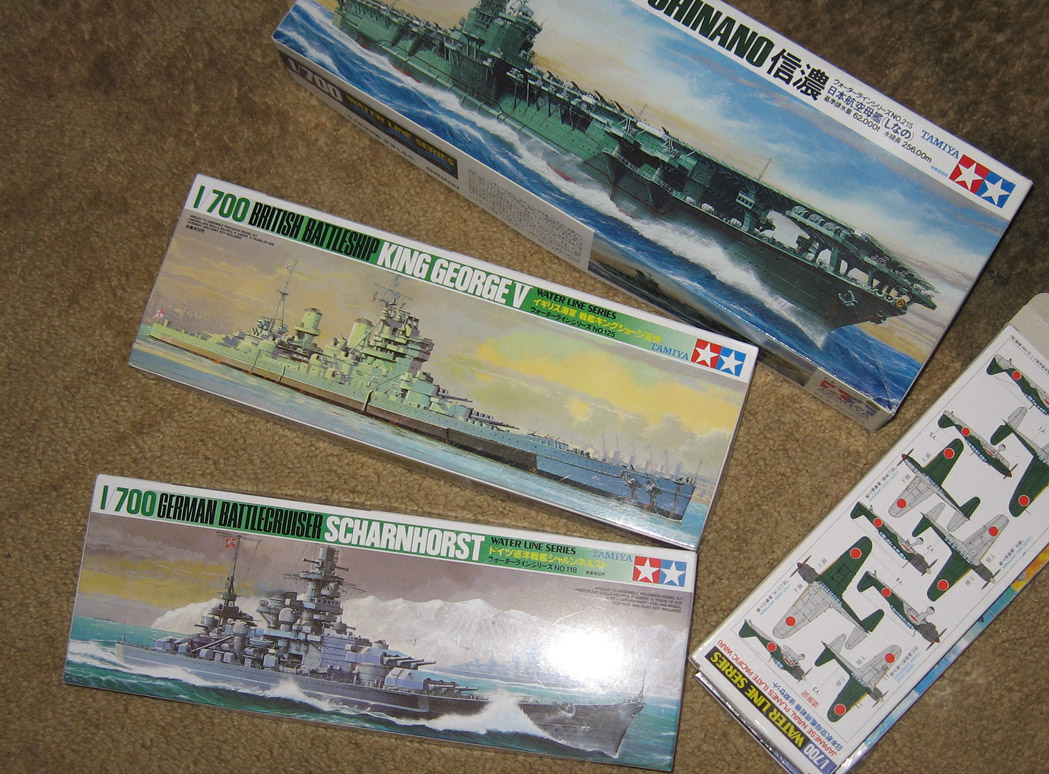 Posted by wappellious at 2:31 PM 4 comments: 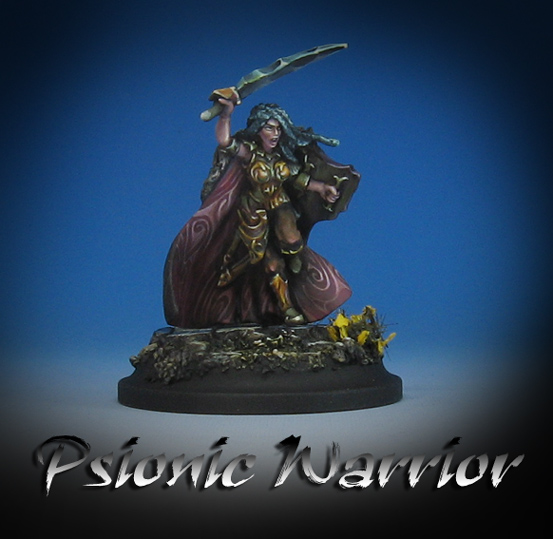 You will now see one of those sculpey bases in use, underneath this Reaper Psionic Warrior.  I had some fun with a touch of freehand on this side...

But even more on this side!  This was a test to see how such a design might work on a cape, and if it would be practical for a much larger 75mm figure down the line...

The obsidion blade was very fun as well, balancing blues, warm greys, and even teals.

Posted by wappellious at 2:43 AM 2 comments: