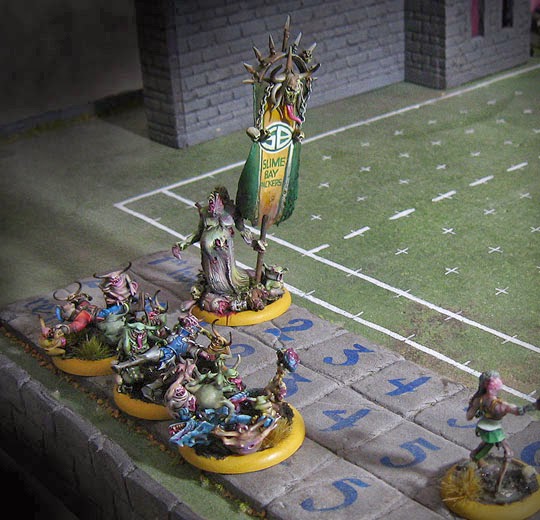 These team shots are always difficult to set up, but if you get a decent shot, it's very cool! 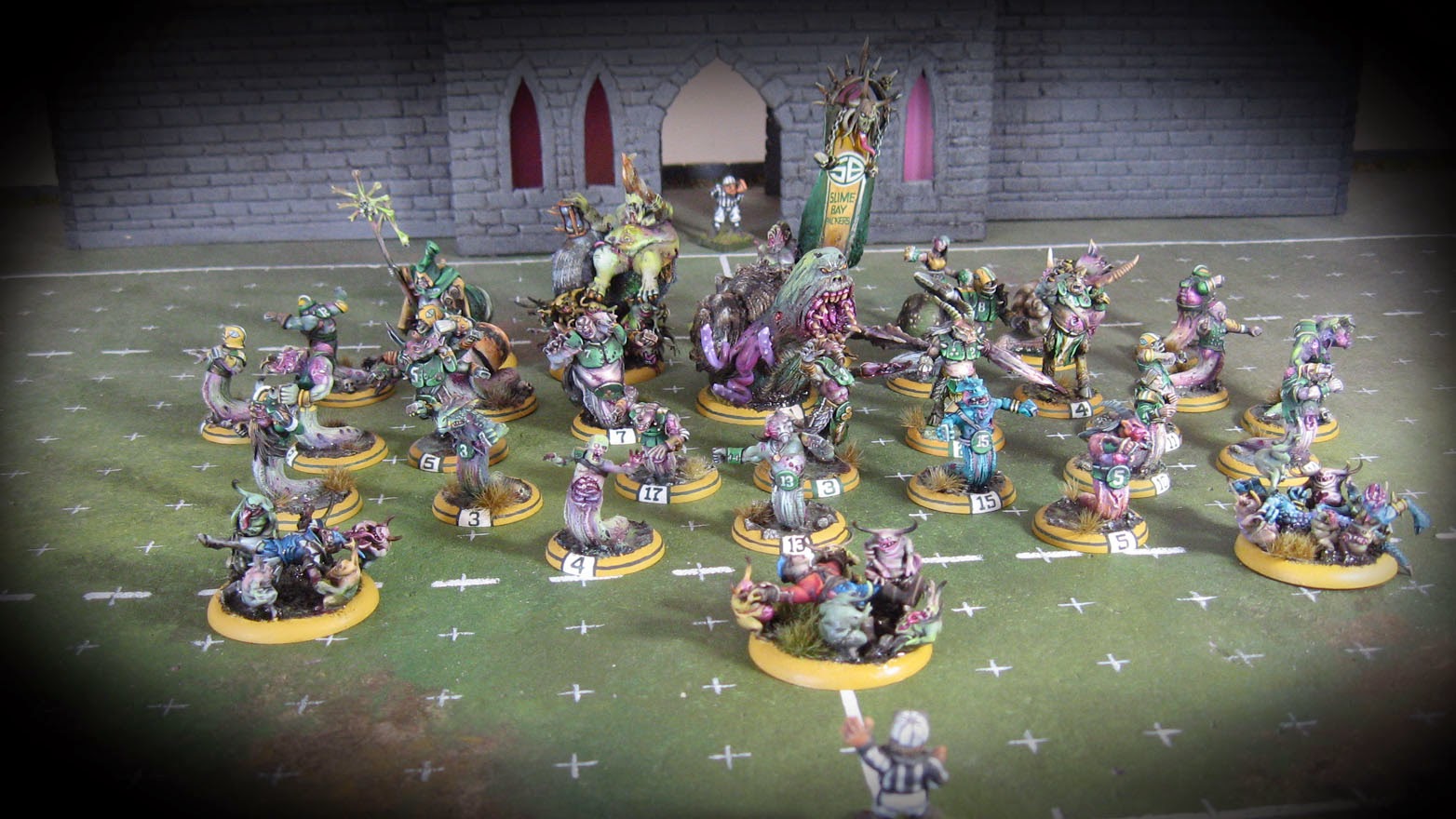 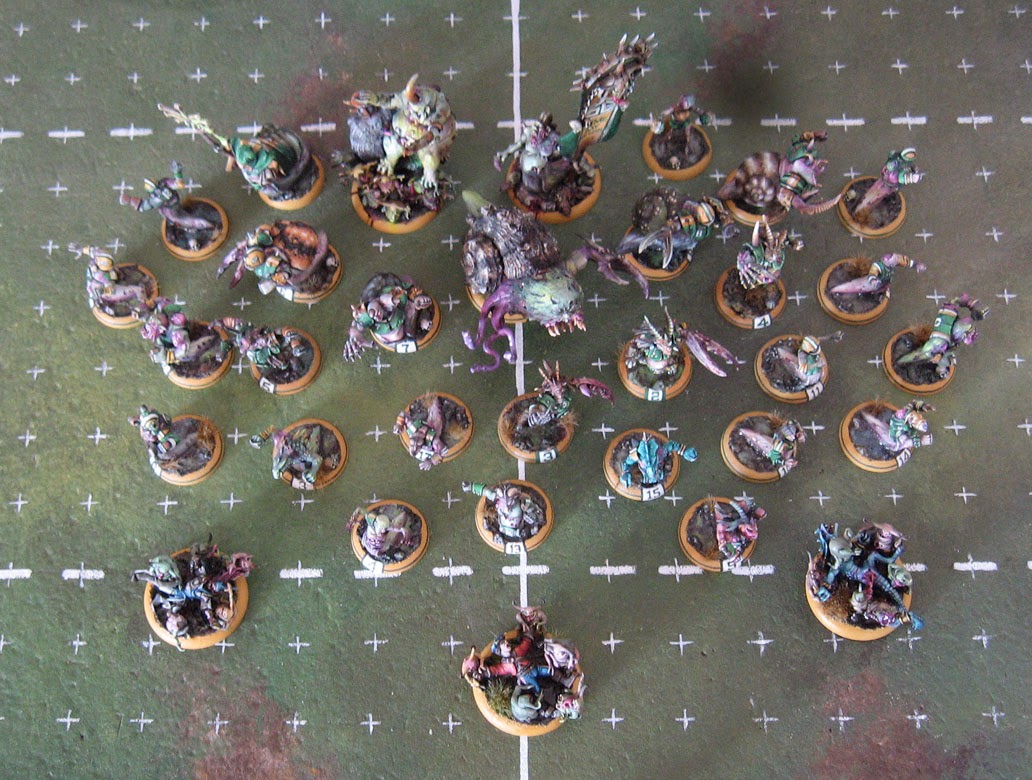 Da Coach leads the team onto the field!!! 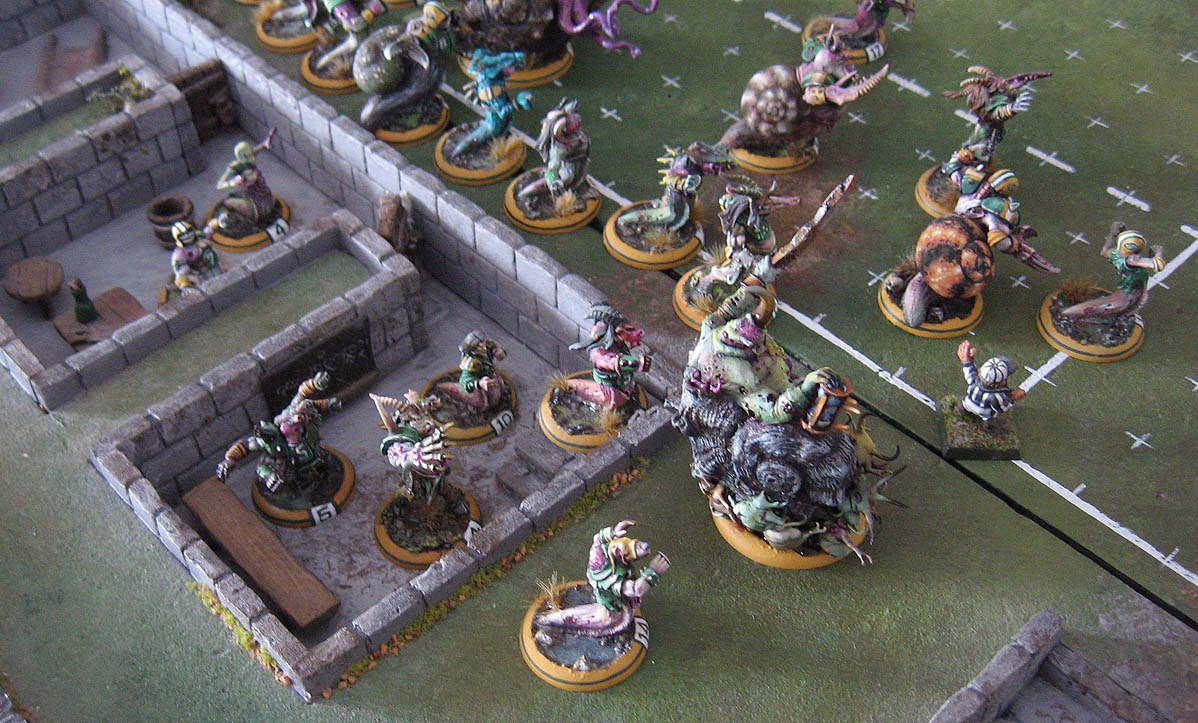 Some of these guys were pretty huge as well, as you can see in these images. 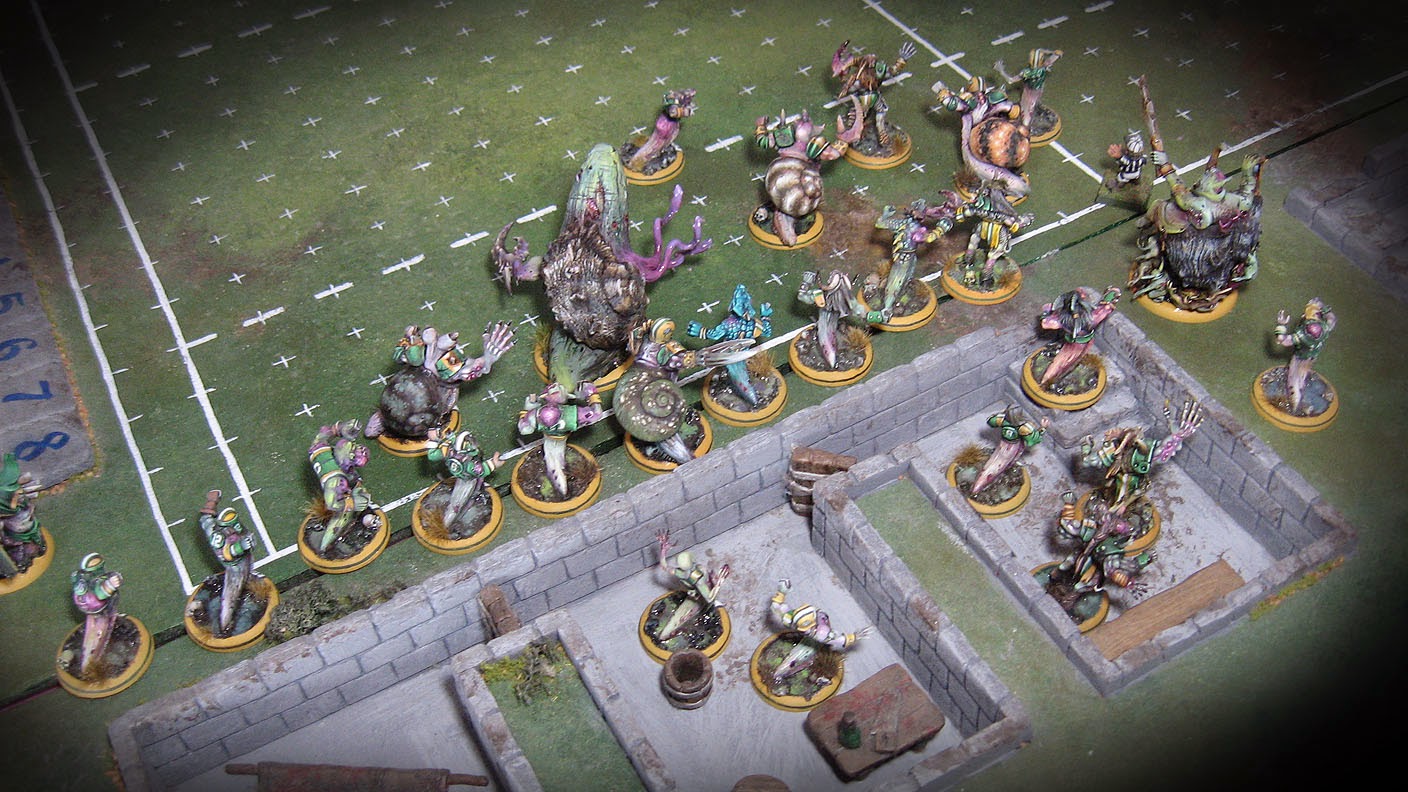 The Beast is ready to spread his disturbing presence. 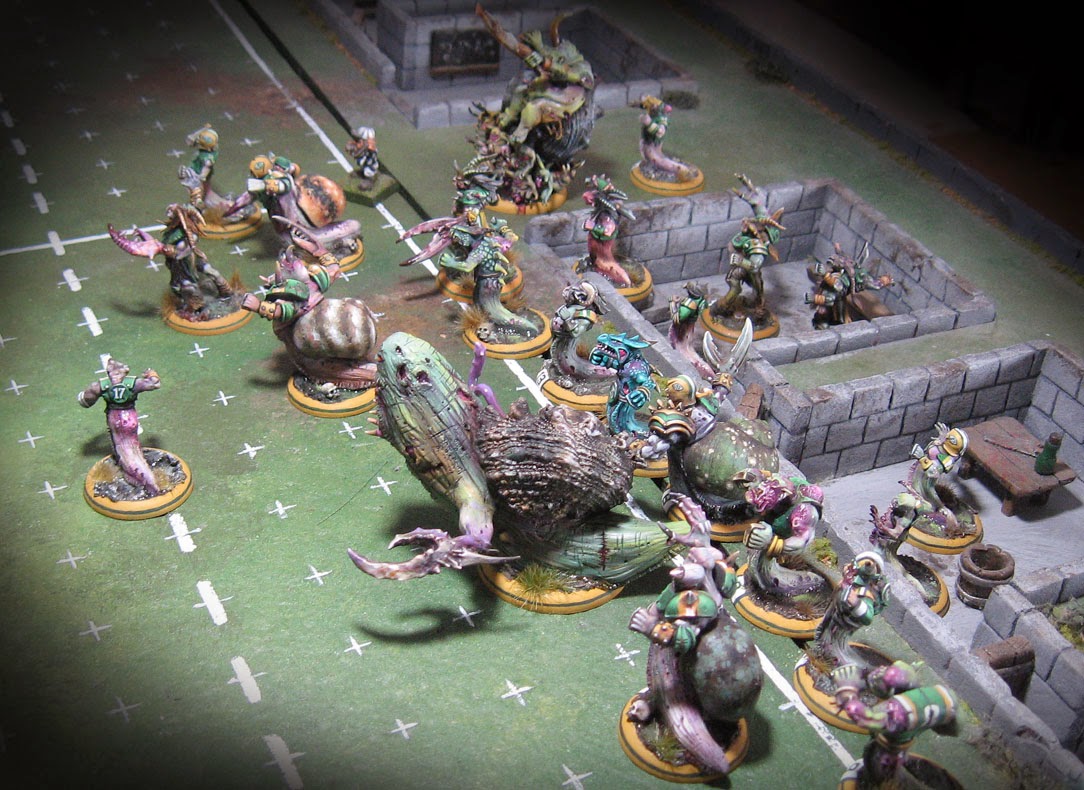 Da Coach gets them away from the chalkboard and out into the swamp! 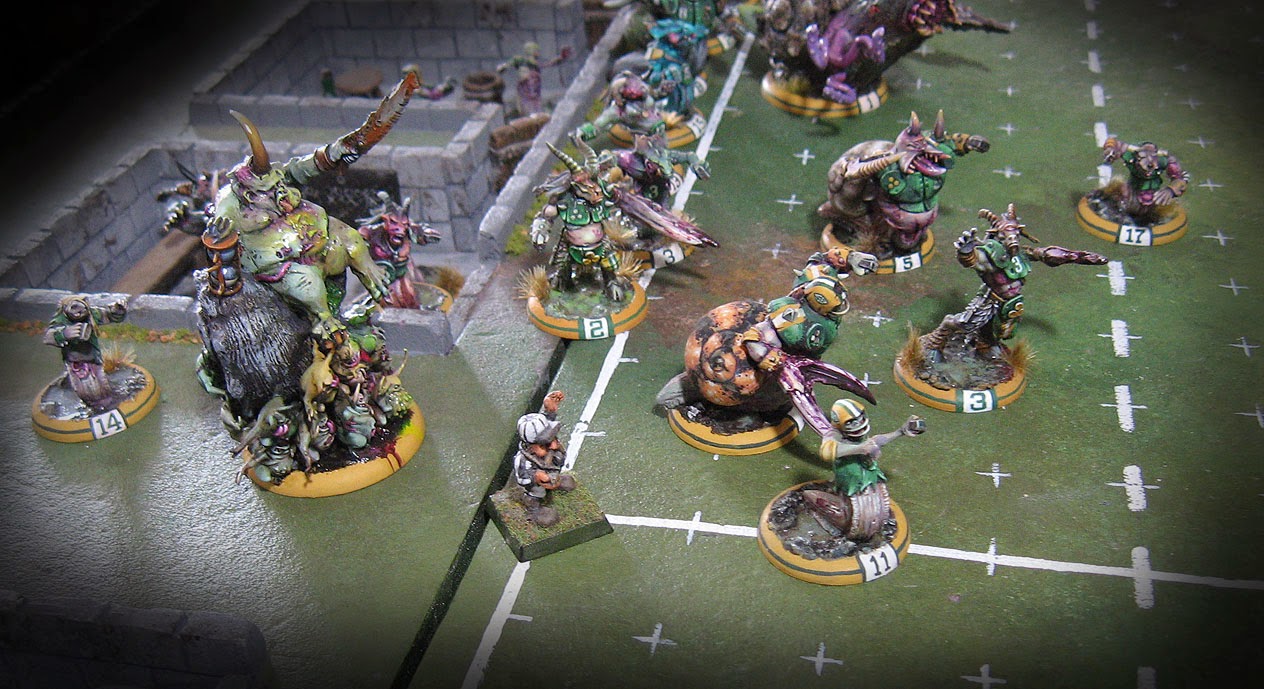 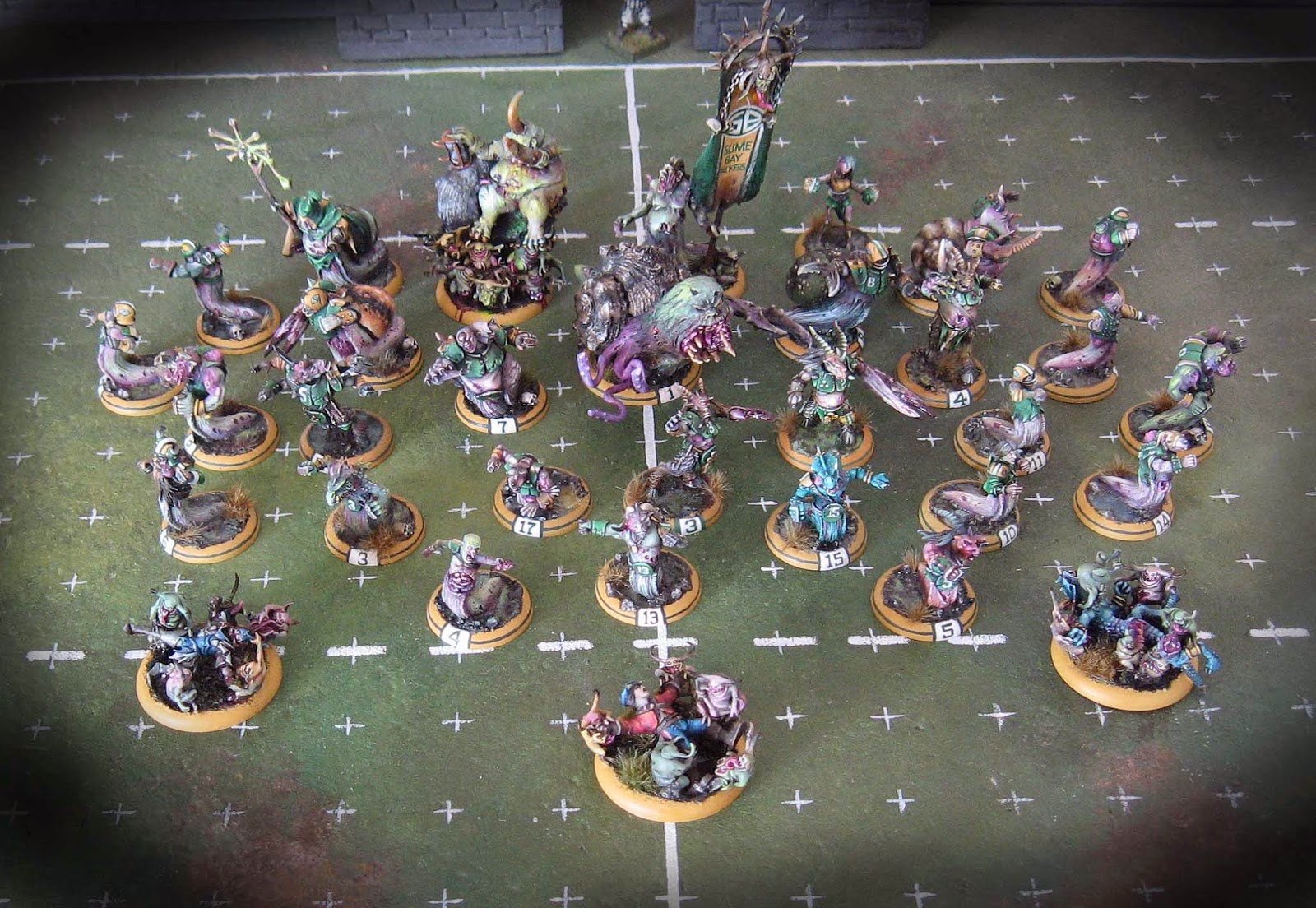 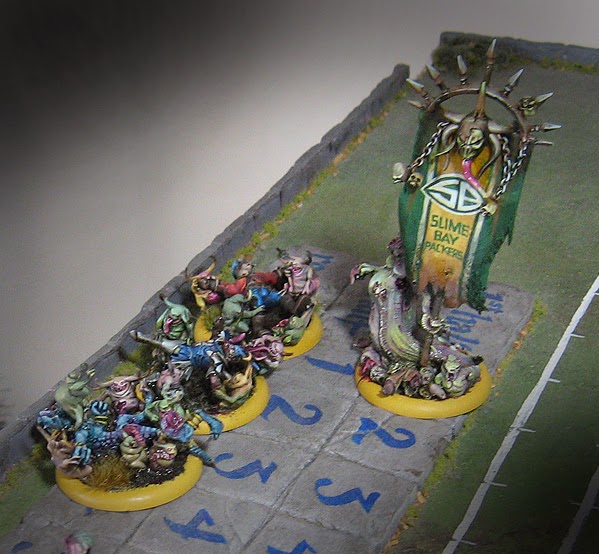 It will be hard to forget, since he's so tall!!! 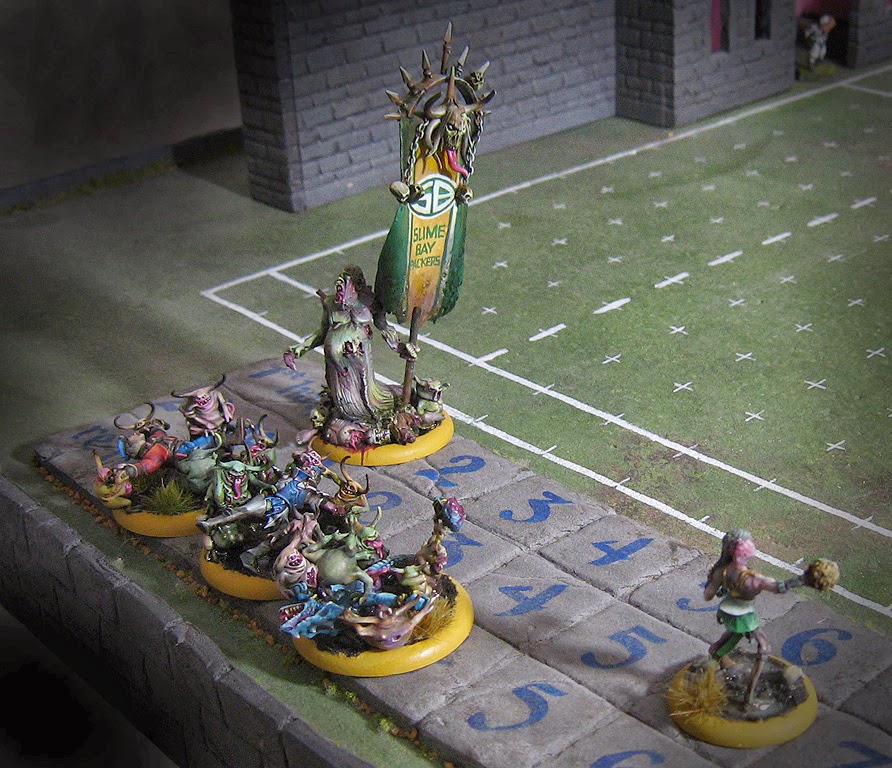 Check out that state of the art health center!!! 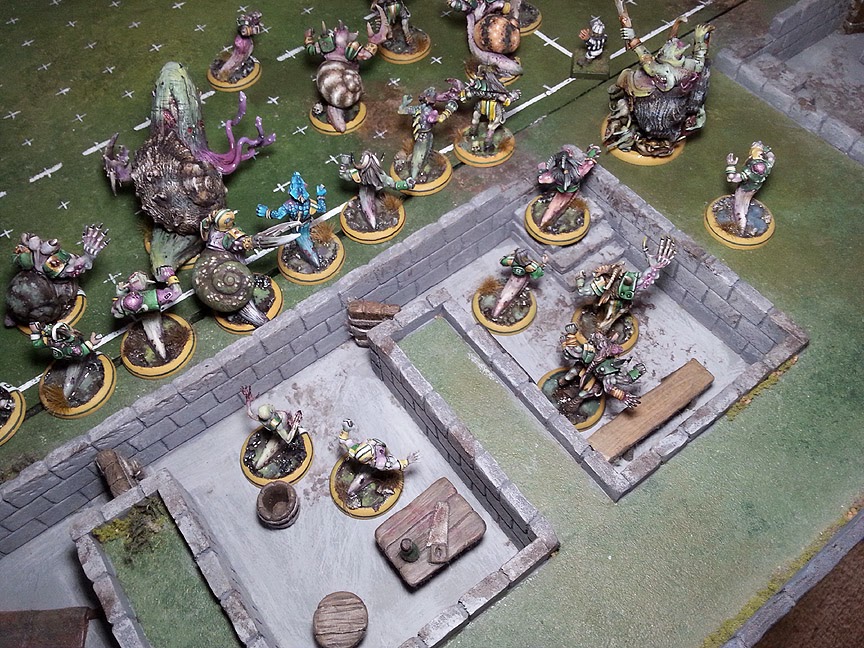 Even the refs want nothing to do with these guys. 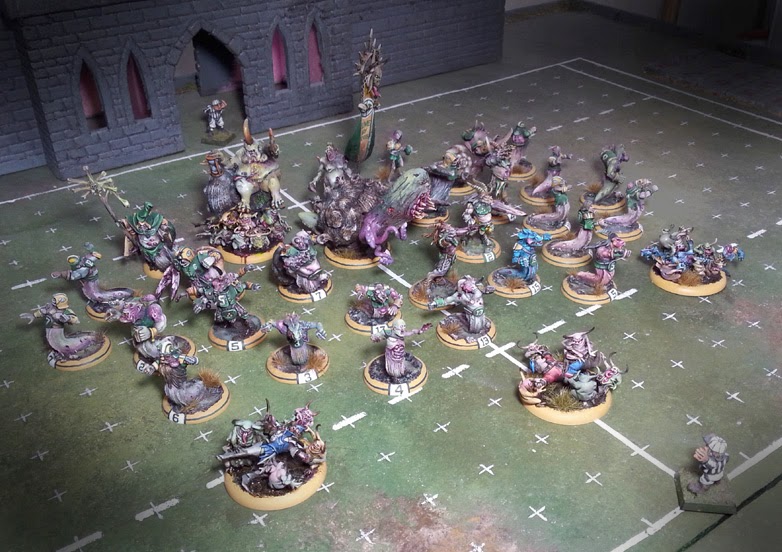 I hope you enjoyed this project!  Quite an adventure from start to finish. 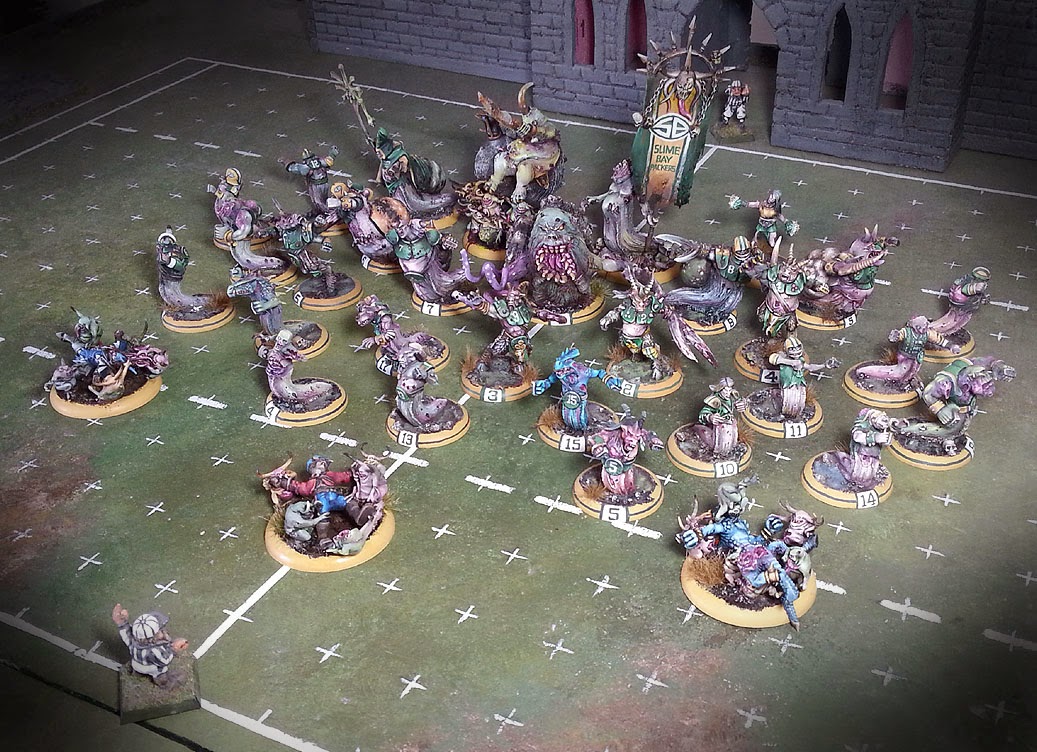 Posted by wappellious at 1:33 PM 2 comments:

Get back on the Bus 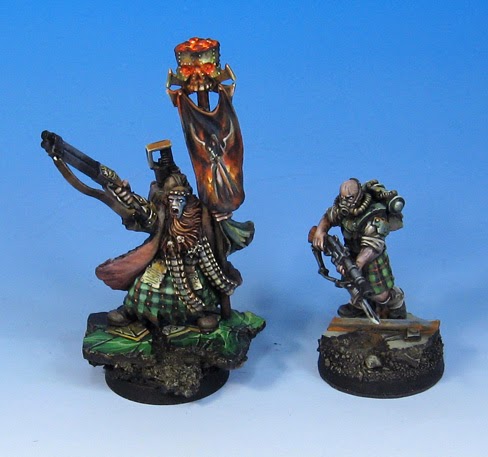 Now you can see one of those recent bases with a mini on it!

This is one of my HQ choices, and it is a figure that has been sitting around here for at least 8 years.  I had no idea what it was until a few weeks ago.  I always assumed that it was a Necromunda figure or something like that.

When I read a bit about what he does with his stats, and the story of my army, I thought he would be a great fit.  He will have to be renamed, however. :-)

I needed something that would tie together the all male Imperial Guard contingent to the Sisters a bit more.  His somewhat wild looking appearance plus the fire he's toting did the trick!

Plus, I think he might be able to boost the Guard around him during the course of a game. 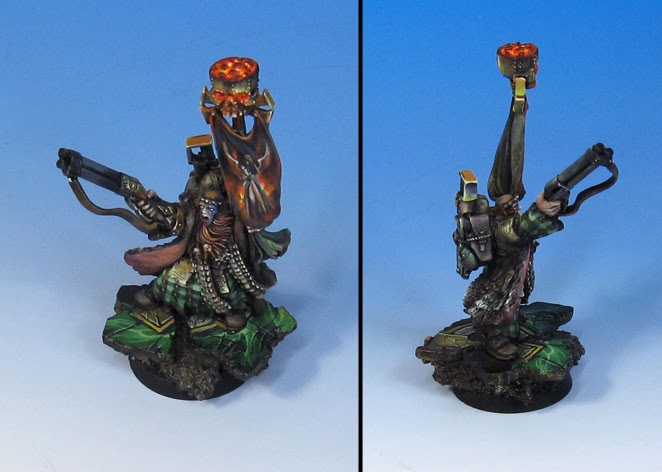 As far as the story goes, he is the one higher level element that has kept his original clan tartan.  Normally such minor concerns are set aside upon being inducted into the Sororitas. 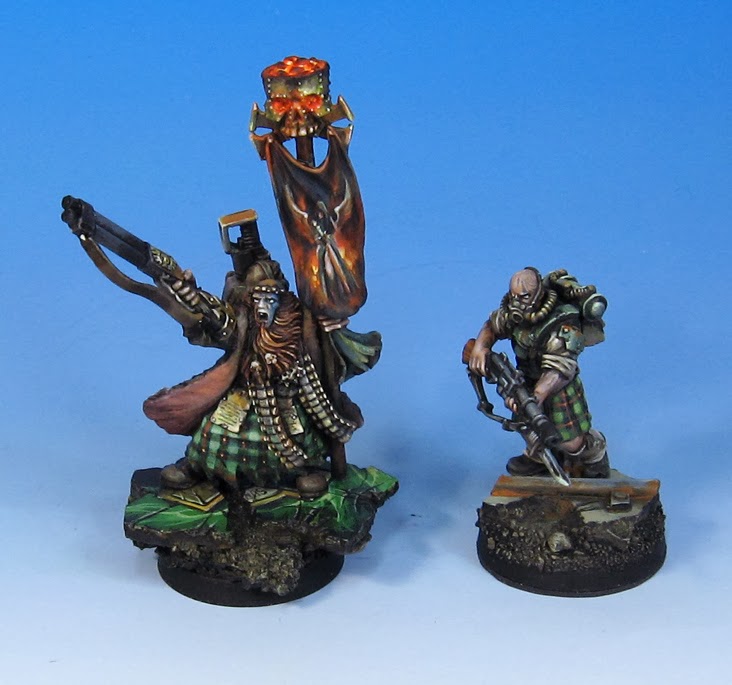 He still carries a banner dedicated to the Living Saint (you already saw this graphic on the larger base yesterday).  I look forward to constructing the cathedral which will bear many more images of that character! 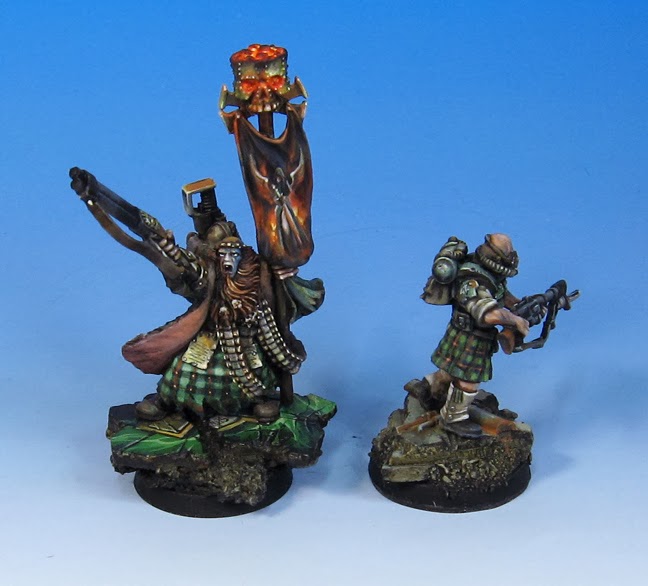