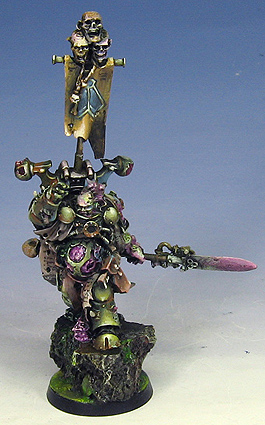 At long last, this figure is done!  It has been around for a while now.

As has been mentioned on the previous step by step threads, this is one of the neater "space marine"  unnamed, non terminator armored characters.

Usually Nurgle marines are the domain of Cathy, who loves her Nurgle!! 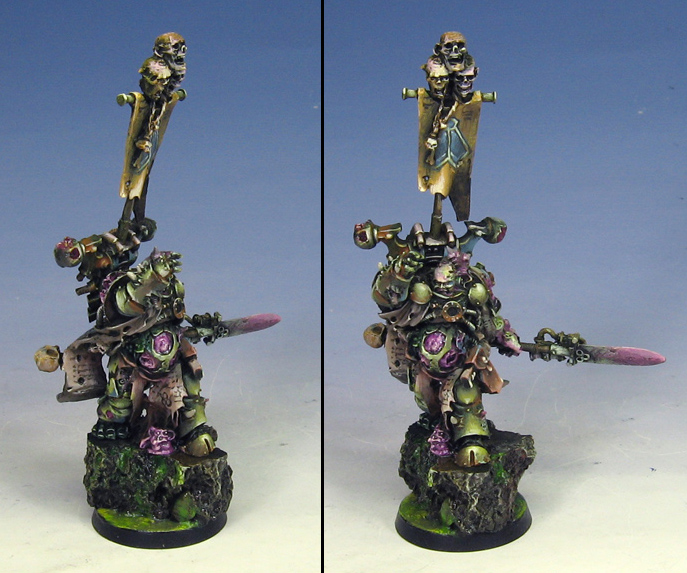 The way the left hand is holding the halberd has been the same position I have done on a few of my earlier Grey Knight characters from years ago.  It was quite a surprise to see that pose now! 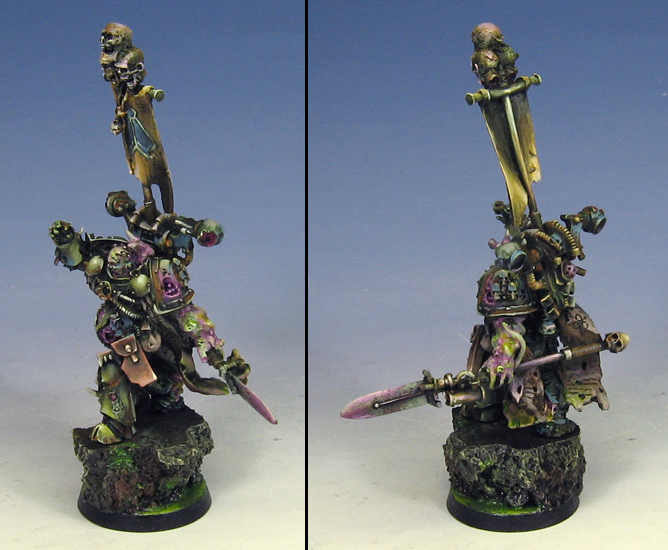 I wish the photos could show more of the wild and crazy color combos.  In the future, I may try shooting some video of painted figures to see if that kind of 'live view' might help in that case. 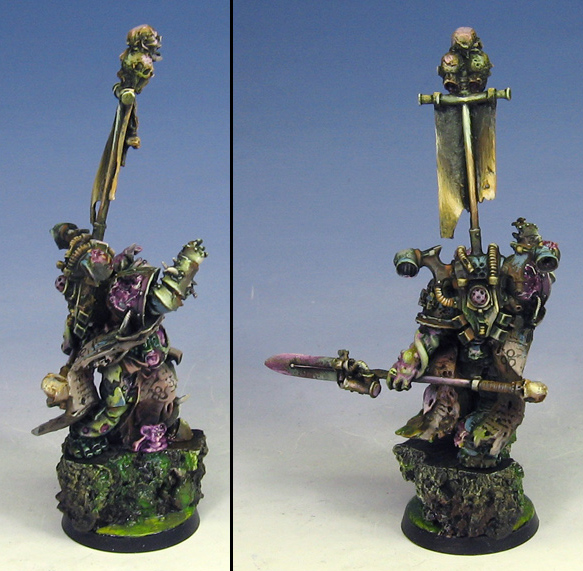 Mixing in the fluorescent paints with the 'ardcoat was a great find during this whole Nurgle project.  Always learning something new!!! 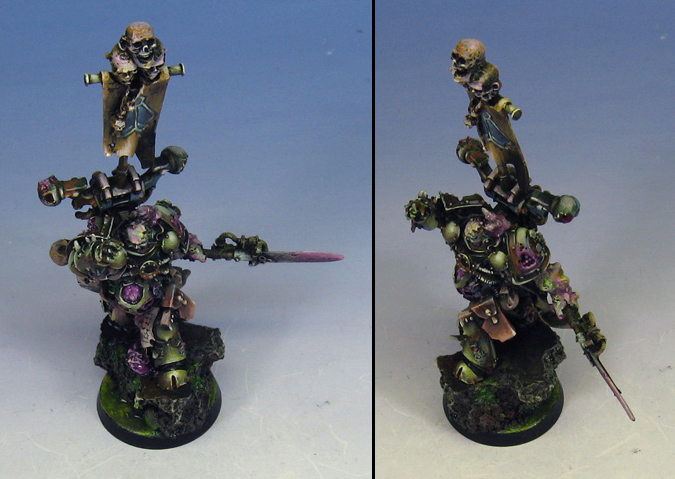 I almost never used 'ardcoat for anything, but trying it out on these figures has opened up a whole new area of techniques.  Constant experimentation is so vital.  Not only does it lead to improvements in painting, it keeps things fresh! :-)

Something stinky is coming... 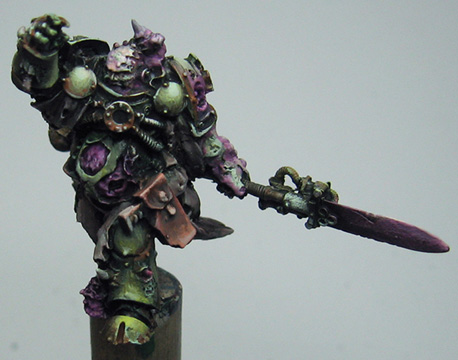 Here is something that has been in the works for a while... a Nurgle sorcerer.  It is an interesting mini that I had never heard of until it arrived.

These next few images show the usual shaded basecoat process.  Here's the banner being prepped for its darker glazes... 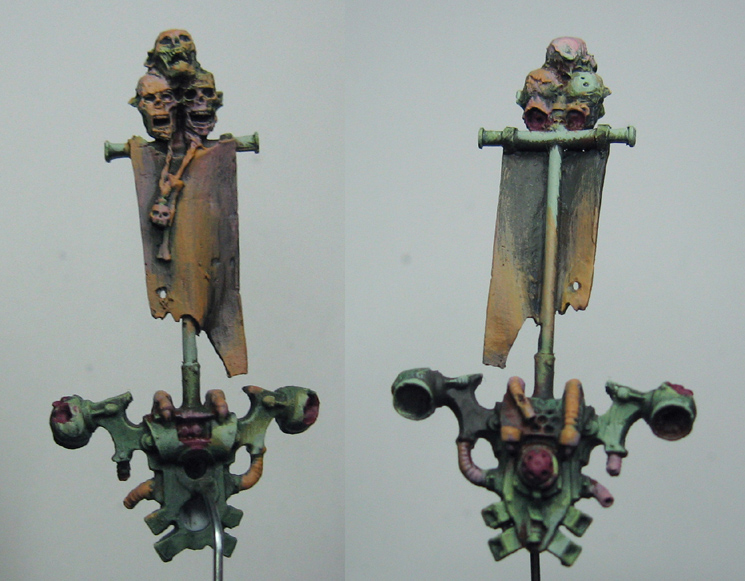 Some glazes applied.  Remember, the idea is to set up my middle tones.  I want to do a broad range of color variations in that zone, especially on a Chaos mini such as this.  Those middle tones are really key to establishing reflected light and such. 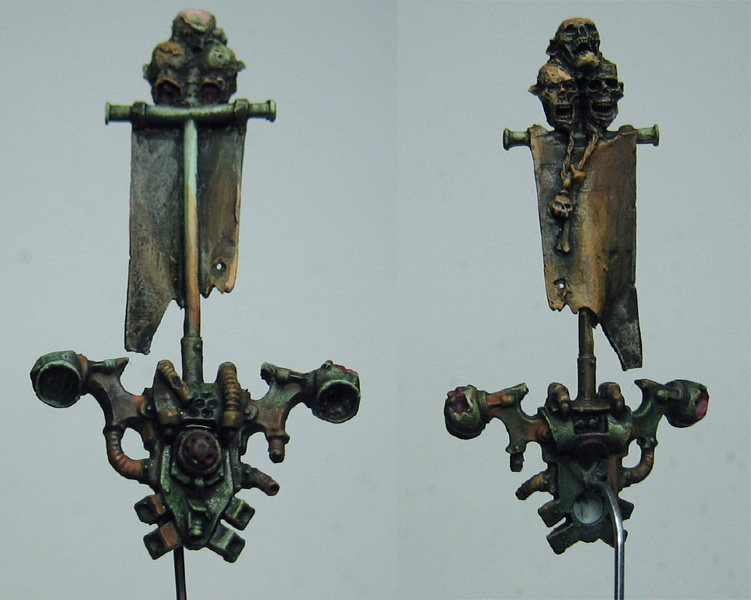 Same for the sorcerer.  Working the lights as much as possible, so that the glazes and shading will set up my darkest darks...

Don't be afraid to go super light at this stage, since lots of darkness is coming!

And here it is, some darker shading.  When it comes down to it, many transparent glazes and washes take a lot less time than a similar amount of opaque paint layers!

Part of those middle tones is your weathering, such as rust, which is what I like to add right after the shading/glazing stage.

More work on the banner and sorcerer.  Stay tuned for the final images tonight!!!! 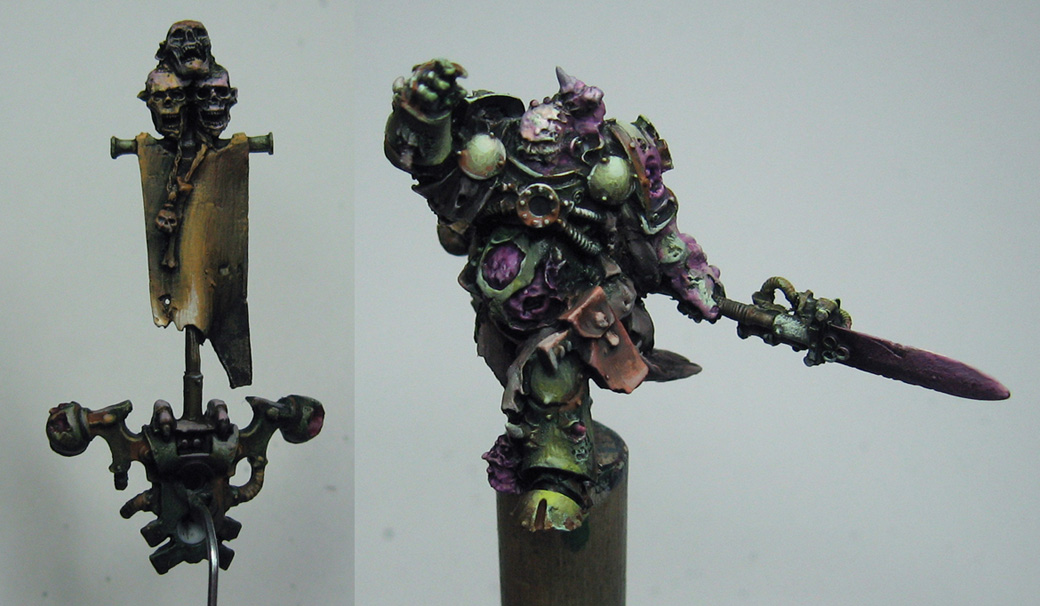 The Flying Tigers: The finished figure 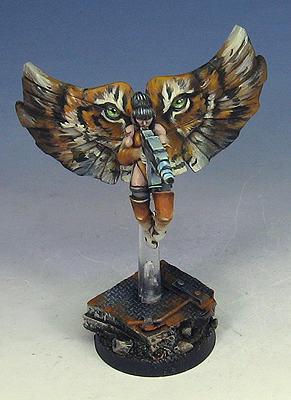 After all the steps displayed in the previous two posts, I am left with this completed figure. 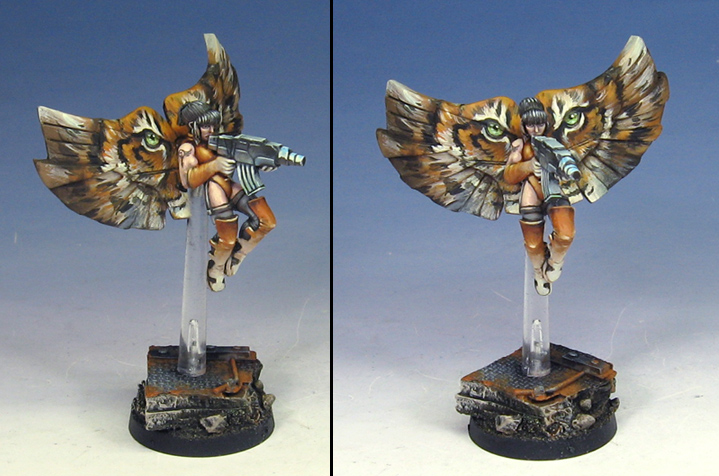 It was very fun!  I look forward to trying out some more, as I try to refine a painting DVD to be created around it. 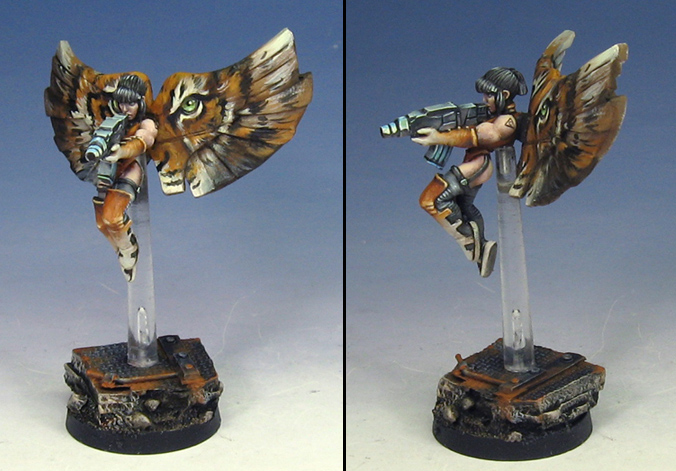 The next figures from this group will probably have additional markings and insignia. 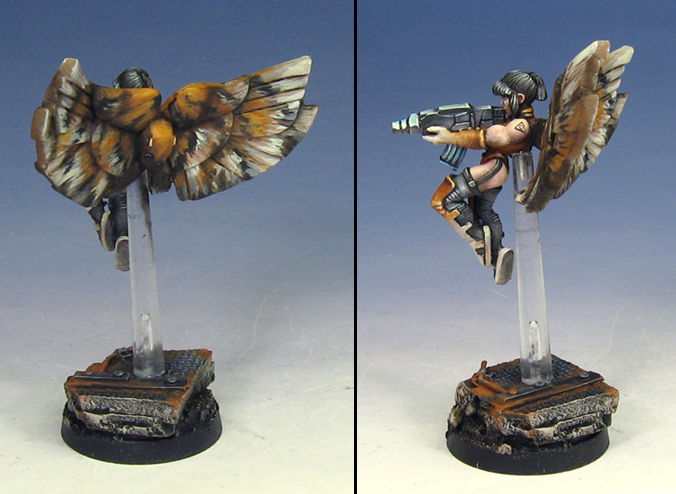 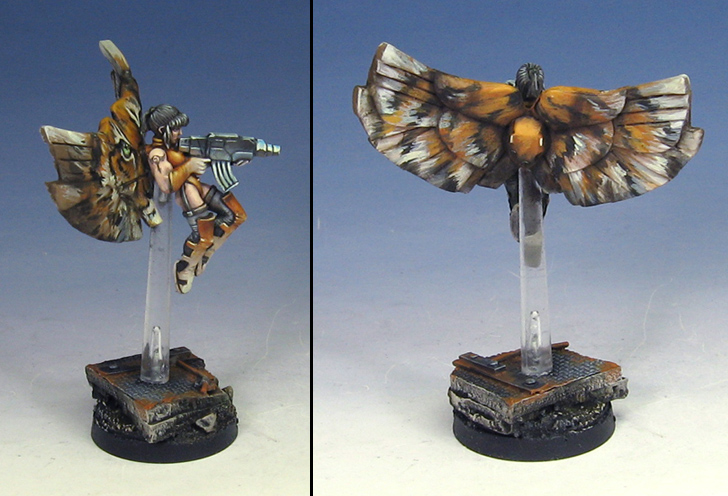 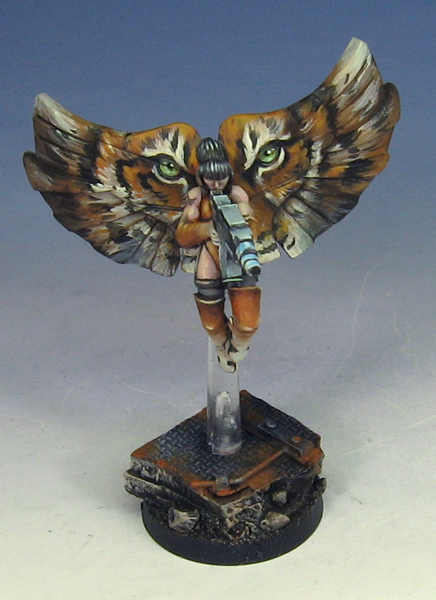 Posted by wappellious at 2:20 AM 8 comments: