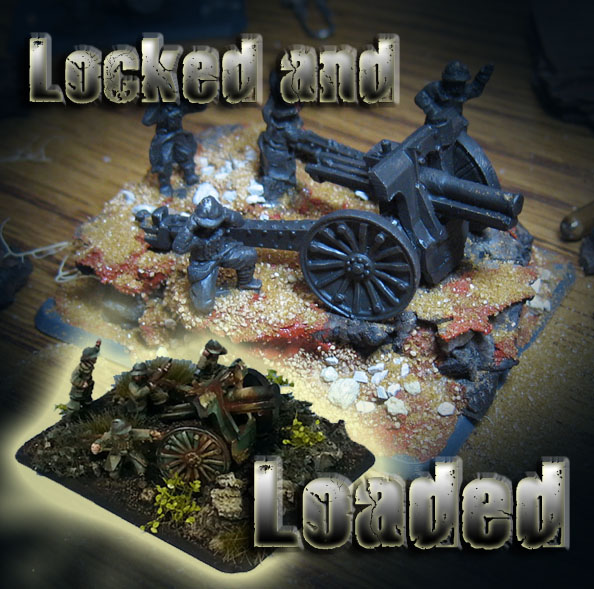 After the experiment basing the French anti-air 75mm gun unit, it was time to apply those lessons to artillery pieces, such as this howitzer.

Bulletin board cork, oxide paste and gravel will feature prominently once again. 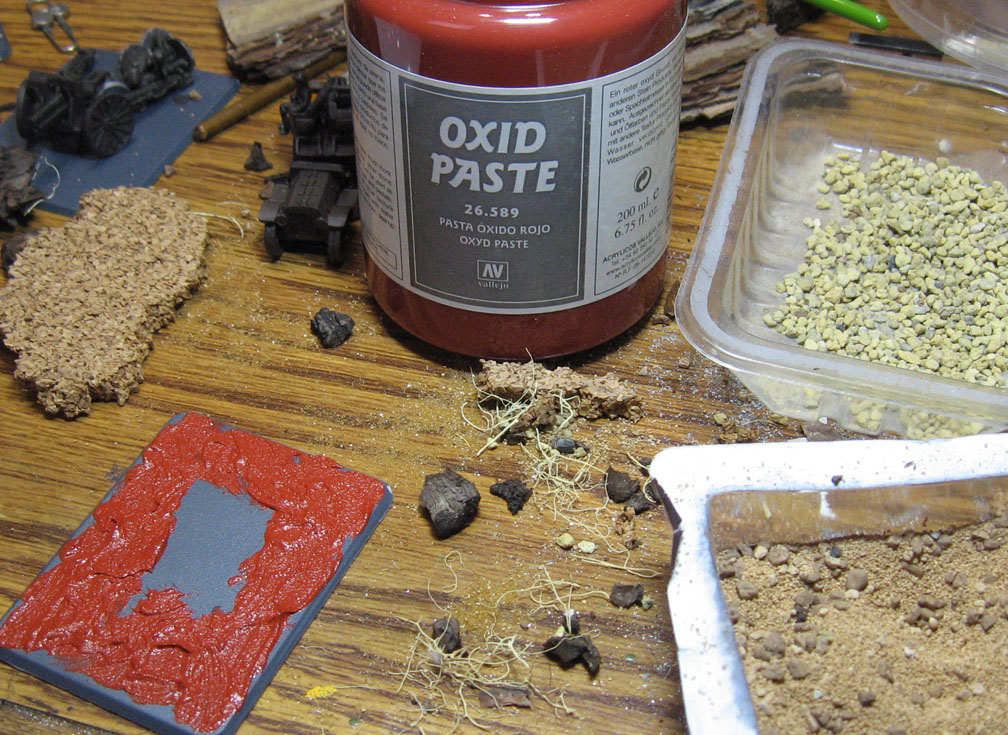 I knew these would me much more tricky than the AA, as the footprint of the gun was larger, and then I would have to deal with the crew! 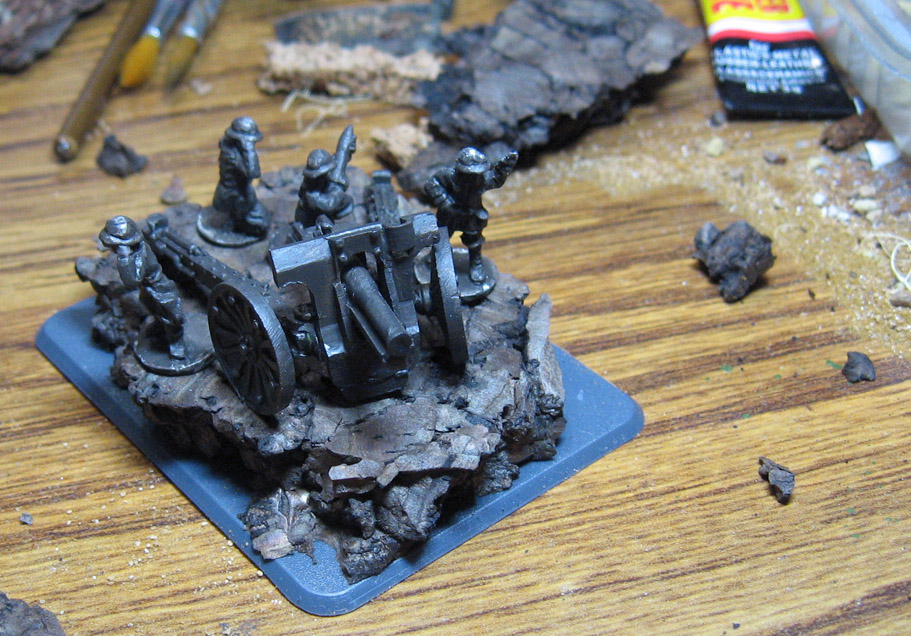 I tried to make the cork piece large enough that I could fit all of them easily.  On other stands, I will vary the height on some of those crew members.  I also need to space them just far enough apart so that I can still get paint on those little buggers!! Just as with the previous step by step, Oxide paste and glue are put down before the cork, with gravel added from course down to fine sand.

The last bit to be added is the tree roots, so this looks like an eroded hillside or something similar. 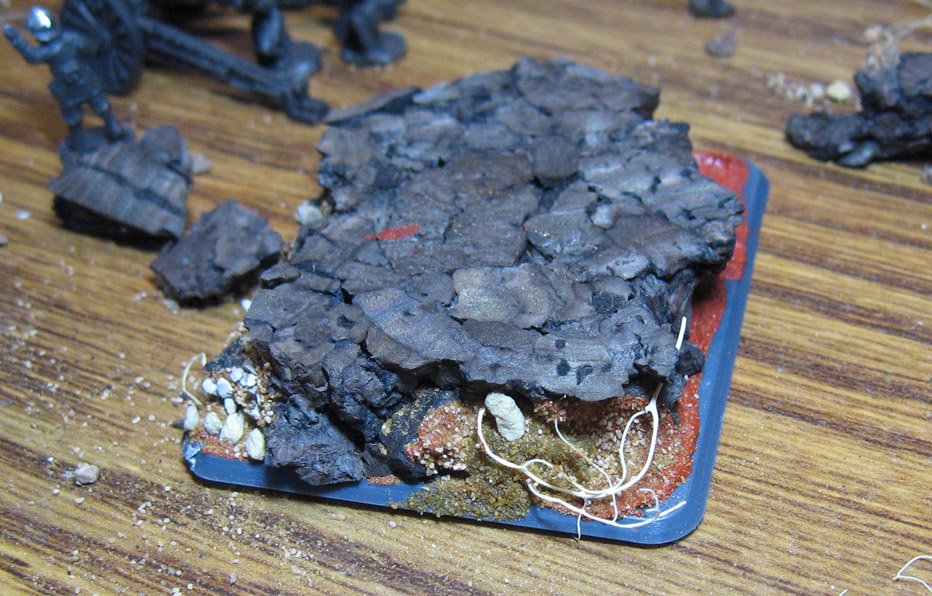 A dab of Oxide Paste is applied where the crew will stand, as well as a dot of super glue. 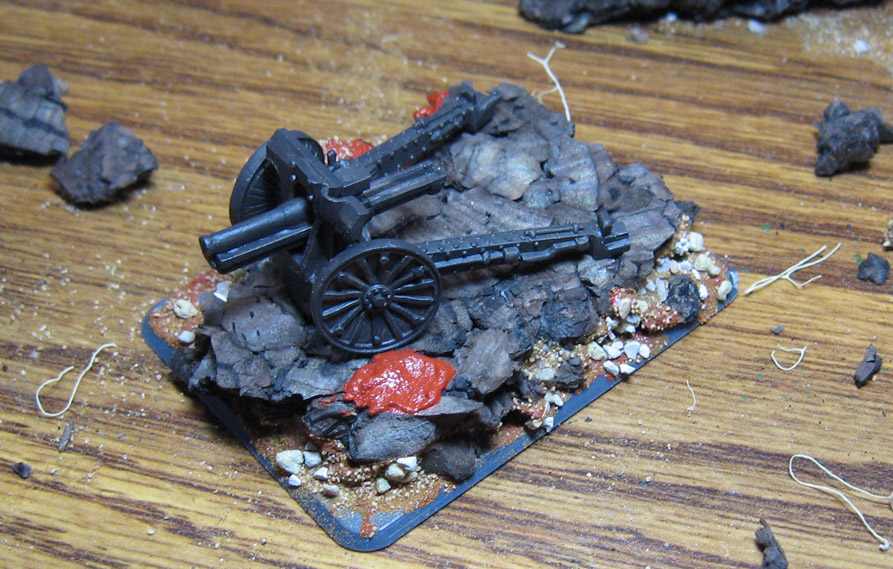 On subsequent stands, I clipped off most of the round metal base on the crew. 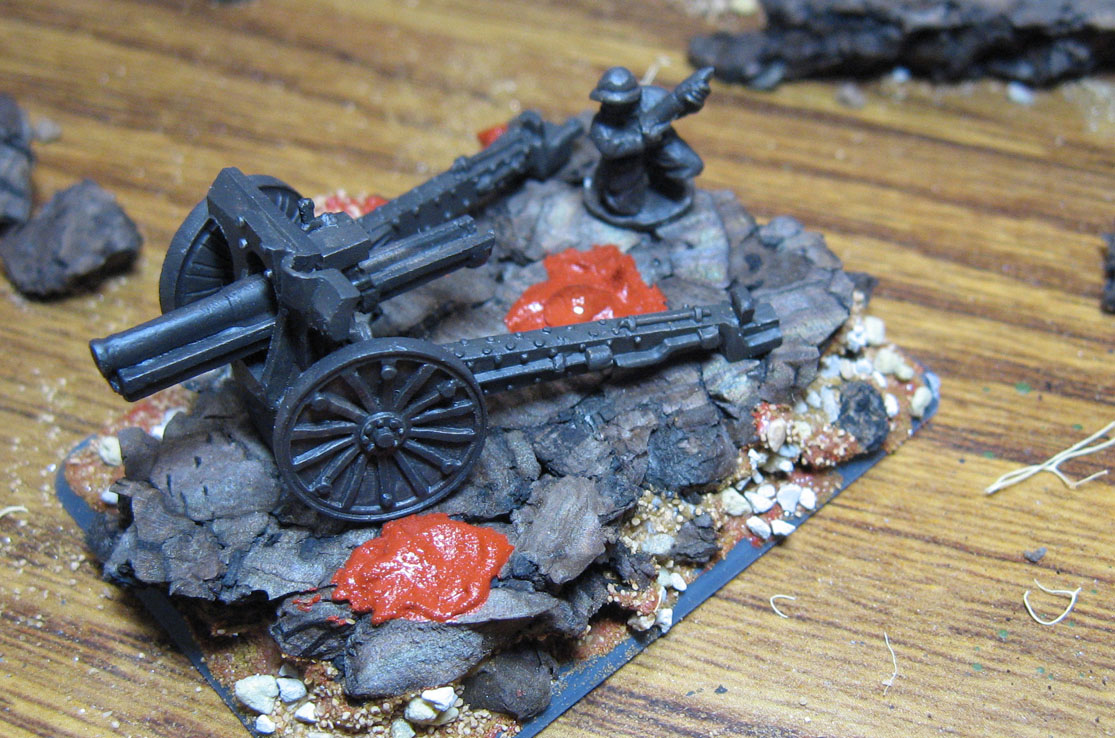 The crew is added, and now the gun can be removed in order to fill in all the gaps around the crew member's bases with paste and gravel. 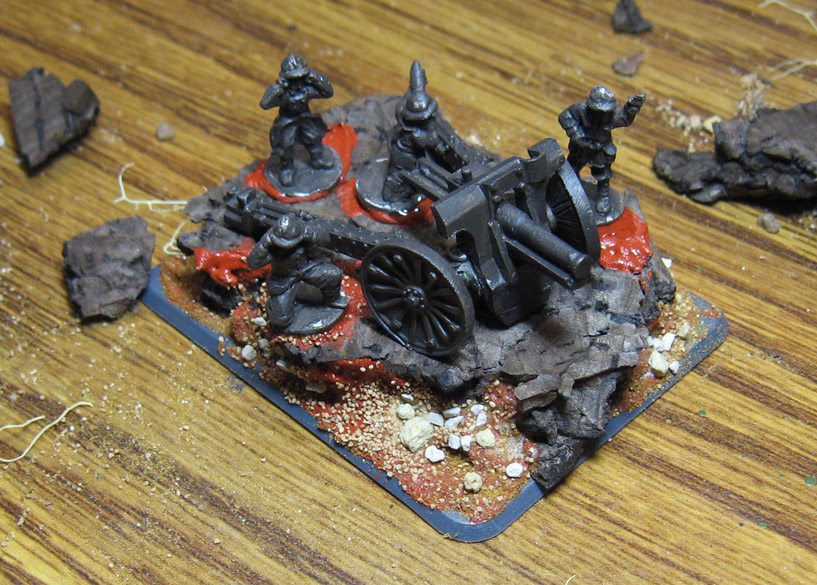 I added some elmer's glue to the paste so that the gravel would adhere more firmly. 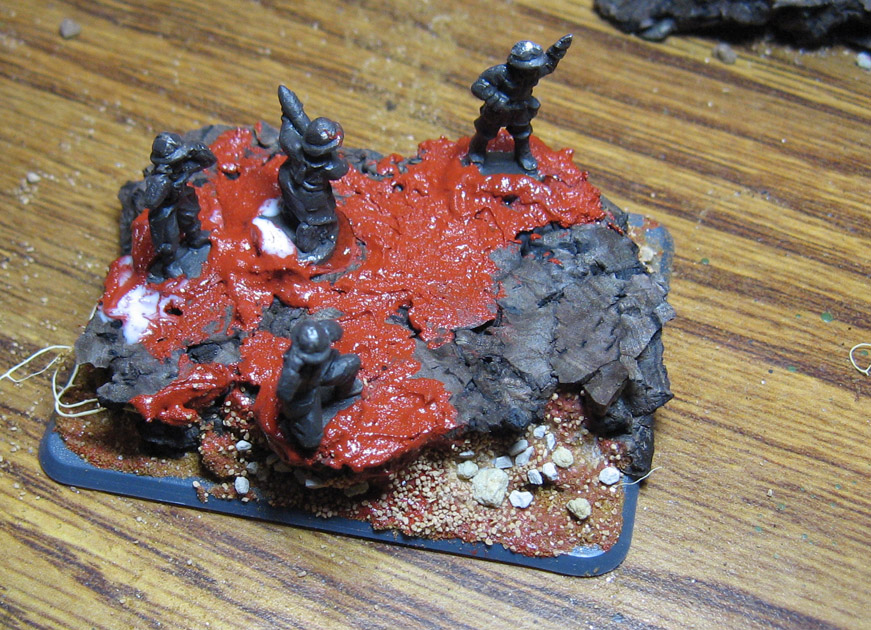 I was careful not to add too many heavy gravel pieces, since at this 1/100 scale, they would be massive boulders. 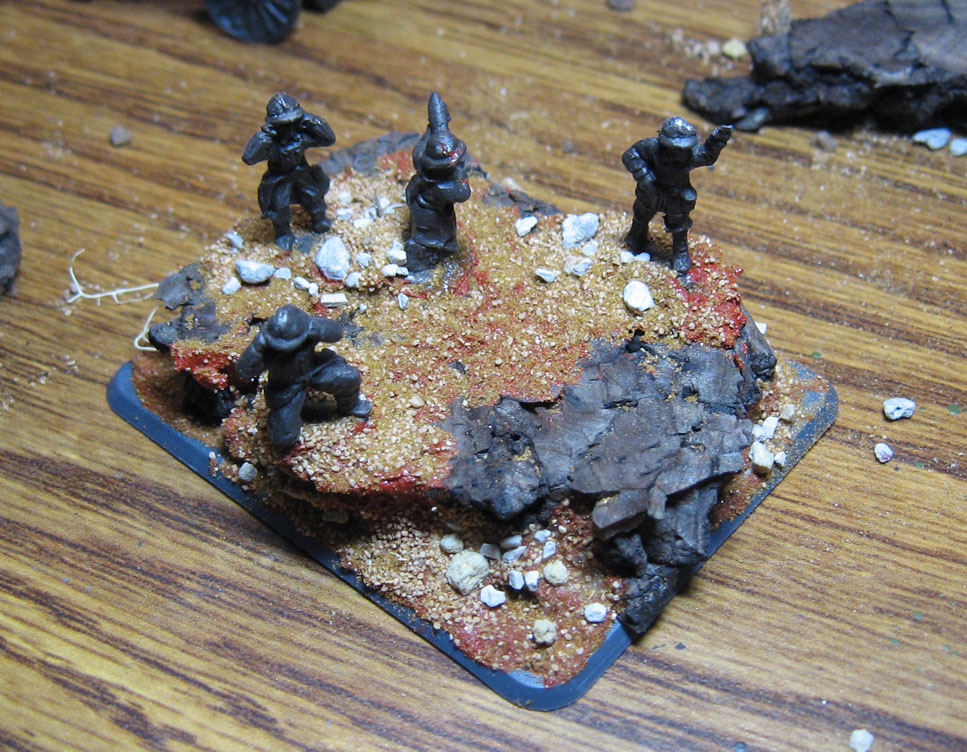 Near the ends of the stabilizers, I made small mounds to make it appear as if the gun was pushing itself into the dirt with the recoil of firing. 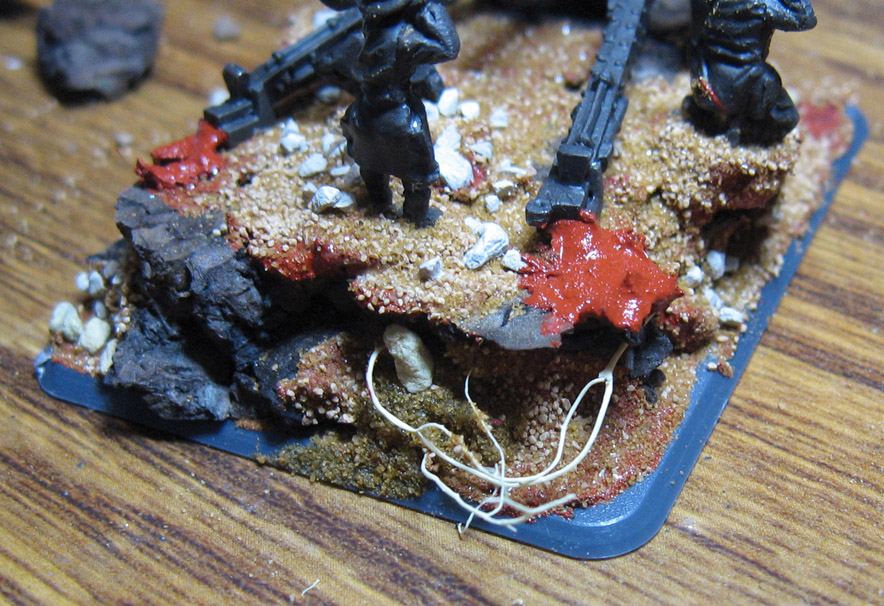 Fine sand and roots added, so that once painted, it will appear as a dug in position. 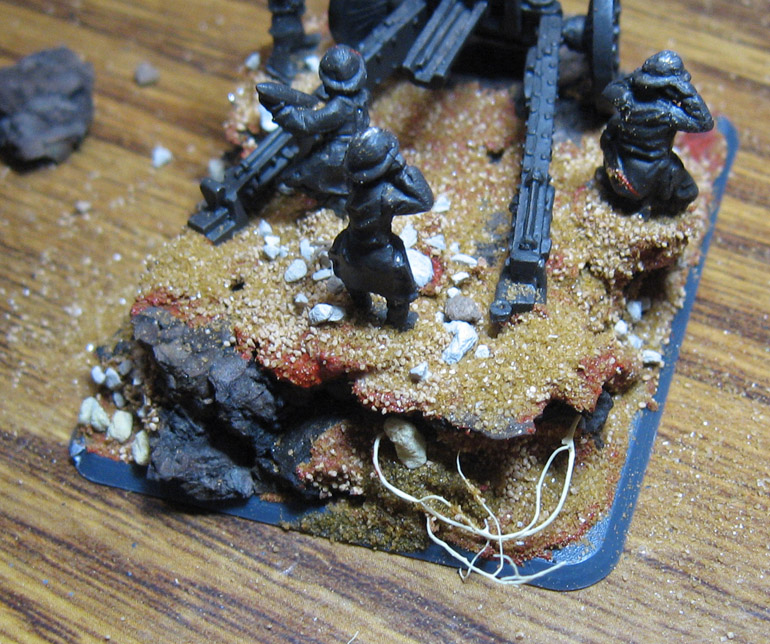 This stand is left to dry (along with many others!) and awaits painting and flock. 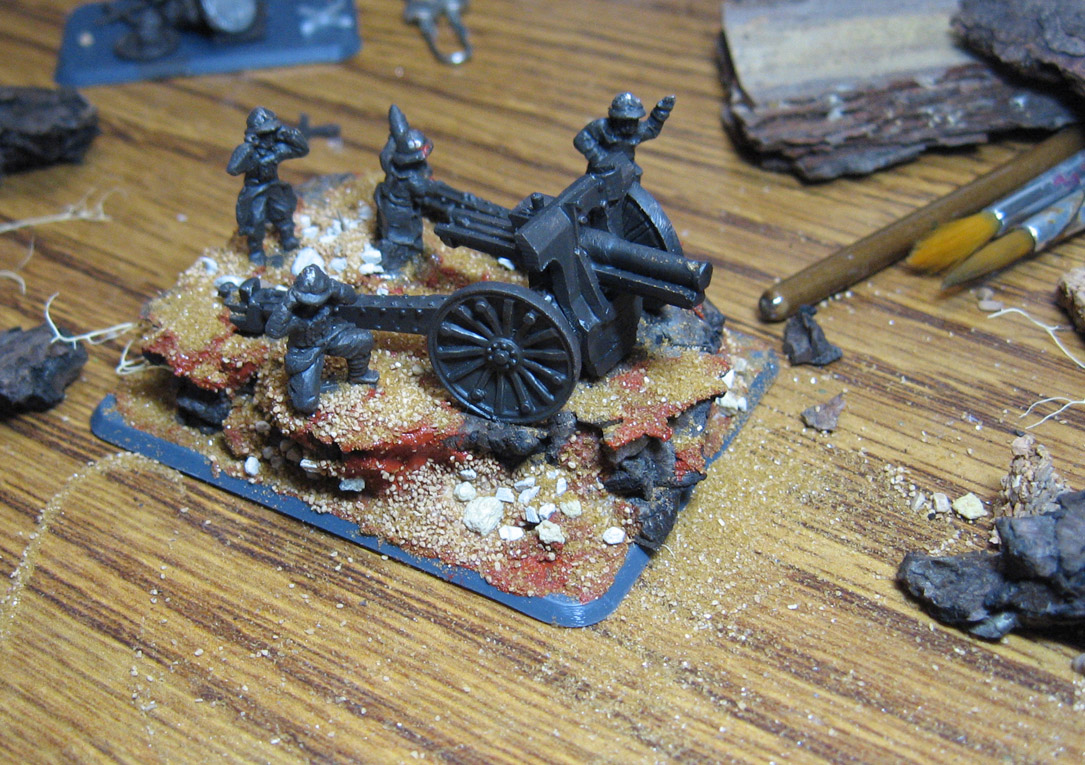 Here's a sneak peek at one of those bases with all the finishing touches.  Stay tuned for much more on the French artillery!! 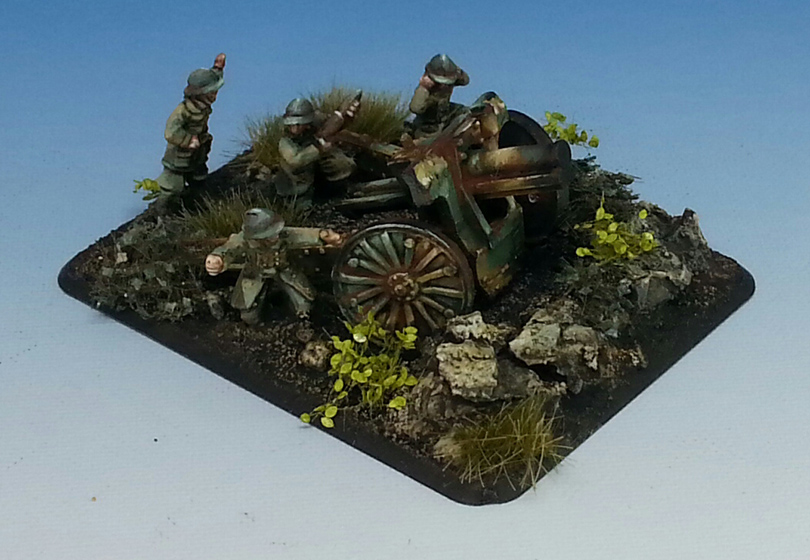