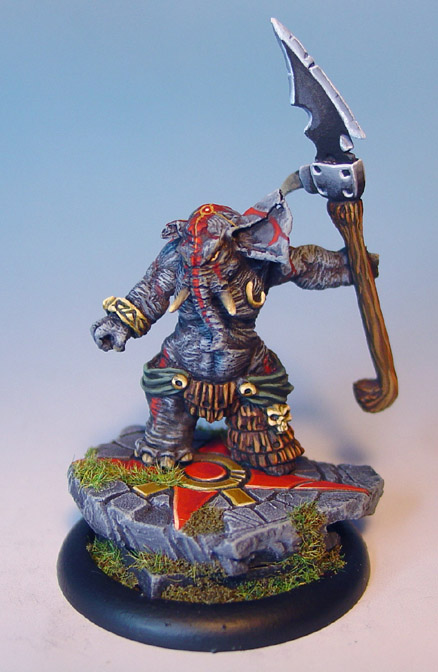 We step into the way back machine once again with another set of miniatures from MSB Toys.  You already saw the Rhino man.  I painted these back in 2005, I think.

As with the rhino, the textures on the skin were pretty rough, and difficult to paint.

I do know that seeing some of these 'critter-folk' got us thinking about that line of miniatures centered around a skirmish battle game.  There were going to be a number of creature races... bears, birds, cats, etc.  Seeing the rhino and elephant men definitely put the thought in my head :-) 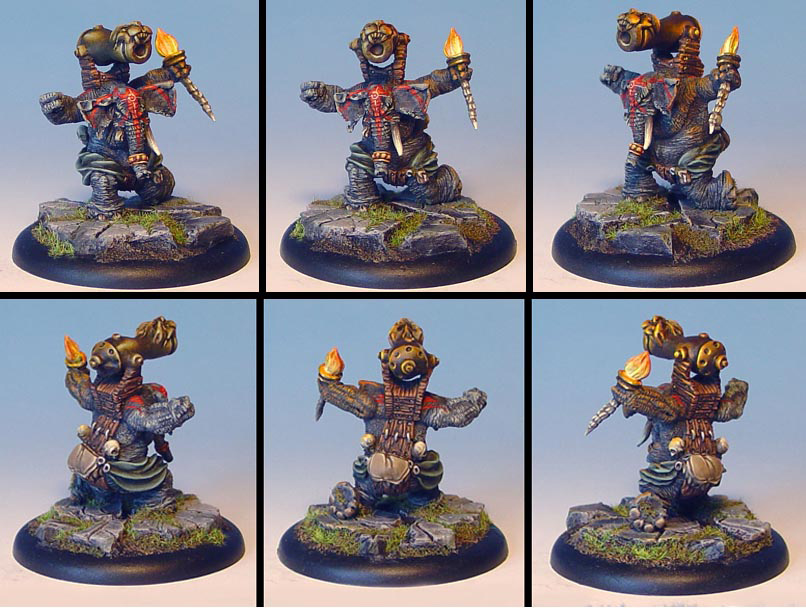 It would certainly be really fun to sculpt some of these myself, although I would definitely go bigger scale.  Say something that would fit on a 75x50 mm base, along the lines of the new dragon ogres or bull centaurs. 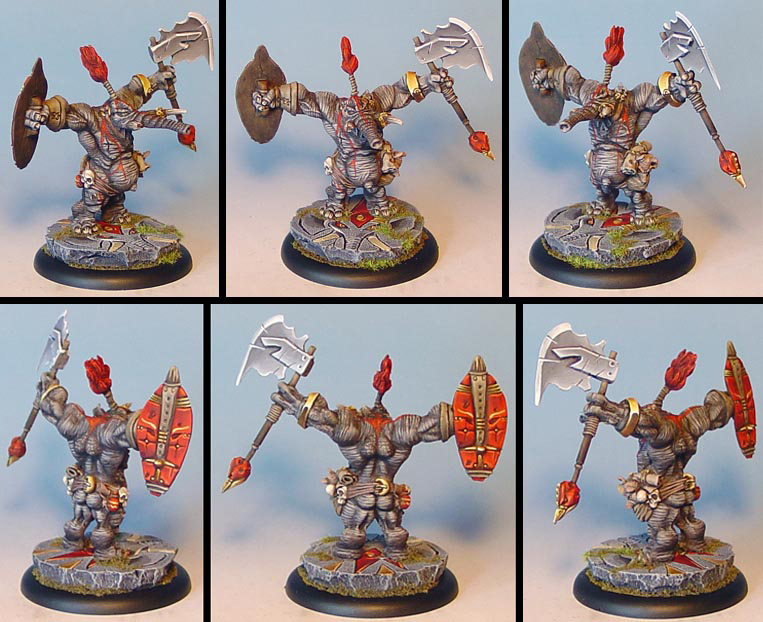 I am not sure which armor/armament direction I would go.  I think the motif of the above elephant would be the most appropriate.  Perhaps even a truly massive elephant as the large creature.  Even bigger than the Mumakil from LOTR. 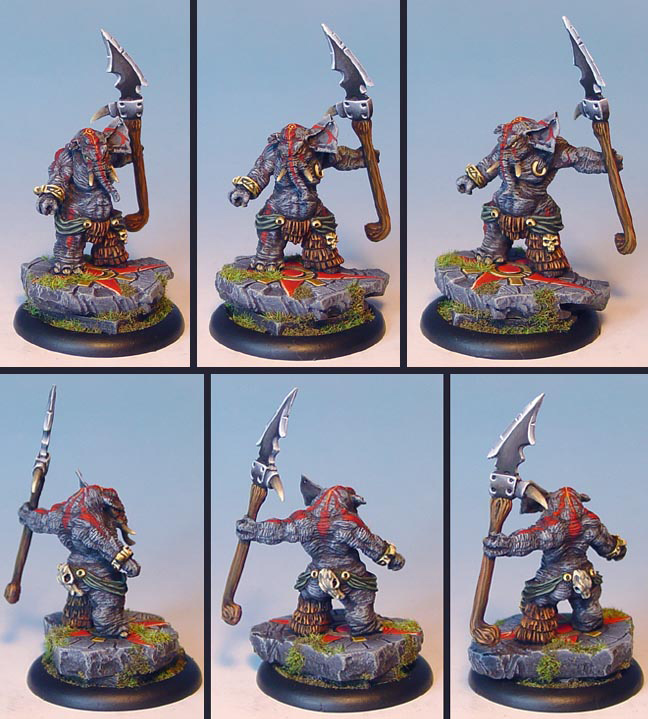 Posted by wappellious at 6:47 PM 2 comments:

Pieces and parts... another Venom 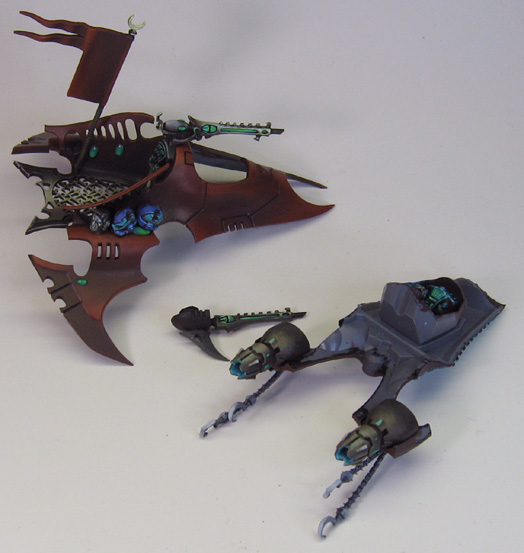 OK!  Working on another Venom.  Just as I did with the Razorwing, I tried to paint this guy with as much stuff un assembled as possible.

It is certainly much easier to paint the cockpit and pilot this way!  Obviously the banner was not attached either.

What surprised me was how much easier it was to paint the crackling lava freehand with just the upper skin of the vehicle.  I will post those images later tonight. 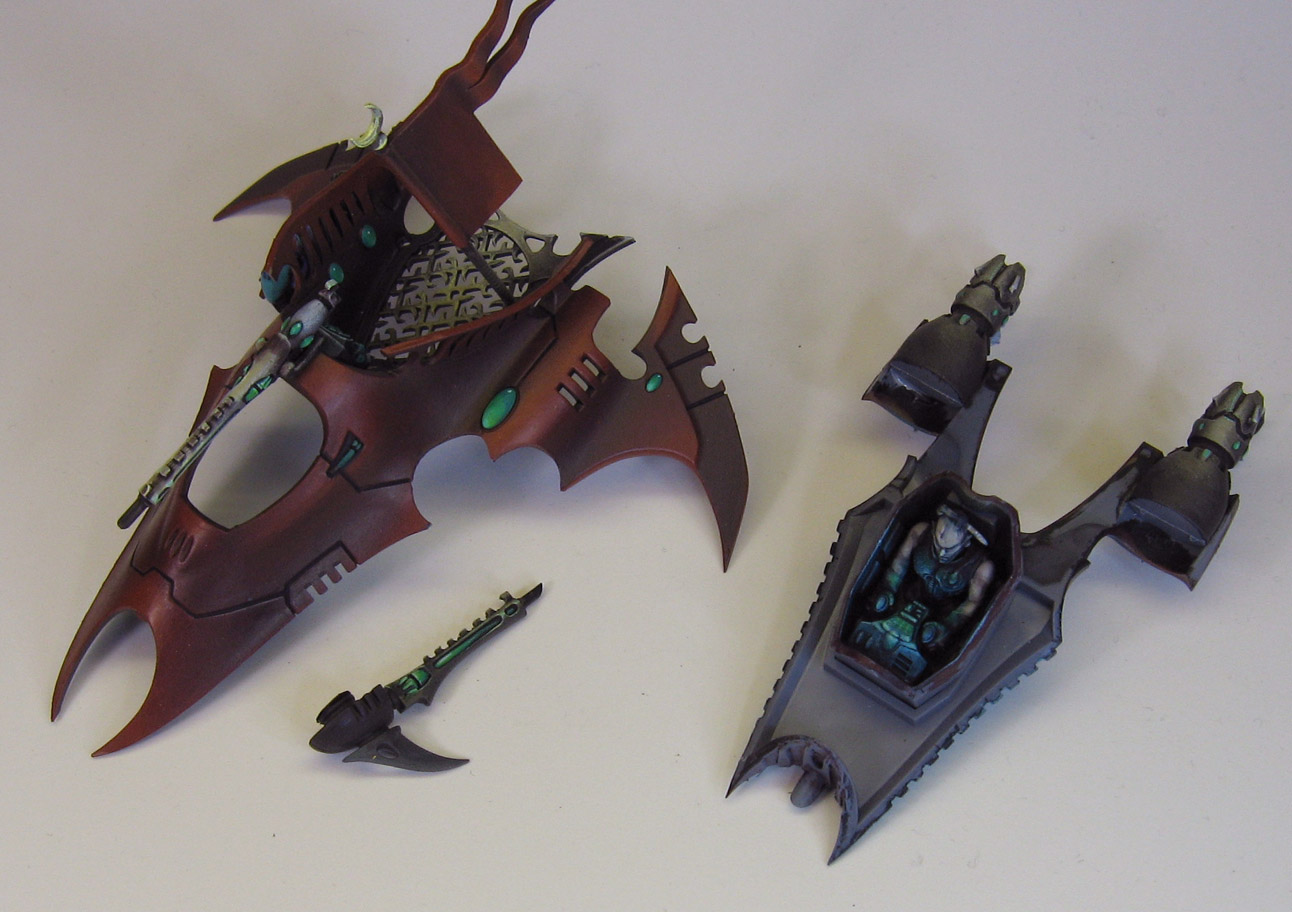 Here are some views of the cockpit and the magnetized splinter cannon. 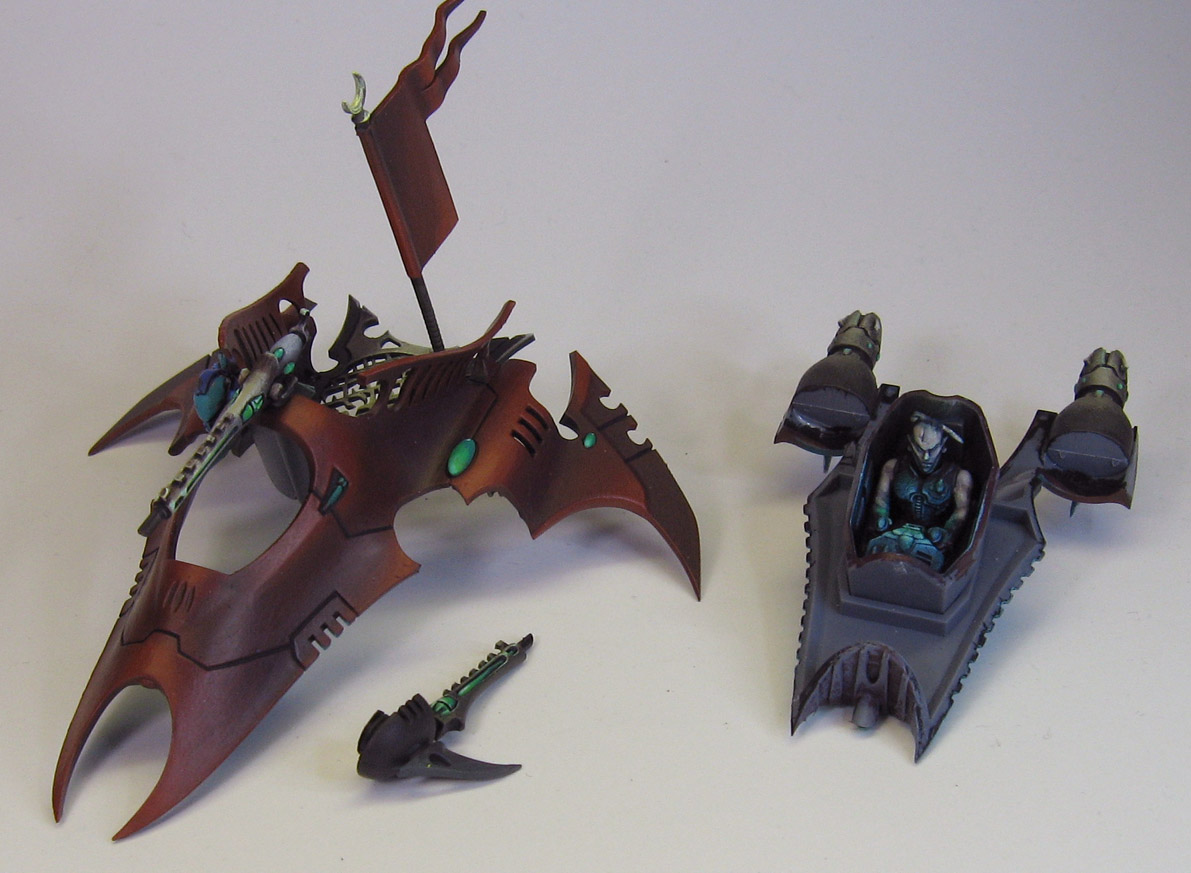 The base, made from backed sculpey... 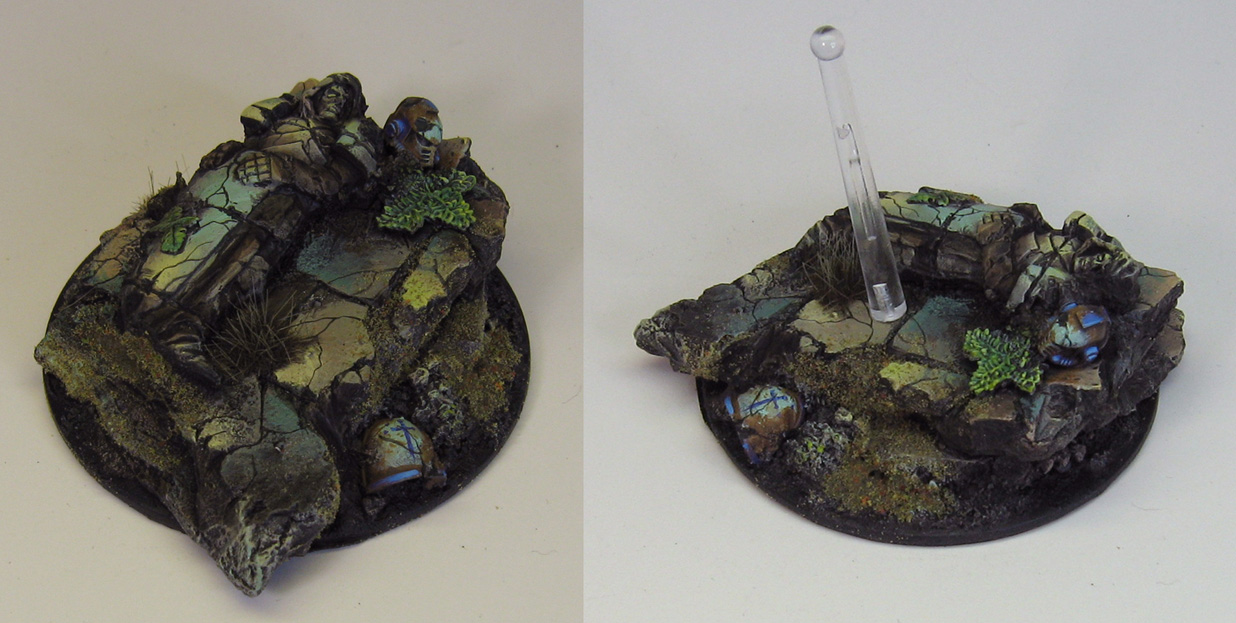 And the whole thing together.  From this point on, it was mostly freehand and then assembly! 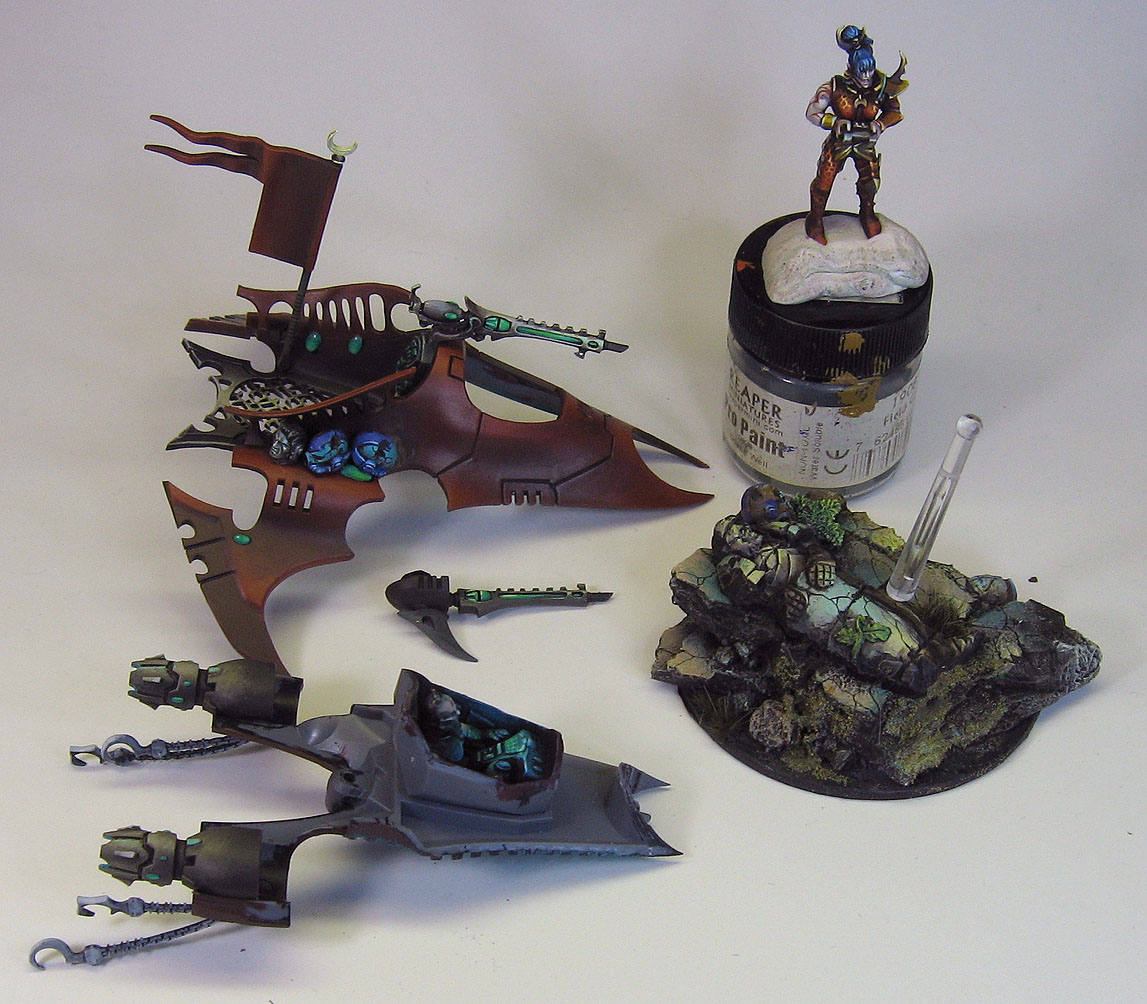