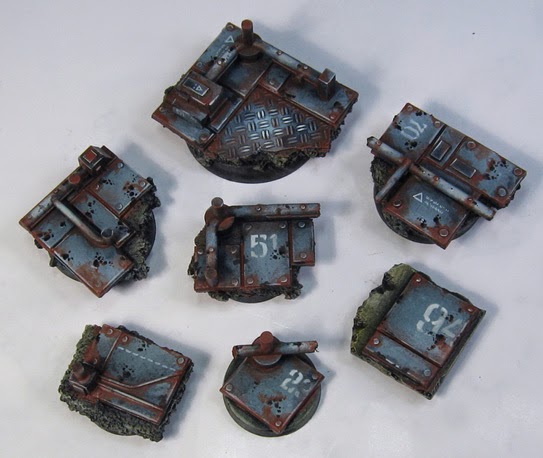 Time to finish off the Happy Seppuku and sprue bases!

I took a nice deep burgundy color and mixed than with an umber, creating a rust like color that had lots of 'sedimentation'.  This is a watercolor expression, referring to the way a color settles into crevices when the color is watered down slightly.  The 'heavier' matter sinks down into any texture that might exist. 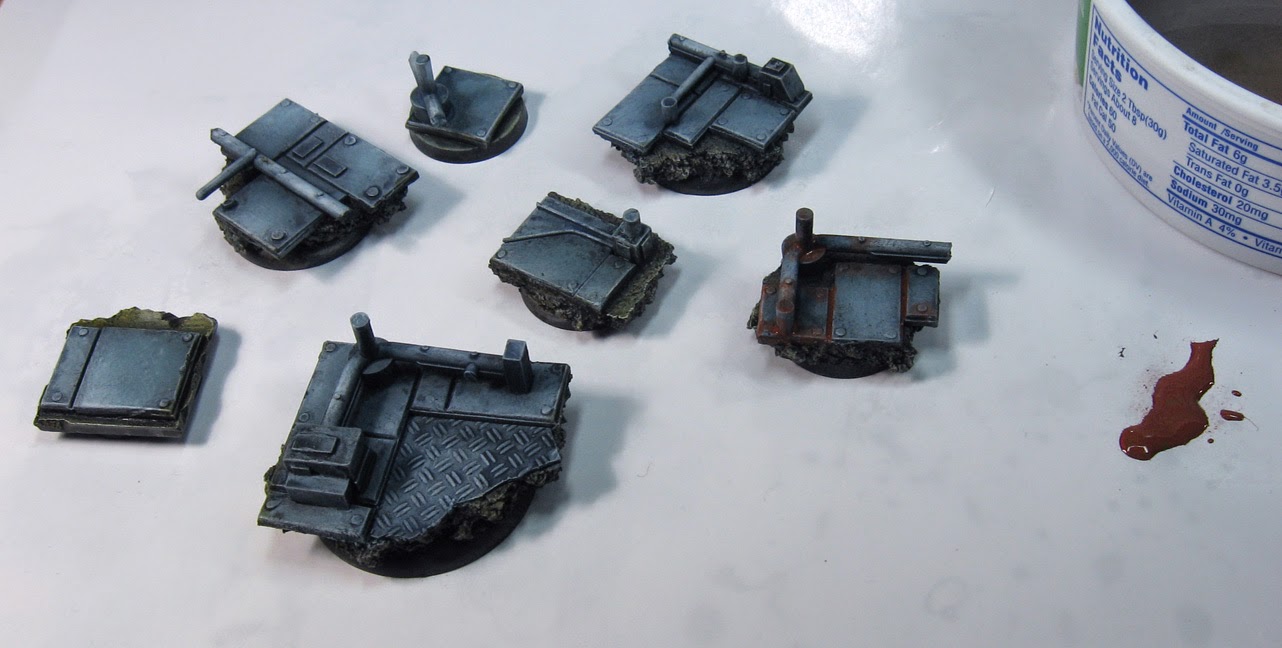 Using sculpey as I did, that made some very nice semi-absorbent texture for this sediment effect to cling to. 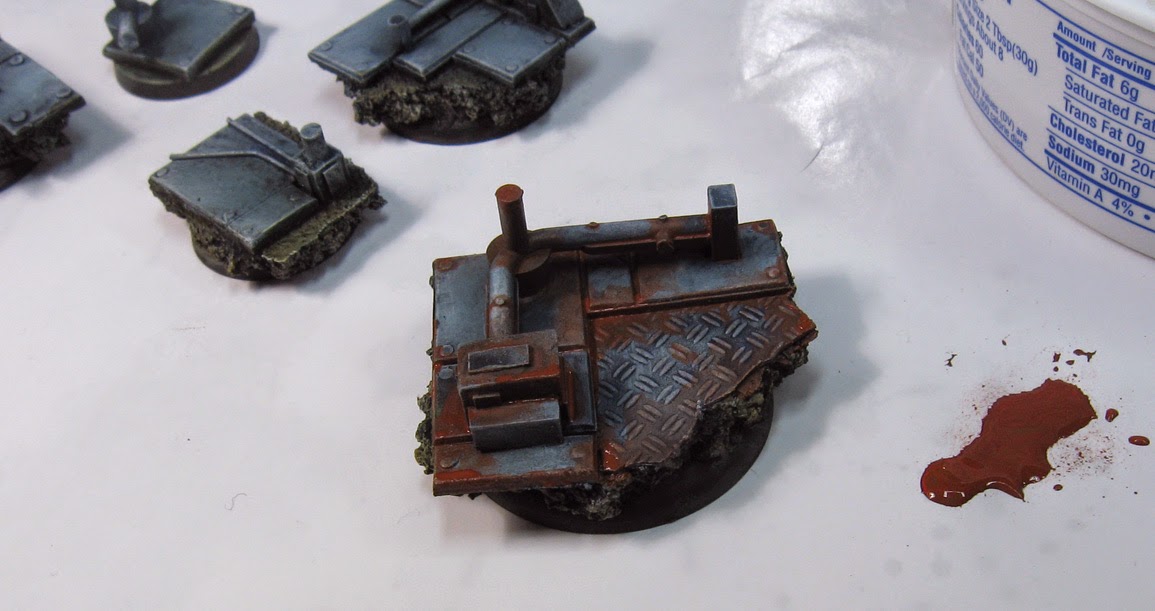 I work this color in to each base design... sometimes even wiping away some of it with my fingers or the brush.

One by one, occasionally putting some pitting effects on the wide open surfaces. 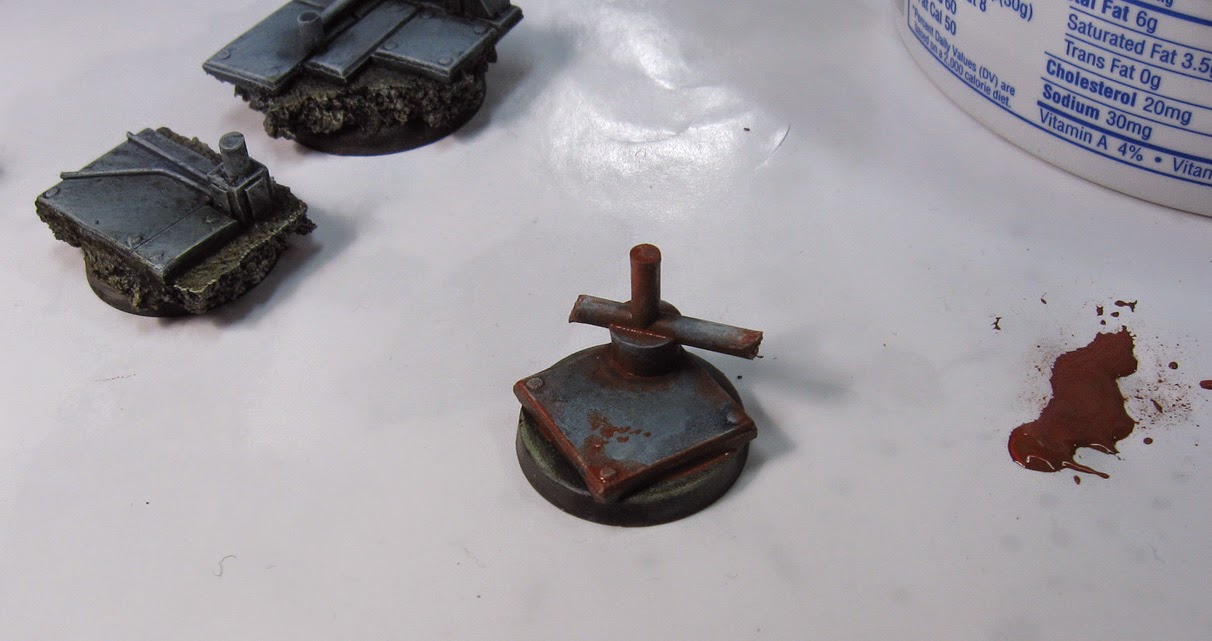 The more complex the shapes, the more areas where you can drop in this sedimentation. 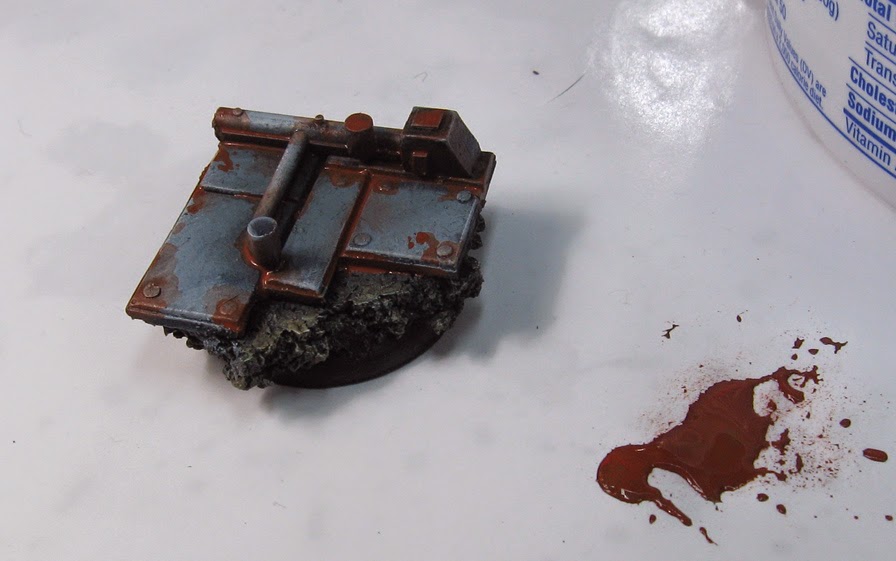 It's a lot of fun to concentrate the rust around the rivets, and in the corners of the metal plates. 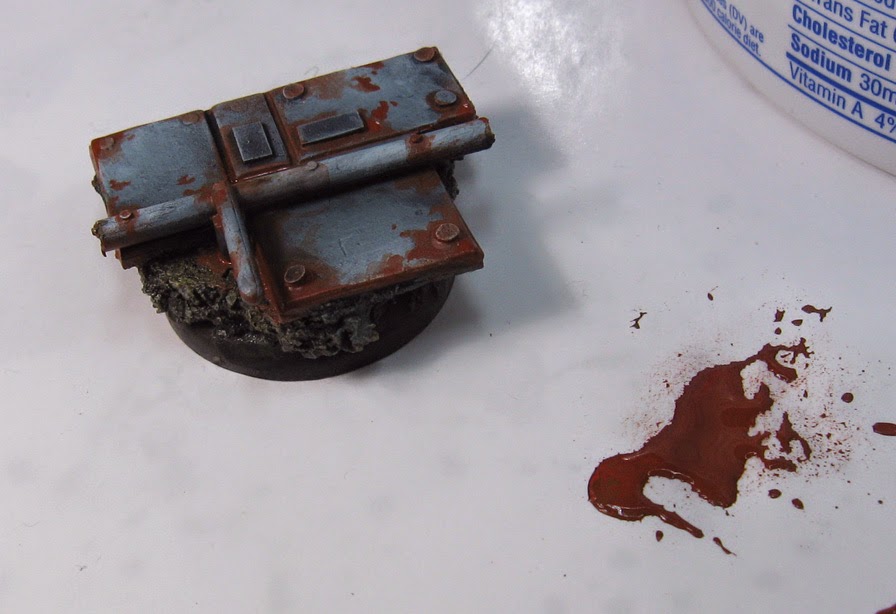 I don't know if you can see it here, but I did add a few darker splotches by adding some black in that mix. 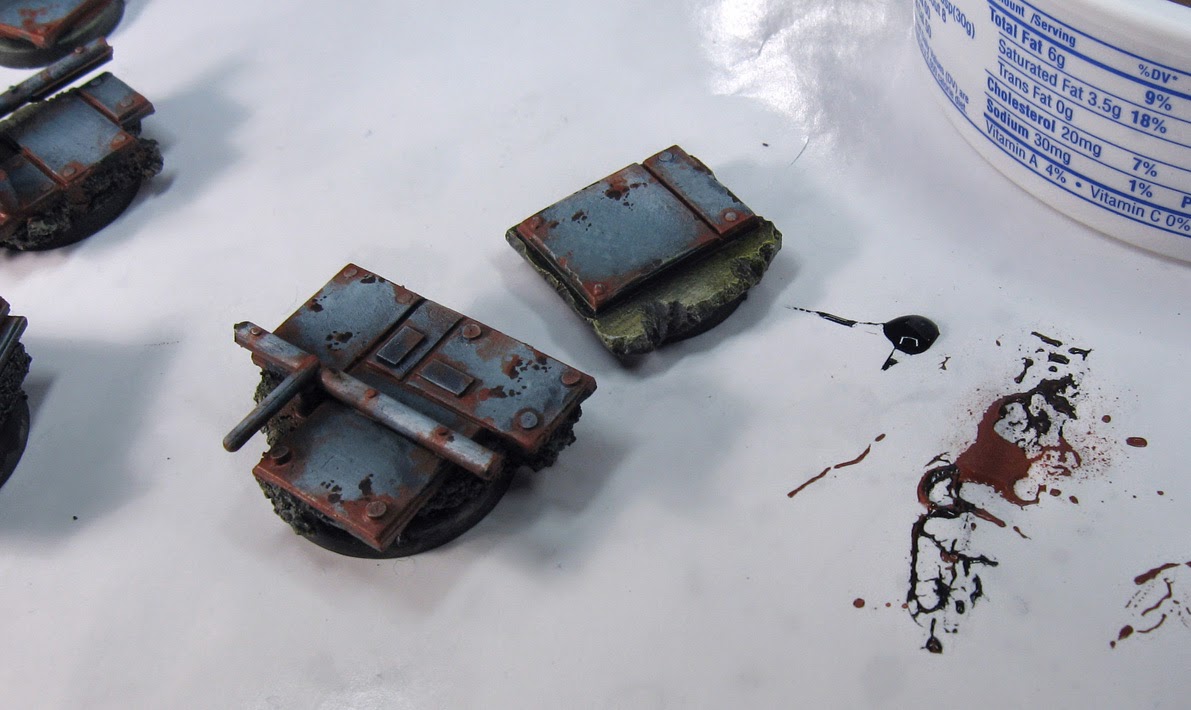 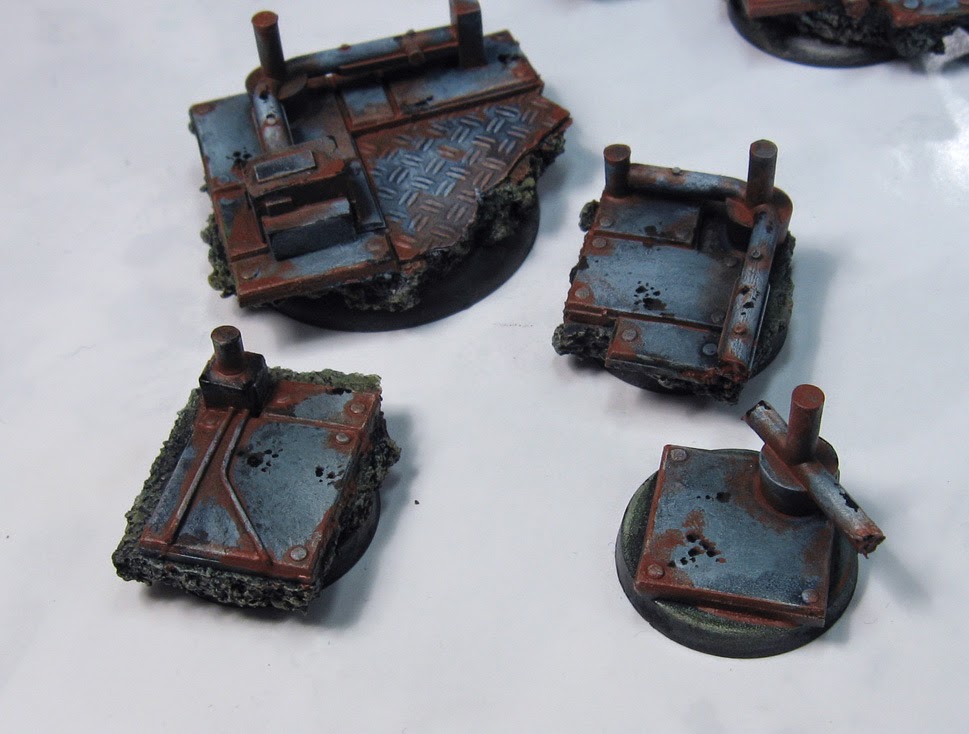 While I will do more details later, I thought I would toss in some rudimentary freehand.  Can't go wrong with a few numerals. 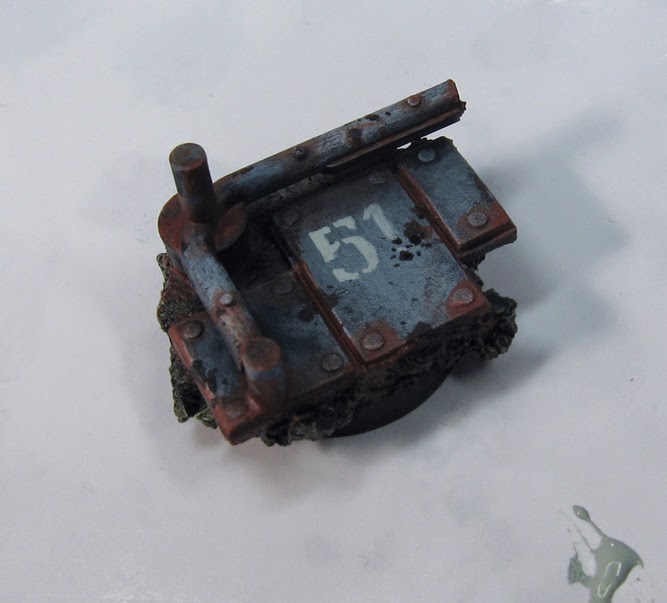 Adding some to all of the bases to unify the set... 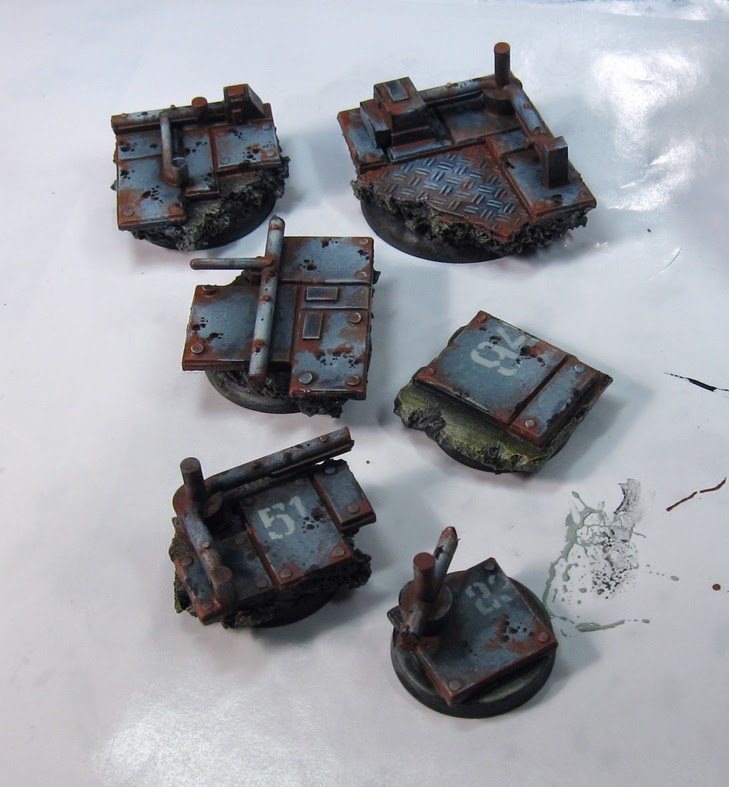 I added some final highlights in spots.  You can see that along the edges of the plates, and on the deck texture... 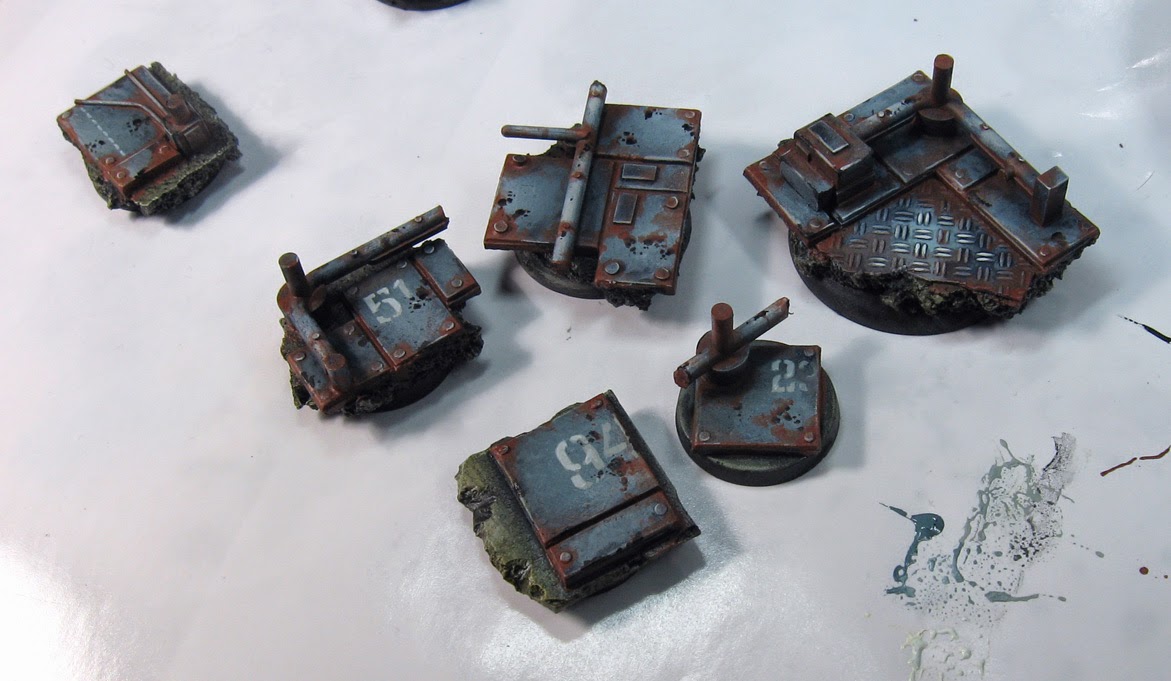 A few views of the entire set!! 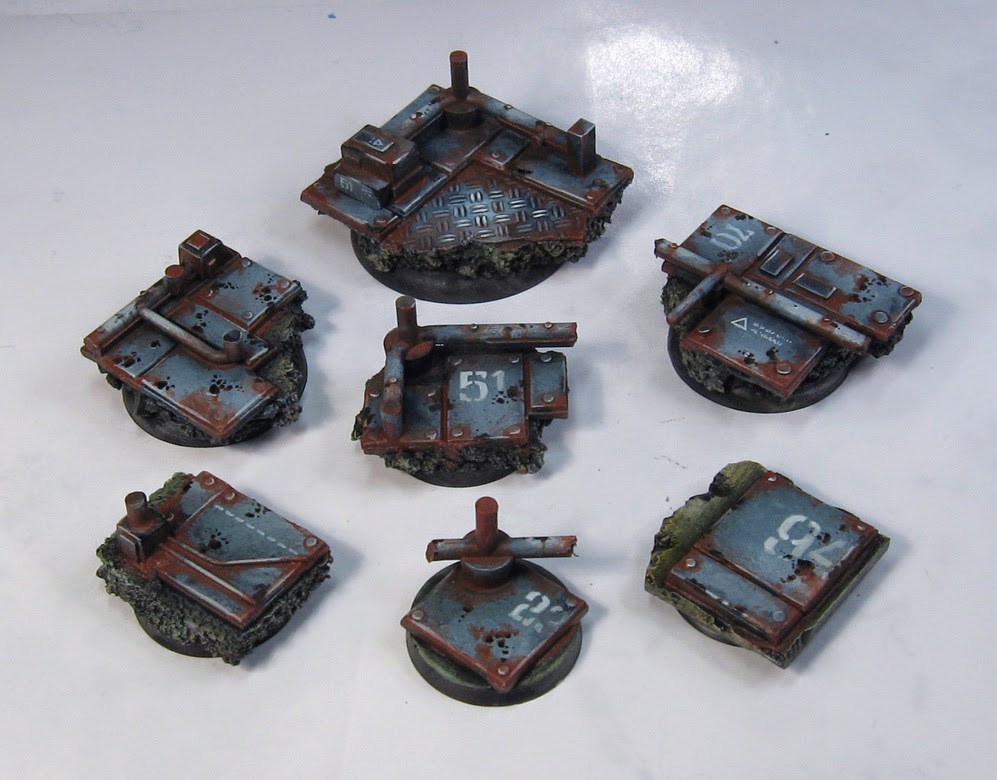 The view from above!!  Stay tuned for the next set! 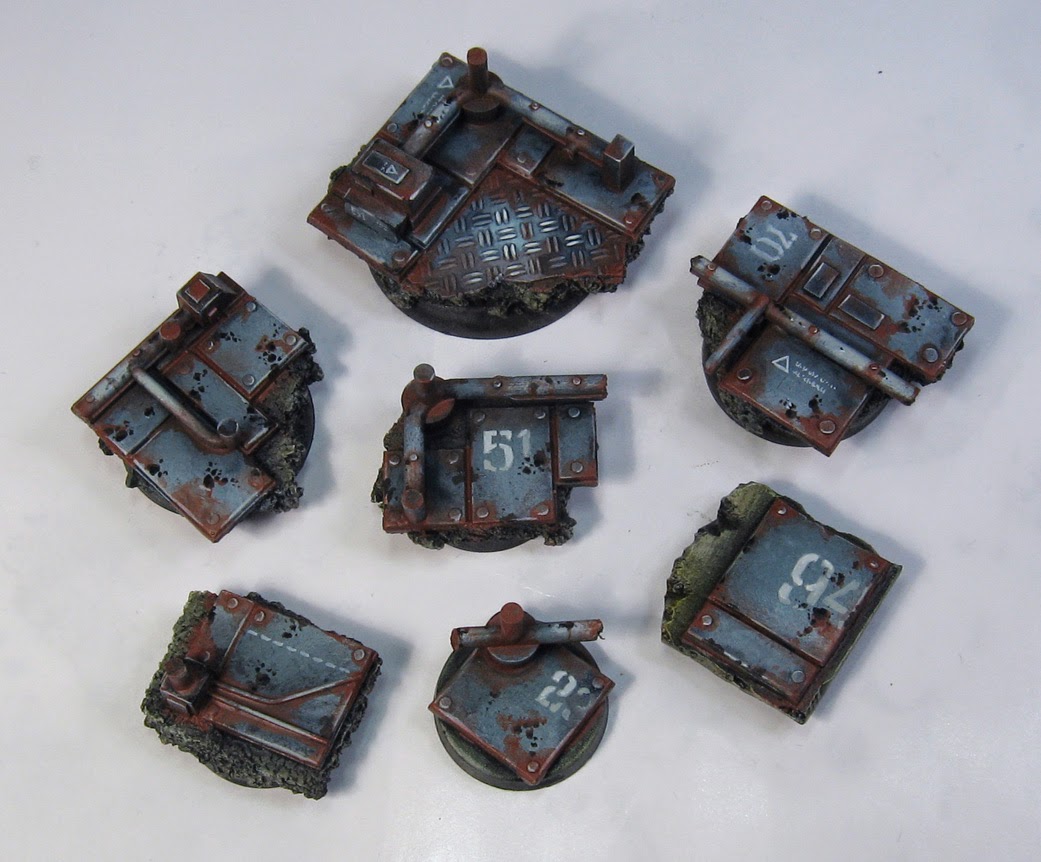 Posted by wappellious at 5:19 PM 6 comments: