Starting the second rank: Empire Gunners and some SE-NMM 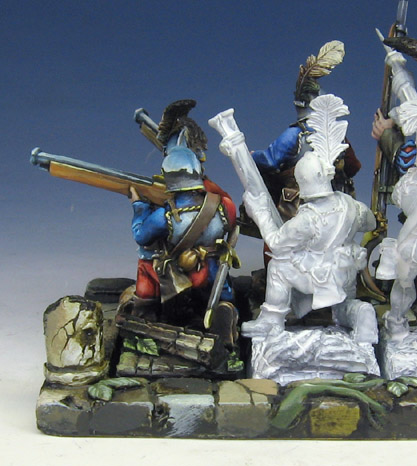 As I get ready to spend a long evening writing and re-writing a proposal to Kickstarter, I have one more piece for you.  The wee hours of the morning post could be delayed a bit, with so many other distractions going on, so bear with me!

It's nice to dive into the second rank of the unit.

I do want to attempt to do some kind of reflection on the helmets of this rank that show the gunners to either side.  I didn't do this on the front rank, as it would be almost impossible to see those kinds of reflections.

That is one of the disadvantages of Fantasy regiments, bemoaned by painters everywhere. :-)

Here he is hanging out in back... 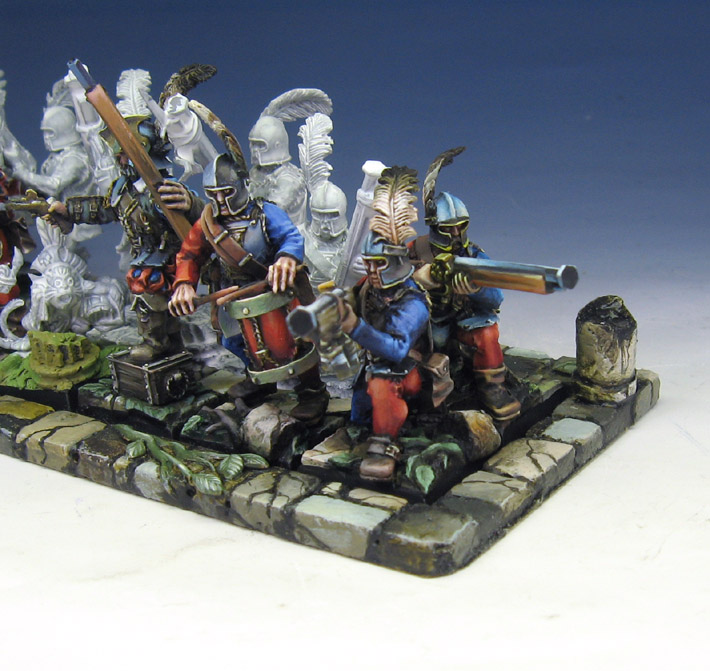 These next two views show you what I mean about getting a better look at those helmets! 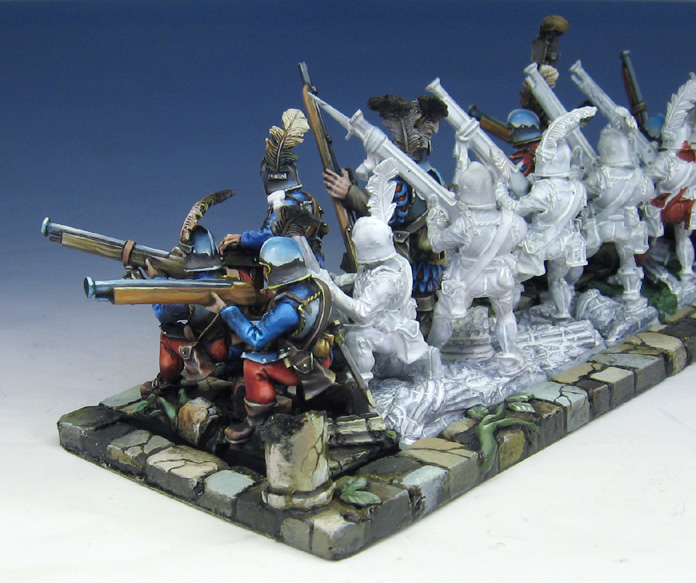 So, I will keep you up to date on the unit as it progresses. 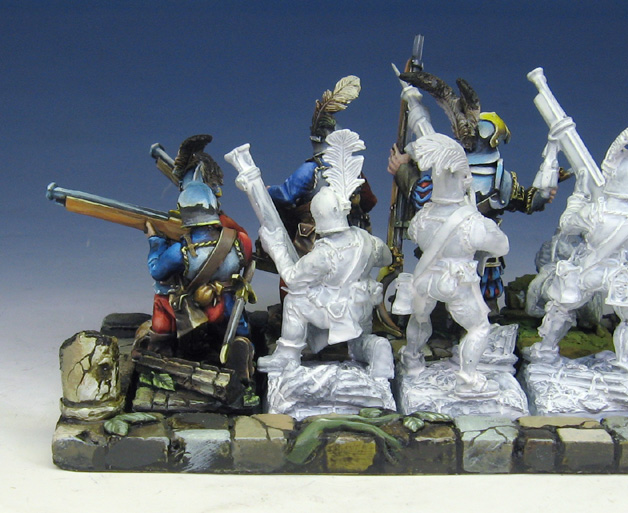 Also, I want to pass along more thank yous to all those who touched base with me in the last 24 hours.  It was very uplifting, and I think that the amount raised is just about right for the better than average software!

That's good, since my first try on the shaded basecoat will finish filming tomorrow.

Best wishes to all on a rather rough day here in America.  It definitely makes me even more thankful to have so many people to discuss fun things like painting with!!

Posted by wappellious at 8:13 PM 5 comments:

Bringing the Hobbit to us! Opening the boxed set 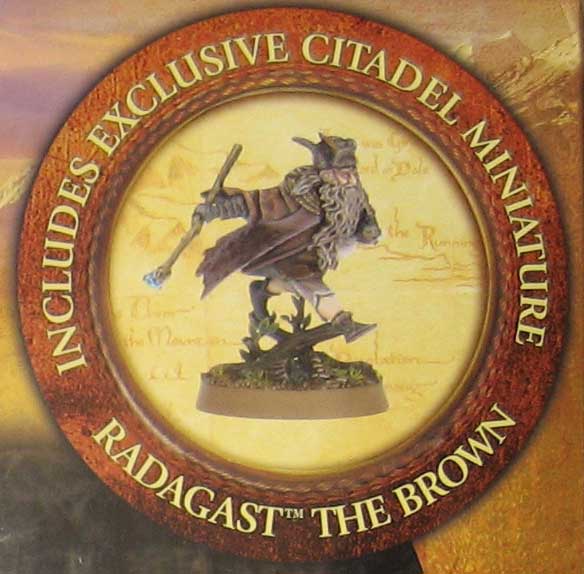 Well, we won't be going to see the movie for a while, but look what happened to show up today!

Jon has observed my current obsession with Lord of the Rings SBG ad-nauseum for months, so he sent us an early Christmas present.

This one had the special Radagast figure included, so I can bring him back into my 1000 point Elf army! 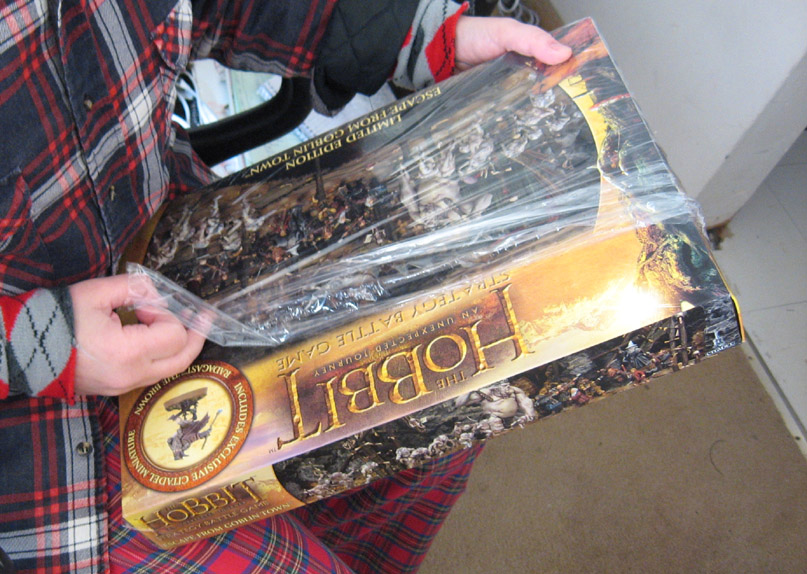 What could be inside?!!!  Note the Bilbo's Bash dice bag sitting there.  How did that get there? 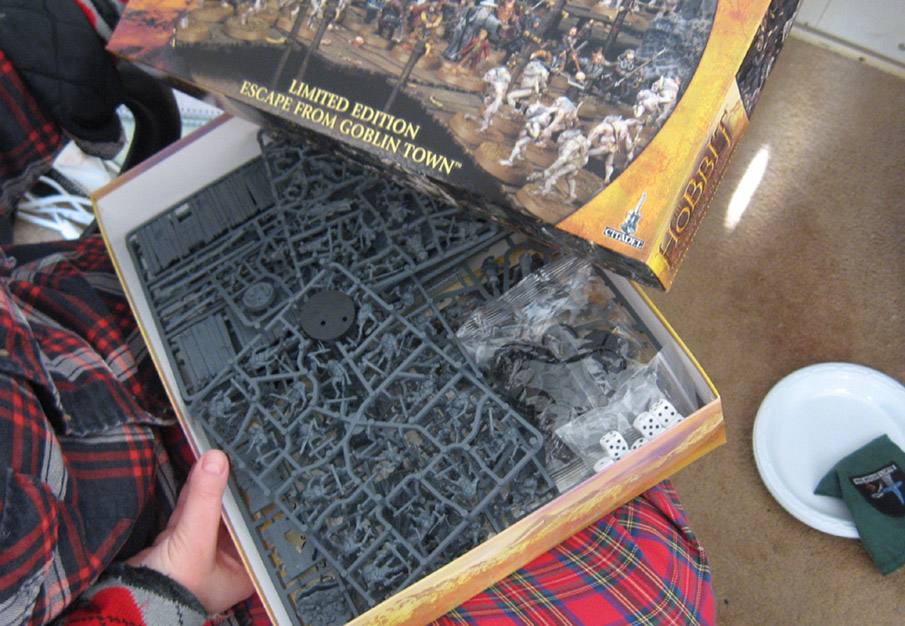 So excited, the camera cannot keep up!

I must say, I was way more impressed with the figures than I originally anticipated.  Cathy loved the Goblins! 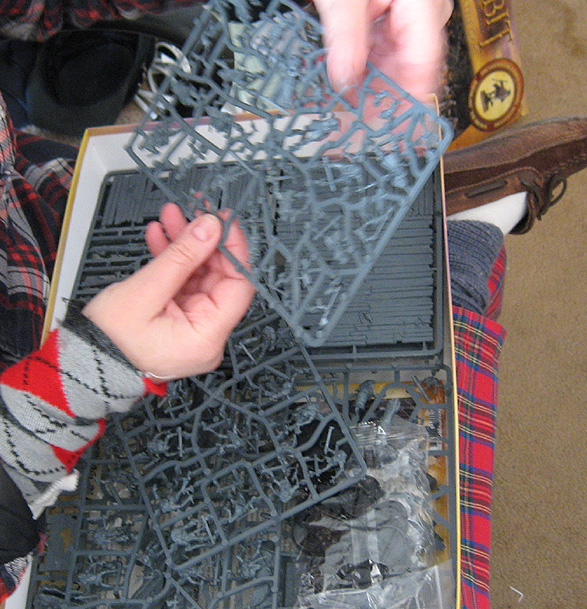 She already found a favorite goblin.  I am sure he will have a name.

These gobbos are definitely a giant improvement over the original set from years ago! 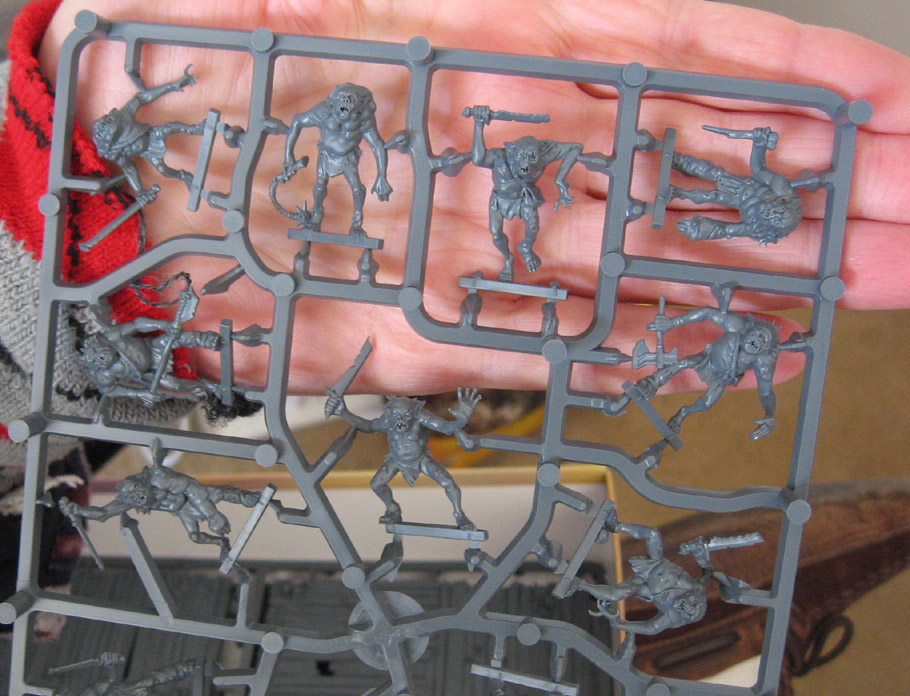 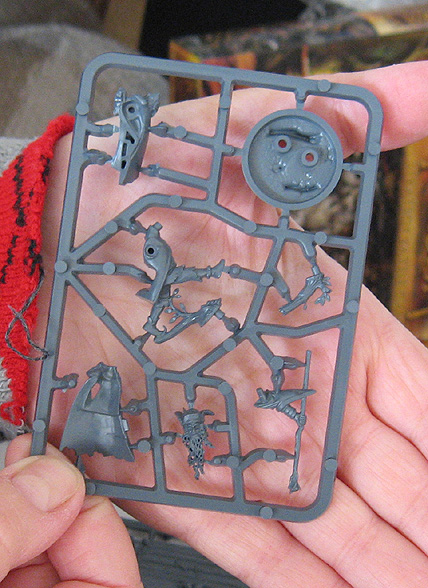 These extra items were neat as well.  Having fun terrain is always handy!  Cathy wants to use the Goblin King as her big nasty troll with her Groblog army. 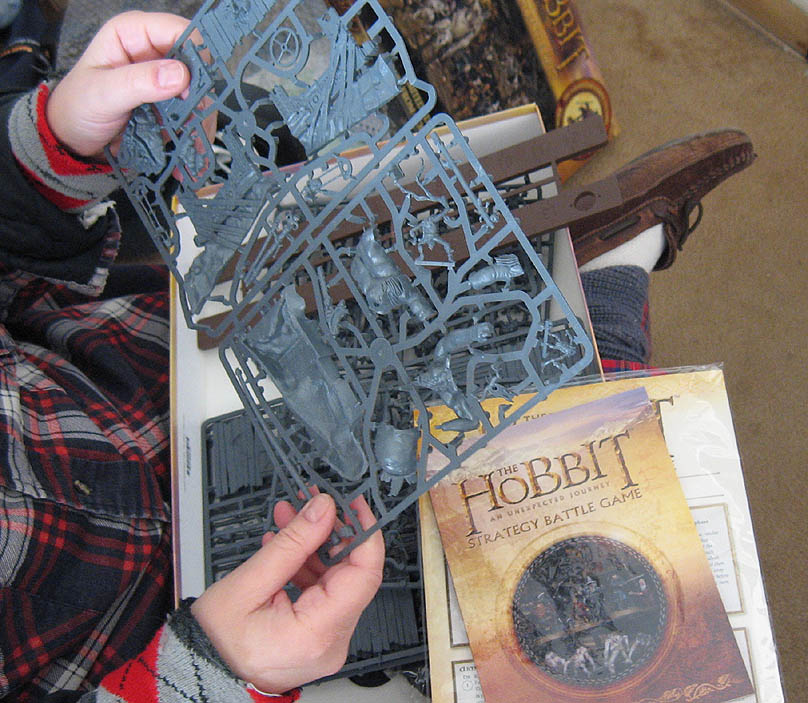 The mini rulebook was nice, and Cathy read certain parts that had worried me in the lead up to this release, trying to talk me down from the ledge.  I was terrified that the game would be completely redone, as the other two systems had been.  I didn't want to see a plasma pistol toting Gandalf and a Mordor steam tank showing up to battles or anything...

The quick reference guide is very nice, and much appreciated! 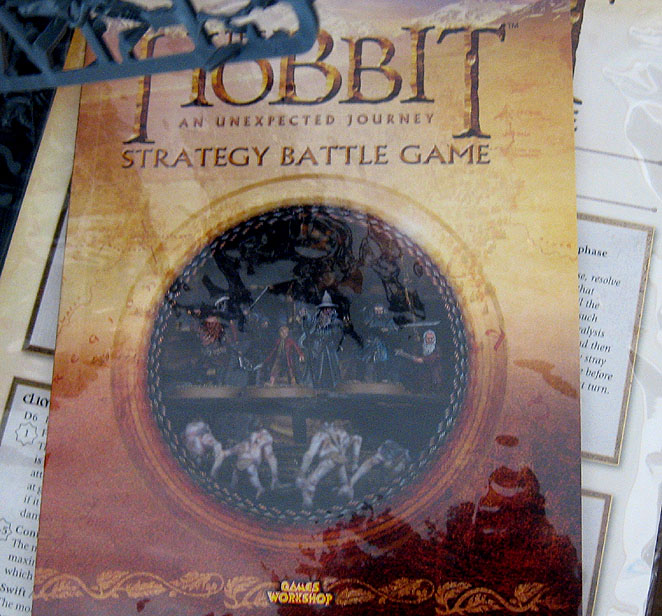 This image was in the mini rulebook.  It caught my attention right away, as I was going to get a bunch of plastic toy eagles from Michaels to fill out the rest of my Elf army.  These guys look a lot like the new big monster in the Empire range, don't they?

Certainly not the existing metal eagle they have now.

Is it safe to assume that we won't be seeing these for a while?  I don't have the Hobbit story memorized or anything, but my understanding is that the eagles would not show up until the second movie.  I could be very wrong, of course! 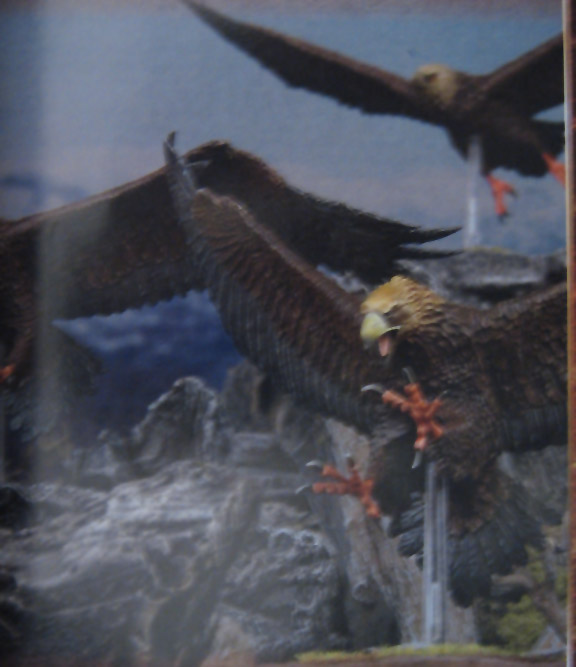 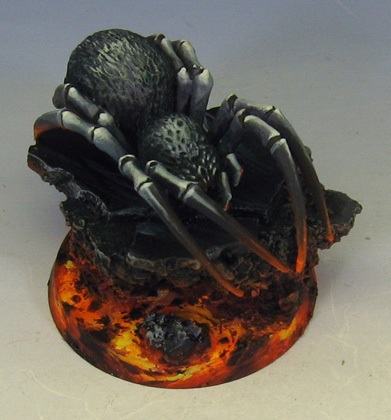 Here's something that seemed very appropriate for this day!  We won't be able to see the Hobbit today, perhaps next week.  But I hope it will be fun!

I wanted to follow up on the conversion article I did on this piece over the weekend, as well as the lava painting post.  Imagine about a dozen of these accompanied by the Spider Queen and some Morghul Knights!  All on the same type of lava bases...

Also, I wanted to take this opportunity to offer some fresh "Thank you's" to all those who have jumped on board with the Beta testing!  It looks like it will be just the ticket to securing the better editing software that will get us on the road to filming DVD's much quicker!

While the immediate use for the camera and software is all about the kickstarter DVD's, I am looking forward down the line to making some nifty battle reports with that setup!

The still photography reports are nice and quick, but Rich and I want to step that up when it comes to those special games with pre-set story lines, etc.

Also, another use I see for the camera is to photograph large pieces, such as my Tomb Kings army board, my dioramas, and even big vehicles such as my Dark Eldar Tantalus.  Yes, you heard that right!

I just don't think still images will really capture it well.  My plan is to put it on a carousel, keeping the camera in place and turning the carousel.  I already have some of those from past sculpting projects