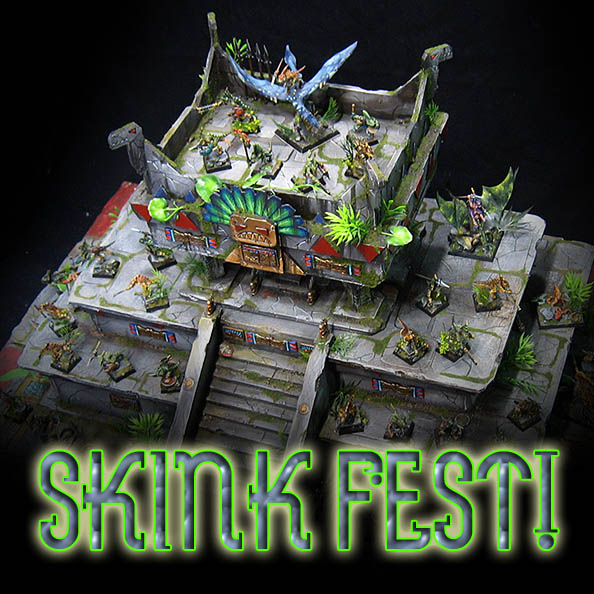 It's been a very long time since I have taken any images of the old Lizardman terrain board, known as the Temple of Blood!  Since Skinks were always my favorite part of my army, I thought I would pile a bunch of them on the board for new images. 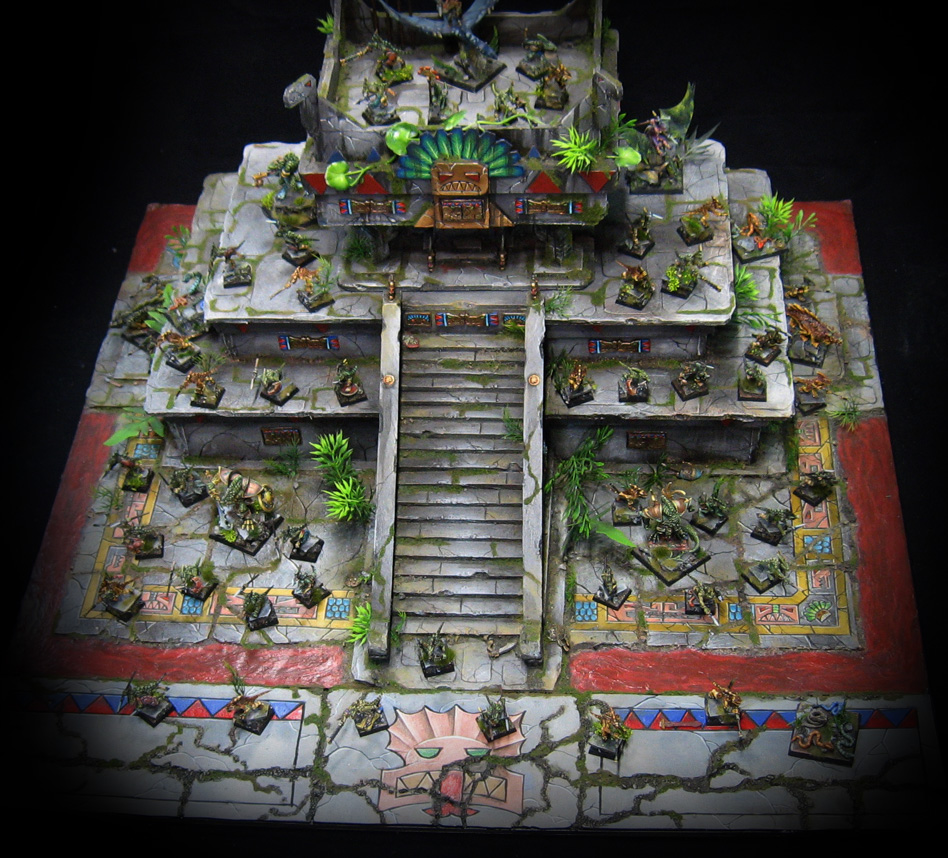 Each level was designed for movement trays, so that actual combat could take place.  This upper level is usually occupied by Mage Priest Babo and his Temple Guard.  Here we see some brave Skinks with one of my scratch sculpted Terradons. 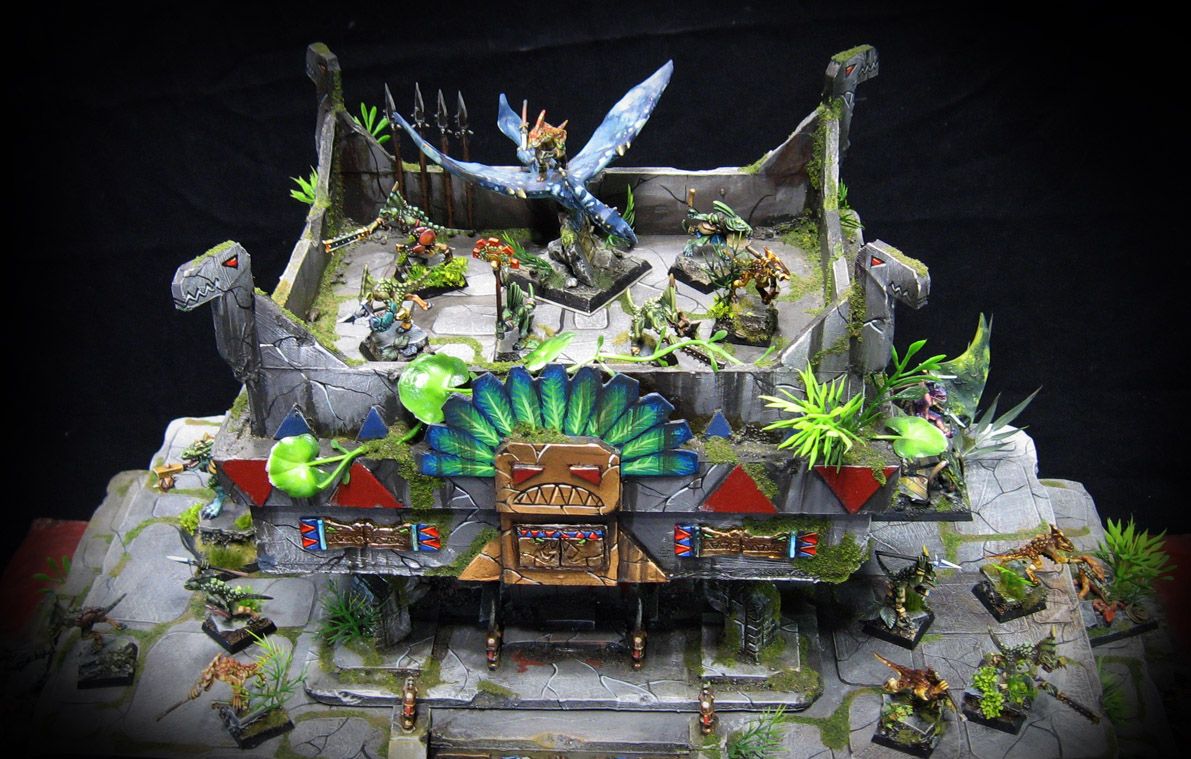 I have a number of articles on the construction of this board: 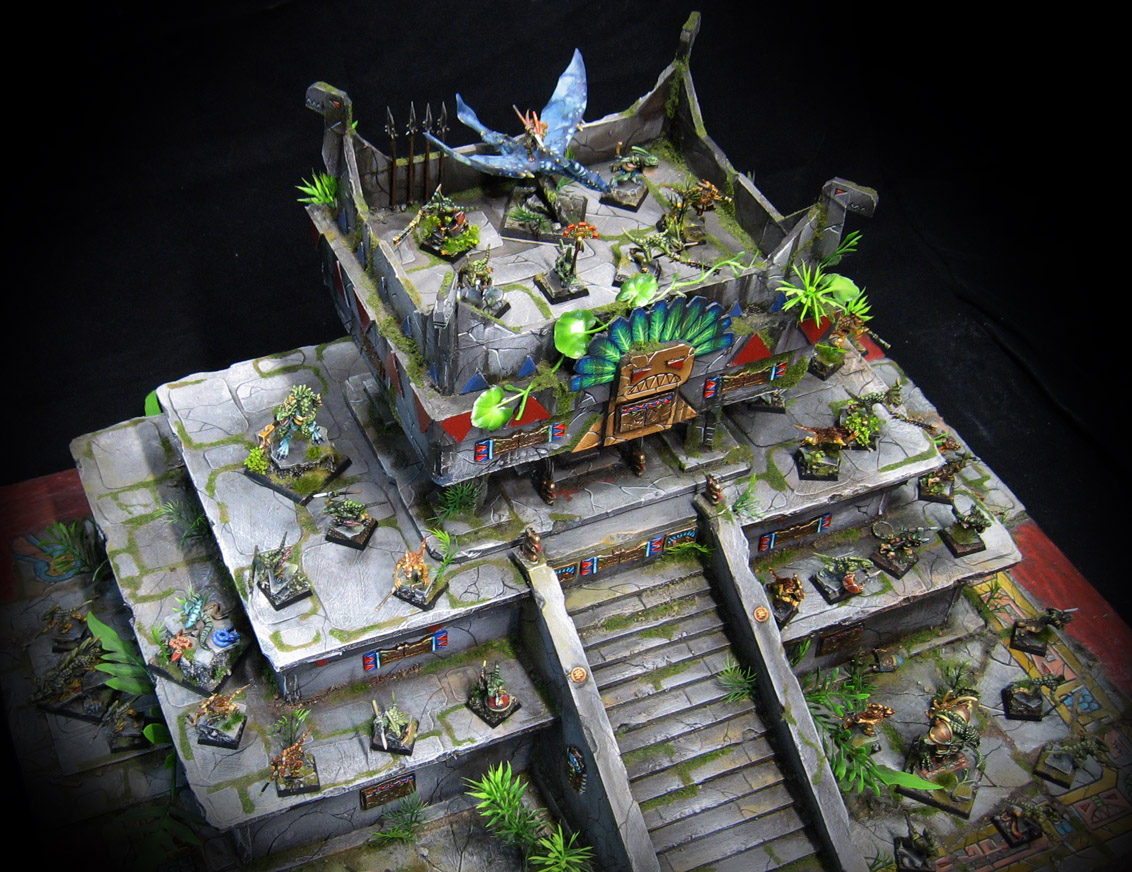 The Temple of Blood is featured prominently in the story of Stikki Wikkit! 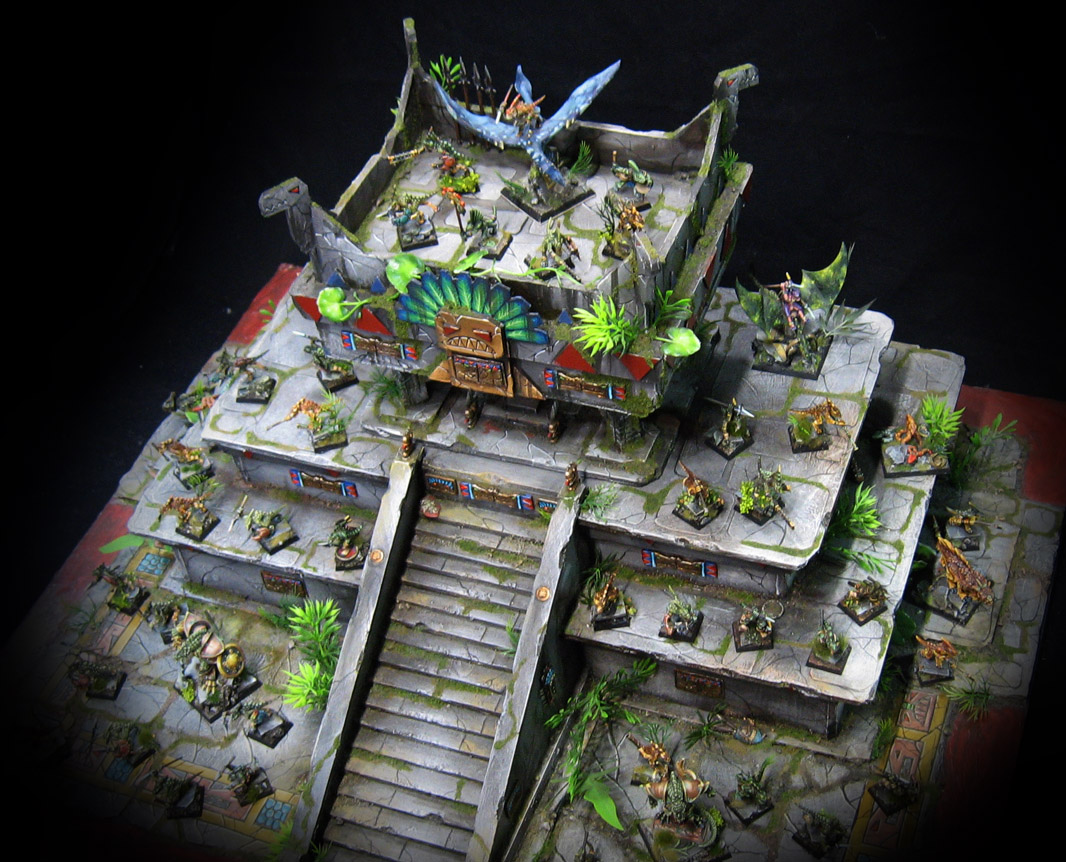 Here's the original Temple of Blood, made from Sculpey: 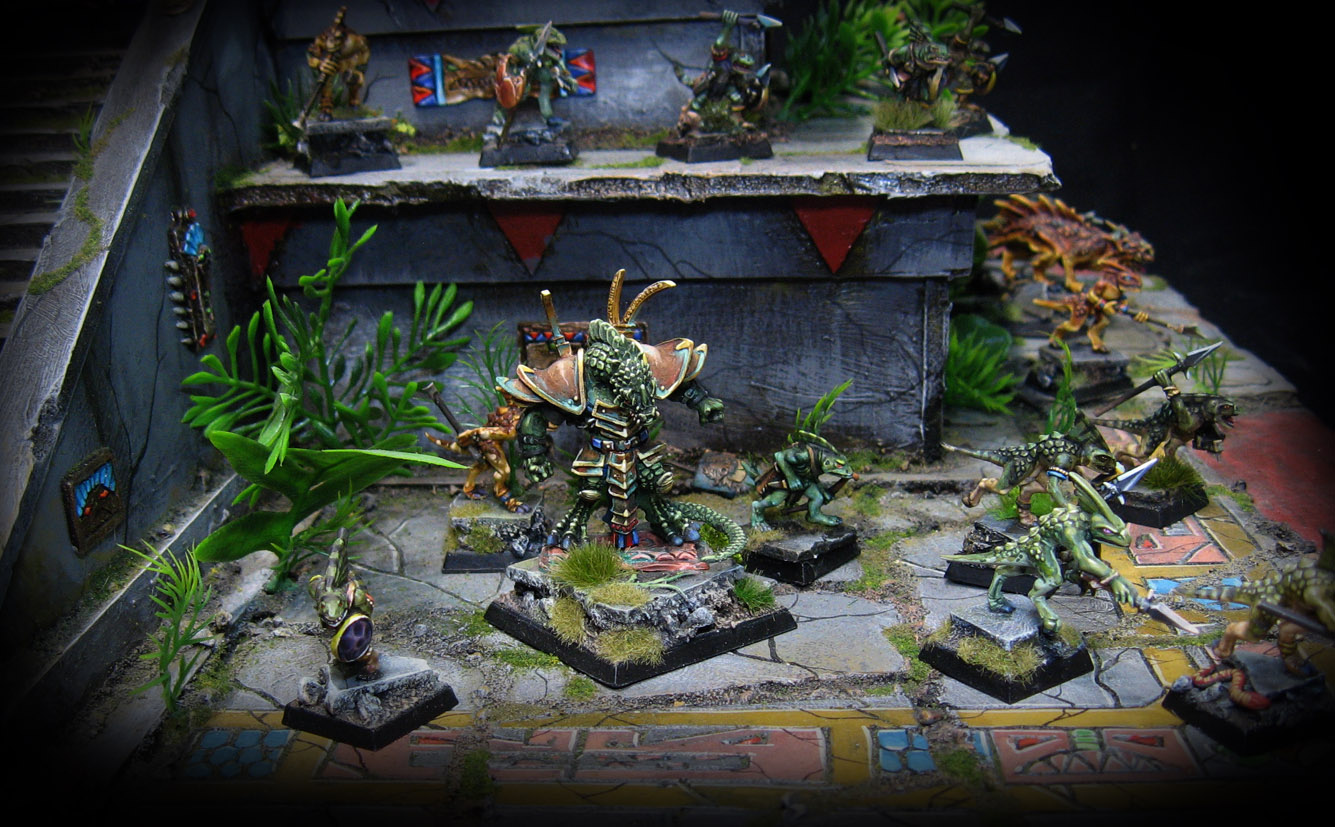 Here's a close up of some skinks, and that upper level. 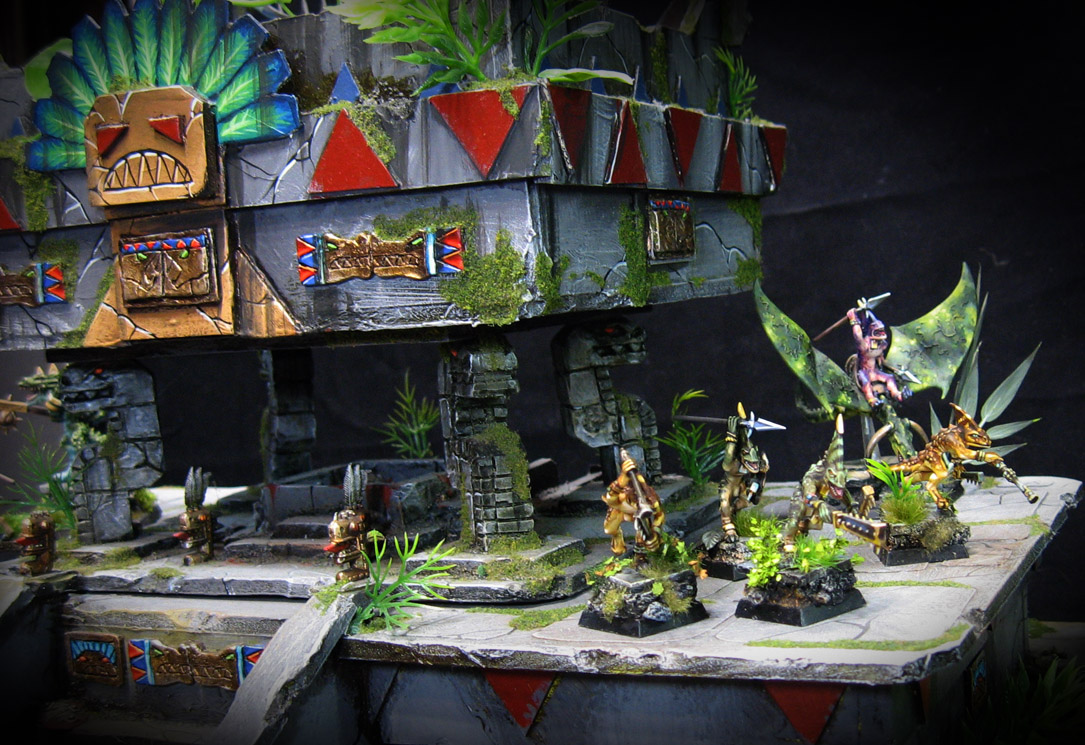 These secondary levels were designed for skirmishers to fight on, and as movement cost for units on movement trays. 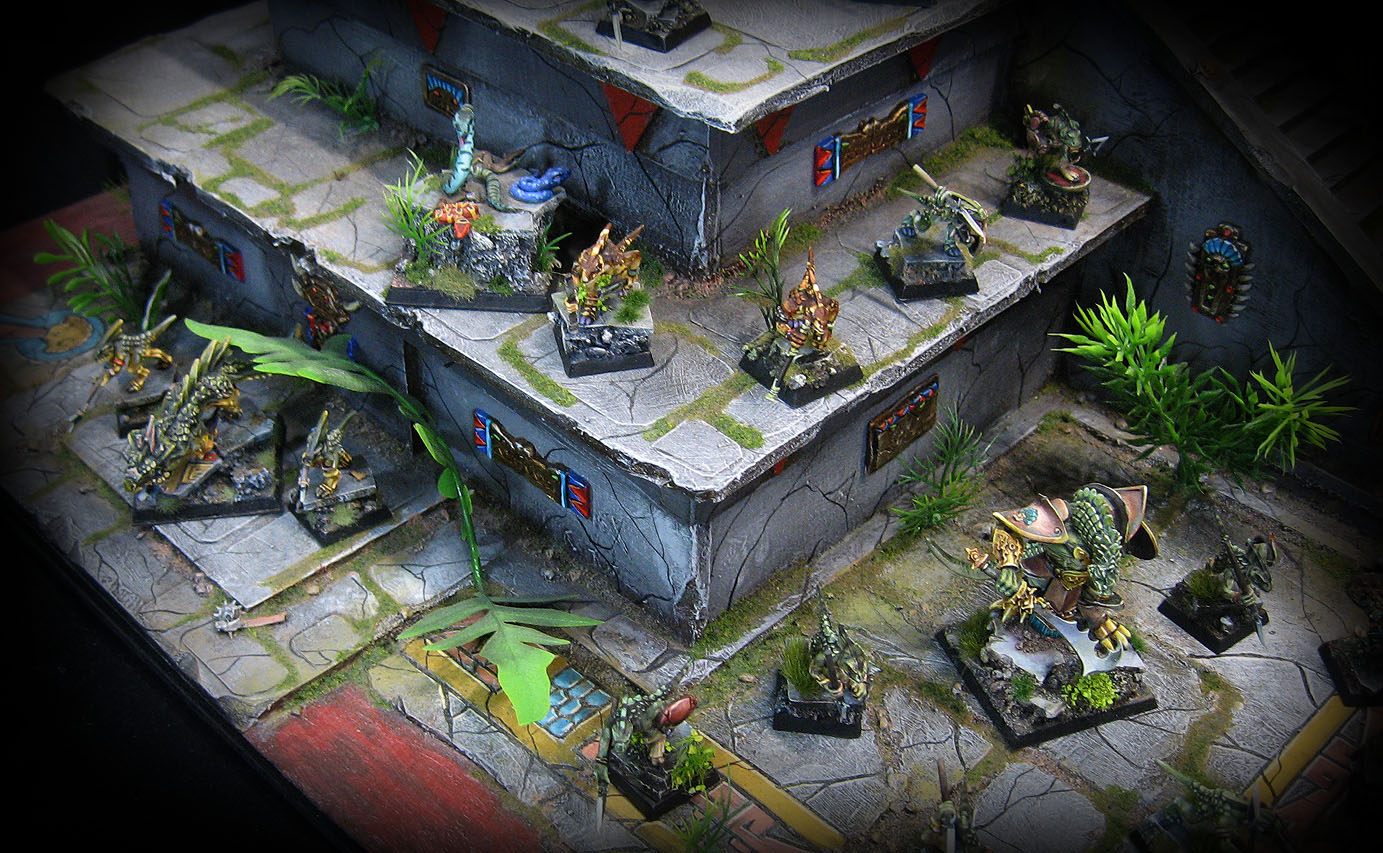 Normally this position of honor is occupied by a Skink Priest, but this time the freshly rebuilt temple still has its Skink laborers restoring it to its original state! 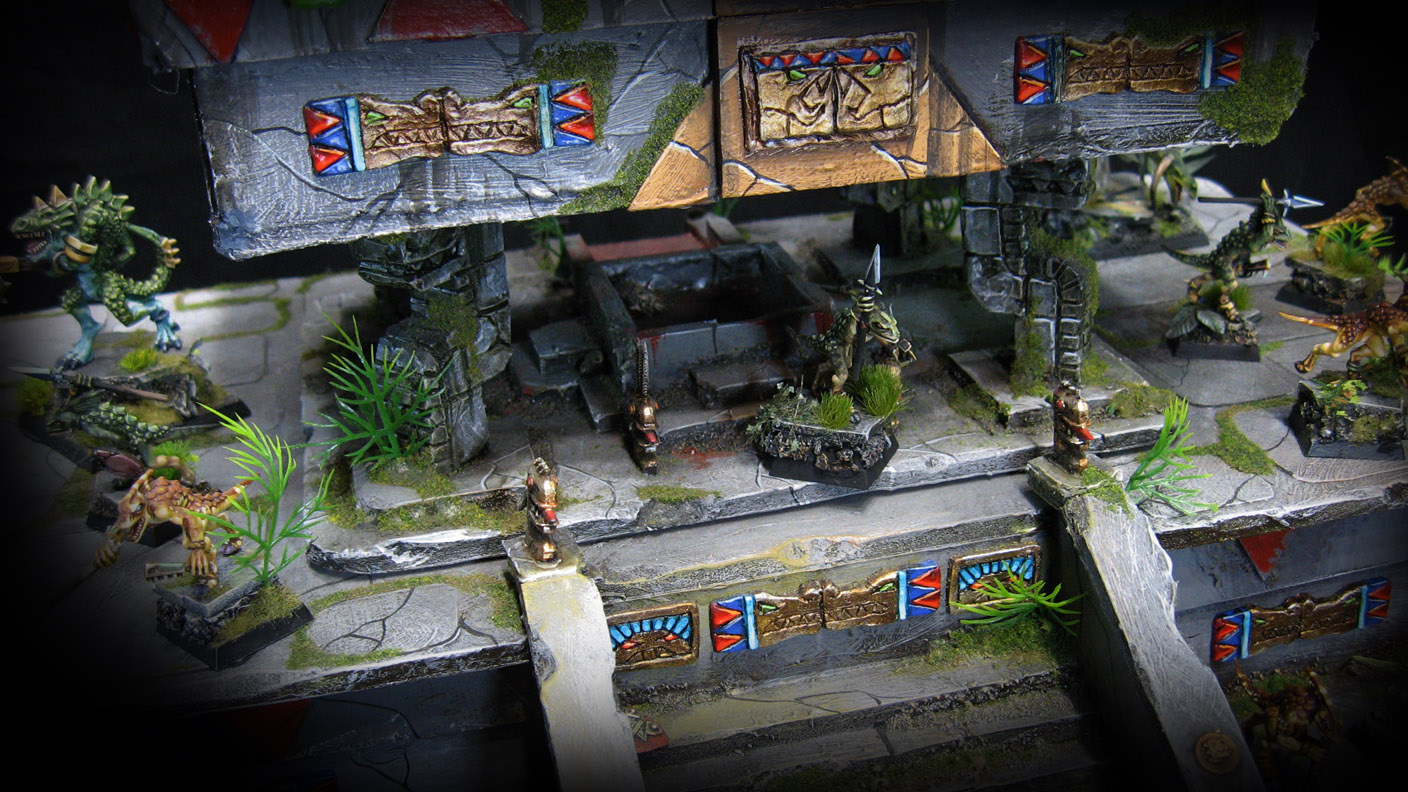 We have a mix of blowpipe skirmishing Skinks backed up by another Terradon scout, searching the skies for Chaos marauders. 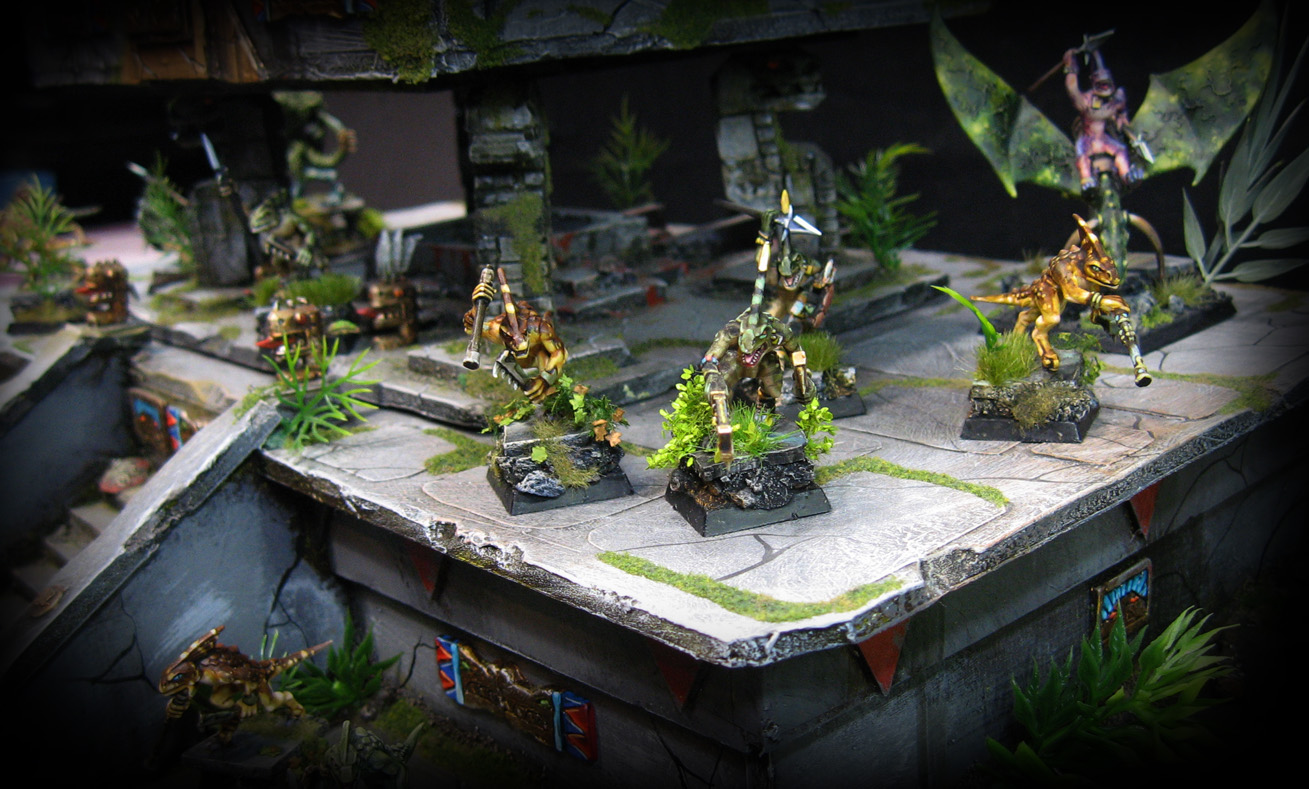 I used foam core to make this back in the day... if I had it to do over again, I would have used the 1/4 inch thick pink foam.  This would have given me a lot more options in terms of texture.  It is a lot easier to carve and shape than foam core!  Also, I learned that foam core (with paper on either side) will warp once it is painted.

This doesn't happen when you paint the pink foam, another huge advantage. 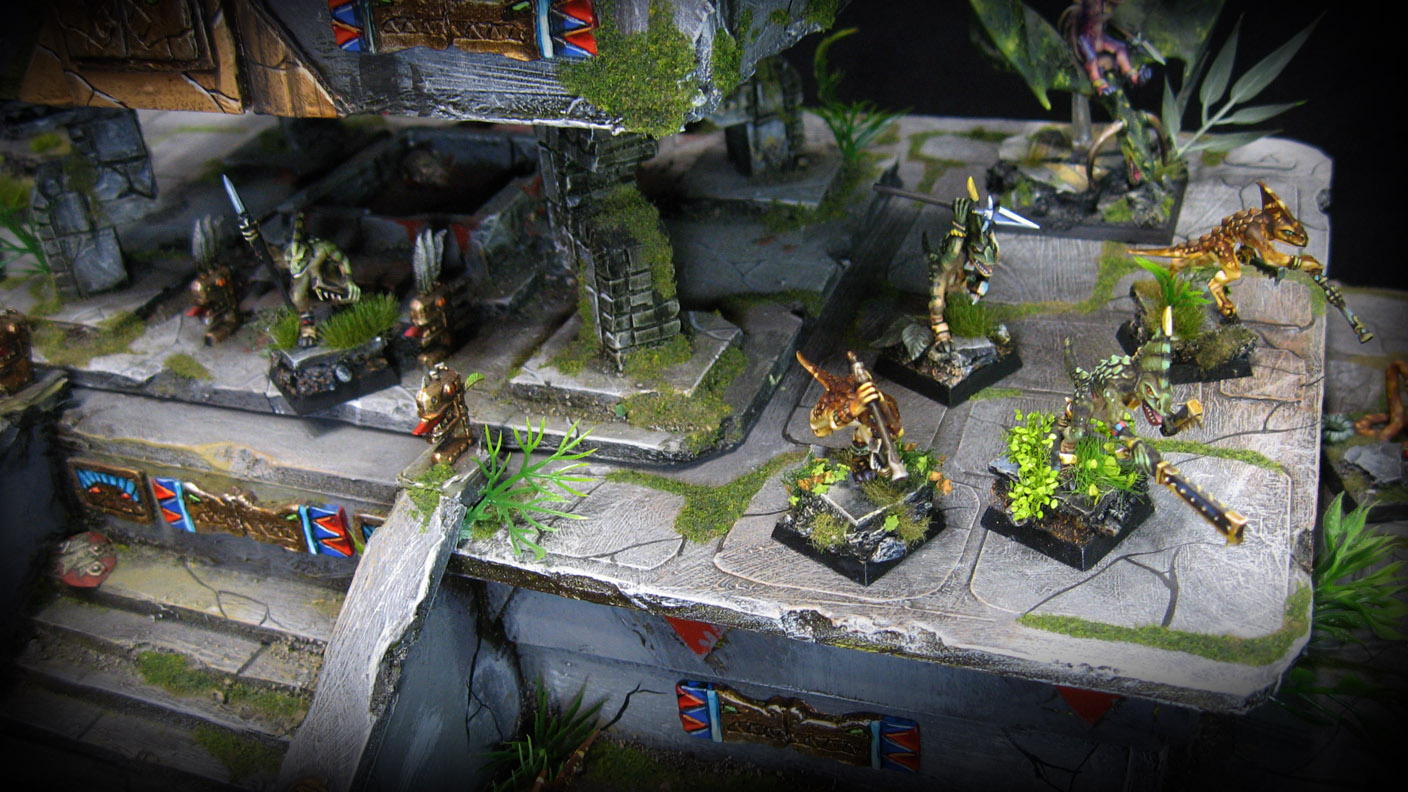 One last view!  I will keep posting images of the individual Skinks, so stay tuned!! 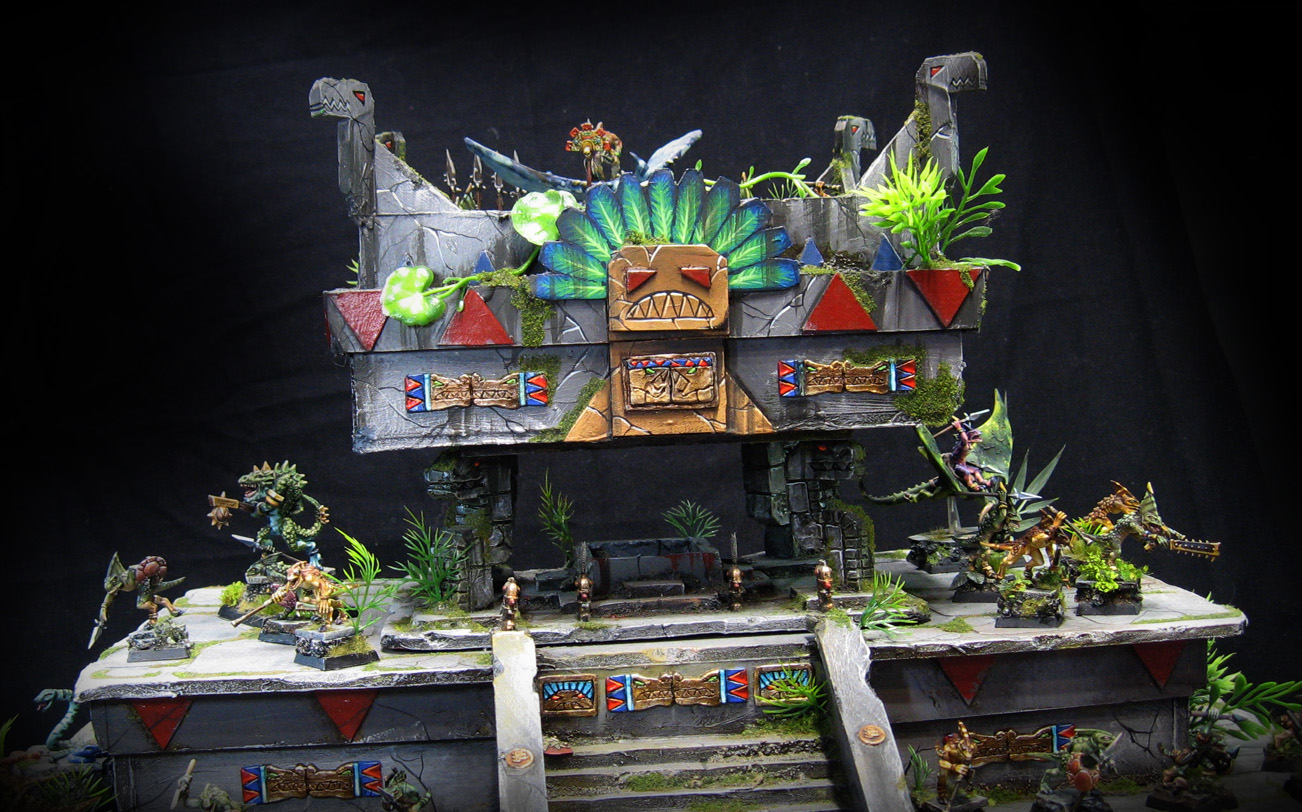 Posted by wappellious at 11:35 AM No comments: