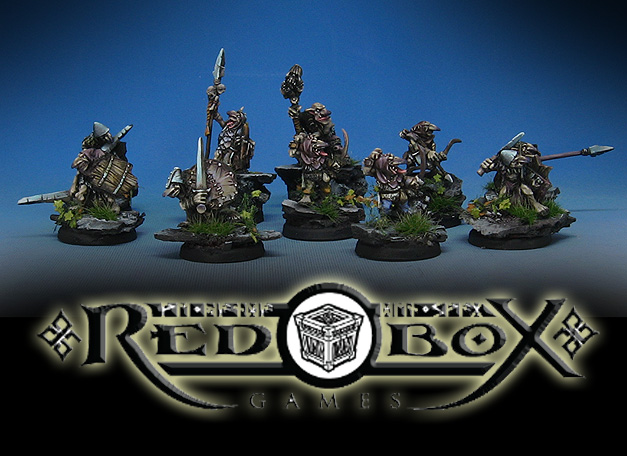 While I forgot to include a coin to show you how small these figures are, I think you can get a sense just by looking at them.  Their bases are not even as large as a penny! 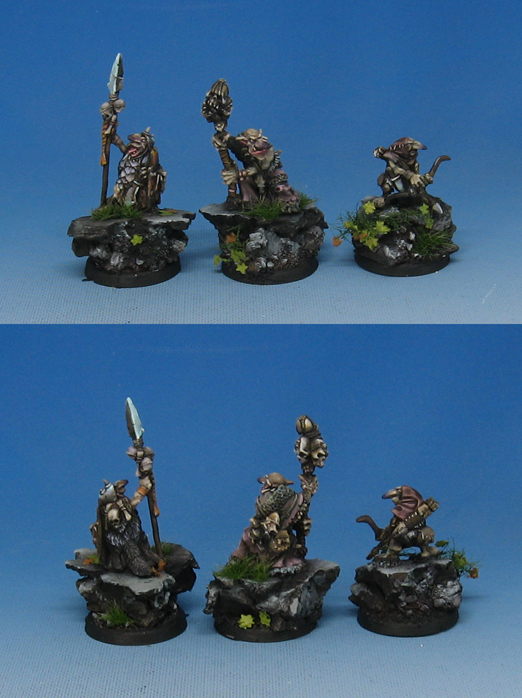 This was definitely a new challenge for me, which is saying something since I have been at this for almost 18 years.  I had done some 10mm historical figures, but that is a different animal.  These are meant to be 28mm scale, so it was very important to keep the scale of the basing and other elements the same as the rest of the army. 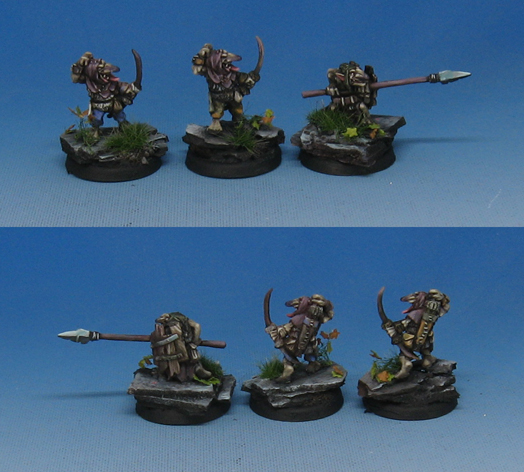 These guys are part of a large goblin army, including those massive trolls that you have already seen.  So, I had to take the same bark and branch basing materials (along with the flock and grass), and make tiny versions of those very large bases that I made for the trolls. 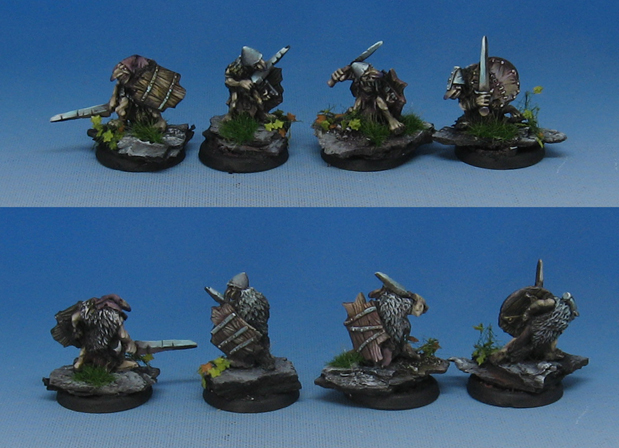 The bark is the ideal material for them, but getting pins into those very tiny feet was not easy!  If I had thought of it, I could have used one of my tiny drill bits and used florist wire instead of the usual paper clips. 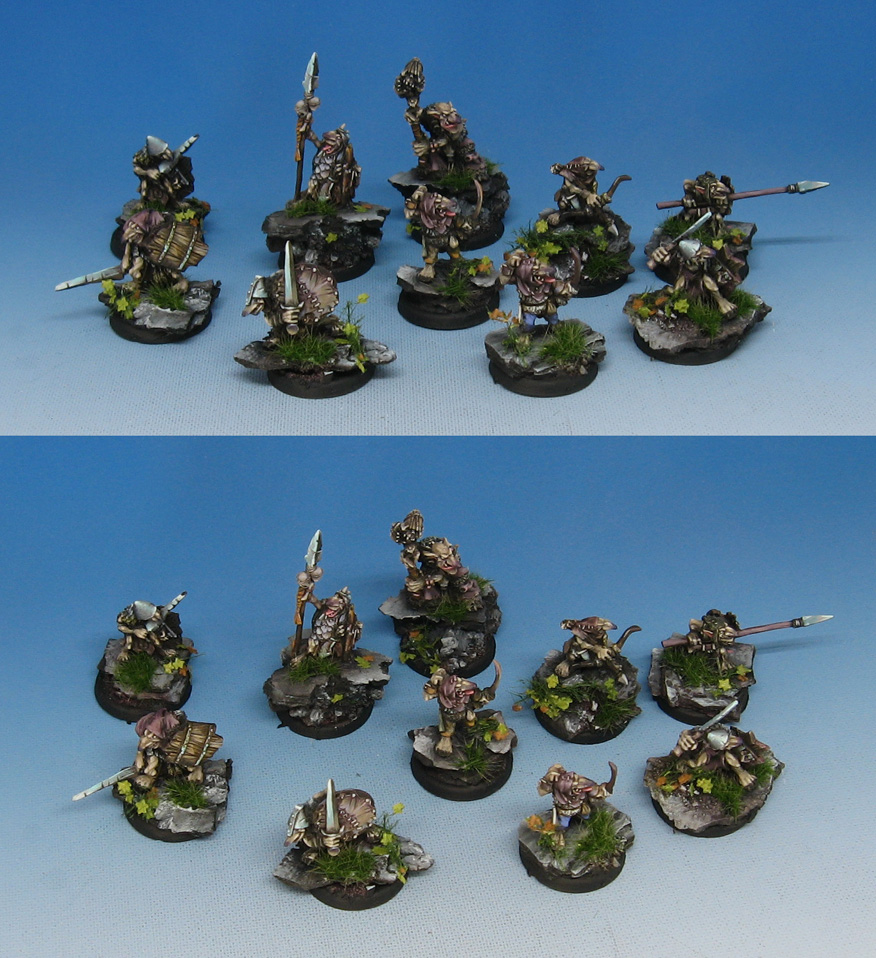 I thought that particular tip might be useful in case you ever run across the same kind of challenge!  In the past, I have used the smaller bits and florist wire to pin skinny arms onto delicate figures.