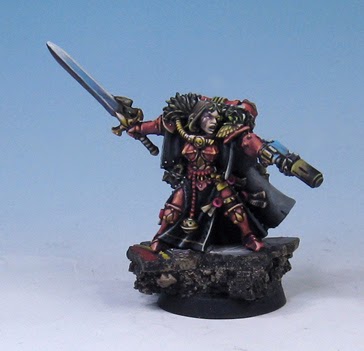 More fun with nuns!  This time, a Canoness

It goes along with the same color scheme as the previous Sisters.

Posted by wappellious at 6:21 PM 2 comments:

He'll claw your eyes out... 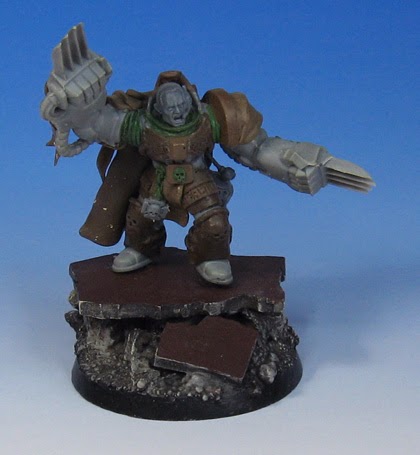 Ah, running with scissors at its best!

This was a conversion I did many moons ago for my old Demonhunters army.  I made it, and a few other pieces of a similar nature, not long after that first massively converted squad of Grey Knight terminators that won the Gold at GD.

I was taking regular Space Marine bodies and converting them into terminators, since all the was available at the time was the old metal versions.

This project really taught me the differences in the properties of  green stuff and brown stuff.  Each one has a very different purpose.

Brown stuff holds an edge very well, but it can be very brittle.  Green stuff is more flexible, but it has a 'memory', which makes it less viable for other things.  I have learned a lot about green stuff since then, as well as Apoxy Sculpt. 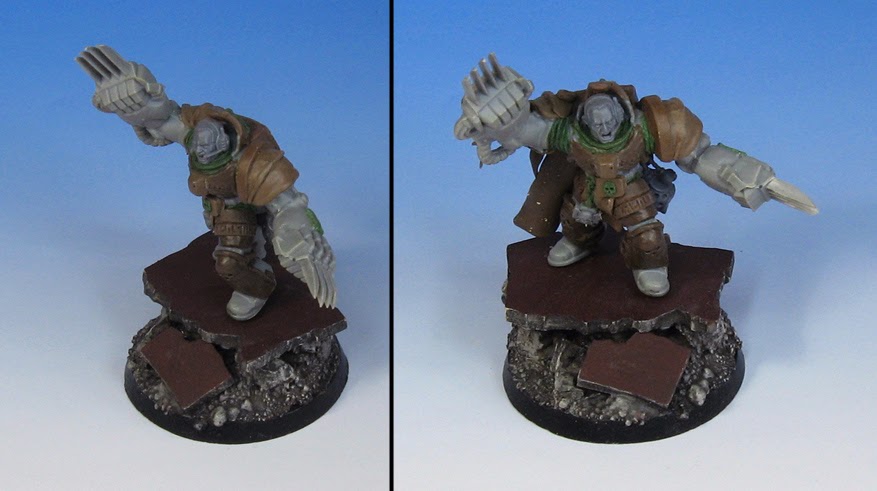 Posted by wappellious at 2:09 AM 4 comments: