Shooting a crazy promo for the kickstarter... 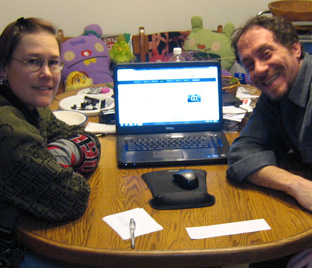 Rich came over, bringing with him a CD with a few clips of his original music, and some handy knowledge about shooting and lighting videos.  Cathy was the director, and also handled makeup!

I wrote up a little script, and came up with a plan for a short 2 minute sketch to use as an intro for the Kickstarter.

We just wanted to have some fun, and play around with making web compatible videos.  I had been focusing so much on the 'big' stuff, I realized that I had no idea what the size limitations were and file extensions, etc.  In fact, I am about to find out if it will work here!

I had to drop down the image quality to make this work, so I hope it's not too grainy! 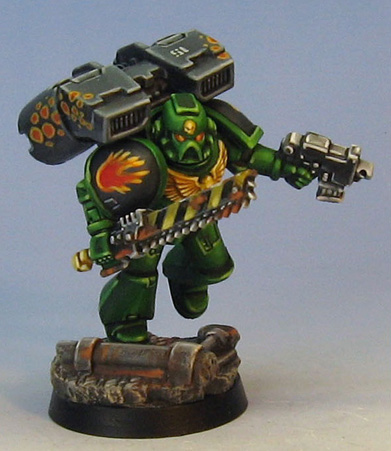 Here's a fun squad of Salamanders that I did as part of a small army a few years ago.  If you search Salamanders in the search bar on the left, it will take you to the other posts, such as the Land raider and Drop pod.

The drop pod was the one and only plastic pod I will ever paint, since it was darn near impossible to put together.  I don't want to relive the crazy scene where Cathy and I are trying to hold together all the painted pieces at the same time, wishing that we each had 3 arms, etc.!

I tried to come up with a pattern that could be repeated on every vehicle and marine, hence the spots (no they are not supposed to be scales). 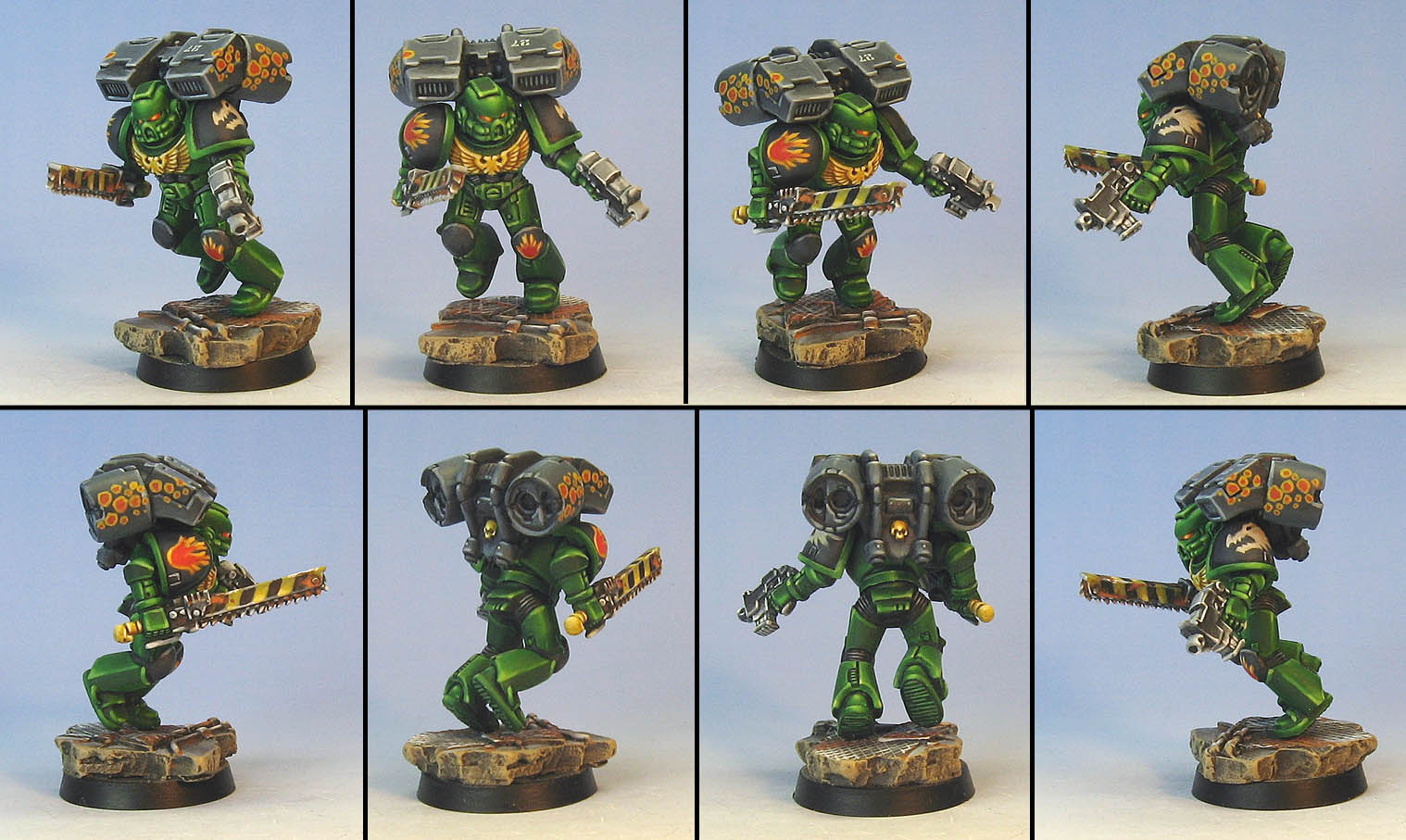 These guys are also on a set of sci-fi bases that I sculpted and cast for myself.  I think these were the first miniatures outside of my Demonhunters army where I used them! 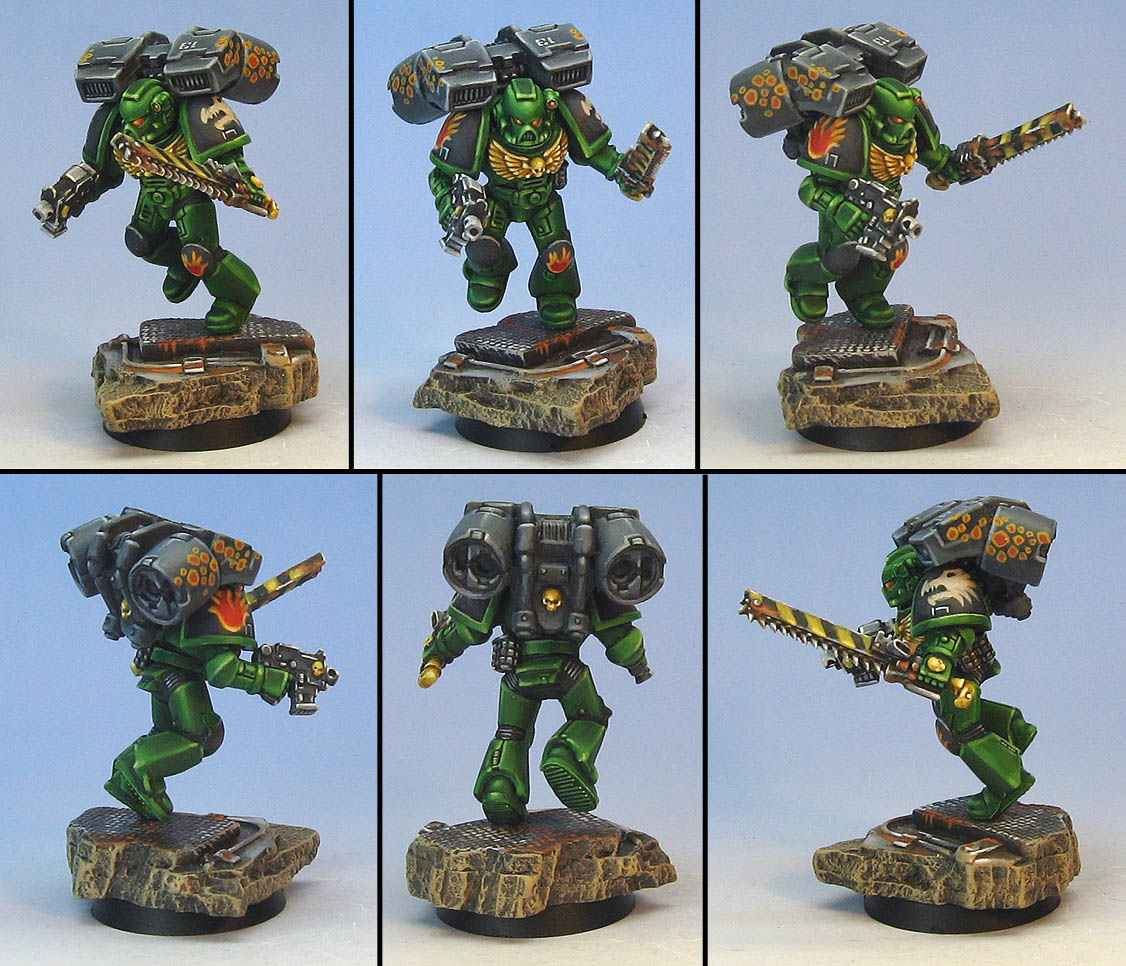 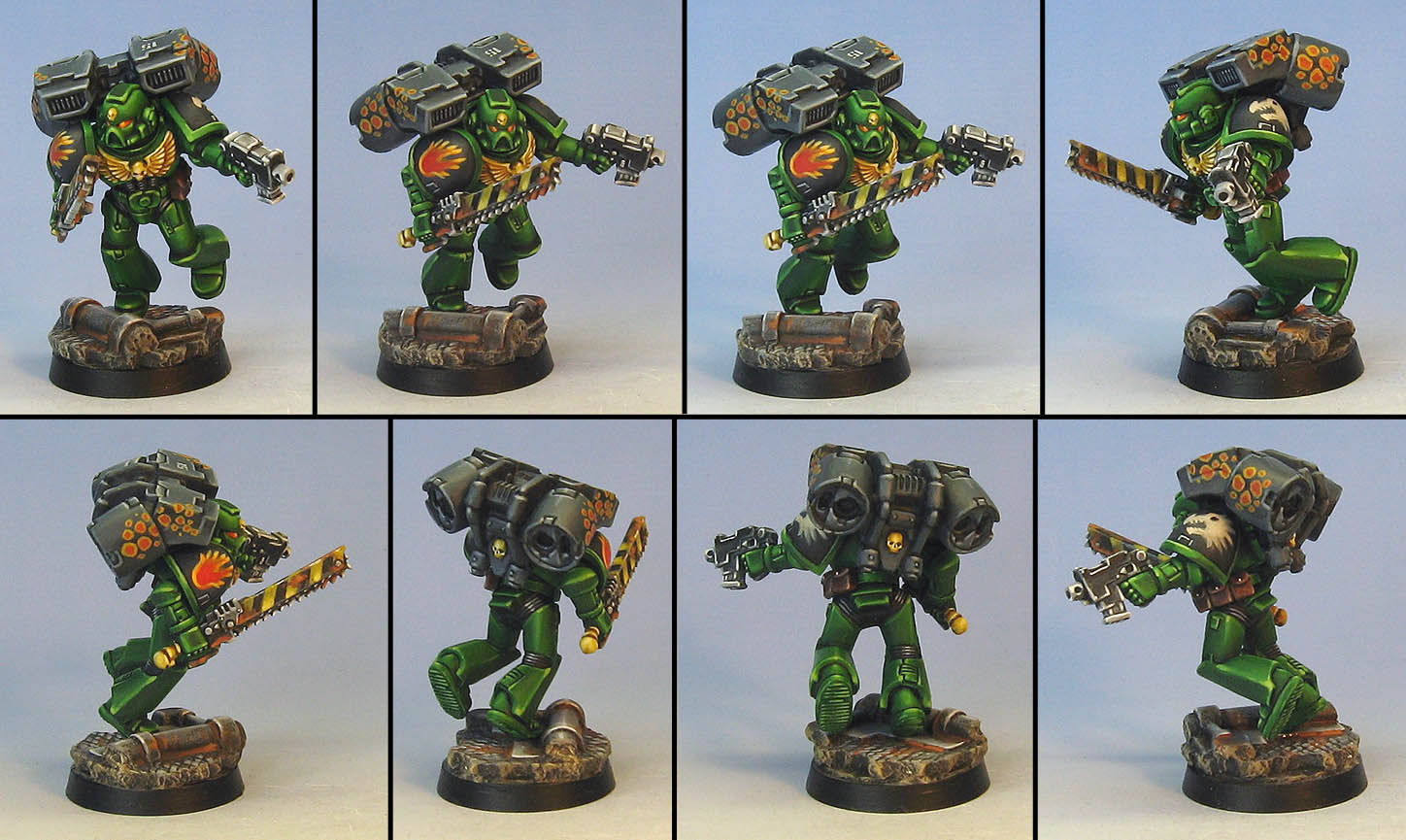 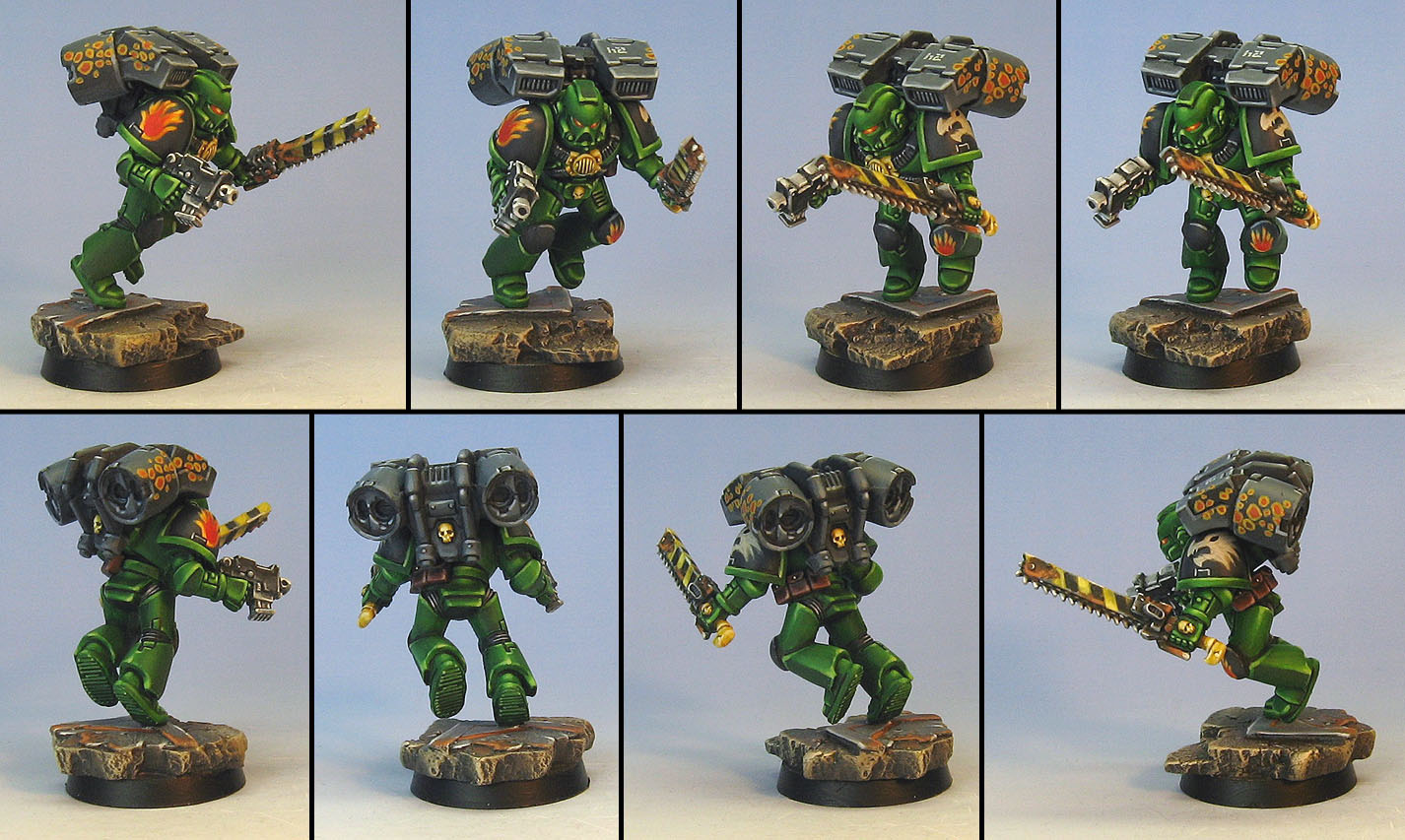 OK, among the many tasks I have for today is to film a short little intro for the Kickstarter!  If it all works out, I will post that here.  Hopefully you will get a chuckle or two... 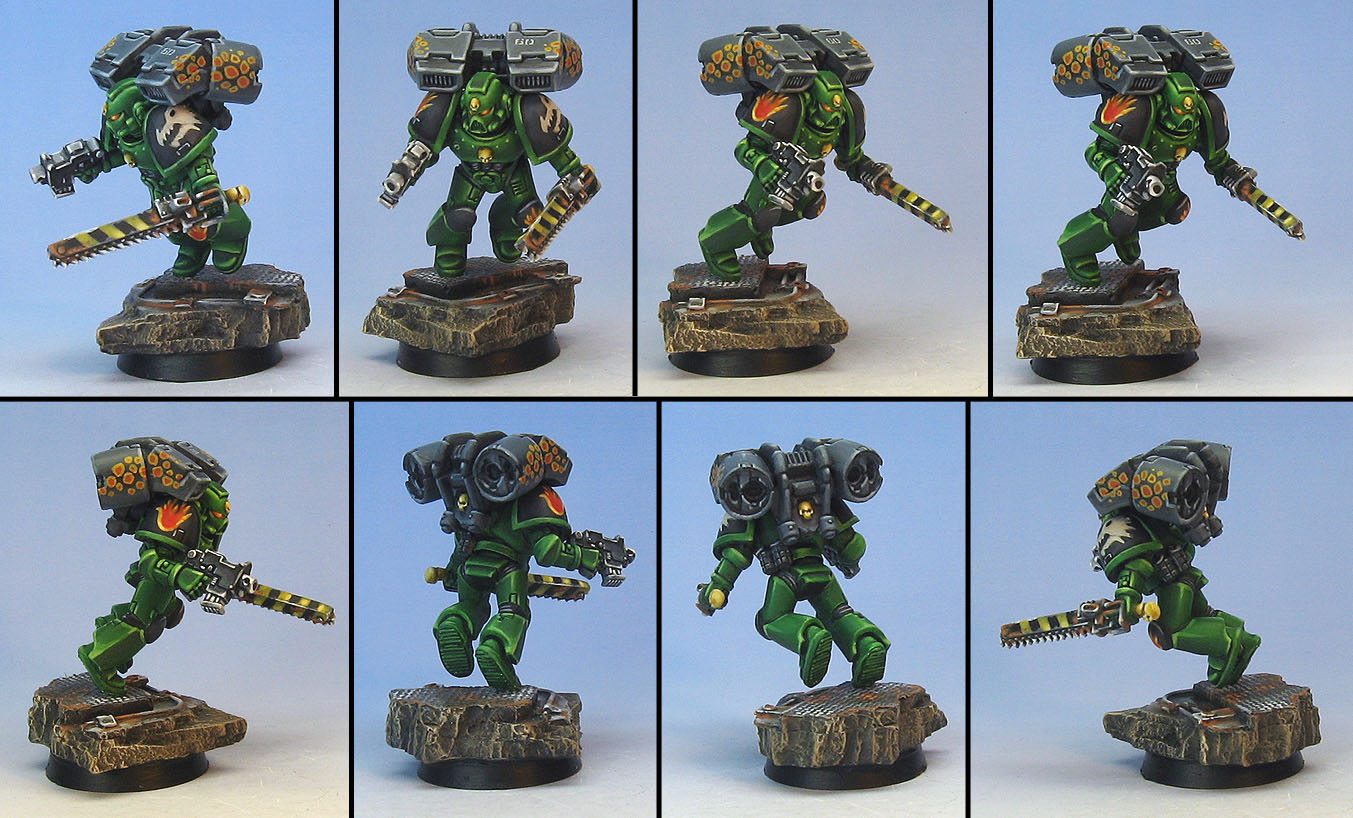 Posted by wappellious at 10:30 AM No comments: 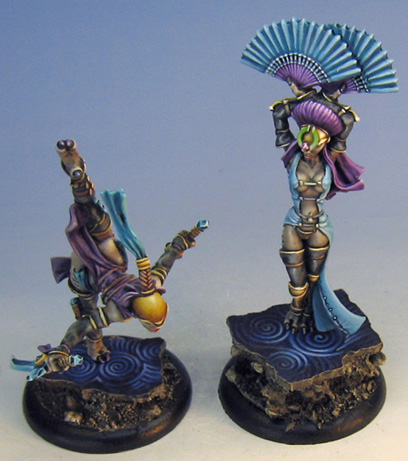 It continues to be very very hectic here!  Lots of activity in so many areas.  Before I try to prepare for "officially" announcing the Kickstarter on CoolMiniOrNot, I wanted to get in a late night blog post. :-)

This one involves the Dragyri Air Caste.  We have a Trueborn, in this case a Whisper.  The flesh tones on these figures had to be grey, as opposed to the usual brown of the Ice Caste. 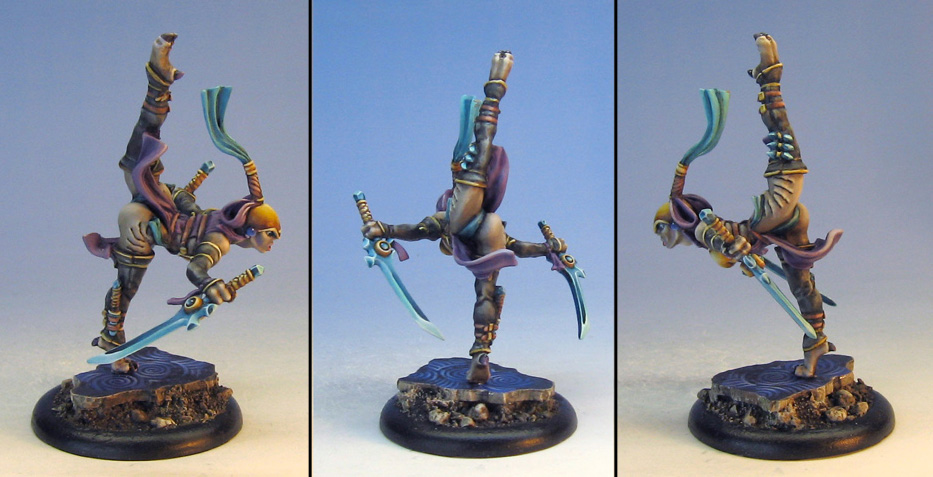 Here a Yovanka joins the Whisper.  The base design became a particular favorite of mine, and I did it for all the trueborns in this batch. 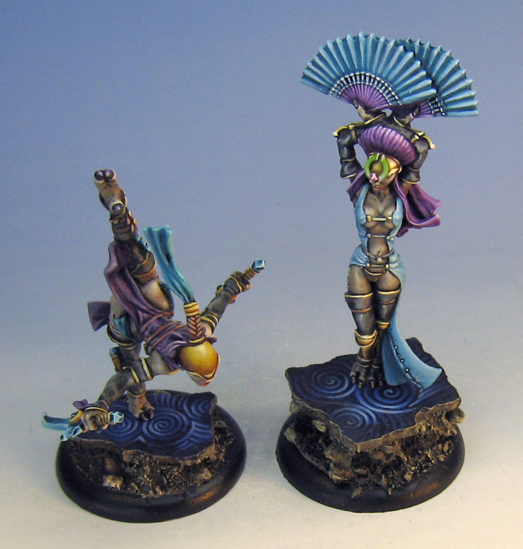 Here we have a Taskmaster, and a crystal base made from sculpey.  More techniques that I am making videos for the Kickstarter! 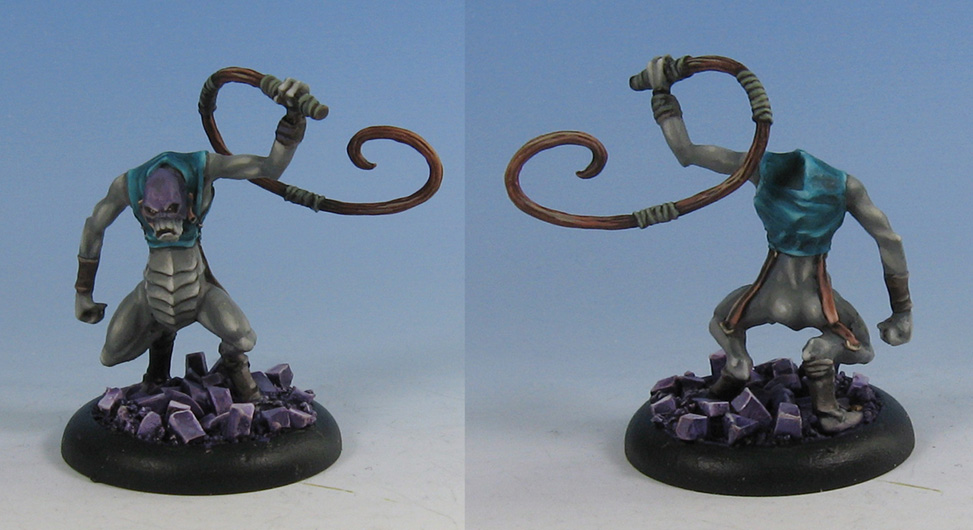 Here's the Taskmaster with some slaves... 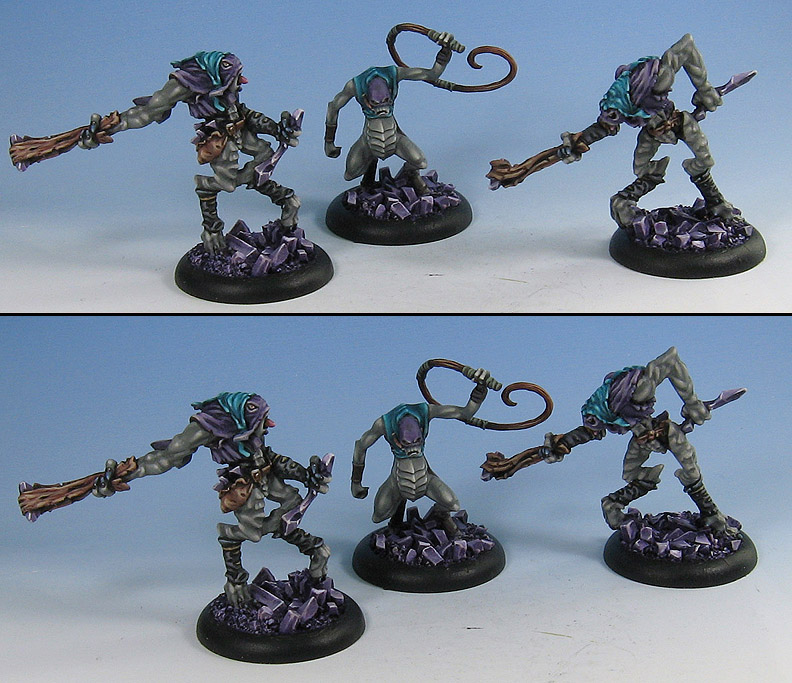 And finally, a batch of normal slaves.  The Dragyri really "scale up", as you have these really little guys, who give way to some bigger Trueborns, all the way up to big monsters!