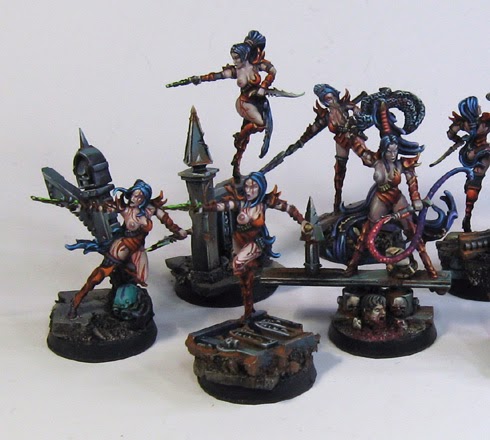 Today we have some Sci-fi Blood Vestals from Raging Heroes that I used as Wyches for my Dark Eldar army. 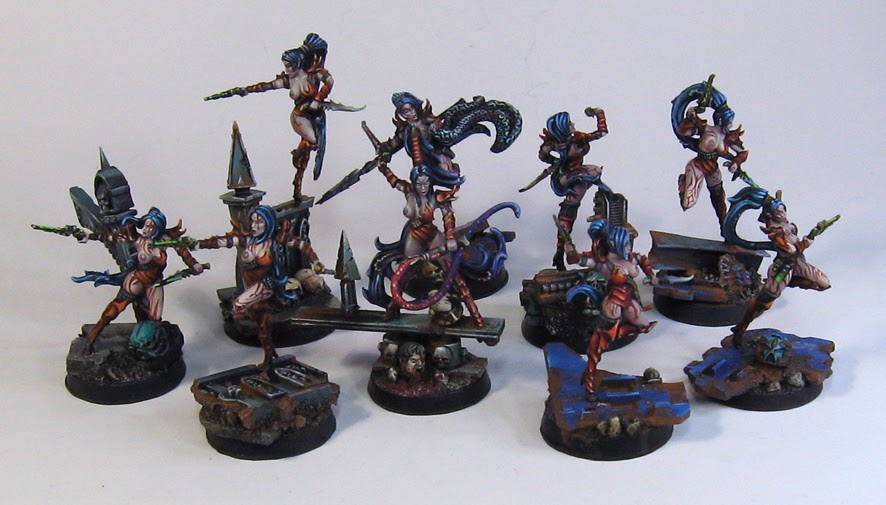 Obviously, the poses are very dynamic.  It made basing them a lot of fun! 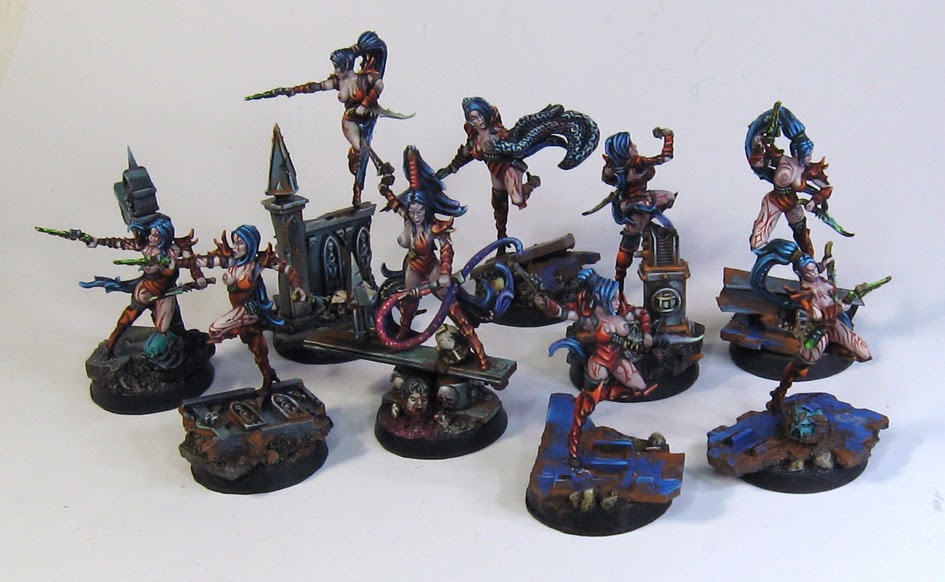 You have seen the other bases in the army, so they had to match as well.  It was a combination of vehicle parts from the Space marine army they were chopping up, and pieces of the city which was being overrun. 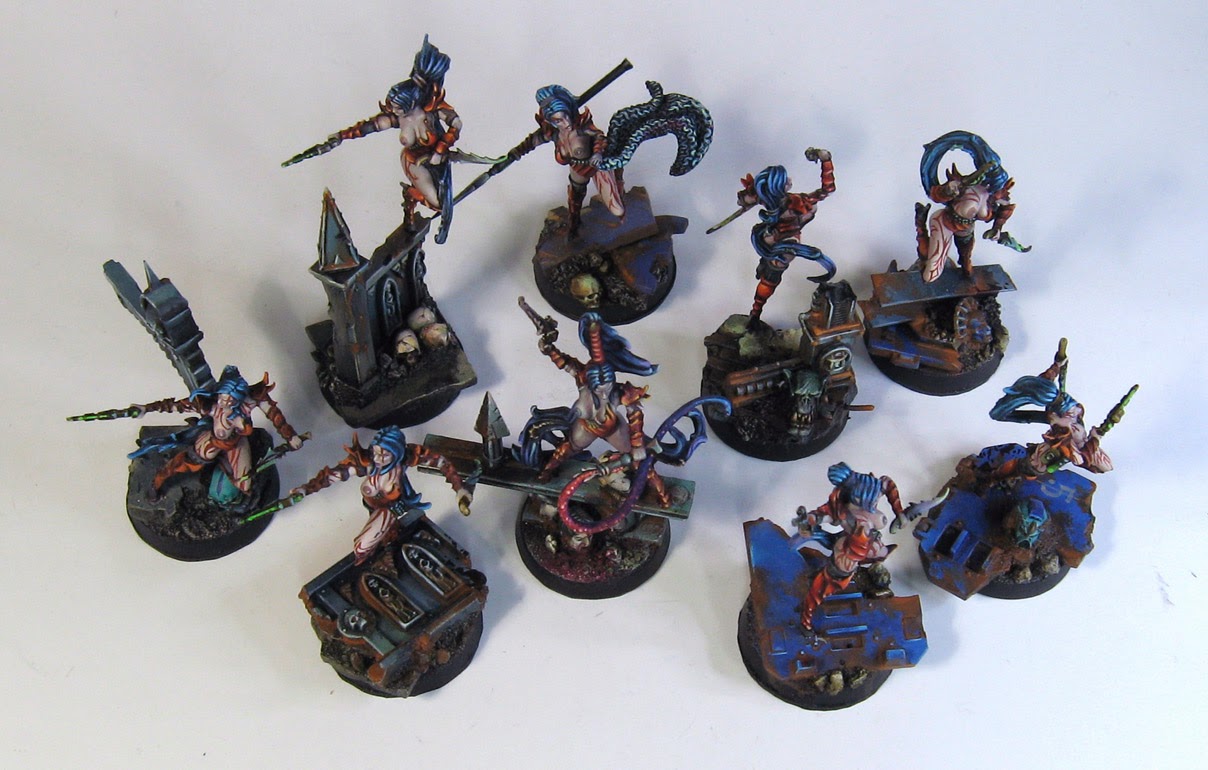 Here are a few shots with less miniatures, breaking down the group into the size of the actual squads. 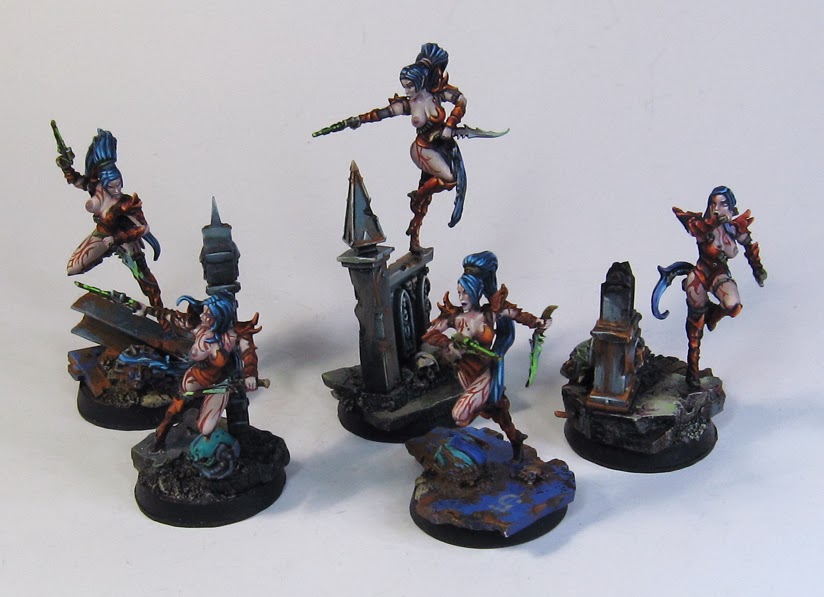 I had these riding in Venoms, with a role as vehicle hunters.  It actually worked out that way a few times.  They were worthless in close combat fighting anything besides Guardsmen, however.  Space Marines just shrugged it off... 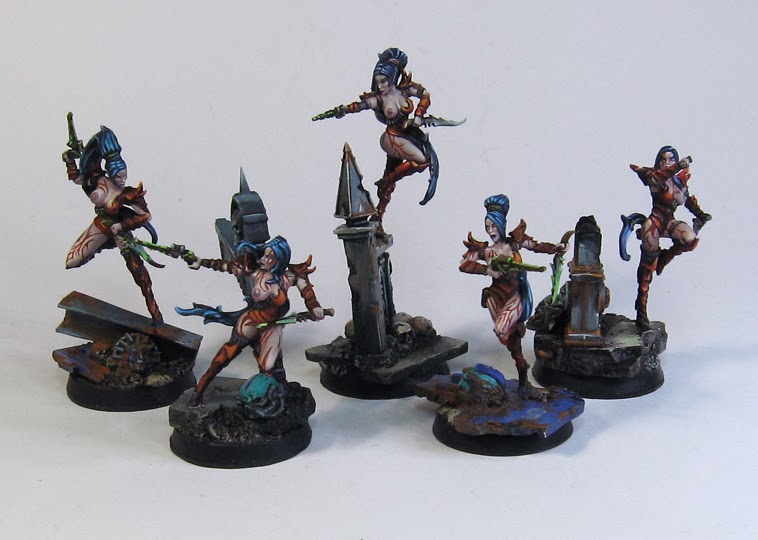 I could not resist the temptation to paint the tattoos!  That was a lot of fun. 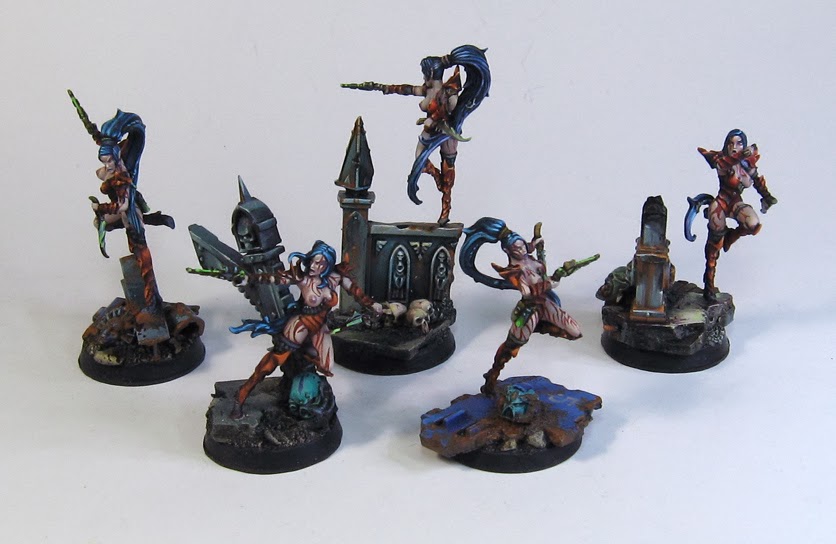 You can see a number of work in progress posts involving these figures, including a few 'unboxing' posts. 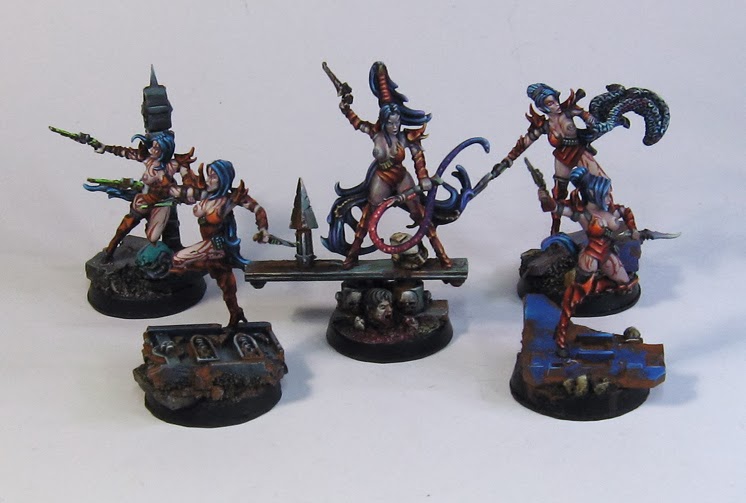 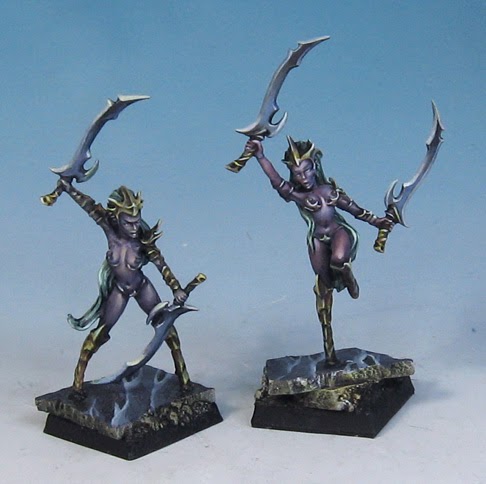 This set of images shows the figure that was just painted next to one of the figures painted for the instructional videos.  The one on the left was in a case where I couldn't see it. 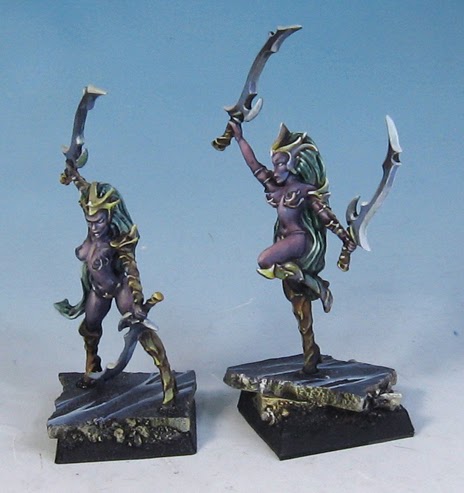 The idea was to see how closely I could match the colors.  The hair was the easiest, since I remembered exactly what I had used.  The armor was the same process as well. 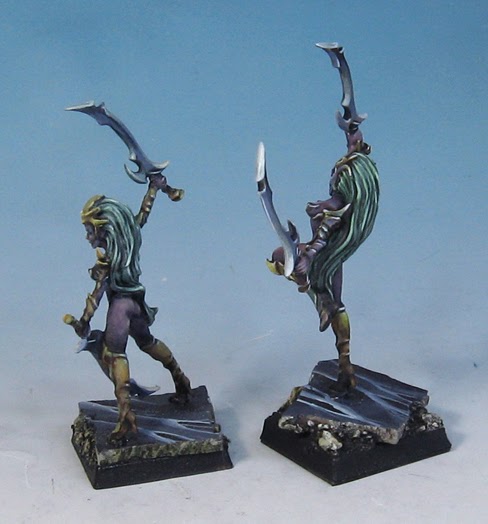 The skin was the trickiest part.  I had a general idea what I had done, but I had to try out some new mixes. 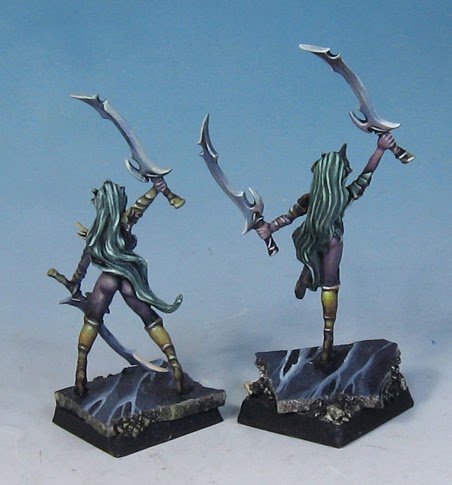 I have one more on the way, so it will be very interesting to see all 3 of them together! 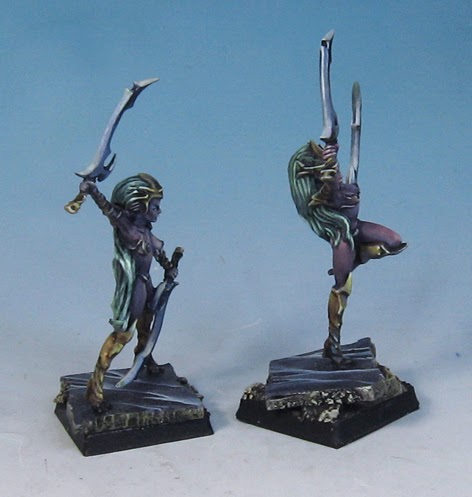 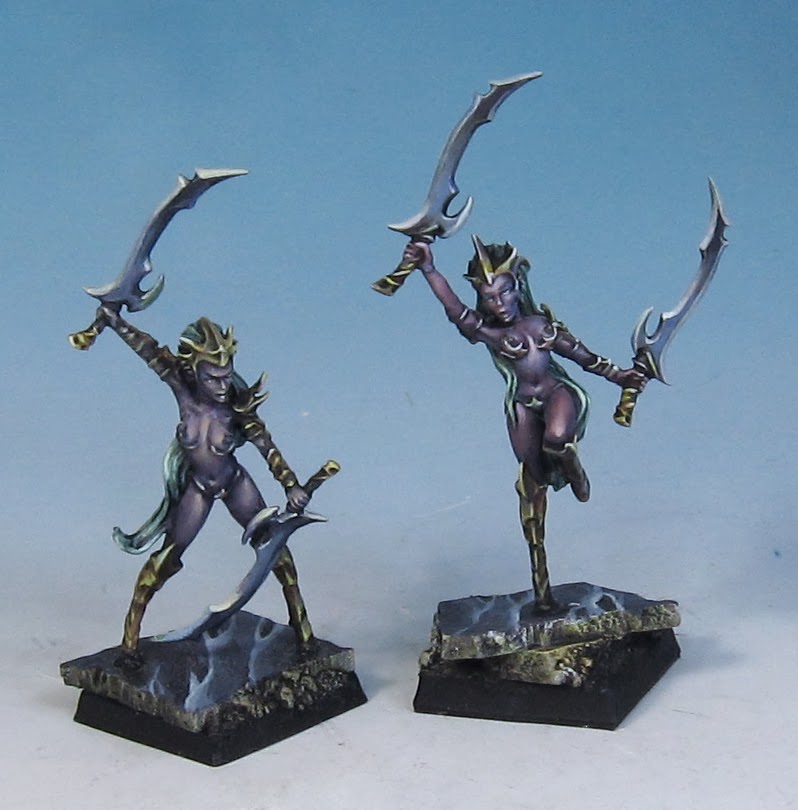 Posted by wappellious at 4:00 AM 2 comments: