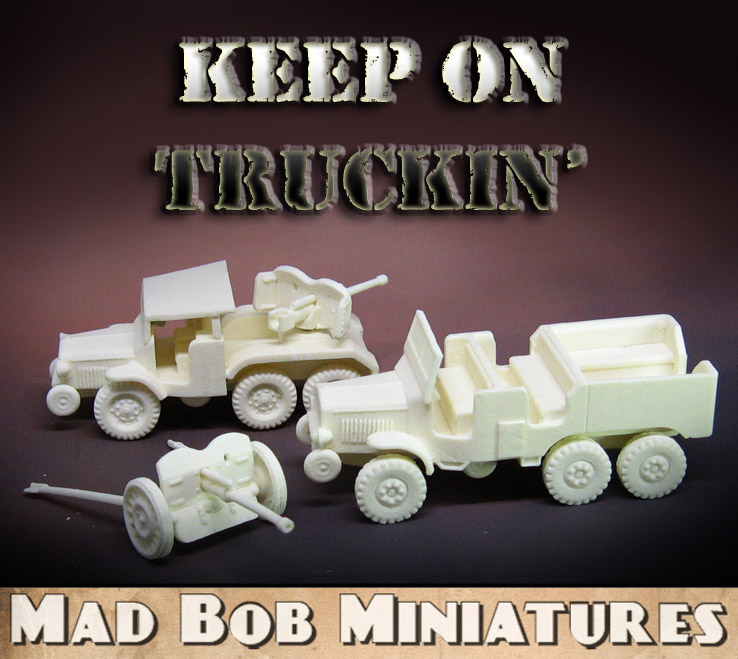 As you already know, my focus with the French army has geared itself towards transports.  Chief among these are the Laffly series, which proved to be quite the all purpose vehicle.  They hauled troops, guns, and more!

I already have a few of the official Bolt Action Laffly trucks, but when I saw the array of vehicles available from Mad Bob's Miniatures (yes, you read that correctly)  I just had to dive in and get some for my own French army!

This is the typical Laffly S20TL.  These have already served me quite well, so adding on with the Mad Bob's versions will add just a tiny bit of variety, making them easier to distinguish from one another on the battlefield. 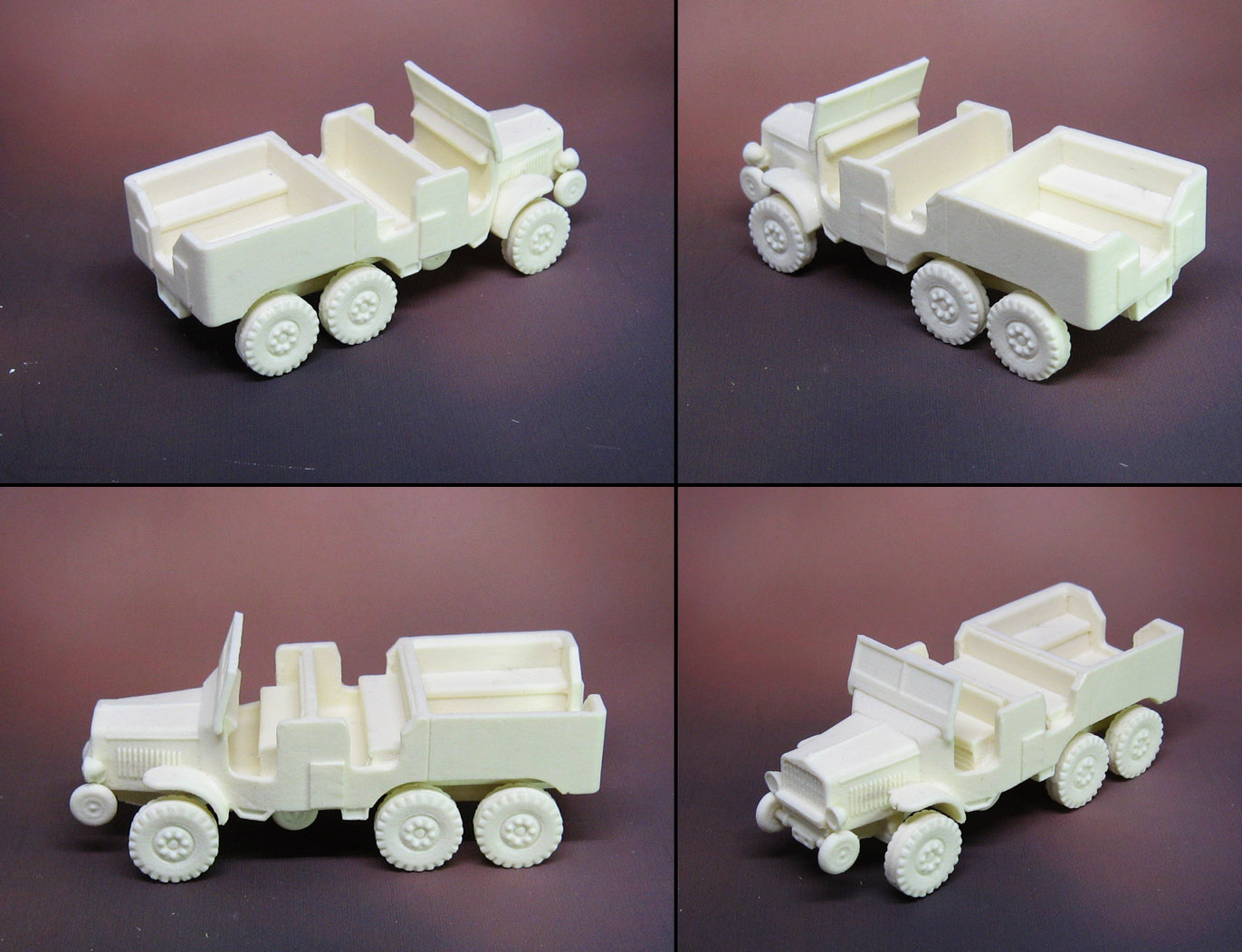 This W15TCC Tank Hunter was even more vital, as Mad Bob is the only manufacturer I know who is producing it in this scale.  I first learned about the effectiveness of these in Flames of War.

Obviously there are differences between the two systems, but the mobility of a medium anti-tank gun for not so many points is significant to say the least!

I also got a standard set piece 47mm anti-tank gun, but our games have shown how easily that anchored gun is placed at a disadvantage quite often. 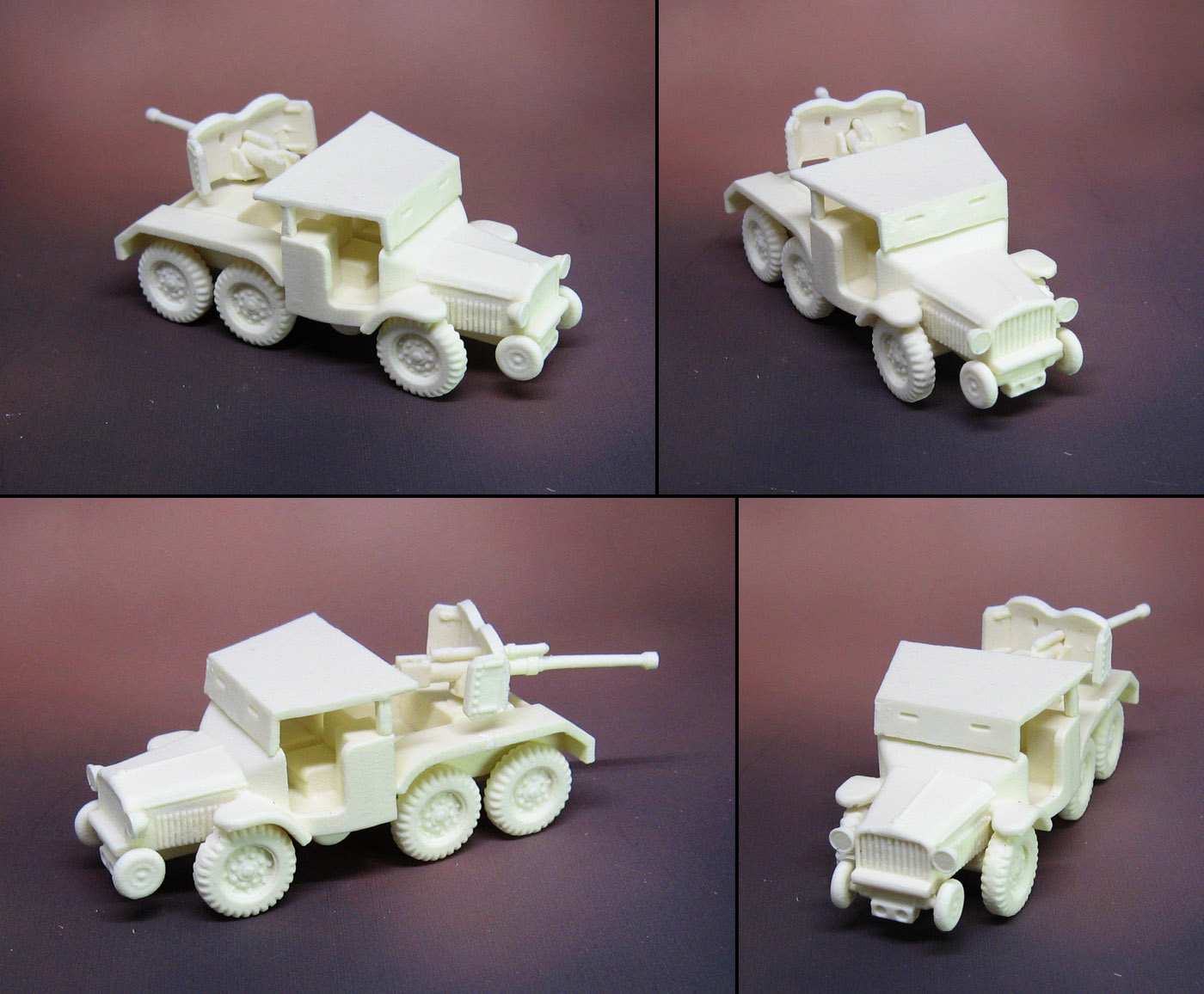 While I can use the Laffly trucks as a tow for my artillery, I like the idea of having an anti-tank gun which can move 24 inches on a road and still shoot! 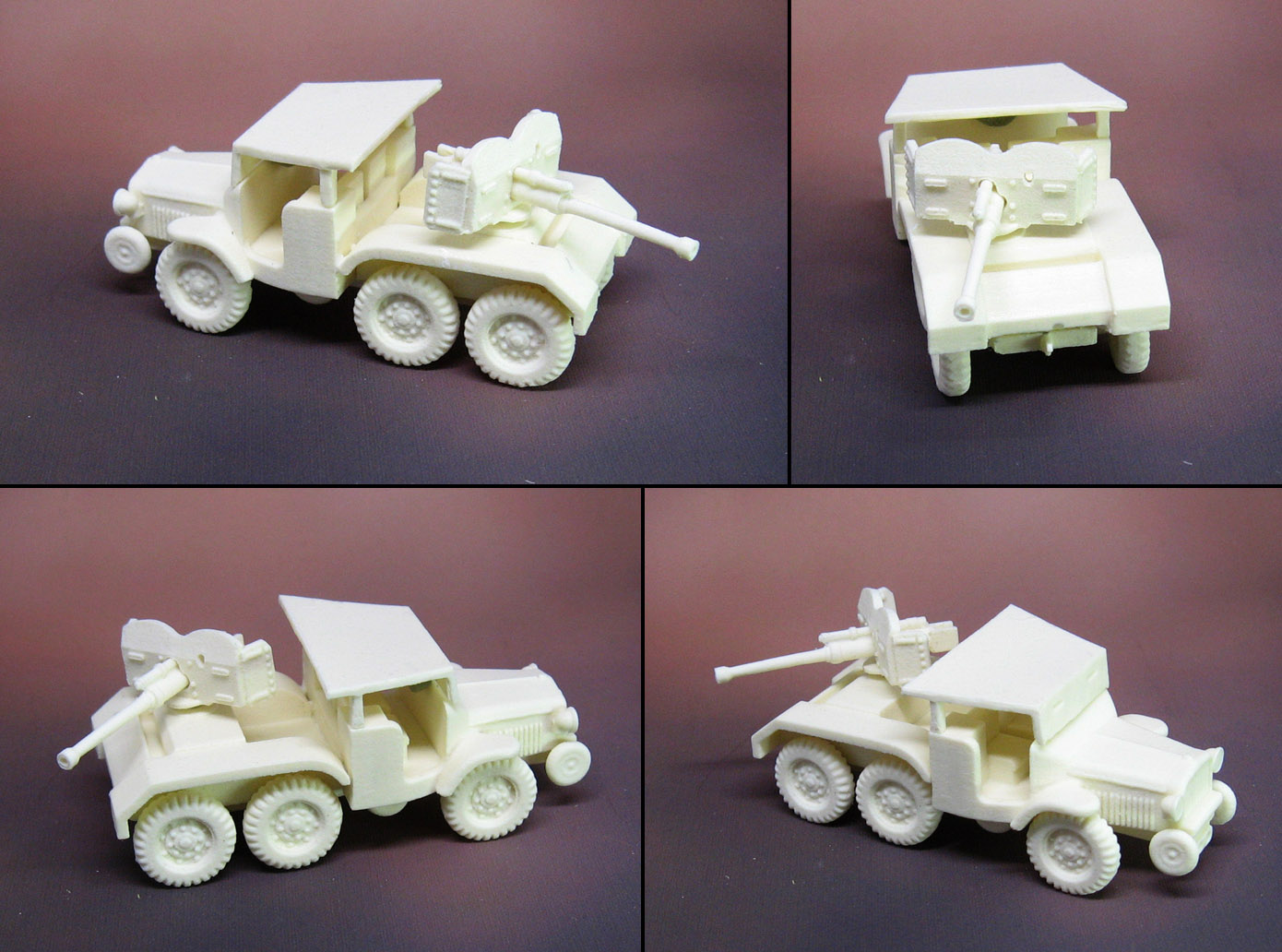 Oh, and let's not forget how nice these are.  Prepping them was very easy, and they have proved to be resilient and strong. 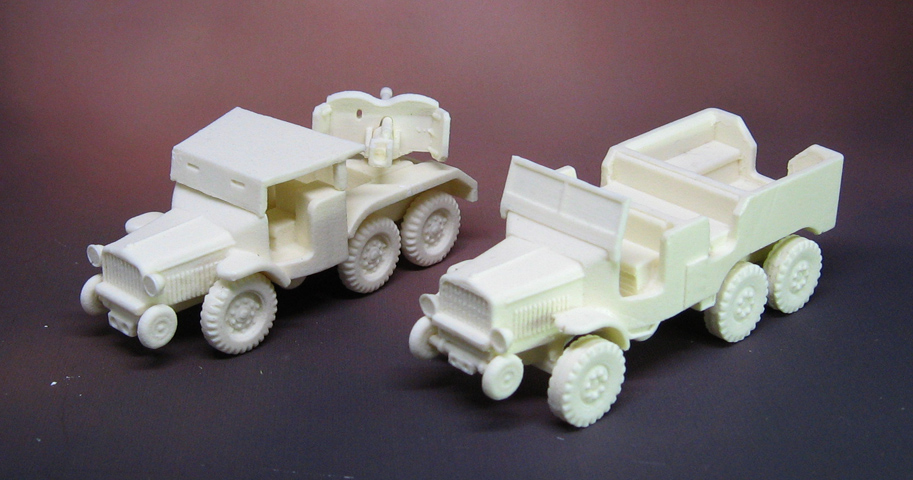 These are just the first to arrive from Mad Bob's vehicle factory.  More will certainly be added.

I also have the Citroen Kegresse P19 VDP, which will make an interesting command vehicle. 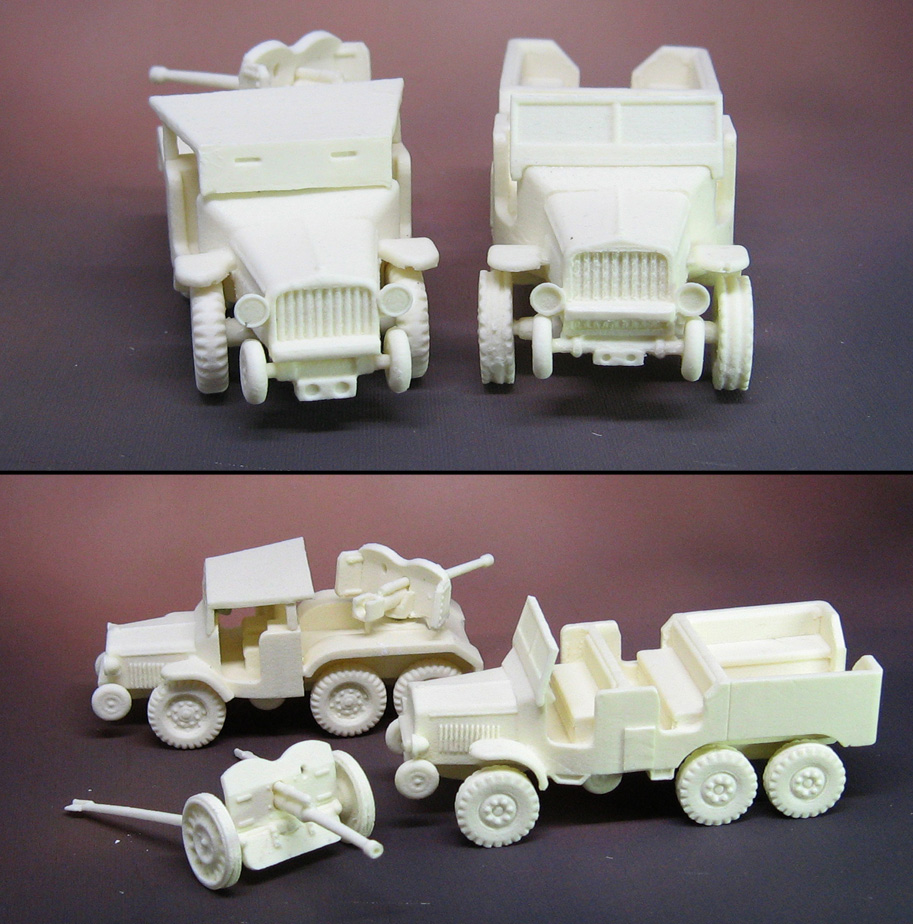 I think I mentioned in my last Bolt Action post about how much I am enjoying trucks in general.  While the tanks are fantastic, and lots of fun, there is a certain sense of realism here.  I have seen tanks on bases and in museums, but not generally driving down my street.

I see trucks of all kinds every day, so this factor makes these more near and dear to me. :-)

This shot has a few of my French troops to give you a sense of the scale, which is the same as the Bolt Action version.

Here is Mad Bob's webstore, showing not just the other French vehicles, but everything else too!! 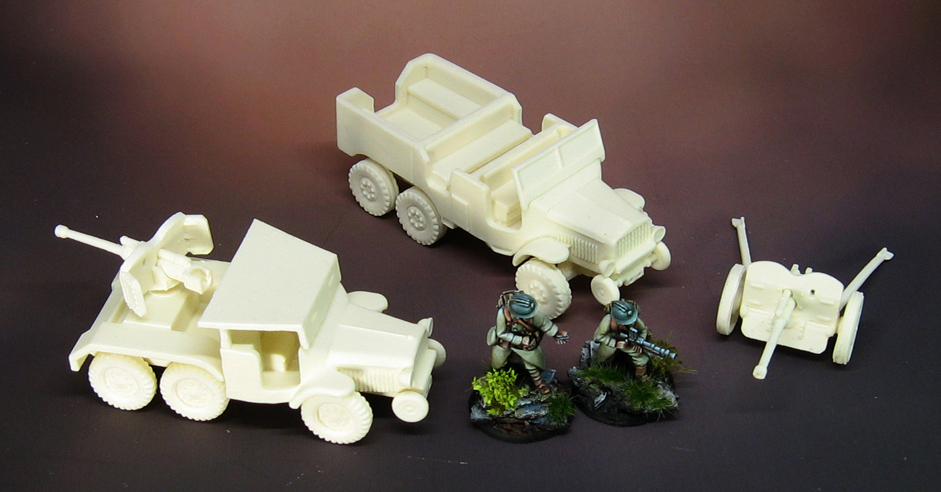