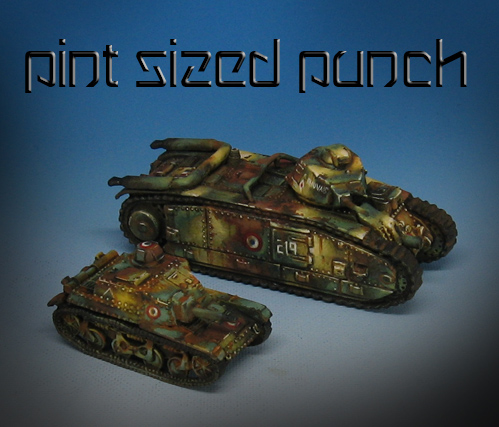 Here we have the tiniest of the tiny tanks, the French Renault AMR-35 ZT series.

This 'tank' is more like a tracked armored car... not much bigger than a mini-van.

According to one Flames of War book, these were used as supply transport vehicles in the Levant, considered too weak to go up against medium Allied tanks.

The other ZT version that I am working on has a commander sticking up out of the hatch, which will really give you a sense of how small these were!  Again, it's another one of those curious early war designs.

The search for what actually worked commenced with war, and then the subsequent designs were created to counter the enemy innovations. 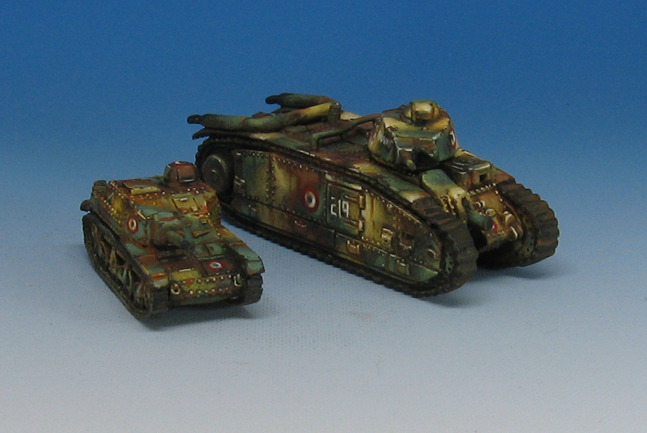 Posted by wappellious at 3:04 PM No comments: 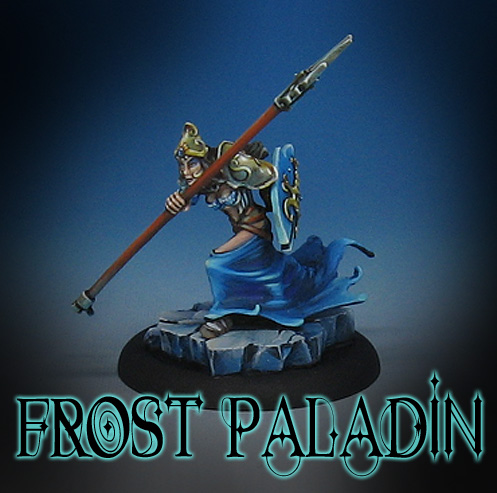 This very unusual figure is another one from the out of sight, out of mind collection.  I had begun working on it many years ago, but a final theme eluded me, and it was pushed to the background.

I had the ice base painted as part of the video project already, and I thought the ice theme might work!

I was already considering a sort of blue and gold scheme, as other current projects are using these colors.  The blues of the robes and shield were a bit more saturated than the ice, which had more muted grays and indigo blues.  I even used a bit of Reaper clear purple in the shadow areas of the robes to give those a little extra punch, and some interest in those darker colors.

I did take a series of photos of the base, so that you can see how it looked before the figure took over!