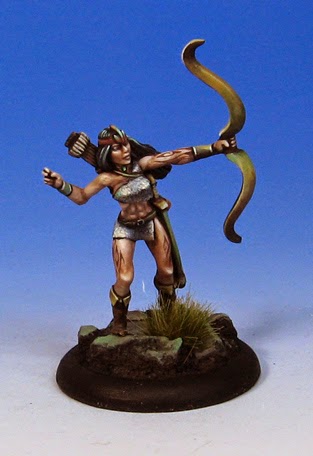 Still preparing for Reapercon!  Lots of work going on.  Speaking of which... another fun Reaper miniature.

I cut her off the broccoli base, obviously, and placed her on a Dargonforge Designs base.

More from my Memoirs 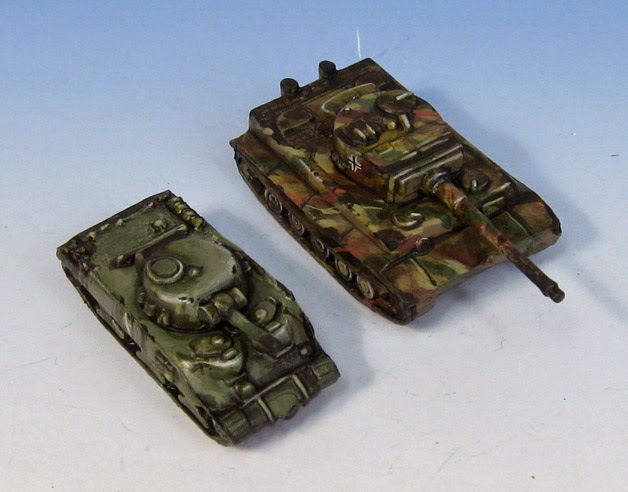 After experimenting with the Tigers, we shifted to one of the Allied vehicles.  Standard late war Sherman, I believe.  There were a few unfortunate mould lines in comparison to the Tigers, but still eminently paintable. :-) 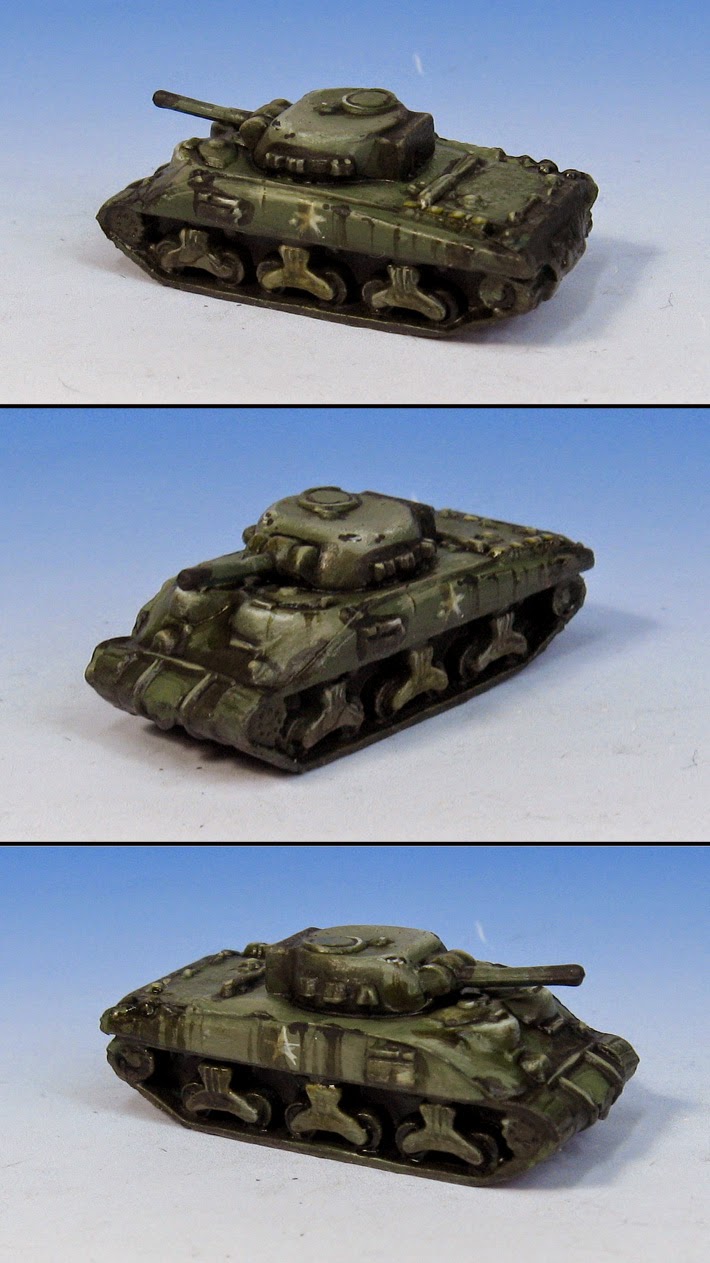 Here are a few comparison shots... 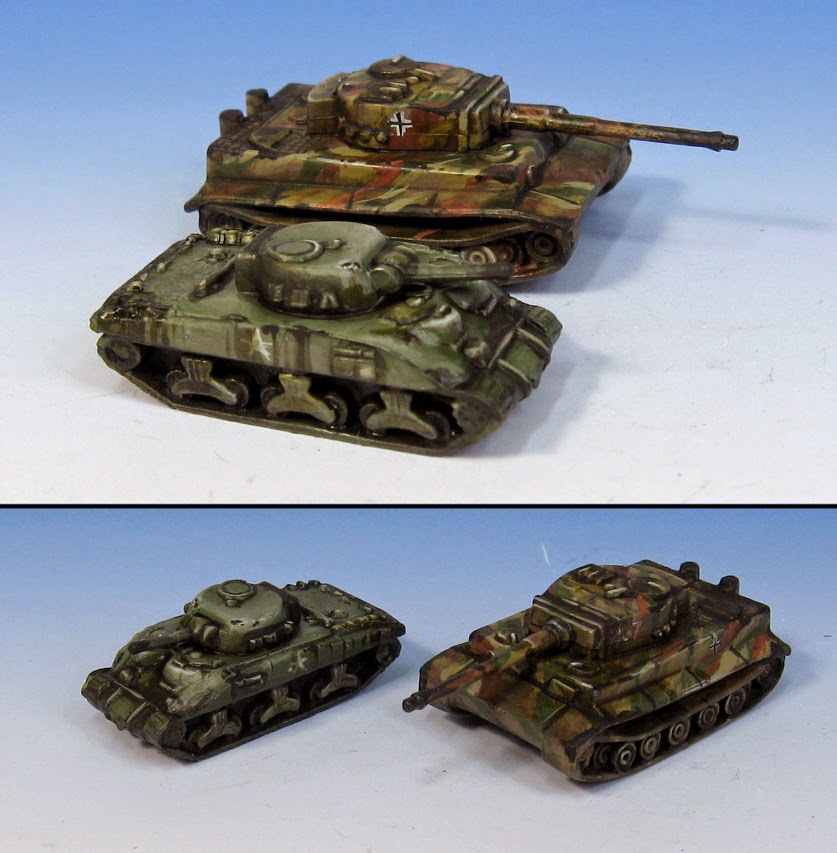 Then it was time to experiment with infantry.  Once again, a blizzard of choices!  I think this is one of the things that has always made me more hesitant about doing historical miniatures.

Everything has to be so precise.  Depending on what time period, or the theatre of war, there can be a daunting amount of variables.  To begin, we kept things simple.  Very basic US uniforms.  I wanted to contrast the warmer colors of the field jacket to the cooler, darker greens.

I also tried to match the spats, and use the browns in the rifle to get a tiny bit of color contrast. 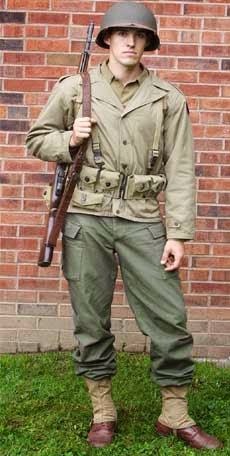 These guys are incredibly small, and mould lines will wreak some havoc here. 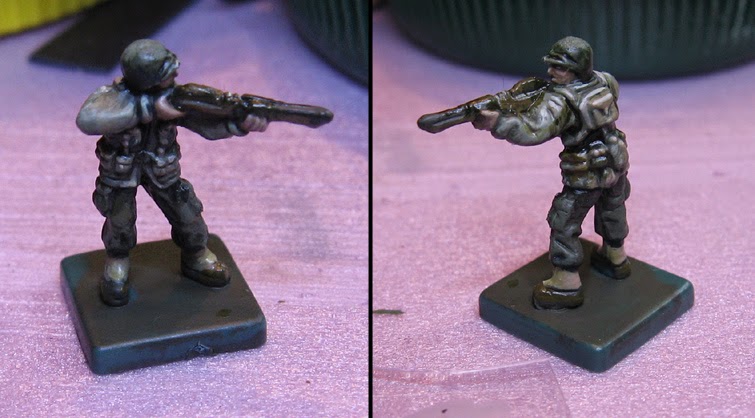 On the German side, there were hundreds of choices.  We are definitely going to be making a few units different schemes, since there are a number of scenarios that call for specially marked units.

The German infantry had a giant mould line running through the face, so that meant not much happening there. 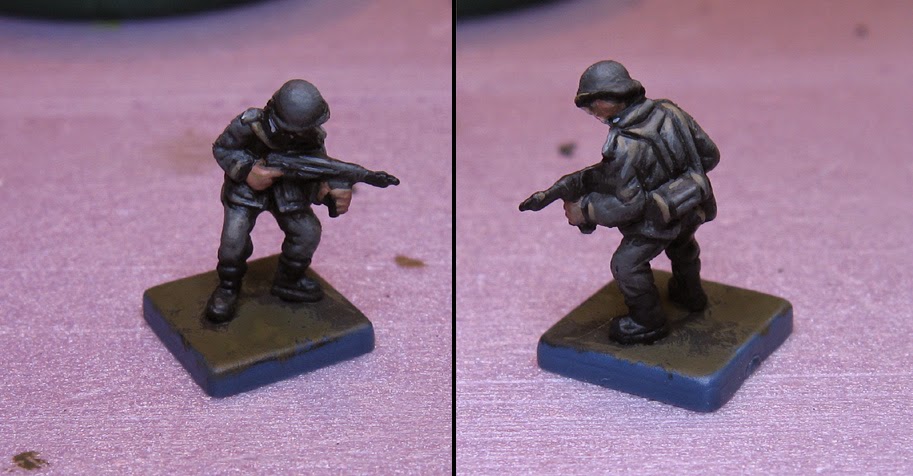 The two side by side.  Again, this stuff is super small!  They are barely waist high to 'regular' 28 mm miniatures.

This has been a very interesting experience, and I have learned a lot!  I think one more session will take place this week. 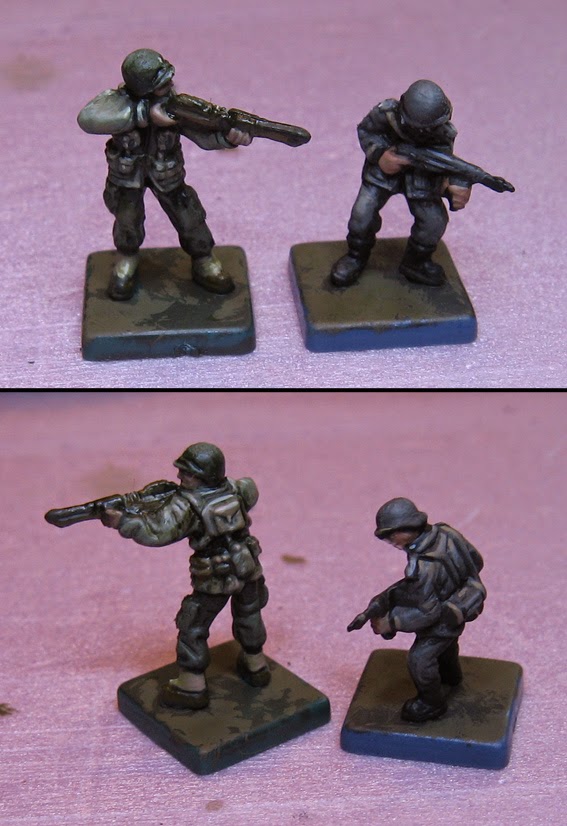 Posted by wappellious at 12:57 AM No comments: