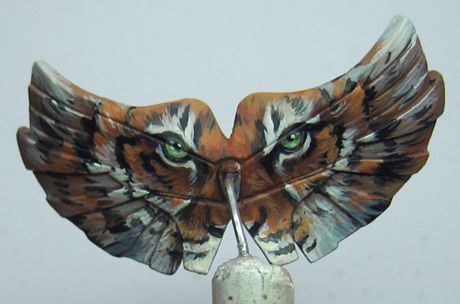 Here are the rest of the step by step images of the Archangel from Urban Warfare.  They have always been favorites of mine.

As I mentioned in the previous post, this is one of a few miniatures I have been considering for a Freehand design DVD.  There are a lot of freehand design DVD's concerning cloaks and banners, but not as many on rougher surfaces such as this.  In addition, this freehand is supposed to work directly with the colors on the figure, in a very unique camouflage.

When I last left you, I was working on the later stages of the tiger face freehand on the wings.  I established the darkest darks on the design. 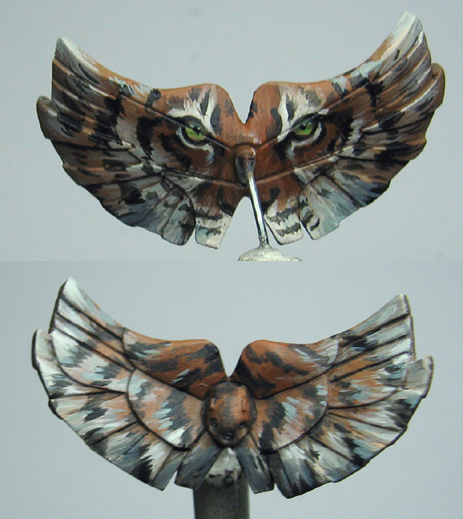 Then I went back into the middle tones... in this case, the orange/browns of the face. 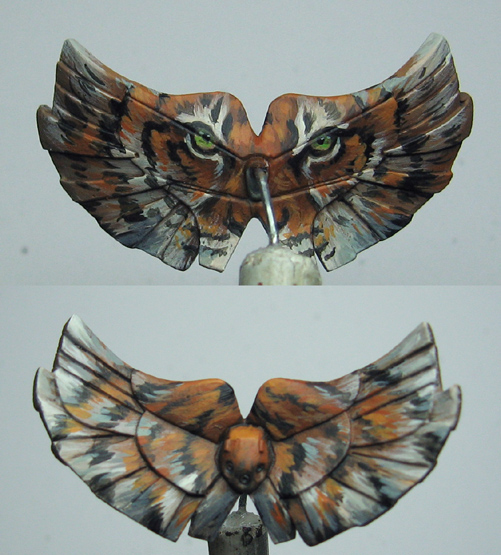 I was also working on the archangel herself.  With the application of the oranges to reflect the wings, she was ready for some darker glazes. 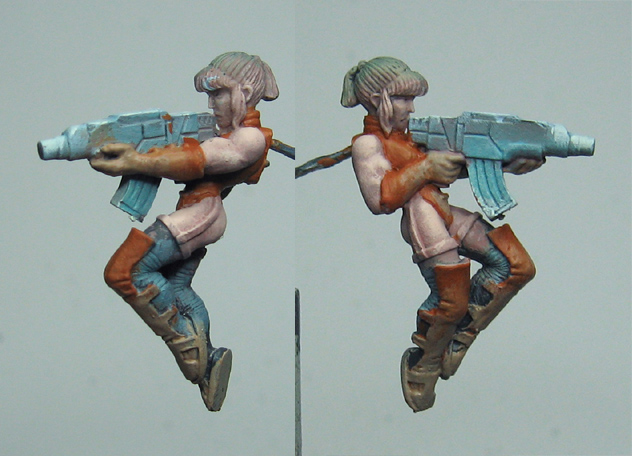 You can see these on the hair and leggings.  I mixed the Reaper Brown liner with some ashen brown and grey to do these glazes.

The idea behind the colors on the Archangel is to have her feet and gloves be white, like the paws of a tiger.;-) 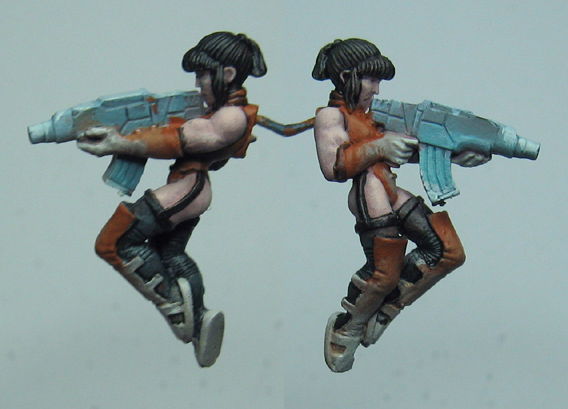 I did some final details on the eyes, and pulled out a few individual hair areas on the rest of the face. 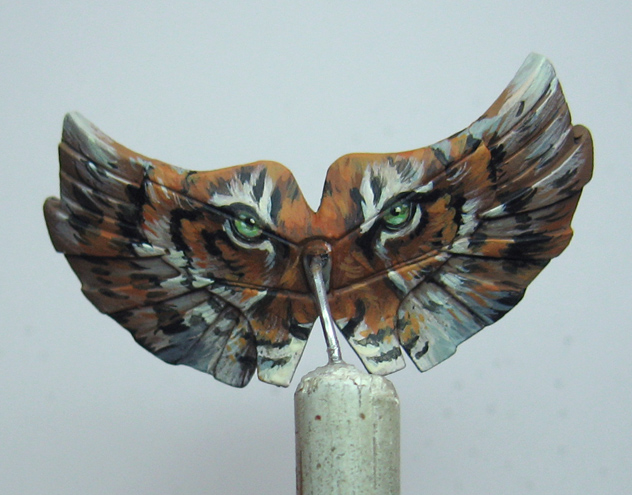 With all the darker glazes applied to the Archangel, it was time to work back into the middle tones.  I mixed in some light teal greens with my greys, which provided even more contrast with the warmer oranges and browns. 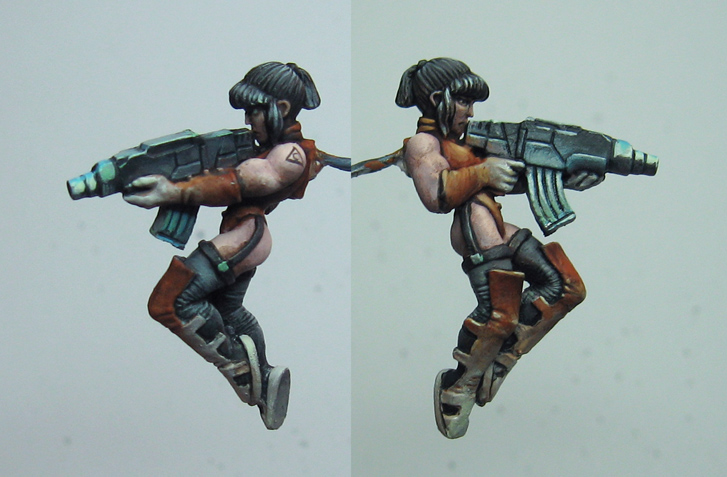 More refining of the highlights.  I also add some tattoos. 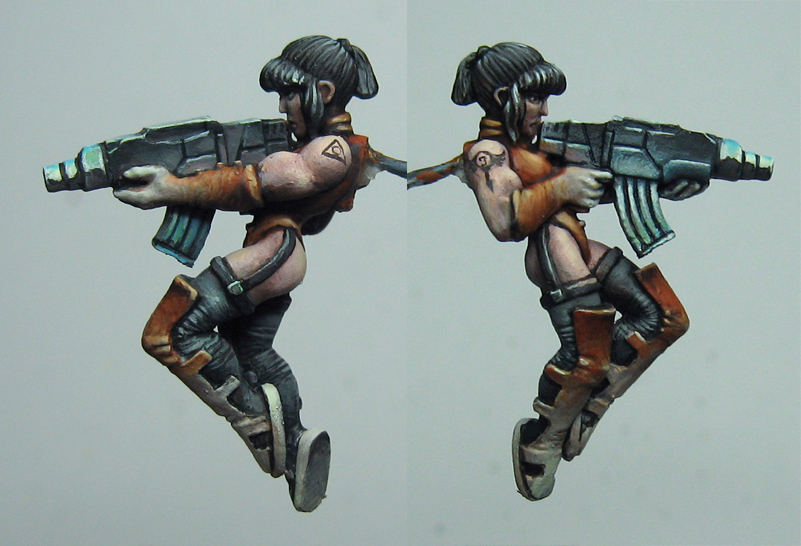 With a few more details added, she was attached to the flying stand and the base!  Stay tuned for those finished images!!

If I were to do this as a 'how to' Freehand DVD, I would be adding even more freehand things.  Probably some numbers or insignia on the sides of the gun, perhaps on the base, etc.

I will try to give you all a heads up on which miniatures will end up being the subject of the various titles!!

Posted by wappellious at 8:04 PM No comments:

The Flying Tigers: stage one 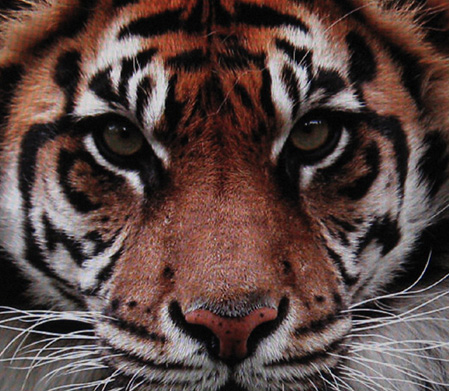 Here is something from Urban Warfare.  It is an Archangel from the VASA faction.  You could be seeing more than a few of these as part of our Kickstarter painting DVD's  Obviously, this would be part of a freehand series.

I began with a nice reference of a tiger face, which is going to be painted on the wings... 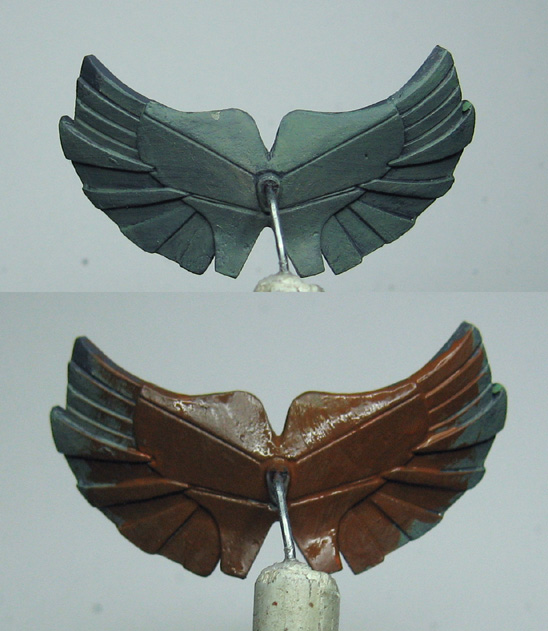 The girl will also have tiger colors.  This is the shaded basecoat on the flesh and gun... 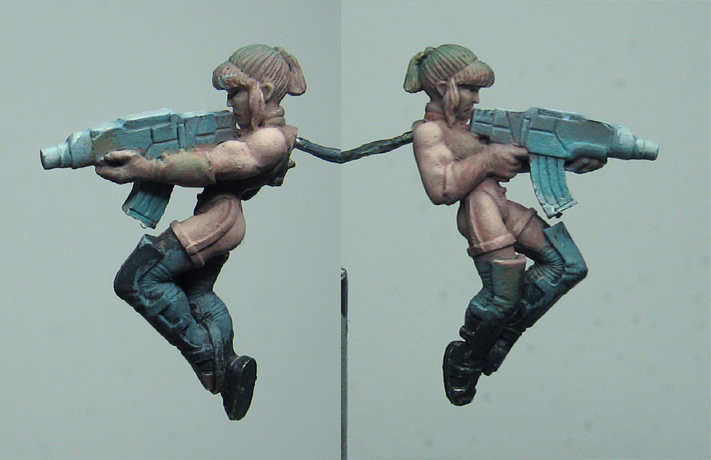 The first indications of the lights are painted, using a deneb stone. 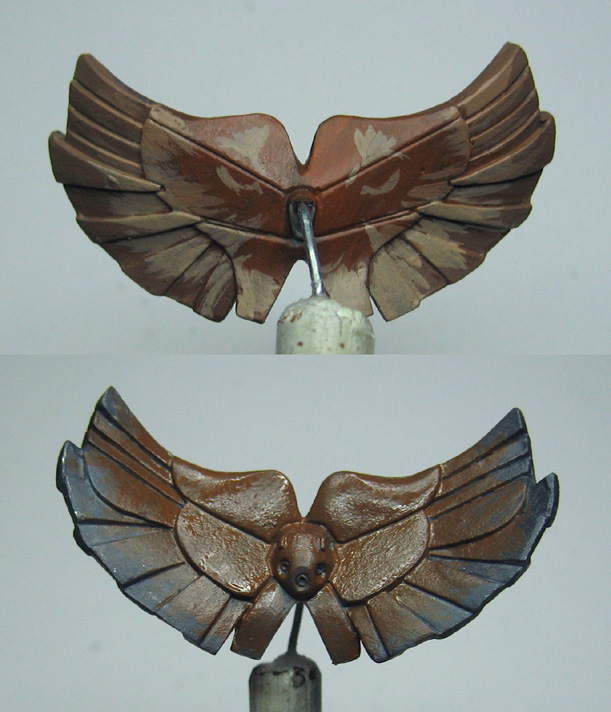 It is blended a bit with the reddish brown base color 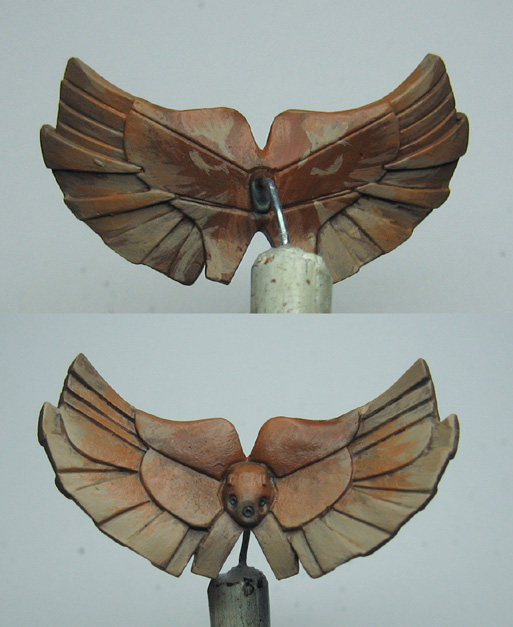 Some off white is added and certain marking are lightened. 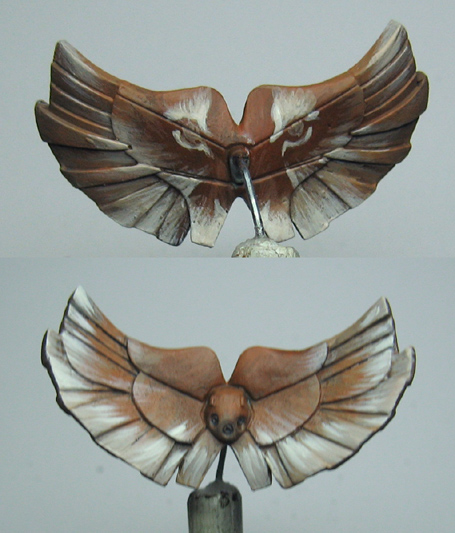 The eyes begin with some light green... 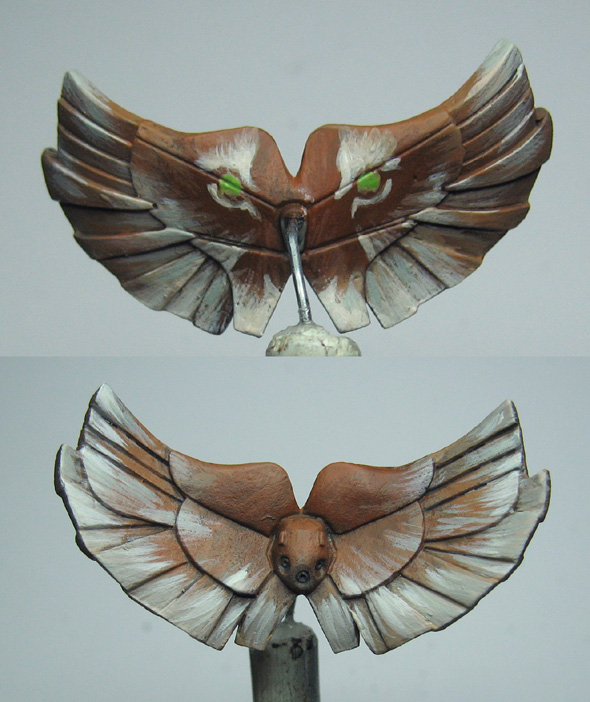 A dark brown is used to start pulling out the shapes of the eyes and darker markings... 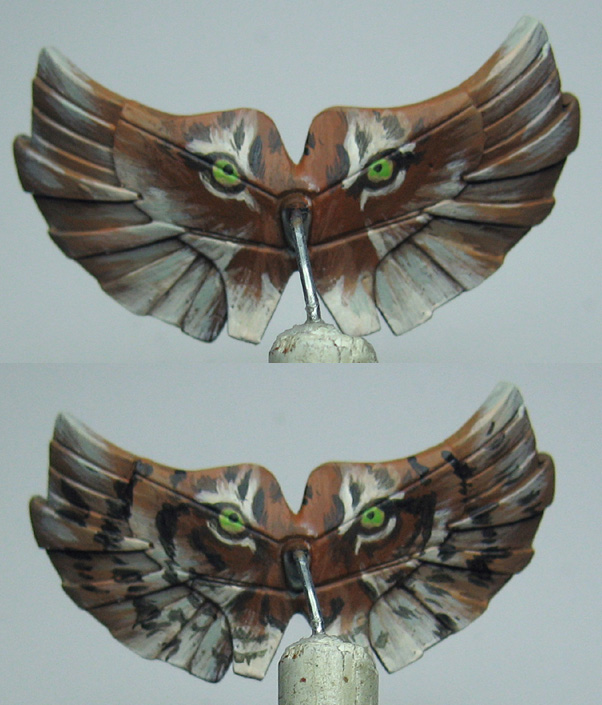 Stay tuned for the next episode!! 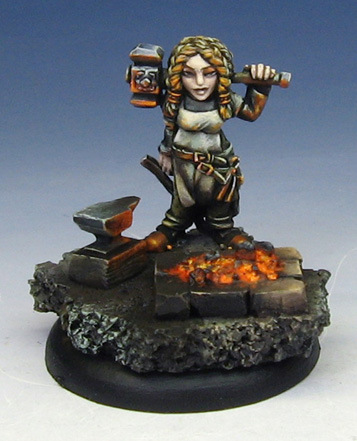 Here's Elinda on her base! 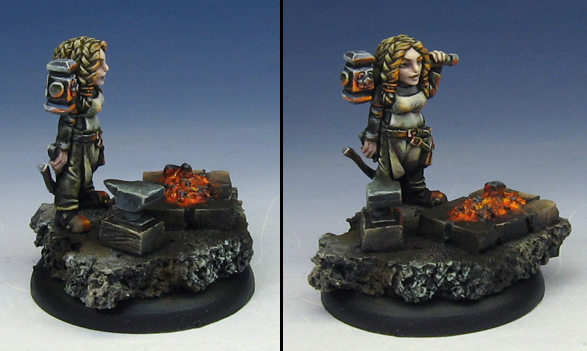 It was very cool to finally get to see the whole thing together.

Now it's on to the next one! 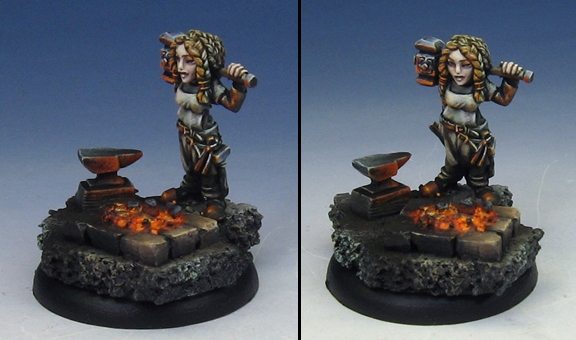 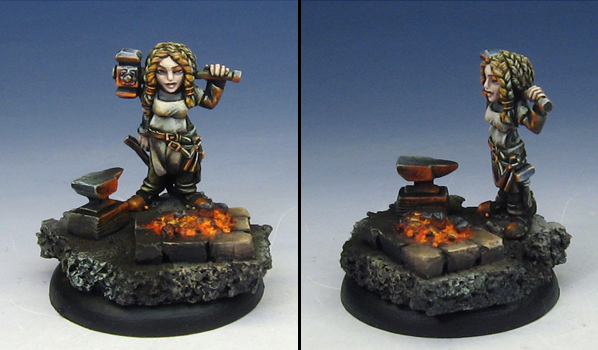 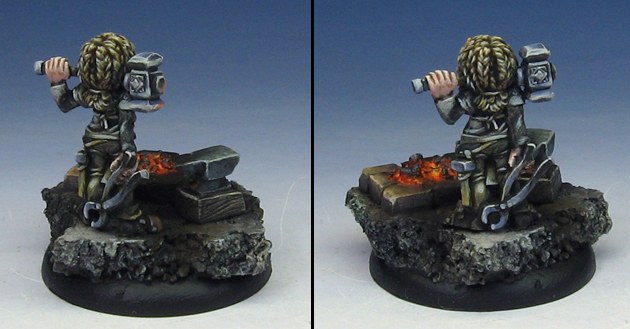 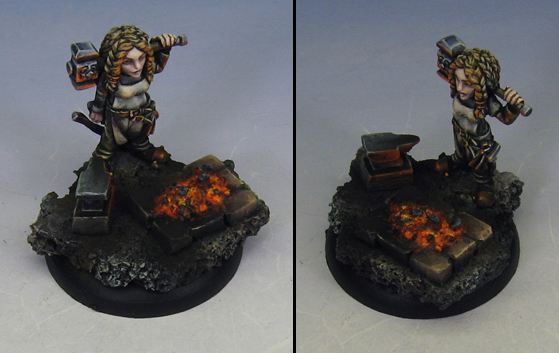 Posted by wappellious at 3:15 AM 4 comments: