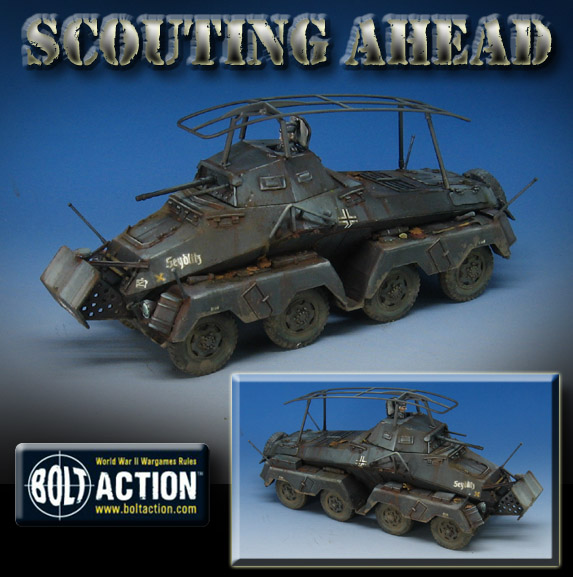 This was the most complex kit that I have done for my Bolt Action armies thus far, and a definite favorite!  It is so iconic for early war, and a vital recon instrument as well.  It has already made an appearance in my latest battle report video!

I painted it with Secret Weapon Weathering paints, where I used the Engine Grime for the first time, which made a very nice dark grey glaze (with a warmer tone).  I used the Reaper Miniatures Gray Liner paint as well, which was also a warmer dark that complimented the glazes of Blue liner.

While these early war vehicles are Dunkelgrau, getting different "temperatures" to your tones is very important.  For instance, the surfaces facing the 'sky' are done with more of a cooler tone, which those facing the ground are warmer, or more earth toned. 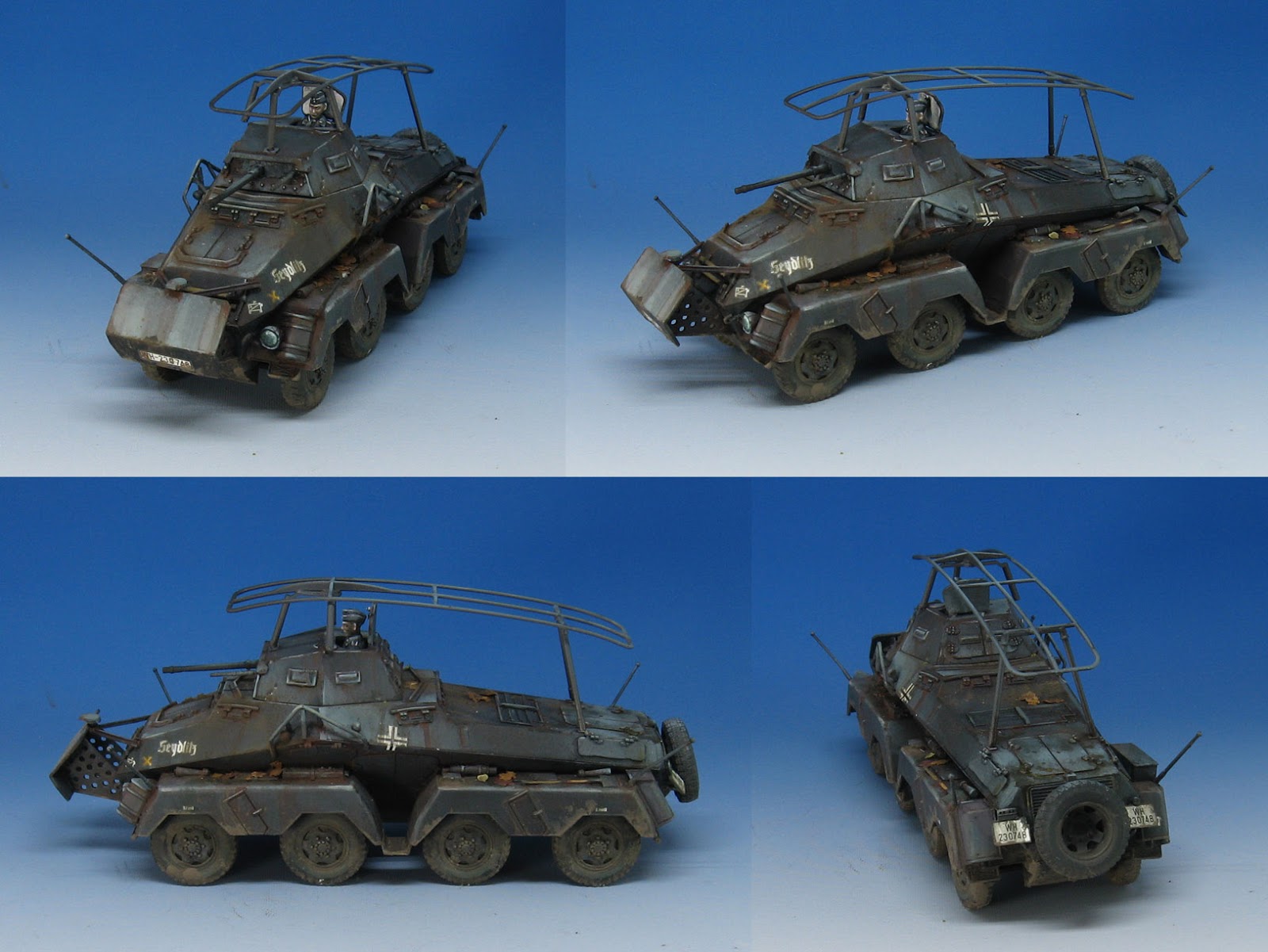 Without a doubt, this had the most decals that I have ever had to deal with.  Somewhere between 14-16 of them... most of which were tiny!!  Still, it really helps lend a sense of scale overall.

The other weathering effects were also done by using the Secret Weapon Weathering paints in a more "traditional" way.  There are several mud colors, and the same goes for rust.  I needed to use this vehicle in my video the next day after painting, so the usual oil materials were not really an option.

I used many of the same colors painting the Panzer 38T kit:

I even tried out the new Secret Weapon engine oil products on the rear deck of this SDKfZ 232.  You can see a bit of that in this image.

Over my last several live sessions and hangouts, I have tried to emphasize that "limited palette" exercises don't have to be so limited!  Even if a vehicle is desert sand, green, winter white, etc., there are many options for creating depth.

All that takes is a bit of forethought, and a willingness to shift a bit of the color to the warmer or cooler side.  I have done this on several "green" vehicles, and on some upcoming desert vehicles.

Here's a few links to some older Facebook Live sessions: 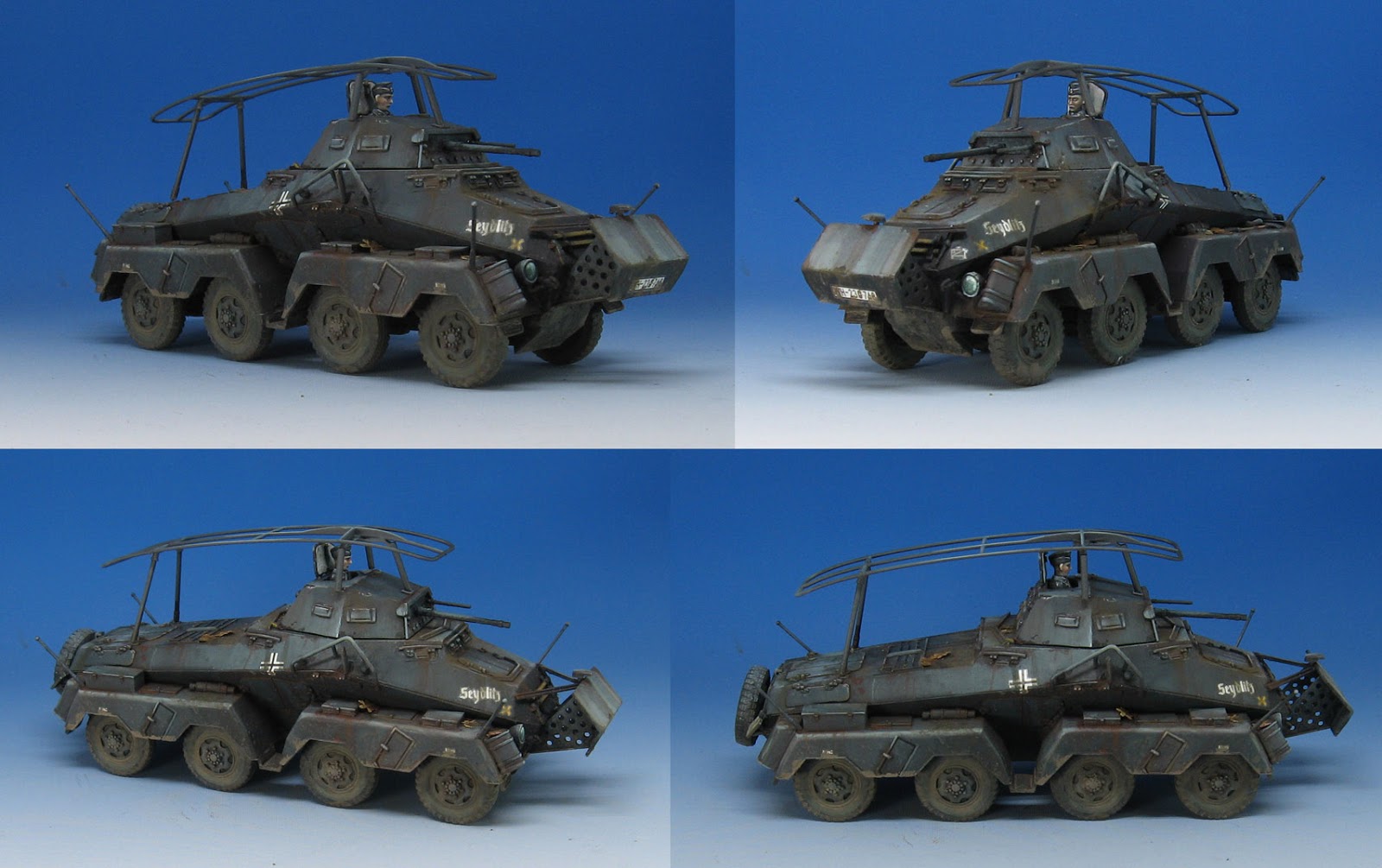 Posted by wappellious at 1:25 PM 6 comments: