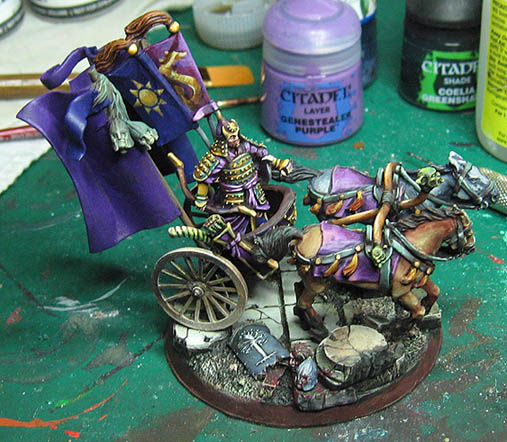 The King of Khand, thank you very much...

I had hoped to have him finished by today, but 5am came along much faster than anticipated!

At least he looks a lot more royal, and he no longer has tin foil banners. 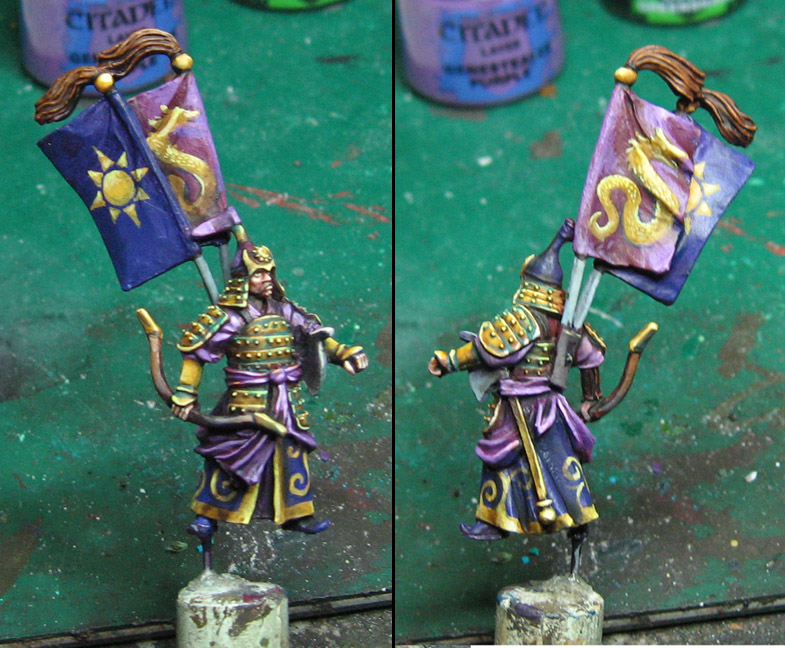 It was nice to see him on the chariot for the first time, and to have a few of the initial designs painted on the banners.  The larger banners on the chariot will have designs similar to these. 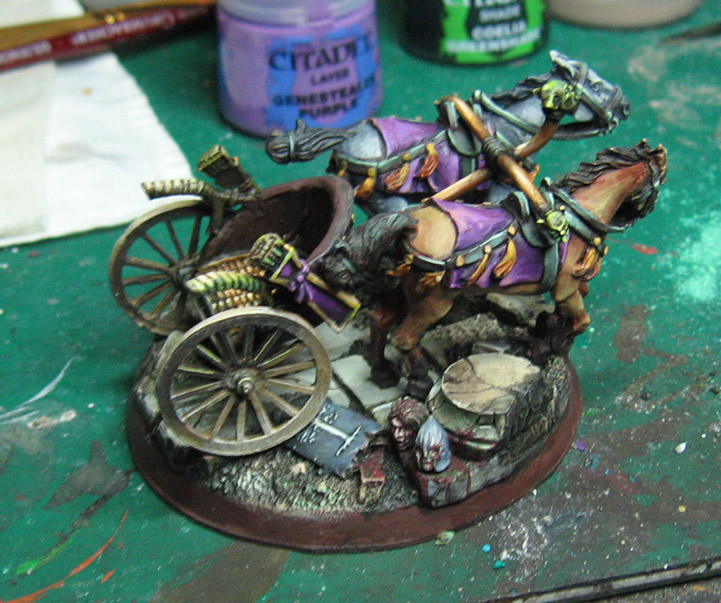 The base is from DragonForge Designs, with a few Gondor severed heads added.  So far, The King has run down Gandalf, Legolas, Faramir (3 times)  and even Aragorn! 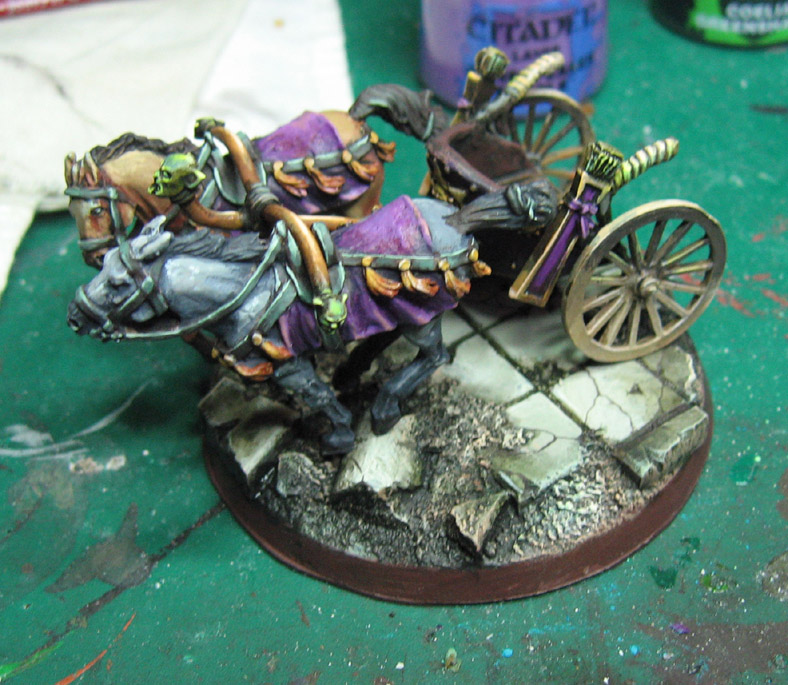 I still have at least 25% more work to do on the horses and chariot.  Then I can add the foliage. 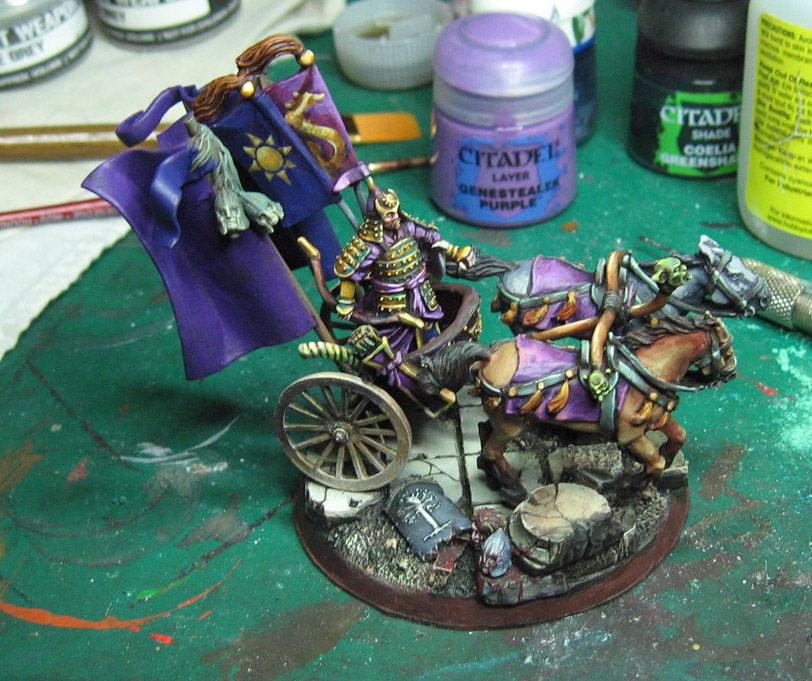 I was really happy to see the extra banners flowing from the chariot.  I had to bend them back a bit more than when I first had them arranged, but that actually makes it look like it is goin' fasta!!

I have been jotting down notes for the fluff of the army.  My working title is "The Sun and the Serpent", and is told from the perspective of the King.  It offers his observations (and reservations) about the Easterlings, their relationship with Sauron, and the conflict with the elves (the Knights of the Blood Rose) 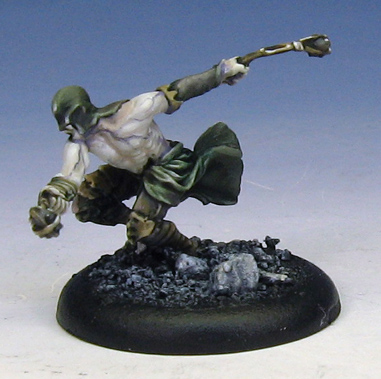 Today we have some more Skarrd figures from Dark Age Games.  This is the Cult of Metamorphasis.  These are called Bolas. 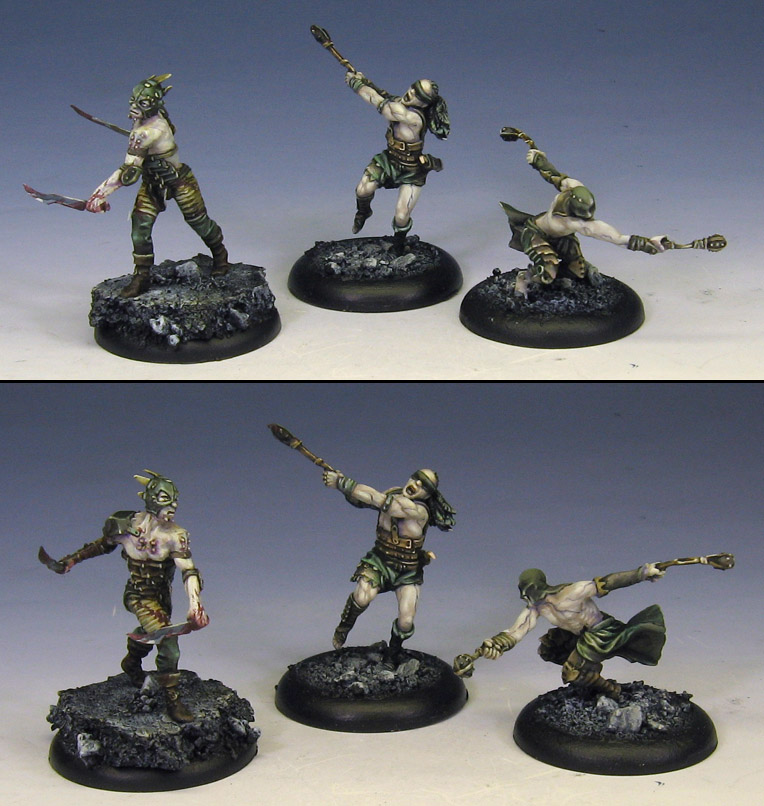 Posted by wappellious at 3:55 AM 2 comments: