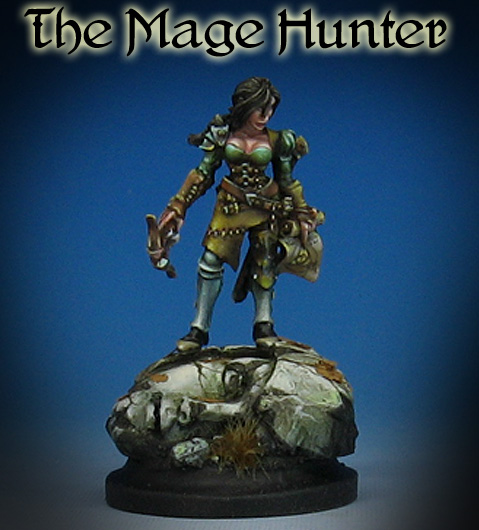 This is another old favorite of mine.  I don't recall what the exact name is of this Reaper Character, but I named her the Mage Hunter.

I had thought about using one of the new mulch bases, but I could not resist standing her up on top of this broken statue!

I also tried a new product, which is from MIG.  It's dried fall oak leaves, and I got them from Kings Hobbies and Games.  There are a ton of different varieties.  I glued these on with super glue.  In the future, I will see how these accept paint.

Over time, I will try out more of those dried foliage, and let you know how they work!

I am glad to see that in terms of size/scale, they match up well with the Hangar 18 foliage that I already have! 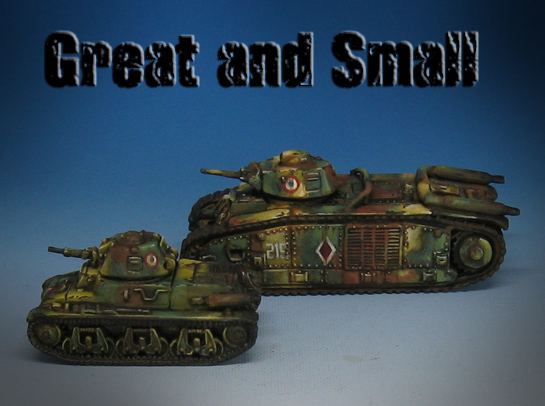 As the second Hotchkiss is complete, I continue to be intrigued by these early war tank designs, and how tiny they are!

I have to remind myself that these were never expected to take out enemy tanks at 2000 yards.  The mindset really was on infantry support.

I have some even smaller tanks under way that were used more as supply transports than as something that would be employed in combat.

The two Hotchkiss side by side, with a third on the way.

And a comparison to the 'massive' Char B1 Bis, which also seems quite small even compared to mid-war tanks.  It's been quite the education. 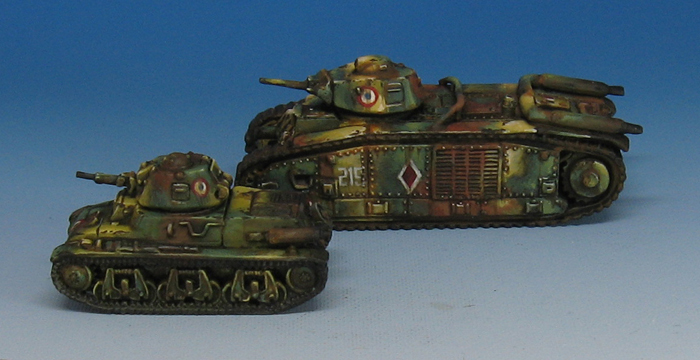