Spending time in the Big House 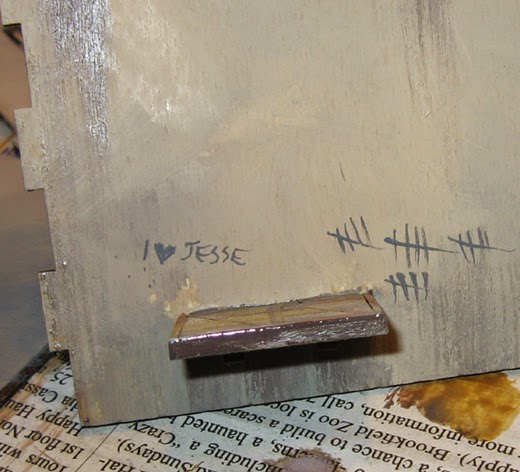 We return to the Alcatraz of Wappelville.

To get a little more texture on the adobe walls of the jailhouse (and hide the joint with the door/plug), we need to add some type of gesso or other material.  There are a number of these products available. 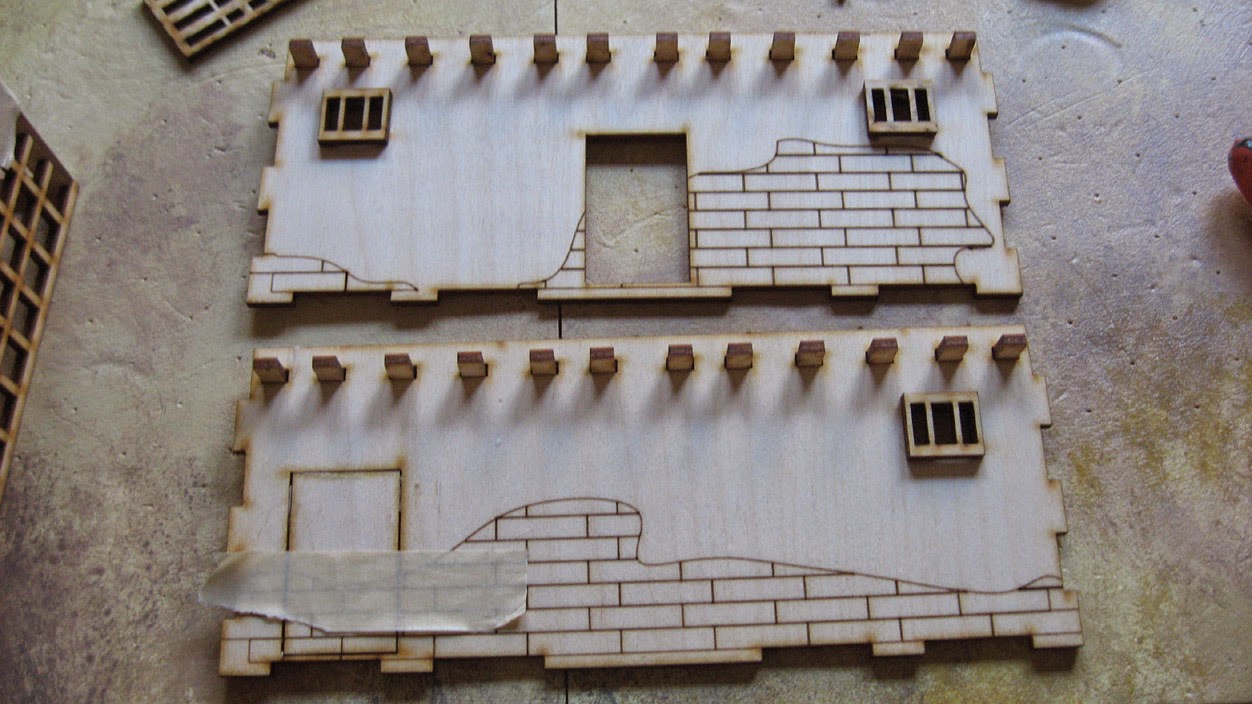 I chose to use some flex paste to do this. 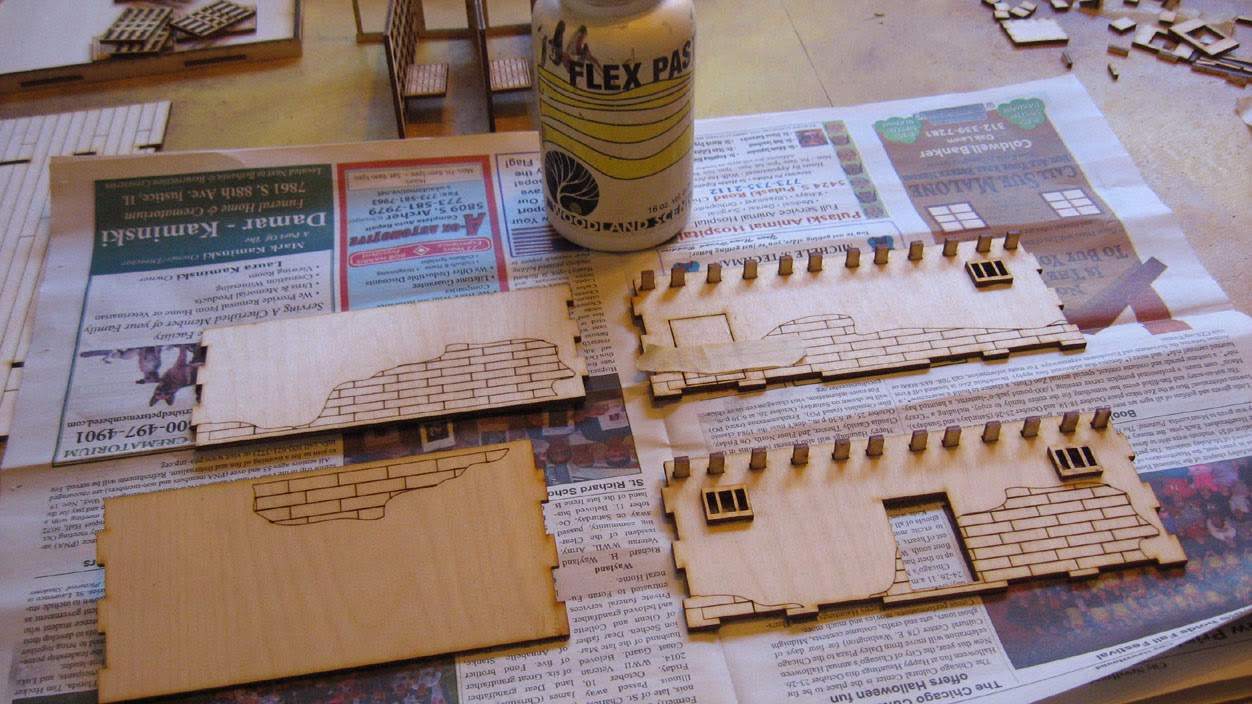 You can see that it is applied unevenly to build up more texture in some places... especially near the exposed brick!  Scumble the brush along the surface. 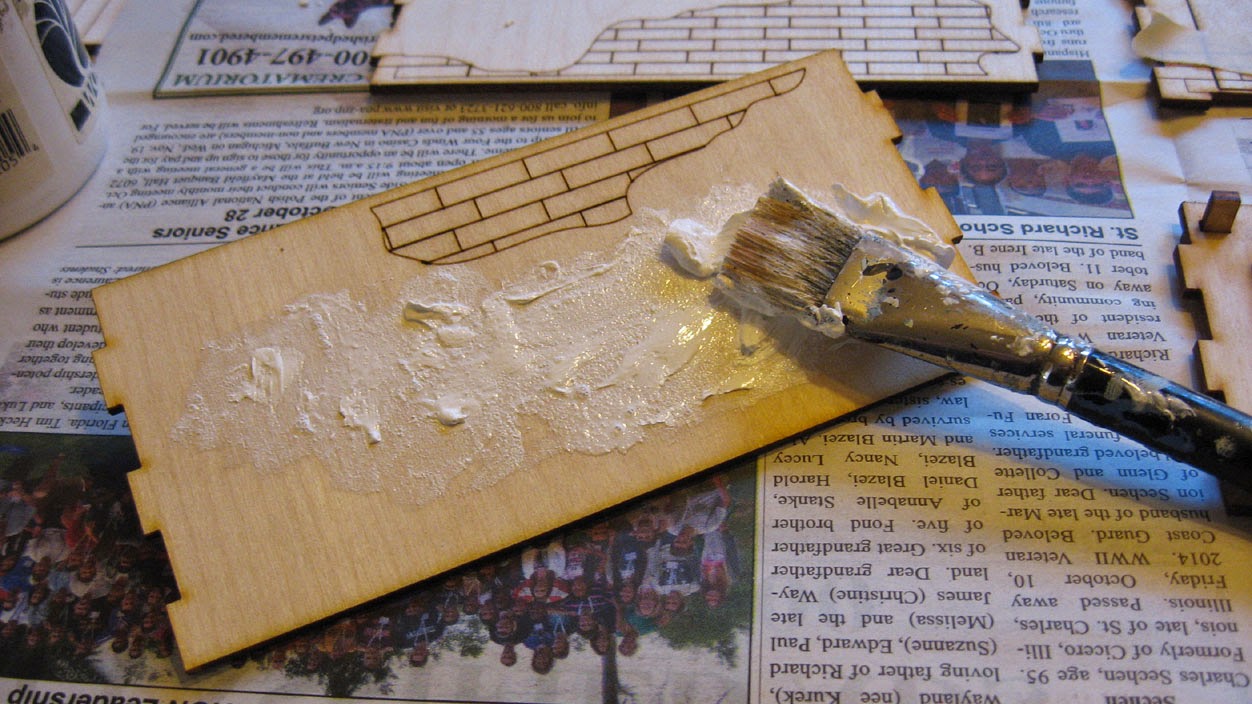 This is the result we are looking for. 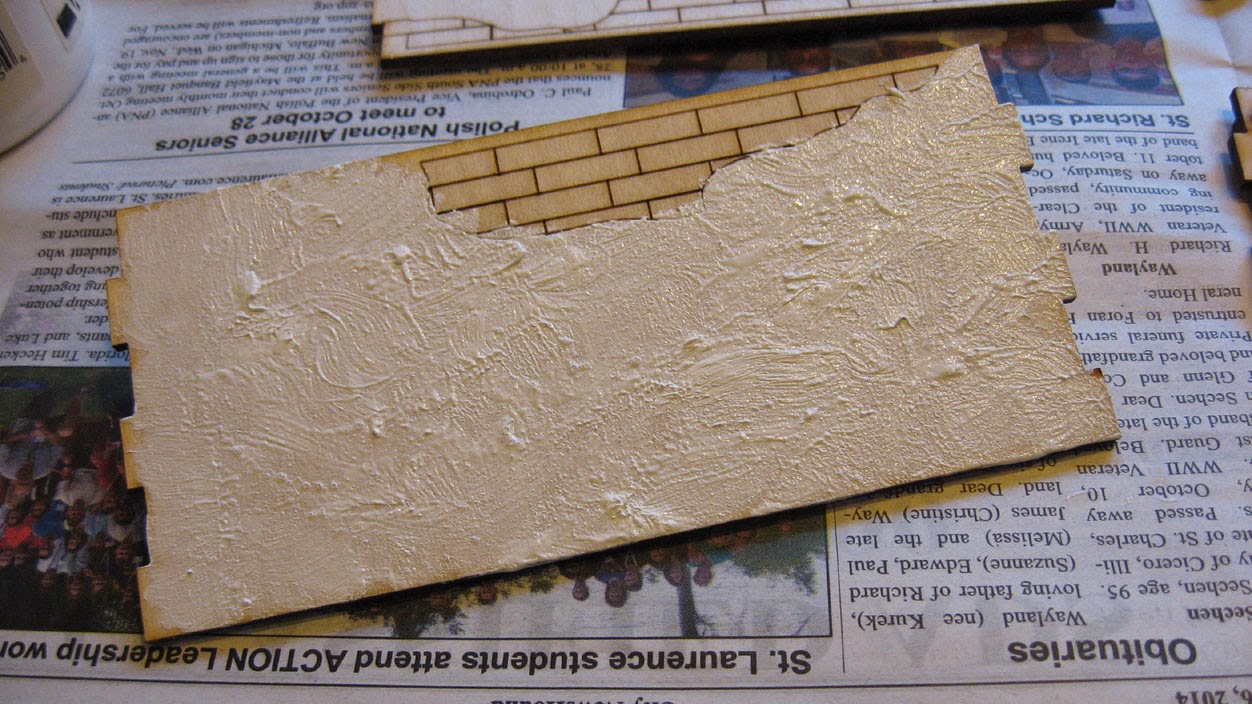 All four sections with their adobe texture!! 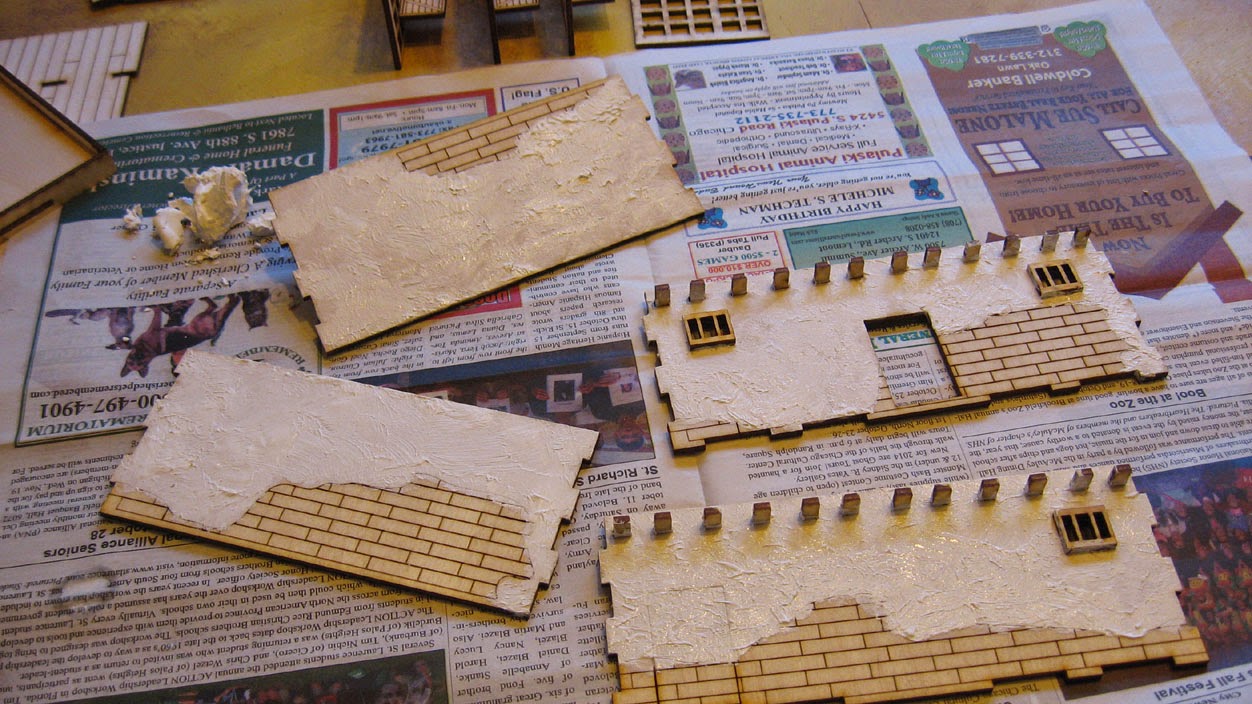 I thought the roof could use some texture as well, so I brought out the black lava. 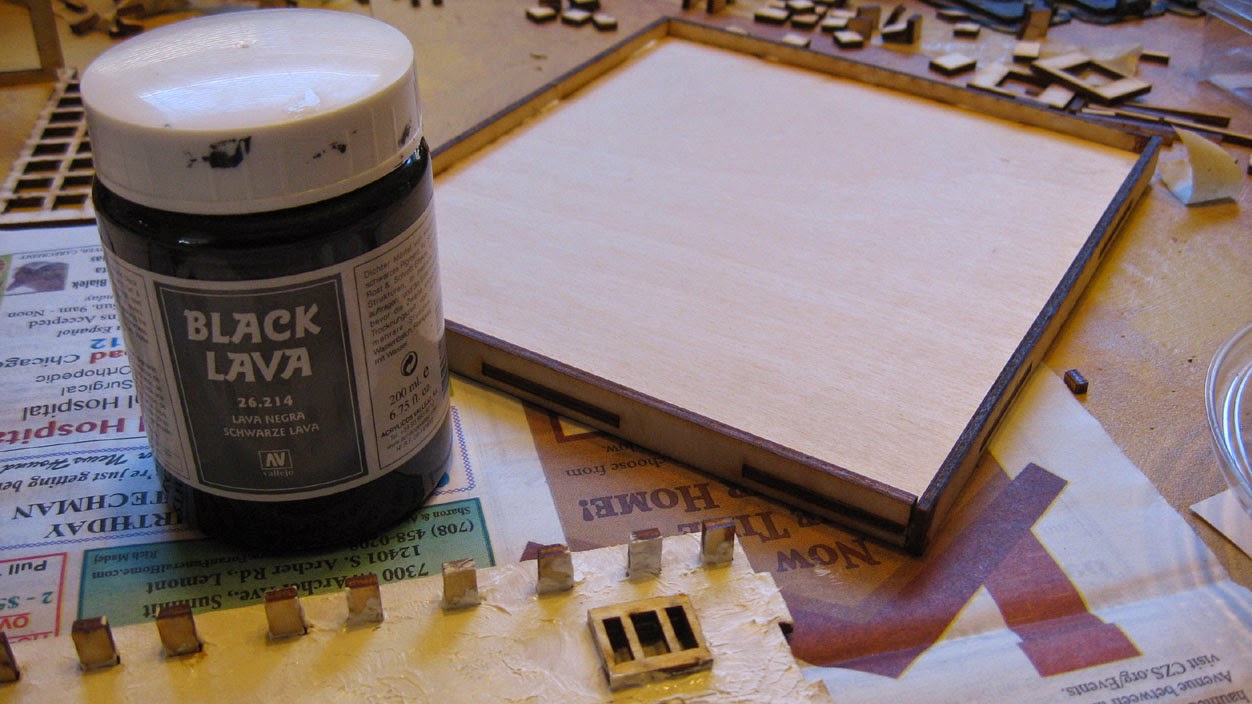 In no time at all, instant texture, and the surface is still flat enough for minis to stand on with no problem. 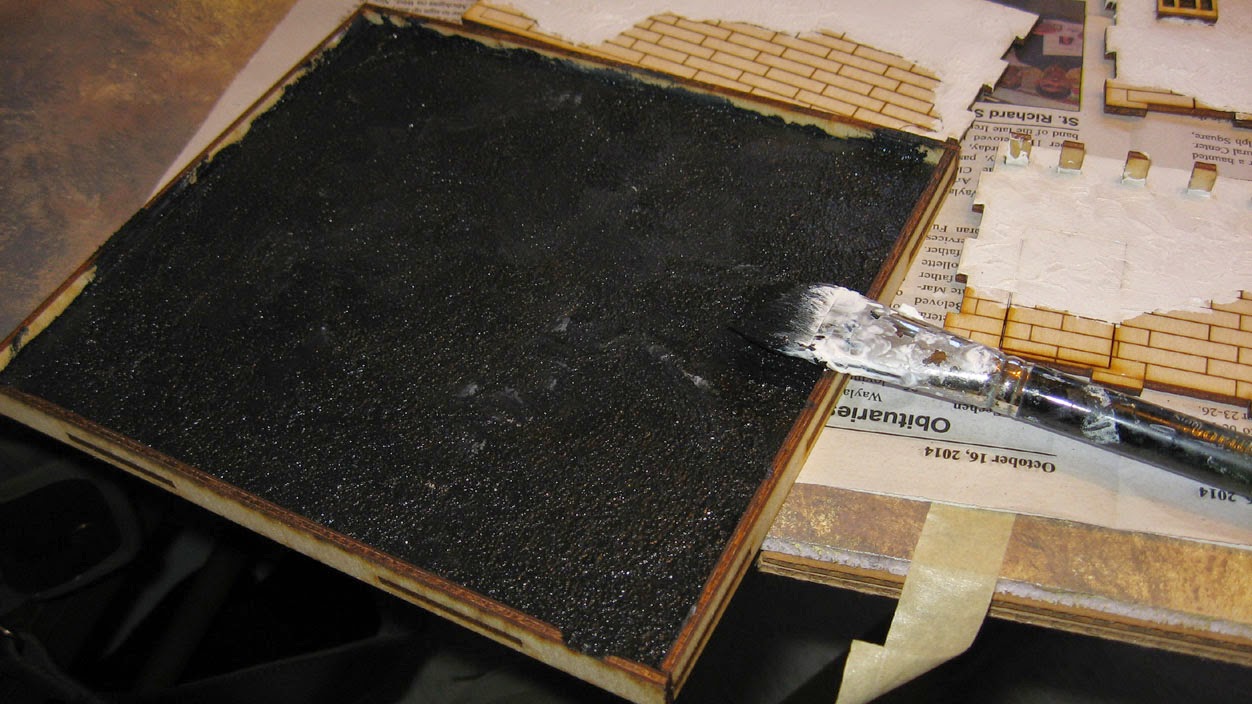 A cocktail of metallic paints was mixed to do the prison cells. 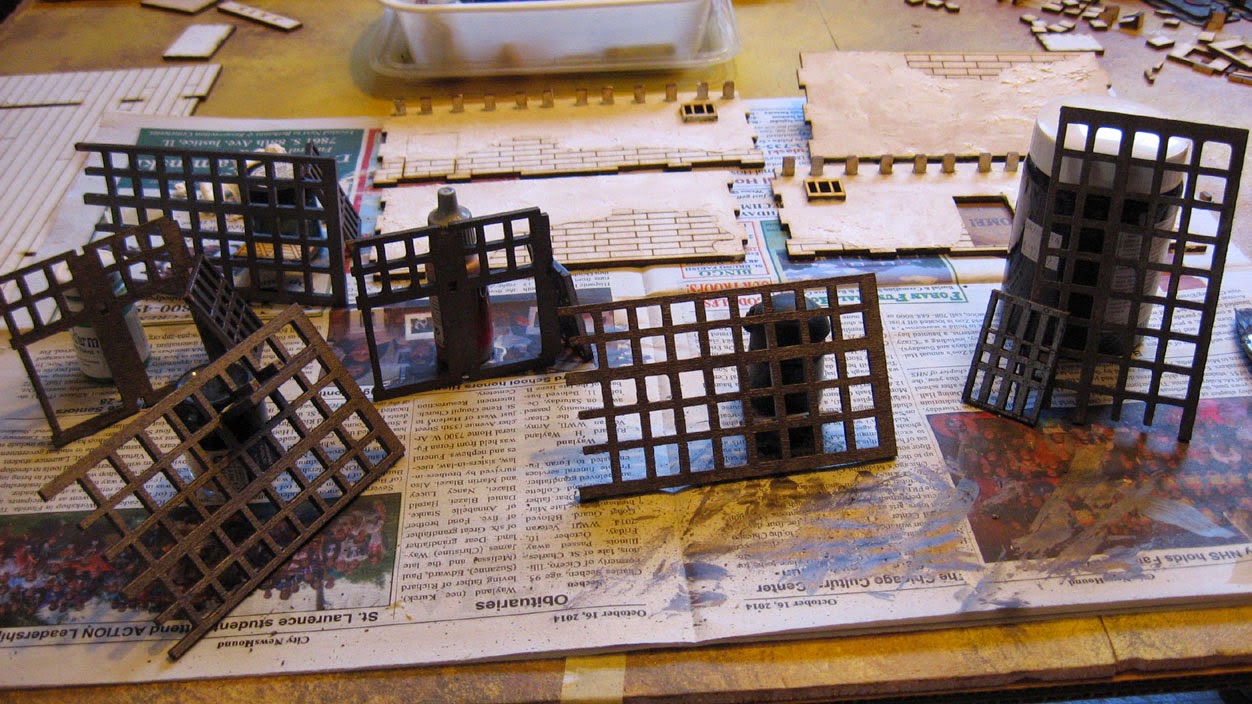 I typically use craft paints such as these, since they are more liquid, and flow over absorbent surfaces such as wood far more easily!  I also learned that air brush paints (like Badger) also work very well. 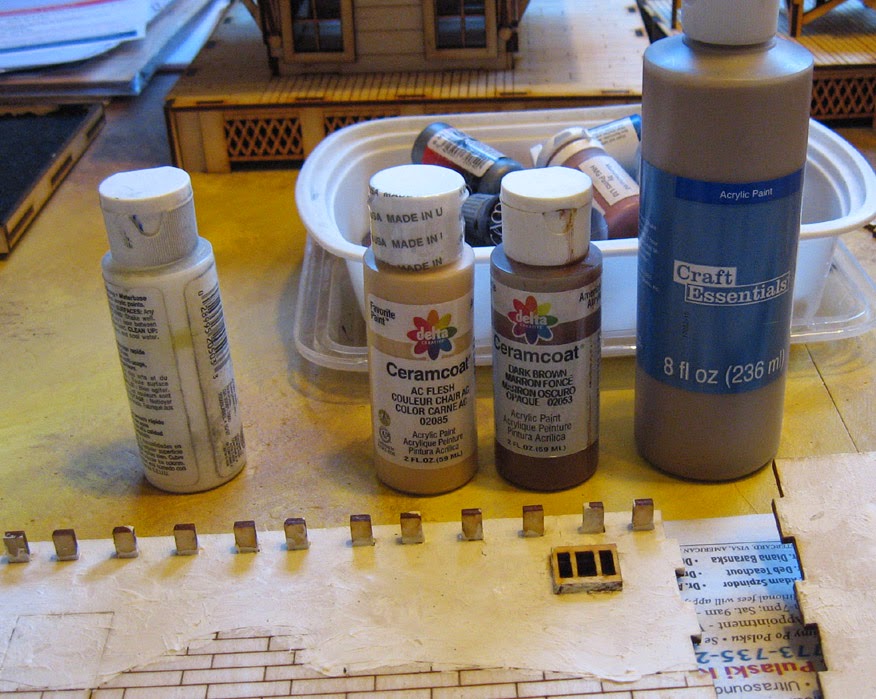 This is another reason to paint prior to assembly.  Since I could drag the brush from one end of the piece to another, the wood grain was a snap! As you can see, I varied the colors as much as possible. 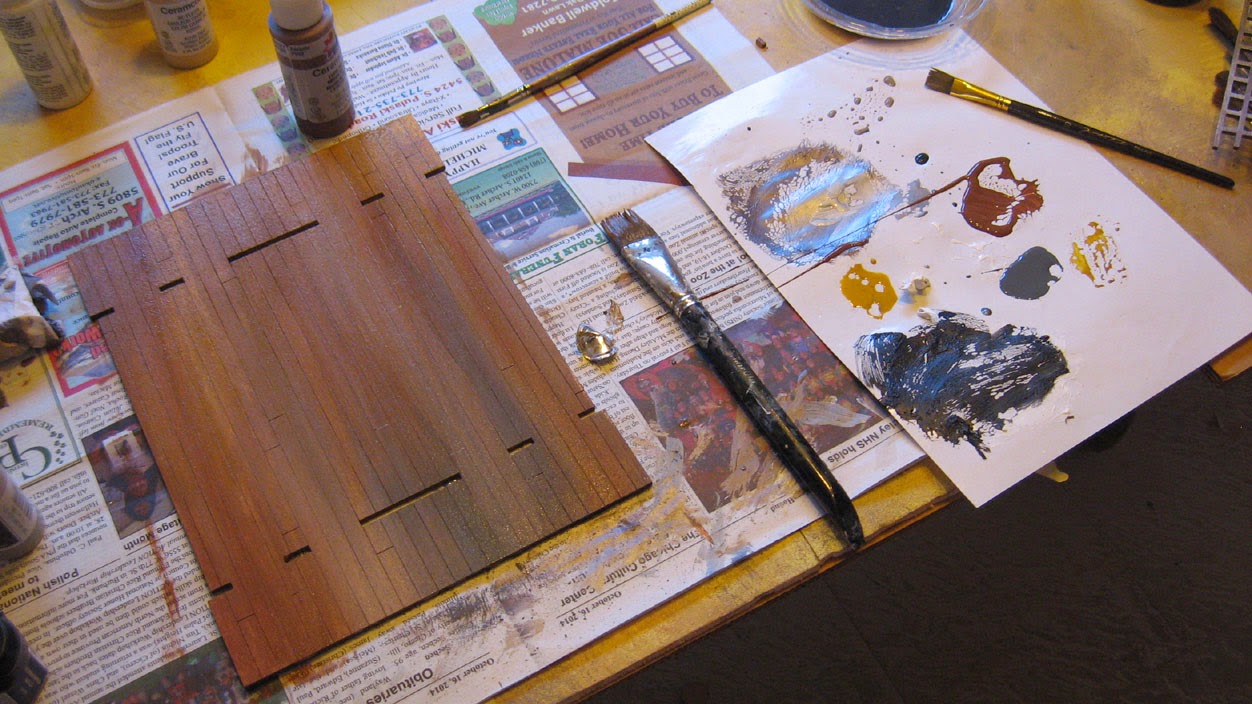 Using the big brush and those free flowing paints, I was able to get all the colors to wet blend with each other, making life a lot easier. 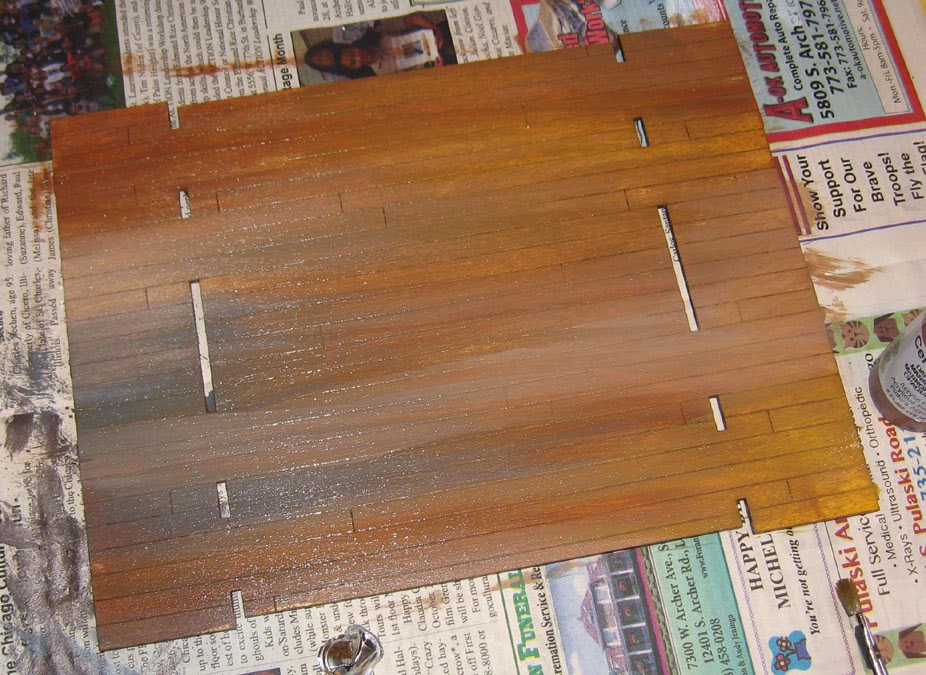 I used some of those same colors to paint the roof... 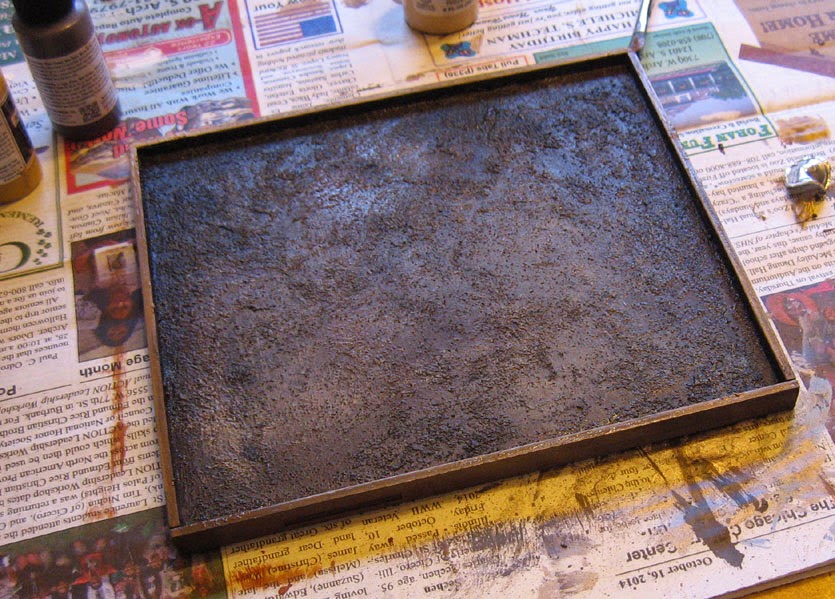 For the inside surfaces of the walls, I took that series of colors and mixed more of the off white with it.  Once again, I was scumbling the brush, which not only mixed the paint on the surface, but gave me some subtle differences in the wall colors. 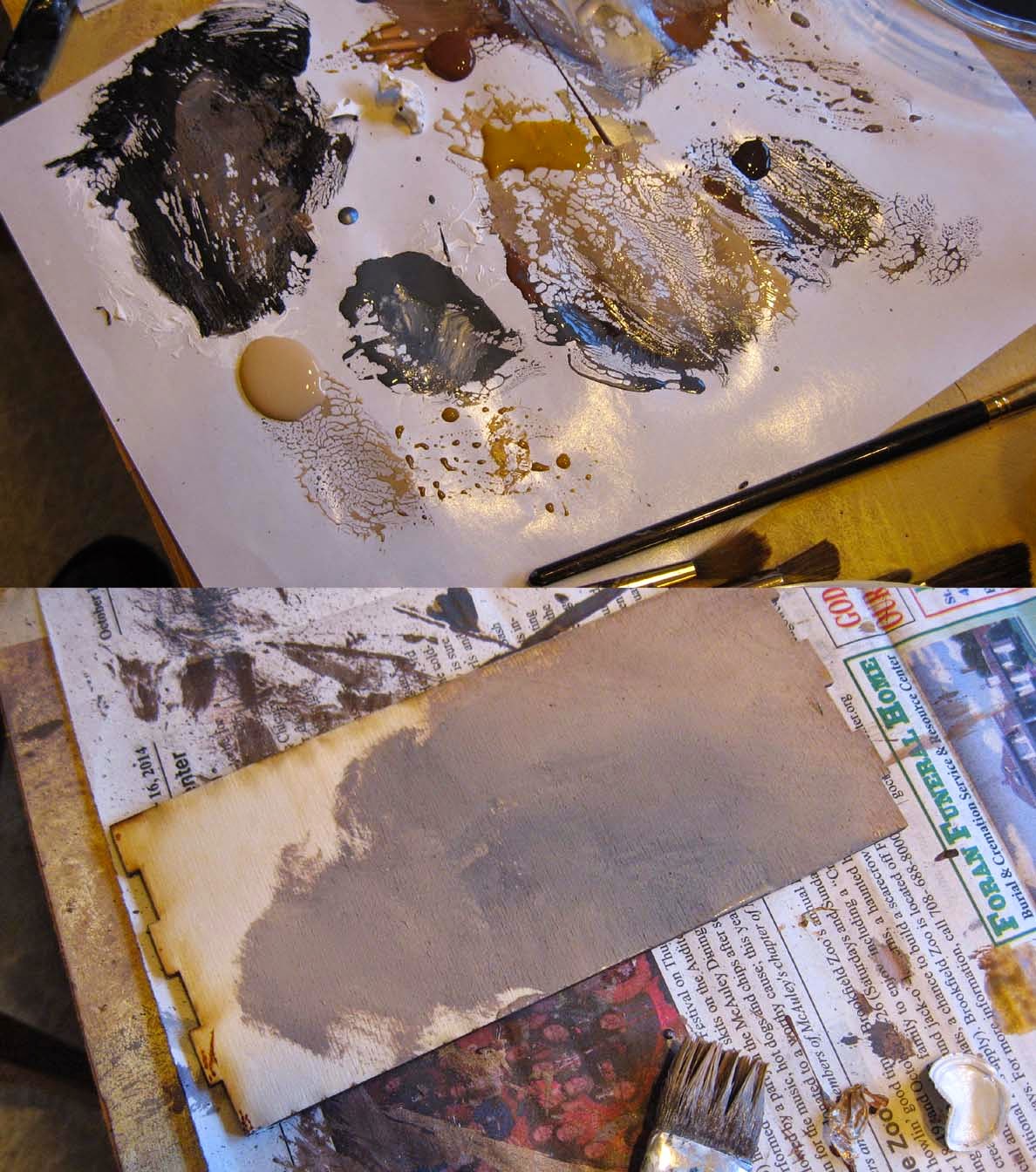 I wanted the interior walls to have a dirtier, aged appearance. 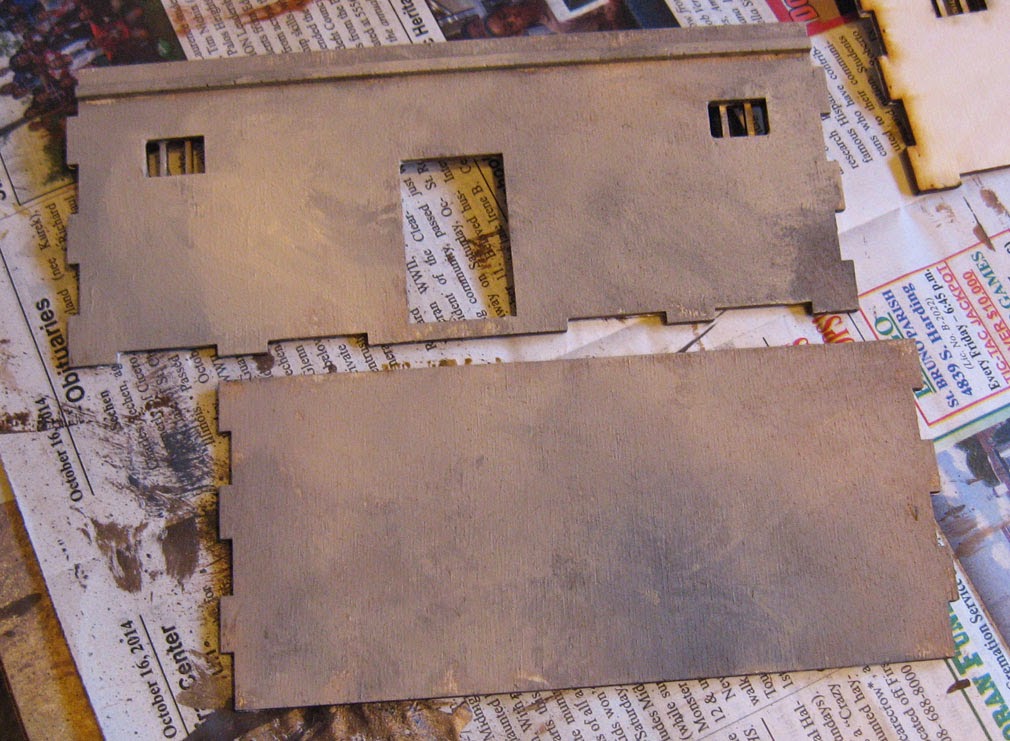 And a little graffiti! 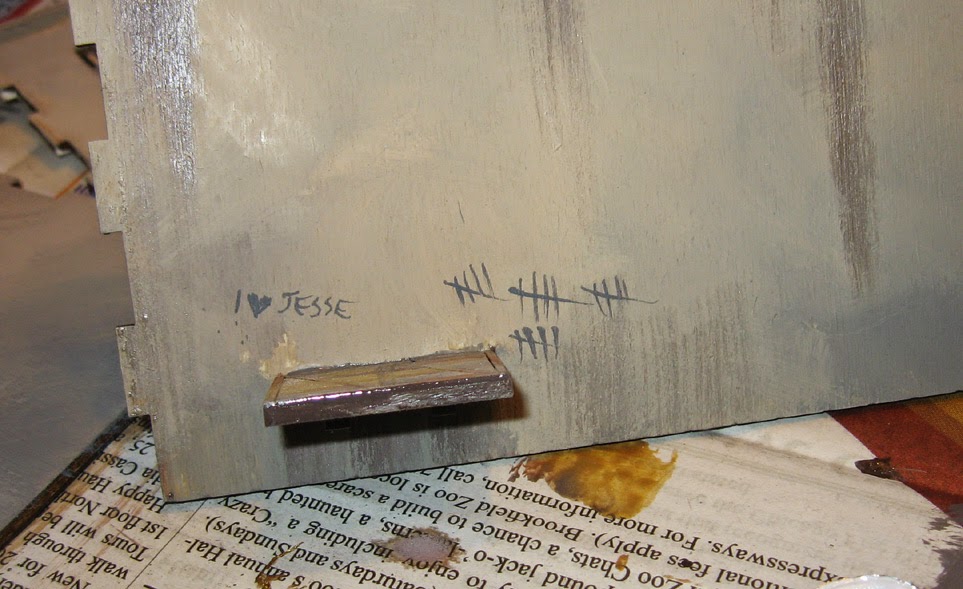 I will do a little of that in all four cells, and add a few more finishing details to the interior!  Stay tuned. 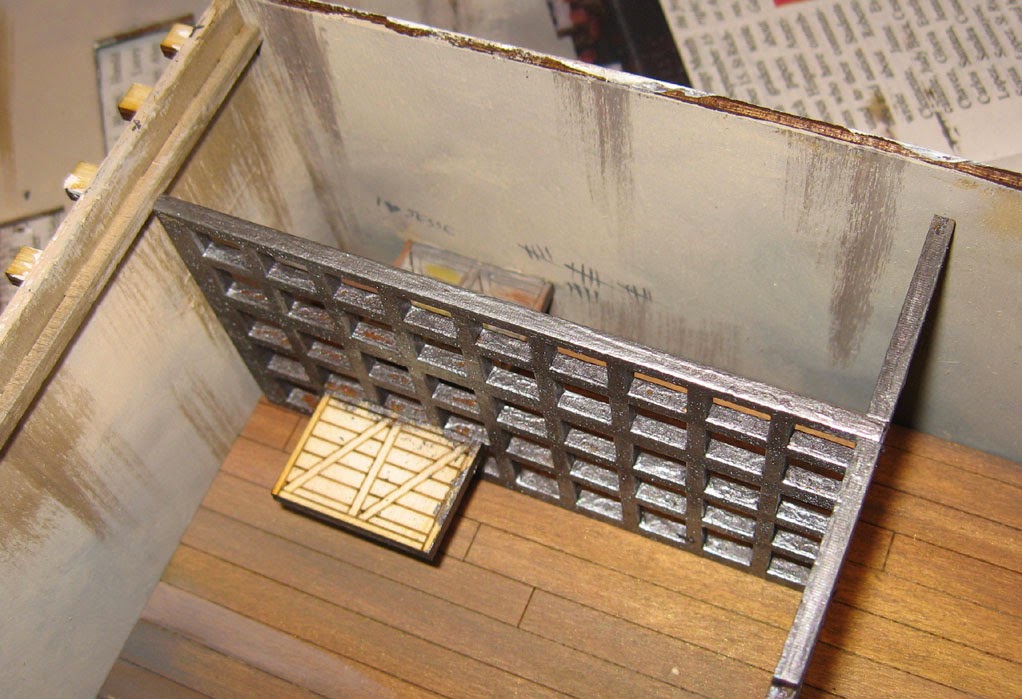 A much smaller beast... 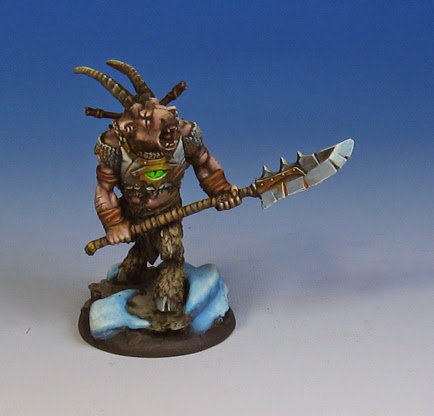 Well, this beast is a bit smaller than the Mechanicum beasts!  Barely the size of one of the feet, or the huge gun :-)

This is from Mierce Miniatures... one of many critters on the way!

I have some group shots with the Minotaurs coming up too!

Posted by wappellious at 1:15 AM 2 comments: