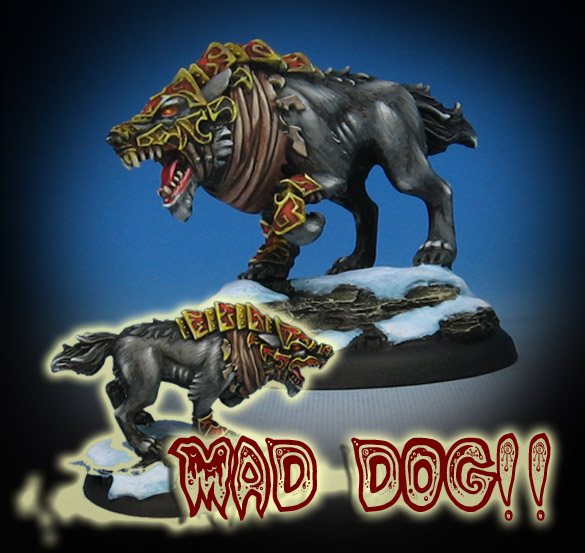 More doggies!  I am really digging the black fur with the armor tones!

While I enjoyed painting the red ones, this has been a nice break from that.

The wolves you are seeing here are all metal, and the details have been nice and solid.

Posted by wappellious at 11:04 PM No comments: 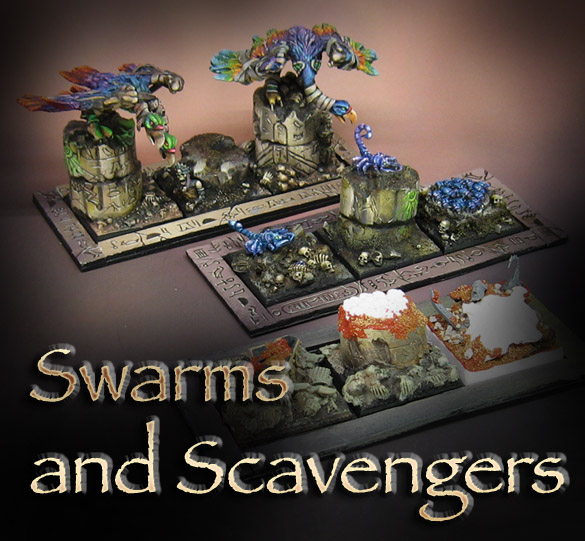 With the first tournament just a few hours away for the reborn Empire of Dust, we see some last minute adjustments.  That is in the form of Swarms, which have an all important trait of Vanguard. 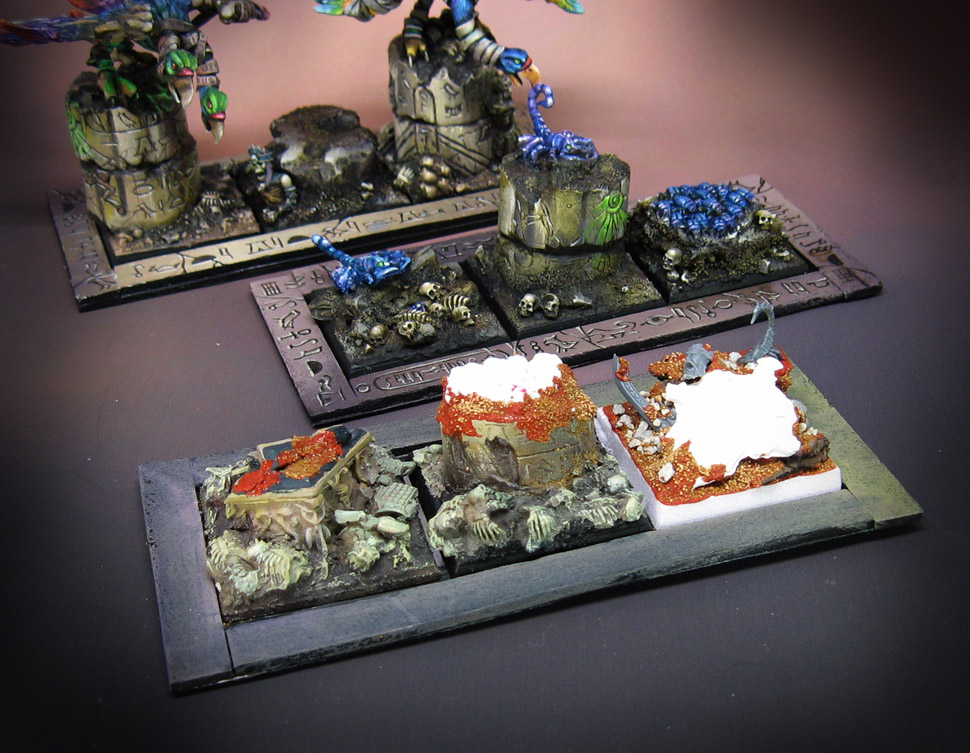 Not only have I witnessed the importance of such a trait in a number of battle reports, but I have felt the sting of massed amounts of vanguard units standing on the center line of the table before I have even had a turn!

I had already added two such units... a Scorpion husk and a Swarm regiment.  Some carrion bases were left over from a bygone age, so they were repurposed with some Reaper BONES figures. 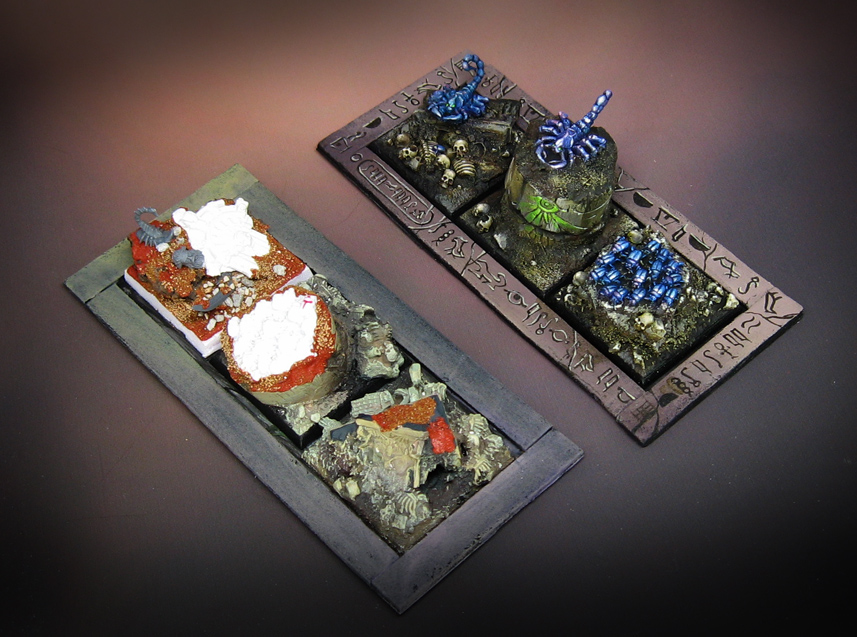 This one is mostly painted.  I think it had been 2-3 years since I had last painted these kinds of bases for the original army. 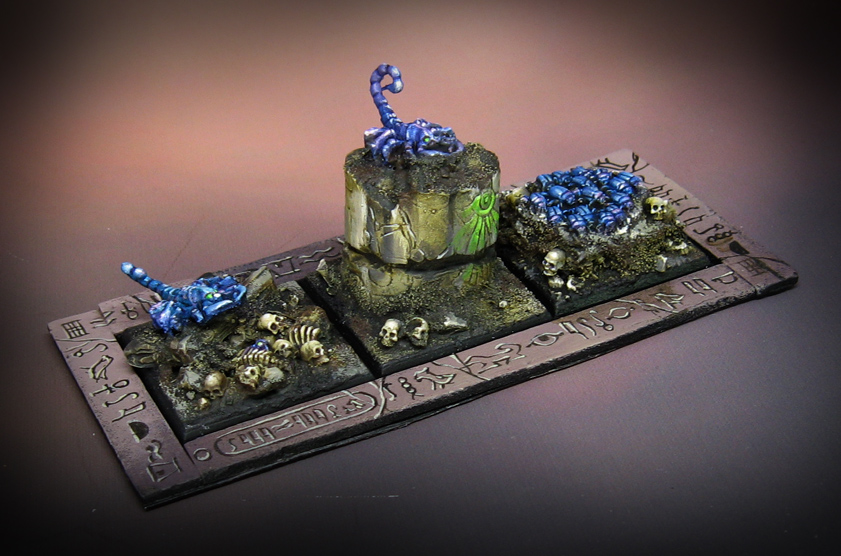 The Eye of the Chaos God still watches over the lands of the Ahmuntites.  Just as with all the other movement trays, the glyphs warn that "All those who enter the Tomb Cities of Pseusennes shall suffer a fate worse than death". 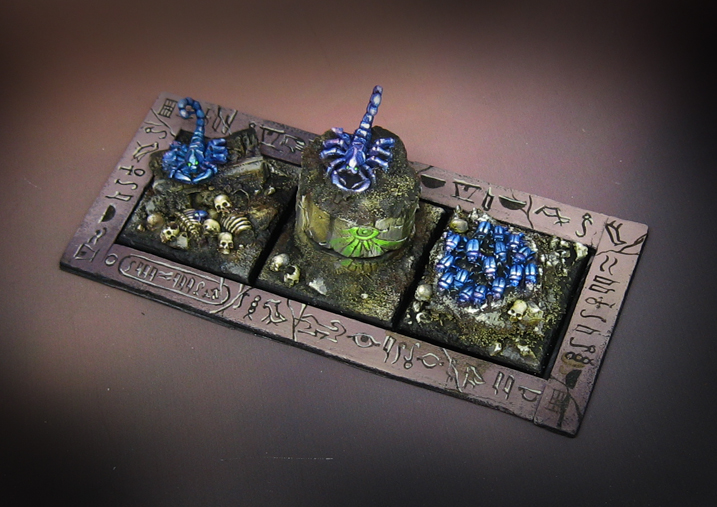 The original broken columns were carved from baked sculpey, and then cast so that I would not have to spend many more hours doing the same thing over and over! 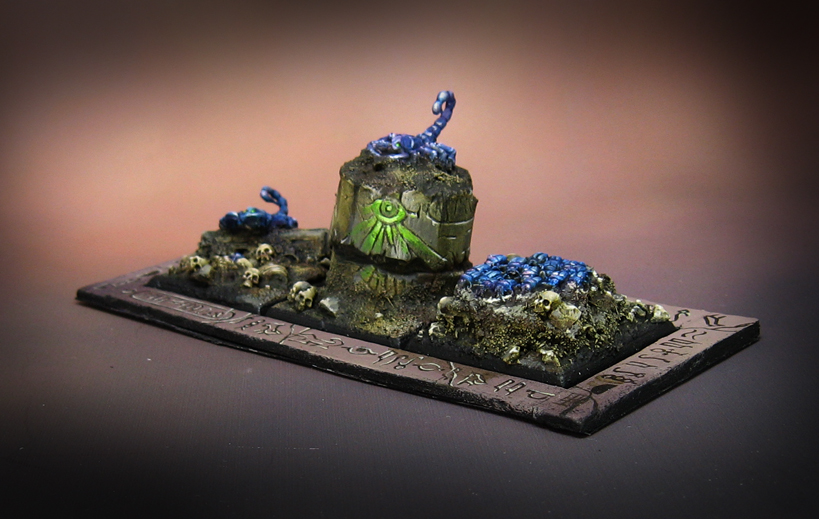 These swarms will take the place of the Screaming Skull catapult on the old army board, which will finally be used again!!  Very excited about that. 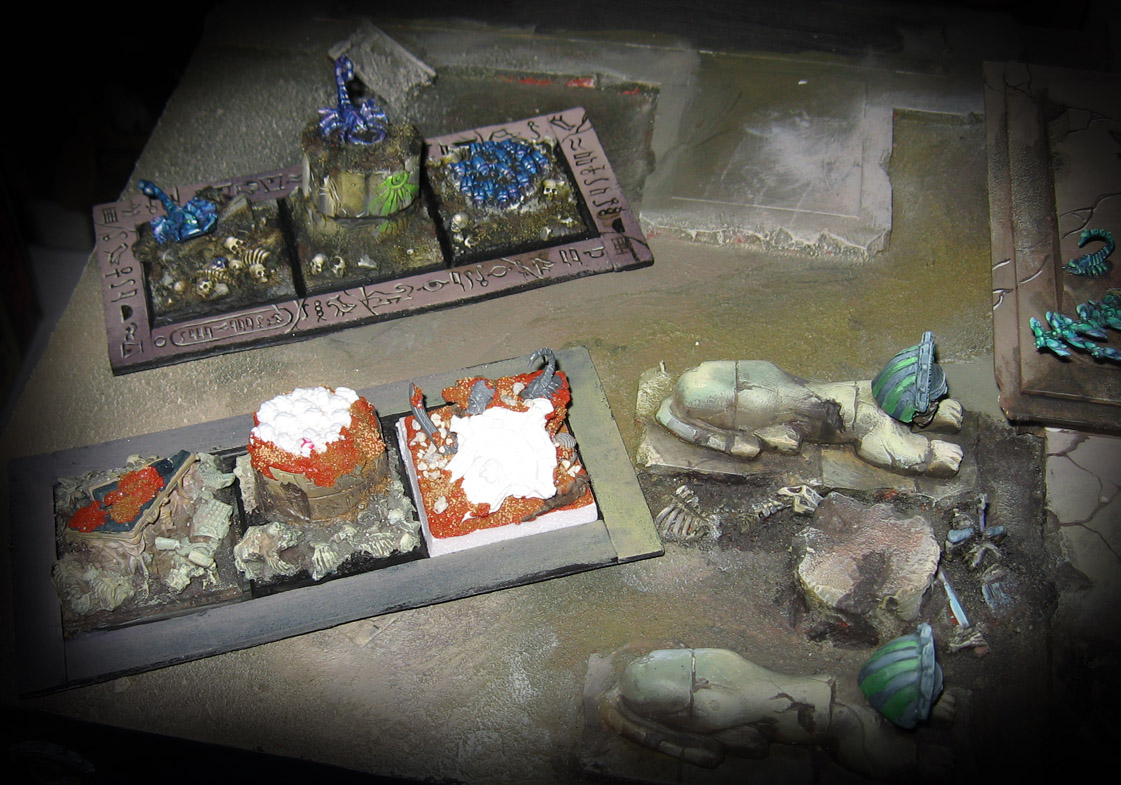 The old Carrion Birds didn't sit on a tray in the original configuration, but I will leave them that way now.

This is one of my favorite scenes on the army board.  I will take some new images later in the week and fashion a new post for you. 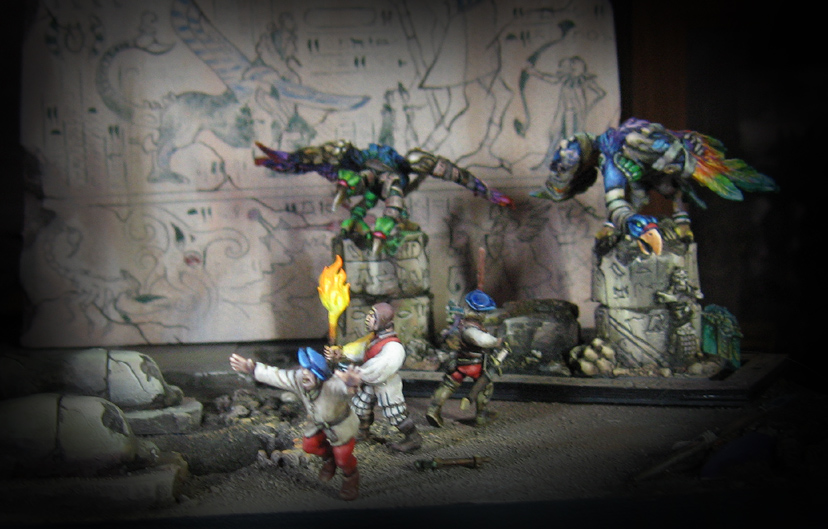 We shall see if this third vanguard unit offers any help.  It was exchanged (and a Bone Giant as well) for a pricey Guardian warrior unit which did nothing but get in the way until it died.  This will give me one additional drop, and a monster that can actually charge into the terrain and do some damage.

The nerve value and defense are higher, so I am also hoping the combination of these two new units makes it possible for me to stay in the same area code as the nastier tourney armies that will be at Draxtar this Sunday for the Adepticon Primer.

Wish me luck!  Gonna need it. 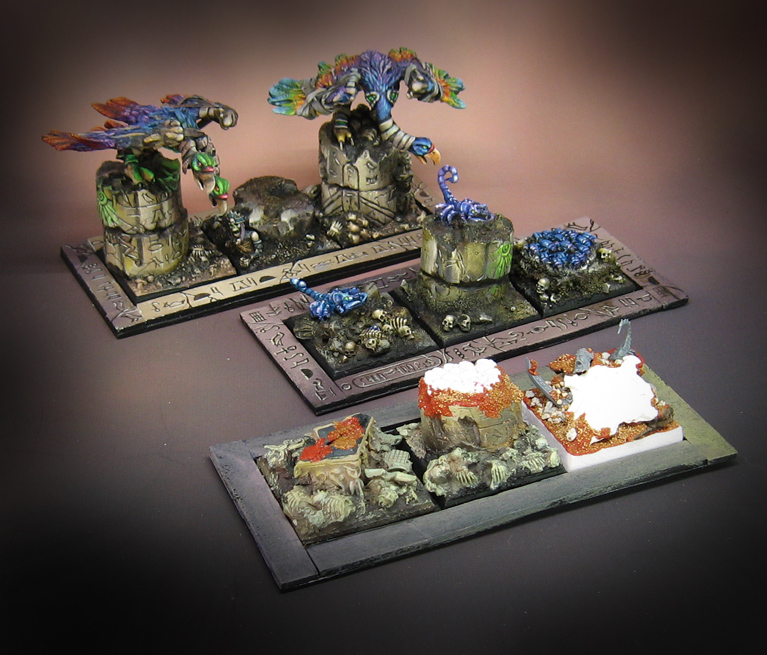 Posted by wappellious at 2:21 AM No comments: