The March of the Lorraines 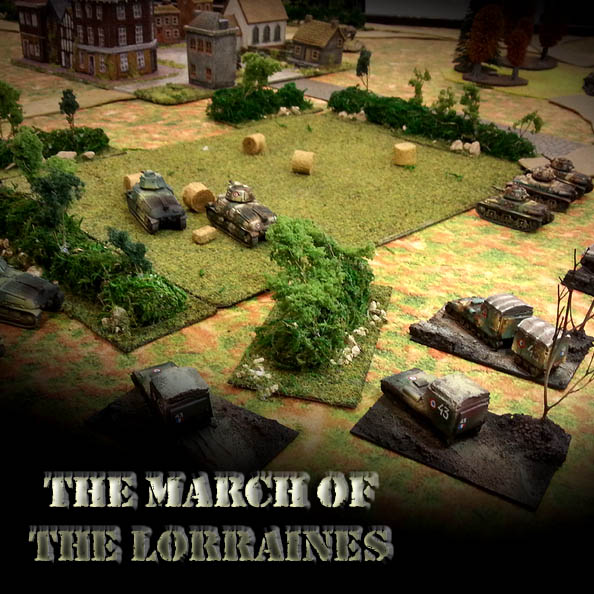 After the first game of Flames of War, I determined that mobility would be very crucial for any future battles.  Over and over, foot slogging units would arrive late and far out of place.  Also, air power was proving to be absolutely devastating.

That's what prompted me to scratch build those Lorraine Carriers.

They would now get ther first test on a wonderful table set up by Paul at Draxtar Games. 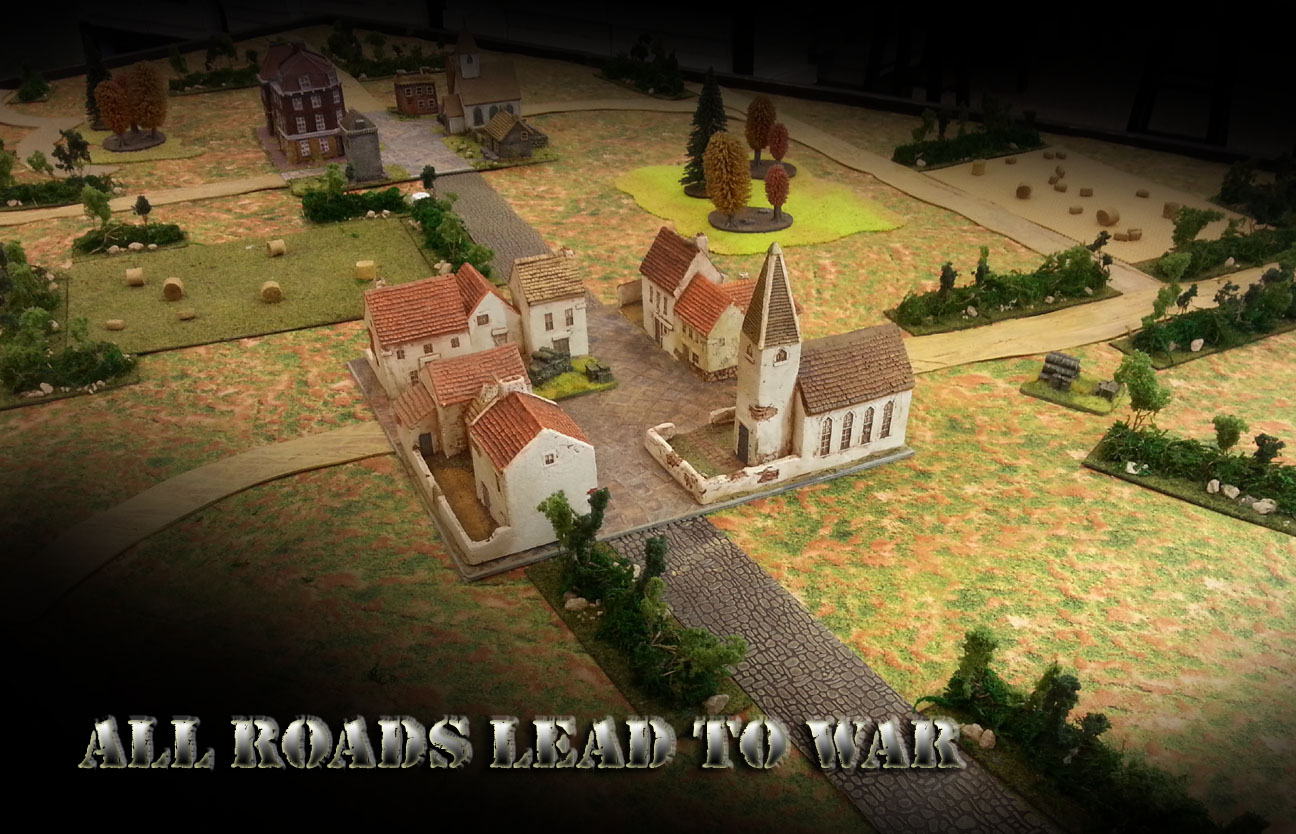 We did some reworking of typical scenario conditions this time around, since I was not able to build everything that would eventually be needed.  We even tossed in Charles Du Gaulle, just to see what kind of effects that might have on this type of setup. 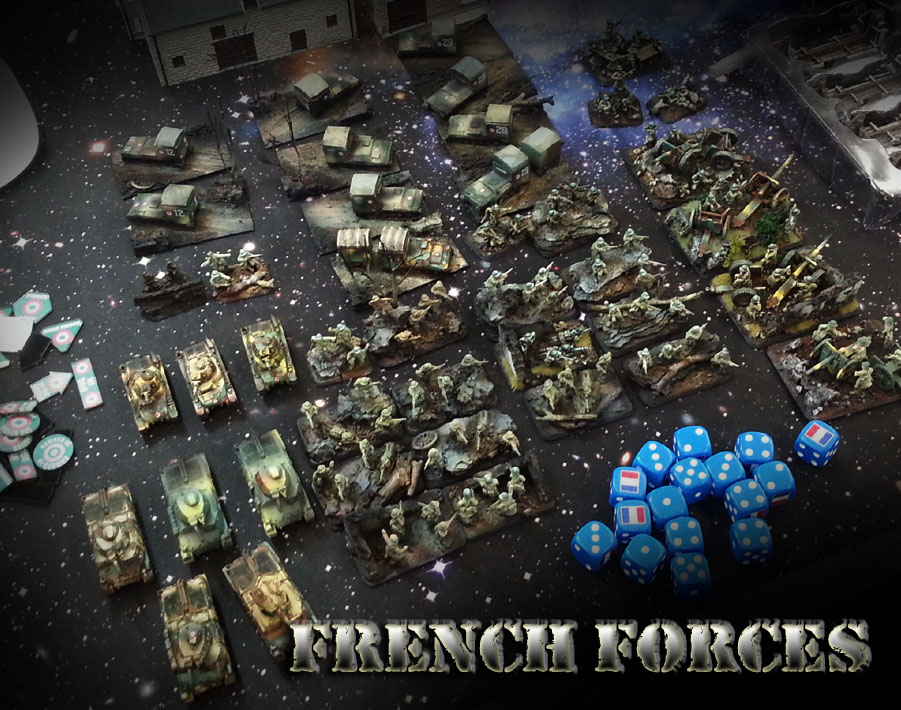 This does not show all of the German force, which was certainly a rapid strike force with lots of vehicles!  They were not incredibly powerful, being early war tanks, but very high numbers of fast moving threats. 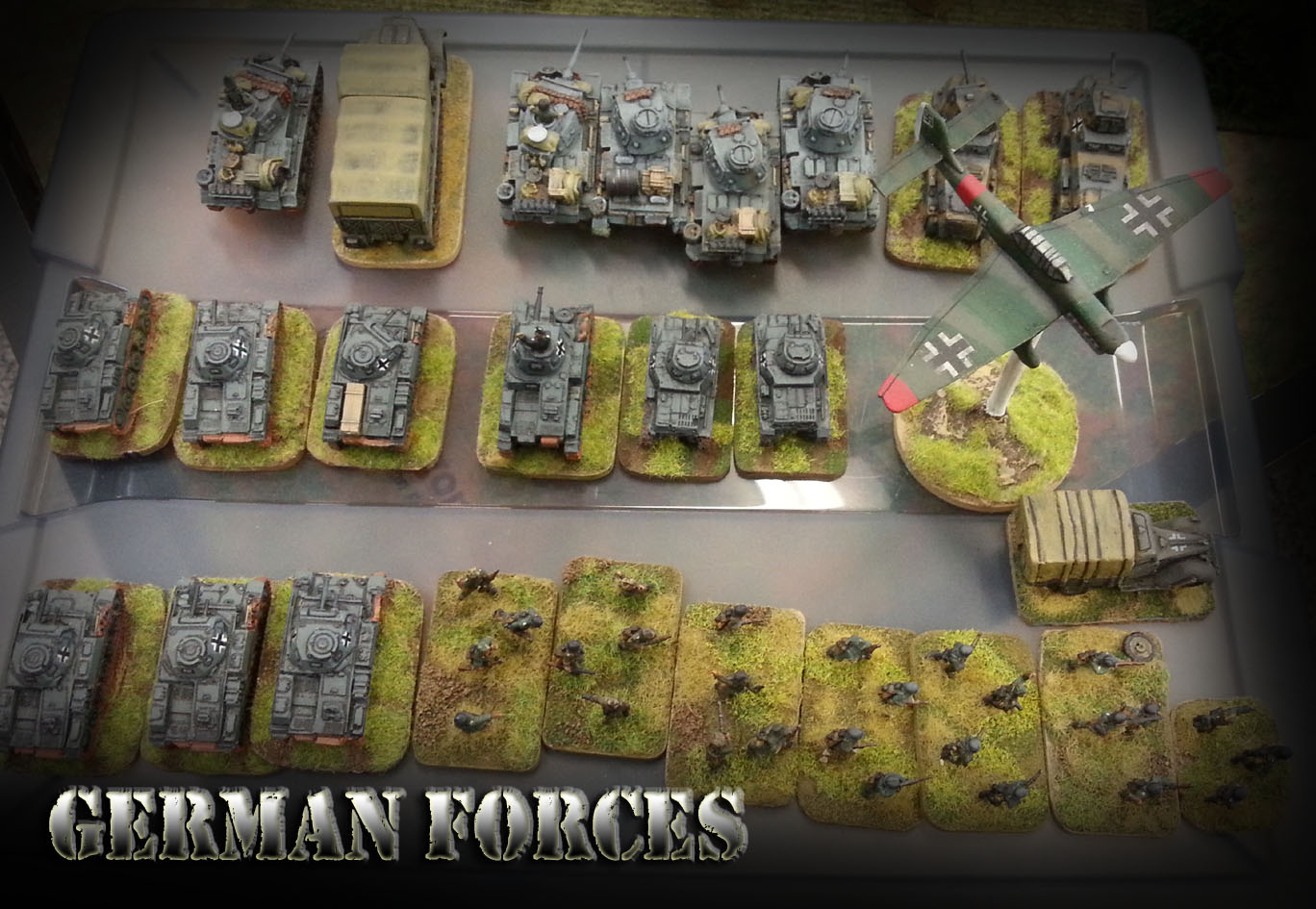 The "Charlie Effect", as I now call it, basically set up a nice little drag race off to the left side of my lines.  I had to advance far down the long edge of the table to claim one of the objectives.

Speed would be essential, as the German forces would be getting reinforcements soon enough! 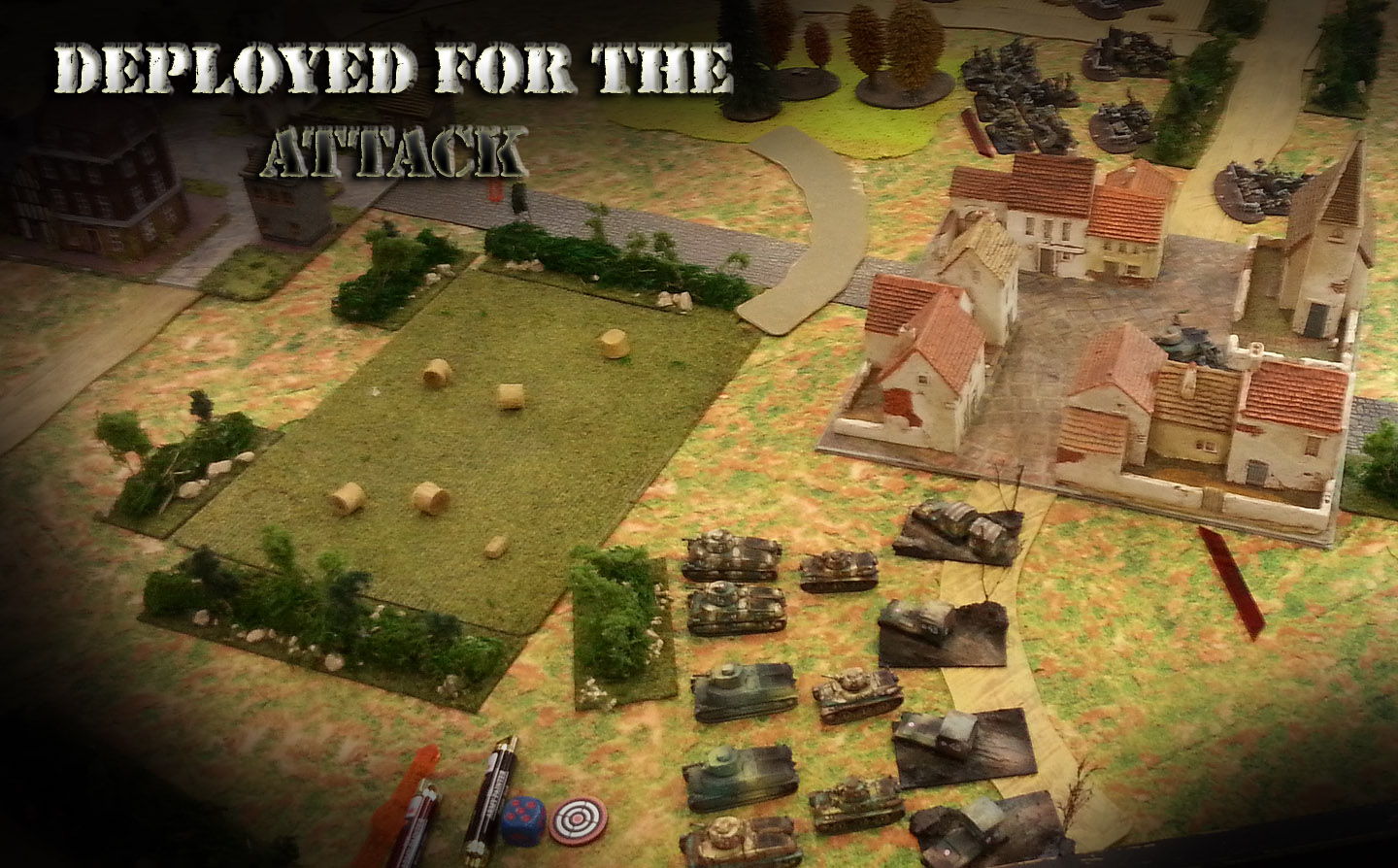 My Somuas and Lorraines got a nice head start with my hero's special ability.  As you can see, they offered each other mutual protection... the tanks protected the transports from other vehicles and infantry, while the Lorraines gave vital protection against attacking aircraft!! 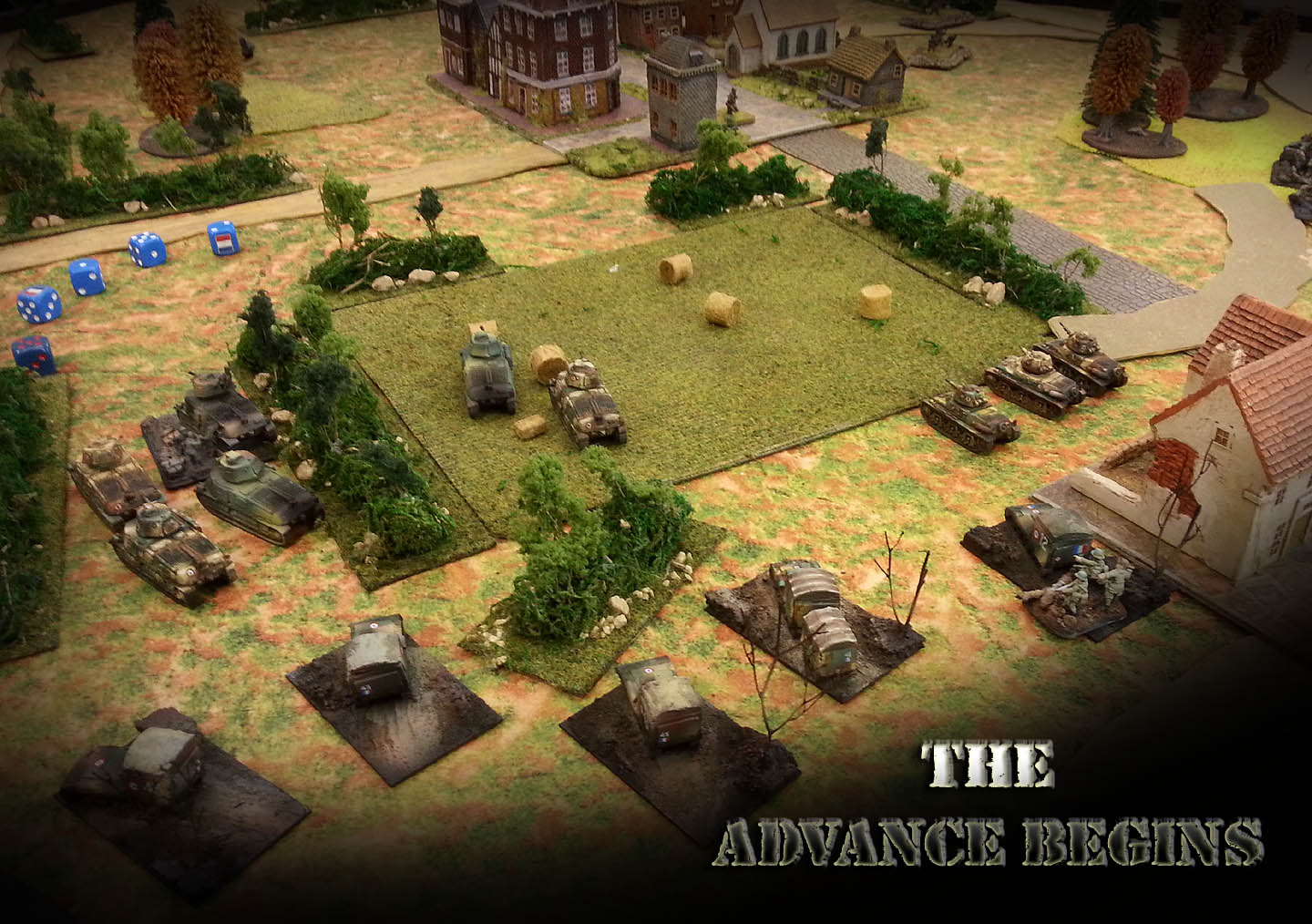 The far off objective marker meant that the Somua unit would have a long way to go deep in enemy territory... could they reach it before all the reinforcing German armor arrived?  I was hoping to at least be in position before their arrival... 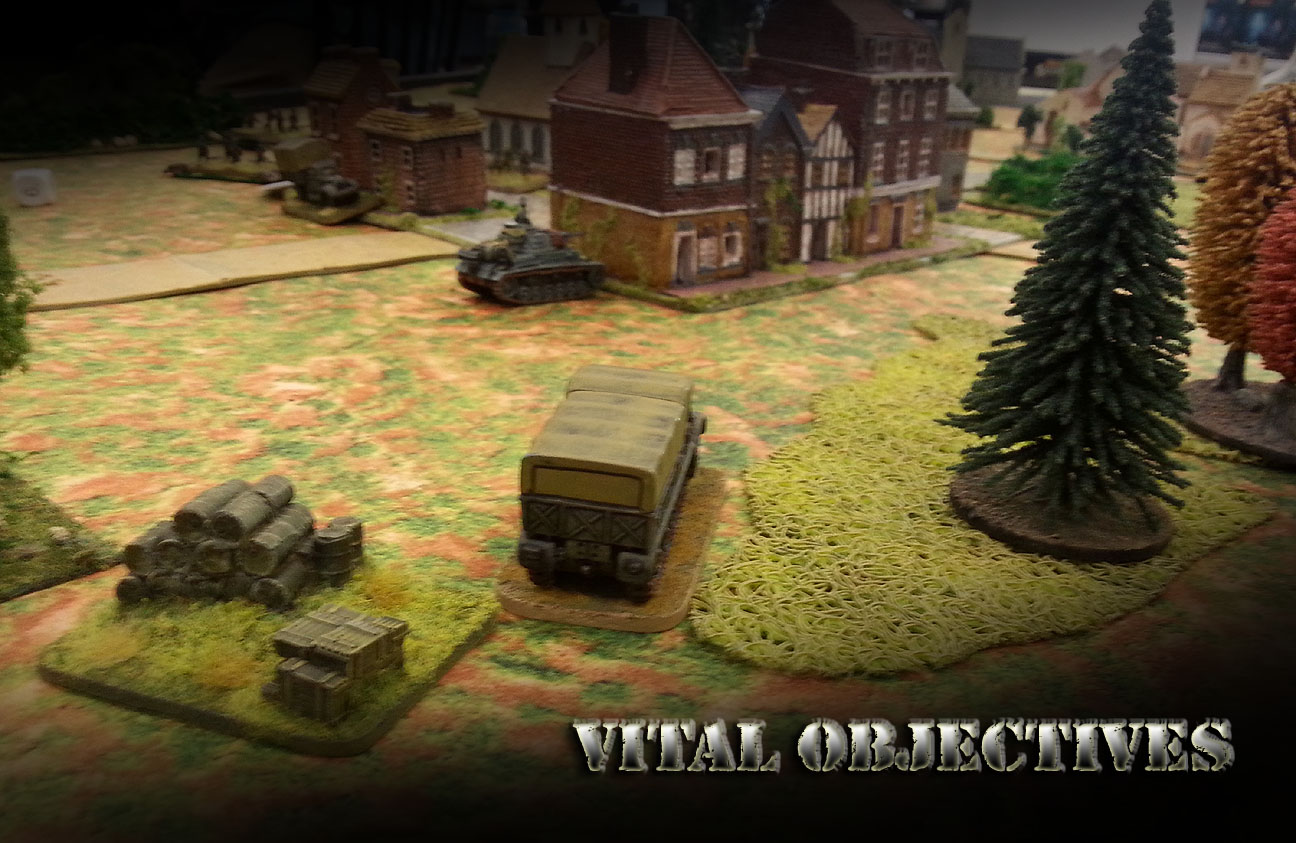 That advance was slowed somewhat by the transports, which are considered slow tracked vehicles.  I was tempted to rush the tanks forward, but that would leave them quite vulnerable to that air support.  The terrain also meant they would be bunched up in that effort to rush the objective.

I had to slow them down just enough to remain in sight of the anti-aircraft guns of the transports. 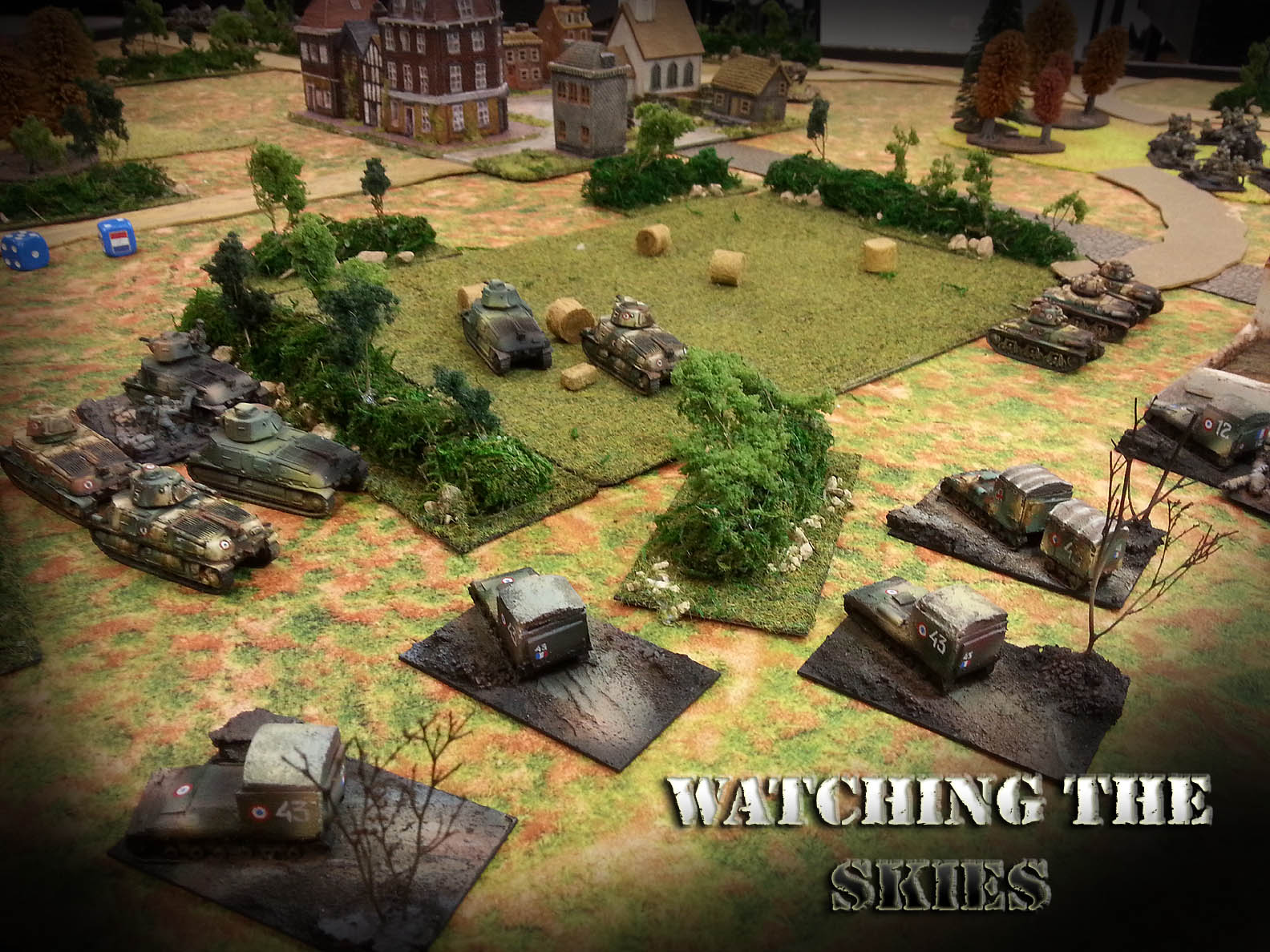 There was a road which provided a measure of protection from the entrenched German positions, but it would be a prime target for any reinforcing tank platoons, of which there were many! 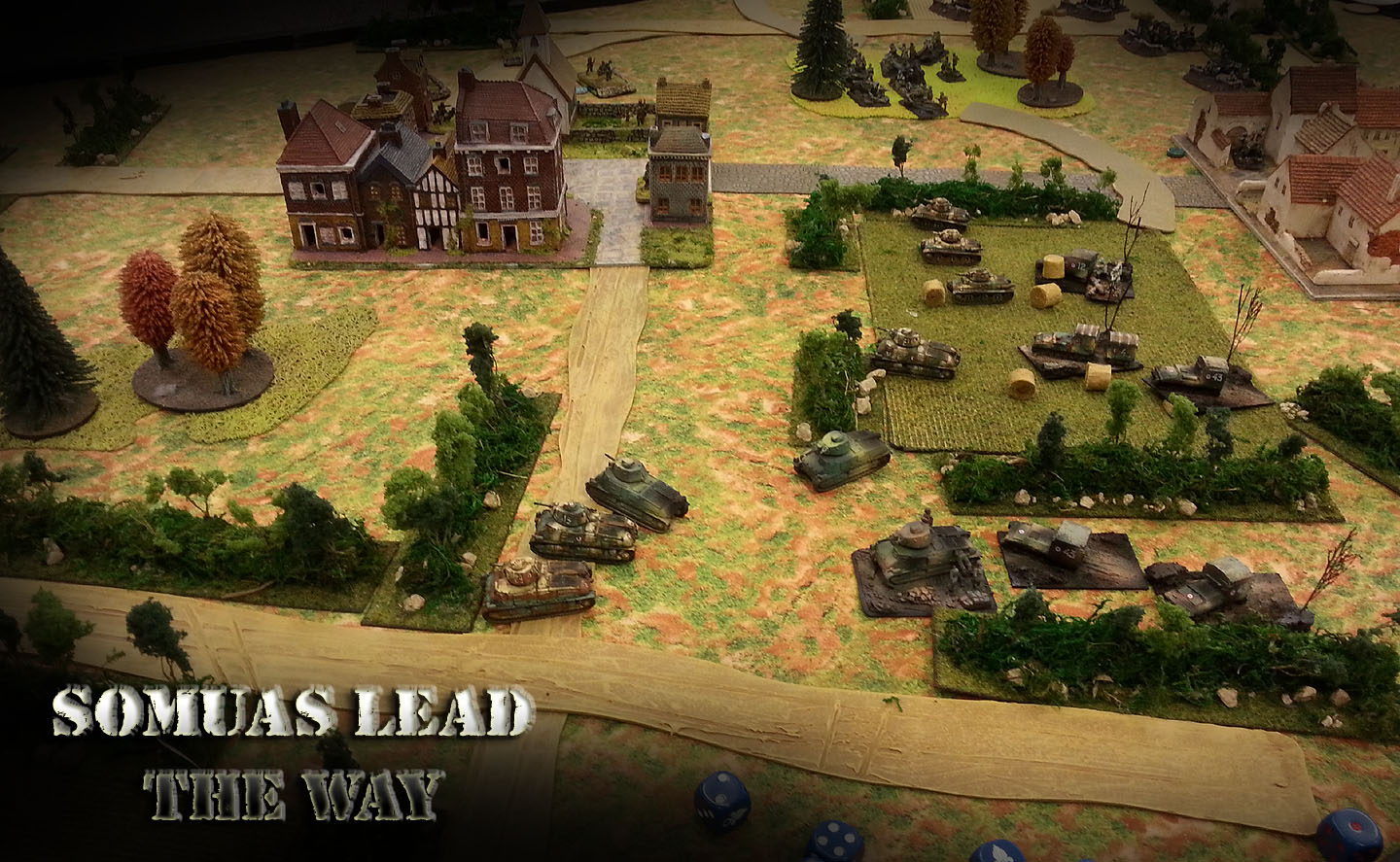 Charles determined that the road would have to be used, regardless of the potential dangers.  At the same time, a small detachment of Hotchkiss tanks was sent towards the town to flank the defenders inside it.

Perhaps that move could split the attention of any arriving reinforcements... 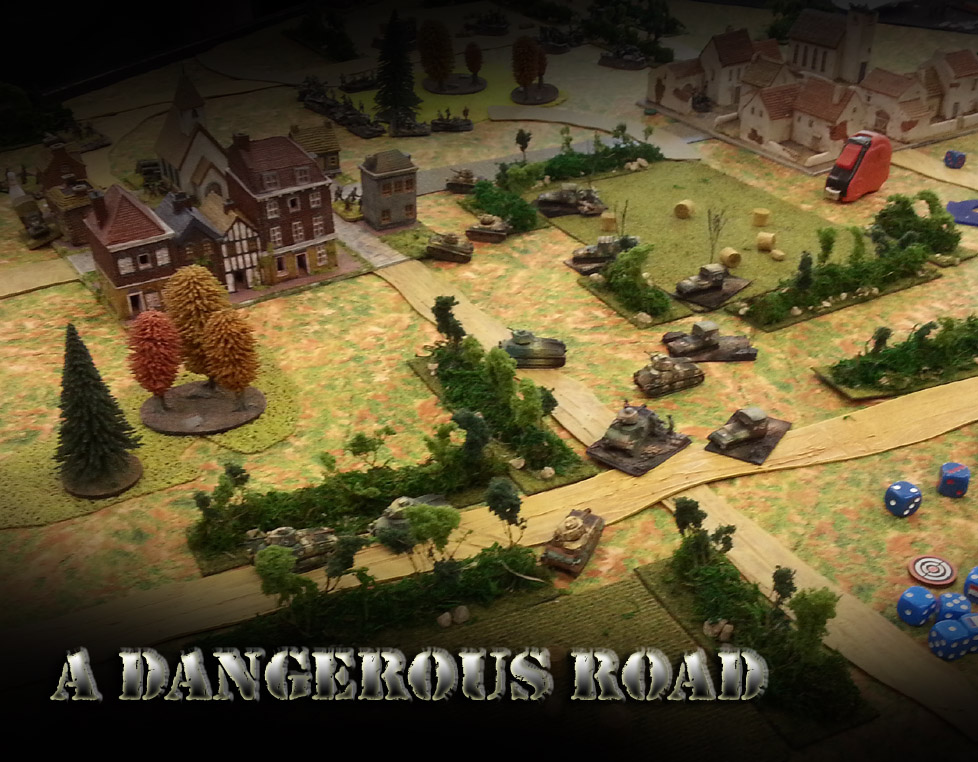 The fight for the other objective in town became an interesting infantry and artillery duel.  The bombardments were not very effective, but the MG unit dismounted from their transport was proving to be very dangerous to the German position.

Perhaps this could be the maneuver which would divide the attention of the Germans just enough! 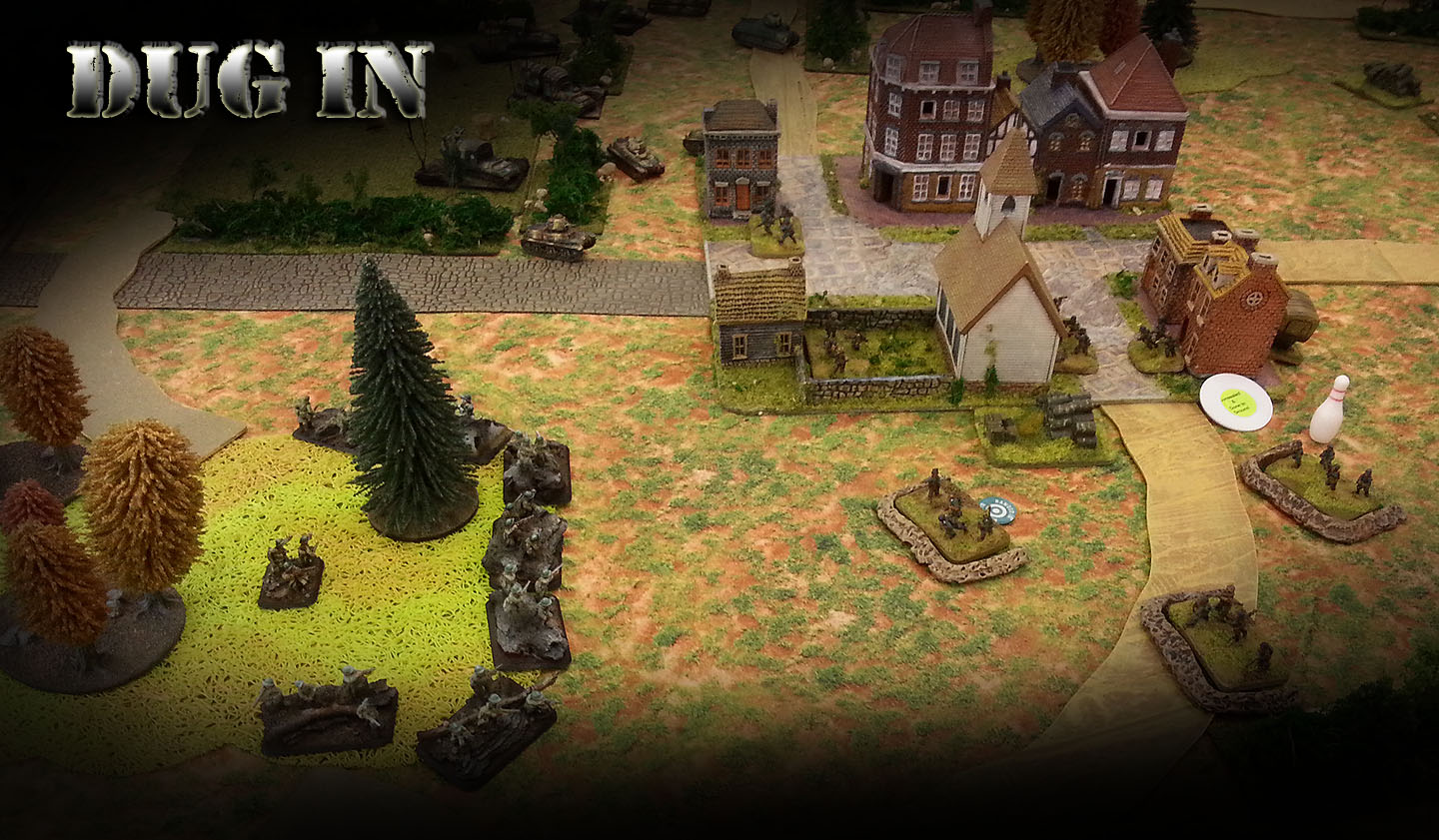 Despite a continuous bombardment by the 75mm artillery, the dug in Germans could not be sufficiently pinned to cover a French advance. 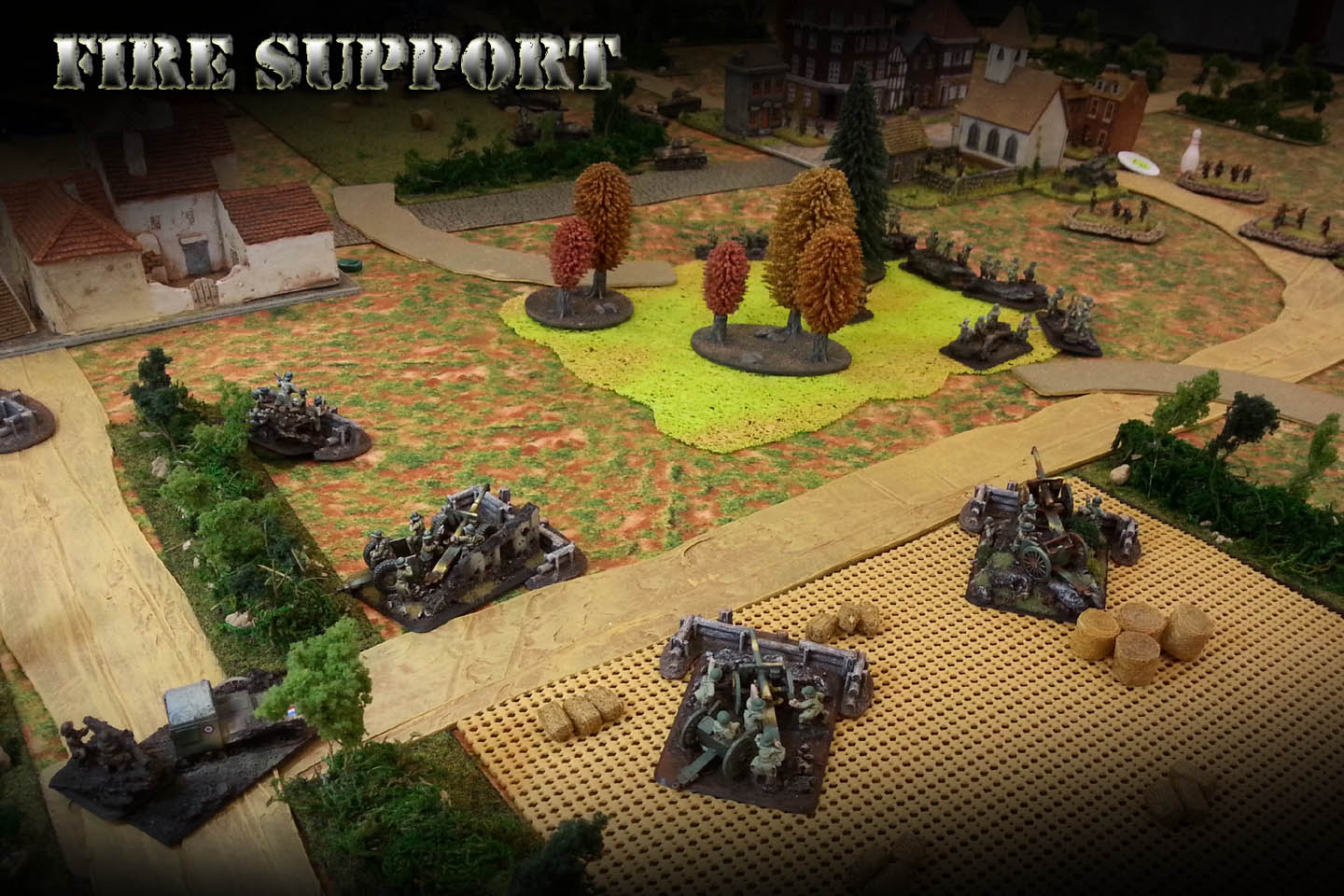 Oh no!  The armor support not only arrives early, but exactly where the Souma column is most vulnerable.  It will be difficult to avoid major casualties here! 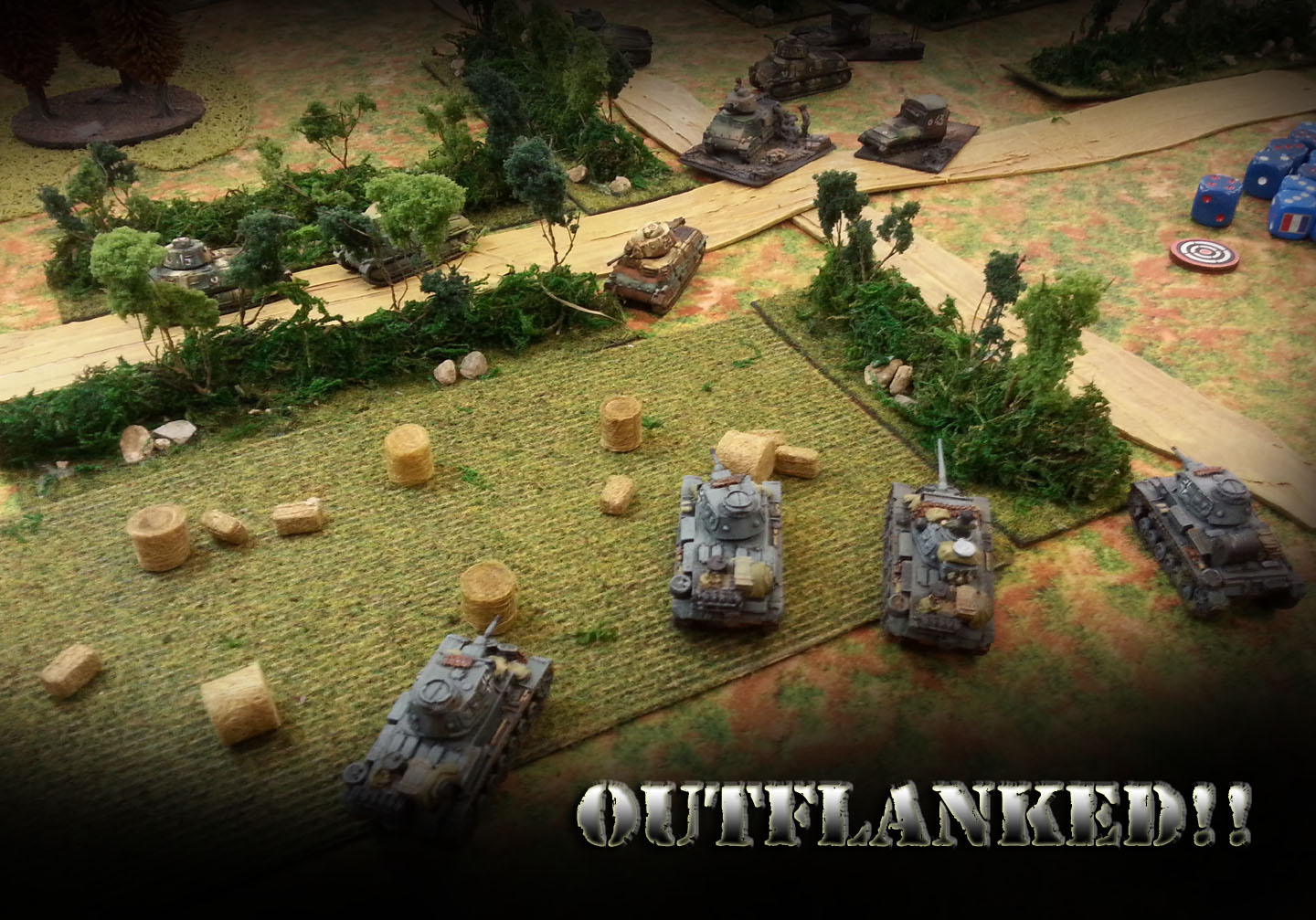 I had avoided putting too many vehicles jammed together on the road, worried about them being trapped there if the first and last tanks were to be knocked out.  Apparently that is not something that I needed to worry about.  Next time I will make more use of these 'tunnels' through the hedges.

Can the armor and infantry elements combine their advances to claim the objectives?  What role will the troops in the armored carriers play?  Find out in the next episode: Sacrifice of Heroes. 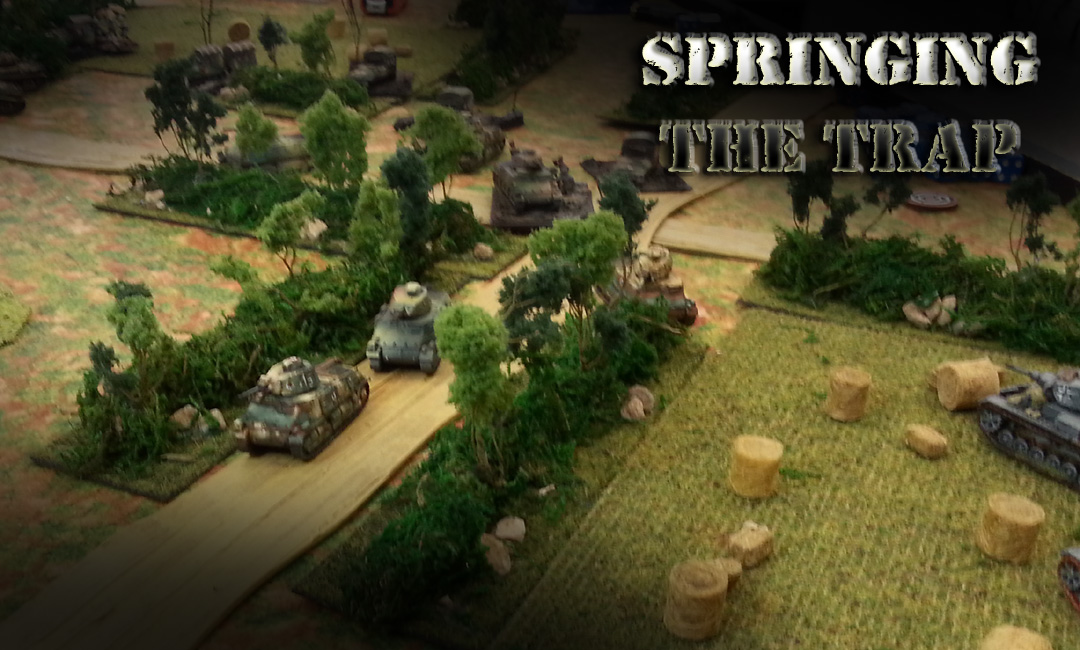