When you have an itch... scratch it 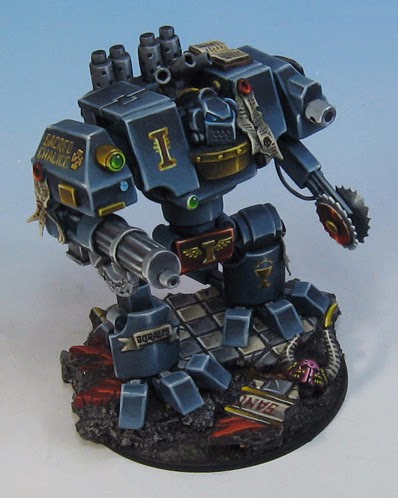 When I first started playing my Demonhunter army. I got a notion to start using dreadnoughts.  Since I had no funds available for such a purpose, out came the Sculpey to the rescue!

I think I ended up scratch building as many of six of these...

This time, I used a newer type of Sculpey, which is grey.  This is a type of clay that is used for movie mock ups and other similar projects, since it holds an edge very well, but is pliable. 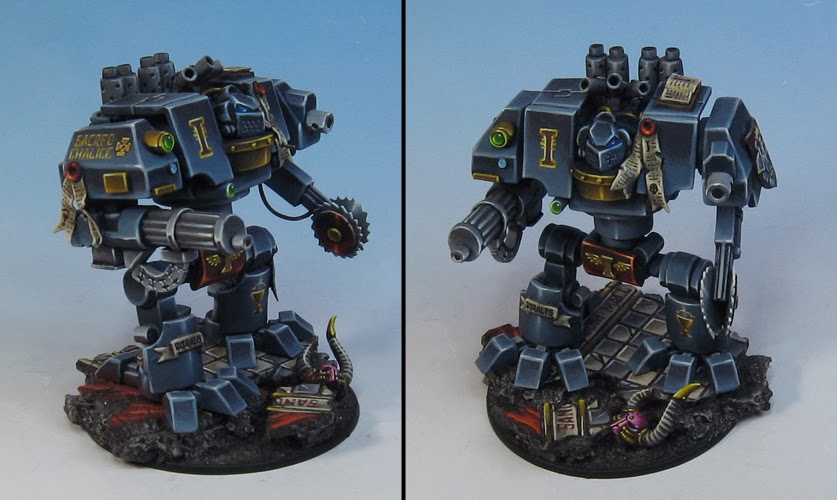 I became very adept at scratch building these things.  In fact, I was able to make all the individual parts pretty rapidly, and them glue them all together once they had been baked. 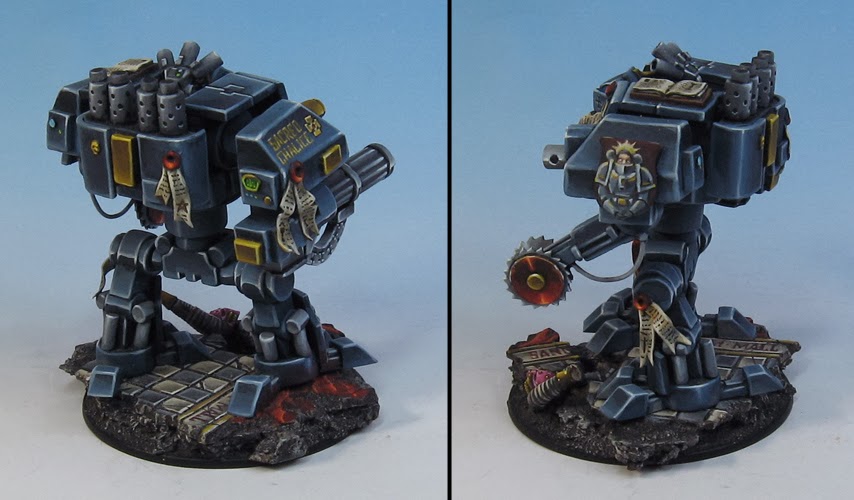 This made for some very nice smooth edges, and a solid design.  They were pretty strong, since 5-6 years later, they are still just fine, after seeing a lot of action. 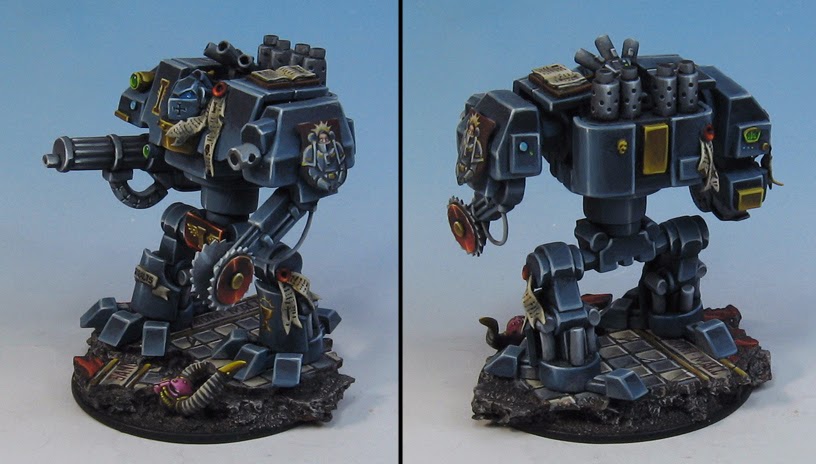 I was also to use the clay extruder to create several kinds of thin sheets.  They were like plasticard, but completely flexible! 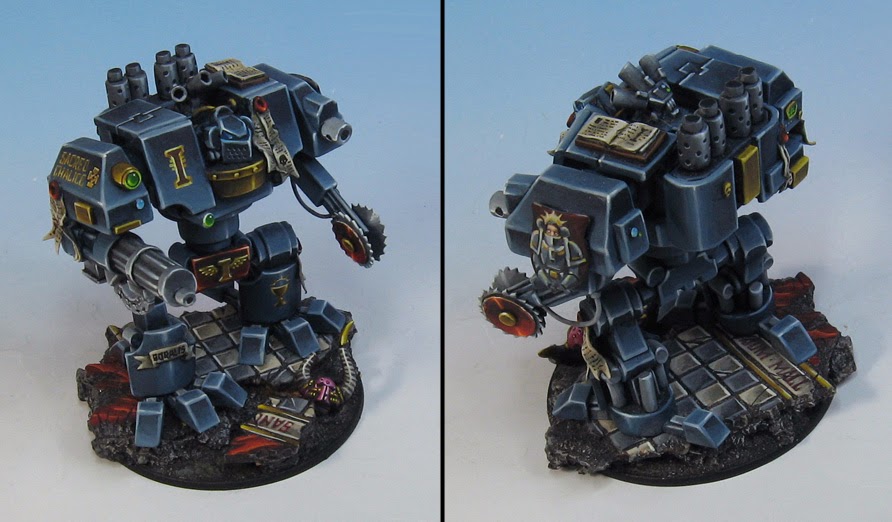 The base was my usual cork and white Sculpey design.  For the assault cannon, I used a plastic wall anchor. 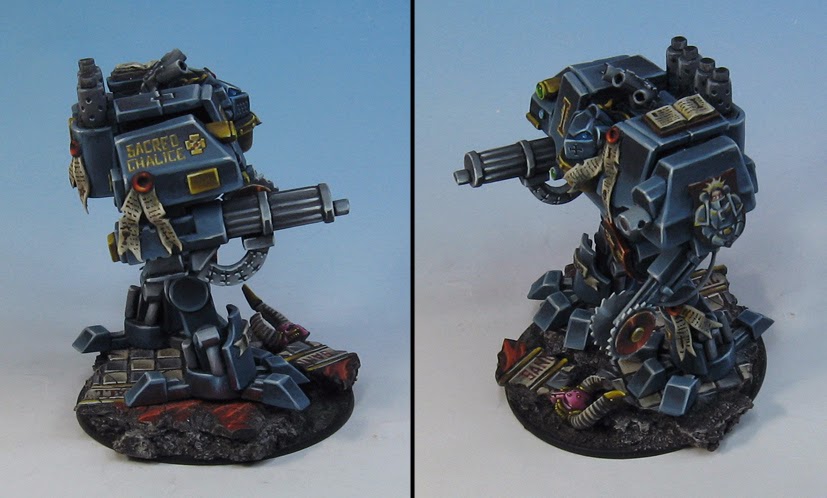 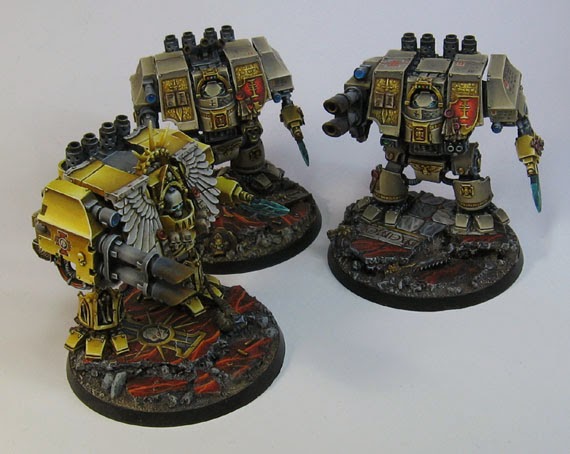 For as many strange things have happened in the World Series so far, there has not been a triple play.  It probably will happen with all the mayhem on the base paths...

In the meantime, the Three Amigos! 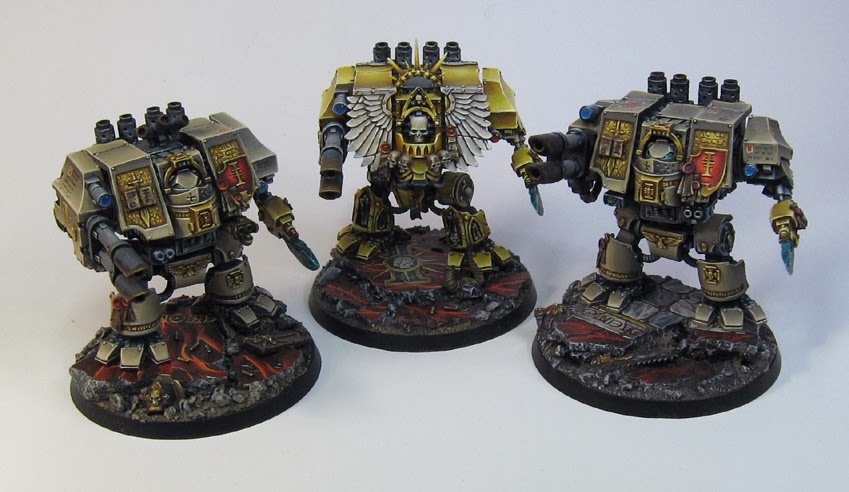 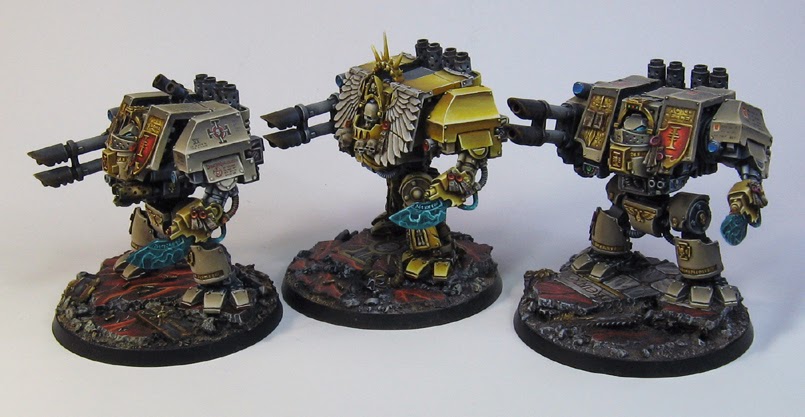 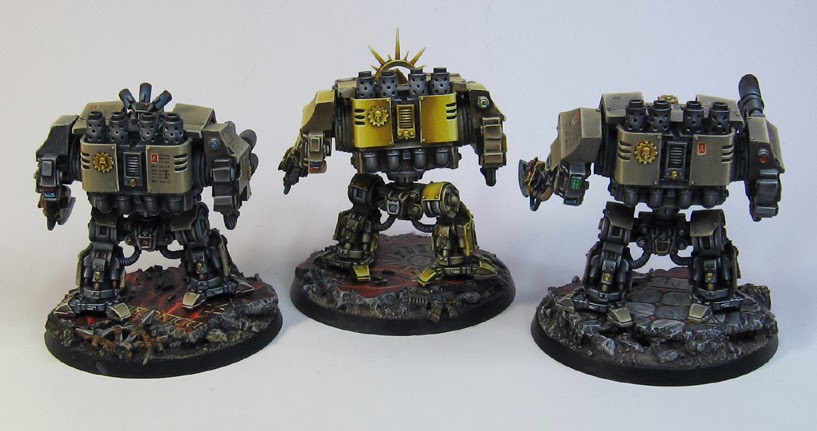 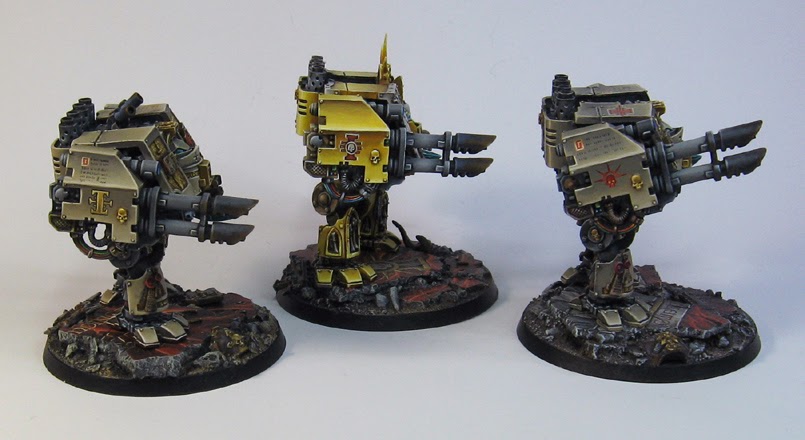 I think we're missing someone... 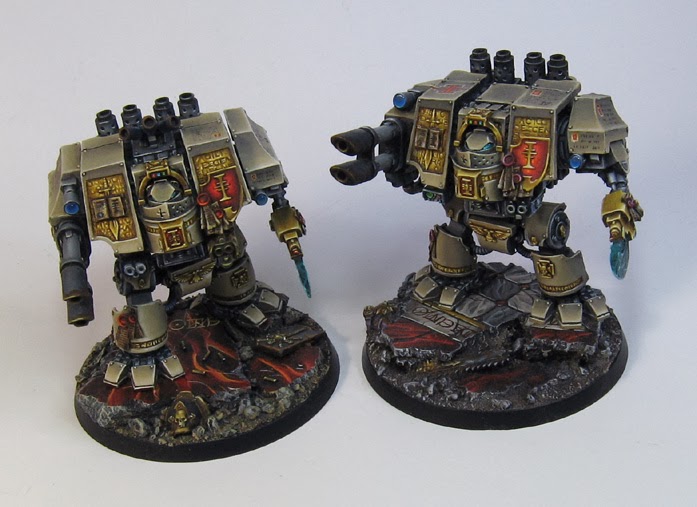 Posted by wappellious at 4:16 AM 2 comments: